The President and I want to again thank the eleven members who showed up and helped make this P&P a successful and fun event…and another big thank-you to all of you who donated kits. 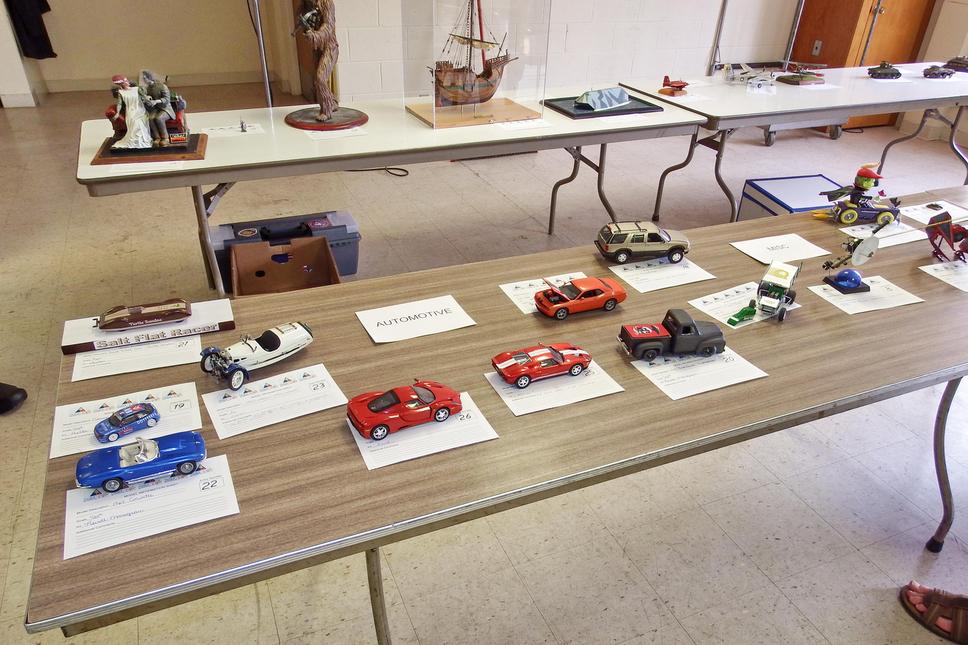 ​Here is a shot of some of the car models…except for JR’s winning model which arrived late.​ 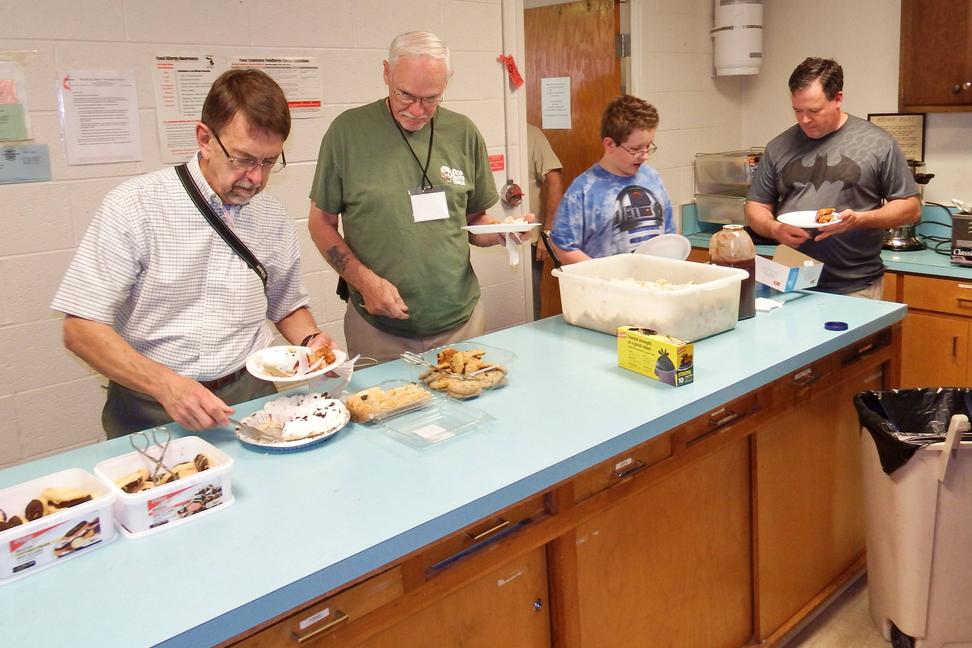 Here Michael Novasad is back for thirds.  OK, I made that up…. 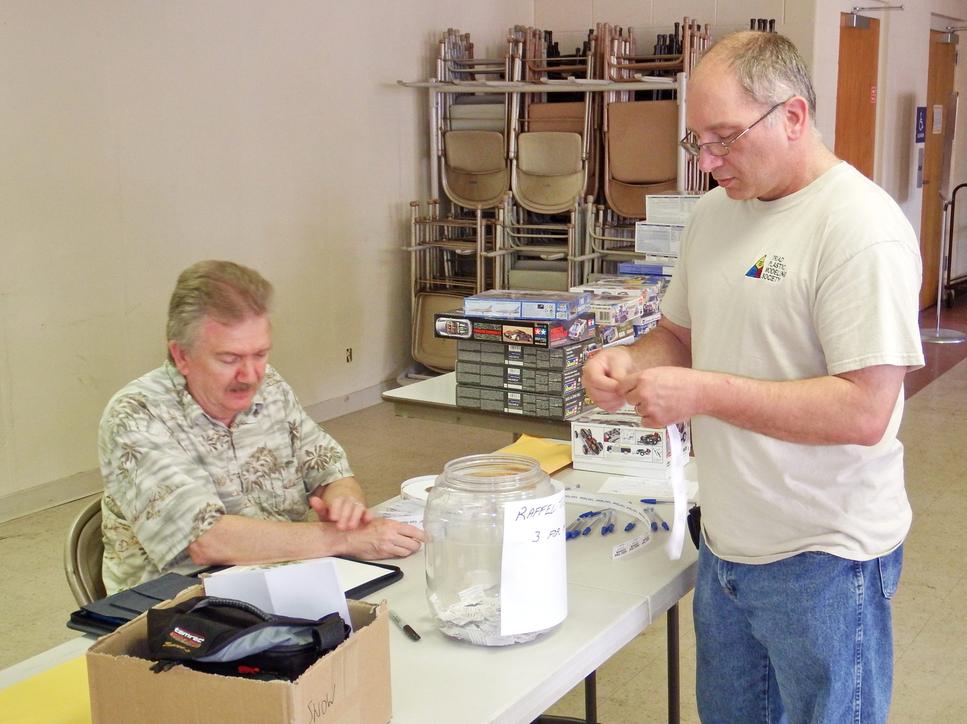 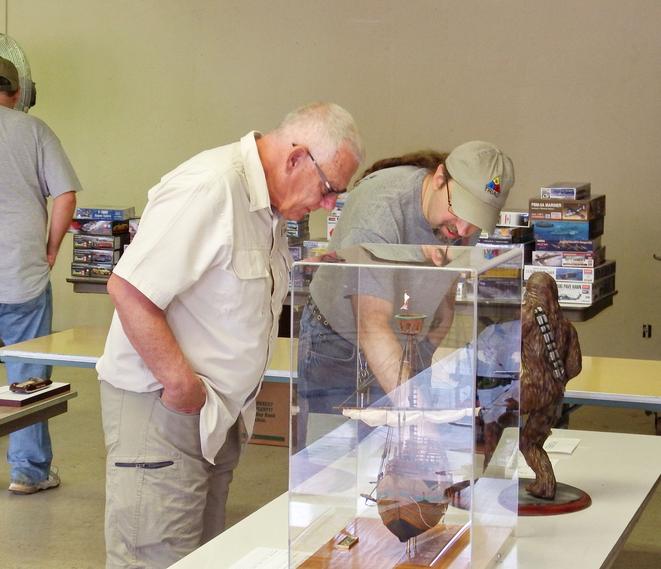 Tom Ralya and Darrin Watts are checking out the Watercraft and Figure models. 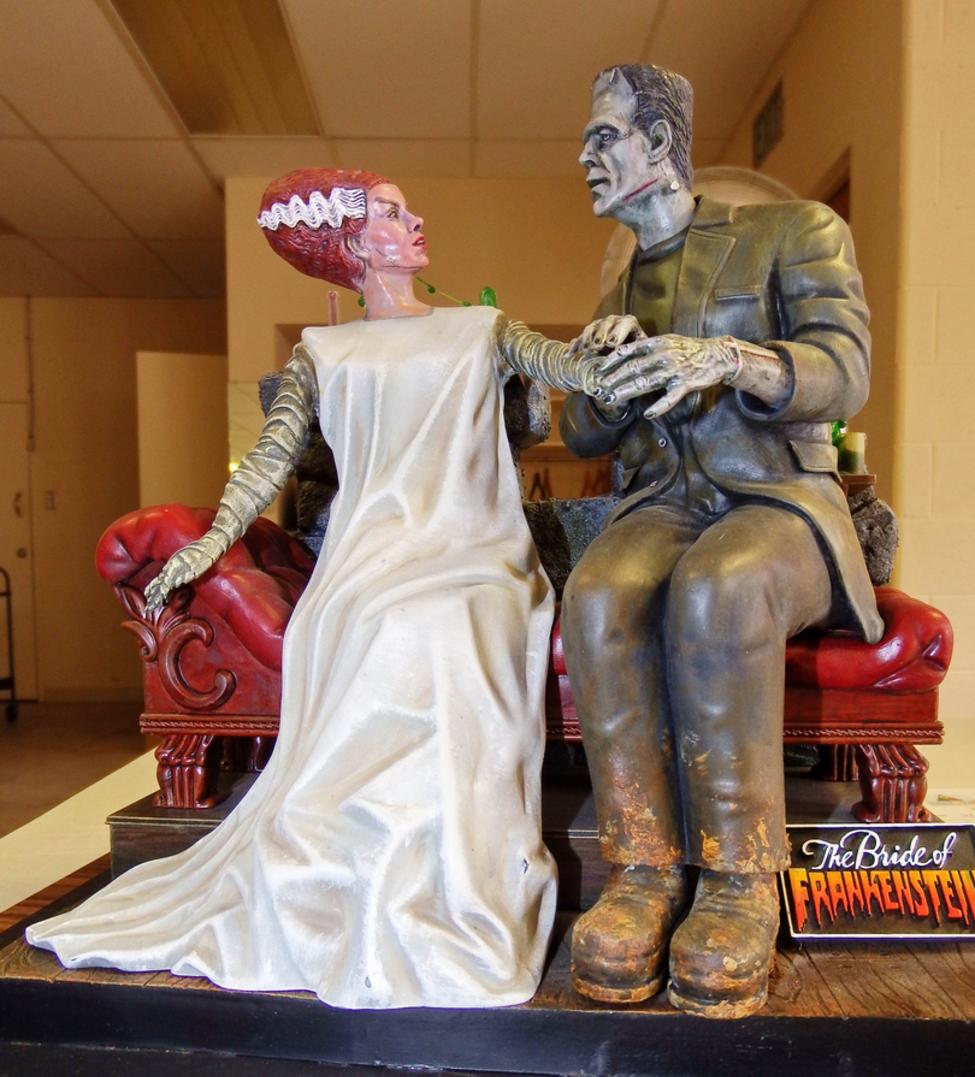 Here is a photo of two of our members sharing a special moment.  They won the hearts of the attendees and took first place in the Figure category. 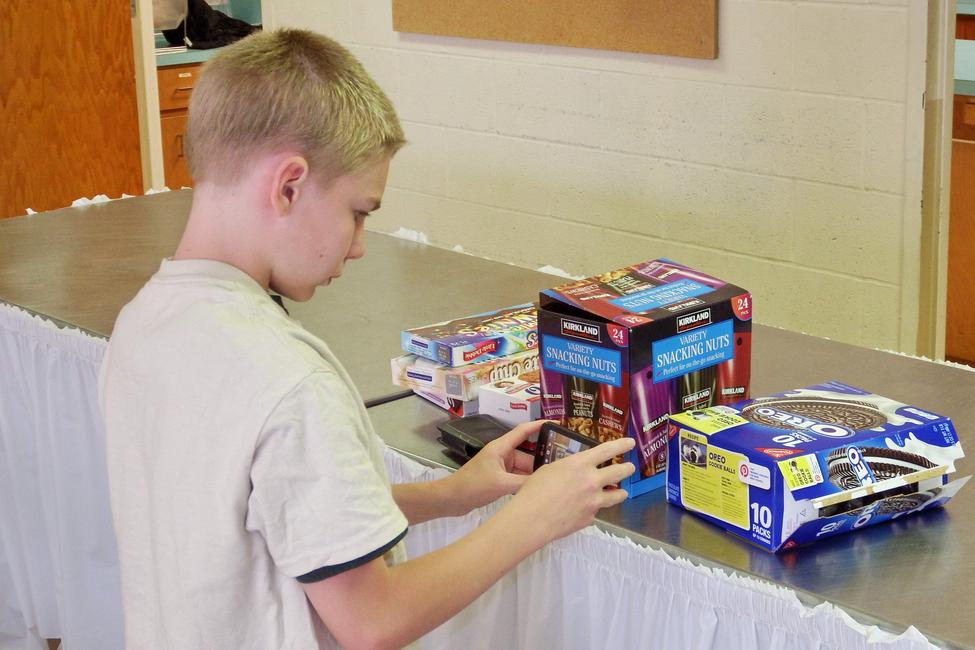 Here is something cute.  I saw Caleb Beck taking a smartphone photo of a box of Oreos.  I had to ask him why.  He said he was taking a photo of a recipe he found on the box and thought his Mom might want to try it.  Cute. 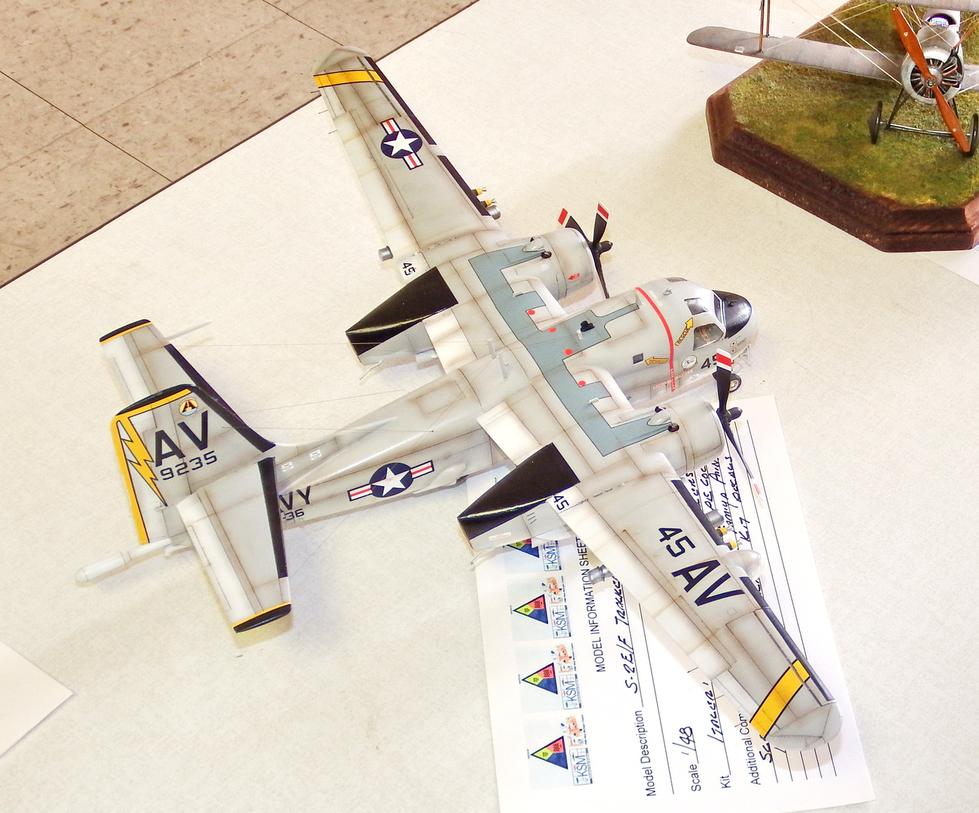 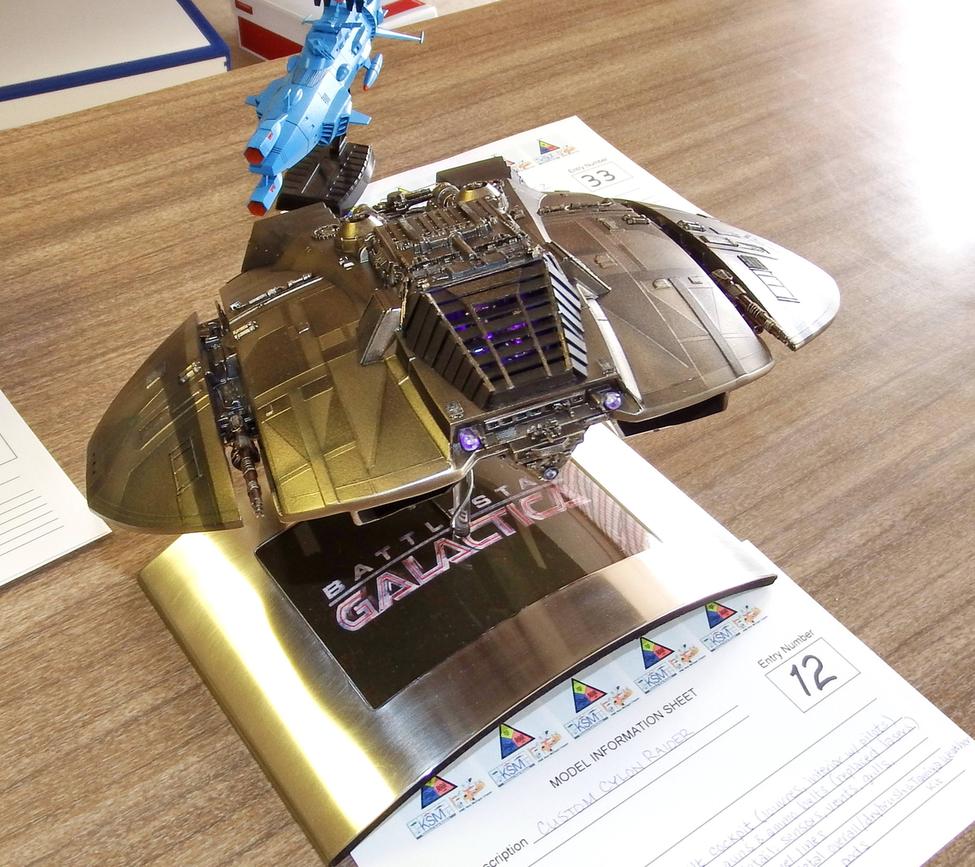 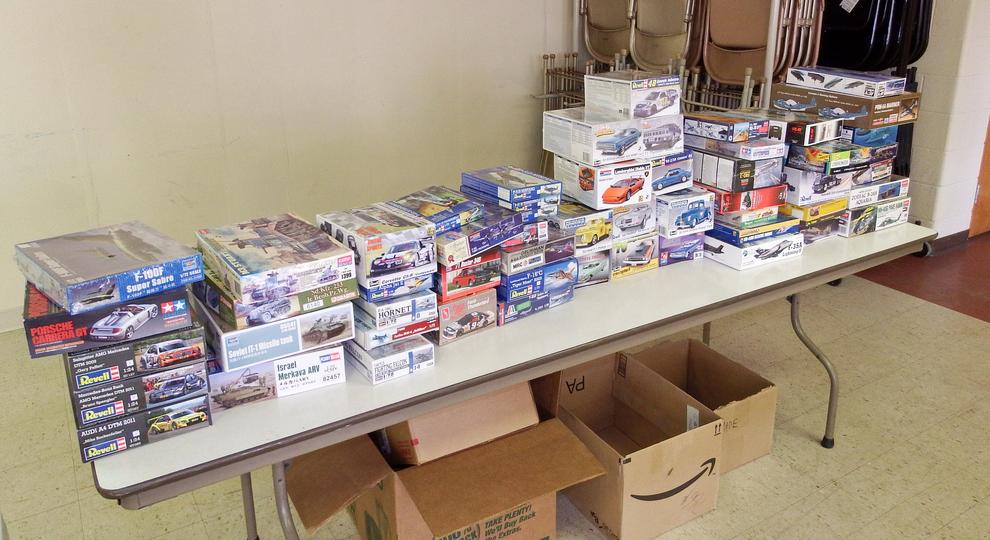 And here is what Jerry raffled away…55 kits!!  Thank-you, TRIADS, for your generosity!!  Every attendee went home with at least one kit.  Darrin Watts didn’t go home crying this year!  And some members ended up “winning” the kits they brought!  JR was late arriving so two winners donated their kits to him…turned out…they were the kits he donated!!  Funny!  And Feller and Bob might be receiving a kit that was won and set aside for them…I know Al was thinking of those who couldn’t be there.  Nice.  Maybe I should start liking him….   Maybe later….   ;-) 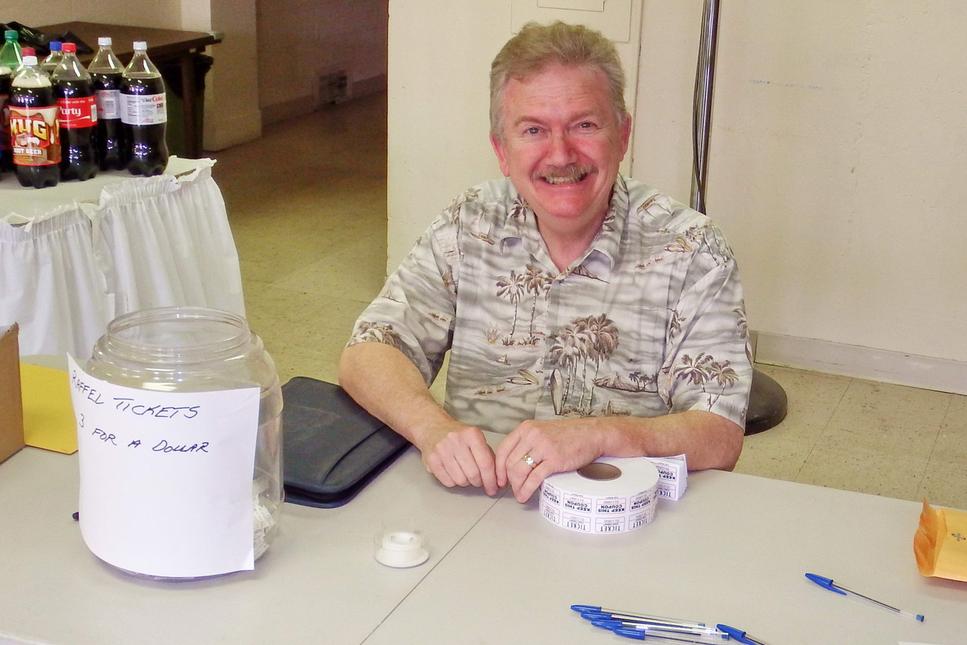 And then there’s Jerry Bridenstein…this is what you look like right after you retire…. 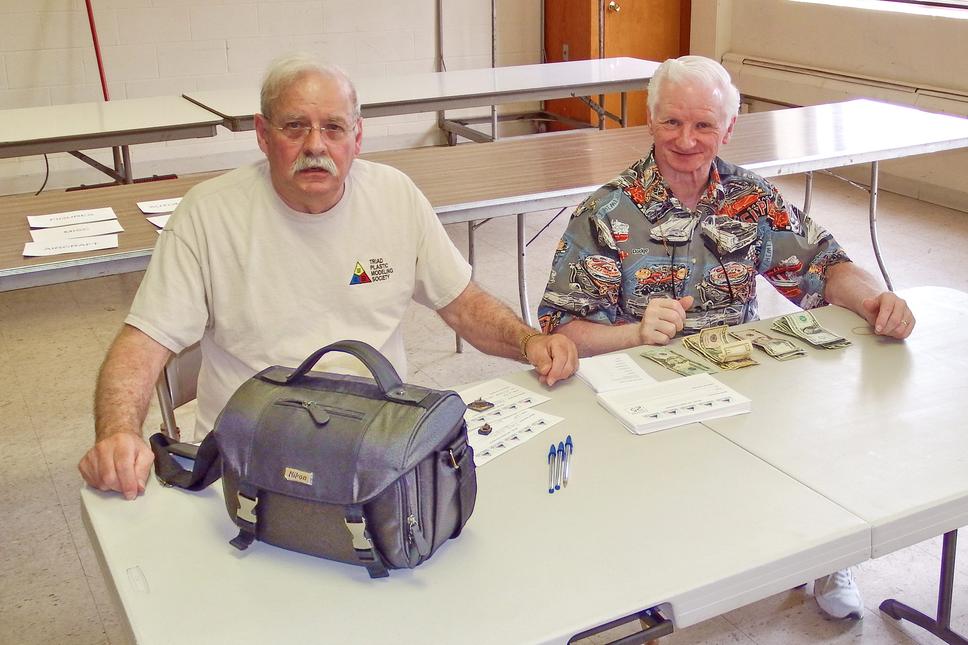 Wonder why Al George and Tom Bauer are happy?  Just look at all that money!

First, I want to thank the ELEVEN members for not only attending but who also helped set up and tear down, handled the registration and raffle, and prepared the food.  You guys ensured that this year’s P&P was a success!  THANK-YOU.  These eleven members represented almost half of our active membership.  Great turnout.