​Doug’s next trick was highlighting panel lines.  He uses MIG enamel panel wash.  It must go over acrylic gloss paint.  After application, let it dry 30-40 minutes and wipe off.  You can also remove excess with odorless mineral spirits.  ​ 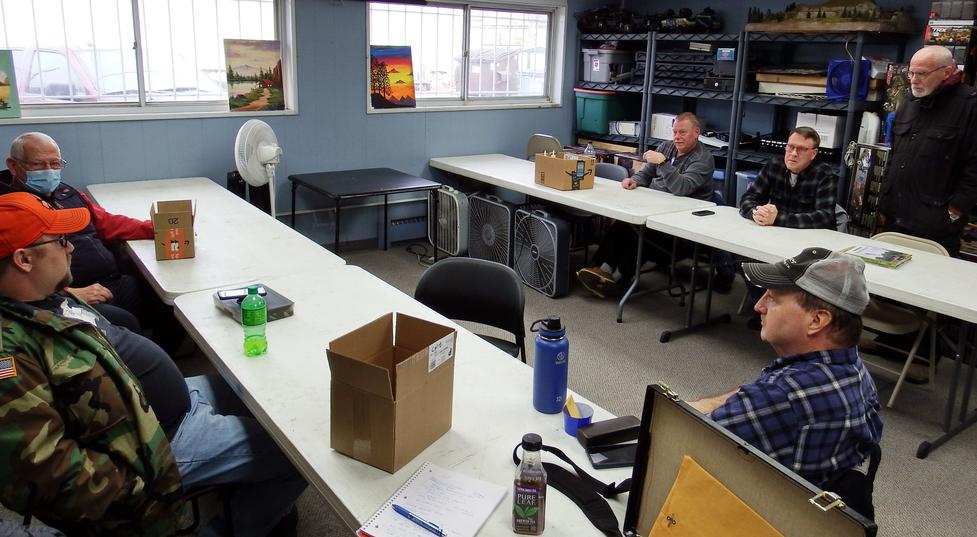 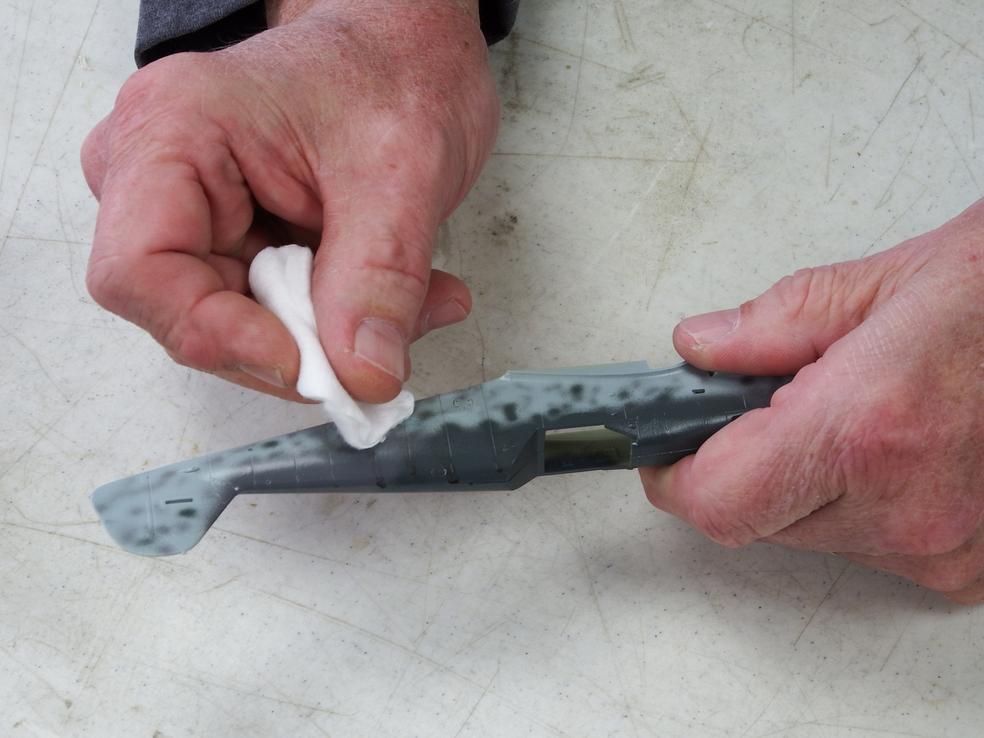 ​President JR had two suggestions.  The first was to use small “coin” Manilla envelopes to keep your tiny twist drill bits.  Store them by size.  Next, he showed us how to give a urine sample.  How this relates to modeling, I don’t know!!  What???  Oh…things are not as they appear…he uses these cups to keep his parts organized…for instance, this cup is used to store the parts for step #14.  Boy, I sure hope he washed out the cup first…….. 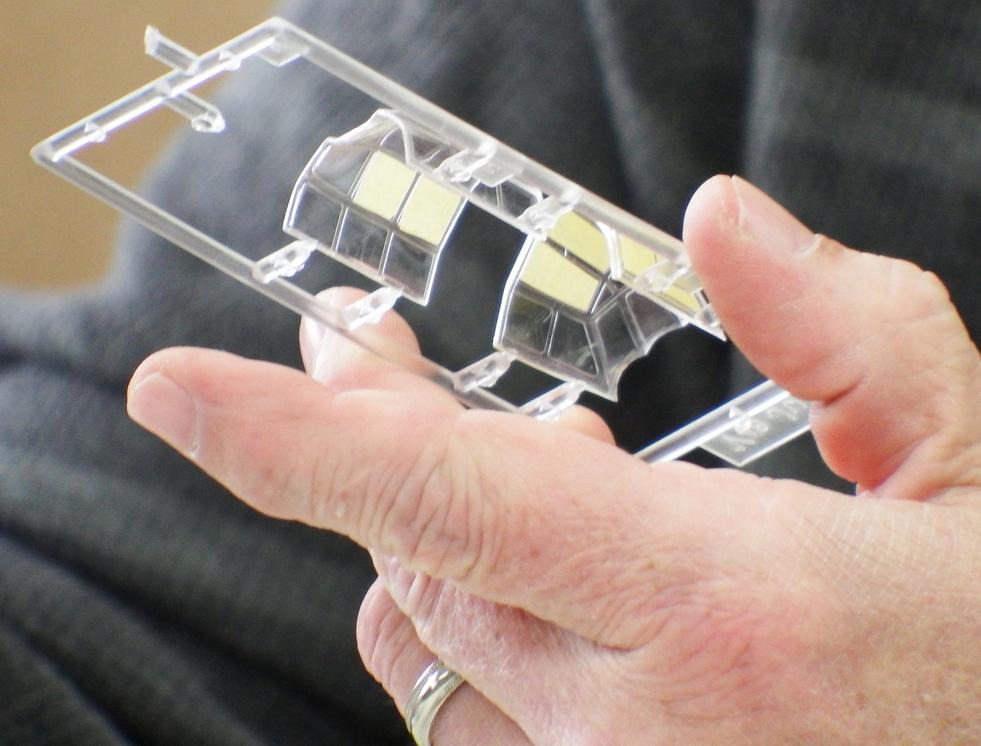 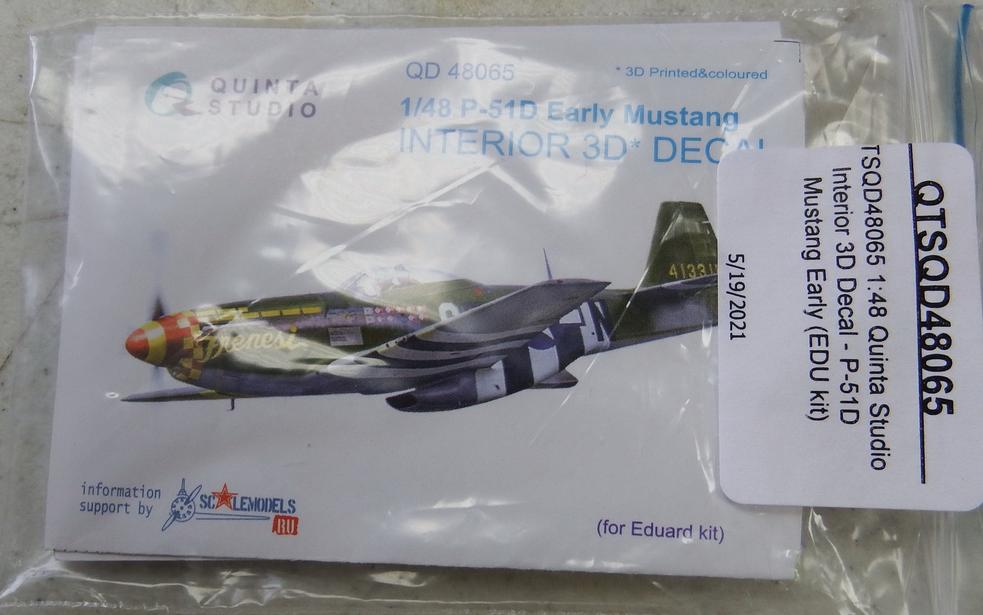 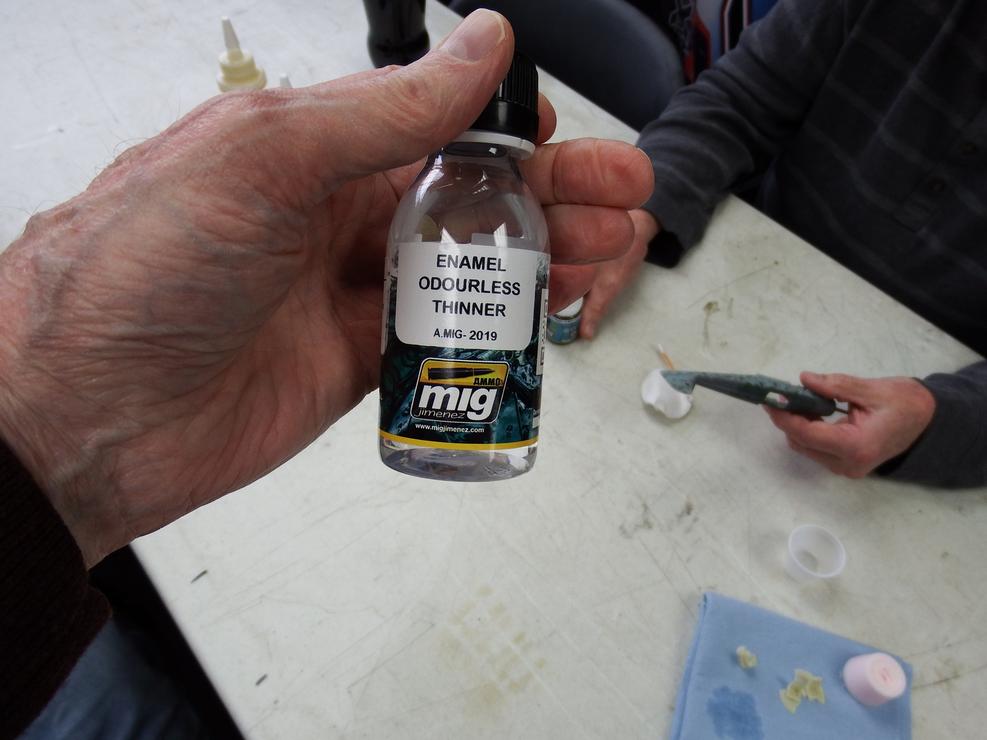 You cut the tape off the frames with a new, sharp hobby knife. 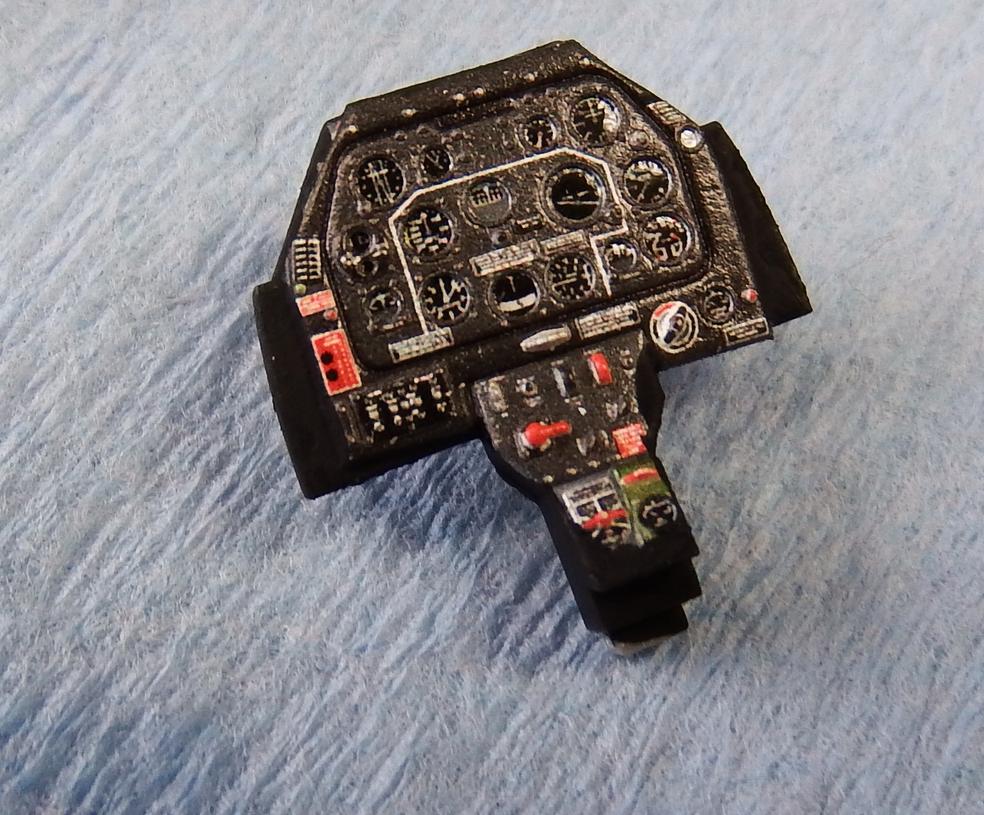 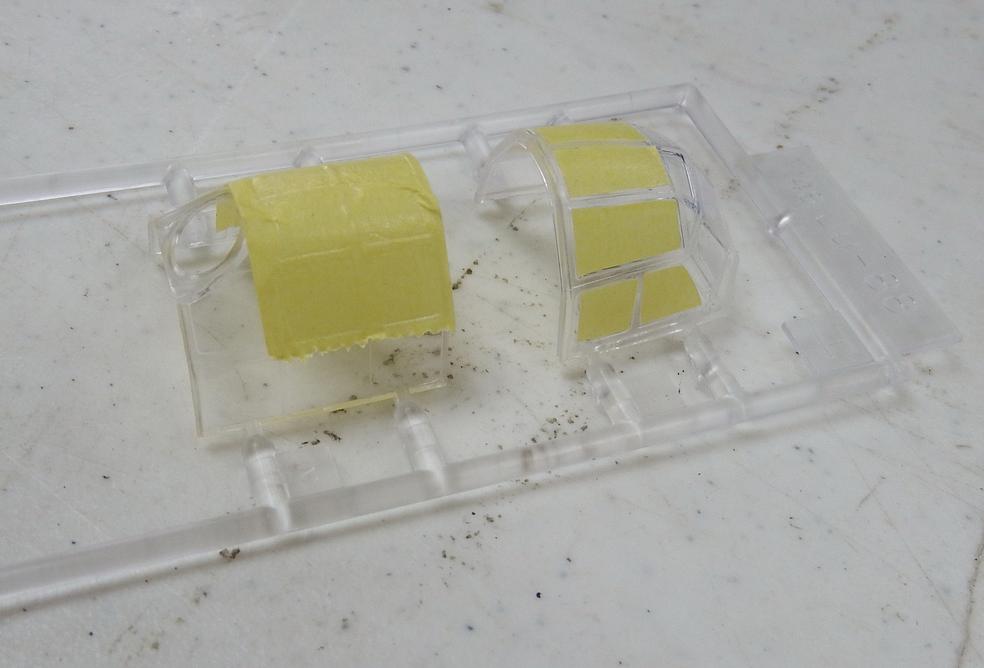 ​His other technique requires a mold to be made of RTV rubber.  Doug takes the master and superglues it to the bottom of a cup.  He then pours the RTV into the cut and let it cure.  He then removes the master (some molds have to be two part) and pours the resin.  After it is cured, remove your copy!​ 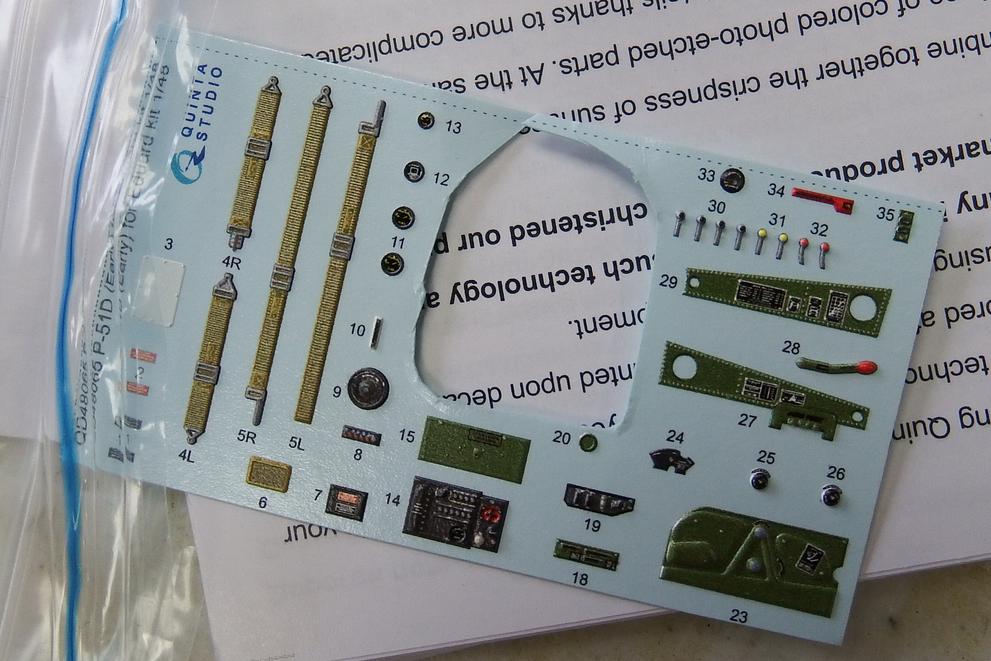 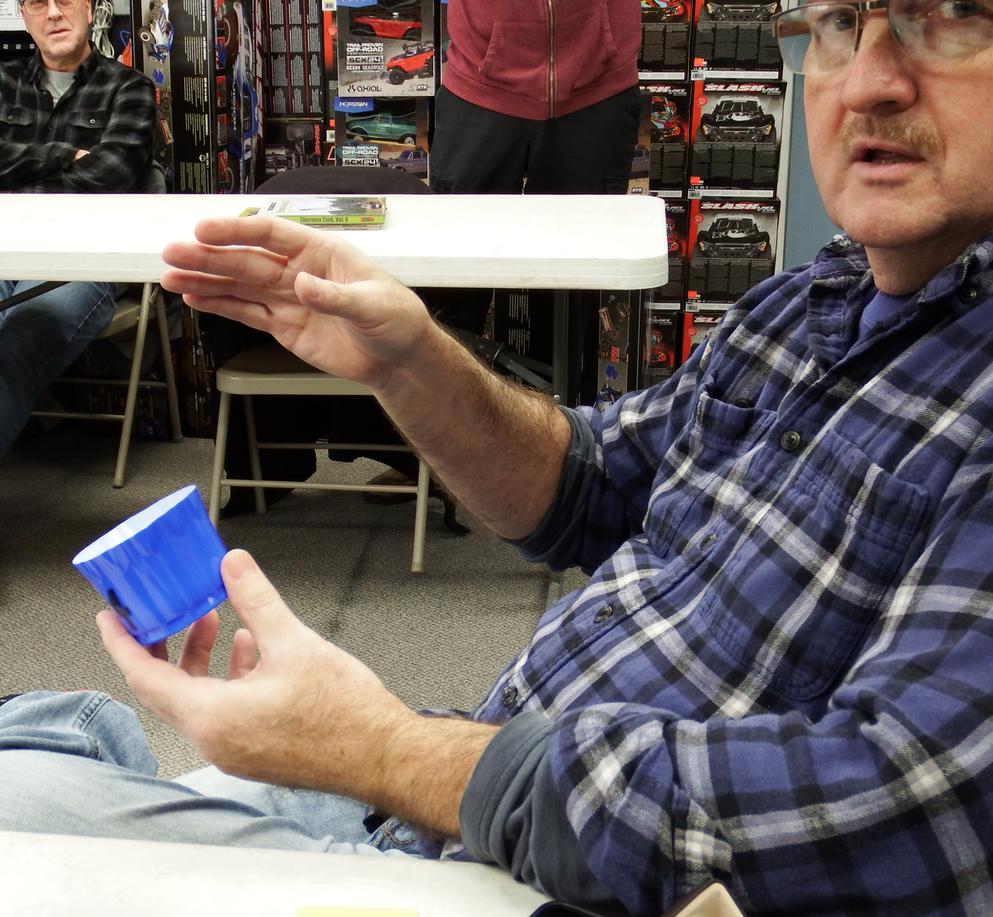 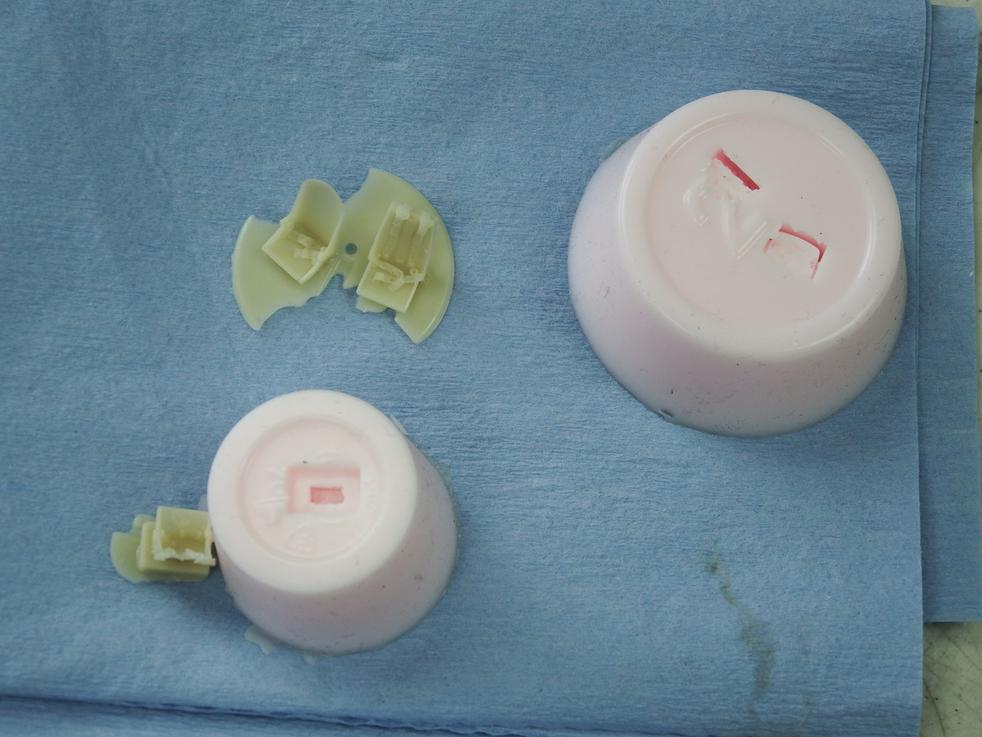 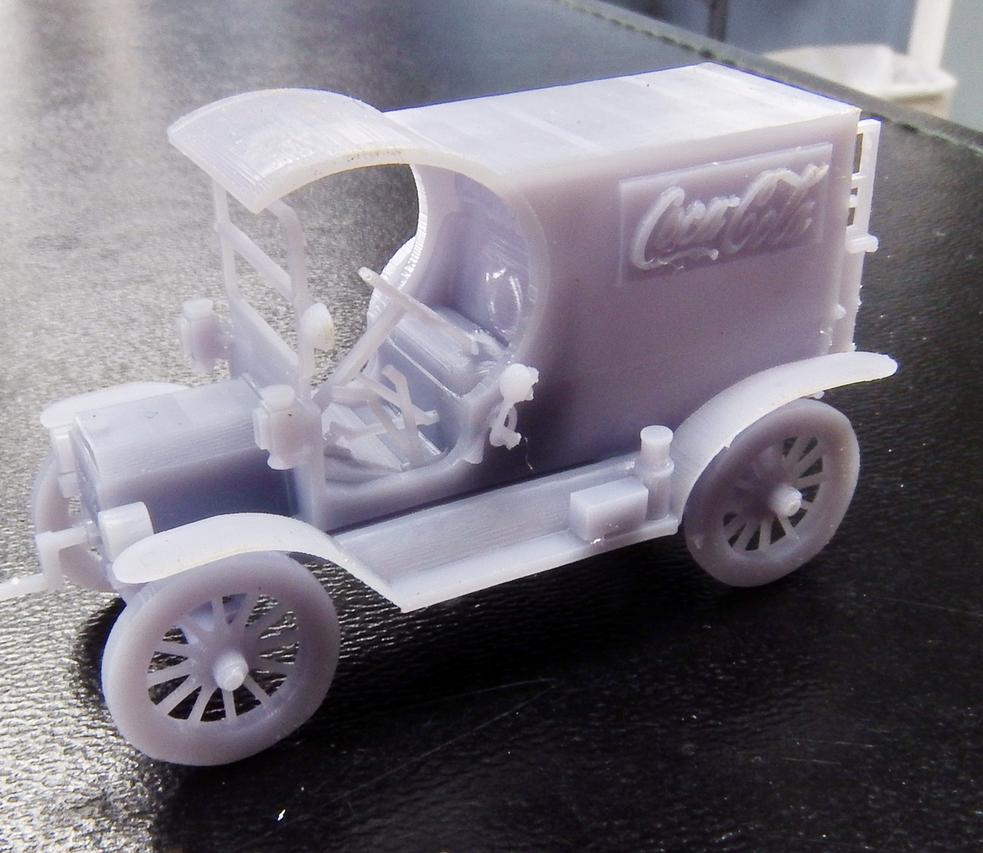 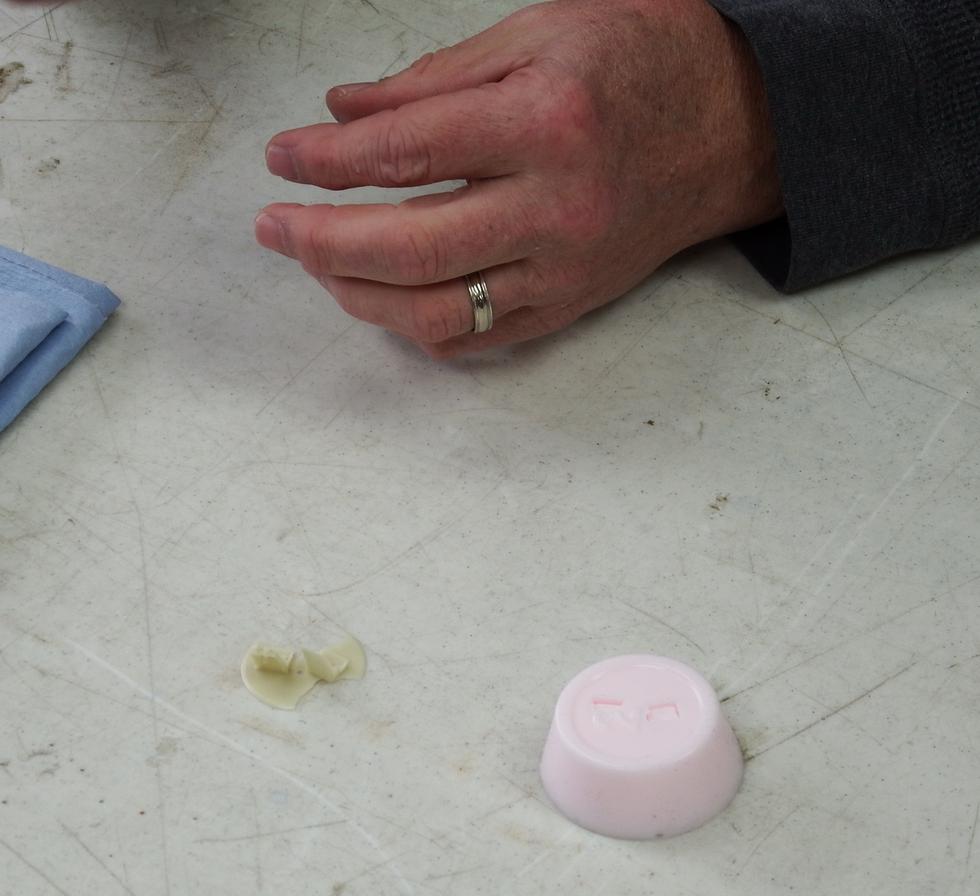 ​Doug’s final recommendation for the day were these vinyl cockpit instrument decals.  The detail is astonishing!!!  They are water slide, are 3D, and look incredible.  He says these are better than the Eduard ones.  I think he said these cost about $12.  He applies them with white glue. 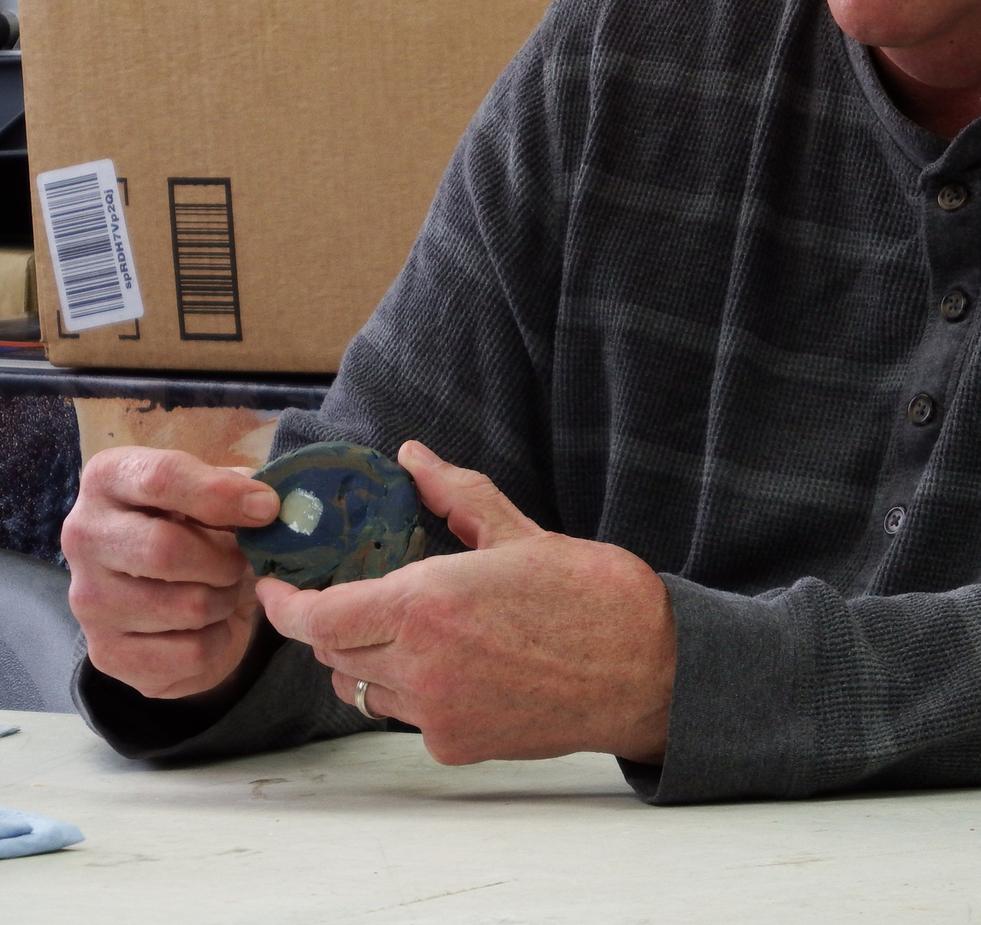 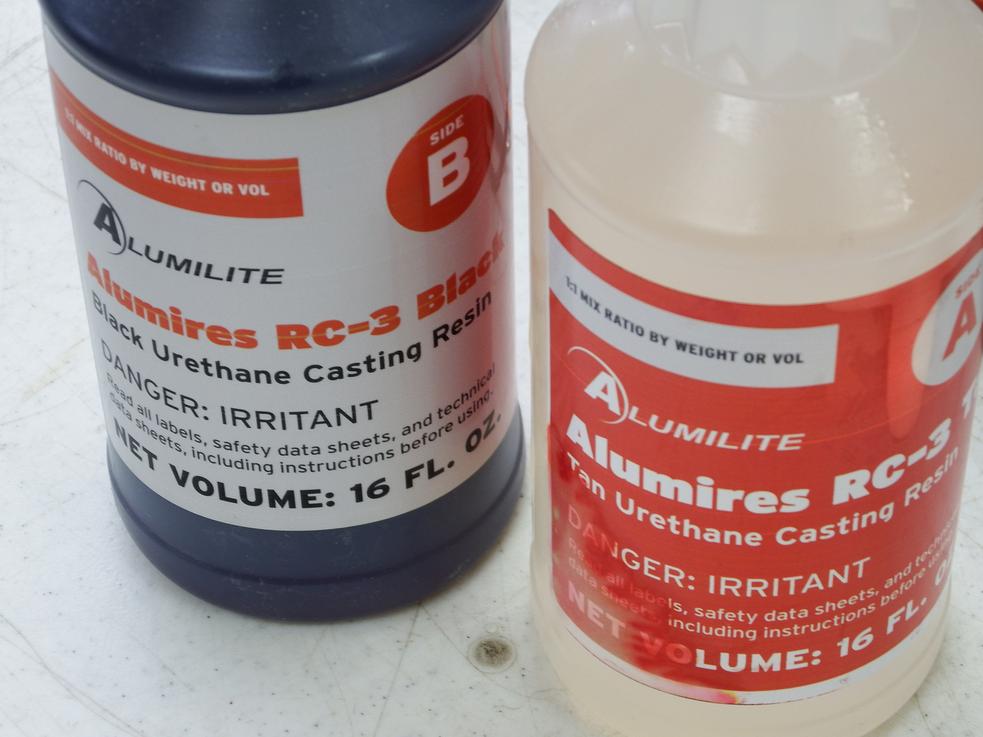 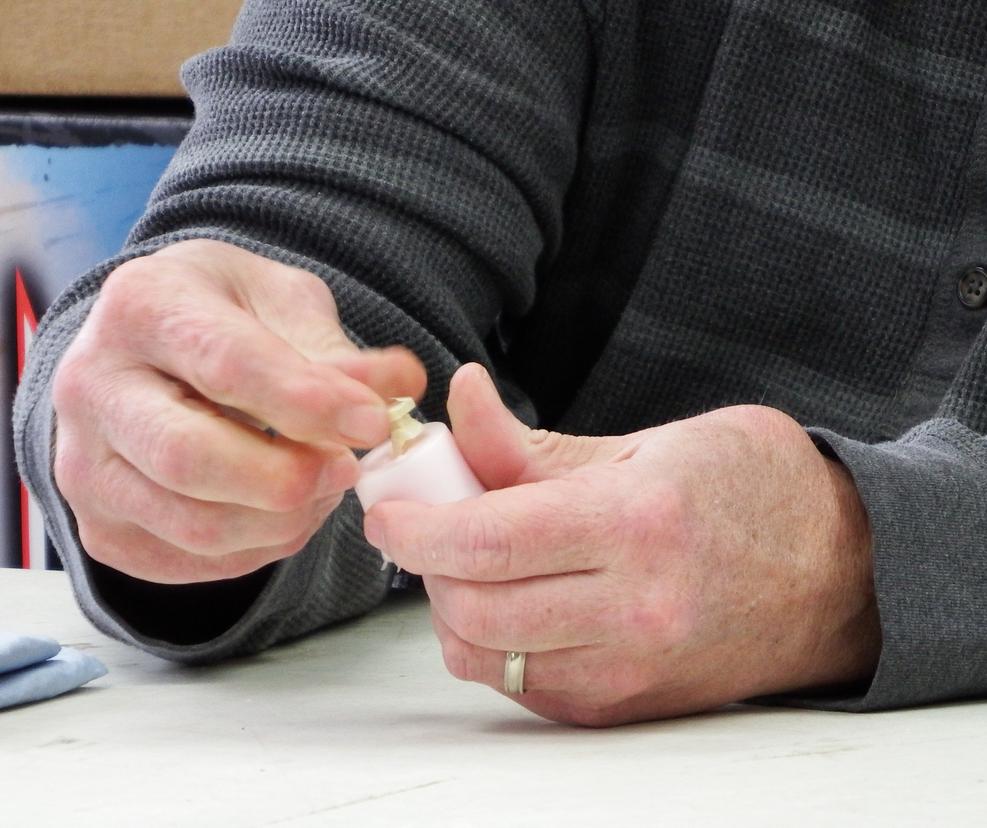 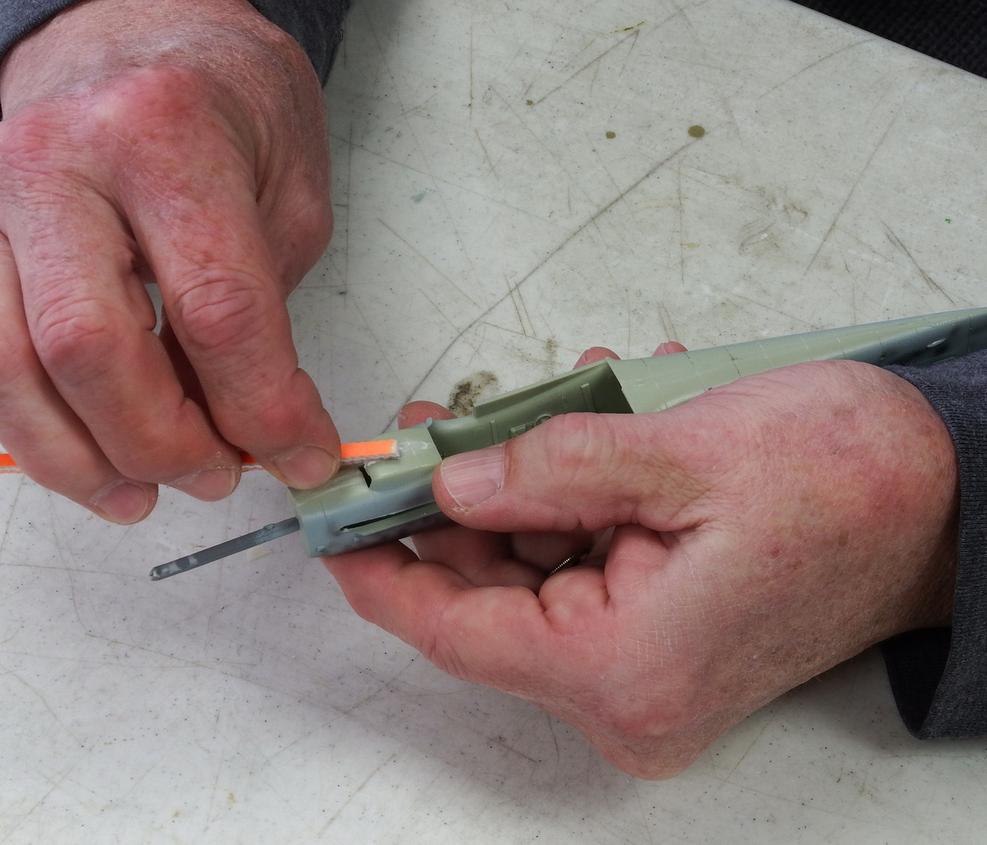 ​Skill level 1.55 has a revolutionary new modeling idea…just purchase your models from Stan Carrier, paint, and weather…and your done!  This 3D printed Model T truck is only 1.25” long!  Look at the detail!  Incredible!  Thanks, Stan!

​This next tip addressed the dreaded seam along aircraft fuselage halves.  Doug recommends Gunze dissolved putty.  He lightly brushes it on, lets it dry,  and follows up with a light sanding.  He makes it look easy! 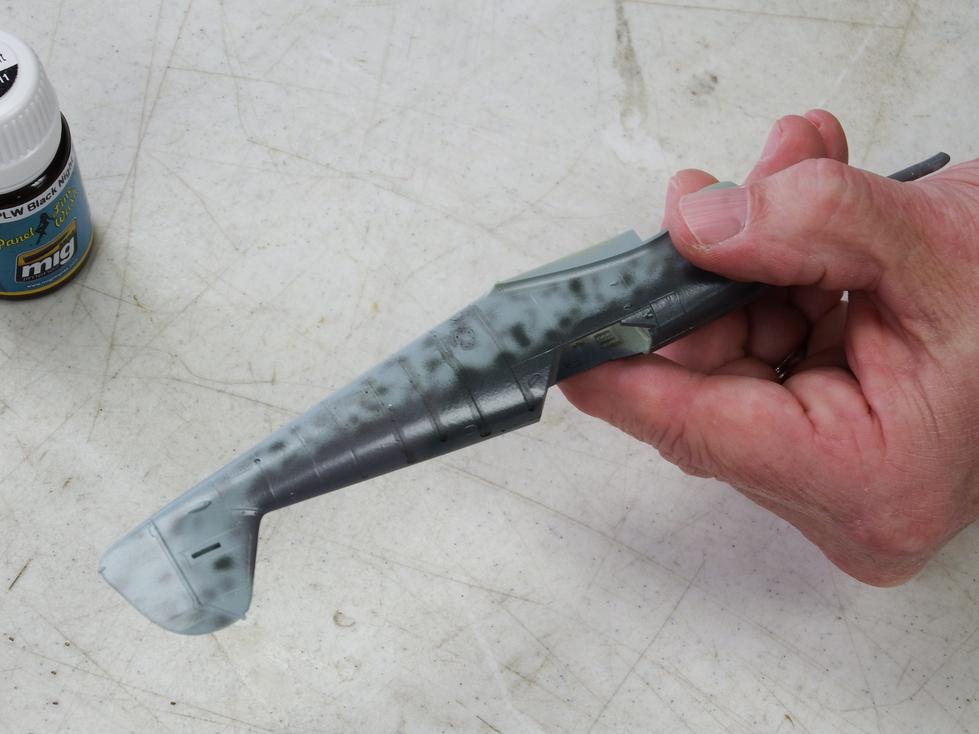 ​Doug next showed us how he molds parts out of resin.  In the first technique, he uses clay and presses the master into the clay, removes it, and pours his resin.​

Here are the guys...handsome as always!  See ya at the Potluck!  Bring something good!​

​Hey, I’m no stenographer…so I couldn’t keep up…so this report is sketchy.  But that is your fault for not being there!  We had eight members in attendance…including somebody named Tom Ralya.

Doug’s first tip was masking canopies.  He places the Tamiya tape over the canopy and burnishes it down around the frames with a toothpick. 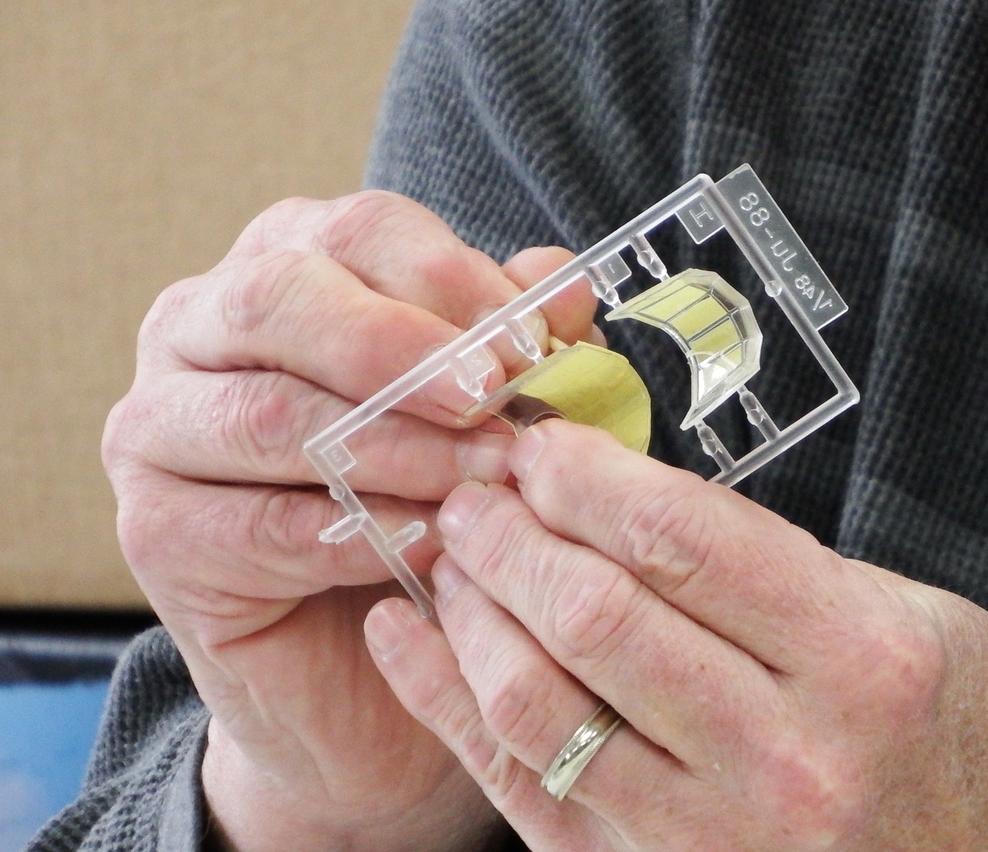