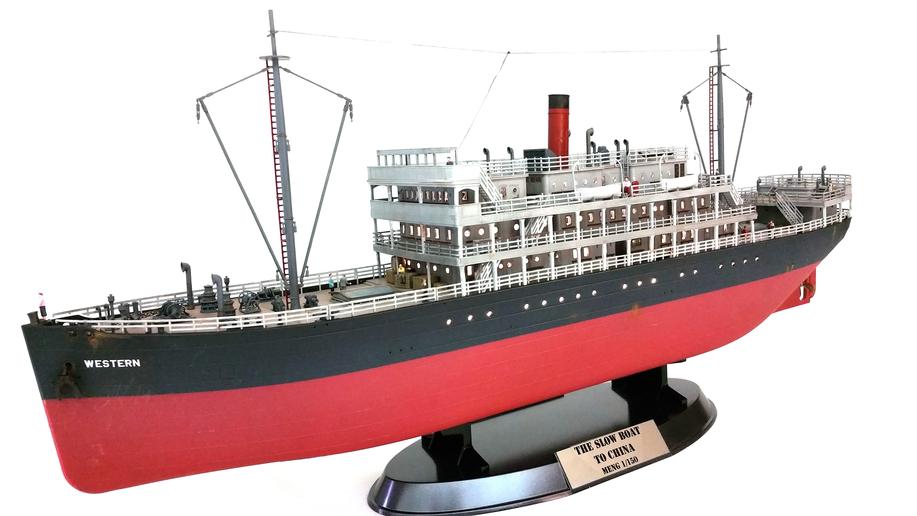 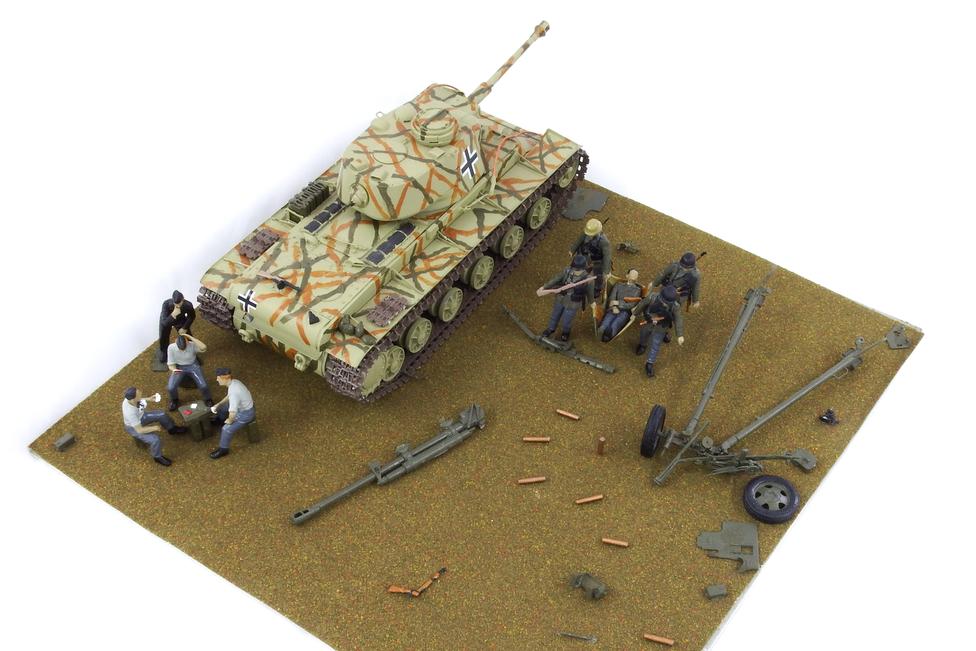 In last place is skill level 1.55.  His ship is entitled “The slow boat to China”, based on a 1949 song “On a slow boat to China”.  This MENG 1/150 kit was a bear to build.  He added about 25 N scale figures of which half had to be modified and repainted.  The kit included an LED lighting kit…which was also messed up.  On the bow of the ship is Rose yelling, “I’m queen of the world”.  Some people never learn….

Here are five photos of the guys looking for trouble.

Dave Martin says he has completed his diorama by adding a second set of Masterbox figures.  These are the four German figures carrying their wounded comrade.  The captured tank is painted for the battle of Kursk.  He also added canteens and some weapons.  I still see some open space on the diorama…so maybe Dave is finished…or not!  ;-)  Nice job, Dave!

Continuing with German vehicles, Bob Thompson built a 1/35 German staff car.  This Tamiya VW may have been built in 1939.  The gorgeous figures were from his spares box and painted with Vallejo acrylic paint.  The base is covered with plastic cobblestone purchased from HoH.  Great job, Bob!

Great fun today!  See ya at the Work Session and the Tim Ridout Challenge.  And if you START being nice to me, maybe I’ll bring in some more Snickers bars.

We’re back to Albert George…AKA Mr. Rust.  Al literally destroyed a Lloyd International (Hawk) 1/6 1948 Ford 59A V-8 flathead engine.  This engine was used in the U.S. from 1932-1953 (Henry didn’t like change!).  The 239 cubic inches generated 100 hp.  He tore this kit apart and added the cylinders, pistons, and valves.  Good grief.  He even positioned the pistons for correct timing.  He “painted” it with Life-Color, earth pigments, Tamiya and Testor’s paints.  As fantastic as the engine and parts are, I am in love with the wooden box.  Made from balsa, he added nails and I just love the Quaker State oil label.  Fantastic!

Mark Jahsan’s theme for today is American naval aircraft used by the British Air Arm in the Pacific. Starting at the top left and working our way down, we have a Tamiya F4F Wildcat painted in British slate gray, then an Otaki F4U Corsair in American Equivalence(??) colors and then everybody said the heck with it and they painted the Otaki F6F Hellcat in plain old U.S. Navy Dark sea blue.  Mark used aftermarket decals for all three.  Beautiful models, Mark!

Next is dull old Feller Dewitt.  He has either turned into a master modeler or his luck has changed…he doesn’t make boo-boos anymore.  How boring.  We want the old Feller back!  ;-)  Here is his Airix 1/72 A-1-H Skyraider hand painted with Model Master paint and Eagle Strike decals.  The bomb load is from his spares box. If only he had added weight to the nose and made it a “nose dragger”, then we would really have something to talk about!  ;-)  But, all we have is a beautifully executed model.  Sweet!

Let’s start off with some of the good stuff.  Alan Vandam is a great modeler.  He wins model contests and he knows a lot of stuff.  This month, he brought in a Steyr truck conversion He started with the Tamiya kit chassis and carefully added the Hauler rear bed conversion.  Very sharp.  His second model is a Krupp “247” armored car.  This time, he started with the Tamiya Krupp chassis and added the armored card body from Gaso-Line.  Germany only produced 16-18 of these cars and they were used by head staff in Poland and France.  Great job, Alan! 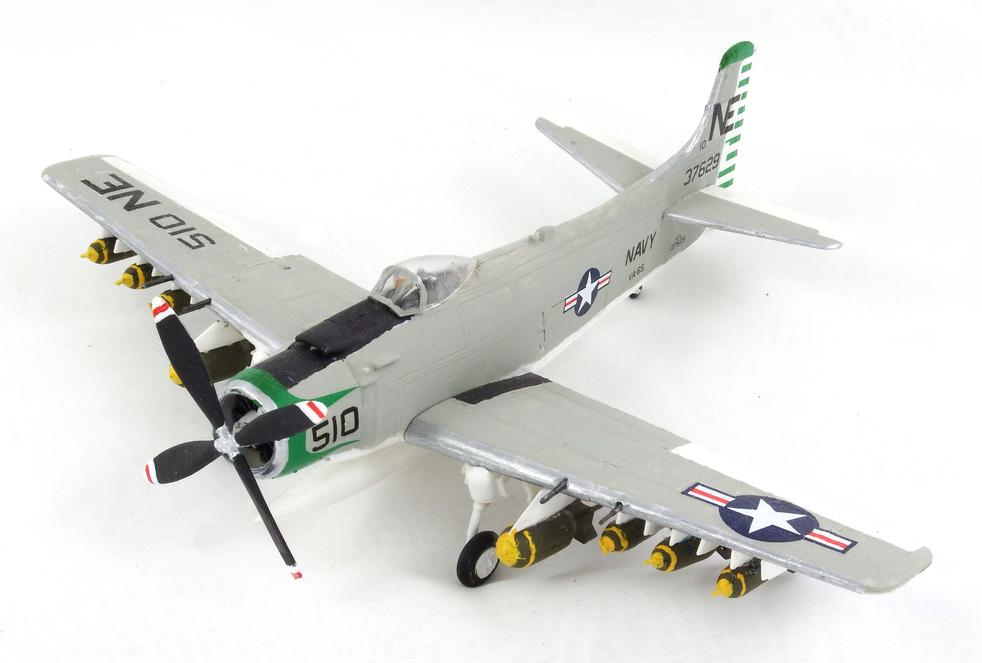 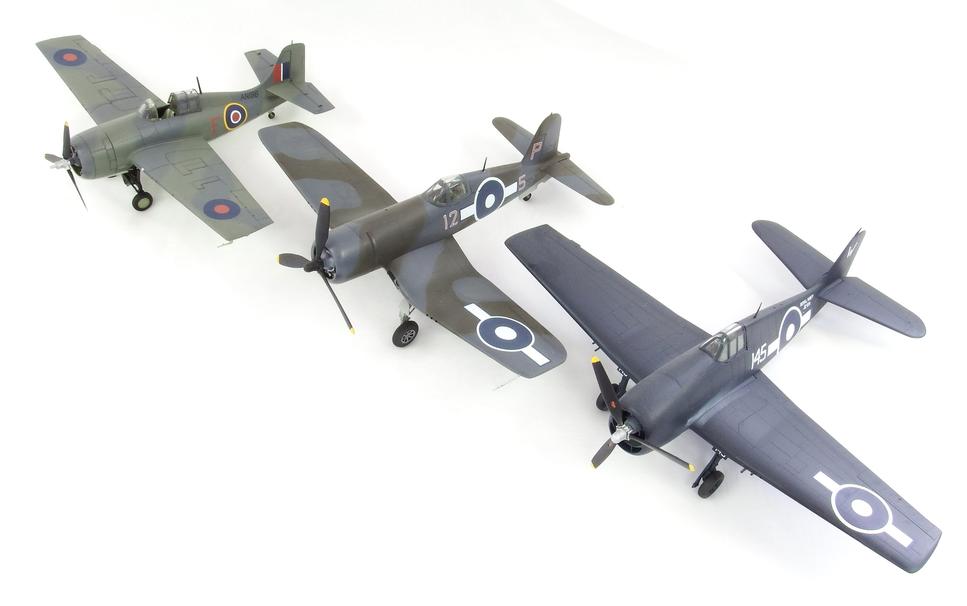 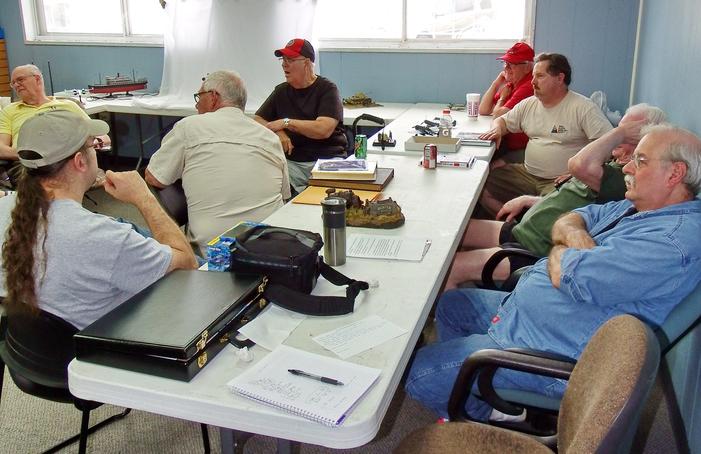 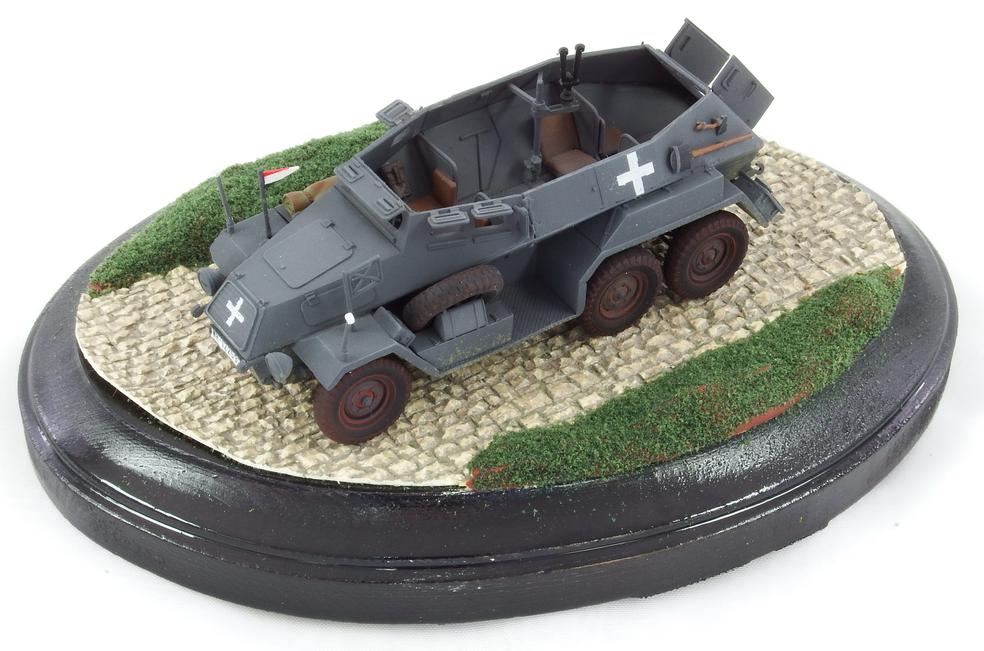 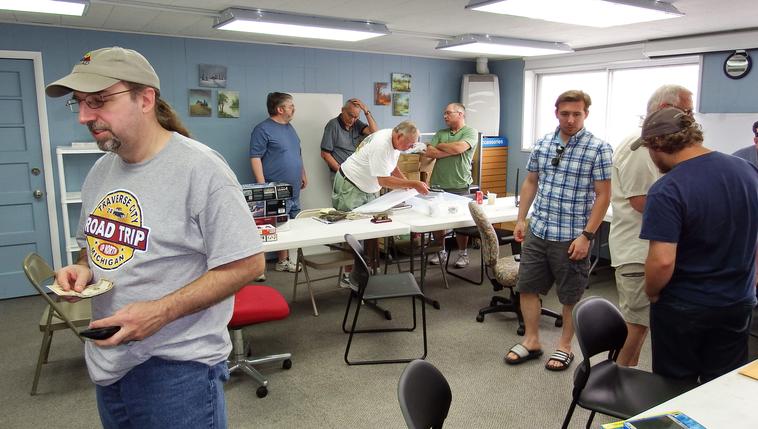 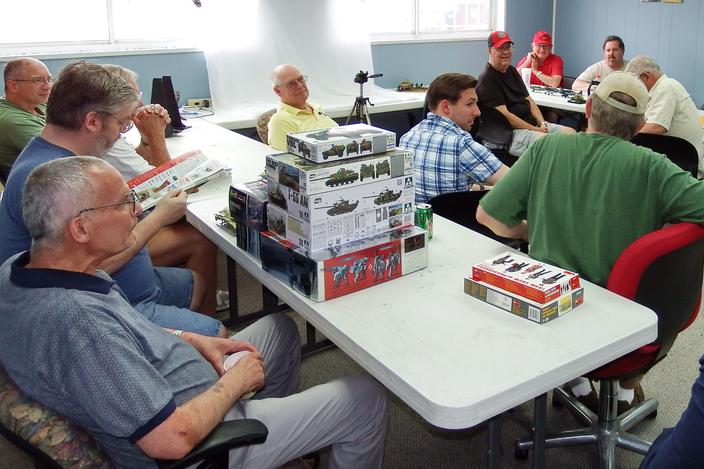 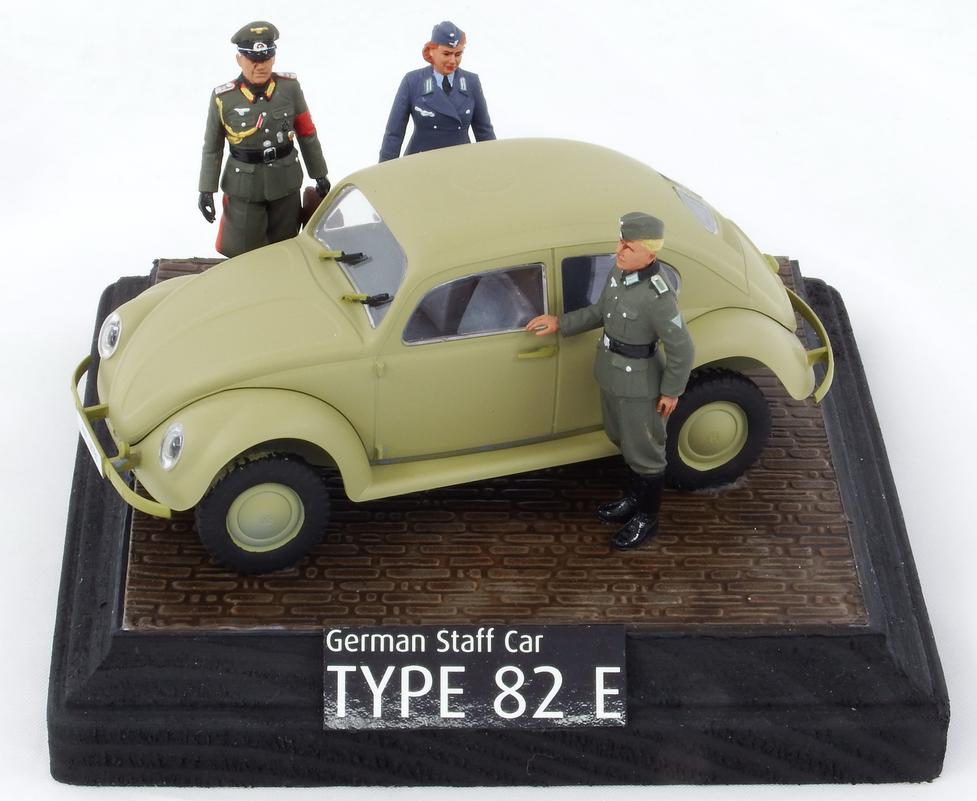 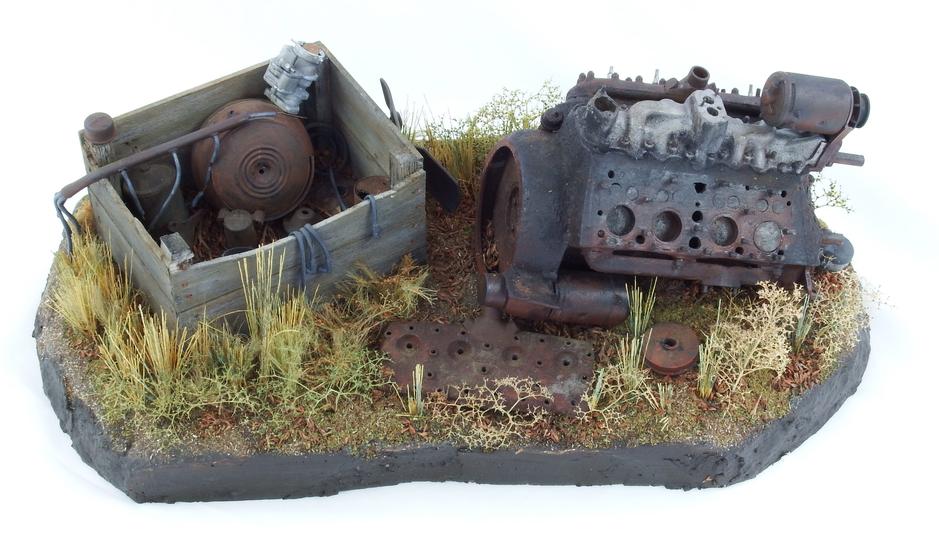 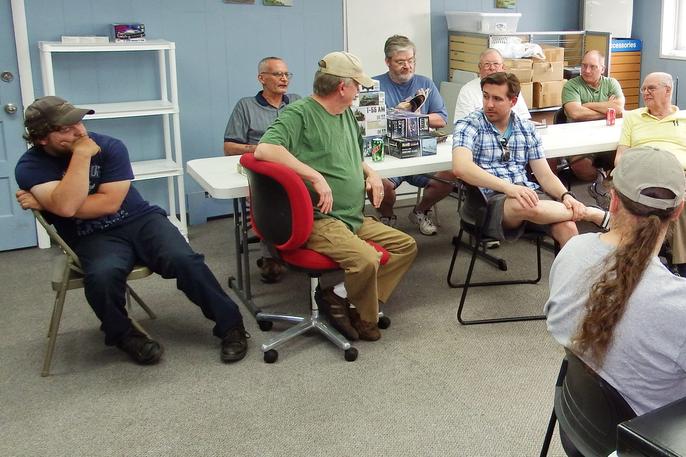 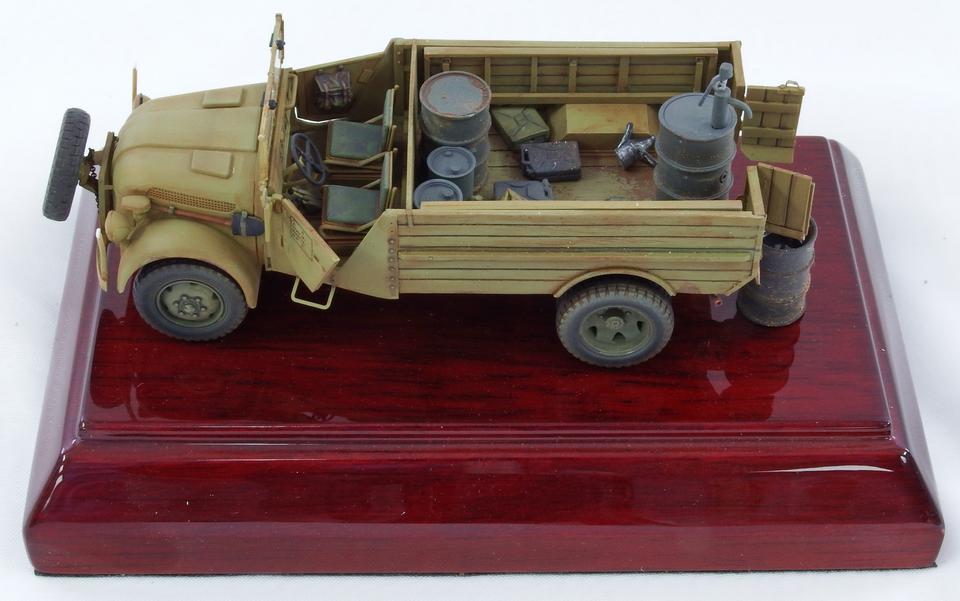