​​Doug’s 1/48 Hobbycraft BF-109E-4 is a beauty.  He also painted this with Gunze Mr. Color.  Decals are from Eaglecal.  Seatbelts are True Details.  He used a Squadron vacuum formed canopy.  Remember, Squadron is out of business.  Dough weathered with Ammo by Mig washes and pastels.  Wow, Doug does beautiful work!

​Doug Seekman brought in two German aircraft models today.  First is his Hasegawa 1/48 HS-129B-2 which he painted with Gunze Mr. Color.  Decals are from Aeromaster and the seatbelts are Eduard Super Fabric.  He weathered with Ammo by Mig washes and pastels.  Awesome!​ 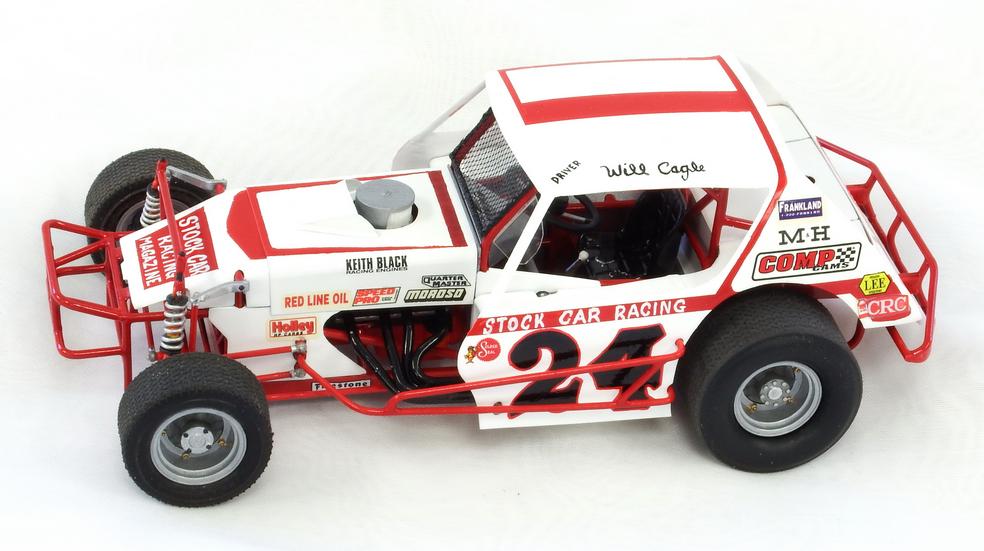 We had seven members in attendance which included a new guy…Nathaniel Foster, a twenty-one-year-old armor modeler.  After just one meeting, he signed up.  Usually, JR scares them off….  He appears very knowlegeable about armor. Welcome, Nathaniel!
Eight members have forked over their dues…we are off to a good start!

I’ll start off with master modeler, JR (the President for life) Burggren.  I had forgotten just how darn good this guy is.  He modeled racecar driver Will Cagle’s car from circa 1979.  This car appeared in the September 1979 Stock Car Racing magazine and JR duplicated it to perfection.  JR started off with an AMT early ‘70’s Gremlin kit.  He reworked the frame, body, and interior.  Changed tires and wheels.  Scratchbuilt the bumpers headers, part of the body and interior.  Made the coil springs.  The hood, sides, and several other parts he scratchbuilt from printer’s aluminum…which he got from Jerry.  He used various Model Master paints and, of course, hand painted the numbers.  Man…this is impressive! 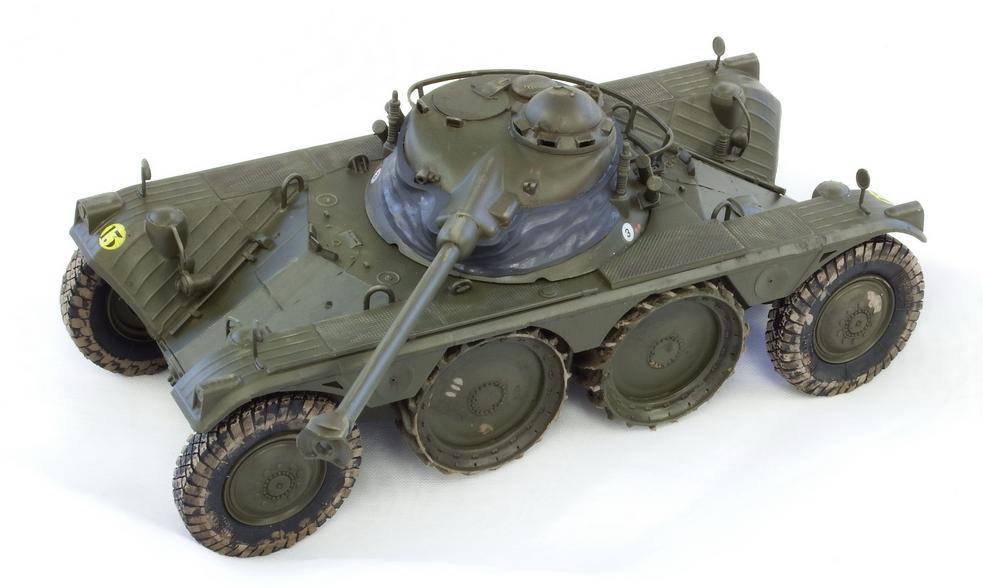 Remember, in two weeks (3/20) we will have another S&T.  We are still limited to 8 attendees and six slots are already filled.  Reserve your spot now!

​Stan the man Carrier showed off his 1/35 Hobby Boss French built Panhard EBR-11 armored car.  He utilized Tamiya paint and weathering products.  This puppy has a 90 mm gun, and the vehicle is bidirectional.  It operated primarily in Libya. This is sweet!  Great job, Stan!​ 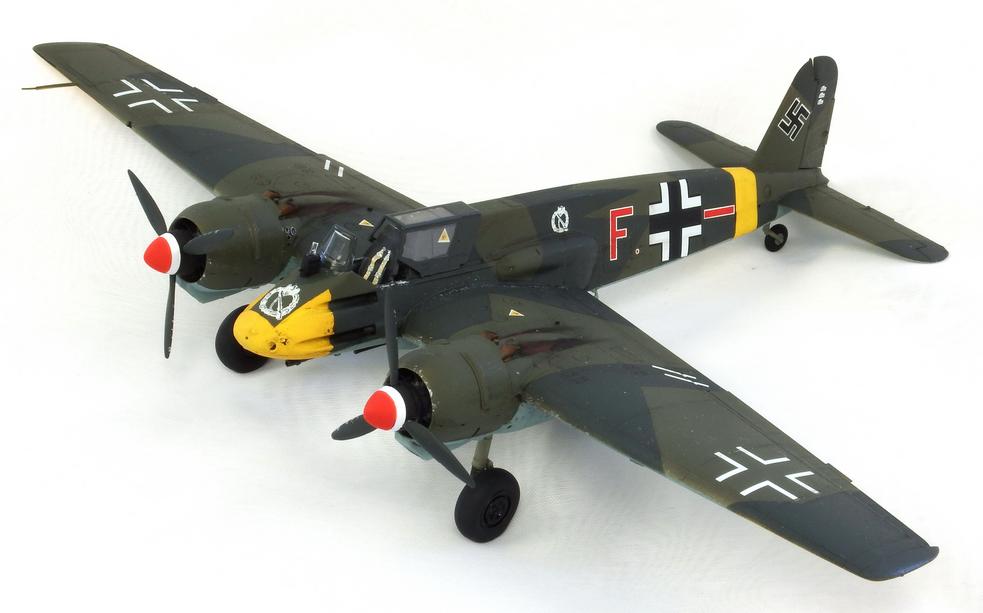 ​JR is also working on this dirt late model stock car…for about 13 years now!  Yeah, it’s pretty much all scratchbuilt.  He finally found some braided hose that meet his standards.  He also just purchased a vacuumed formed shell for the car.  This will be a new and challenging experience for the President…but he can handle it!​

Missing from the shot are new guys Foster (arrived late) and the intrepid photographer.

​Next, we have Stan’s homemade 3D printed 203mm gun.  They are made up of several parts and glued together.  Whoa…that’s a lot of work.  Stan is having some trouble removing the “printing lines” but he’ll get if figured out.  For reference, the big barrel I would estimate to be about 16” long!!!​