Let’s start with Spencer.  He is into ship building now.  Here we have the 1/1200 battleship JIN Yamato and the carrier Zuikaku.  The third photo is his Airfix 1/72 Japanese Zero.  Note the great paint chipping and exhaust stains.  First class!  Come back soon, guys! 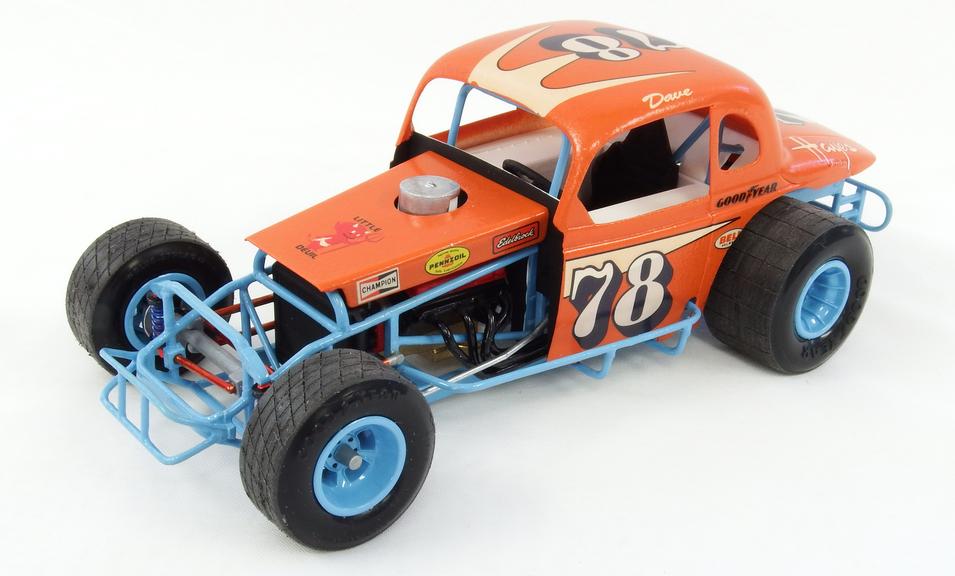 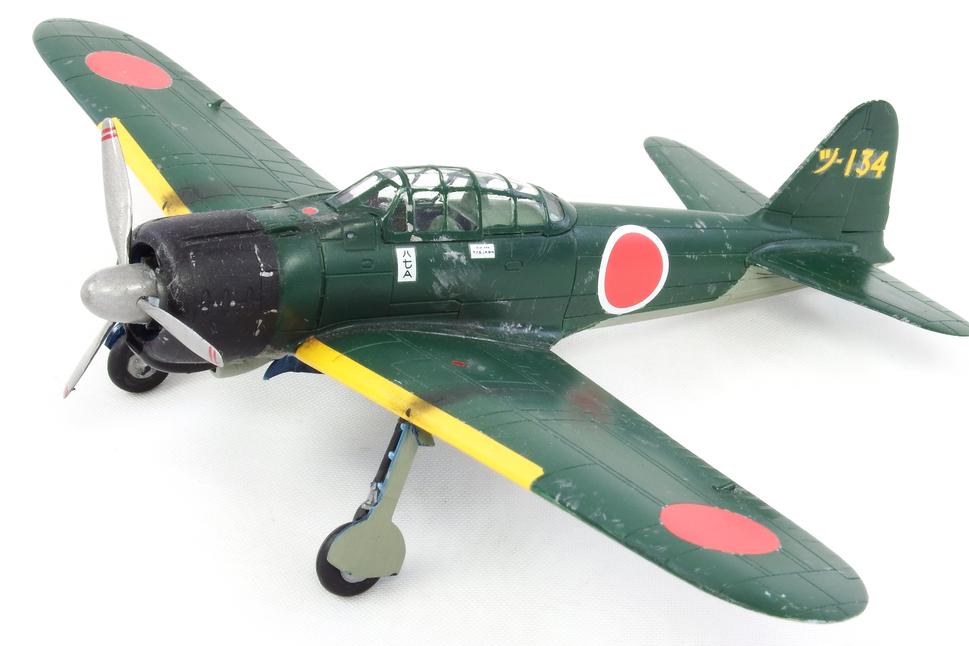 Here we have Tom Ralya purchasing a losing ticket with Spencer eager to do the same!  ;-) 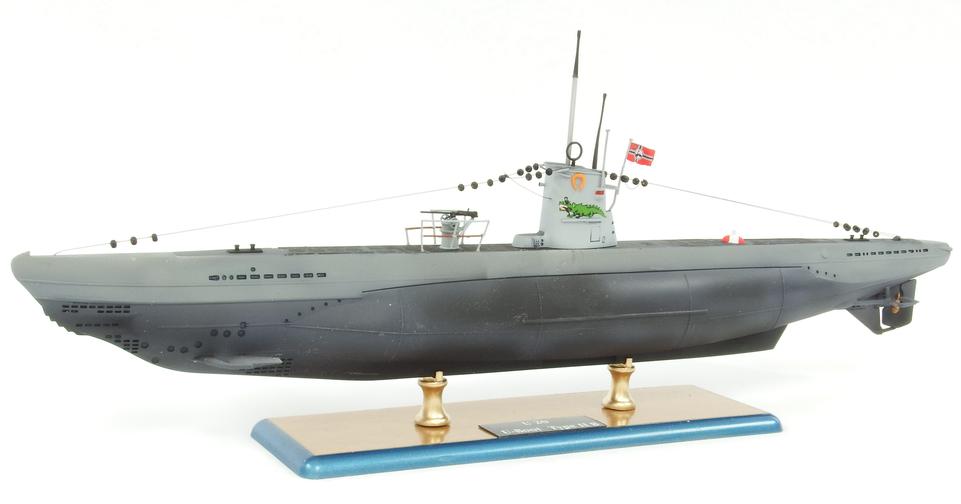 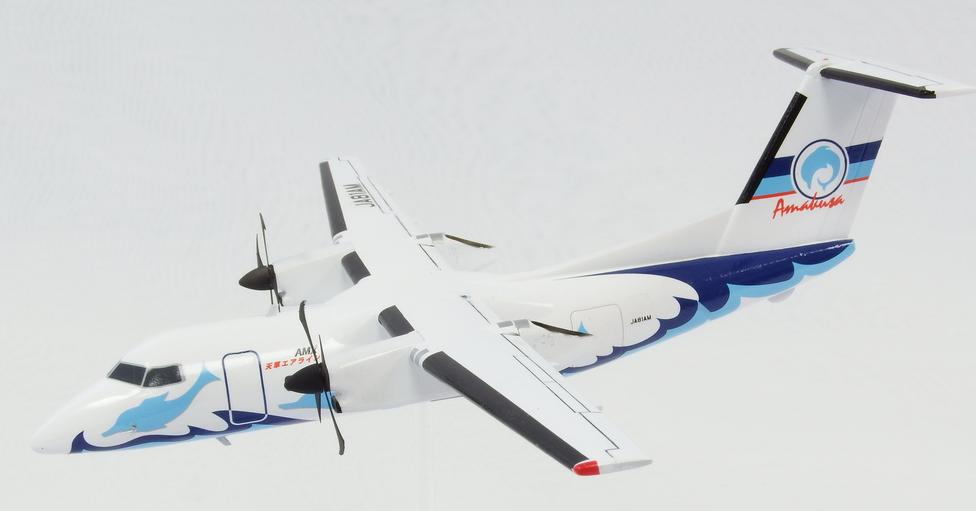 Mark Jahsan did a beautiful job on this Monogram 1/48 B-25D.  It was used by the Dutch in the East Indies on show-the-flag flights.  To accurately render the model, her removed the forward turret and etched in the plastic to show where the top turret would have been.  Very nice, Mark! 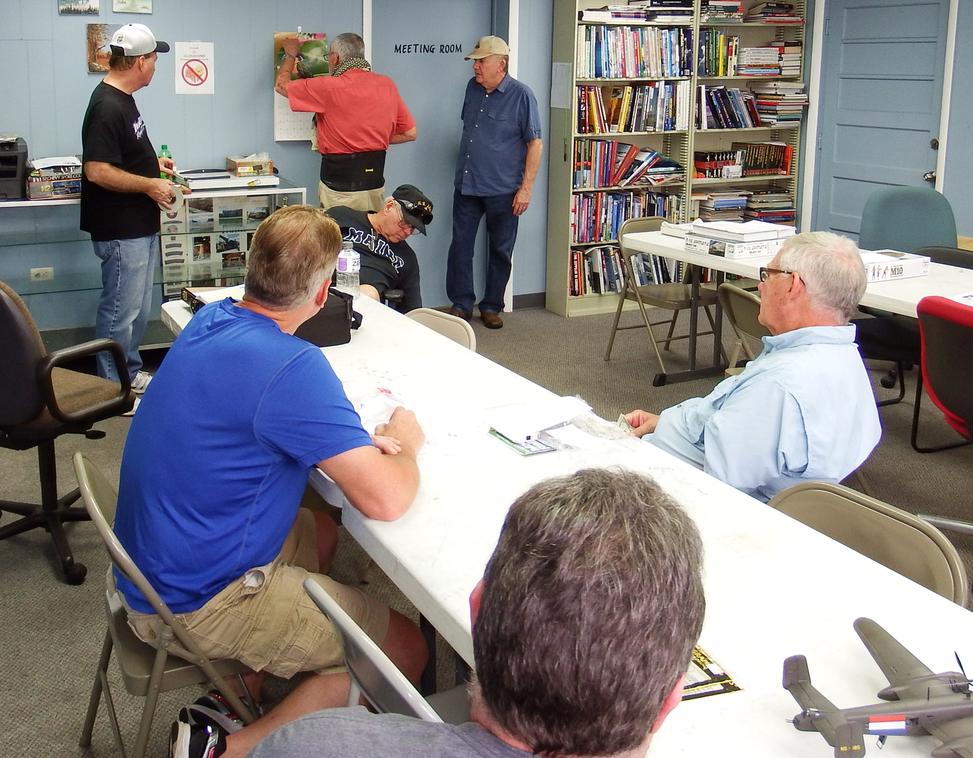 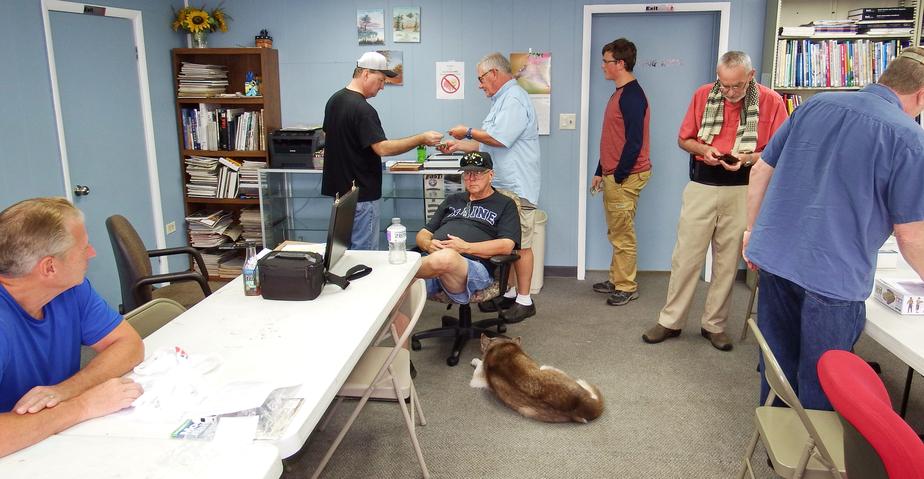 Here are a few shots of the raffle ticket sales.  It was prearranged that the President and VP would win.  Losers!!  ;-)
In this first shot, it appears JR is not buying anything that Dale is saying!  ;-)

Prof. Leger brought in a gorgeous 1/24 AMT 1955 Chevy Bellaire.  The chrome trim was made from that aluminum duct tape and looks good!  It was painted with rattle can paint.  I think Bill said the base was from Dan Jayne.  Good luck with the 1/12 Chevy, Bill, this one looks great!

The Pres amazes us again with an AMT ’36 Plymouth early dirt modified stock built per the kit instructions.  He did some body modifications and grooved the tires like only he can.  He used Walmart orange, Testors light blue, and decals from the old decal box.  Beautiful, JR!

Boy oh boy.  Alan Vandam brought in three beautiful models.  He’s obviously ready to take on the Canadians at the Can/Am Contest!  These are all 1/144 scale and the first is the famous RB-29A “Kee Bird” that flew spy missions over the North Pole.  It crashed landed in Greenland and a few years back it was restored onsite and was being taxied when all hell broke loose and the plane burned to the ground.  What a tragedy. Next is Alan’s Canadian Dash 8 airliner that flew in southern Japan.  This was a resin kit with PE and Alan said it was the finest resin he’d ever seen.  Note the resin prop blades.  Sweet!  Lastly is his German type 2 submarine.  The sub survived WWII but was scuttled off the Turkish coast.  Wow…what a great modeler! 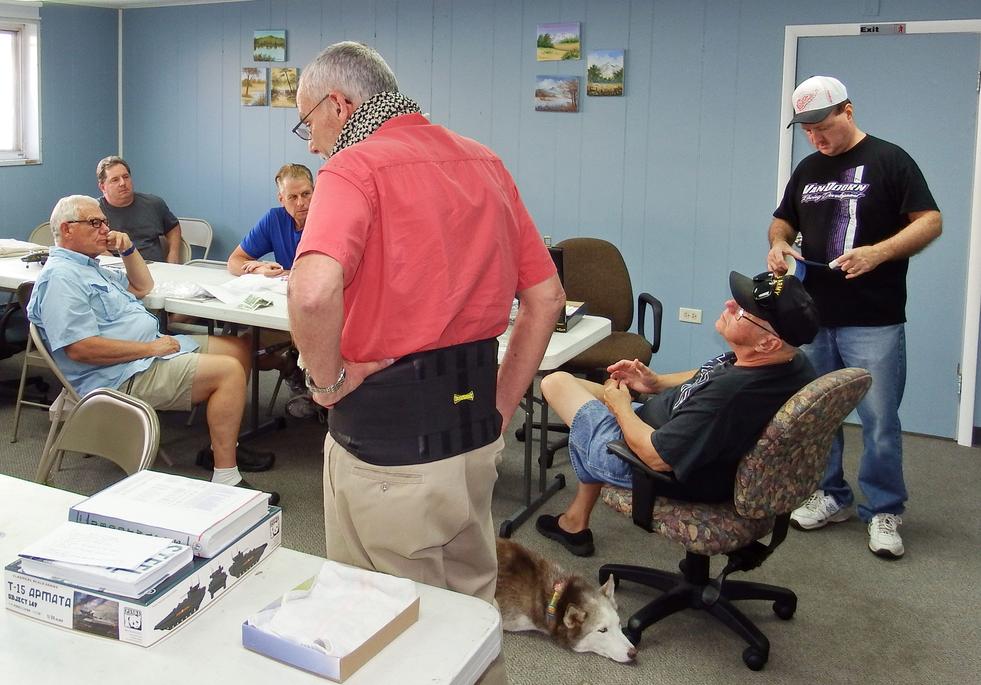 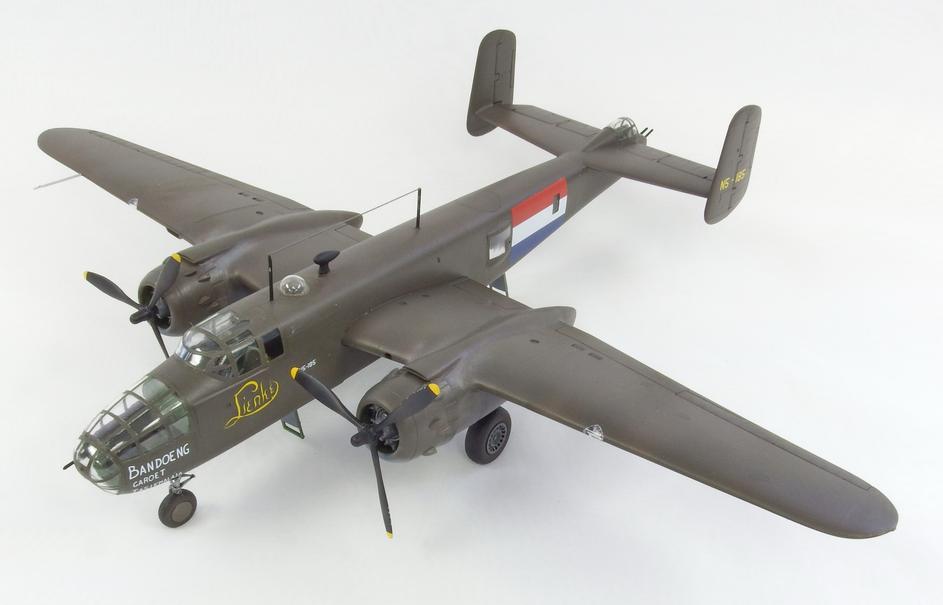 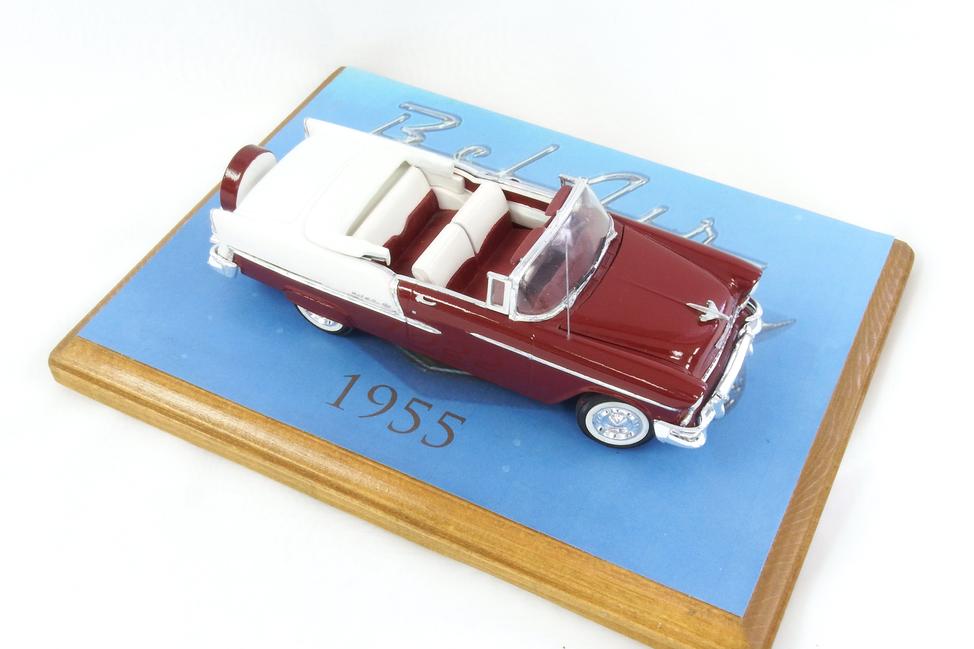