Here are three parting shots of the guys having fun.  Did we have more fun because JR wasn’t there?  Or was that my imagination…  ;-)

Dave Martin brought in not one but two 1/72 M4-A2 Sherman tanks from Armorfast.  These tanks were captured by the Germans at Anzio.  Dave’s 9-year-old nephew gets some of the credit for the triple tone paint job.  Great work, guys! 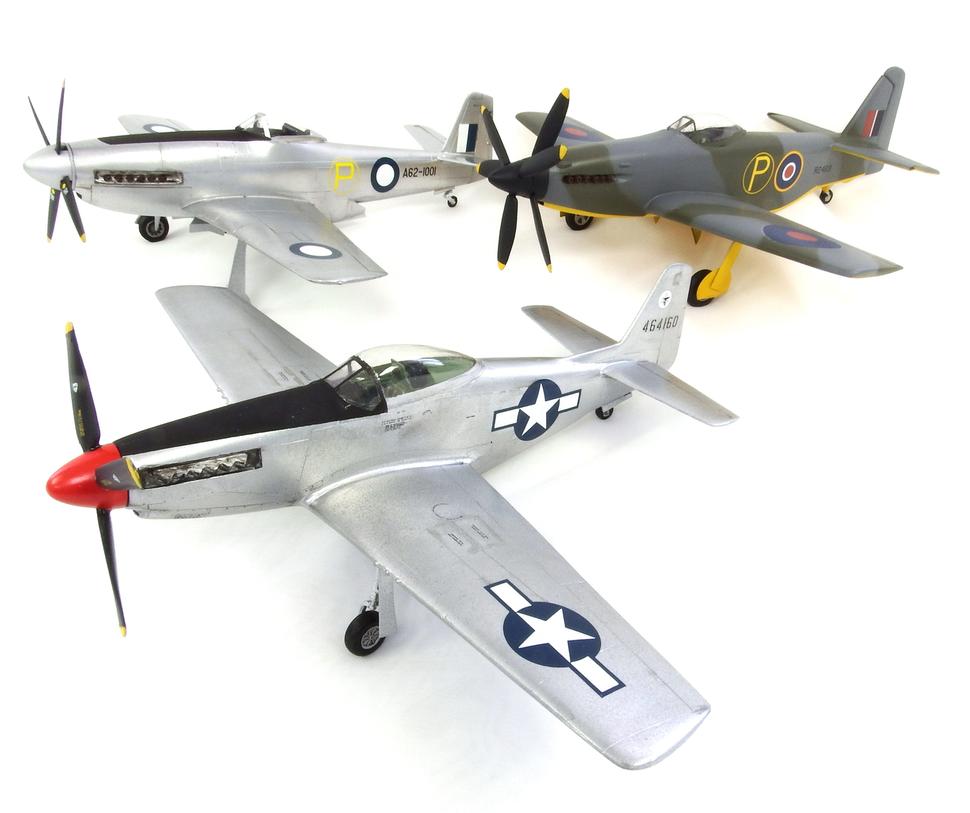 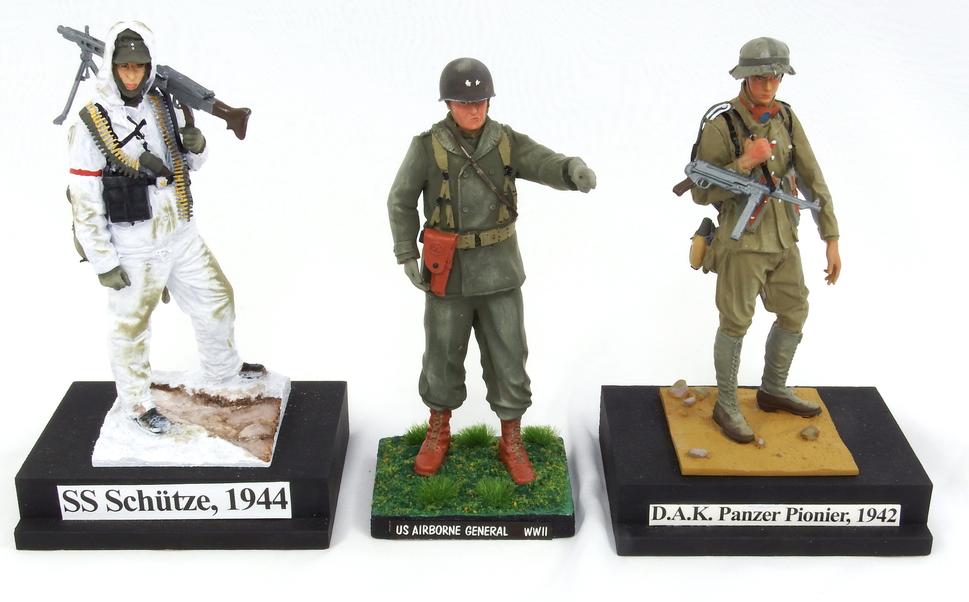 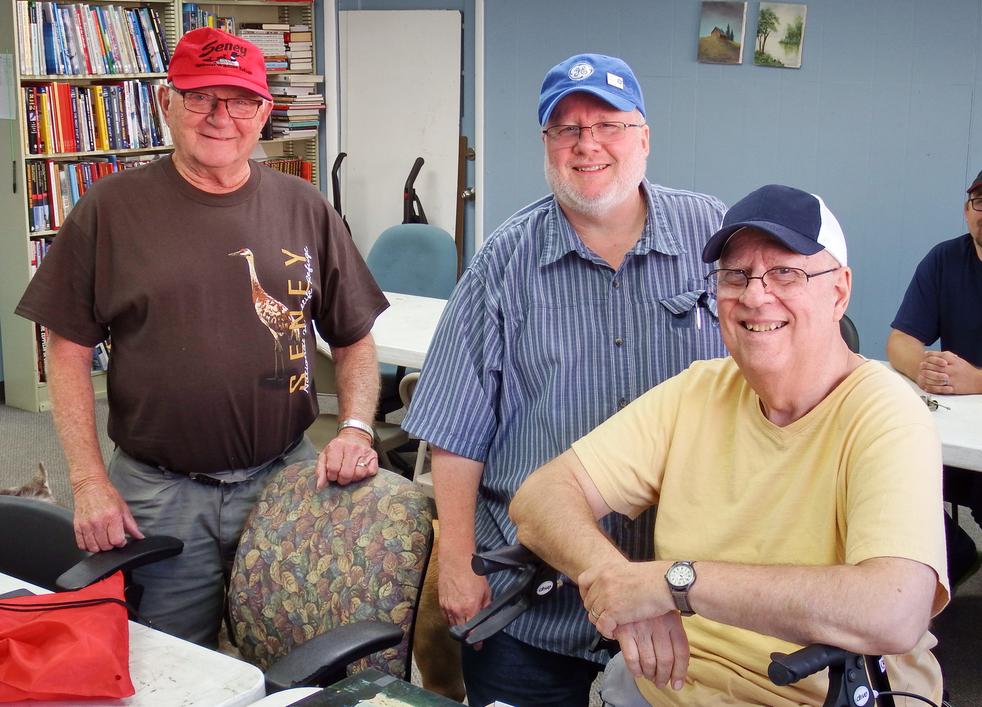 Doug Schuur showed off his Hasegawa F-16B/D fighter.  He used a resin seat as the kit part did not fit.  He used Astra decals and I think Doug said it was finished to match the planes at his base in Belgium??  Lookin’ good, Doug!

Feller Dewitt brought in a gorgeous Monogram 1/48 A-1-H Skyraider.  He brushed painted it with Model Master Paint and used Super Scale decals.  Feller said it was a fun build. It is one good looking model!

Stan Carrier is going to be one of our members who will lead us to victory at next year’s Tim Ridout Challenge.  First up is his Krupp Protze with the PAK 40 in towing configuration.  The Protze is the Tamiya kit with extra goodies from other Monogram, Italeri, and Tamiya kits.  The second model is the Sd.Kfz 10/4 with the 20mm Flak gun. This model is a hybrid of the Tamiya, Italeri, and Esci kits.  The Jerry can rack was scratchbuilt.  Stan's weathering and chipping are spot on!  Those GR armor builders may as well stay home…and more food for us! 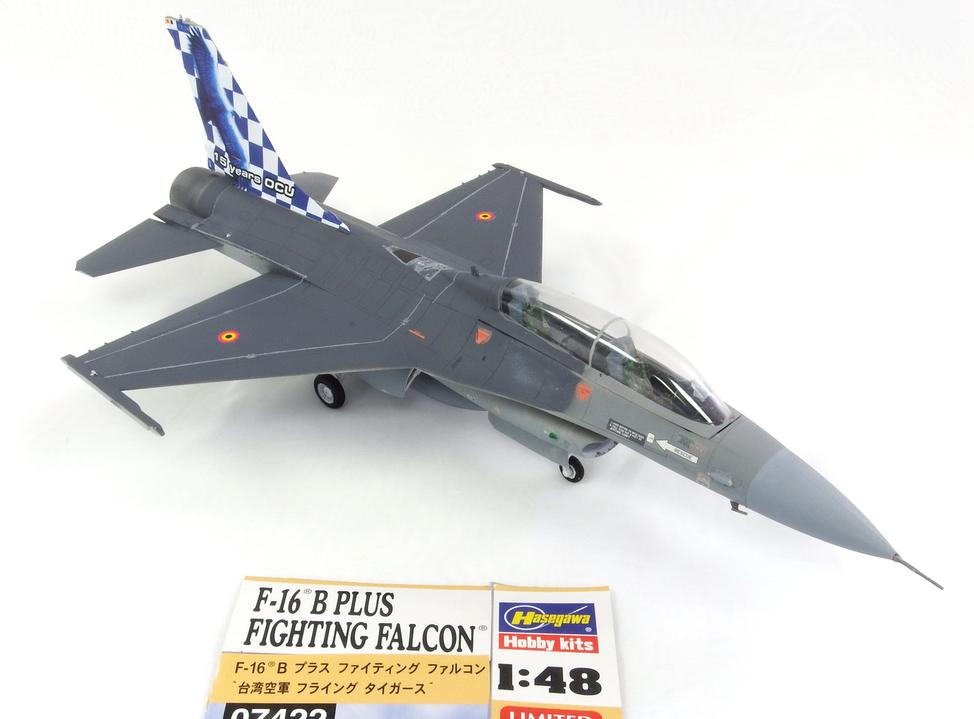 Bob Thompson brought in three beautifully executed large scale resin figures that he painted with Vallejo acrylic paint. The German in white is painted as he would have appeared during the Battle of the Bulge.  The other German is an Afrika Korps Engineer.  And the guy in the middle is an American Airborne General.  Some or all of the weapons are metal.  Very nice, Bob!  Good to have you back! 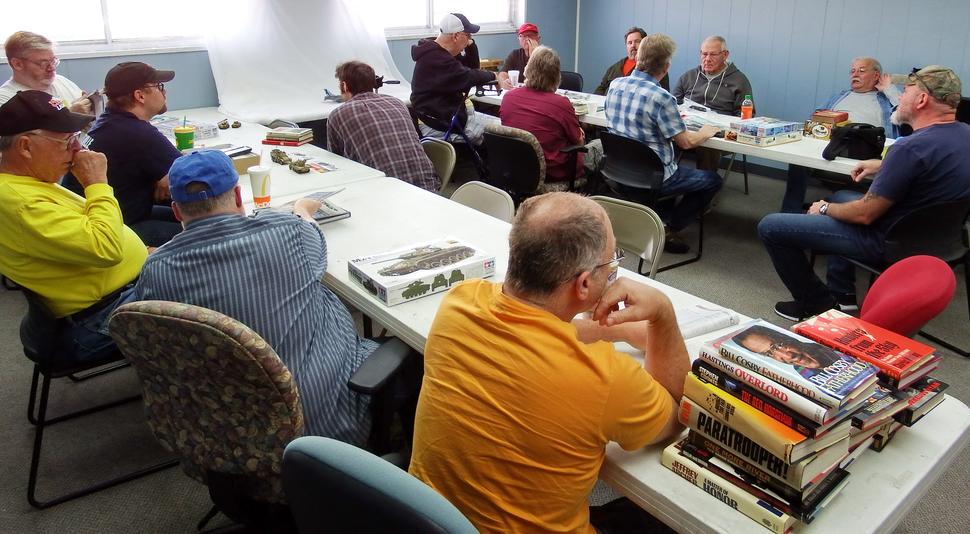 We started off with the weakest model and went from there.  Skill level 1.55 brought in his Tangent plastic, PE, and wire HO scale gondola.  A great kit but the tiny PE parts were a challenge.  He added new Athearn 70 ton trucks with rotating bearing caps and prototypical couplers.  He weathered it based on prototype photos. 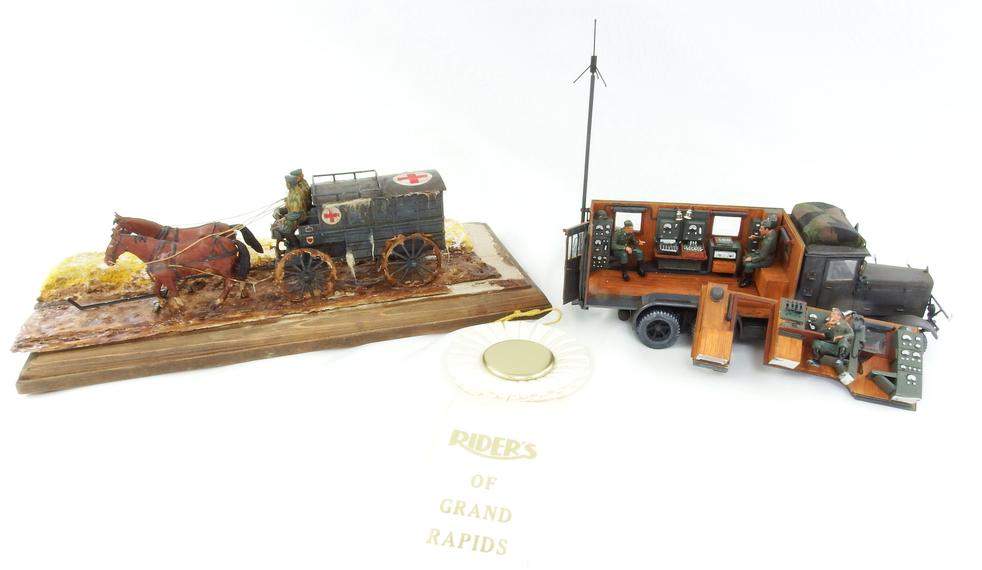 That's all folks!  Won't be at the next meeting so file your complaints with JR!! 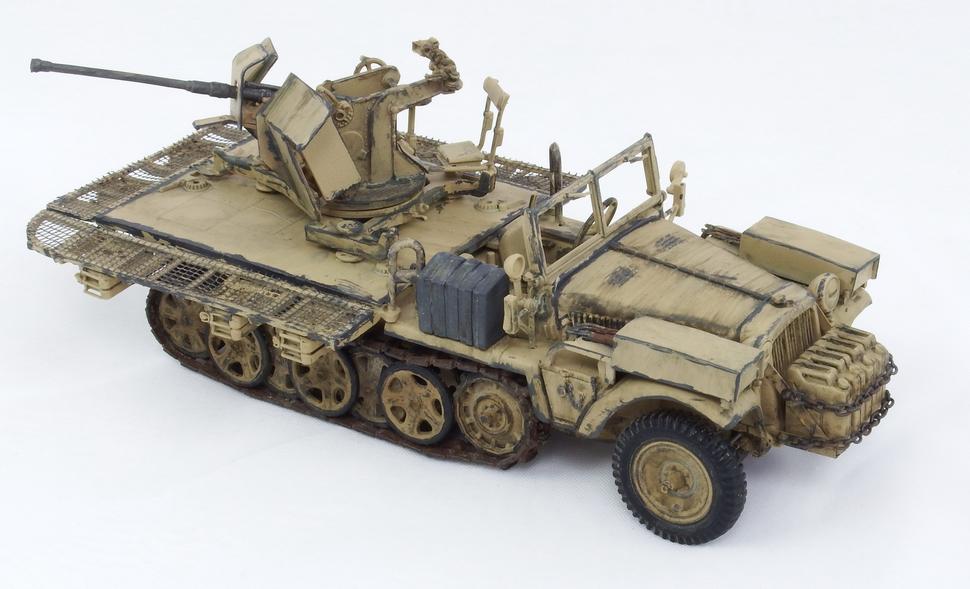 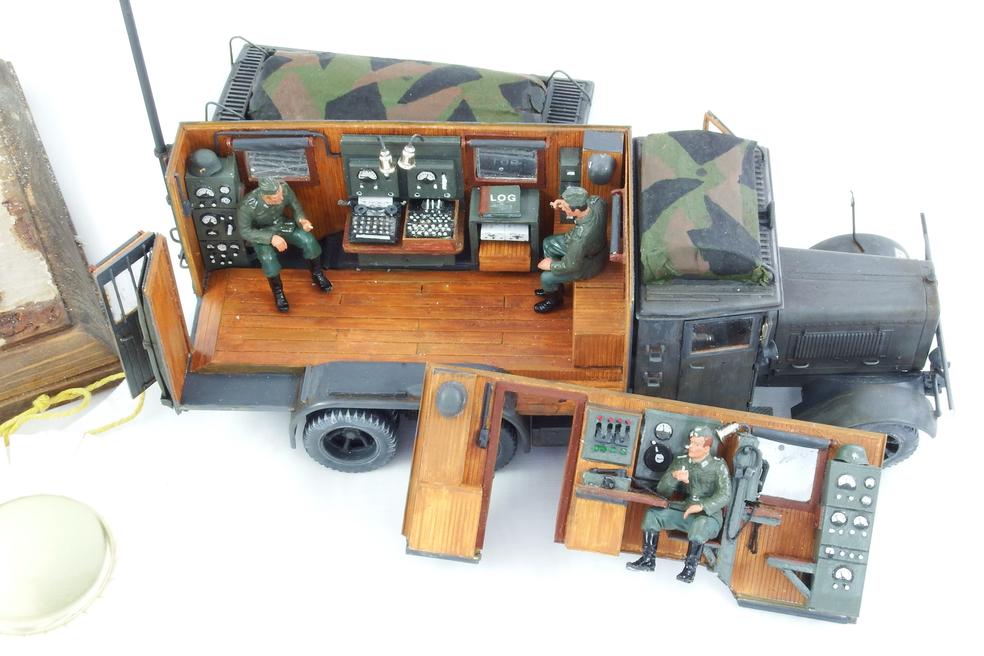 Always be careful what you wish for.  I wrote a few weeks ago that all I ever see in my photos is the back of Feller’s head.  After this, I think I’ll go back to what I was doing!  ;-)  Only kidding, Feller!  Compared to these other two guys, you’re nearly as good looking as I am!! 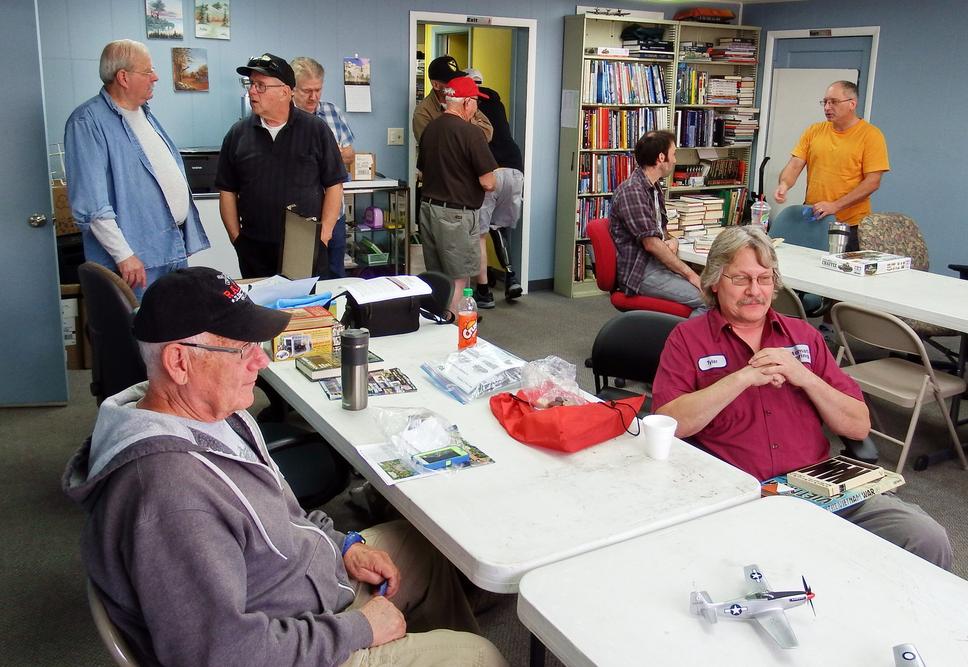 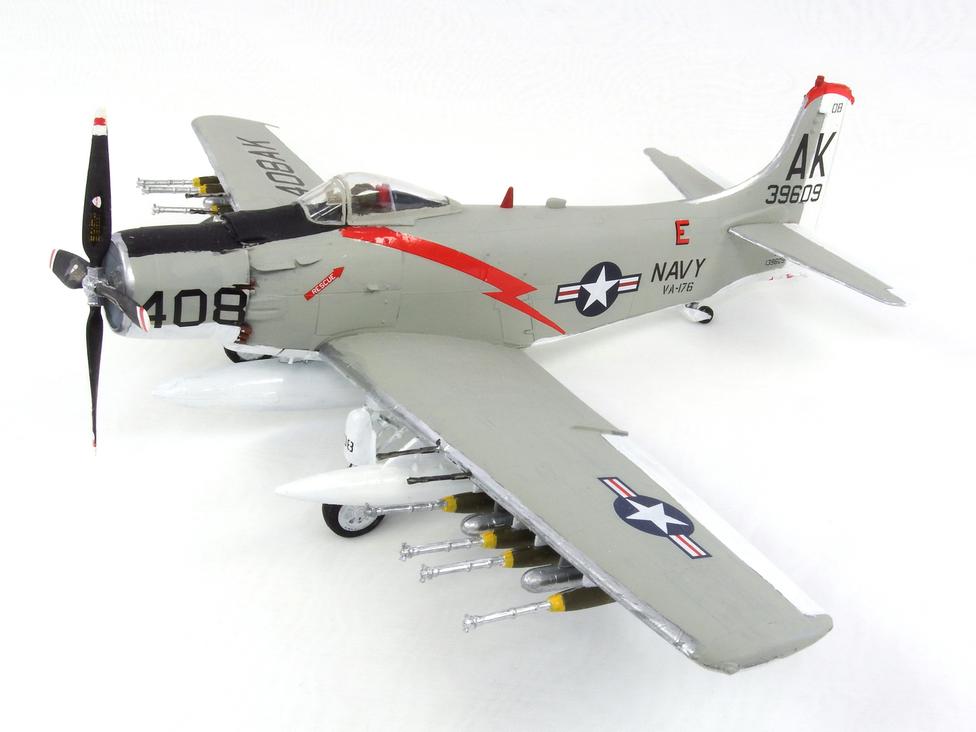 Two of Prof. Bill Leger’s greatest models have returned.  I just love his ICM German radio truck.  Look at the interior detail.  Wow!  I overheard several members commenting on how awesome it is.  Well, if you could have called 911 from the battlefield…this is probably what the German ambulance would looked like.  I was told that around 80% of the German wheeled vehicles were horse drawn.  Yikes!  Awesome, Bill!

Mark Jahsan’s theme for today was experimental WWII aircraft that look similar!  Up front we have the late war XP-51H Mustang from Classic Airframes which had resin details and a vacuum formed canopy.  This design never saw combat.  In the back left we have the CA-15 Australian Kangaroo.  This was a Planet Resin kit, vac canopy, and metal landing gear.  Built out of the box.  Mark…being slightly off plumb…doesn’t like resin kits and prefers vacuum formed kits!  Hey, we all still love him!  The third plane is a Martin Baker MB-5 from Falcon.  This was a vacuum formed kit.  The second two planes used the powerful Griffon engine.  Great job, Mark!