Please go to page 2 for the "rest of the story"! 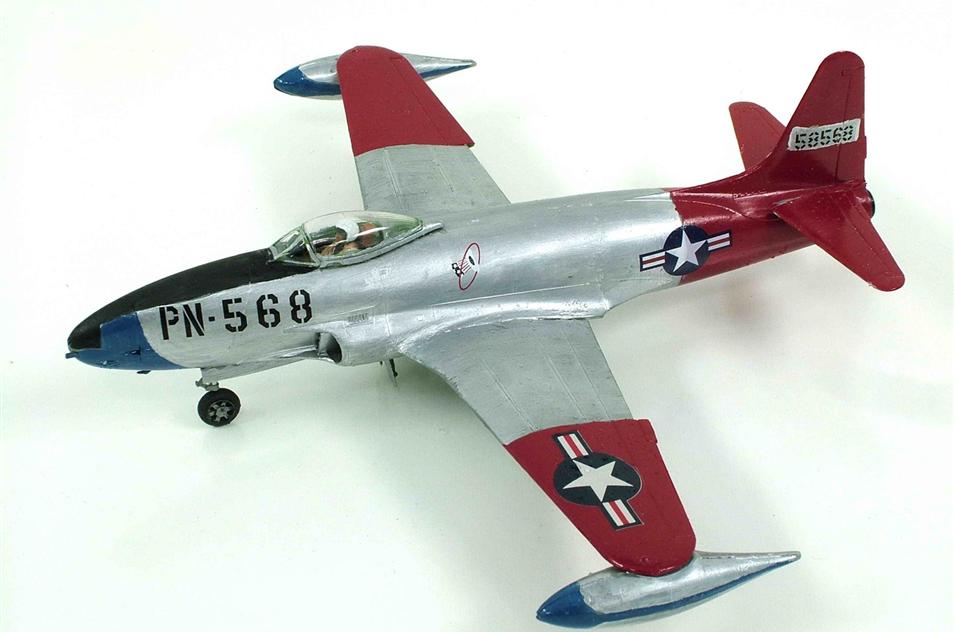 .Feller Dewitt strikes again with another amazing aircraft model…this time it is Monogram’s Lockheed P-80 Shooting Star as seen in Korea.  Seems Feller had his usual fair share of trouble but everything went back into place and the finished model is just plain cool!​ 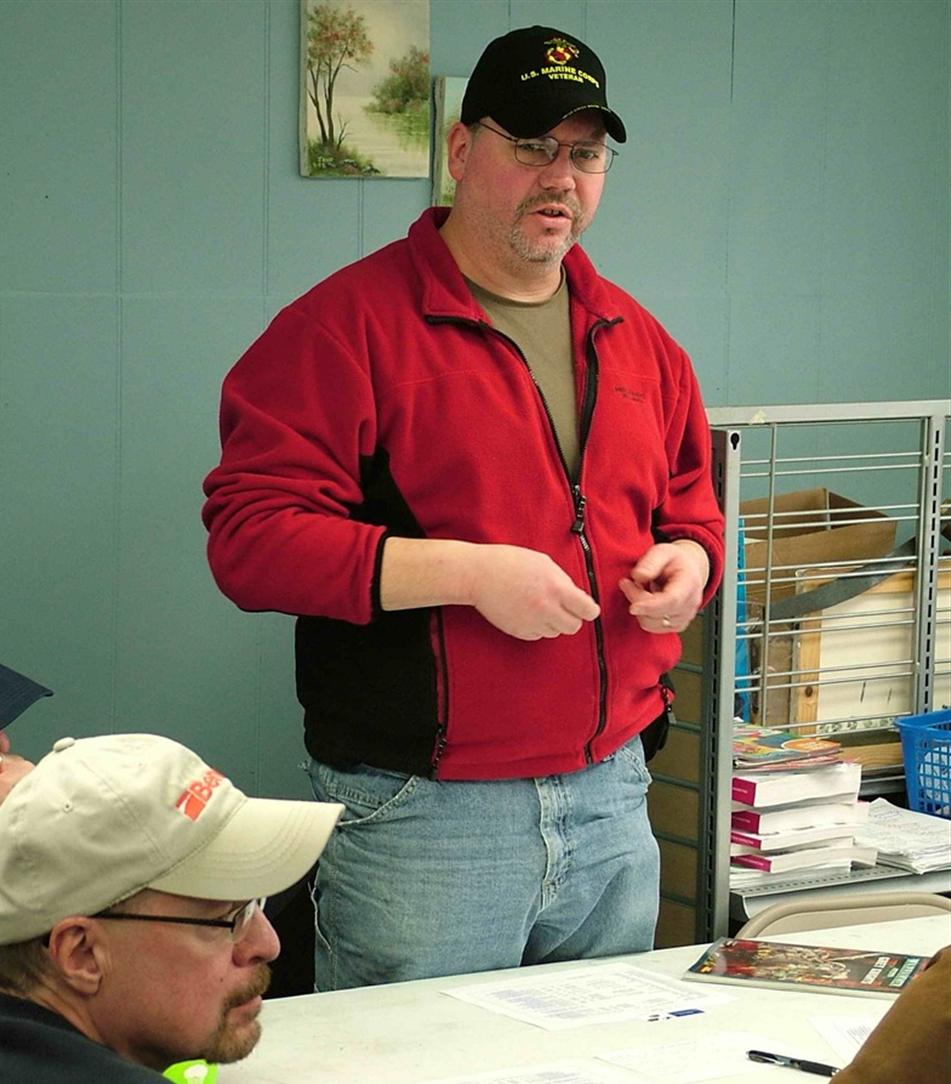 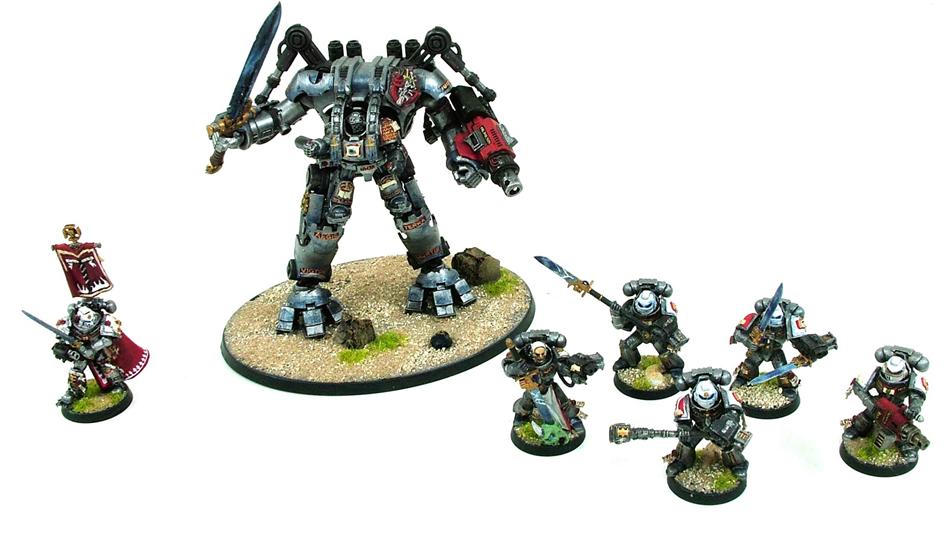 Scott Herbert has been gone a long time.  He returns deeply involved in the Games Workshop Warhammer 40,000 gaming world…along with his sons.  It is a table game…and too complicated for me to follow…but obviously a lot of good family fun.  Not sure, but I think all the figures belong to the Grey Knight family.  The figures are plastic and Scott added that “I am more into the modeling and painting”.  And a great job he did! 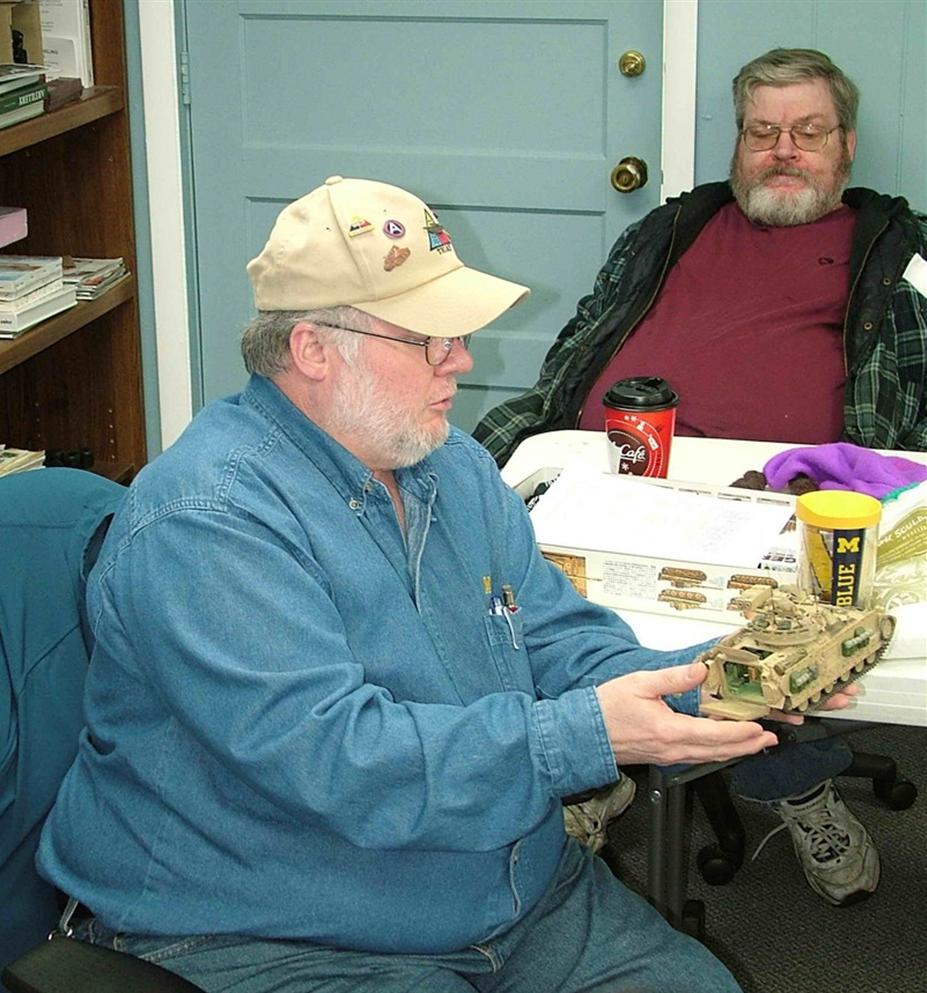 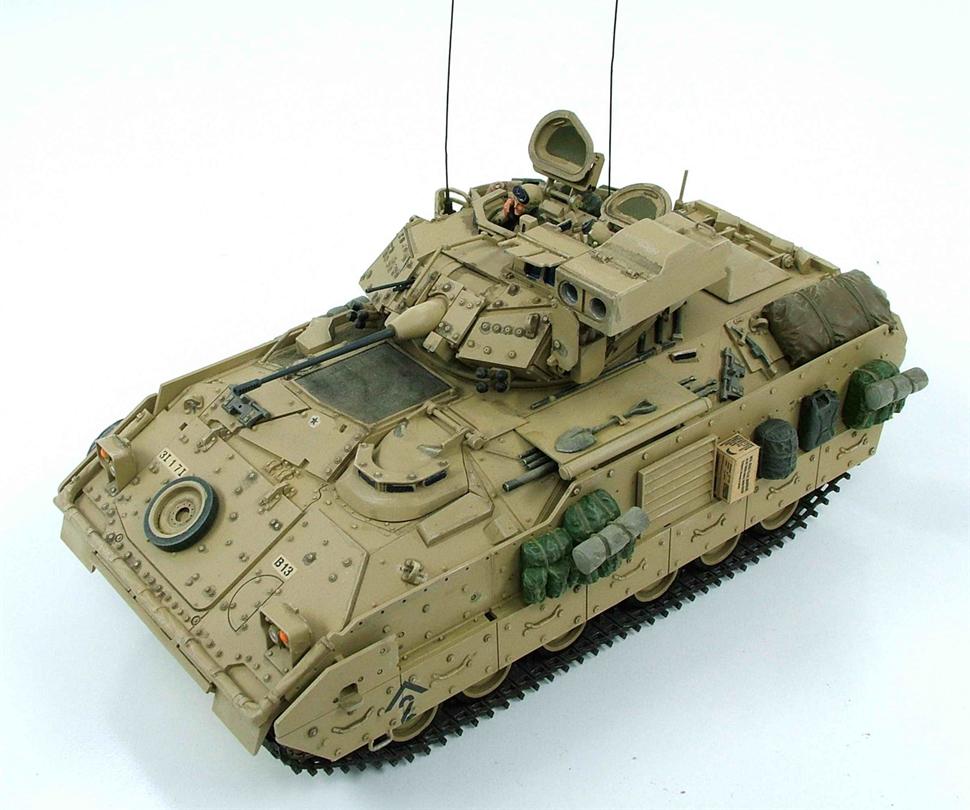 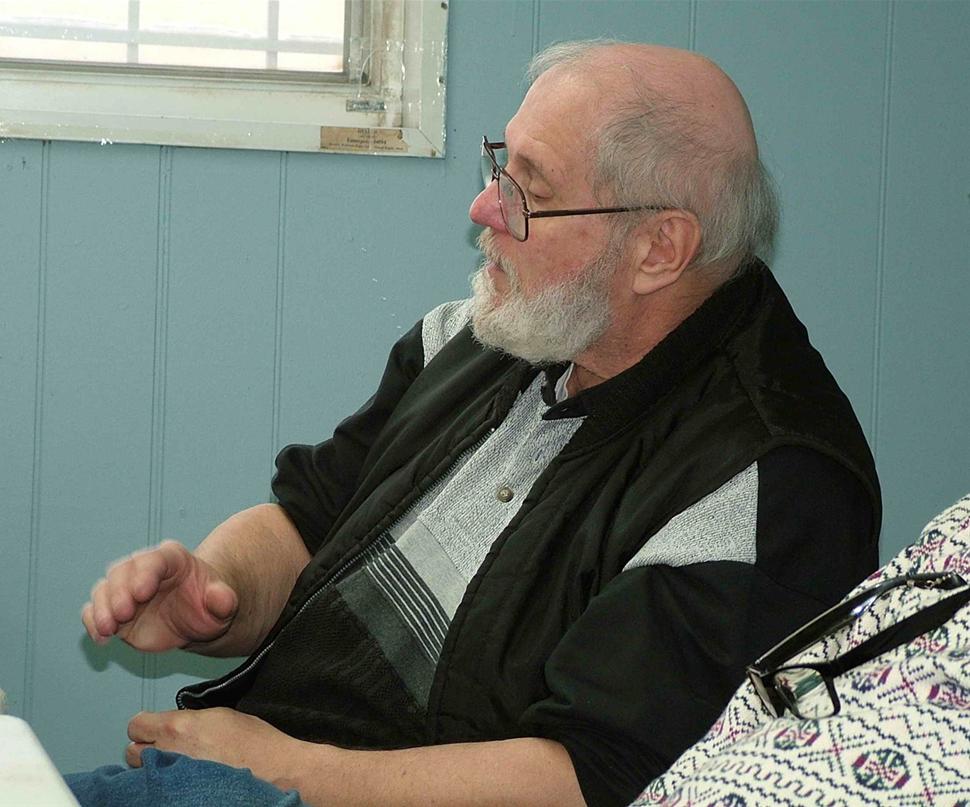 Brad knows Bradley…and this model proves it!  Brad Hicks went all out on this M2A2 IFV.  Brad started with one Tamiya kit and then added parts from THREE other kits to complete the model with an interior, gear, and figures.  Three doors/hatches open as well.  You can see that Brad is proud of this model…and he has every right to be!  Awesome, Brad!  (Be sure and check out the photo on the Homepage as well.) 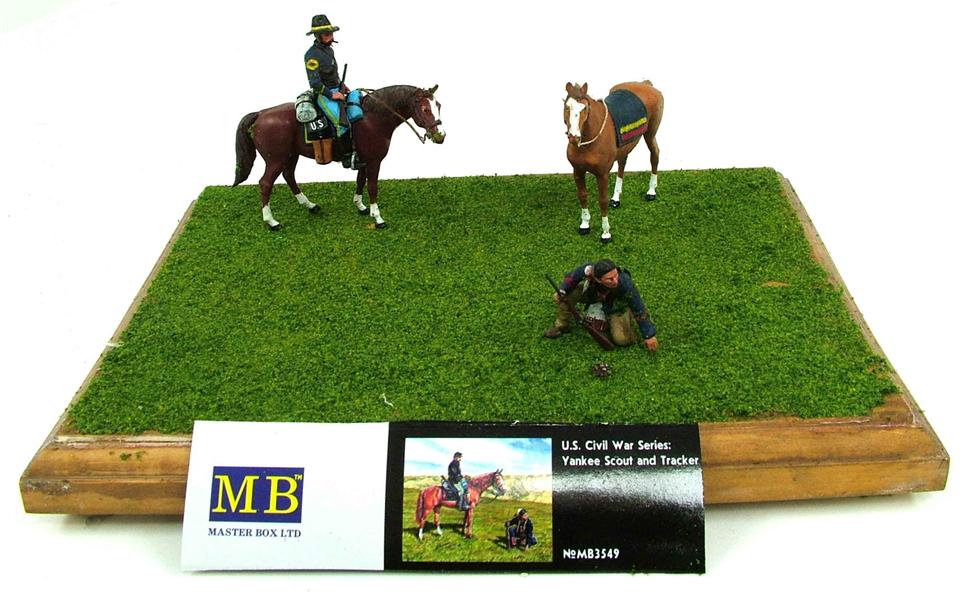 OK, Bob Thompson obliviously dropped the ball (and not the poo) but Prof. Emeritus Bill Leger came through with some fine looking horse poo…that was included in this Matchbox kit.  This scene takes place right before the Battle of Little Big Horn.  Great job, Bill! 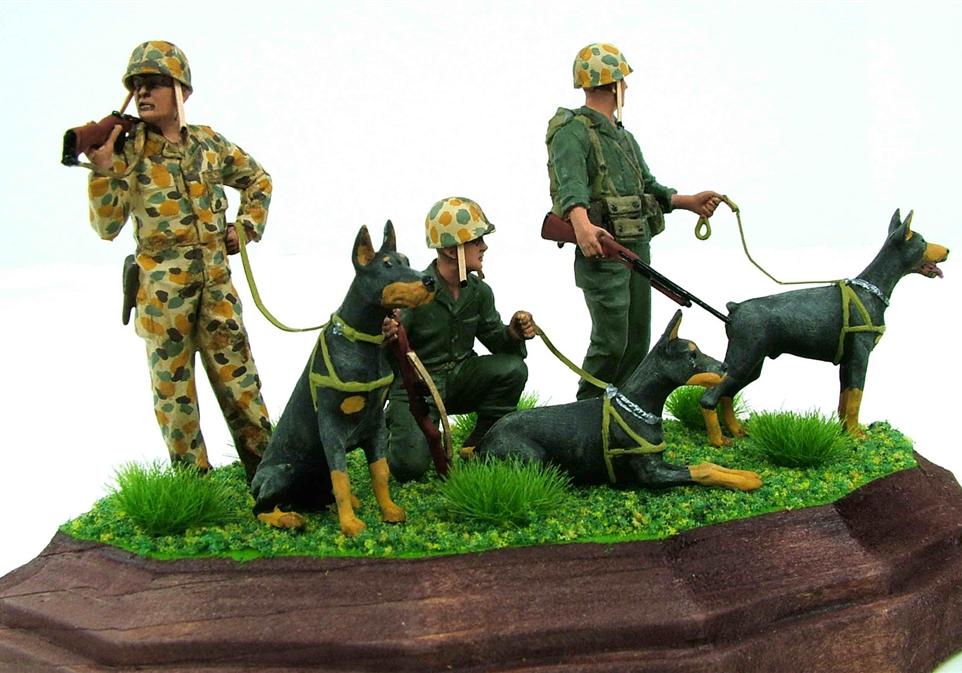 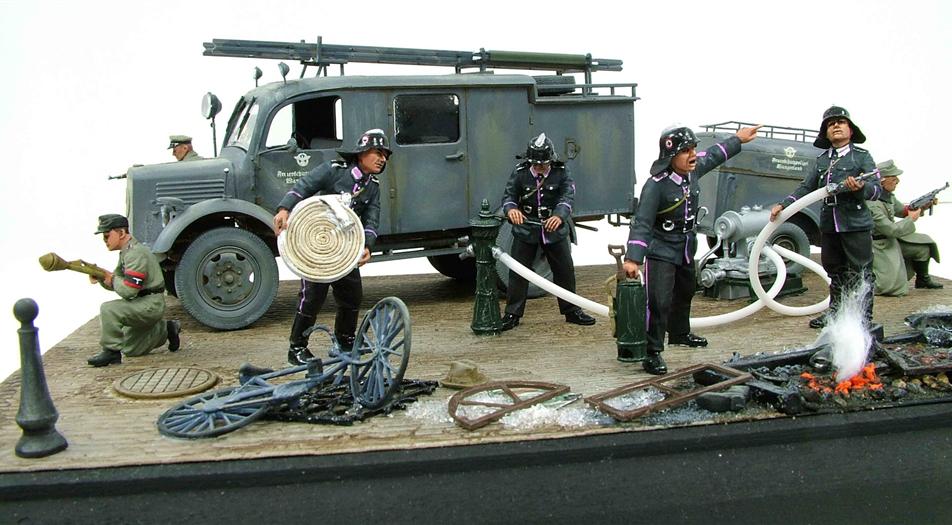 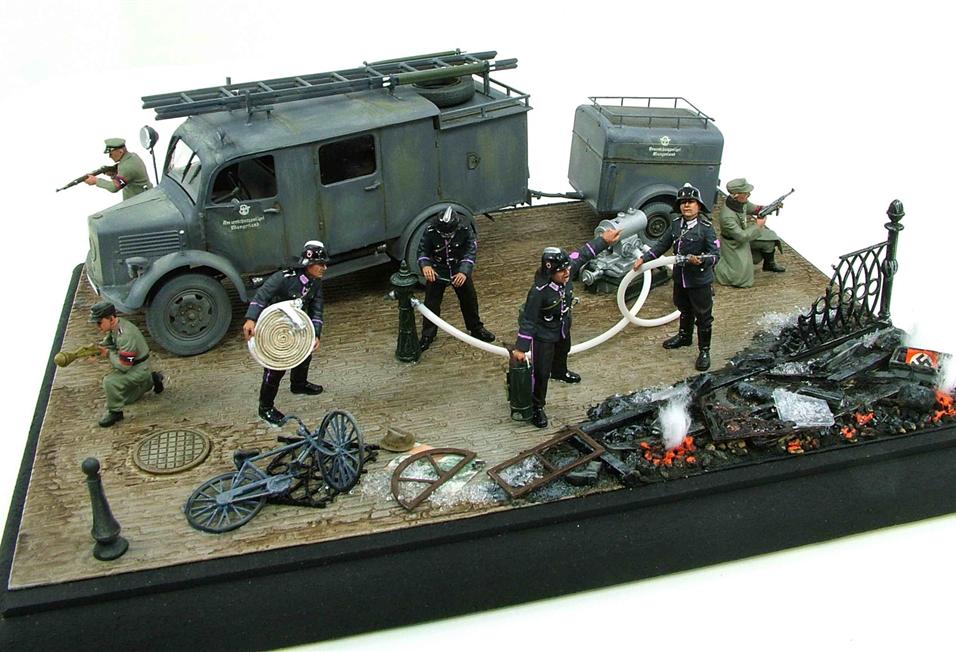 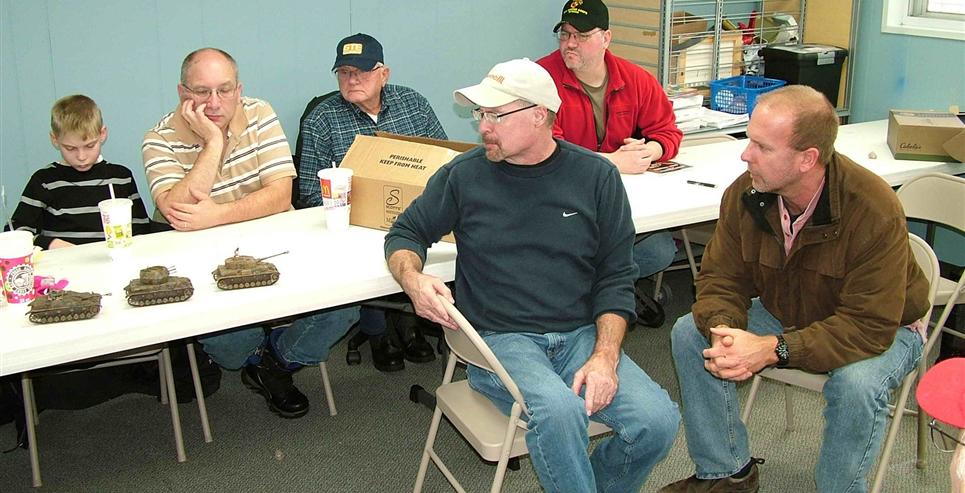