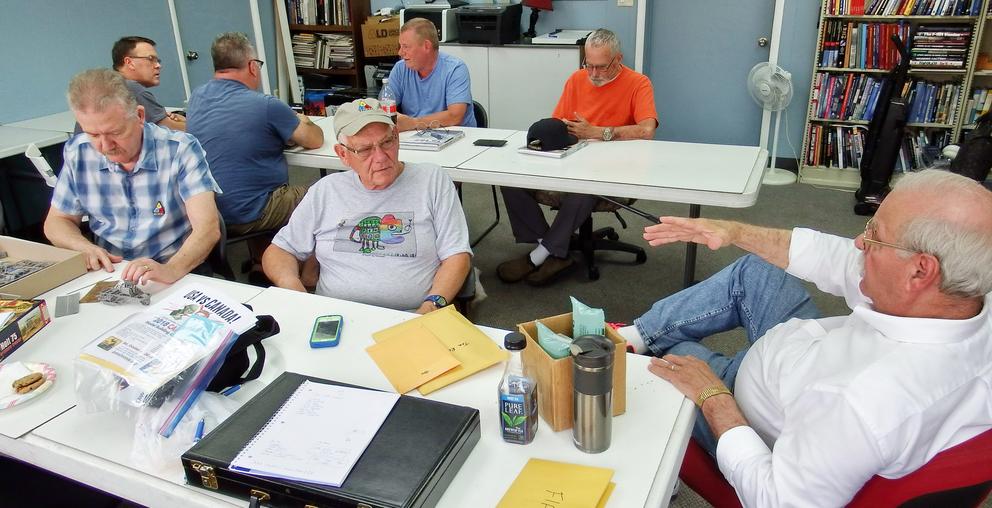 Jerry B is making good progress on his Roden 1/35 Holt 75 artillery tractor despite some horrible fits.  At least the plastic isn’t brittle like some ICM kits.  The roof, as molded, is worthless but Jerry had some material from Danny Jayne that was a perfect replacement...with careful cutting and shaping.  That's the new roof in front.  Good job, Jerry! 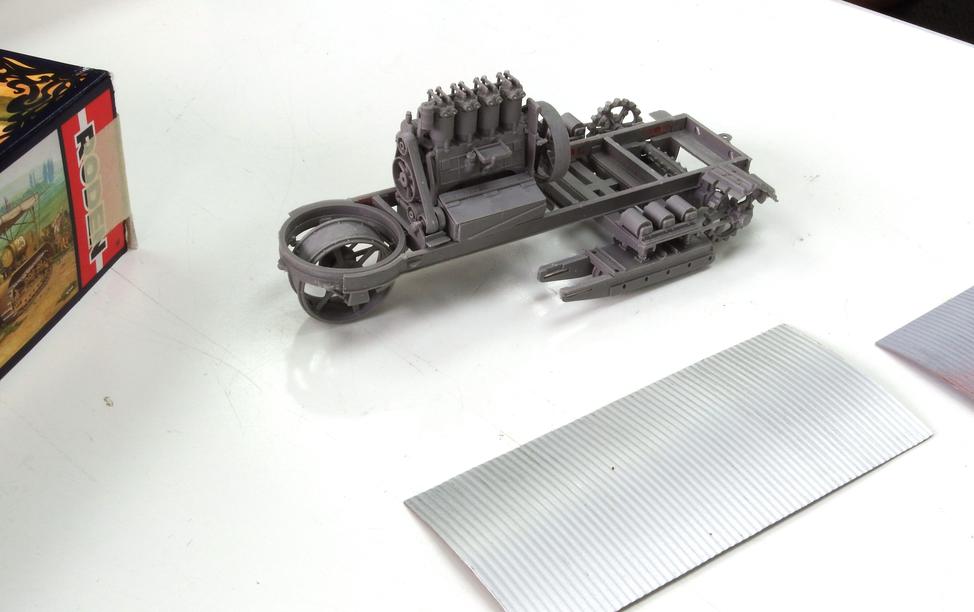 Tom Howard was working on his first car model…the Ghostbusters ECTO 1A.  I think that is the AMT kit.  If it is a typical AMT kit, Tom might think it is possessed!  His buddy Chris is working on a Tamiya Russian SU-85.  Have fun guys!  Prof. Leger is making good progress on that Swift Boat and is making several upgrades to improve the accuracy of the model.
Here is a shot of most of the guys…missing are Bill and Mark Beck.  By the way, Mark has some awesome photos that he took while on vacation…e.g. while on board the USS Wisconsin battleship.

That's it for now...see ya all at the September S&T!