Stan Carrier is thinking out of the box…breaking new ground…with this cool looking vehicle.  He cut the out exterior panels with a Cricut machine…which is a home CNC type machine that uses a knife to cut plastic, wood, cardstock, etc.  The tread plate looks great.  He wants to add better tires…expect to see this puppy back at the April S&T 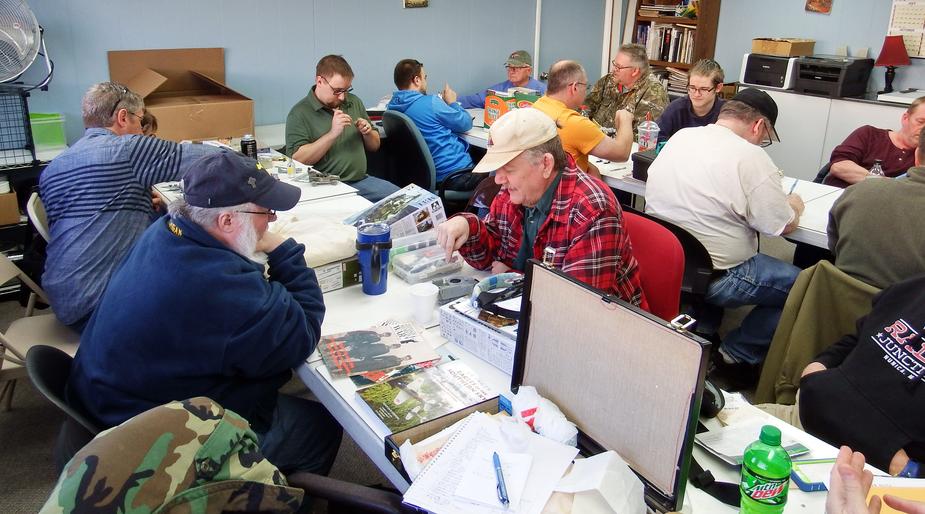 As you can see, it was a very intimate meeting.  Unfortunately, I was sitting next to JR…. 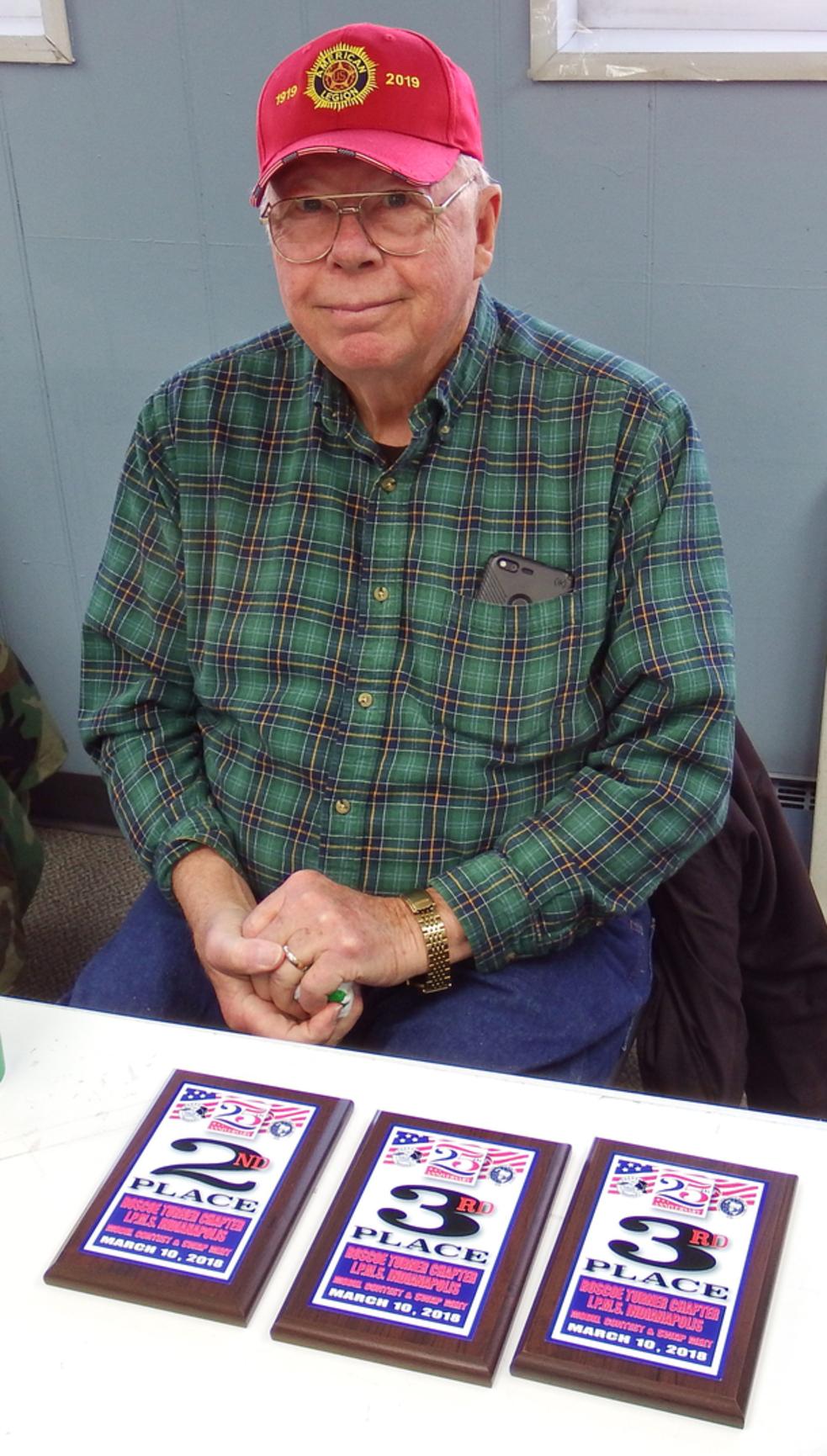 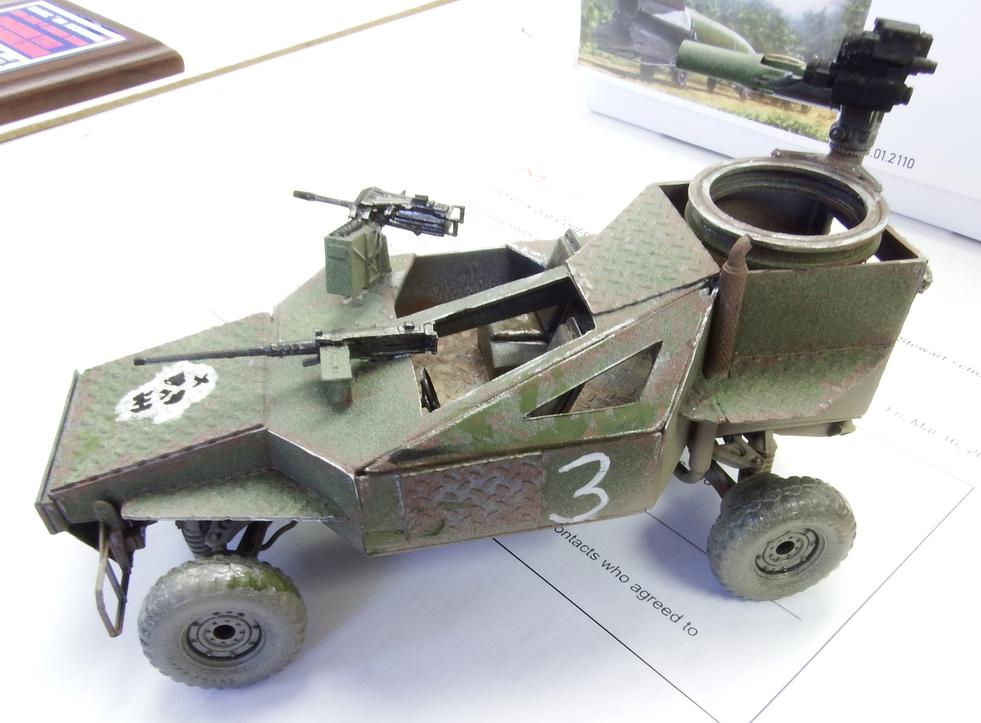 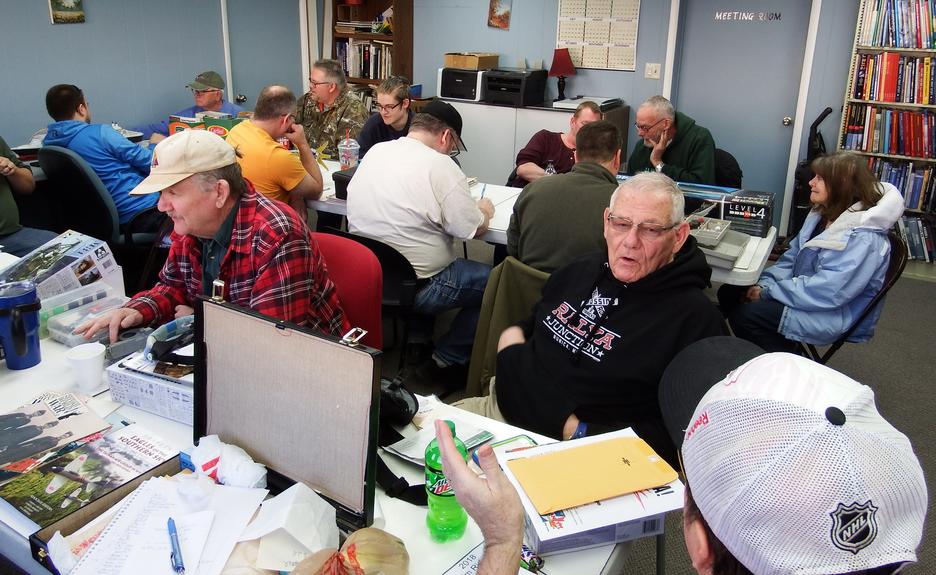 Bummer...the next meeting isn't for three weeks.  I know you'll miss me....

As previously reported, Keith Lemke took first place in the Automotive Diorama category at the IPMS model contest down in Indy AND took the grand prize in the Diorama category!  Whoa!  Awesome!  Skill level 1.55 took a third in the truck category and Alan Vandam took two Thirds and a Second.  Don’t believe me?  Take a look!!  ;-)  Congrats, guys!  TRIAD rules!! 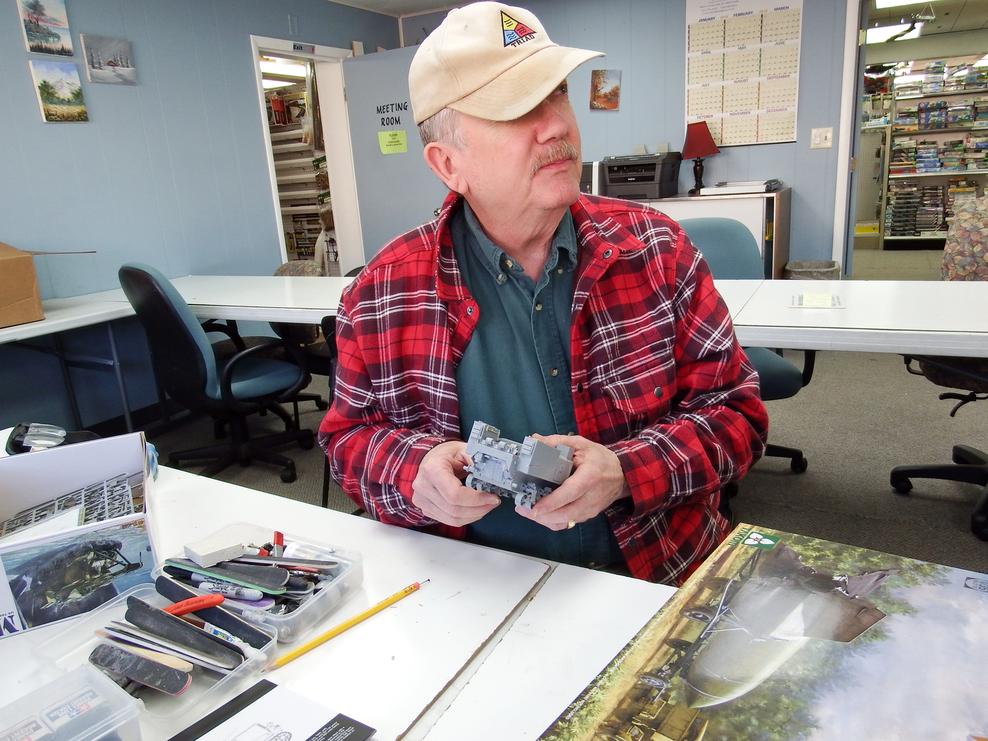 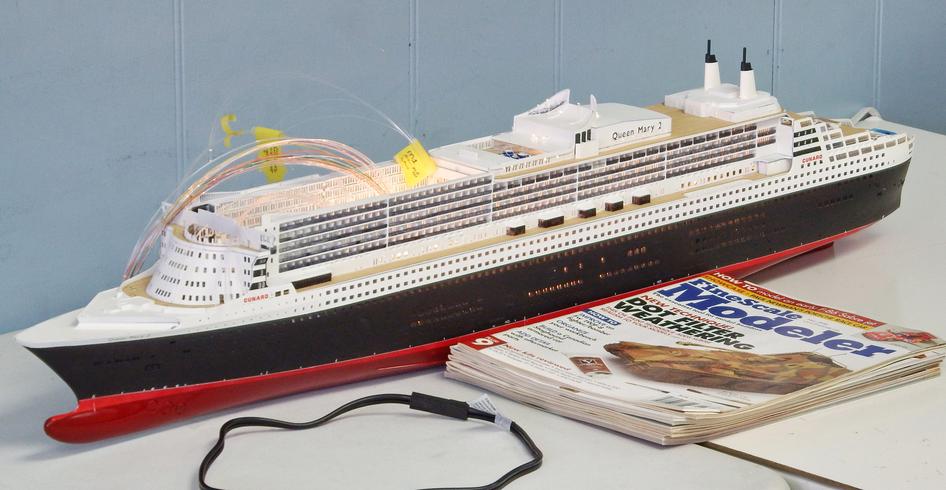 Danny Sutton brought in his illuminated Queen Mary 2.  Not a great photo but we’ll see what we can do when it reappears at a future S&T.  Good work, Danny!

Big Daddy Bridenstein brought in his Takom M-31 tank recovery vehicle.  So far, he thinks it is a pretty good kit but he has had to resort to adding putty to some joints.  Note the photo etch.  With three weeks until the April S&T, Jerry says he should have something ready!