We’ll wrap up another year with two action shots.  Keep an eye on Sutton…he’s got his eyes on me!

TRIAD celebrated thirty years in 2015.  We continue to be a fun, informative, and viable organization.  Thanks to everyone for making 2015 such a successful year!  See ya in 2016! 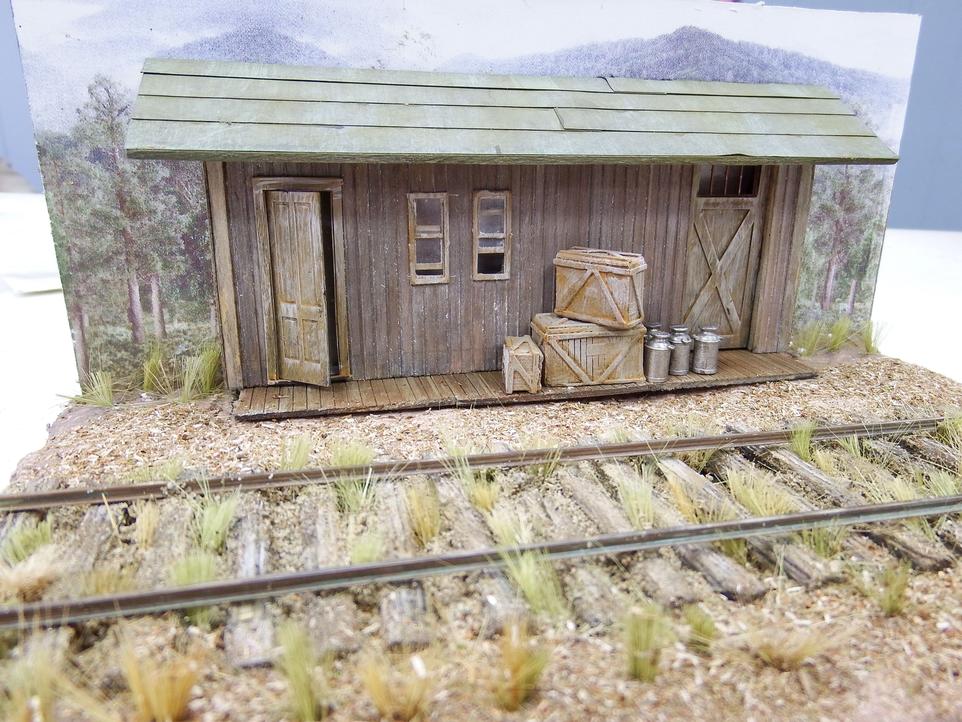 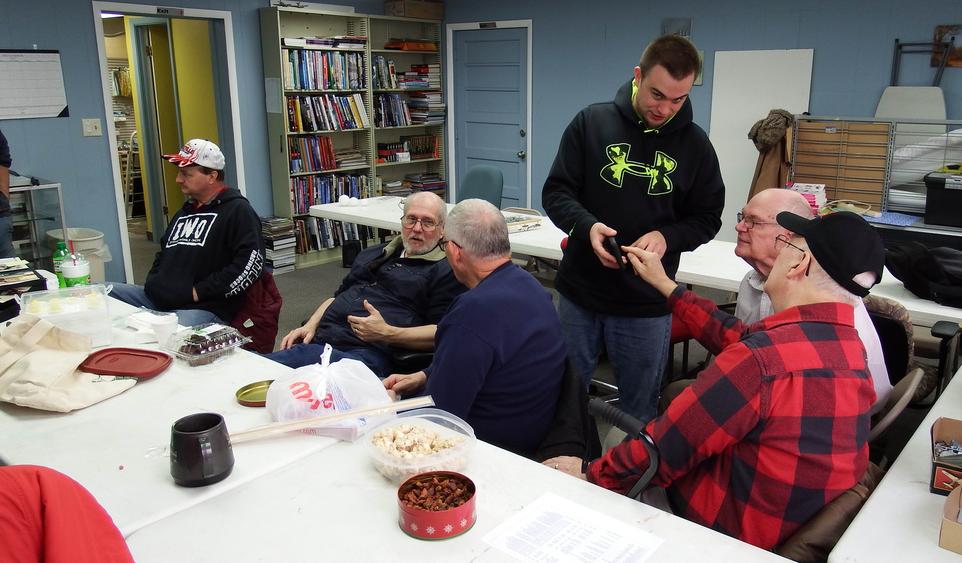 Robert Jackson holds up the flag of his ancestors…the Union Jack.  And the second photo shows his British Spitfire WIP.  Look forward to seeing the completed model at an upcoming S&T.

Al George remains focused on model railroad related structures.  Here is his latest building…a background structure that is only an inch or so deep and is designed to be placed at the rear of a scene to give depth but not take up too much space.  I believe this baby is O scale.  Cool.

Waving his flag…the flag of surrender…is Bob Thompson.  As the battle was about to commence, Bob was heard to shout, “Bring me my brown pants!”  Oh, well…as long as Linda feeds us….   ;-) 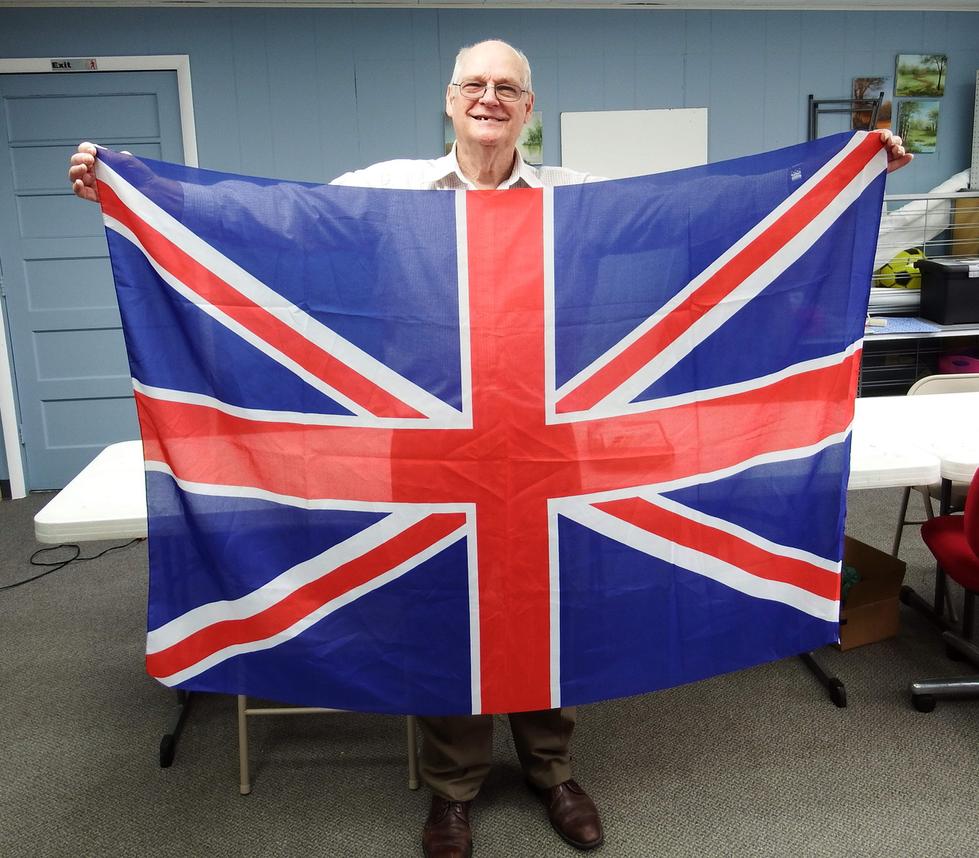 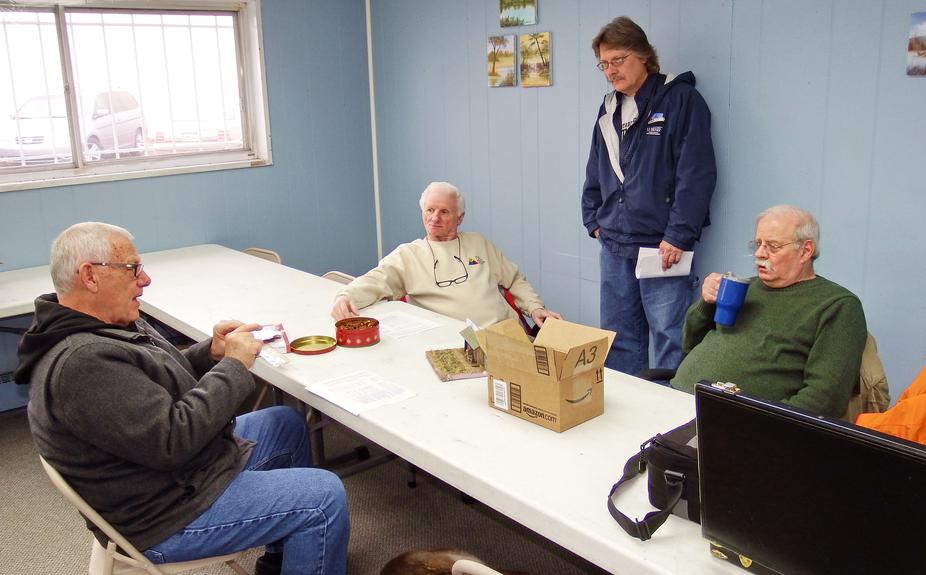 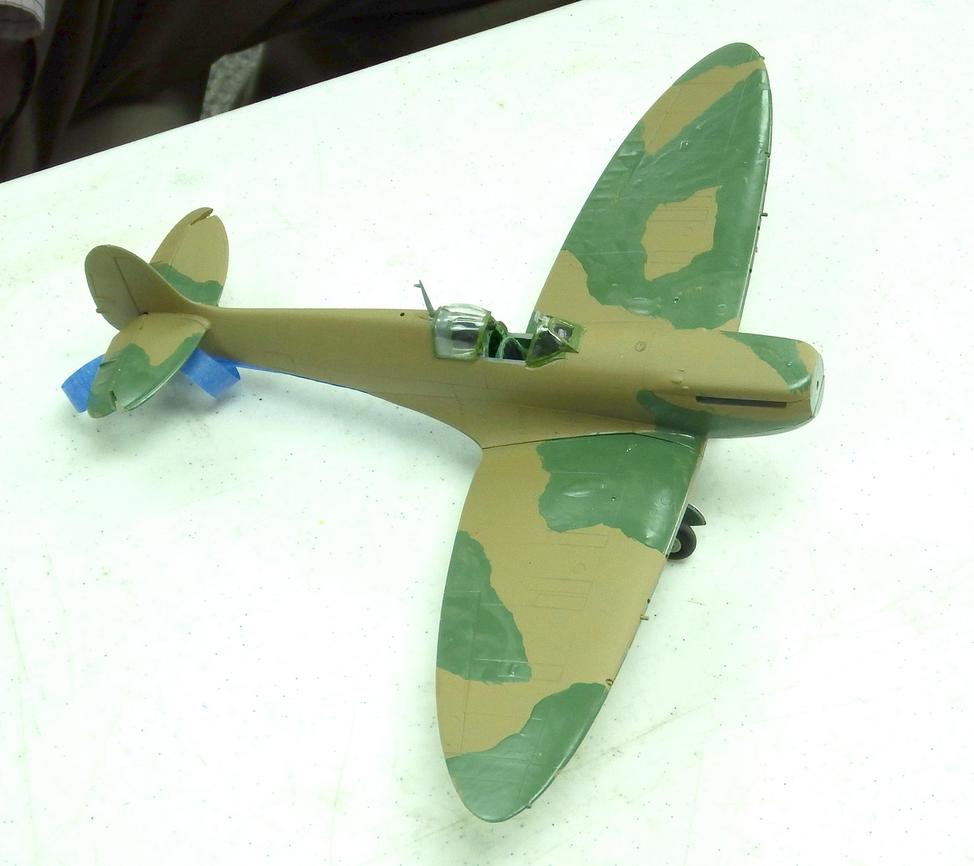