Today’s meeting was a laid back affair.  We spent most of our time making fun of, ridiculing, belittling, and just plain bad mouthing member Tom Ralya.  Then he showed up a half hour late and we had to stop.  Well, it was fun while it lasted…..  ;-)
Well, that’s it.  We had a good time…then Ralya showed up.
Here’s a photo I took…before Ralya showed up!
See ya at the September S&T…should be a biggin’s!  Wonder if Ralya will be there???  ;-) 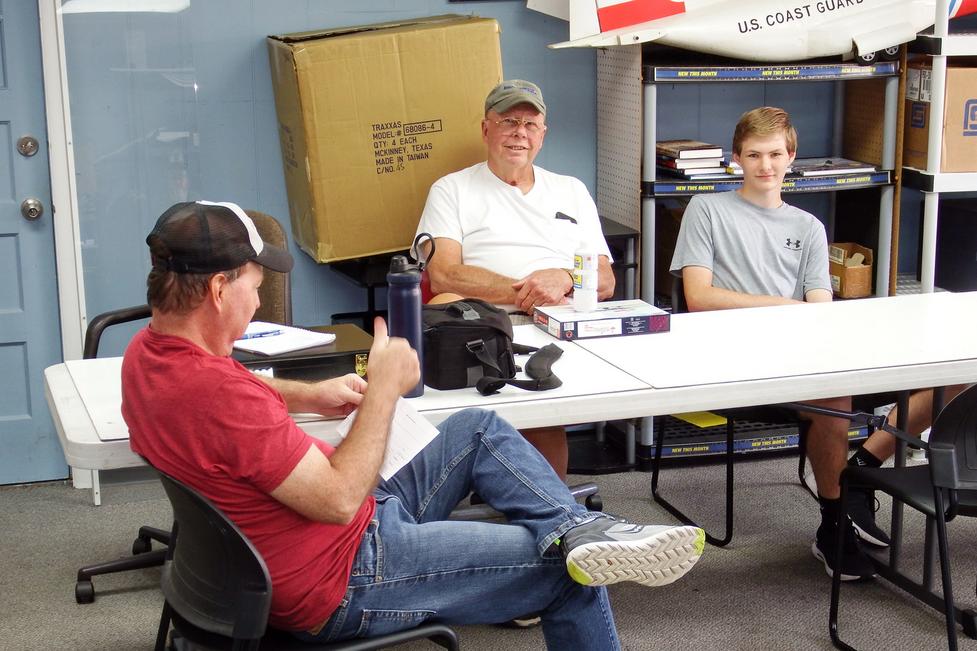