​Tom Miller brought in two beautiful military models.  First up is his Dragon LVT-4 in 1/35 scale.  This is an unidentified USMC unit from Iwo Jima 1945.  Tom used Ammo by Mig for everything: paint, finish, and weathering.  Tom loves Ammo by Mig paint.  He says this paint sprays out of the bottle and doesn’t clog the airbrush tip like other acrylic paints.  And the paint rinses out with water.  He sprays at 15-17 psi.  He also used their oils and finished it off with their flat finish.  He utilized Bison Decals.  I think he said he used Verlinden paper for the boxes.  I don’t know…I can NEVER get my boxes to look that good.  They look 3D!  I need more info!  Great job, Tom​​ 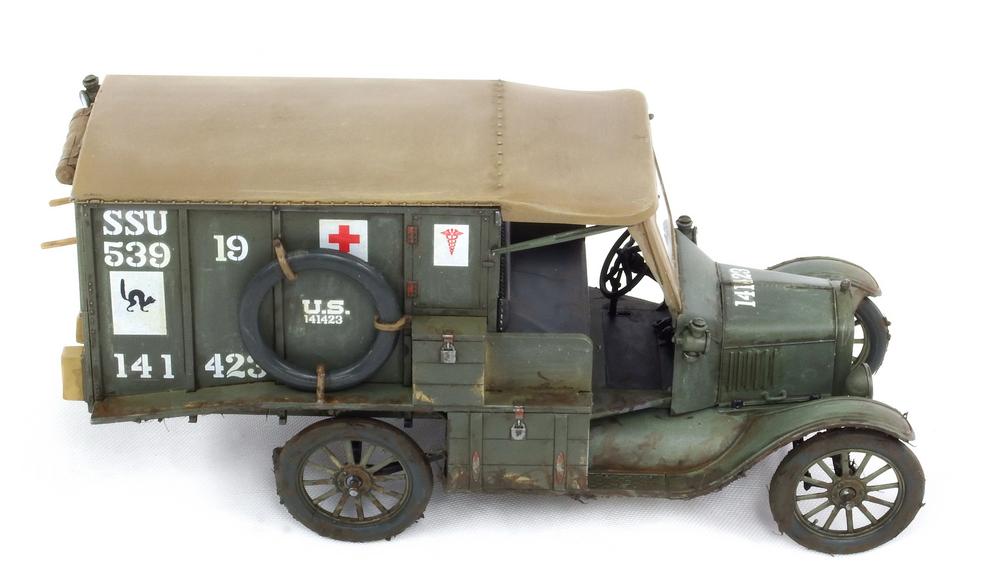 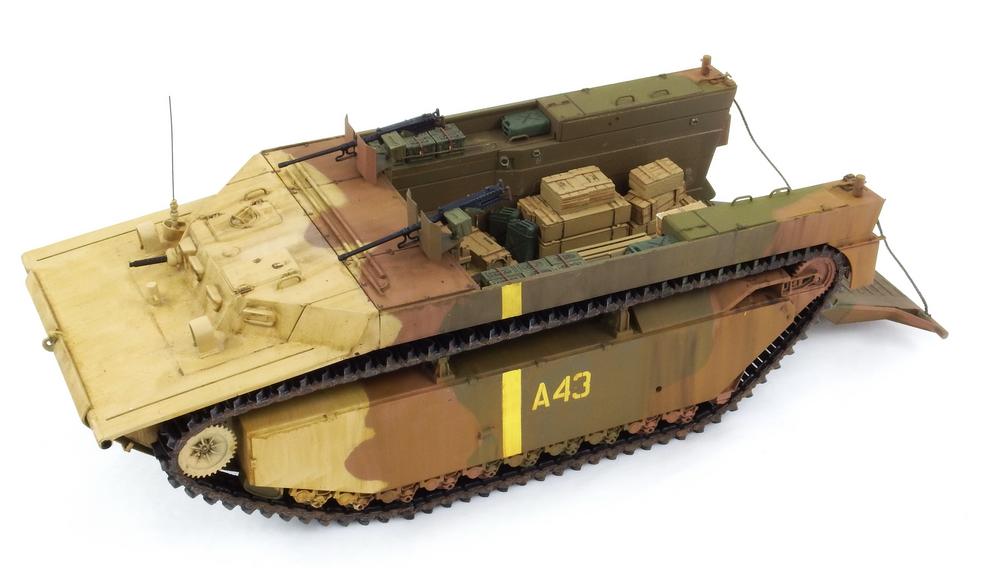 ​I barely recognized Scott Herbert behind that face covering   he calls a beard!  I always say, you can’t trust any guy with a beard…..  This is the 1/35 Revell Model T 1917 Ambulance.   Scott says it was easy to build but some fiddly parts for the engine which ended up being hidden anyway.  Main paint was Vallejo Model Color. Some accent  colors were AK 3rd generation  acrylics.  Painted with an airbrush and weathered with AK enamels and AK watercolor pencils.  This is some of the most impressive weathering I’ve ever seen!!  Whoa!​  I am jealous!!

​That''s it! ​We'll see you in two weeks for the Work Session! 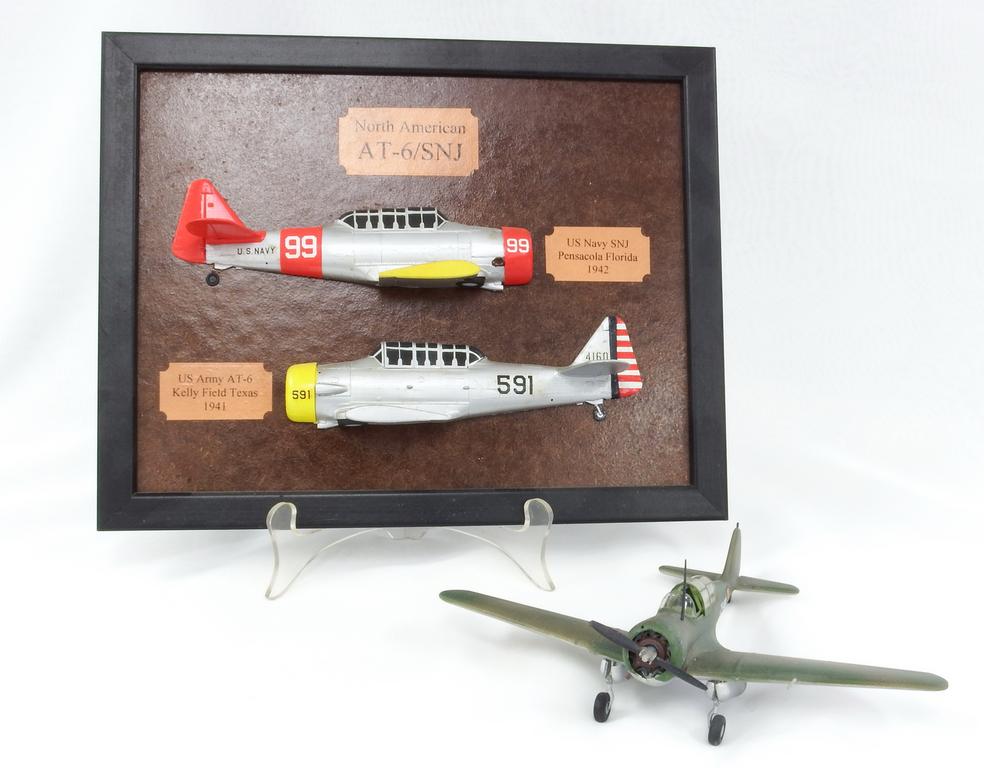 I’m thinking Mark Jahsan’s theme for today was trainer aircraft.  When life handed Mark a Lemon on his 1/48 Monogram AT-6, it turned it into a very tasty lemonade!  On top, we have the Navy AT-6 SNJ trainer and on the bottom is the AF version.  Very unique display!  Very well done, Mark!

And below the AT-6 we have the 1/48 Sierra Scale CW-22 trainer which served in the Netherlands East Indies . Another beautiful aircraft model from Mr. Jahsan!

The President is back with another beautiful dirt track late model race car.  He started with the  AMT Richard Petty Dodge Dart and he built it OOB…except he fixed all the horrible kit issues.  He swapped the racing slicks for dirt track style wheels and tires.  He used Testor’s gloss blue with Tamiya Semi-gloss clear.
He used decals from his decal box along with hand painting.
This guy is incredible!​

​Tom’s second model is this 1/35 Italeri, Tamiya, and DML!  That explains all the heavy modifications.  History: USMC 1945 Iwo Jima 3rd Marine Div.  As before, Tom only used Ammo by Mig and he was able to complete this beauty in only three weeks.  This guy is an armor legend!​ 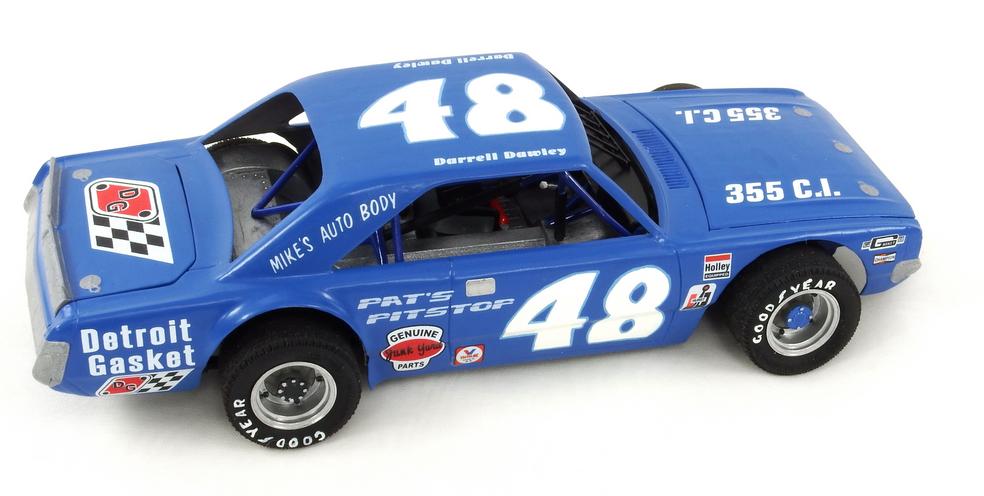 ​And bringing up the rear, we have skill level 1.55’s two 1/25 1947 Chevys.  Both kits are from Galaxie and I recommend them.  The black sedan delivery is intended to mimic the hearse/ambulance that appeared in the Twilight Zone episode, A stop at Willoughby.  The second Chevy is the 1947 Aerosedan.  He added spark plug wires to both versions.  99% of the kit chrome was replaced with Alclad chrome.  Very good kits with some challenges.​ 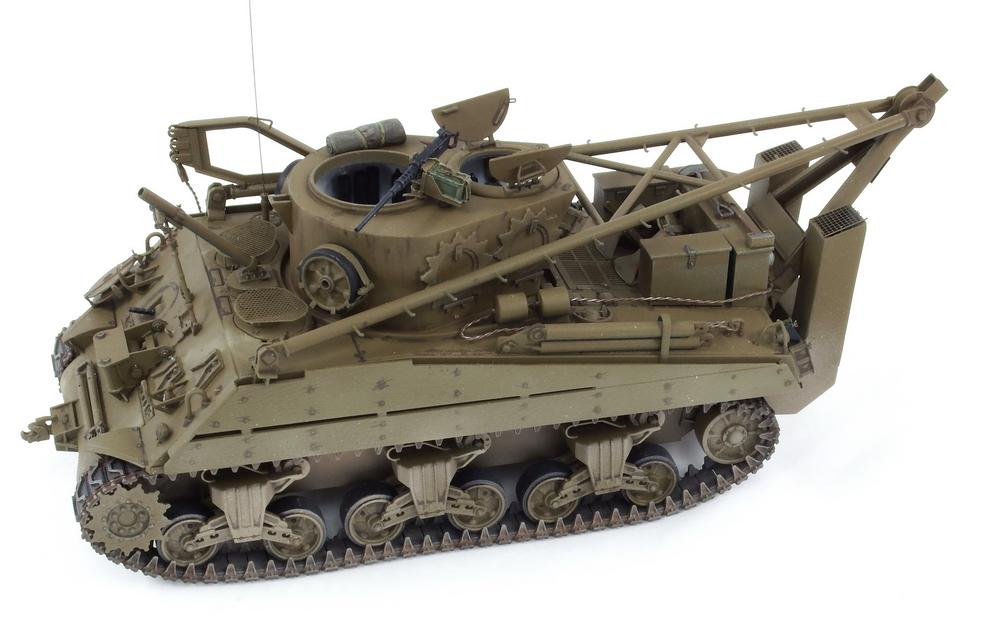