See ya at the November S&T! 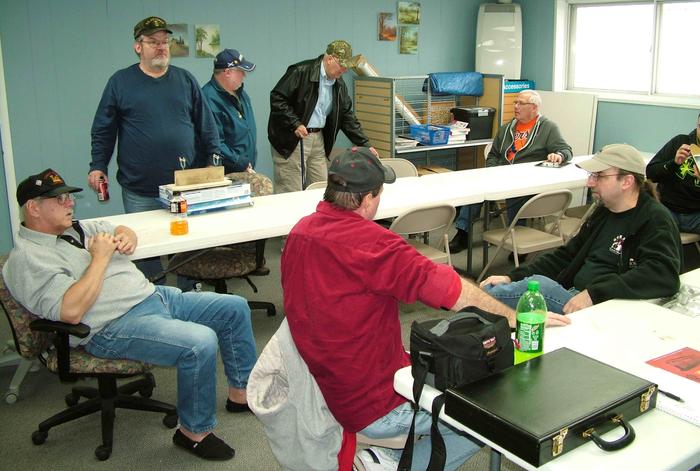 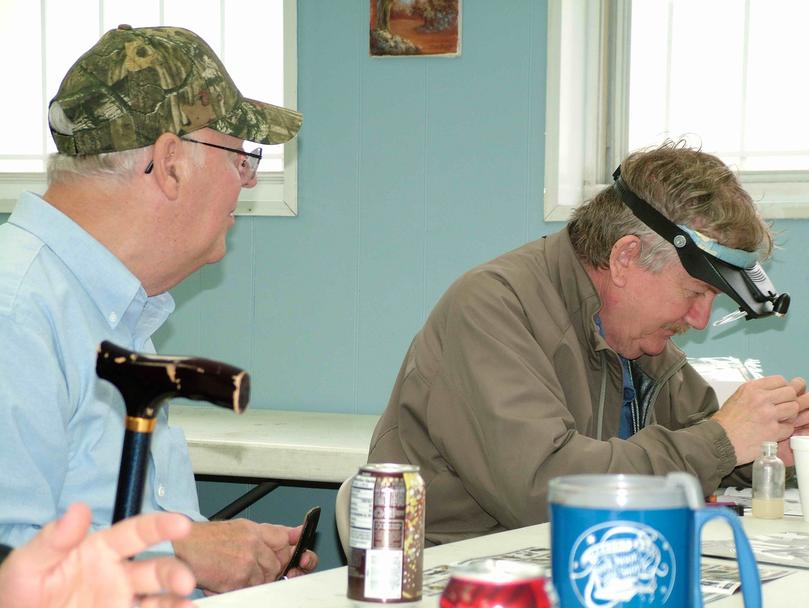 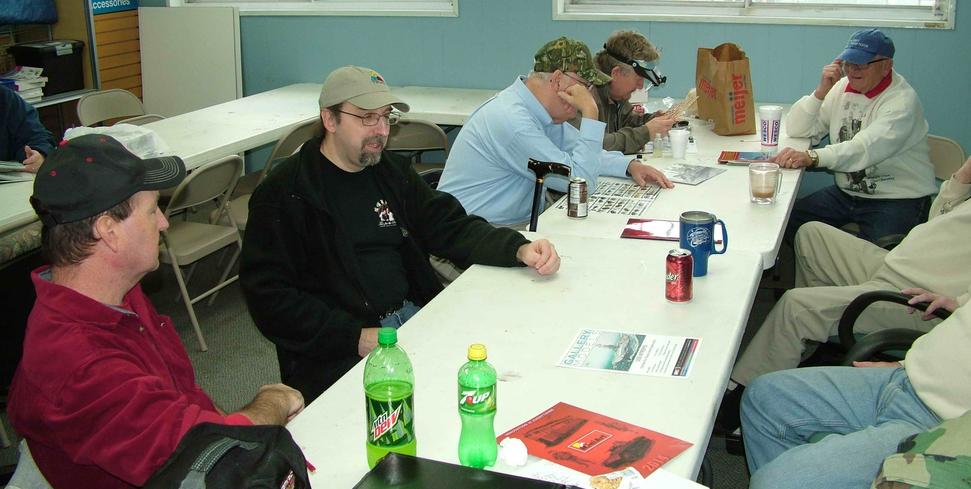 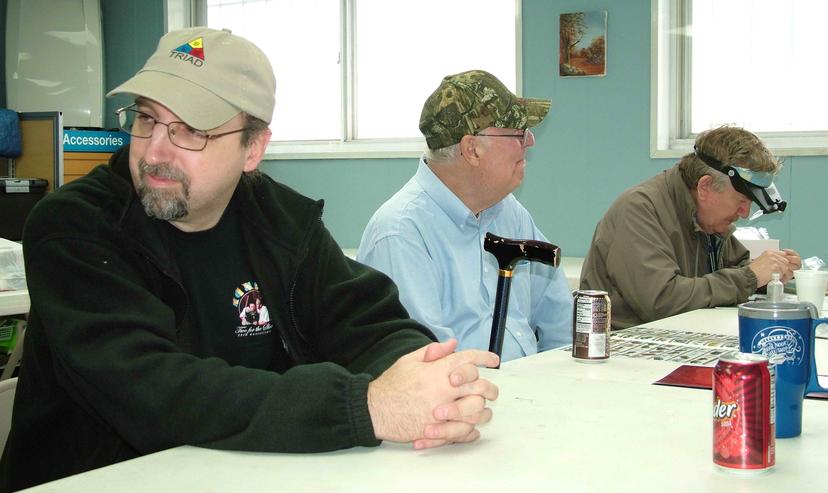 We’ll wrap up with four photos capturing the true essence of a Show & Tell…whatever that might be…. 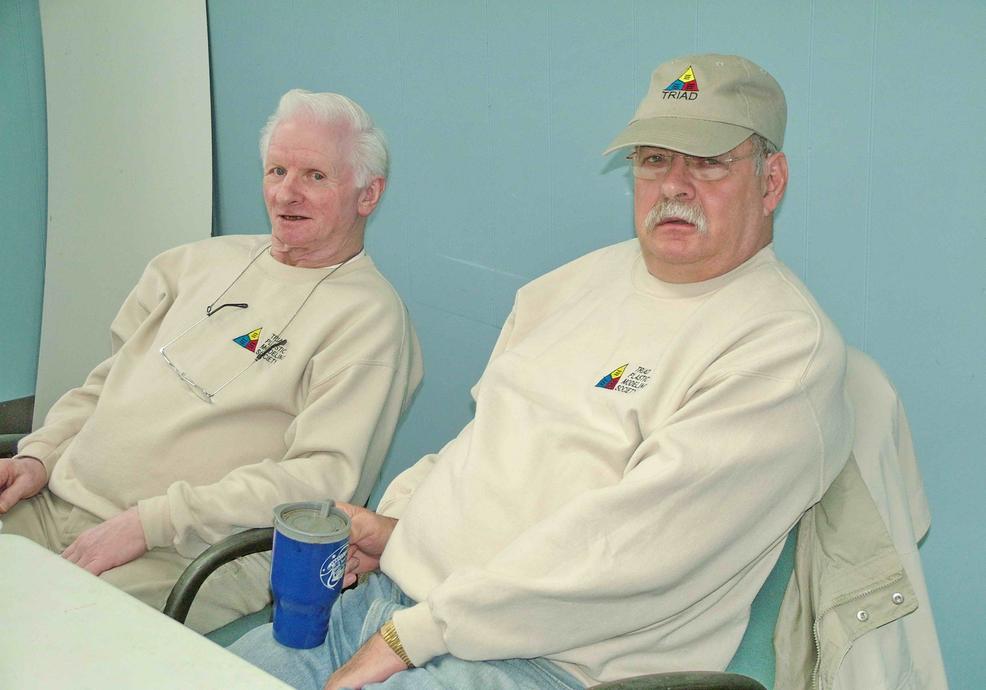 Here are two handsome members proudly wearing their TRIAD-wear.  Well, at least their shirts are handsome….   ;-) 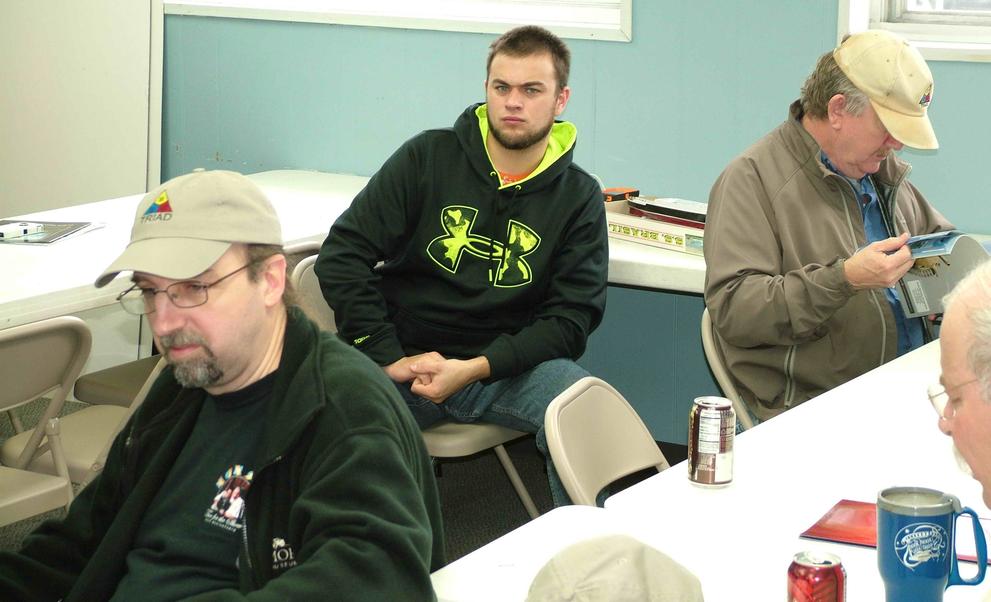 Here are four of Snow Whites Dwarfs…can you tell which one is grumpy??  ;-) 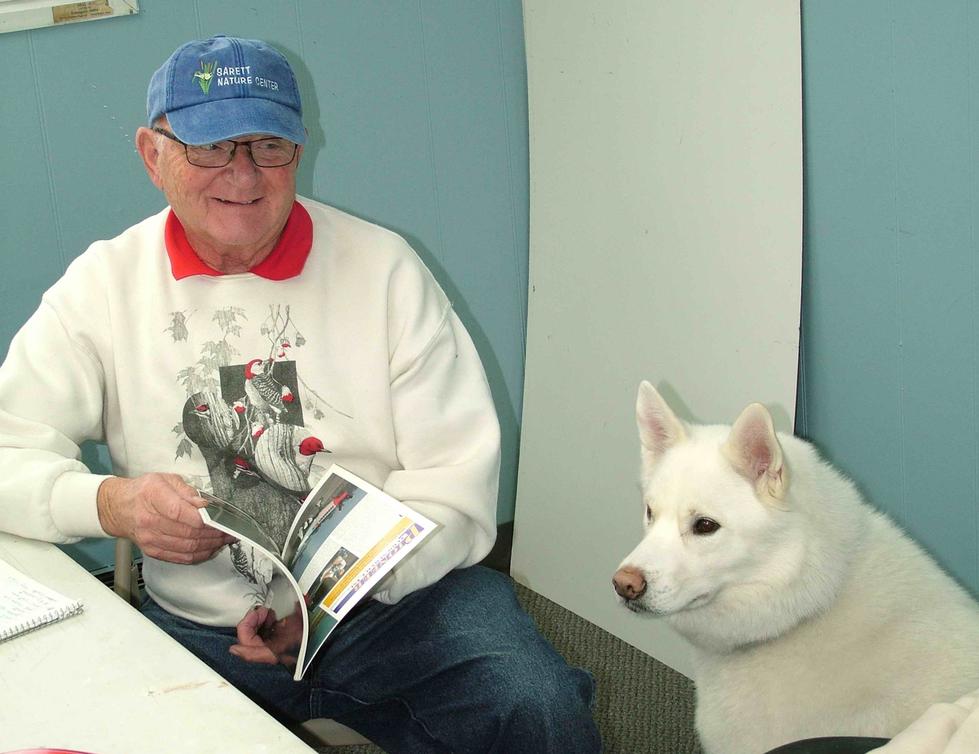 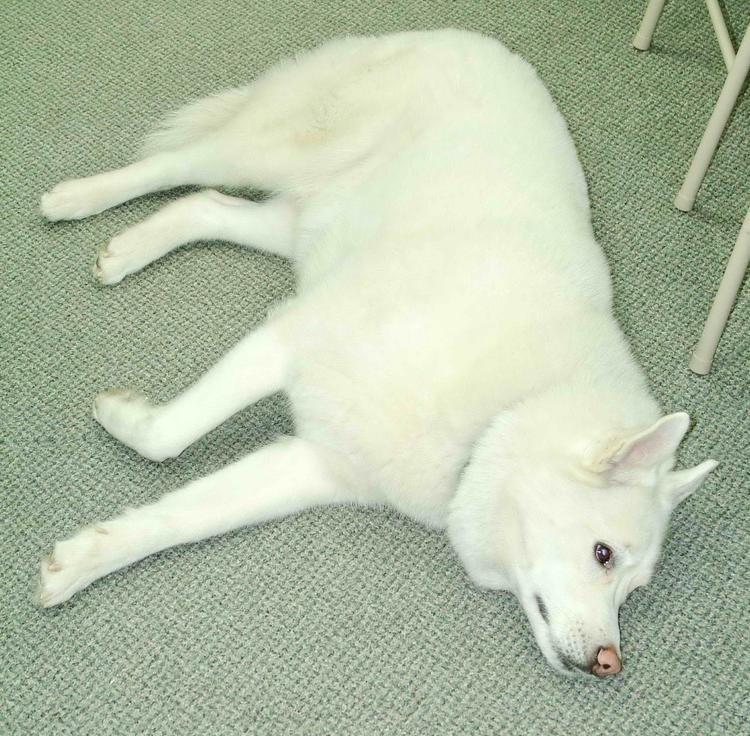 Here is Koda…patiently waiting for anybody to bring him a treat.  If only Bob was this well behaved….  ;-) 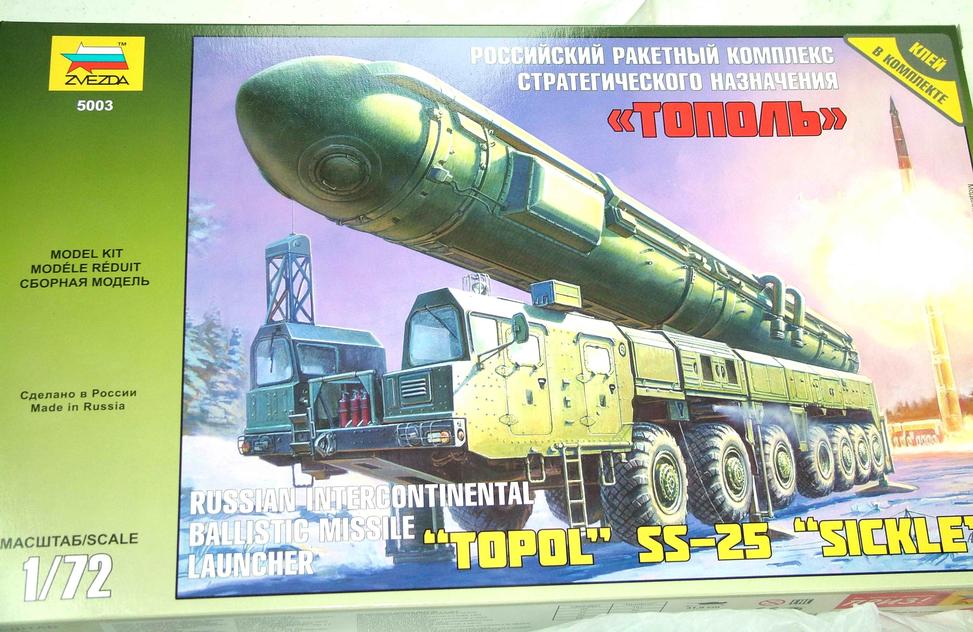 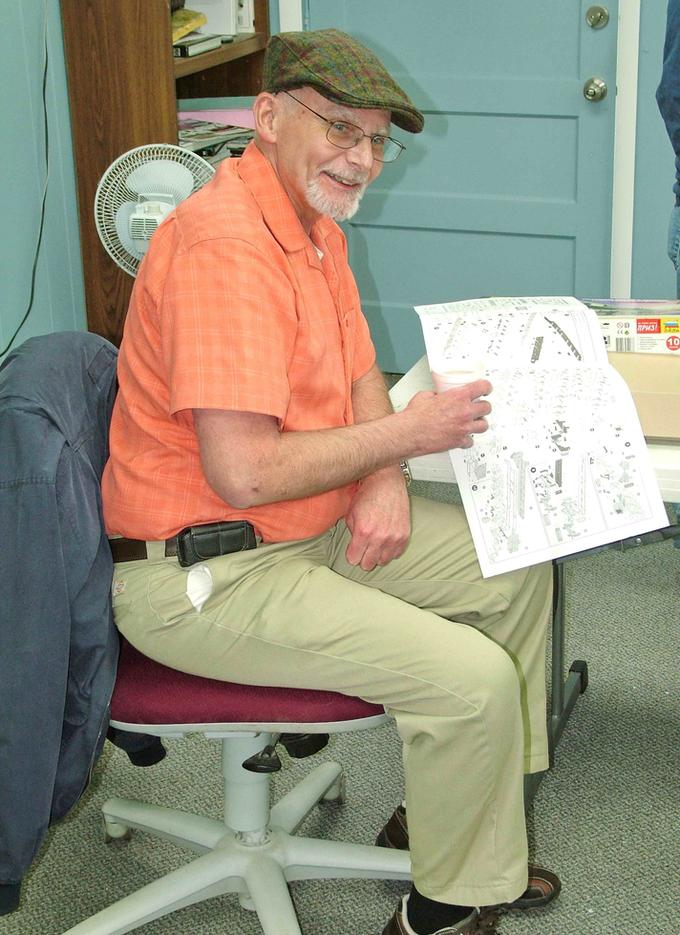 It had to happen.  Just like Bob Thompson in past years, Dale Yonkers is trying to look more like skill level 1.55.  Unfortunately, he’s pulling it off better than skill level 1.55 does!  Here is a photo of his latest kit…a Soviet ICBM. 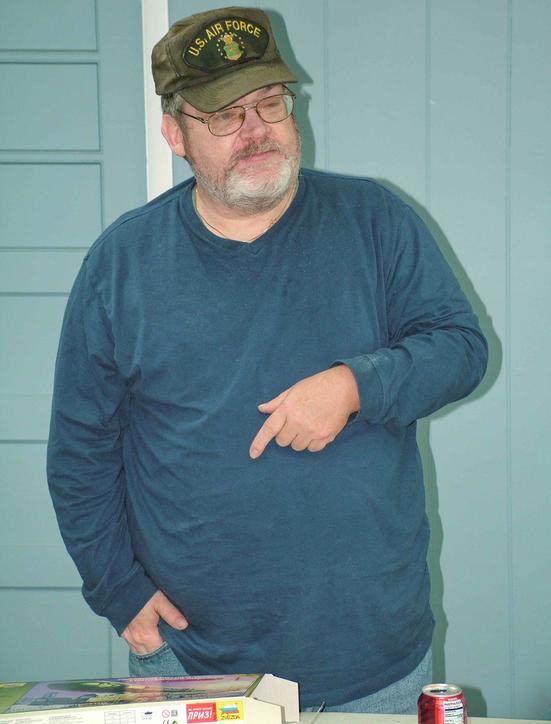 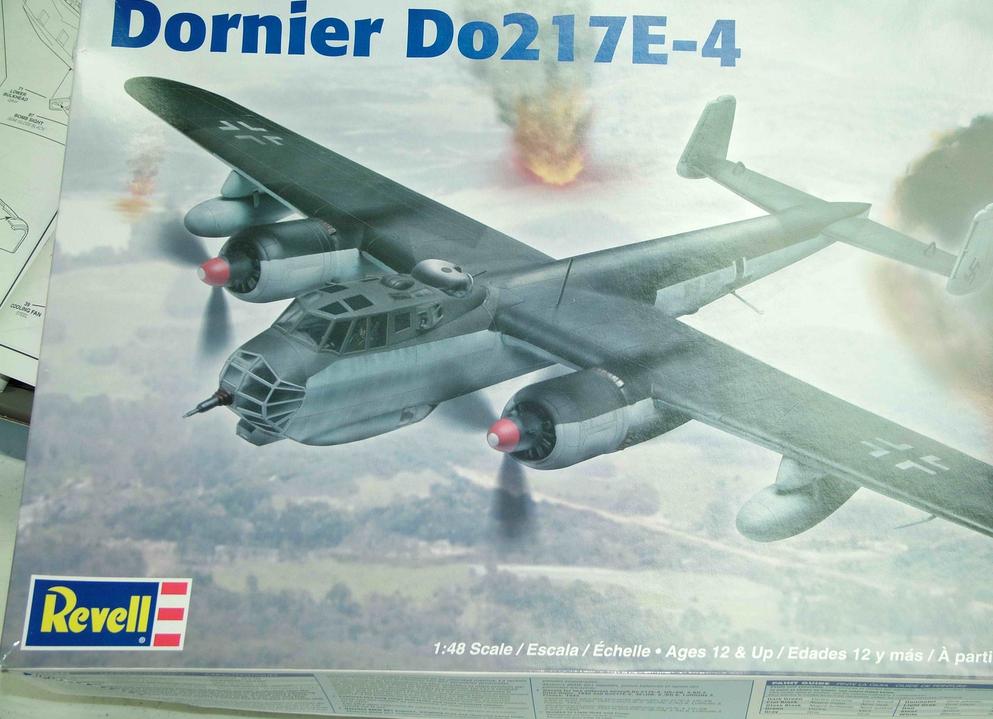 Doug Schuur has strayed from his steady diet of jets and has started working on this German Dornier aircraft.  Dan will be happy…. 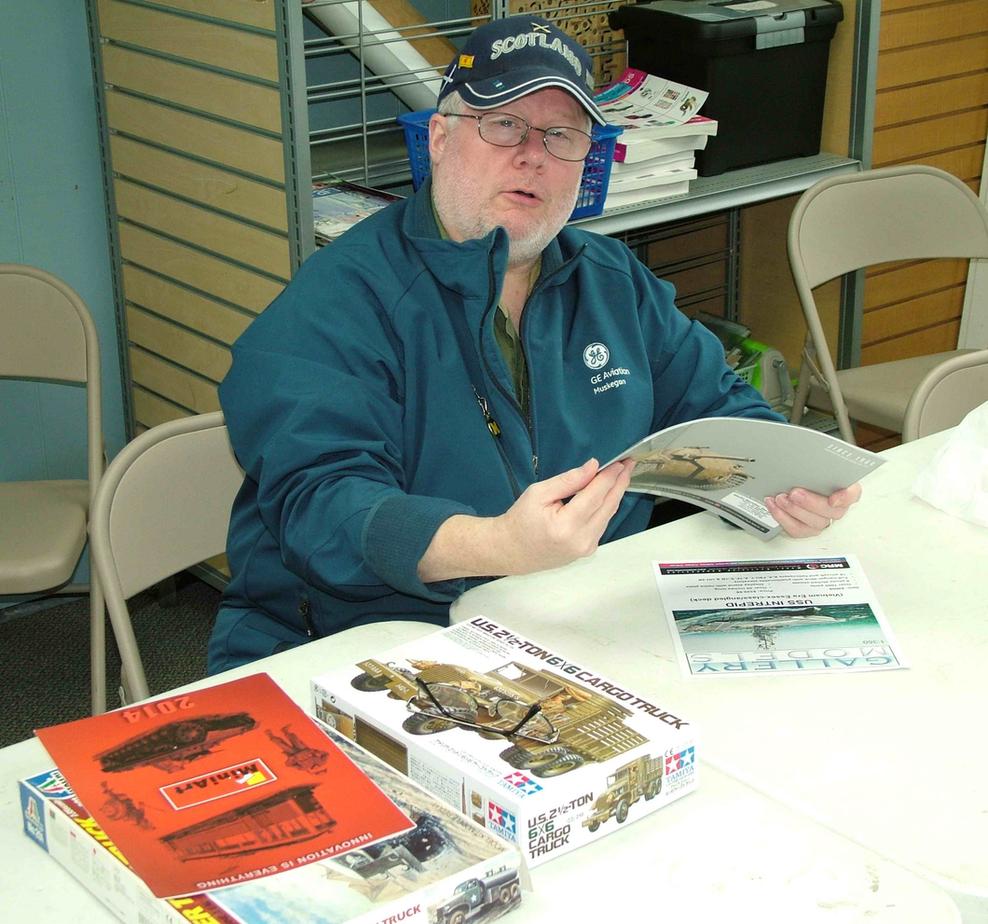 Brad Hicks is about to start working on the 2-1/2 ton cargo truck shown in this photo.  Actually, I think he said he was going to build two of them.  Good luck! 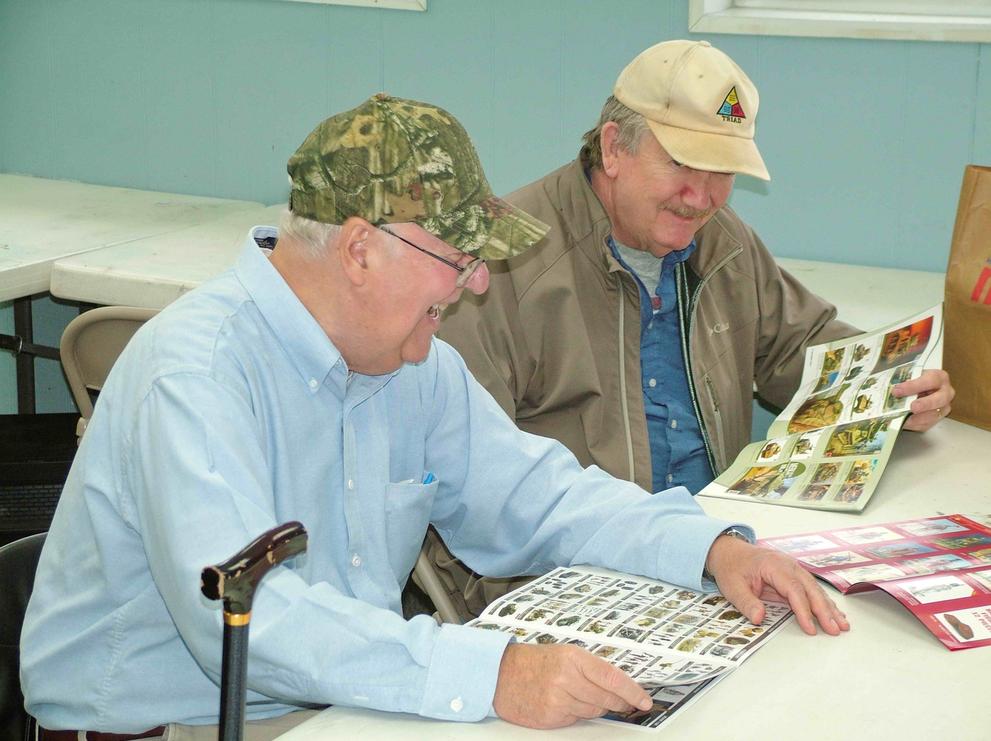 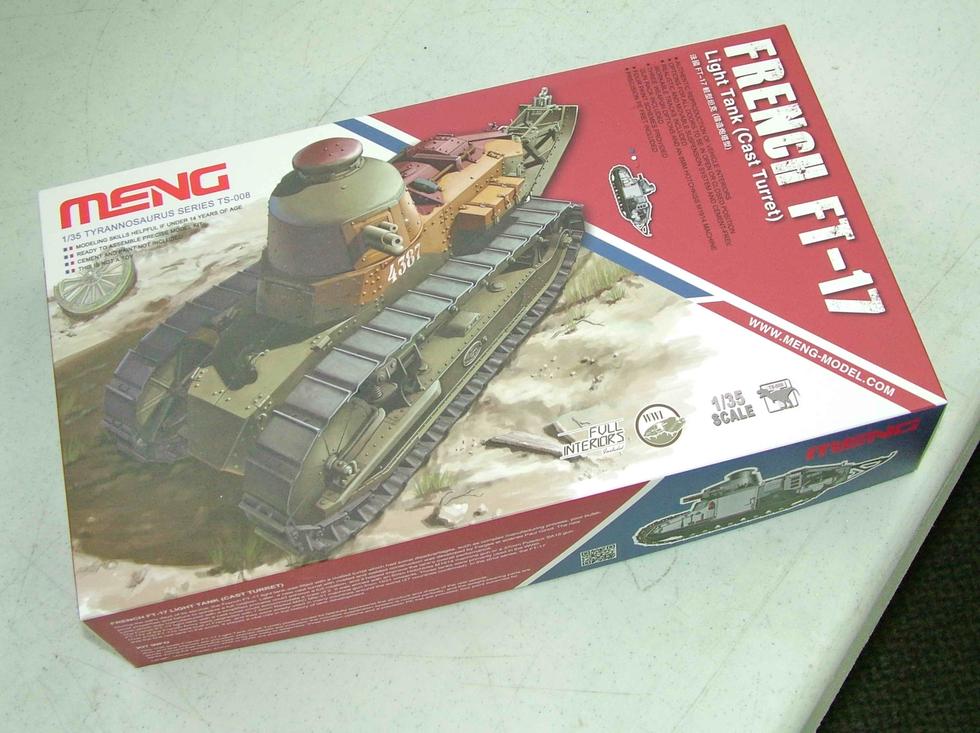 A pretty good turnout, 14, for a Work Session.  Big Daddy Jerry Bridenstein was seen working on his new Meng kit that he picked up at this year’s K-Zoo contest.  If it is like other Meng kits, it should be fantastic.