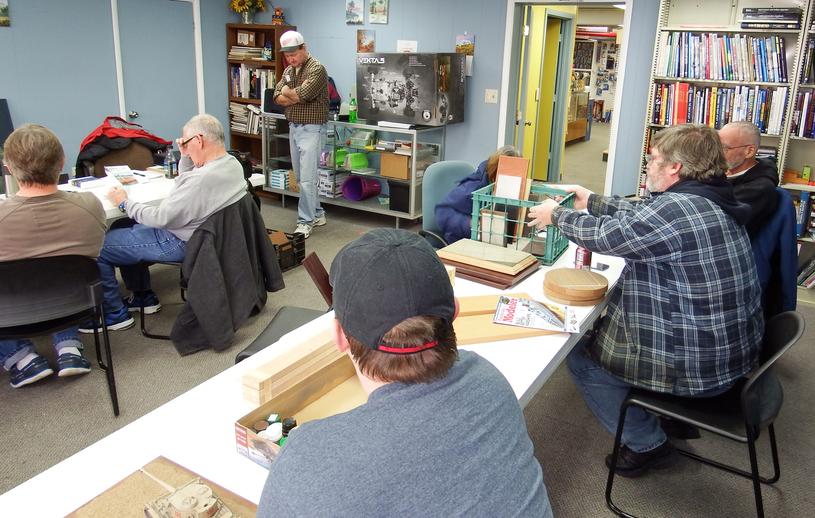 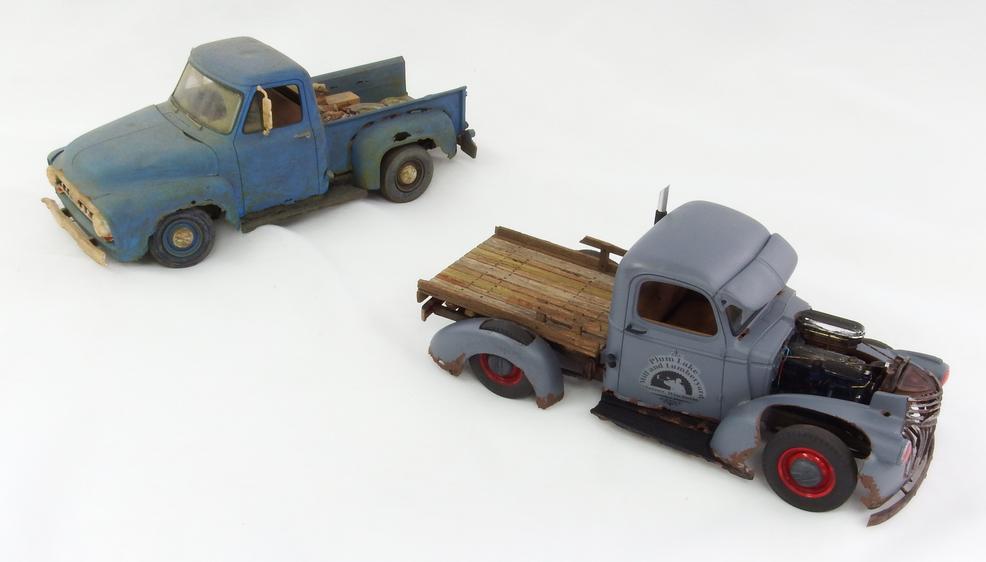 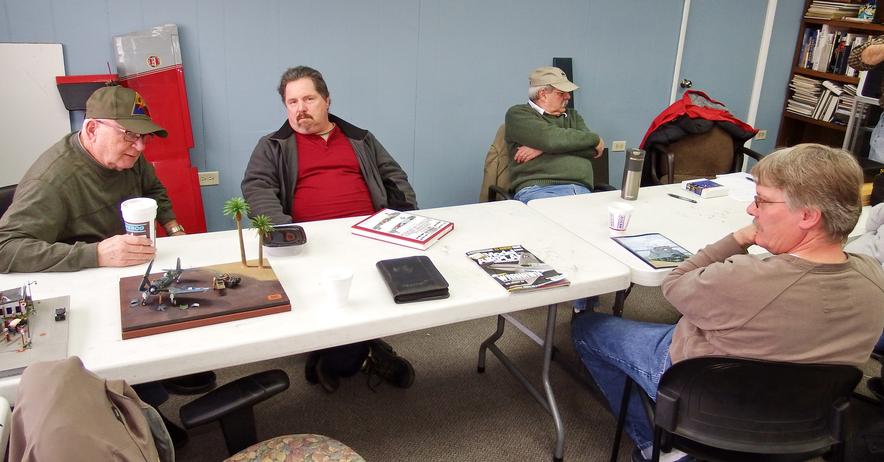 Great time!  Just remember the rule, Beck...don't bring in cookies unless you have enough to share!  See ya at the Work Session. 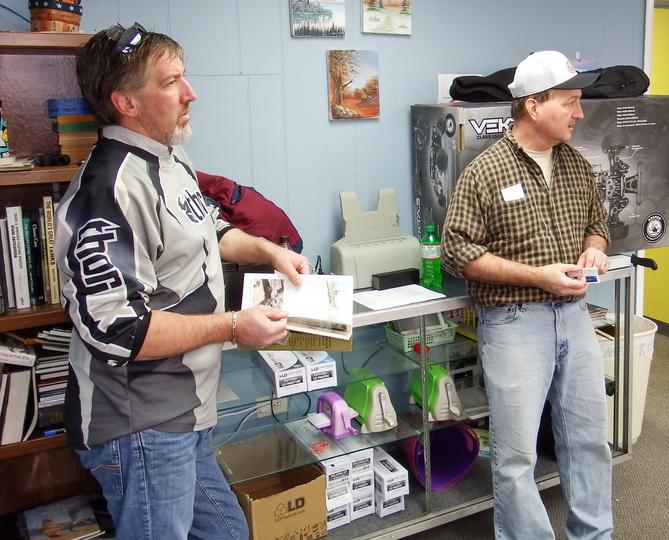 Danny Sutton brought in a WIP 1/426 Revell Arizona battle ship that will be “renamed” the Pennsylvania circa 1941.  Please bring it back in when it is finished!  You can see the model two photos up. 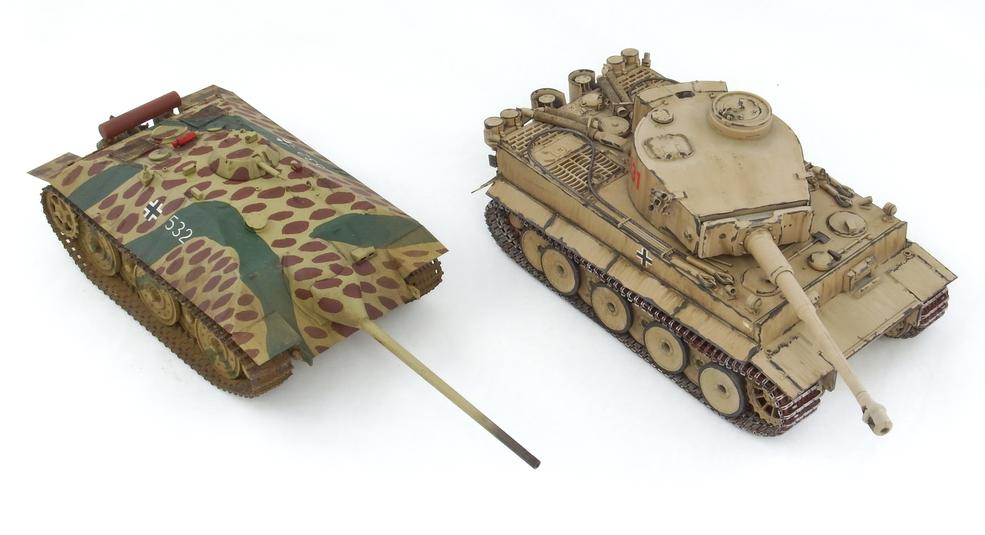 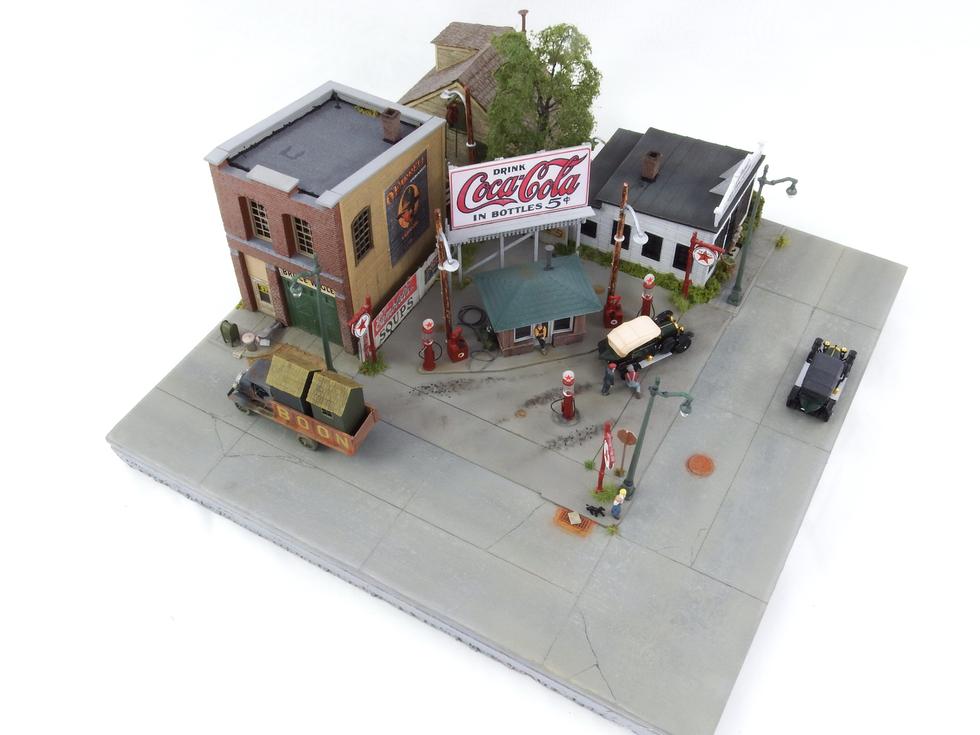 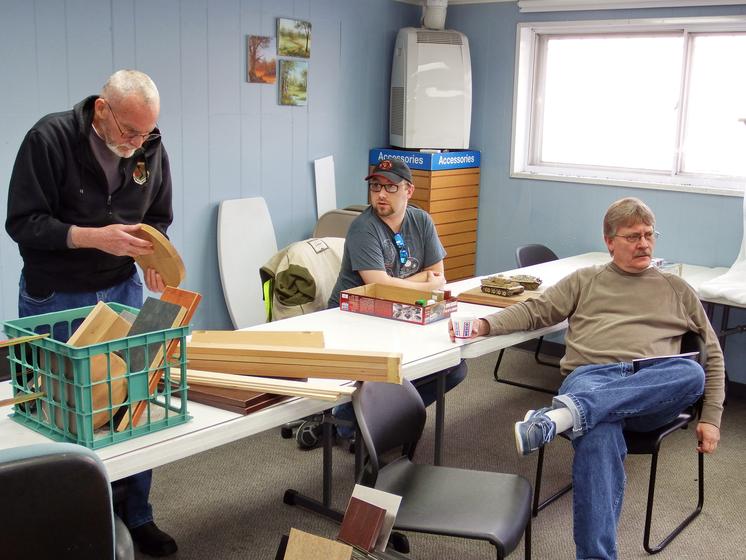 Dave Martin once again was unable to make it in but he did drop off his two latest models.  The tank is a DML kit of a JSU-152 self-propelled gun.  The decals are for the People’s Liberation Army Regiment 1951.  It is his first Korean War model.  The second model is the Tamiya Jeep with the driver painted to represent an African American of the Red Ball Express in August-November 1944.  Nice job, Dave!  Hope you can make it one of these S&T’s. 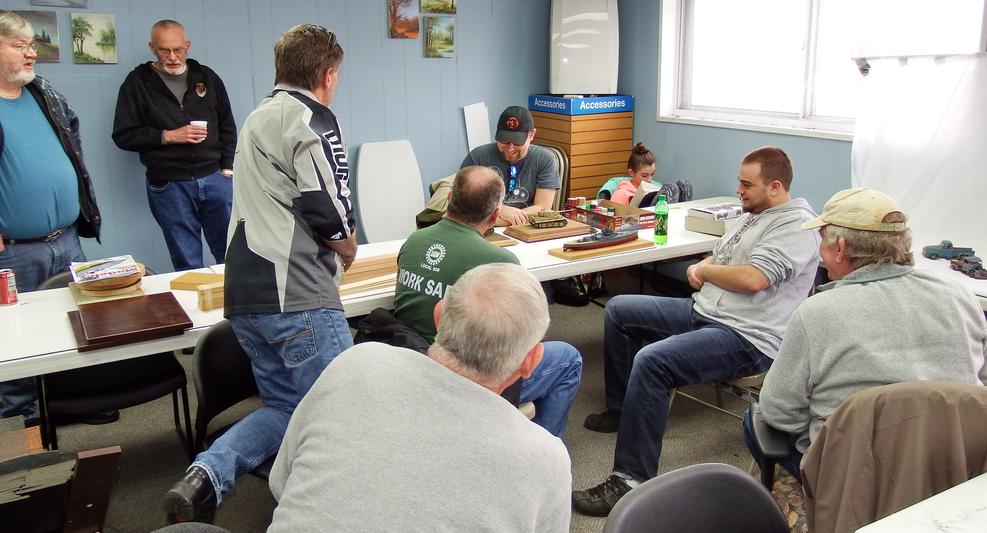 Hey, we had a great time!  Wish Bob Thompson had made it in.  He has quite a number of models and figures to bring in.  Here are some photos to relive the fun!

Skill level 1.55 is still stuck in wood mode…and he has two more wood kits to build before he gets back to styrene.  He wanted to build the cute little gas station but he kept going until the one square foot diorama was filled!  He added Woodland Scenics Just Plug lighting for nighttime effect.  Note the “BOON” truck down front…it is hauling two outhouses.  Someone said this is the first time Porta-Potties were used!  ;-)

New guy Keith trying to kiss-up to the the President.  Doesn't work...I've tried!

Stan Carrier drove all the way down from Ludington to show off his two beautiful models.  The Tiger 131 (on right) is painted Light Sand as it would appear in Tunisia.  Note how the sand and normal wear have removed the field applied paint and the primer/steel are showing through.  Cool!  He weathered this baby with MIG washes and pigments. The other vehicle looks like a Hetzer but it is an E25 which is a paper tank…one that never made it off the drawing board.  Another beautiful weathering job.
Hope you can make it back down soon Stan! 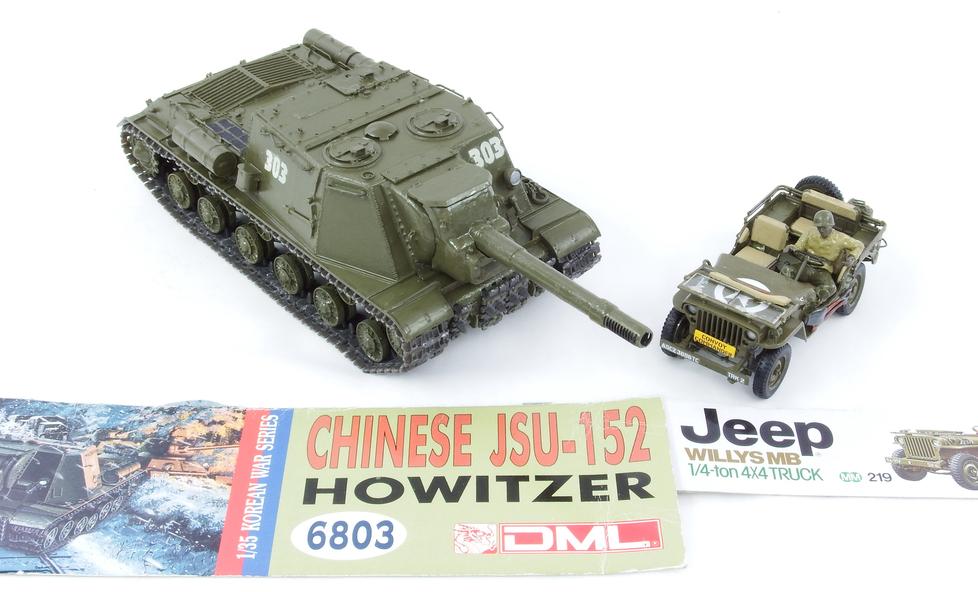 New guy Keith Lemke has blown us away again with two sweet pick-ups.  The Ford is a stock build (if you can believe that!) with great man made…and natural…weathering!  ;-)  The rat rod is just a few weeks old and you can see he really worked this baby over!  Great job, Keith!