See ya all at the July Work Session and Make & Take! 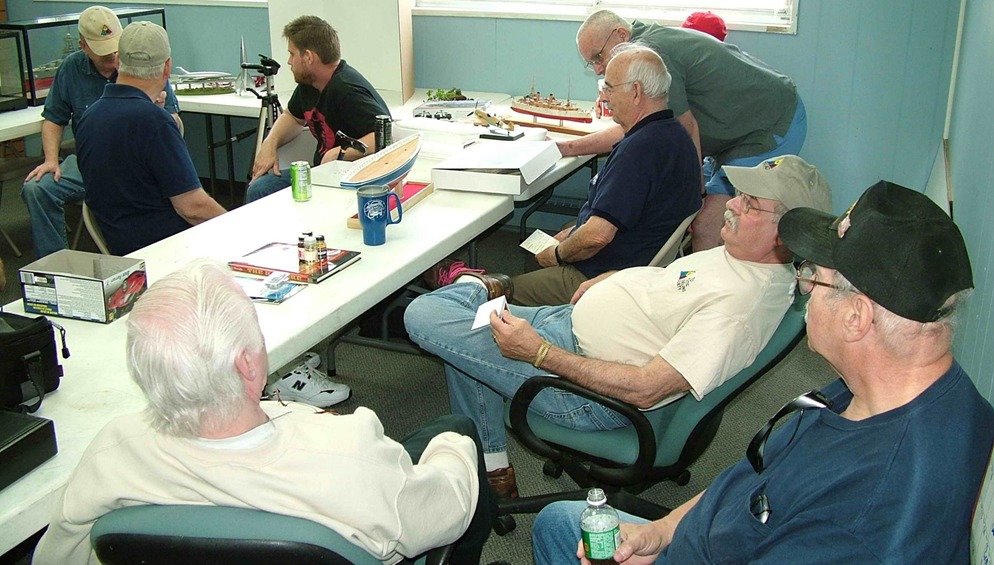 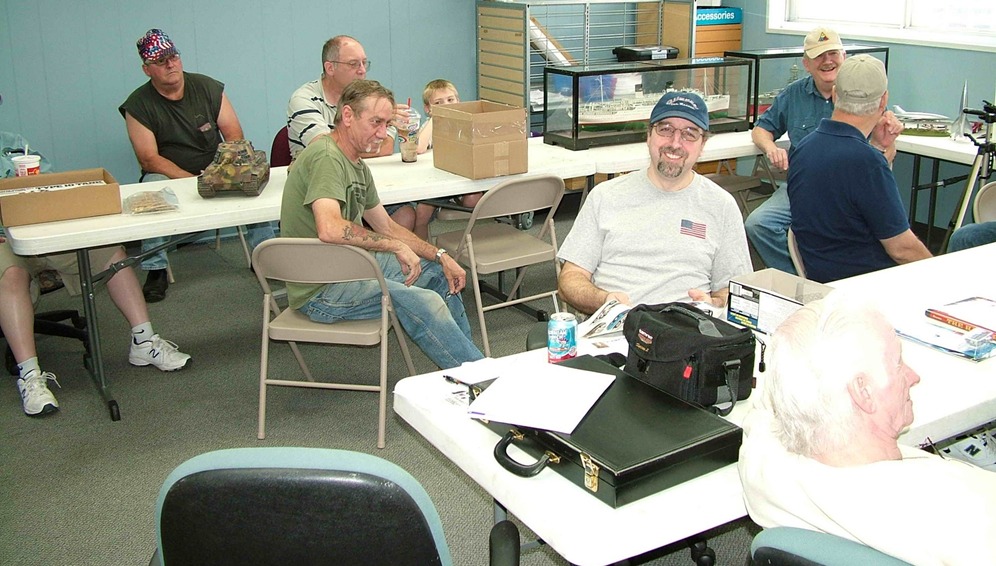 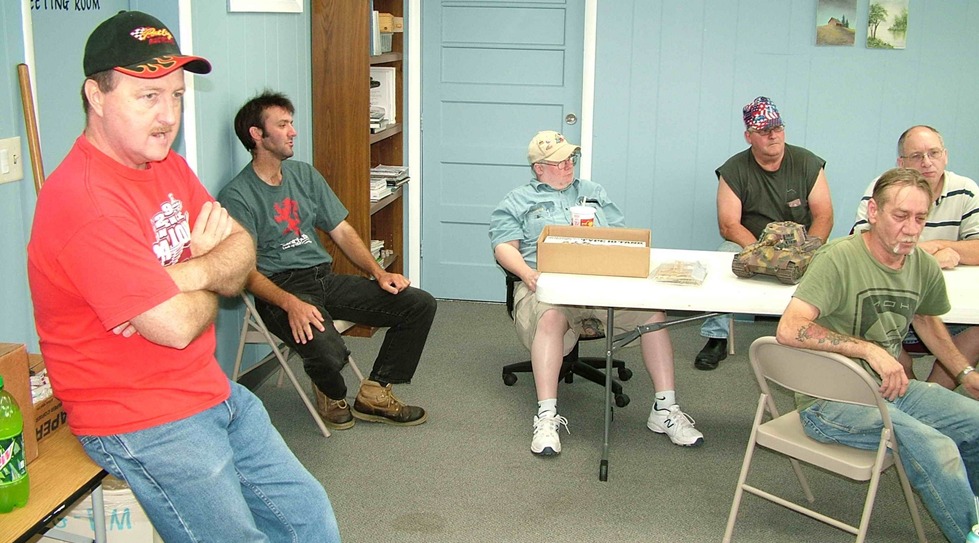 Here are the guys having fun…you know who you are! 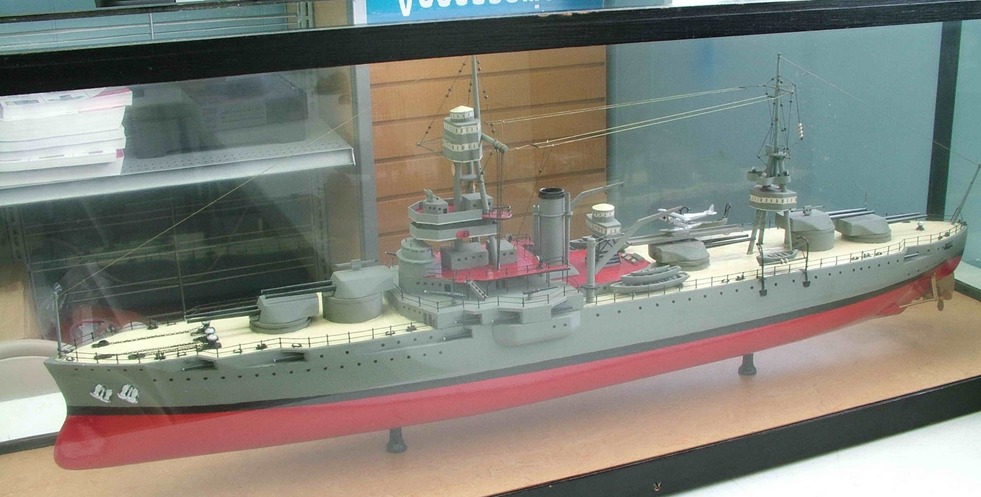 Dave Martin (and his father?) brought in two extraordinary handmade solid wood ship models.  These ships were hand carved by Dave’s great, great Uncle starting in 1925 and completed in 1945.  How can somebody do this sort of thing?  The quality is simply amazing.  The first model is the USS Texas from Pearl Harbor and WWII fame.  The ocean liner is the SS Hoover and was the largest U.S. liner in its day.  The longevity of the paint job is being attributed to lead based paint.  Ah, the good old days!  Simply amazing craftsmanship.  Wow!  Thanks, guys! 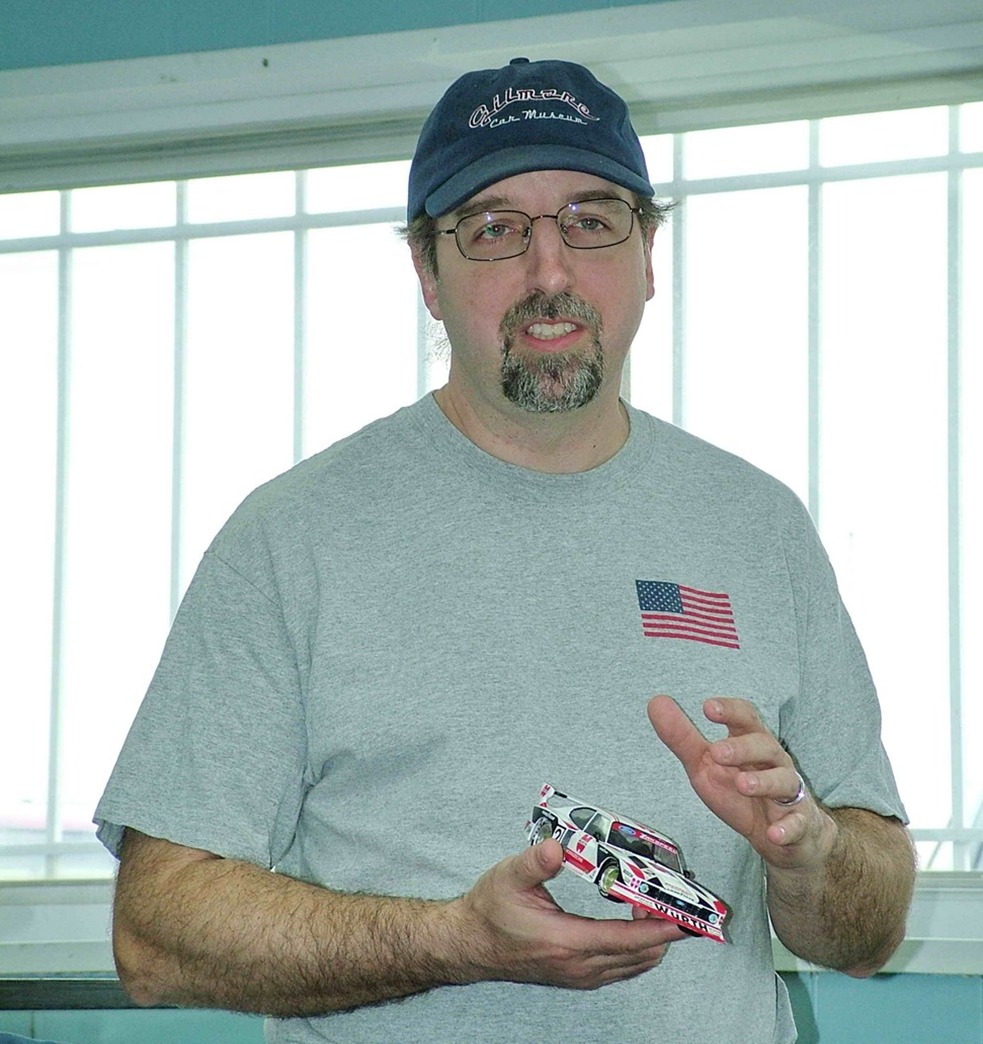 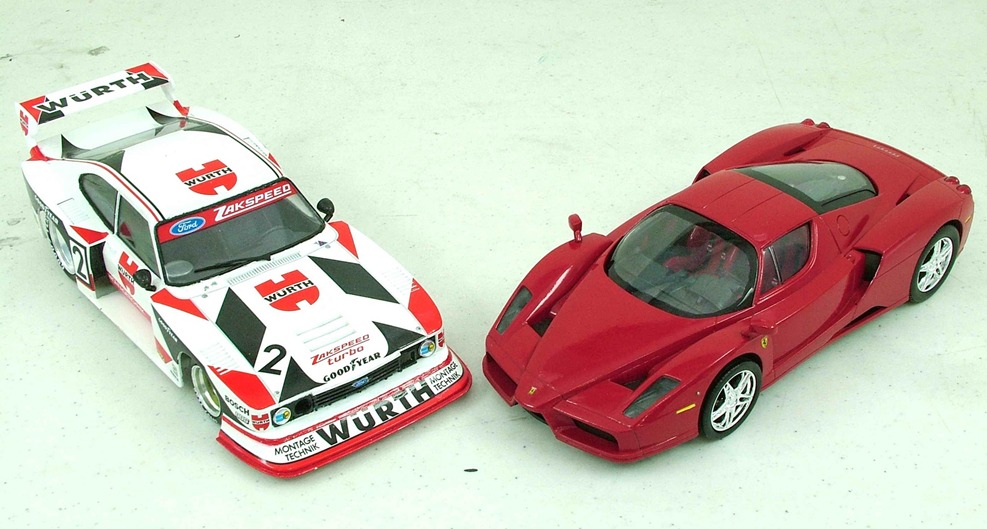 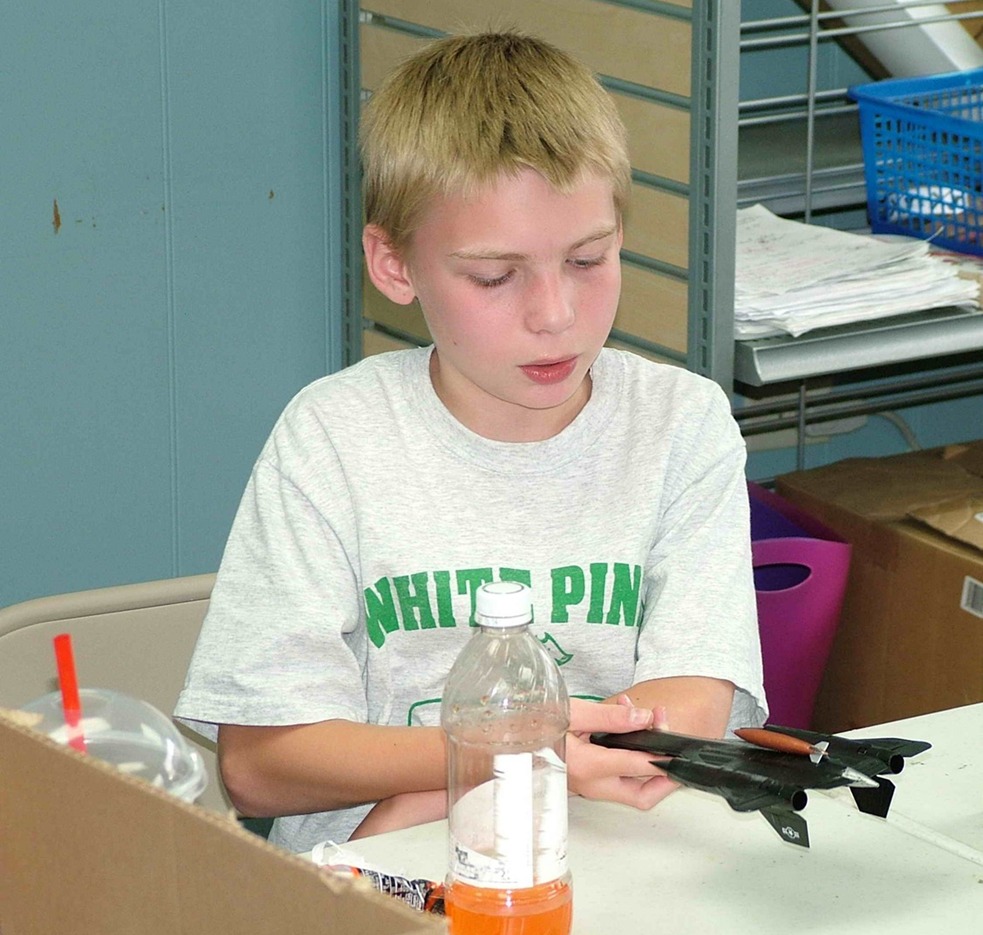 Darrin Watts brought in the two auto models he entered at P&P.  The white one is a Ford Zakspeed Turbo Capri.  Lots and lots of decals.  He had issues with the hand painted Future clear coat…but it looked acceptable to us.  I love his red Ferrari…all shiny and pretty!  Darrin says he is progressing into more detail parts and painting.  Keep an eye on this guy! 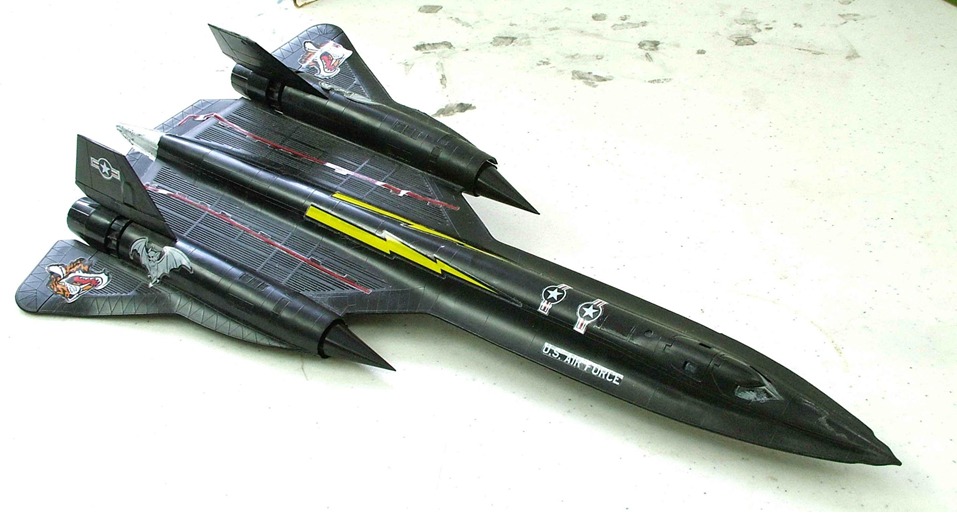 Caleb Beck was there to show us he is a force to be reckoned with.  Check out this SR-71 and then check out the photo of him holding this beauty.  See the bomb?  I ask…why didn’t the USAF think of this!!  There was one thing that sort of bothered me.  Did you guys notice that Caleb’s voice has changed…he doesn’t sound like a little kid anymore…more like a big kid!  They grow up so fast!  Nice job on the SR-71, Caleb!. 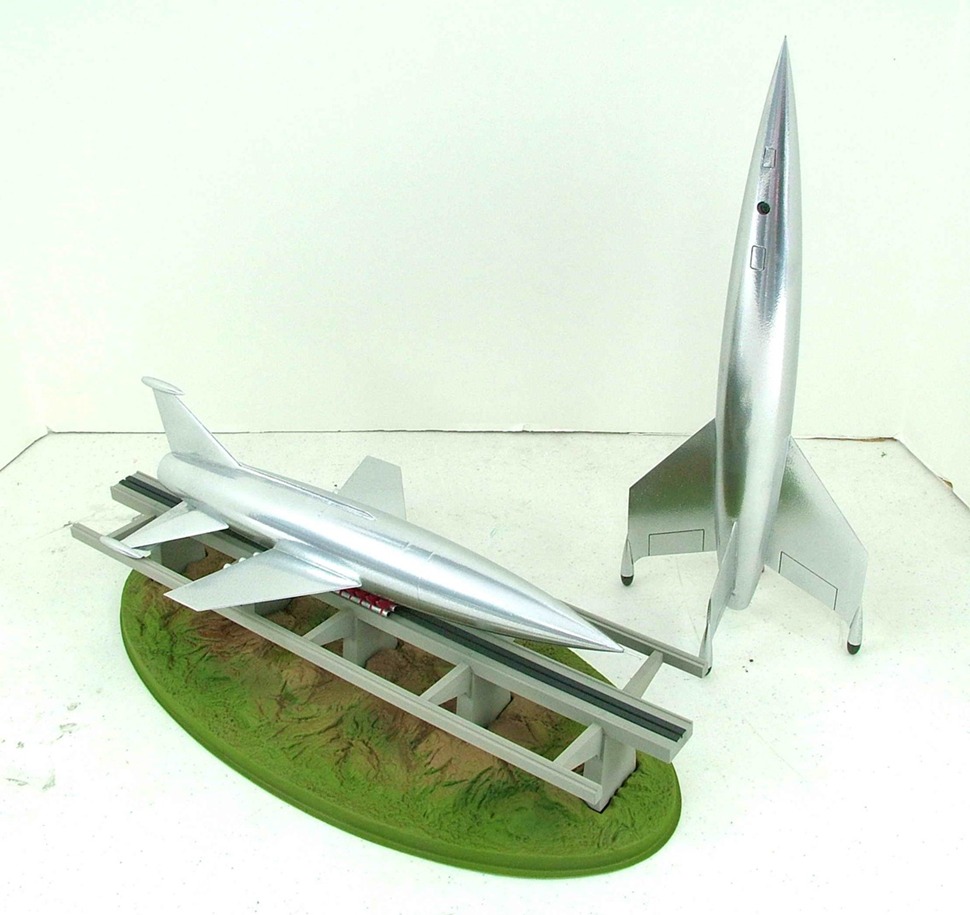 Mark Beck proudly showed off his two rockets.  Both are Pegasus kits and the one on the right is Luna from “Destination Moon” and the other is Space Ark from "When Worlds Collide".  Both were painted with Krylon rattle can.  The paint is shiny but Mark isn’t sure if he likes the finish.  Note Mark’s cool camo job on the base.  They look great to me! 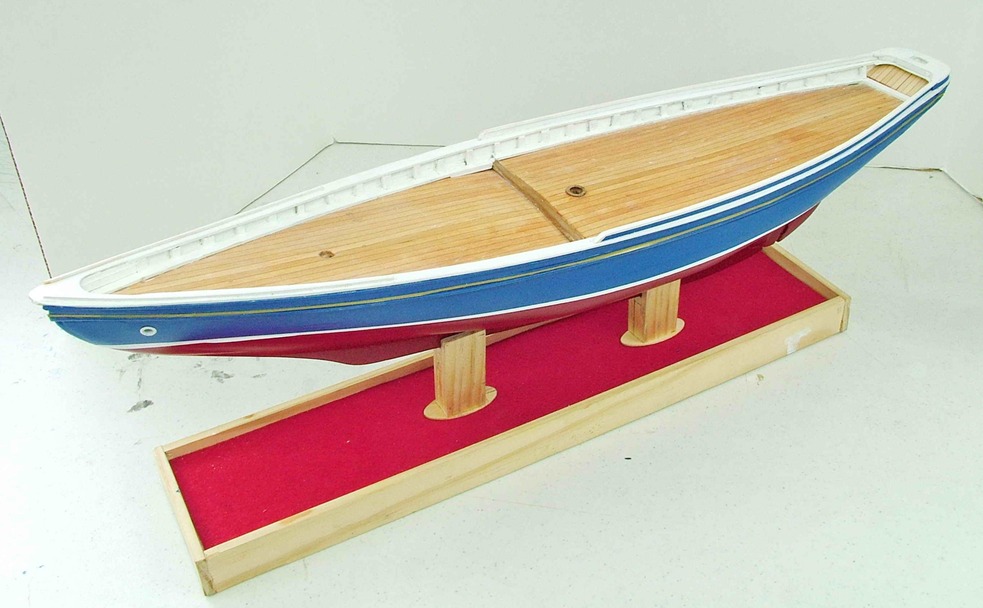 Francisco “Alfredo” Alvarez has started a new wooden boat kit.  He admitted that he was surprised when he learned he was working on a fishing boat.  He is doing his usual superb job.  The paint and clear coat look great (Walmart rattle can).  This model will take a lot of sails and he has his daughter in Florida lined up to make them.  Can’t wait to see the finished product! 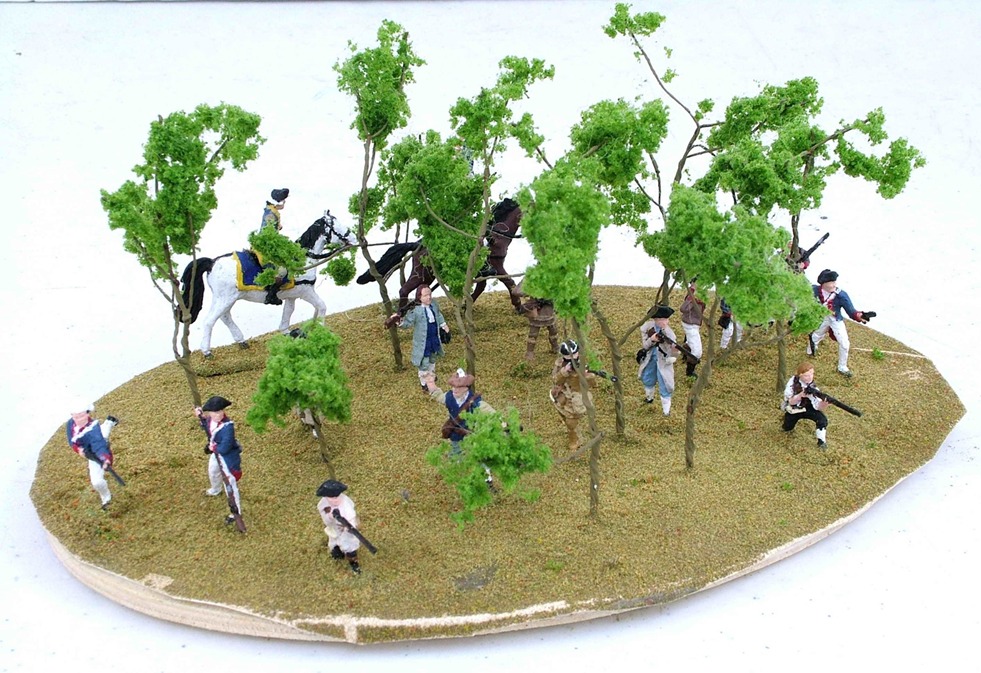 Mark Seng left Napoleon behind and replaced him with George Washington.  Ya know, you hear things…and the guys really liked what Mark did with these Imex soft plastic figures.  Really cool, Mark! 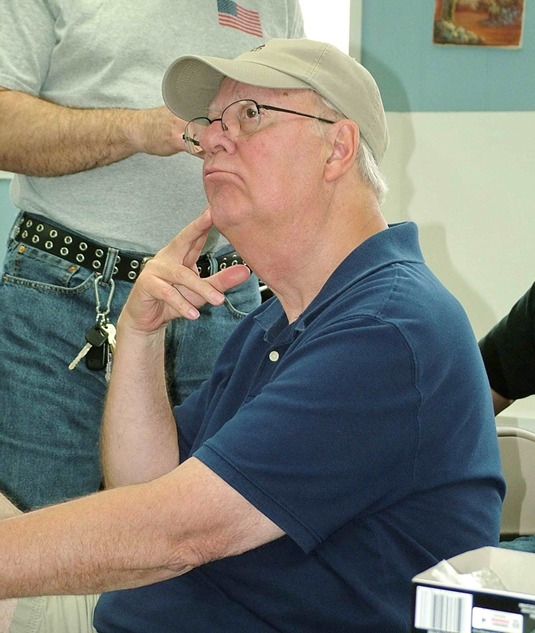 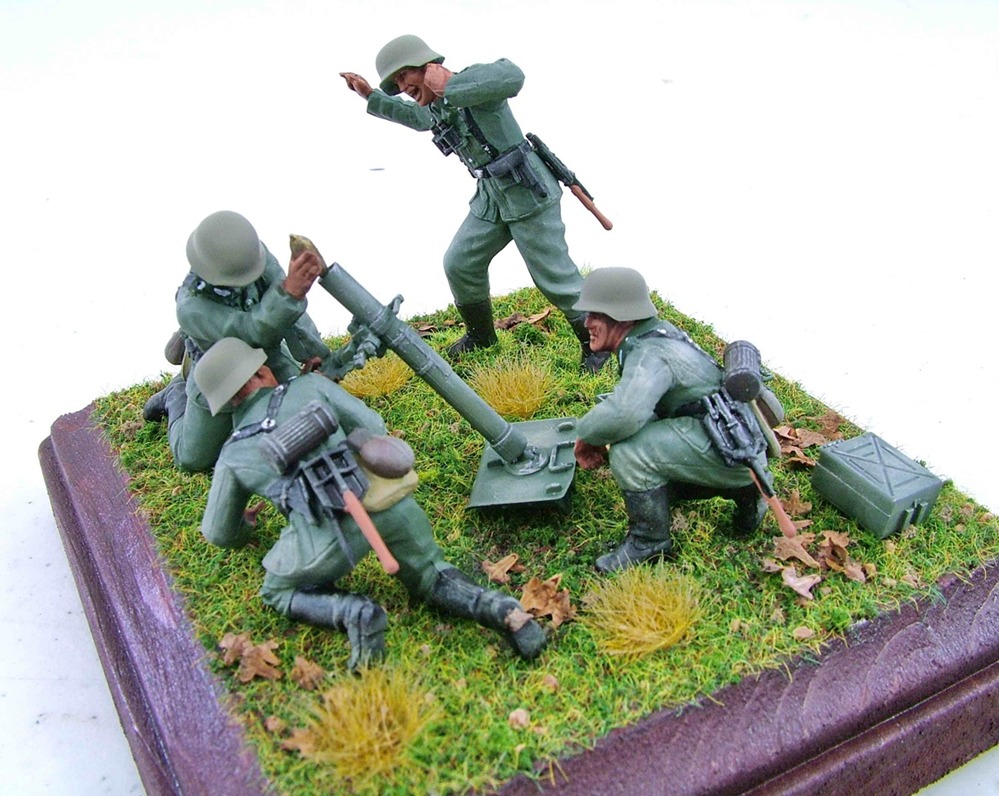 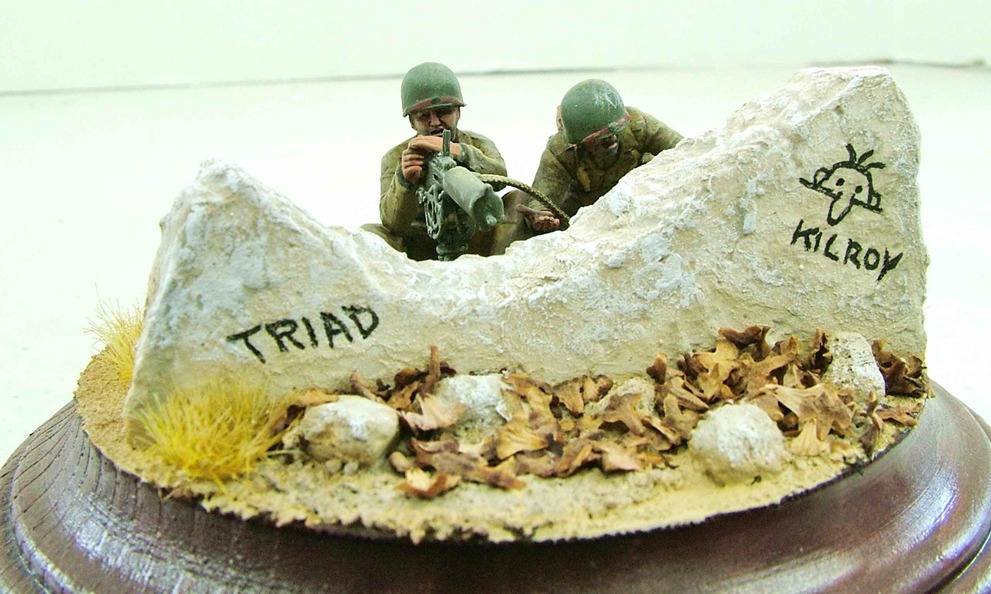 Bob Thompson loves figures…and it certainly shows in these two vignettes.  First, we have two machine gunners from Master Box.  Note the great looking wall made from Styrofoam and Sculptamold.  The leaves are from Hudson and Allen.  I see Chuck wuz there, but he didn’t stick around after the bullets started flying!  His Tamiya four-man German mortar team was painted with Vallejo paint and weathered with the Tamiya make-up kit.  Great job with both, Bob! 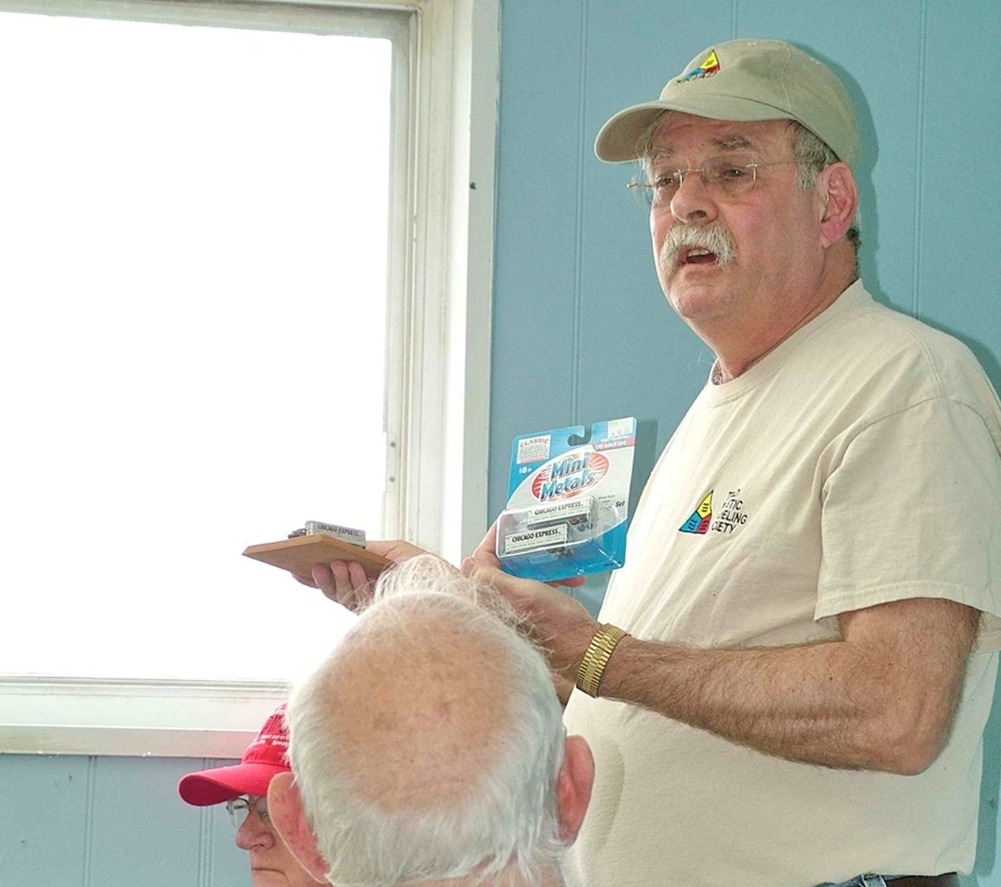 Al George brought in a tiny N scale (1/160) tractor and trailer.  It looks big here, but it is teeny weenie.  This is an IH tractor and is a GHQ kit.  The side mirrors were so small he accidentally threw them away!  He scratchbuilt new ones.  Great job of weathering, Albert!  You will notice that Al is once again trying to fall asleep!  ;-) 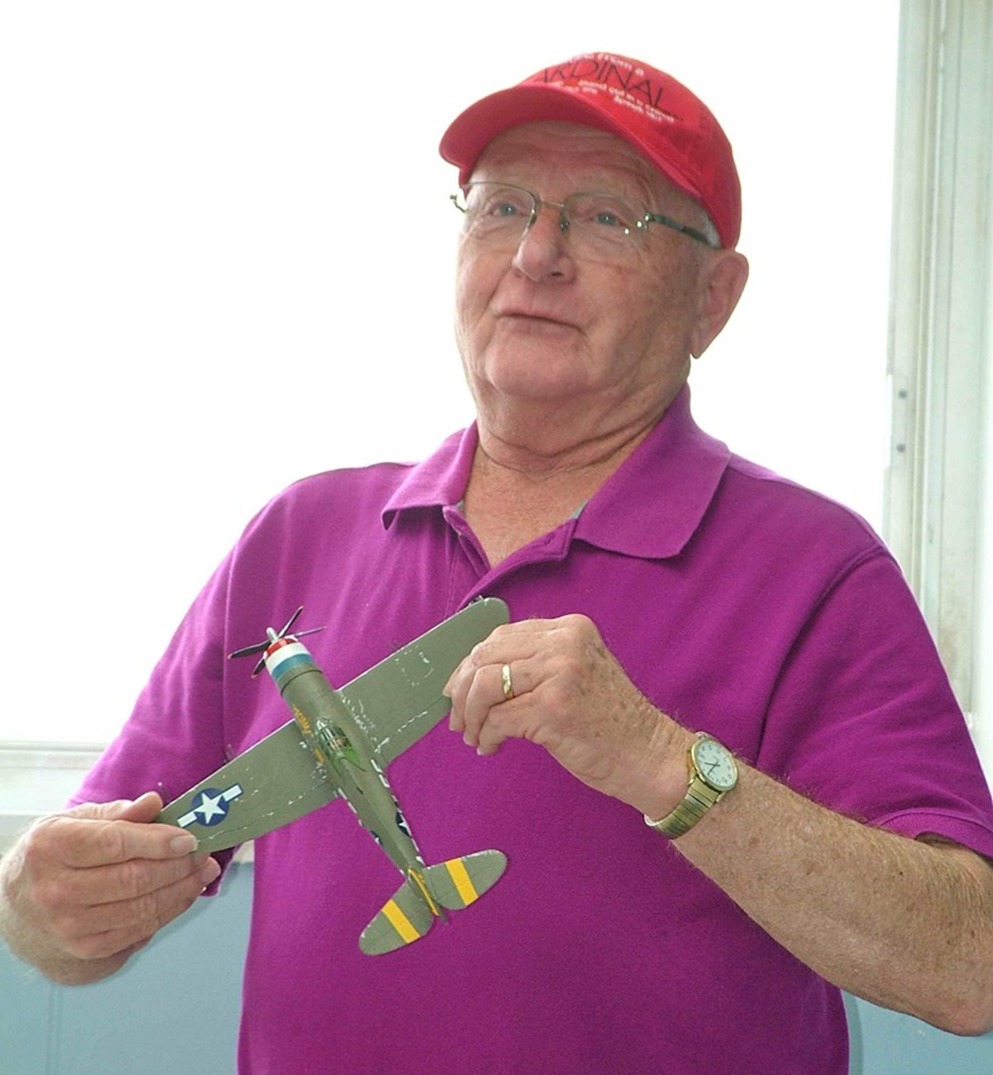 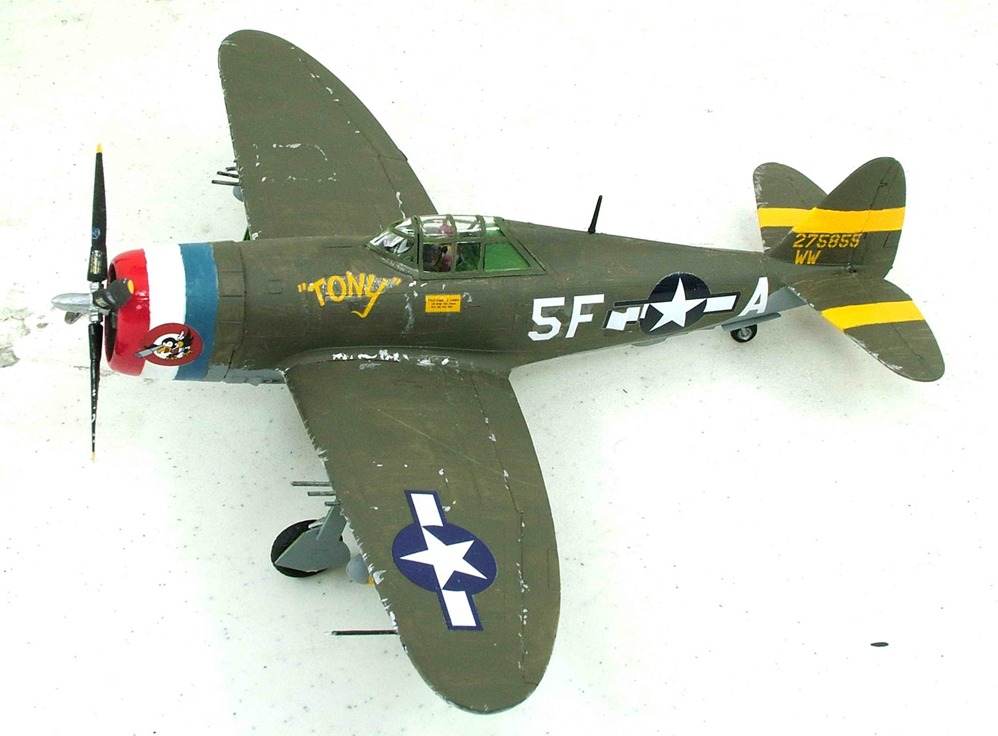 ​Feller “the bird man” Dewitt brought in a beautiful model of one of my favorite planes…the P-47 Jug razorback.  He said the build was fun and quick.  This old 1967 kit had fit issues and Feller used thick glue to fill the gaps…but he is still trying to find out where the glue went!  He also said it was easy to simulate the paint chips…and he really did a nice job with them.  Awesome, Feller! 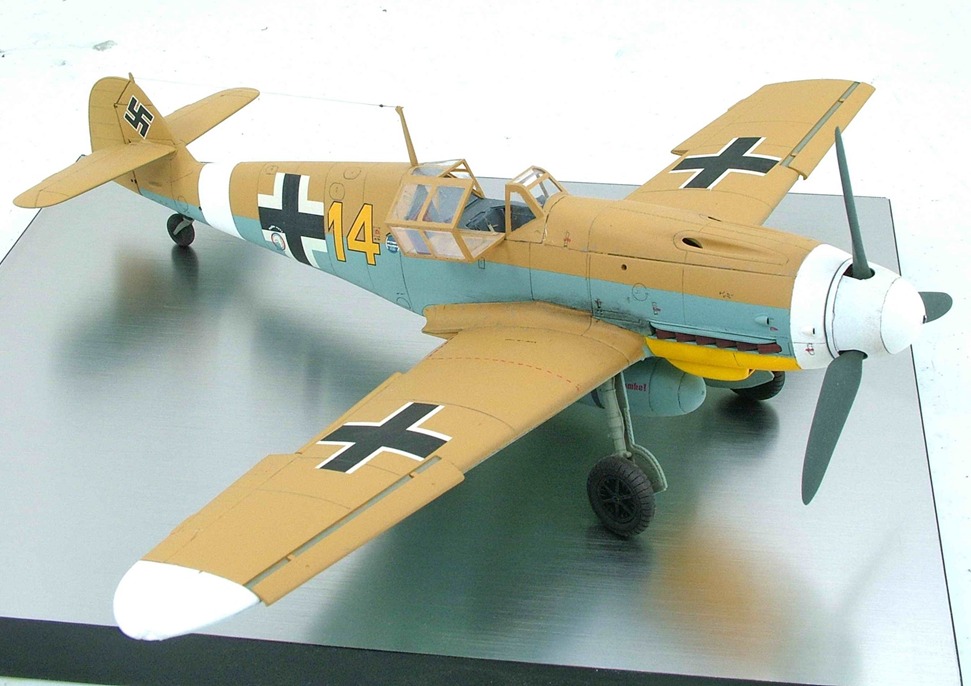 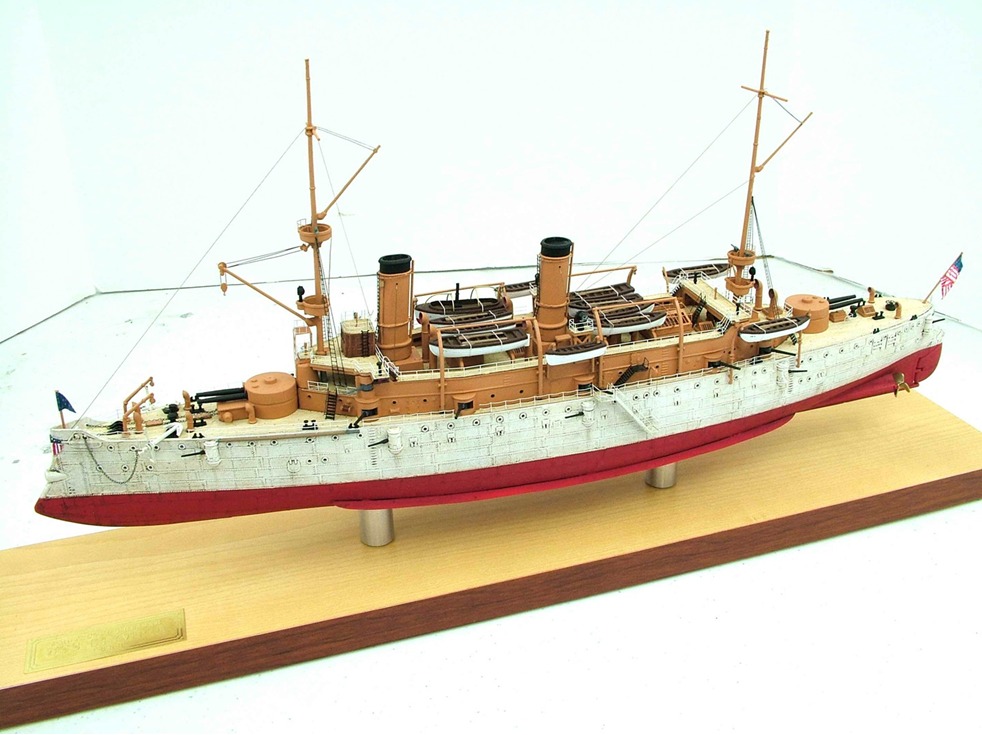 Let’s kick things off with the Dan the Man.  Dan Jayne took an old crummy kit and turned it into a work of naval art.  I started on this Olympia kit sometime back and gave up.  Dan worked his magic and it is gorgeous.  Never have I seen such fine PE railings and stairs.  Let’s face it…I love to hate this guy!  His second model is a Bf 109F/trop flown by the German "Star of Africa", Hans-Joachim Marseille.  Dan liked this Hasegawa kit and we liked his model!  Thanks for joining us, Danny!  Eight more months to retirement…we sure hope so!