The President, JR Burggren, showed up with his latest WIP and brings into question why do I even bother to build models?  Good grief does this guy have talent.  I think I hate this guy more than I did Dan Jayne!!  I was going to form the JR Hate Group but decided this wasn’t the right time!  ;-)
He is working on a Super Modified that ran on pavement instead of dirt.  Looks a lot like an Indy roadster.  Note that he built the hood out of that printers’ aluminum plus plastic from a bubble pack AND that white plastic nosepiece he SCRATCHBUILT!  Good heavens.  Wow.  Don’t be shy, you can hate him too!  It's OK!

Here are a few shots of boys behaving nicely.

See ya Labor Day weekend!  Enjoy the Eclipse.  And thanks, again, Linda!

Robert Jackson showed up and announced that he and his wife will be heading down to Kentucky to see the 1:1 reproiduction of Noah's Ark.  Have fun! (Why is it I always get the back of Feller's head?  Is that a good thing...or a bad thing????  ;-) 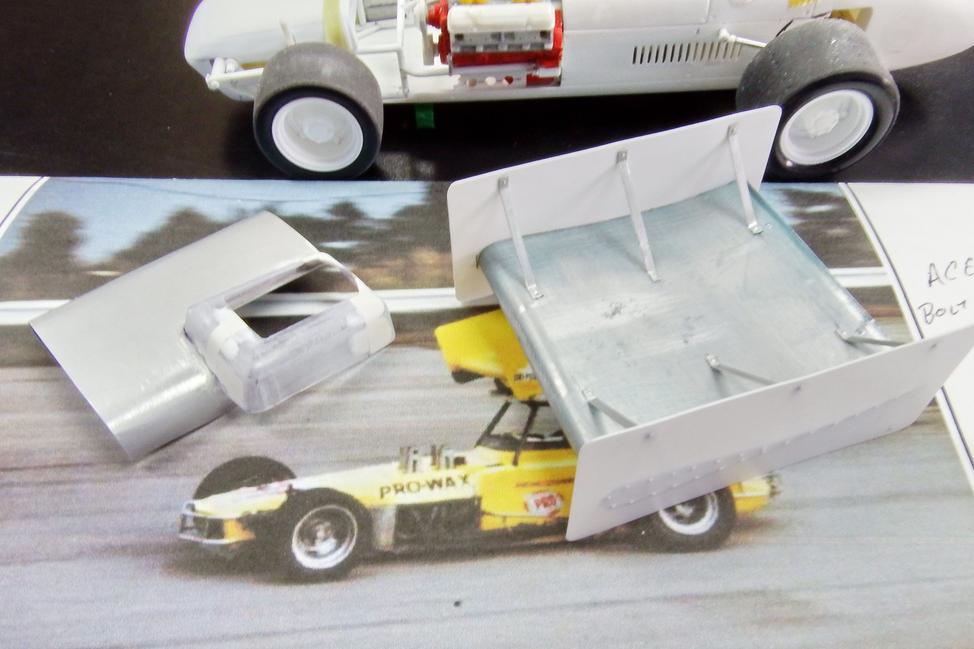 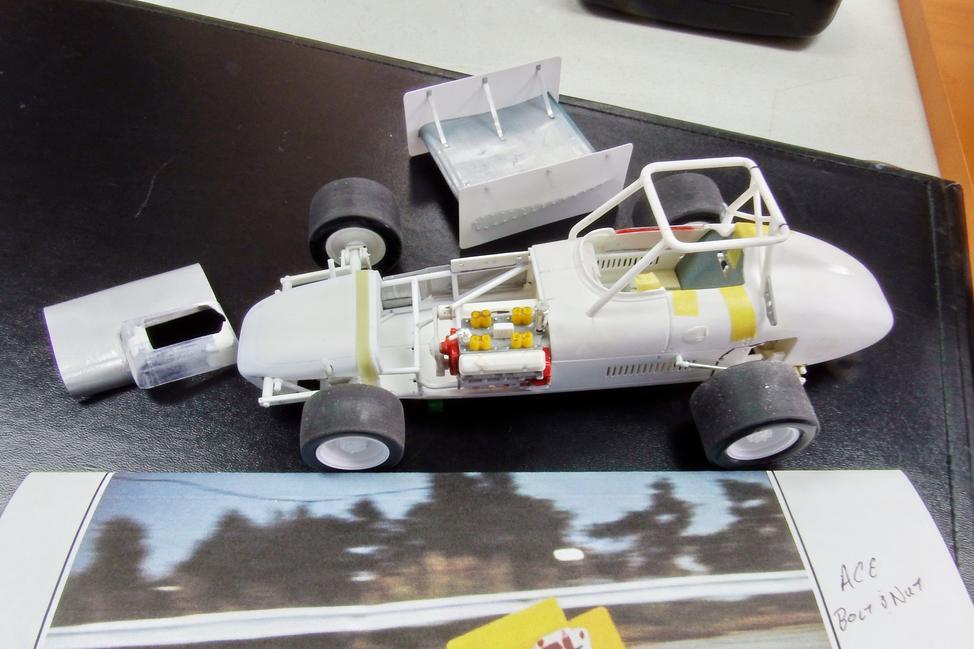 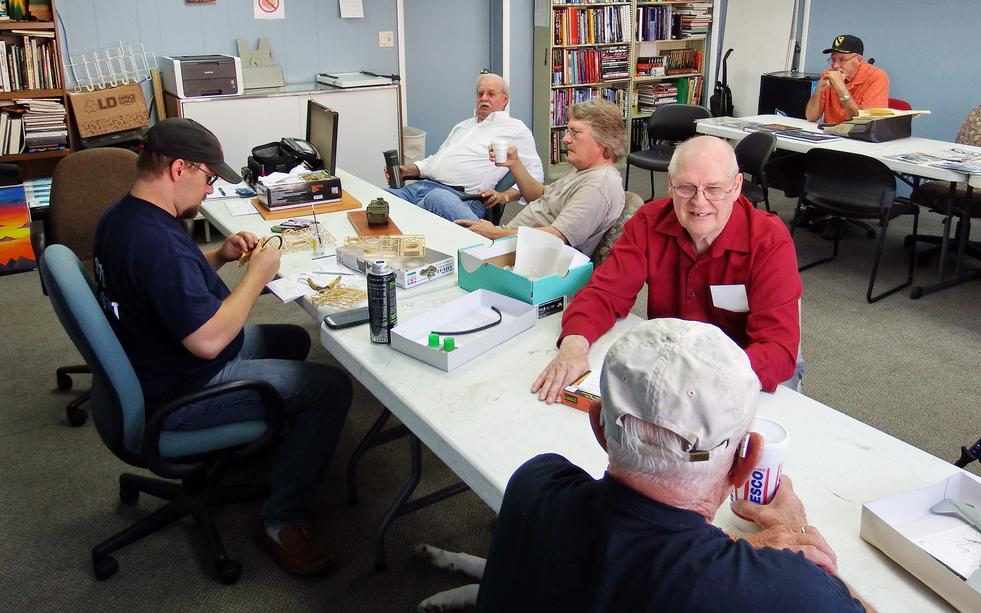 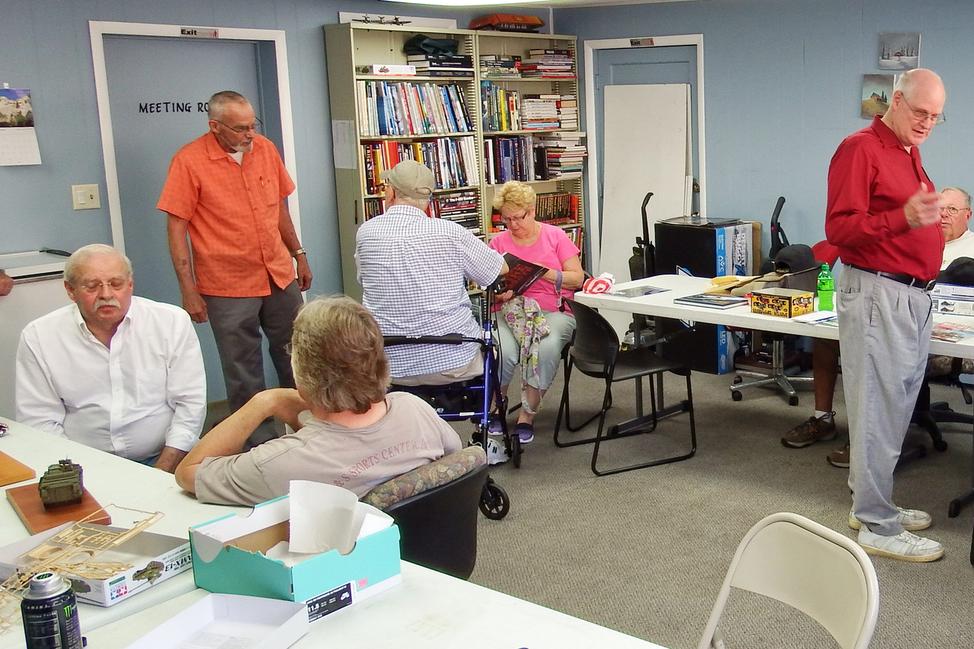 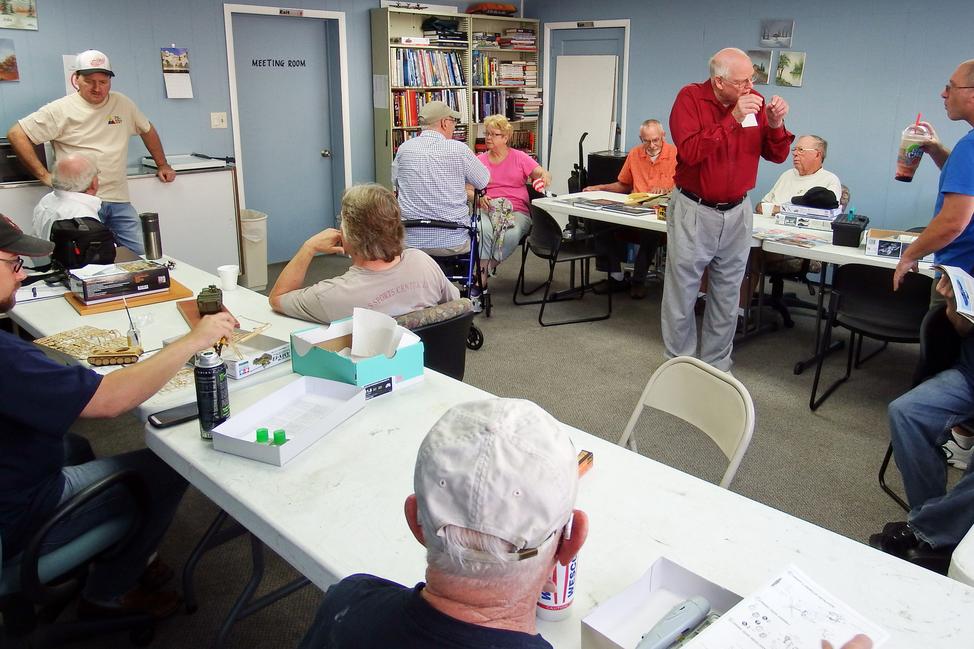 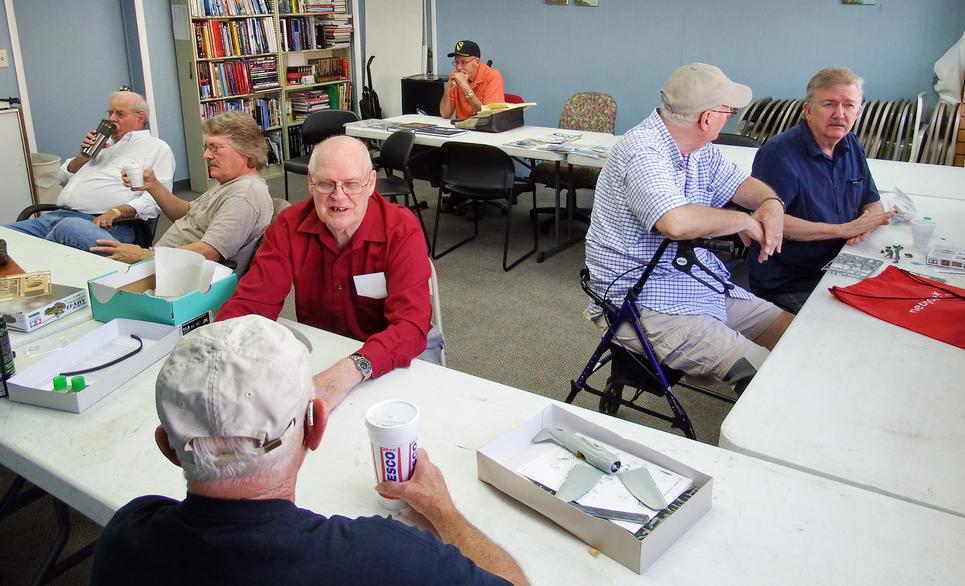 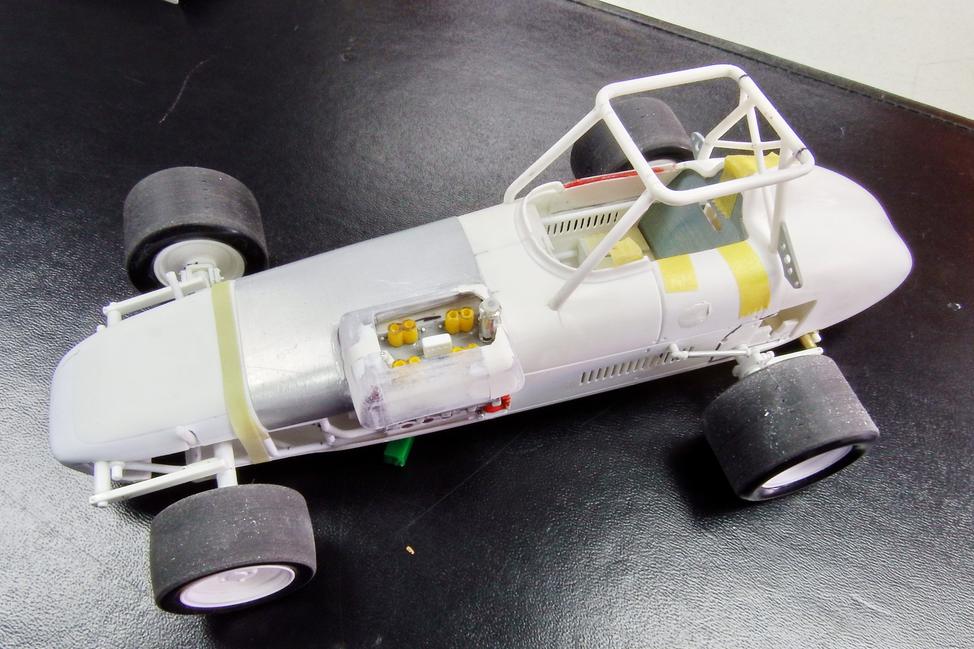