Of course Al George knows what's on the homepage.  It’s the interior of a 10-1-2 Pullman sleeper car.  Unfortunately for you, I went crazy with the writeup…read at your own discretion:
PULLMAN SLEEPING CAR
(Morning Glory)
Builder’s Photo
Name: Pullman 10-1-2 Heavyweight Sleeper Plan 2585D
Kit: Branchline Trains (2005??) operating injection molded plastic model kit.  No longer in production, kits hard to find.
Scale: 1/87
History: Pullman introduced ice A/C in 1927 and mechanical A/C in 1932.  A third type of A/C was known as steam ejector cooling used primarily by the Santa Fe and Milwaukee Road.  The model has 10 sections, 1 drawing room, and 2 compartments.  You wanted to stay in the drawing room!  Disclaimer: the car name Morning Glory may have been a 8-1-2 sleeper.  At the height of rail travel, the Pullman Company was referred to as “the world’s greatest hotel” as they had over 100,000 travelers sleeping in their cars per night!  Sections: the seats converted into a bed and the upper berth folded down from the ceiling.  You may be sleeping with someone, behind a privacy curtain, you don’t know!  Only the drawing rooms had private bathrooms.  All toilets flushed straight down to the tracks below!  So you can see why they didn’t want you flushing the toilet while the train was stopped at the station!  Don’t think I wanted to be standing by the tracks when the 20th Century Limited flashed by at 80 mph at the same time somebody flushed the toilet!
Build:  All in all, pretty cool kit but some fits an issue.  Almost none of the pins and holes and tabs and slots fit…had to rework 95%+.  Some very small and very fragile parts to contend with.  Kit included a rough interior which was cool.  Painted the interior in one of the standard Pullman color schemes.
Paints: Floquil and Gunze Mr. Color lacquer primarily.
Decals: Microscale
I really like how this turned out….

Doug Seekman is back again this week and his first model is this 1/48 AMT/ERTL P-40f. Painted with gunze Mr Color(olive drab&neutral gray), Tamiya(red&black on the propeller), model master(aluminium) on the landing gear. Decals are from aeromaster representing a scheme from the Tuskegee airmen. Weathered with pastels and oils. Have always liked this kit.

​(By the way Doug, very professional looking photos.  When the meetings start up, you're taking over the camera work!)

This one is the 1/48 hasegawa a6m5 zero. Painted with Tamiya acrylic, decals by aeromaster. The scheme represents an aircraft from the "Janrai squadron" which was a unit tasked with escorting "betty" bombers carrying "ohka" rocket suicide aircraft. There is a resin seat from ultracast installed in this. Weathered with pastels and oils. Paint chipping done with a small piece of sponge dipped in aluminium paint. A pretty old kit but a good one. Can't beat the price. 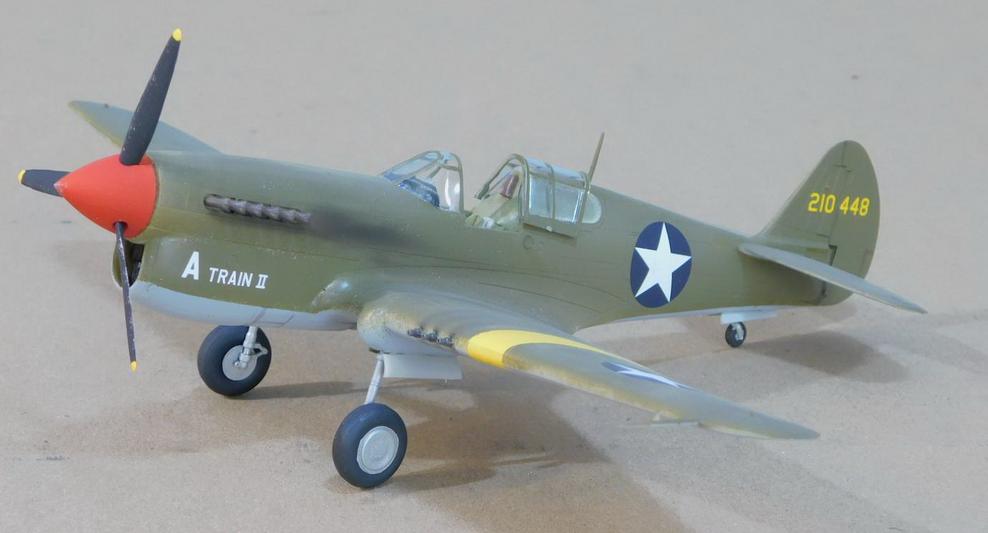 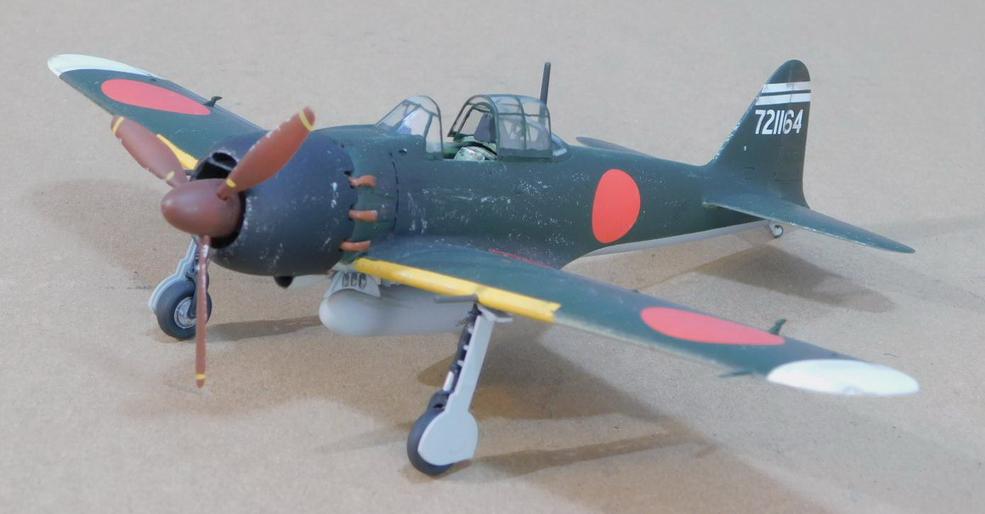 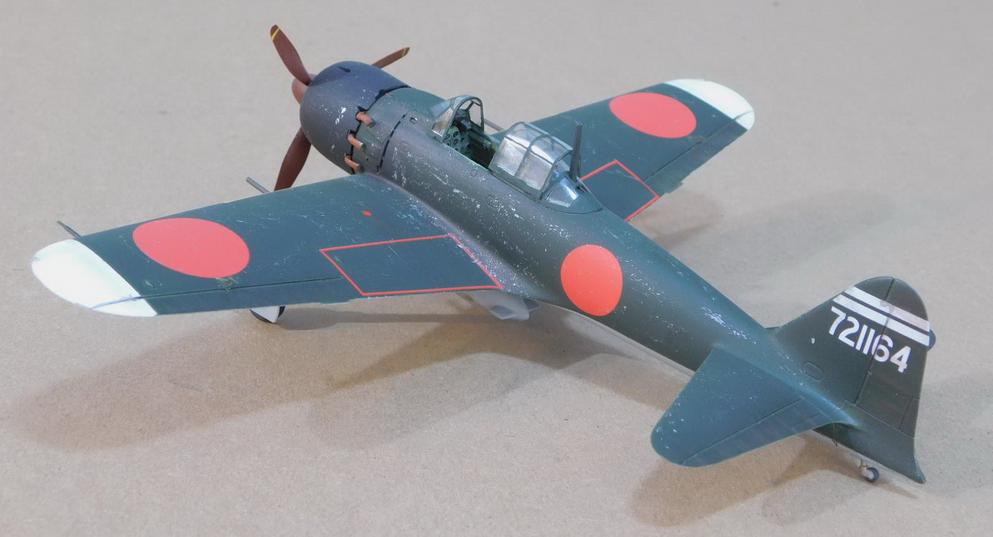 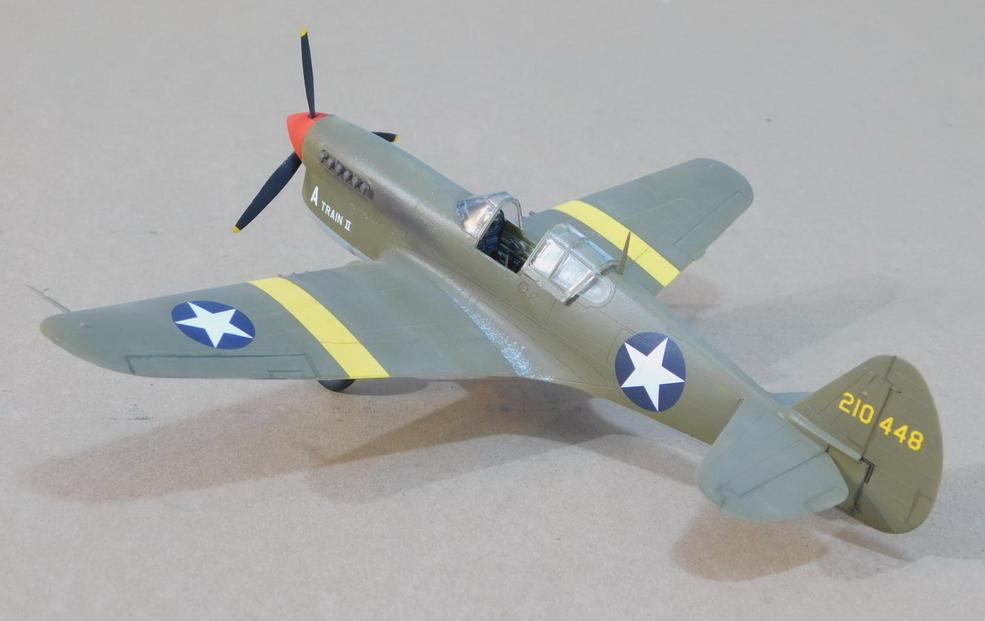