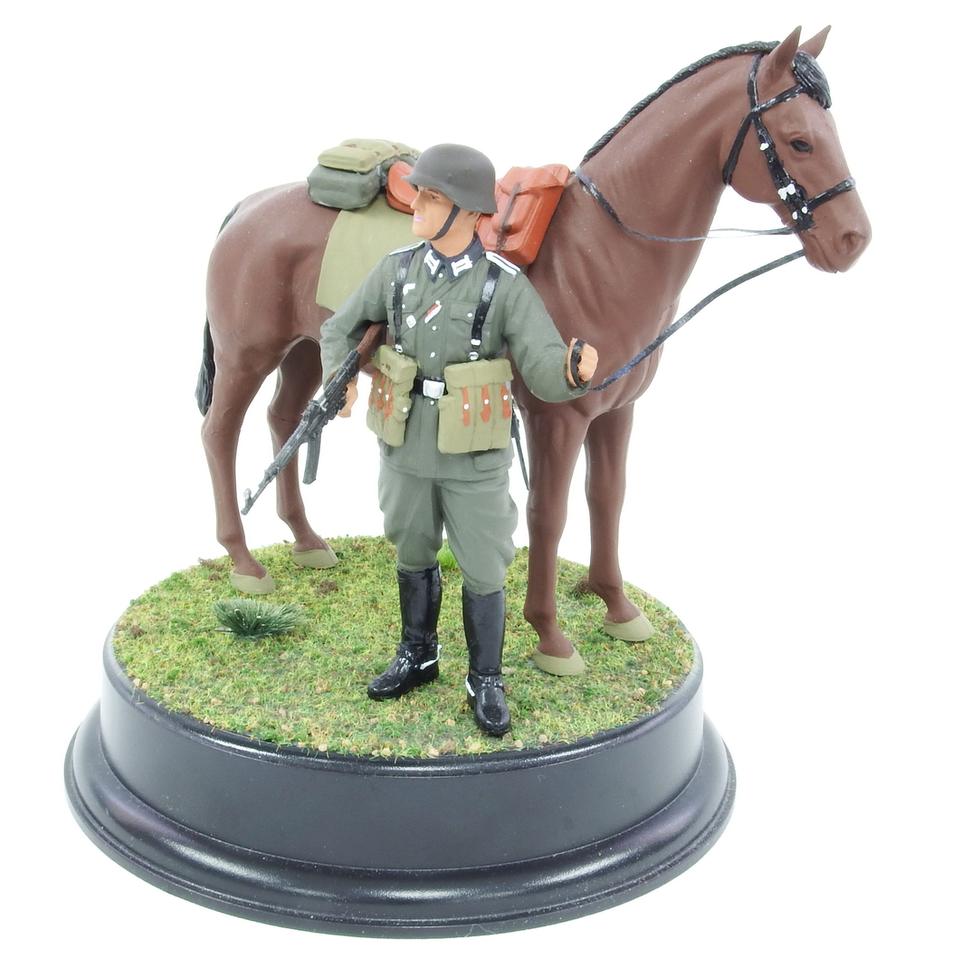 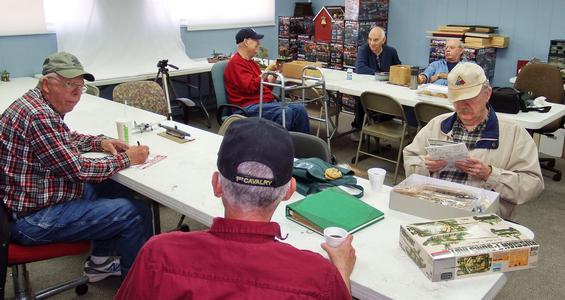 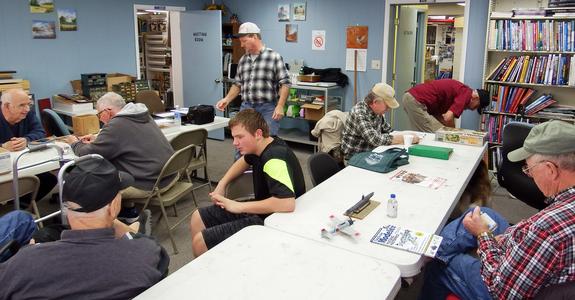 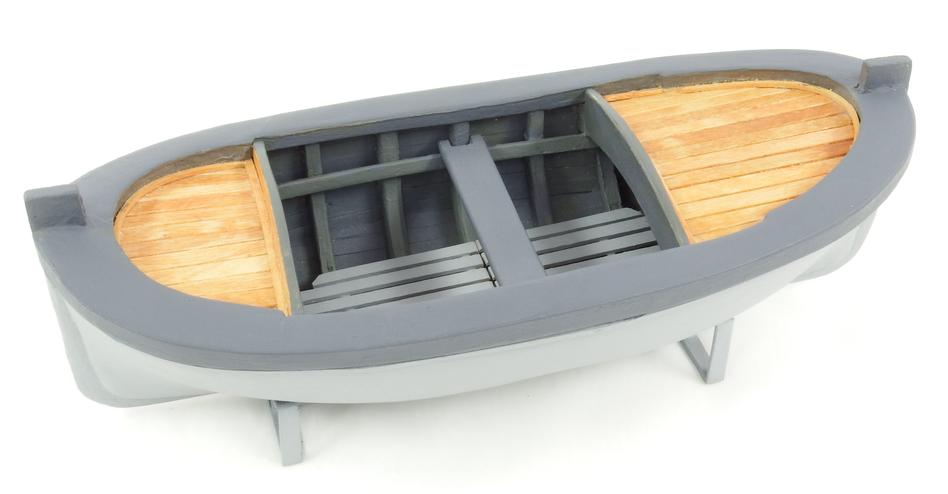 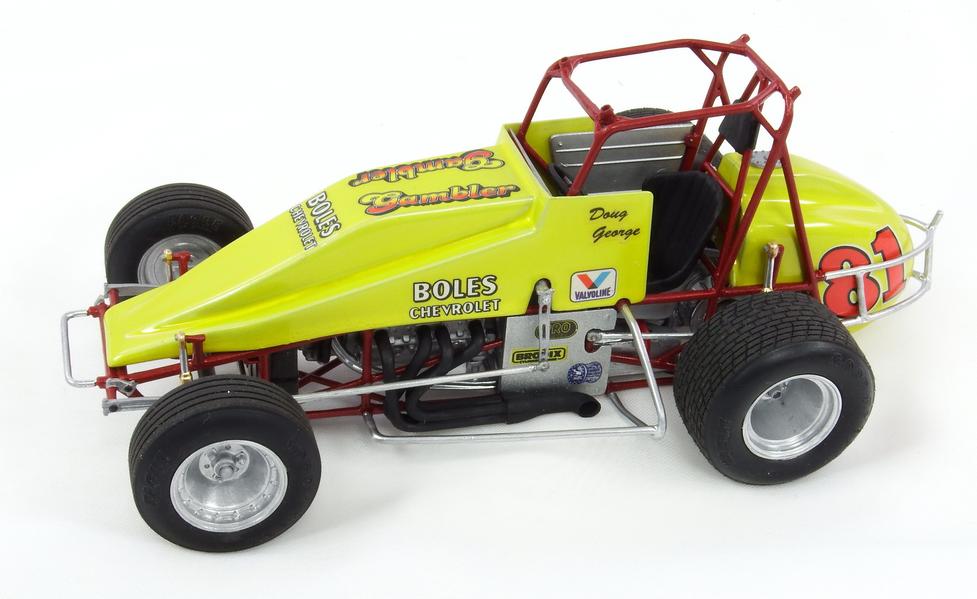 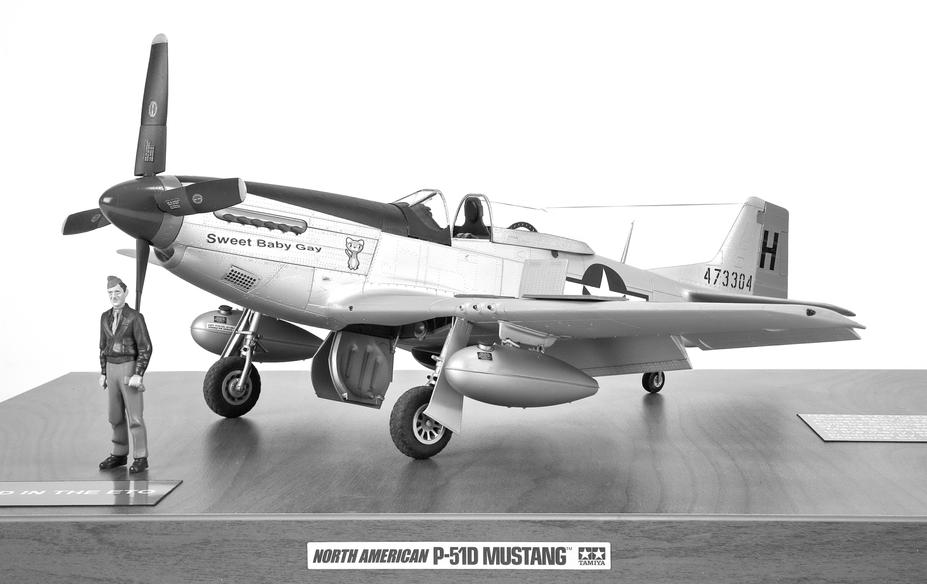 See ya at the November Work Session!  I’ve heard WikiLeaks is working on some dirt regarding our President.  Stay tuned!  I wonder how they found out….   ;-)

He’s back…..  And that is a good thing!  Bob Thompson hobbled in to join us for the first time since early June.  His broken ankle still has a long way to go to be 100% healed but it was good to have him back.  And Linda’s cookies made his return even sweeter!
Bob showed off his German cavalryman in 1/16 scale.  Bob did a masterful job on this Dragon kit.  He used black border tape for the reins.  We all hope he can return soon…with Linda…with more cookies!  ;-)

President JR presented a gorgeous Monogram 1/24 wingless “World of Outlaws” sprint car dating back to the 1980’s.  The frame pieces were “D” shaped so JR filed and sanded them to a more round shape.  He now thinks making a frame from scratch might have been easier!  He built this per the kit instructions and it is just fantastic…and I love the paint color!  Sweet! 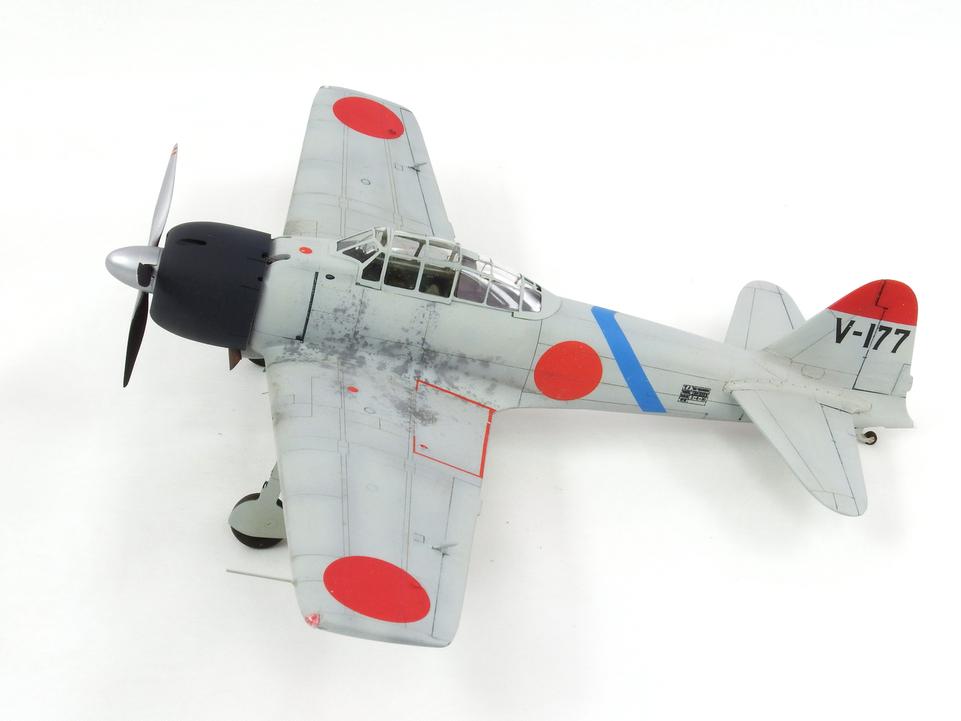 Skill level 1.55 brought in what has been called the finest plastic model kit of all time…the Tamiya 1/32 P-51D Mustang.  It is a shame that the model doesn’t live up to that potential.  But it does look pretty nice from a distance and it was a fun if challenging build. Many of the parts are held in place with tiny magnets.  I’ve included a B&W photo to show the engine cowlings in place.  The plane honors my wife, Betty,…I wish I had done a better job for her!

Good guy Francisco Alvarez brought in a wooden ship model he built awhile back.  It was an Italian kit that had issues and Francisco pretty much started over from scratch and did a beautiful job.  Heads up…Francisco said his daughter and granddaughter are due back in town 11/9.  Hopefully, they can join us for one of our meetings. 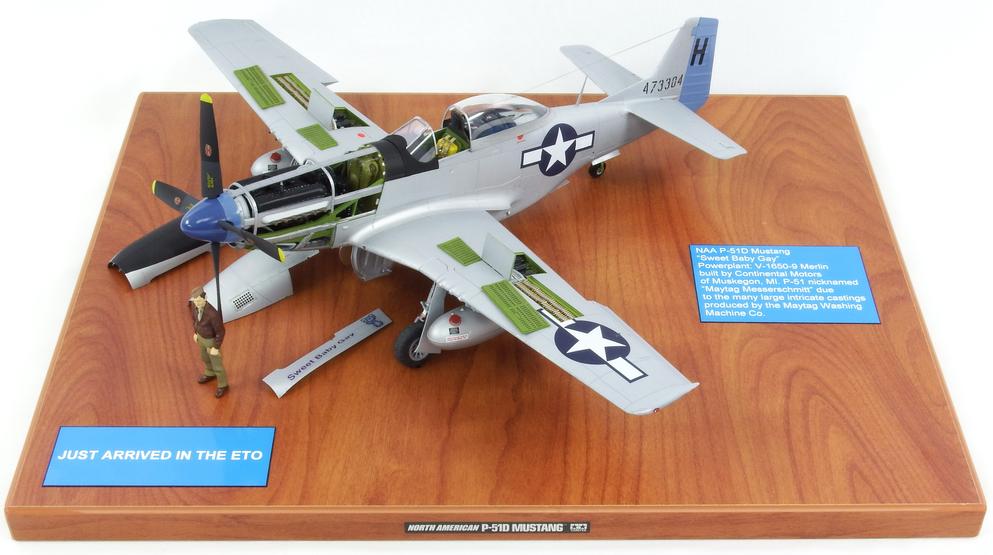 Al George showed off his Model Shipways “Guns of History” ¾ scale Civil War 3” ordinance rifle (cannon).  The North produced about 1,000 of these.  The kit was cast in Britannia metal and is painted with Life Color paint followed by dry paint pigment and pastels.  The tree is one of Al’s creations.  Al stated, “The kit features listed on the box were highly overstated”.  But this beautiful model cannot be overstated.  She is a real masterpiece! 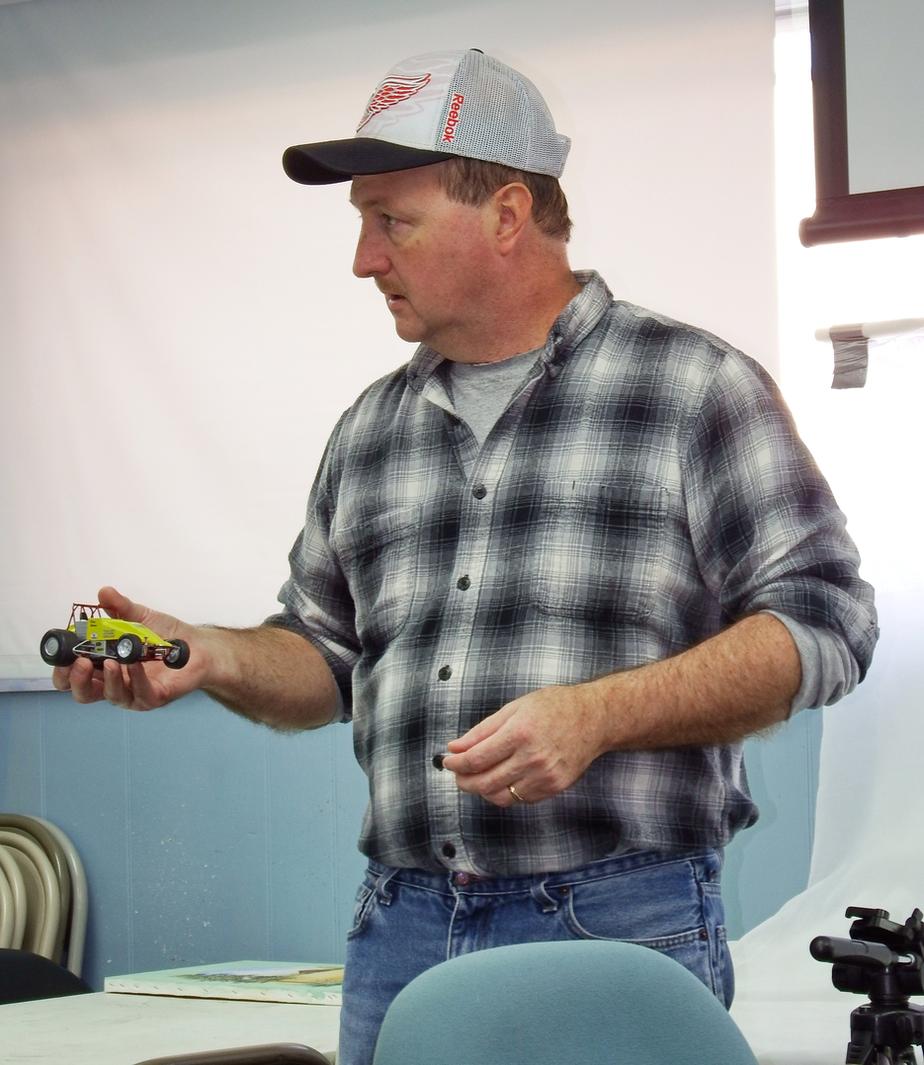 Here are a few shots of the “deplorables” that Clinton was talking about! 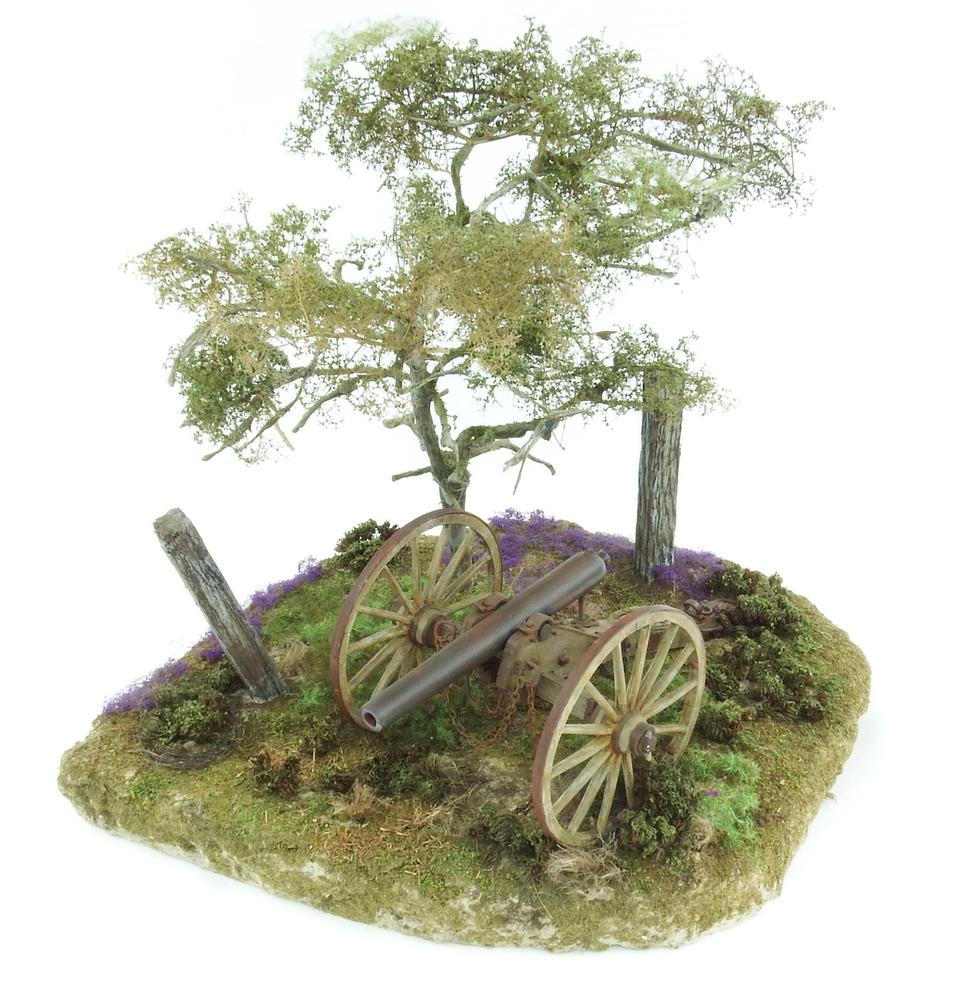 Alan Vandam continues to amaze us with his exquisite models.  First up was his 1/72 Fine Molds Type A 2-man Japanese sub.  This particular sub was beached near Pearl Harbor and the crew were taken prisoner…and one of them went on to be a VP at Toyota!  Note that it is on a railroad flatcar.  The sub was part of a U.S. war bond tour.  Great work!  Second up is his Japanese 1/48 Tamiya Model 32 Zero.  This plane flew out of the primitive Buna airstrip.  Note the amazing job Alan did with the paint chipping…he used the sea salt technique.  Ya done good, Alan! 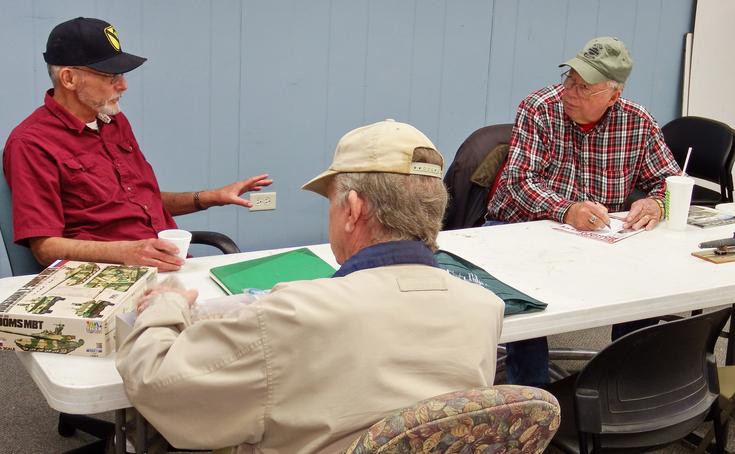