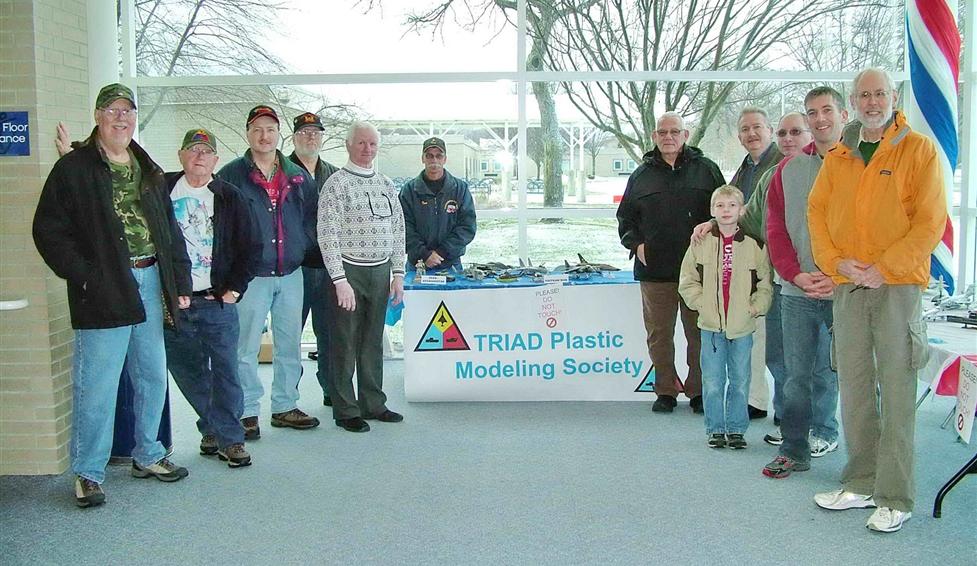 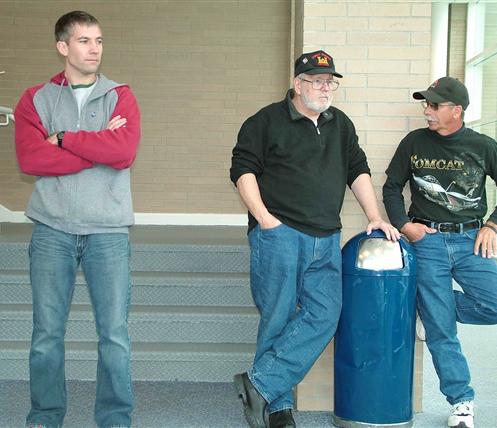 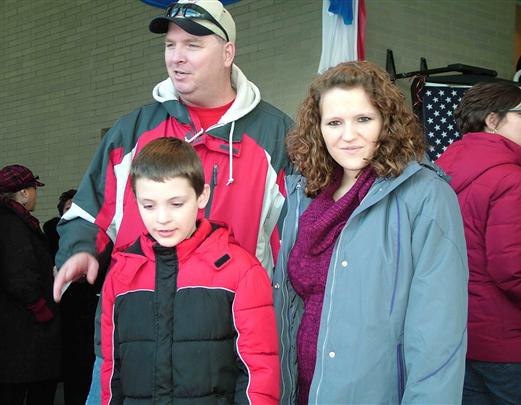 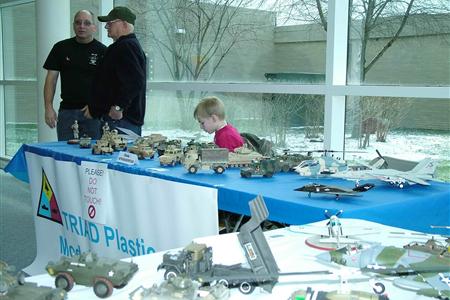 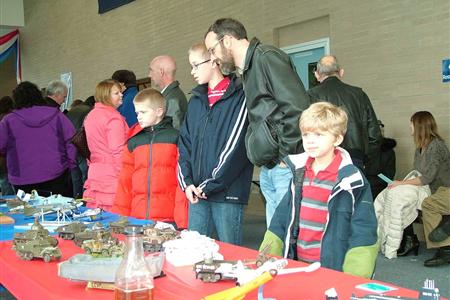 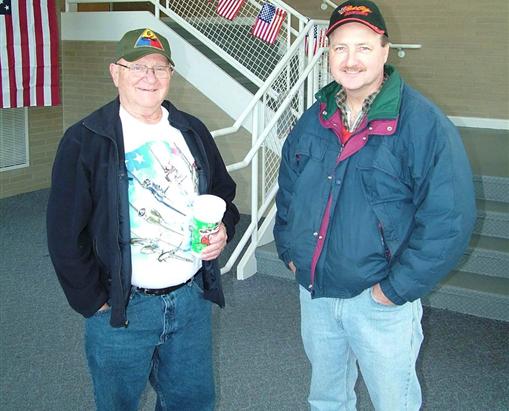 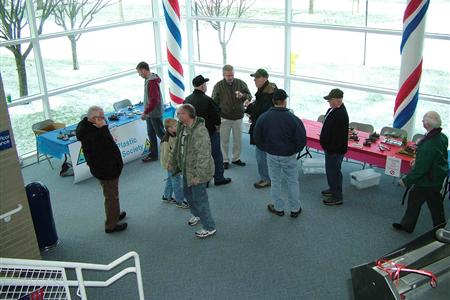 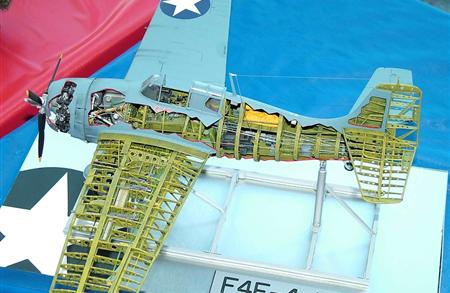 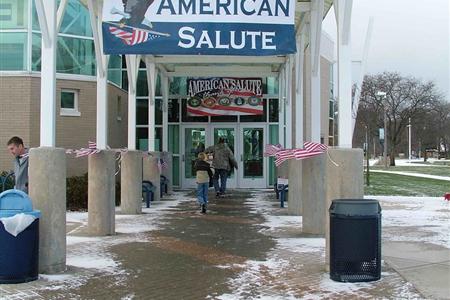 This Mona Shores High School Ban production honors both our veterans and active duty military.  The show gave TRIAD the opportunity to showcase over thirty-two feet of American military related models and figures!  Our models were well received and we have been invited back to next year's show.  A dozen TRIAD members participated plus we had one of Dan Jayne's famous cutaway aircraft models on display.

Here are a few photos:

Here we have the Beck boys entering along with Eric Stone on the far left.

In the upper right is that amazing, show-stopping cutaway Wildcat that Dan Jayne built a few years back.  The crowds were suitably impressed!  Me too!

Below is a shot of some of the guys setting up for the show.  That mostly involved drinking coffee, eating cookies, and chatting!

Over on the right we have the bird man of TRIAD, Feller

​Below are photos of two families having a good time viewing our models.  Our models were laid out in chronological order from the Revolutionary War through Iraq.  Many of the vets and active military personnel pointed to models of vehicles that they had used...one Vietnam Vet pointed to a Huey and said he had been a door gunner.

far table we have the modern day military vehicles and

figures.  That dump truck model was kitbashed by

​member Bill Leger.  He drove that vehicle in Vietnam.

(U.S. Army), and Tom Miller (Fireman).  All are gifted modelers.

Well, that should give you an idea of what we were up to during An American Salute.  We had a wonderful time meeting and honoring our military heroes, talking with the kids, and having a good time together.