When he showed up, we thought it was the “old” Indiana Jones, but alas, it was only Big Daddy Jerry Bridenstein…  Fortunately, our disappointment was abated by the most impressive big honkin’ gun he brought in…a German 12.8 cm high velocity anti-tank gun which appeared in small numbers at the end of WWII.  This was the heaviest gun of the war.  Beautiful job, Jerry! 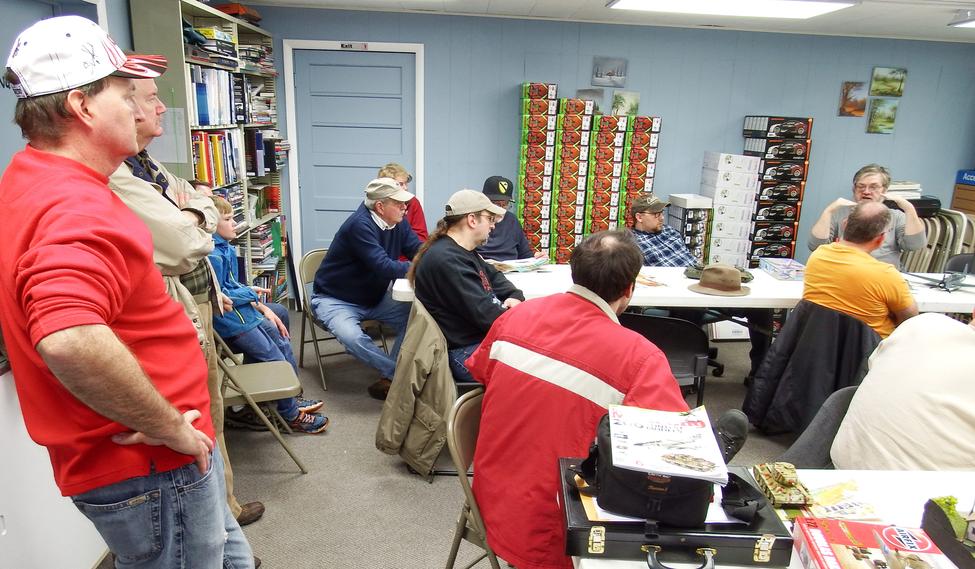 Doug Schuur just completed this Trumpeter 1/32 TBF Avenger for friend Rich Duvall…whose father flew this very aircraft.  This plane was shot down on the last attack on the Yamamoto but all of the crew was rescued.  Doug said it was a good kit but he replaced the sparse cockpit detail with Eduard goodies.  We were polite and didn’t say anything about the landing gear.  OK, Rich asked for it this way!

And then we have skill level 1.55 who brought in his non-award winning Vandam Coal Company diorama in 1/87 scale.  Unfortunately…or fortunately…he didn’t have an up to date photo so you don’t have to look at it!

See ya all at the December S&T!  Don't forget the potluck on December 16!

Uncle Bob Thompson has been busy painting figures!  The Vietnam vignette has several Masterbox GI’s and a Vietnamese girl.  He ripped out several trees from an old vignette and replanted them!  Note the pack of Marlboros.  Bob did a masterful job with the PE spoked wheels and chain on the bicycle…but it required some foul language along the way….  The next two are figures that were included in a MiniArt kit…that went astray.  The figures survived and look great!  Thanks, Bobbie!

Stan Carrier showed off two pieces of armor.  First is his Marine M4A2 as it would have appeared in the Pacific campaign.  This Dragon kit never looked better.  He weathered it with Tamiya and Mig products.  Note the fantastic rust job…I love rust!!  Next is his M36E5 Super Jackson tank with the puny 105 mm French gun.  Stan says this is a hypothetical modification if the war in Europe had continued.  Hmmm…and then it might have faced Jerry’s 12.8mm antitank gun….  Great work, Stan! 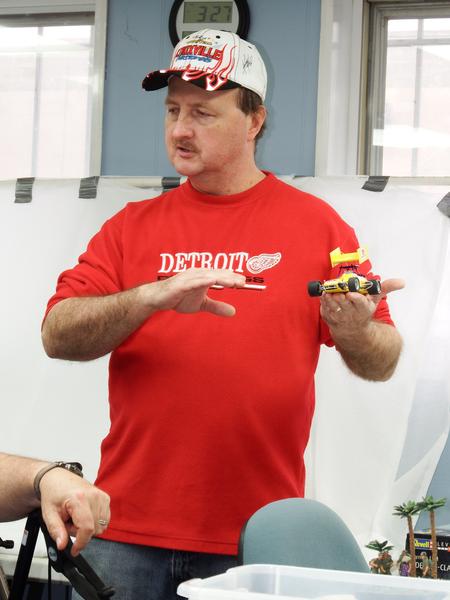 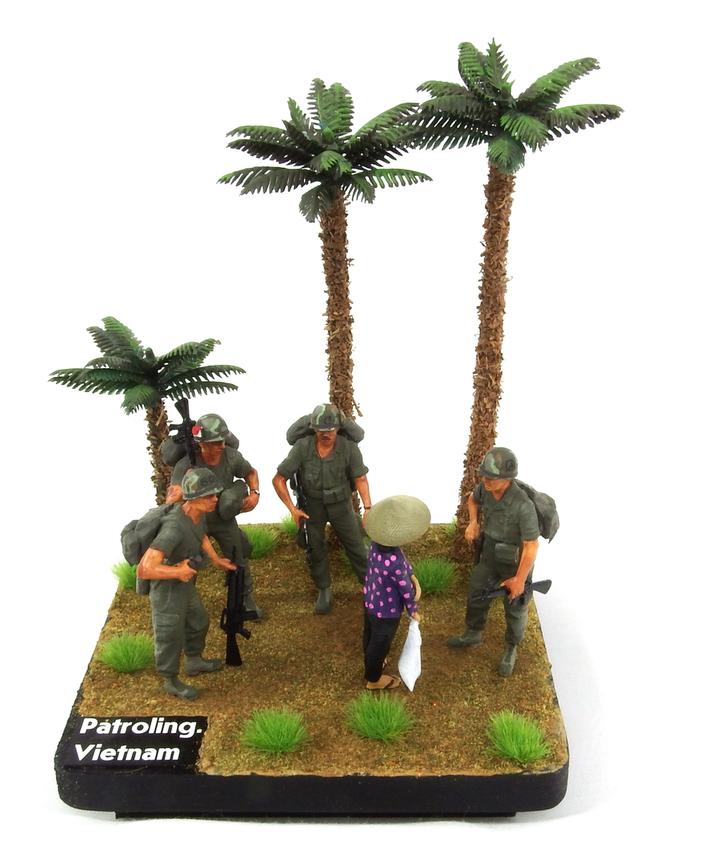 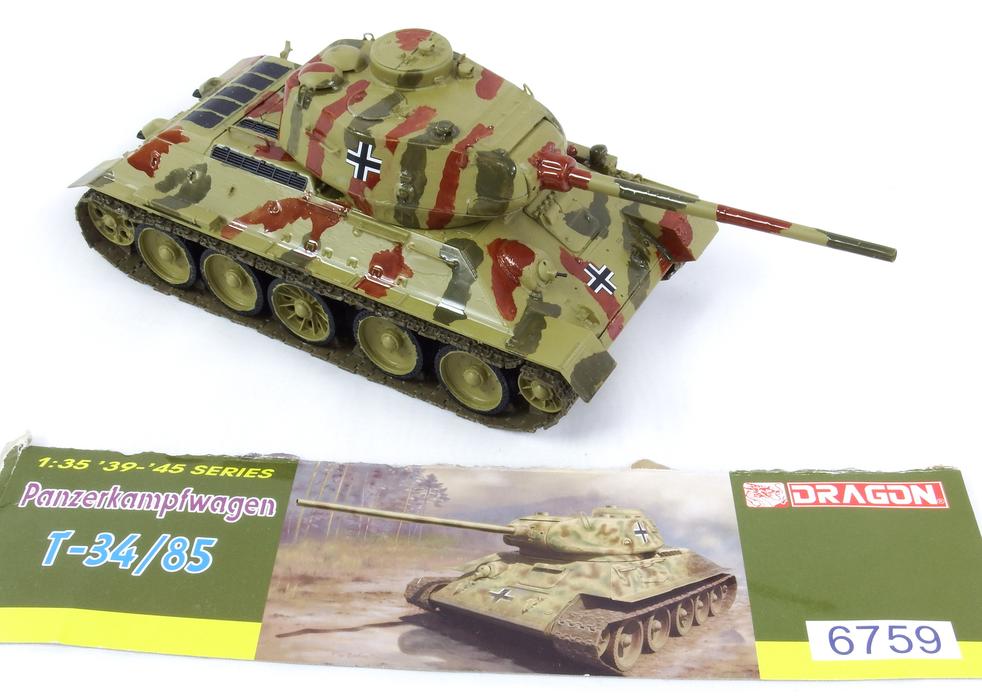 Dave Martin brought in a Dragon kit of a captured T-34/85 as it would have appeared on the Easter front in 1944.  He used the triple tone camouflage scheme.  Another beauty, Dave!

Alan “Snickers” Vandam displayed his Iraqi T-72 with the not-so-effective “Enigma” ATM defense system.  He started with the Esci kit and then added a resin turret and barrel.  Looks awesome, Alan!. 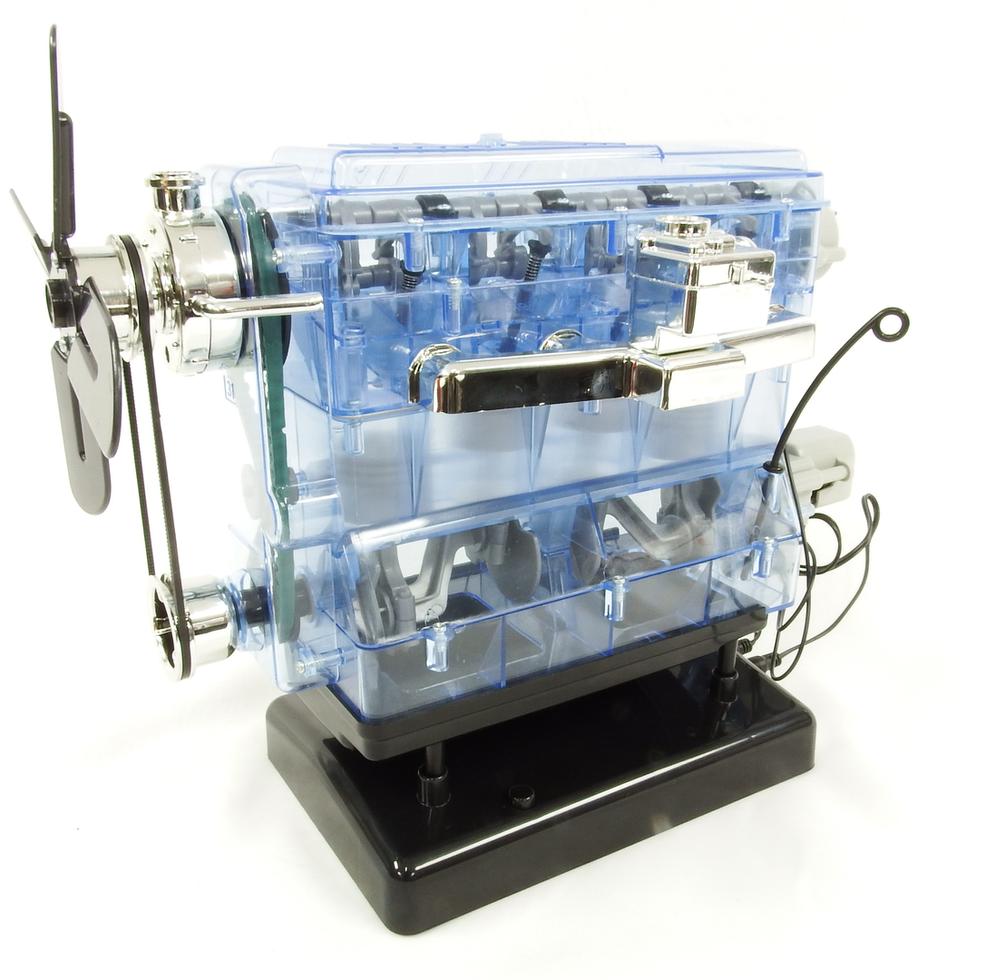 Those in the know all moaned when Mark Jahsan displayed his 1/48 Fonderie Miniature Lockheed PV-1 Ventura…as they are very difficult kits to build.  But this guy builds vacuum formed kits so this FM kit probably wasn’t even a challenge!  This Canadian plane flew west coast sub patrol.  Great job, Mark! 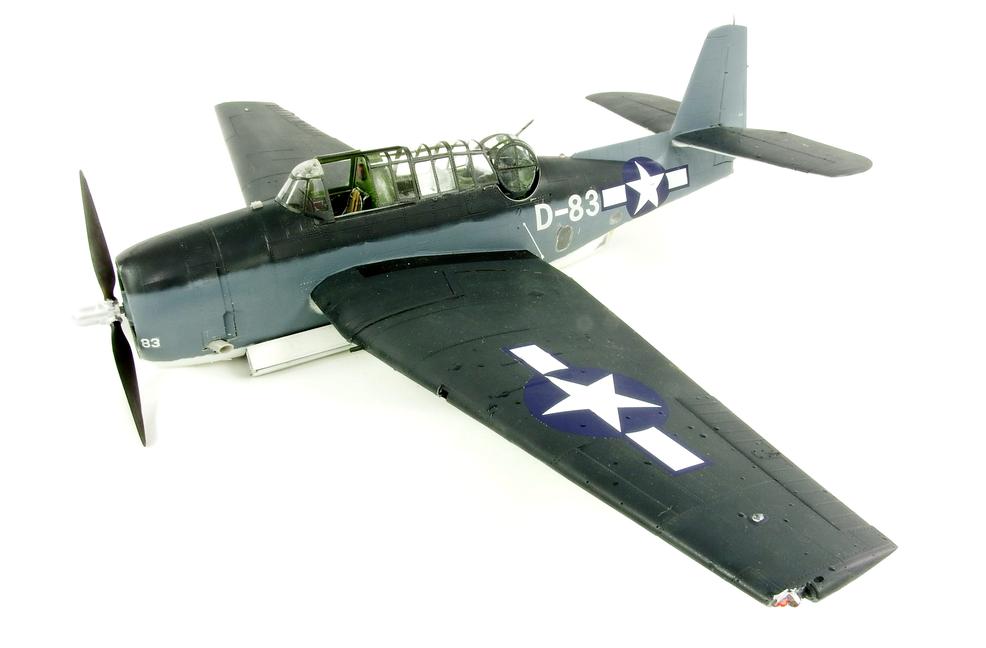 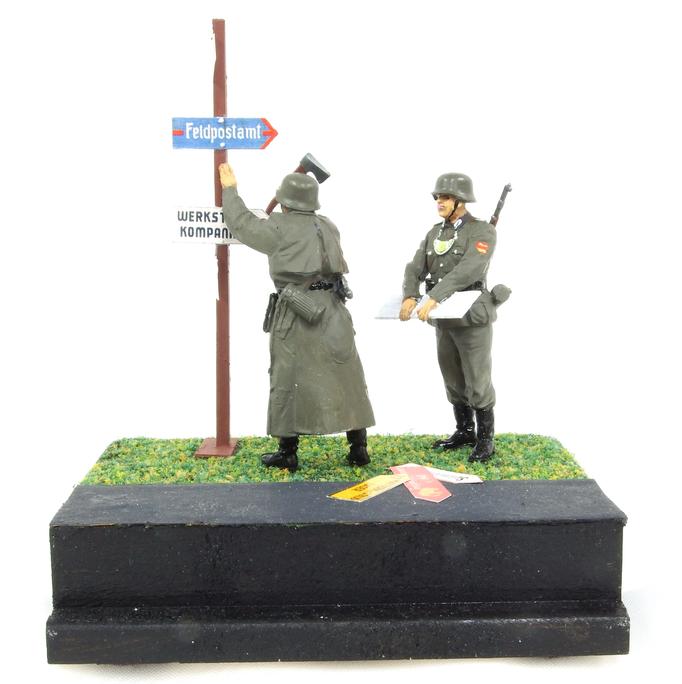 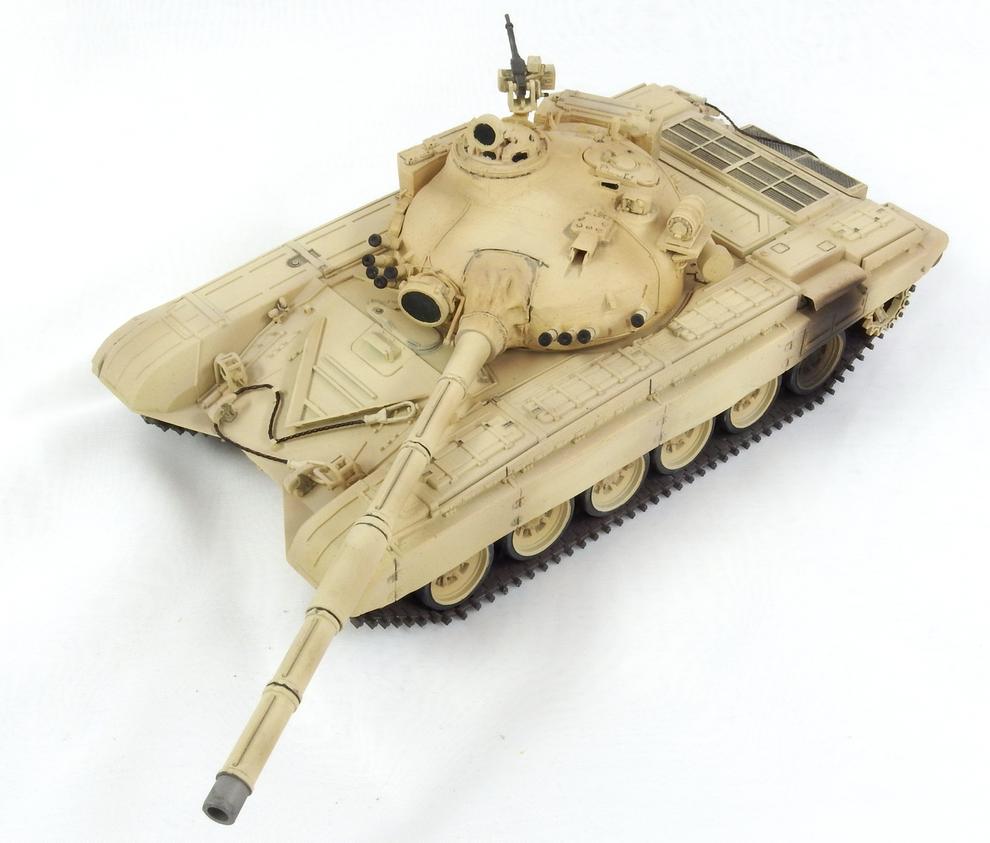 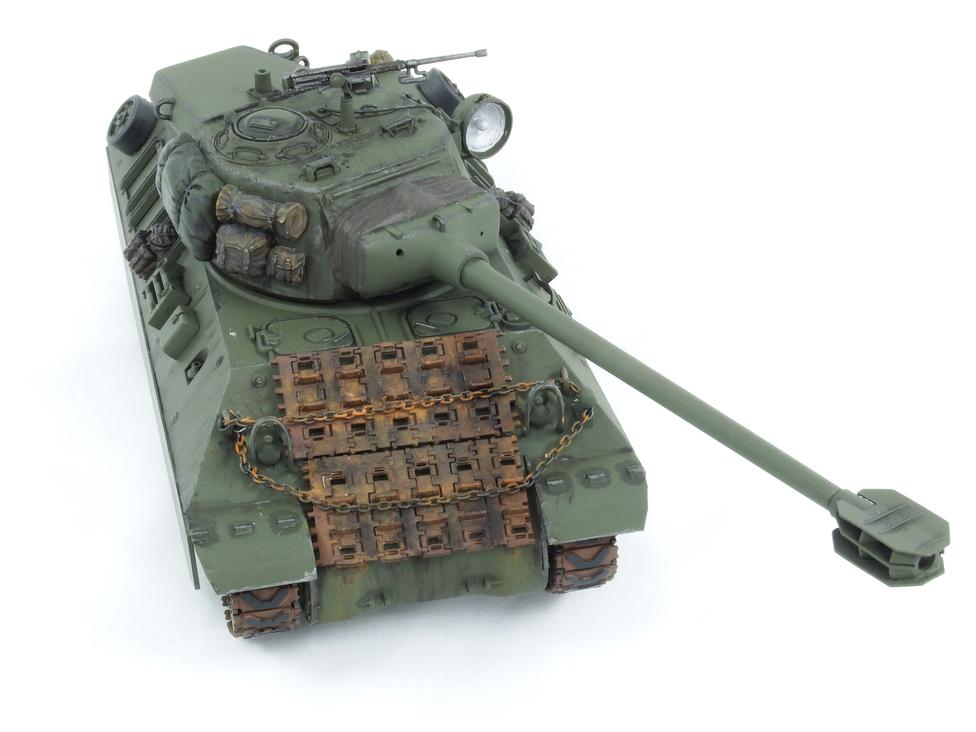 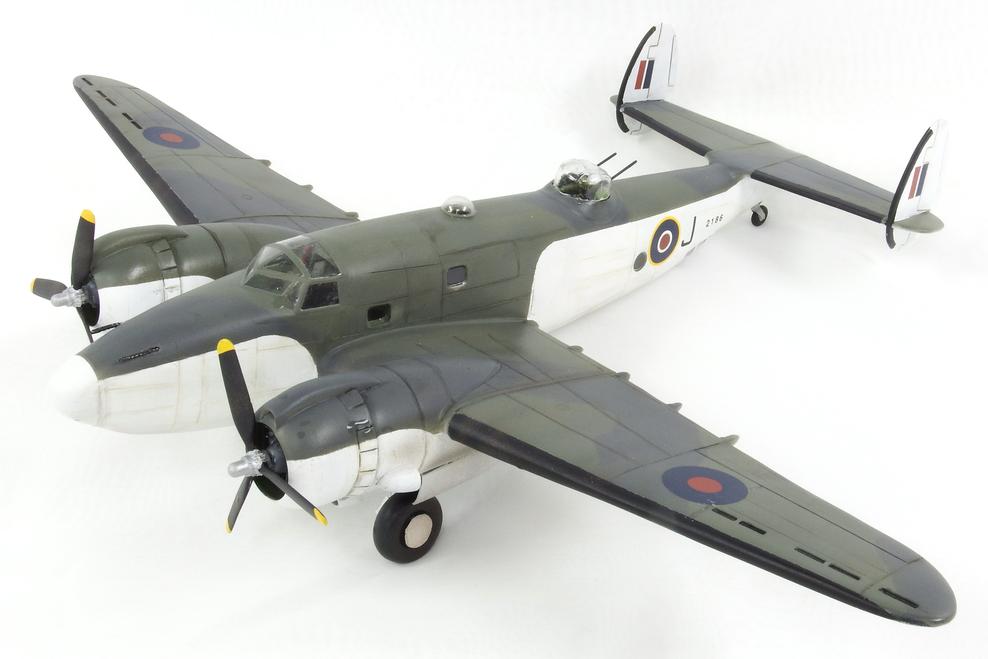 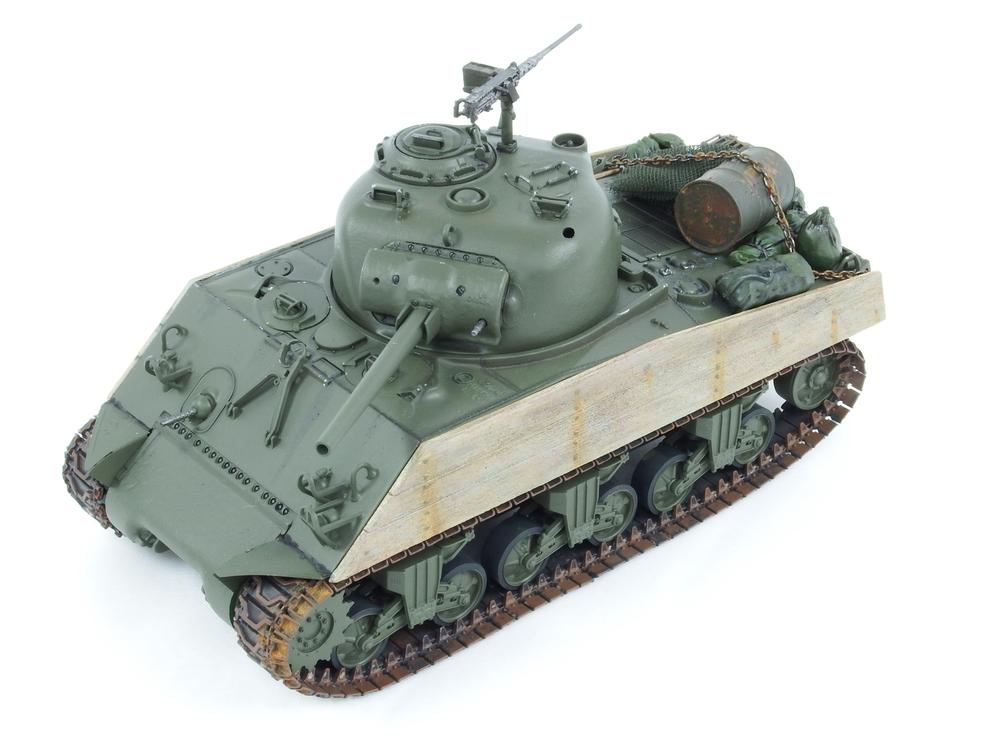 New guy Brian Kitz Daig brought in a working four stroke visible engine from Haynes.  Must have been based on my 1968 Fiat as the engine wouldn’t turn over.  And, just like me, it may not have worked but it was pretty!

In last place…just because that’s just how my data sheets ended up, is an awesome bare metal 1/48 Academy P-47N.  Feller overcame a wing fit problem with putty/filler and this baby looks great!  Per his SOP, he brush painted Model Master paint and used Aero Master decals.  Thanks, Feller!  Just know that you are always at the top of my list! 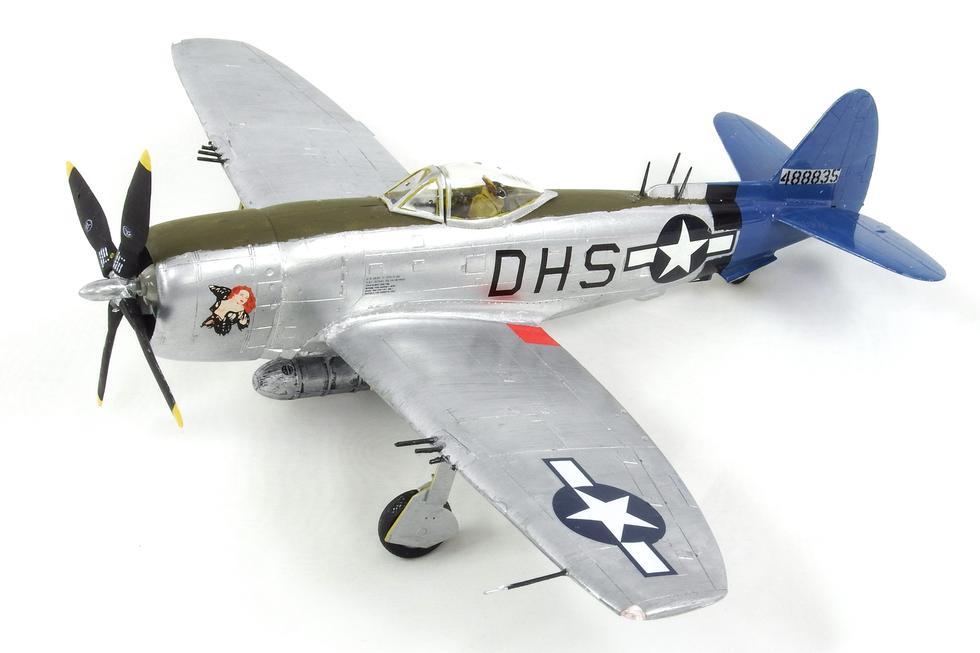 Mark Beck showed up in a display of sound and fury…which was coming from the latest version of the Star Wars TIE Fighter.  This snap kit was a beauty and the sights and sounds scared Uncle Bob!  ;-)  Thanks, Mark! 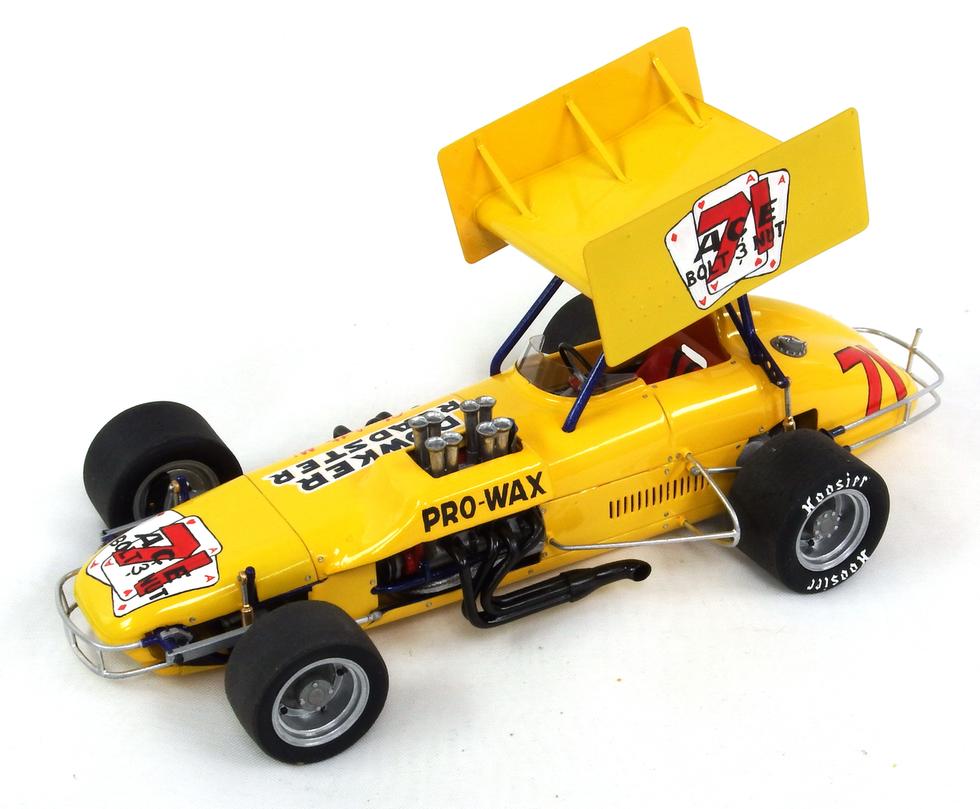 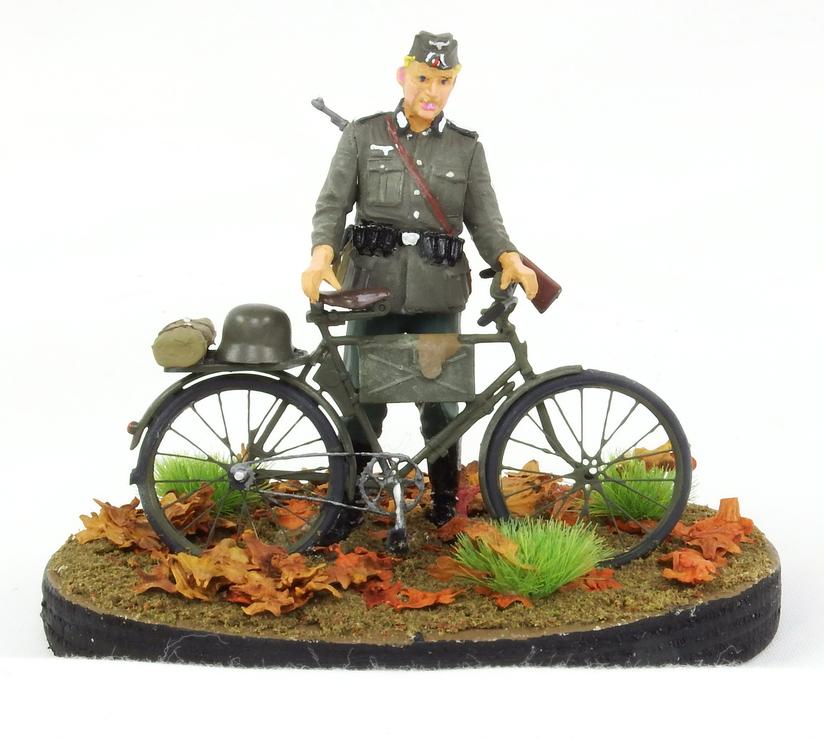 Let’s plunge in with President Burggren’s latest work of art: a mid-1970’s pavement super-modified.  He started with Monogram’s old Kurtis-Kraft Indy roadster.  He shortened the tail, reworked the front, added a roll cage, and built a new front and rear suspension.  He also scratchbuilt the wing, hood, interior, and bumpers.  Other than that, he didn’t do much….  Oh, yeah, he hand painted the numbers and sponsors.  It took him five months.  Jeez.  When does he have time to be President!? 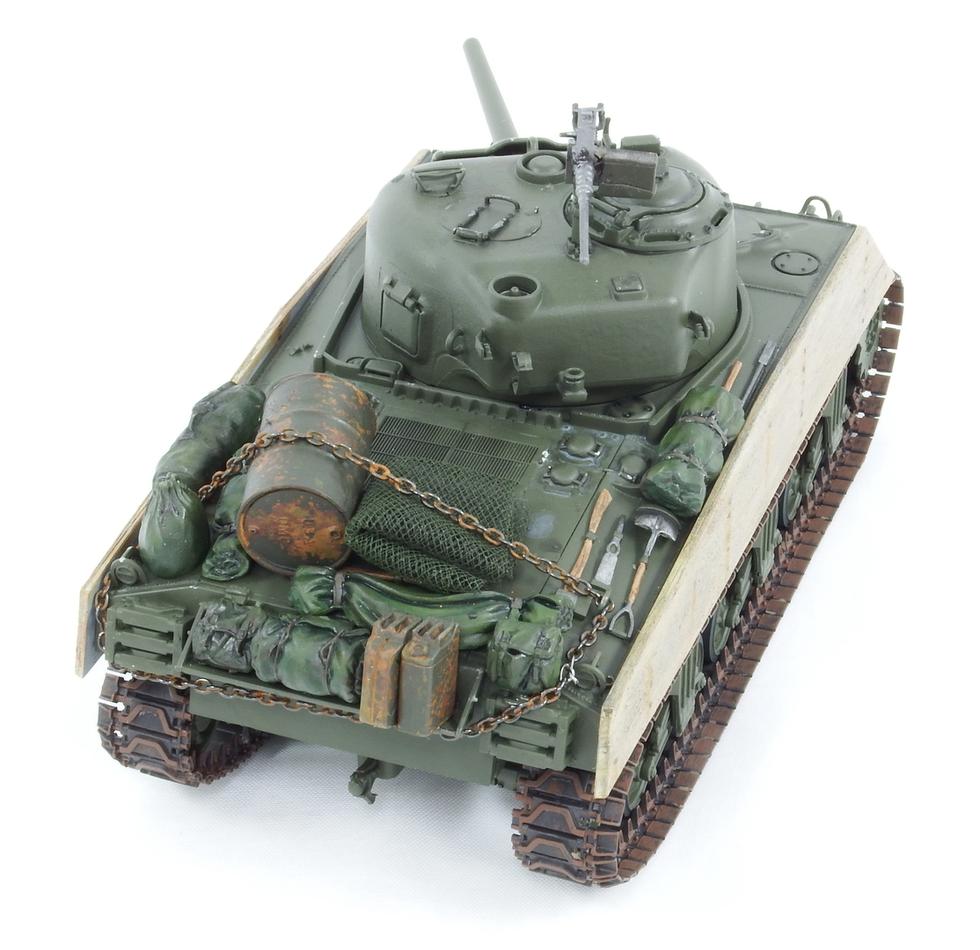