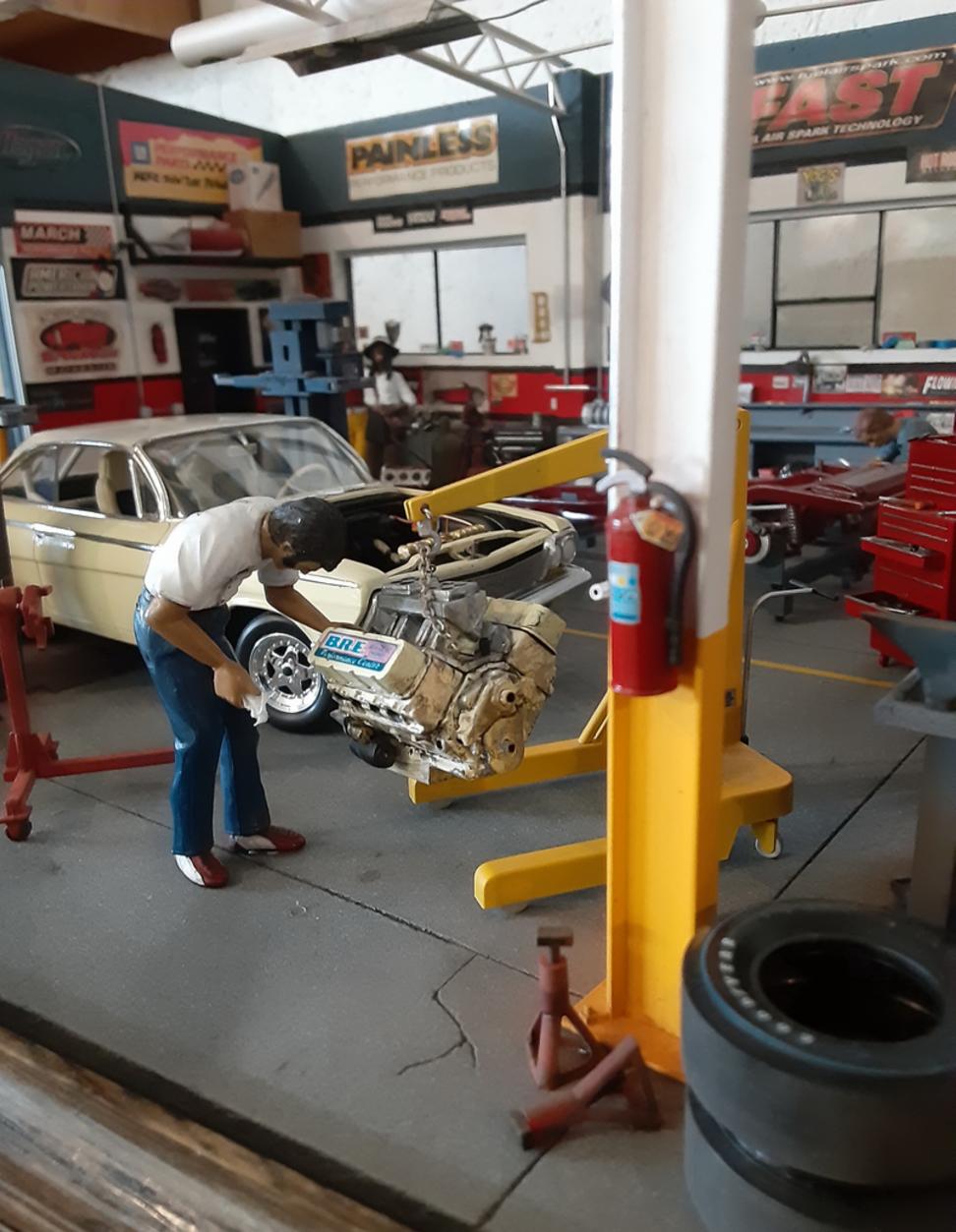 Another one for the report: monogram 1/48 f-100d painted with hataka lacquer; caracal decals; weathered w/Tamiya panel line wash. Pastels on the rear of the aircraft where the heat of the engine burned off the paint. Another 40 year old kit. Went together well. Quickboost resin ejection seat added. Good kit. 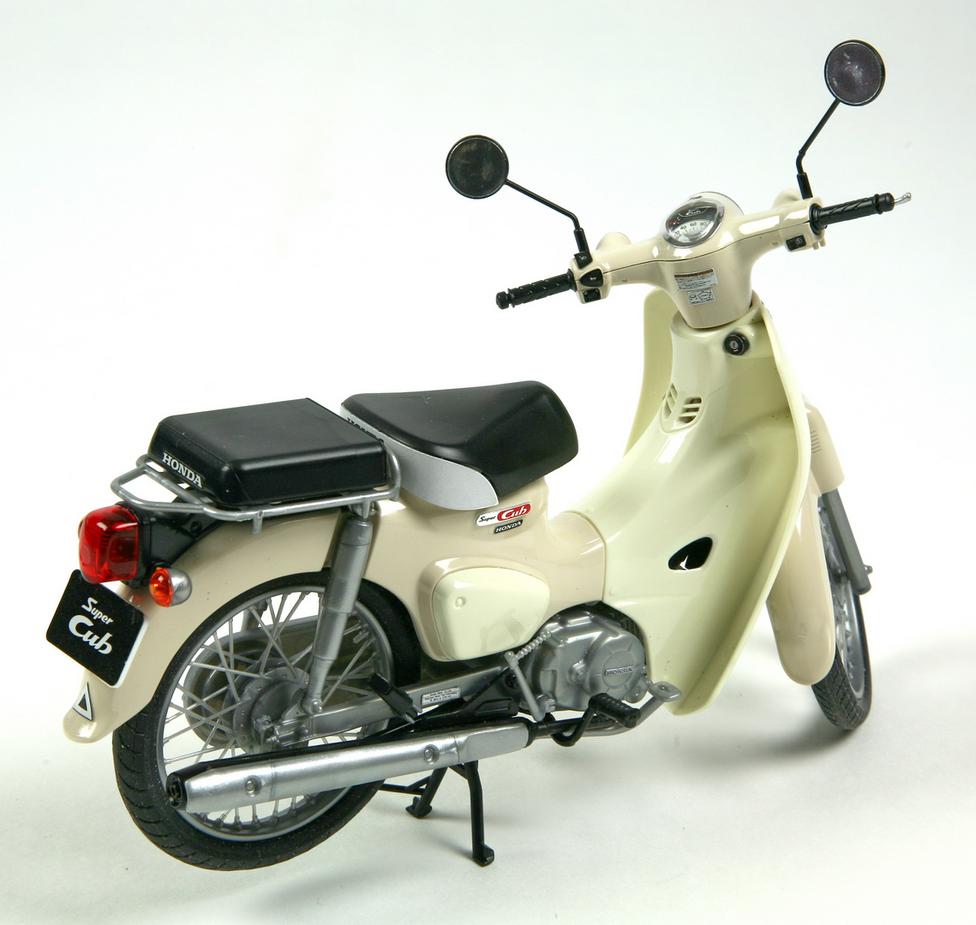 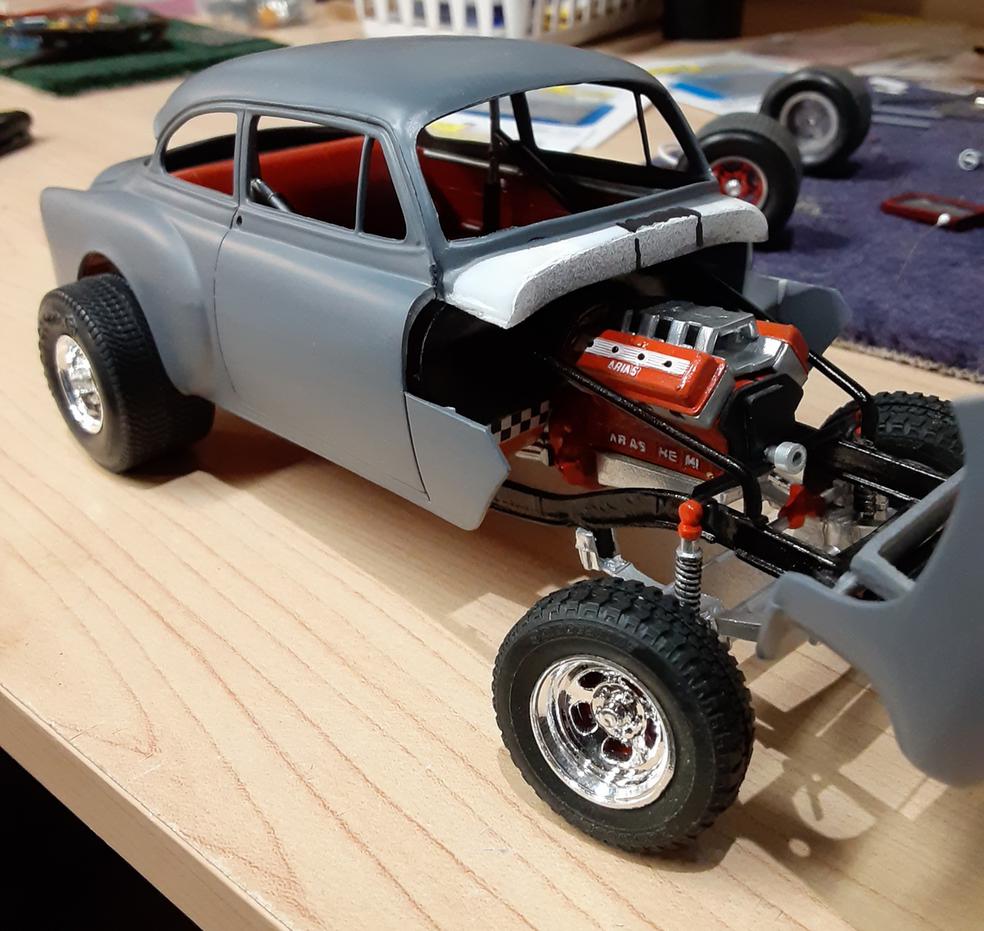 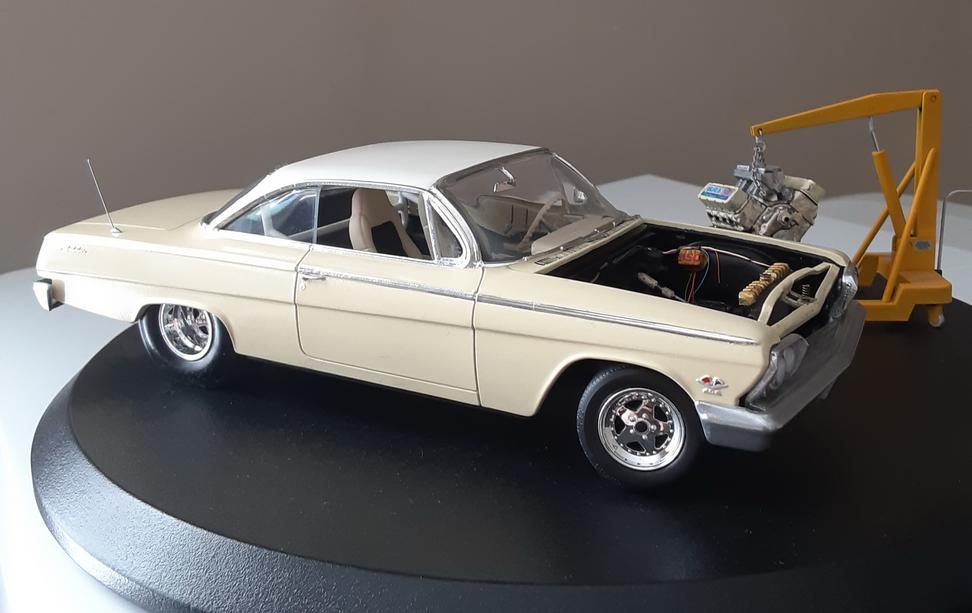 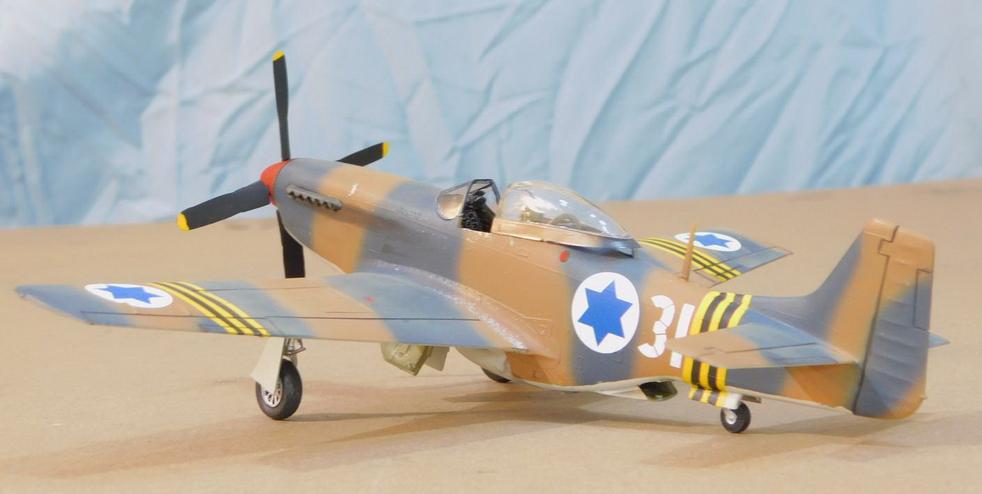 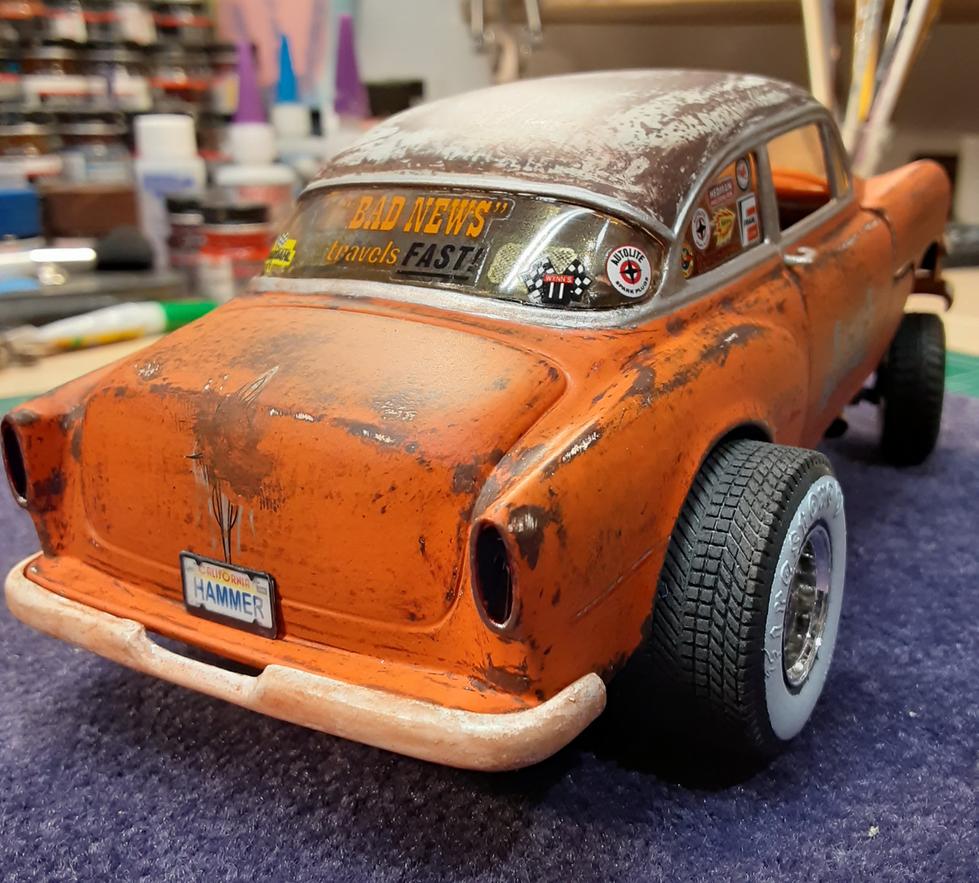 That's it for this week.  Stay healthy  See ya next week. 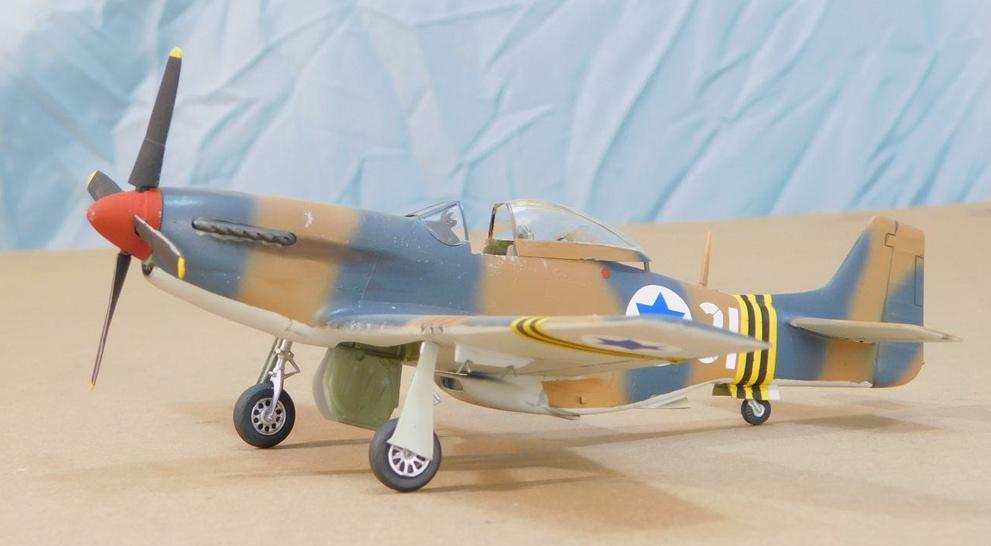 Skill level 1.55: HONDA SUPER CUB 110 MOTORBIKE
Kit: Fujimi kit 141817
Scale: 1/12
Comments: Best-selling motor vehicle of all time…over 100,000,000 sold vs VW Beetle 21,000,000.  Will be sold in USA again??
it is a snap-tite type kit…advertised no paint, no glue.
Paint used: None.  Used just a little CA to ensure some parts stayed together.
Took a little over one day to build.  An absolute delight.  Only problems encountered were my own doing.  Did launch one part….still looking!
Would recommend to anyone that wants to take a break from a major project.
Fun, fun, fun!! 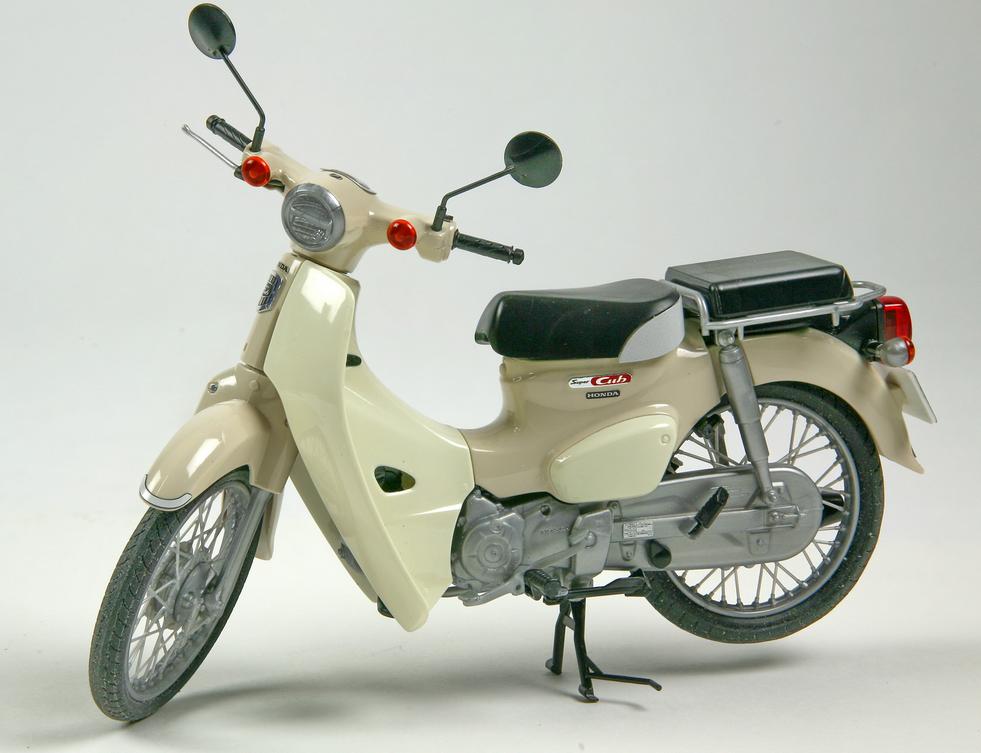 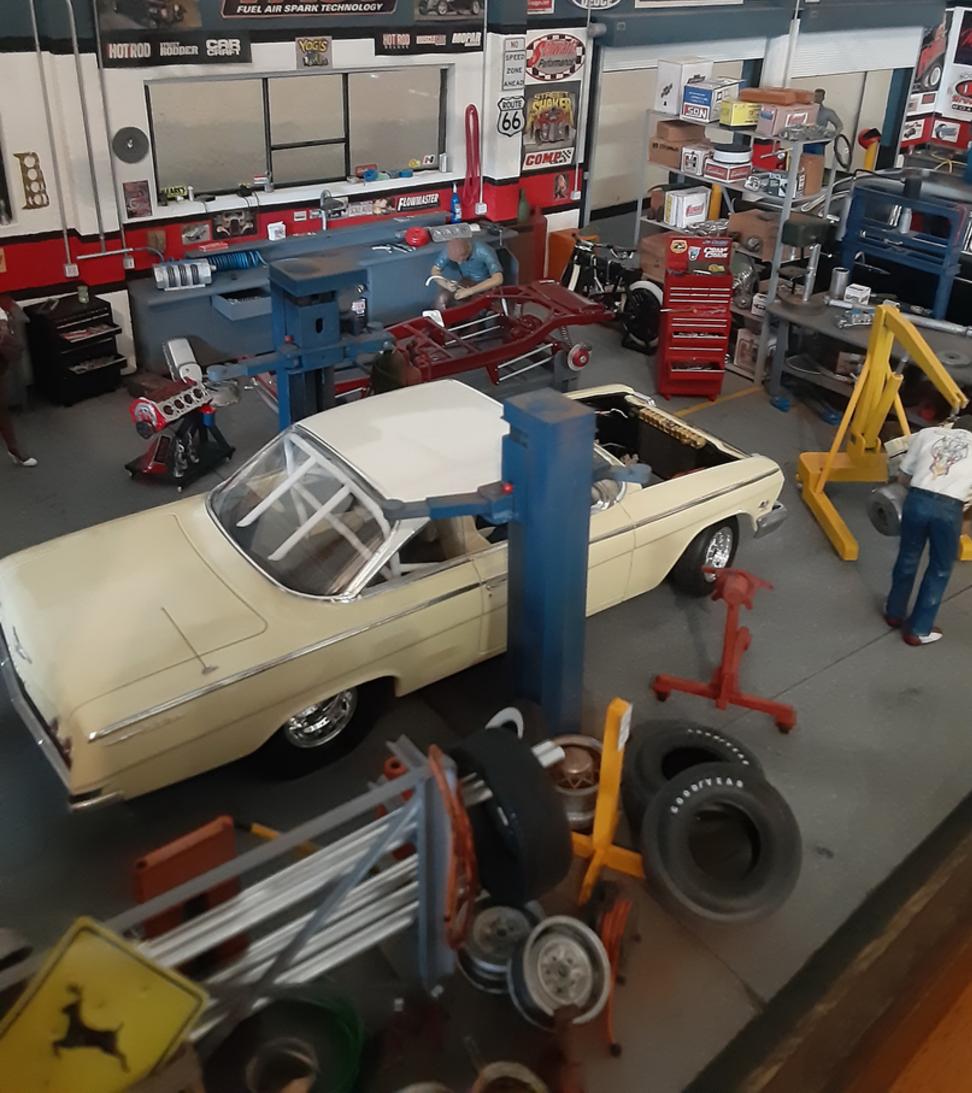 Doug Seekman: One for the report: monogram 1/48 p-51d painted with hataka lacquer. Sky's decals; built to represent an aircraft of 116 squadron as it appeared in the 1956 Suez war. This unit was involved in cutting telegraph lines in the Sinai desert. Most of them were successfully cut with the aircraft's propeller. I was 17 years old when this kit came out. Considering the age of this kit, it's actually a pretty good kit. It was weathered w/pastels. 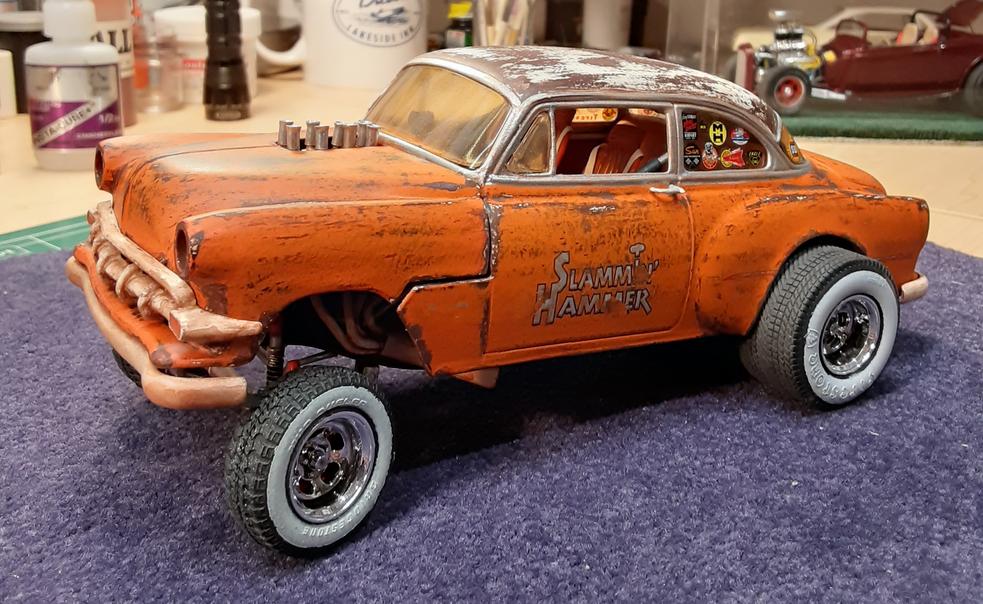 Keith Lemke will start us off with his 54 Bel Air gasser that he started a few weeks before wrapping up the roadster. It's a Revell kit with a kitbashed Hemi motor which I set back in the frame. Parts box tires that I painted into whitewalls and a old school style patina paint. I cut the front clip free from the body and made the tilt from end. Cut open and flared the rear wheel wells.  (skill level 1.55 says: I REALLY LIKE this one!)

Just finished something that has been sitting idle for 12 years. This 62 Bel Air was about 75% complete. Just needed paint touch up, wheels & tires, motor, BMF and clear coat. It's going in the garage as a motor swap. Will add motor to the scene to create the illusion of a motor pulled from the old girl. Happy building !!