Prof. Bill Leger brought in his 1/148 Monogram B-25 destroyer destroyer.  Yes, the B-25 when well decked out with 50 cals could destroy a Japanese destroyer…I’ve heard they could even cut them in half….  Bill used automotive paint for the bare metal finish.  Nice job, Bill! 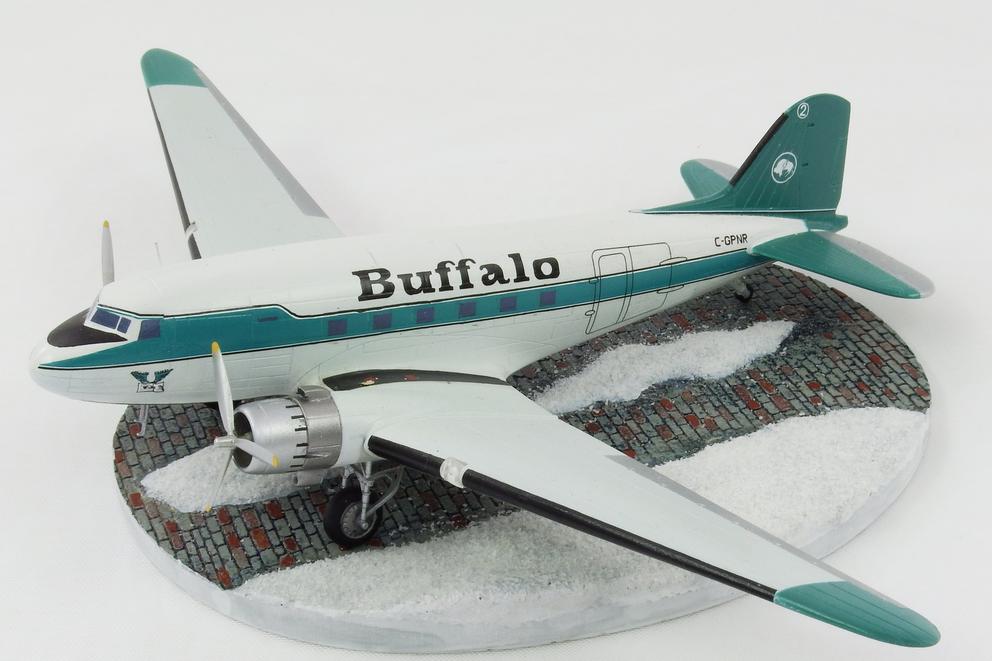 Well, it was an interesting meeting.  Our good buddy Jerry was back, great looking models, Koda the howling dog, and sugar cookies.  Good times!  Here are two photos of the guys doing who knows what…. 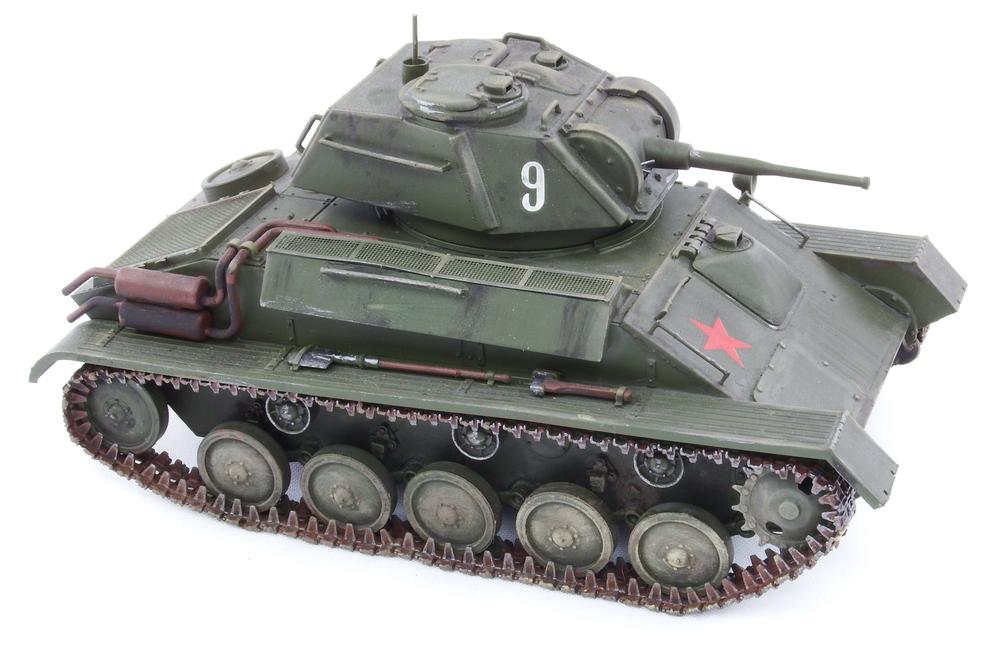 The VP attempted to build the 1/72 Airfix C-47 in the Dan-Air Express Ltd. Markings modified to honor Dan Jayne.  The build quality is so bad it’s more of an insult…sorry Danny!!  He used CorelDraw and a Cricut to cut masks for the side windows and main landing gear wheels.  Note the fine antenna wire.  All types of paints were used but mostly Gunze Mr. Color. 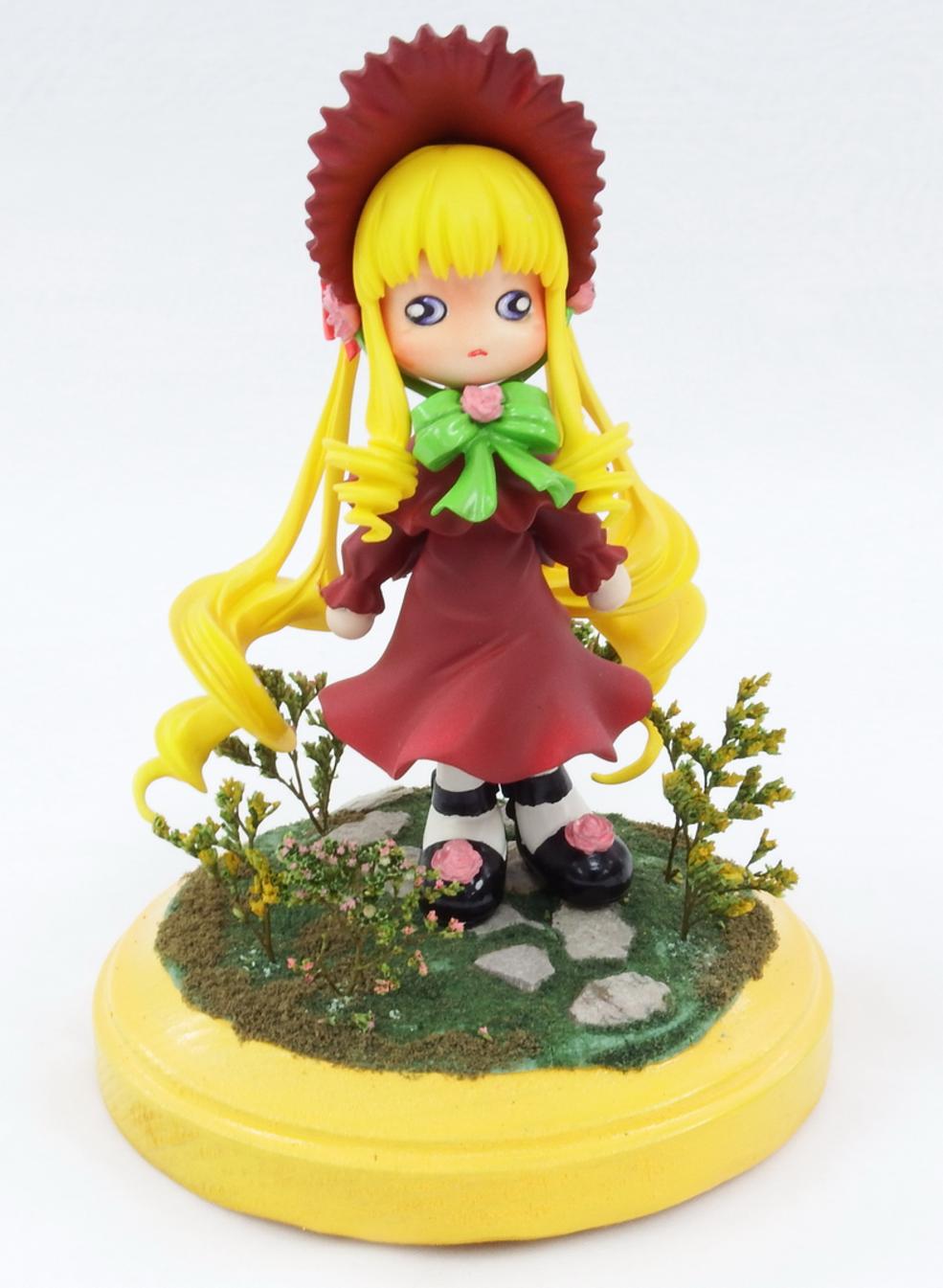 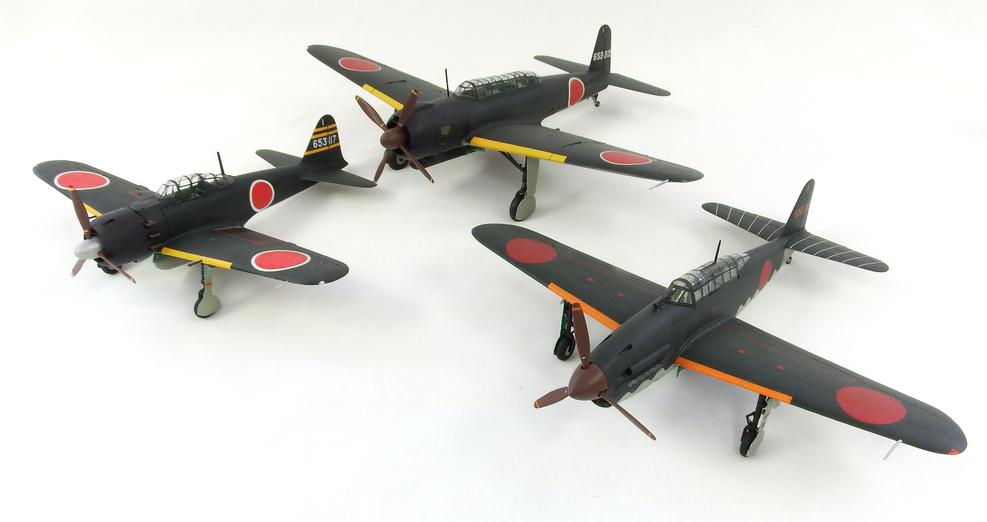 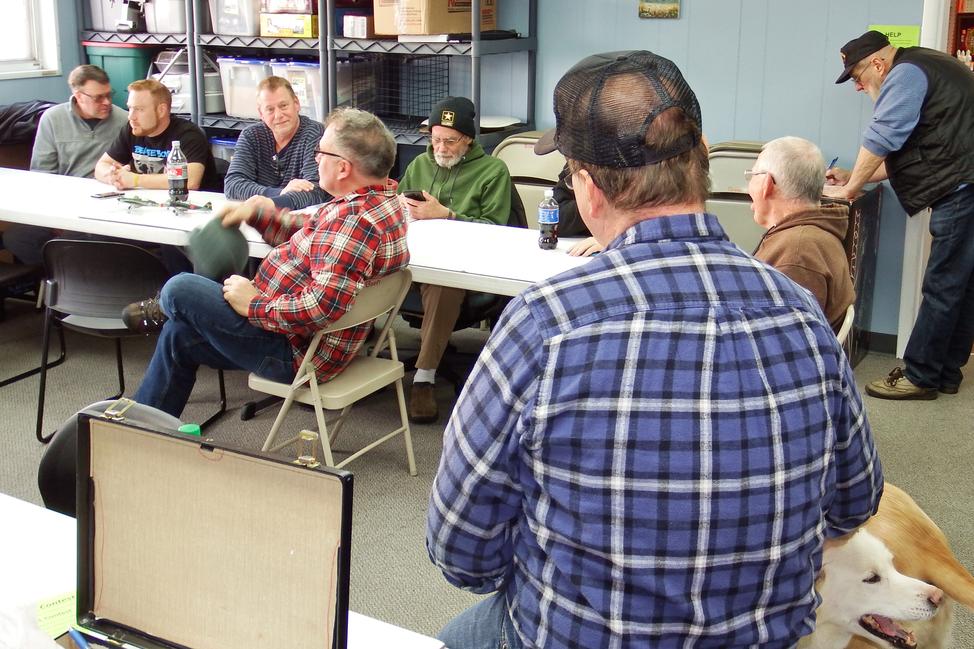 Let’s pick up from the homepage with another Bill Finch model.  You saw his amazing T-28 there.  He thinks it is a plastic Zvezda kit.  Below we have his Panzer Shop RESIN 2S7 Pion howitzer.  Wow!  Bill certainly isn’t afraid of a challenge.  Great job!!  Very impressive. 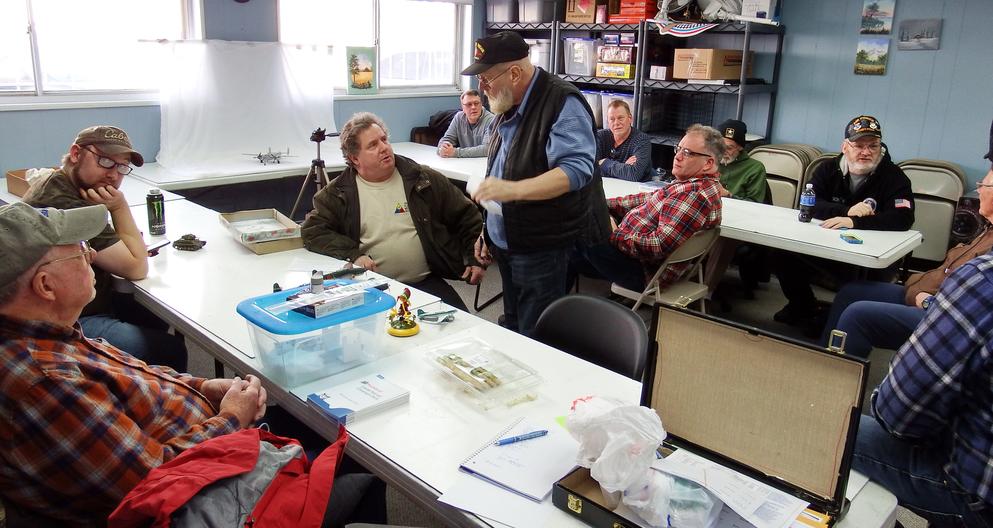 Doug Seekman just keeps pumping out gorgeous aircraft models for Dale Yonkers.  Here is his Hasegawa 1/48 A6M5 model 62 Zero.  He painted this beauty with Gunze Mr. Color and used the kit decals.  Then we have his Dragon TA-152H-0 high altitude interceptor.  Again he used Gunze but used Eagle Cal decals.  What can I say…wish my aircraft models looked this good!

I apologize for the weird color cast of this photo...unable to repair.

Alan brought in another two fantastic models.  The first is an E-2046 Anime resin figure from Hong Kong that started off with a very bad hair day…massive resin pour blocks in her hair required a tremendous amount of work.  I wonder if Alan can do something with my hair…..?  Alan’s wife says this cutie is his girlfriend.  The eyes are decals.  Next is his tiny 1/144 Minicraft DC-3 in Buffalo Air markings…decals from Leading Edge.  Man, this guy does good work. 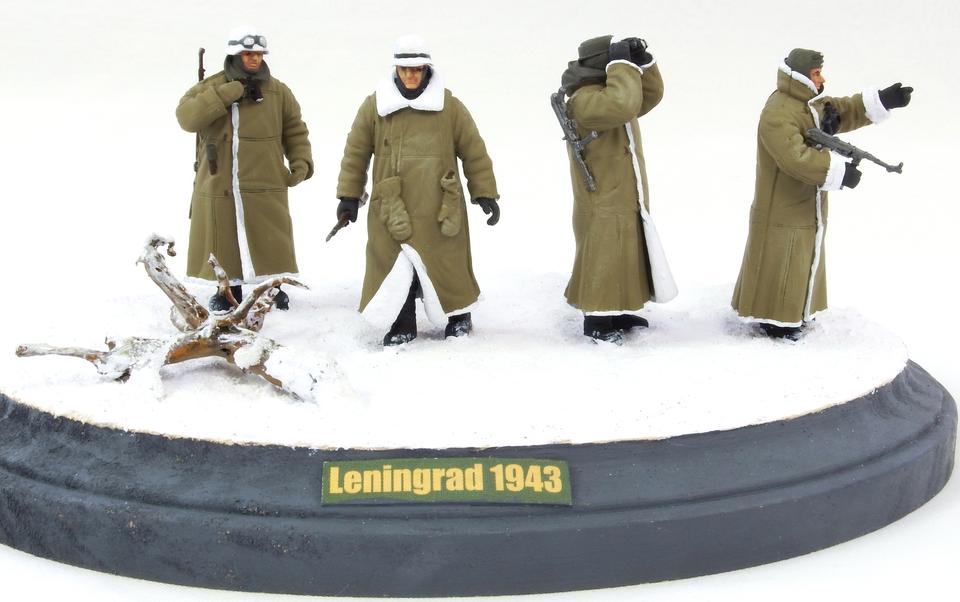 Mark Jahsan’s theme for today was late war Japanese carrier aircraft….and food trucks.  The first 1/48 model (L to R) is his Hasegawa A6M5 Zero...his Hasegawa Jill…and then his Fine Molds Judy.  Man these models are beautiful.  These planes carry accurate markings for the last every Japanese carrier battle.  Then we have the original 1/32 food truck model on the left and then Mark’s finished product that carries the actual markings that were on his truck.  The printing is a vinyl peel and stick that he had made locally.  Mark made about seven of these for friends, family, and his partner.  Way cool! 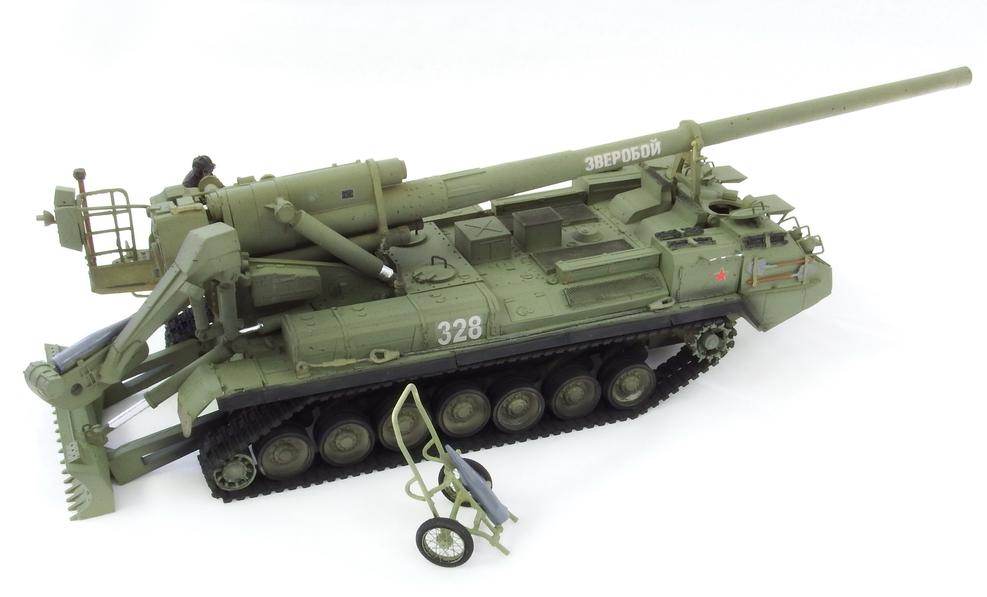 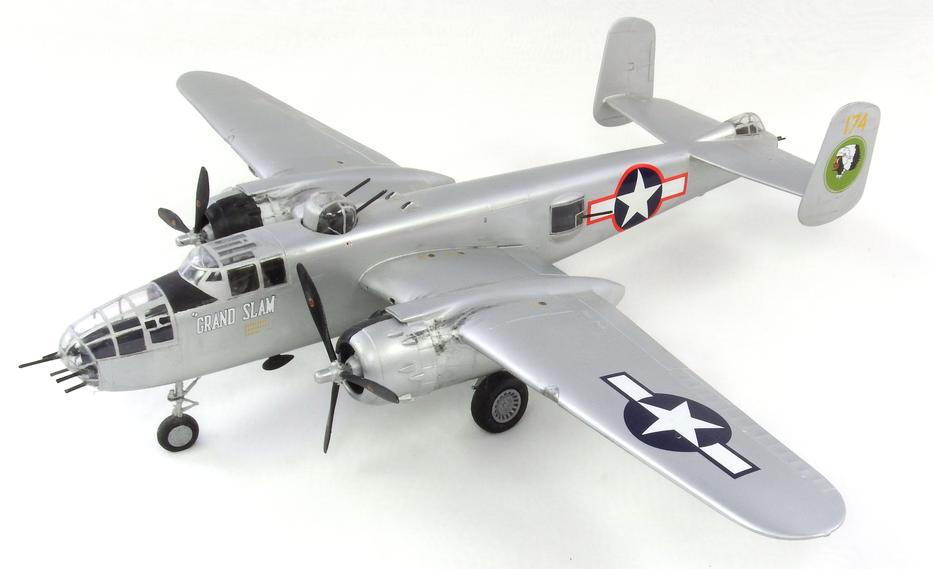 Bob “the artist” Thompson brought in weather appropriate figures.  With the temperature about to plunge to single digits, again, this week, Bob’s figures are prepared!  He painted these Dragon figures with Vallejo.  They are wearing Wachtmantel winter coats as they would have appeared (at least the lucky German soldiers who received winter coats!) at Leningrad in 1943.  Can you see the ice on the branch?  Brrrrr….. 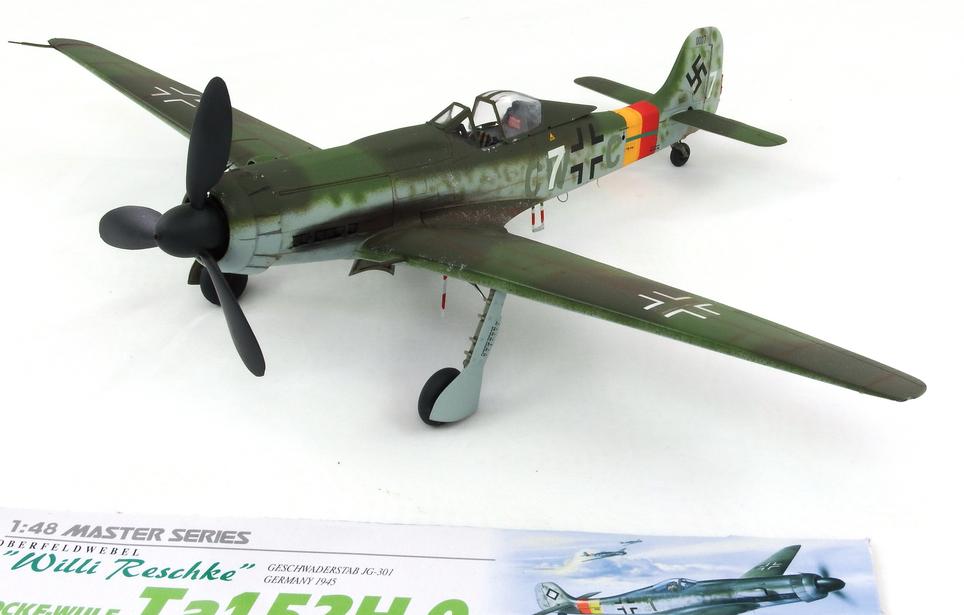 See ya at the March WS...don't forget to bring your TTT's! 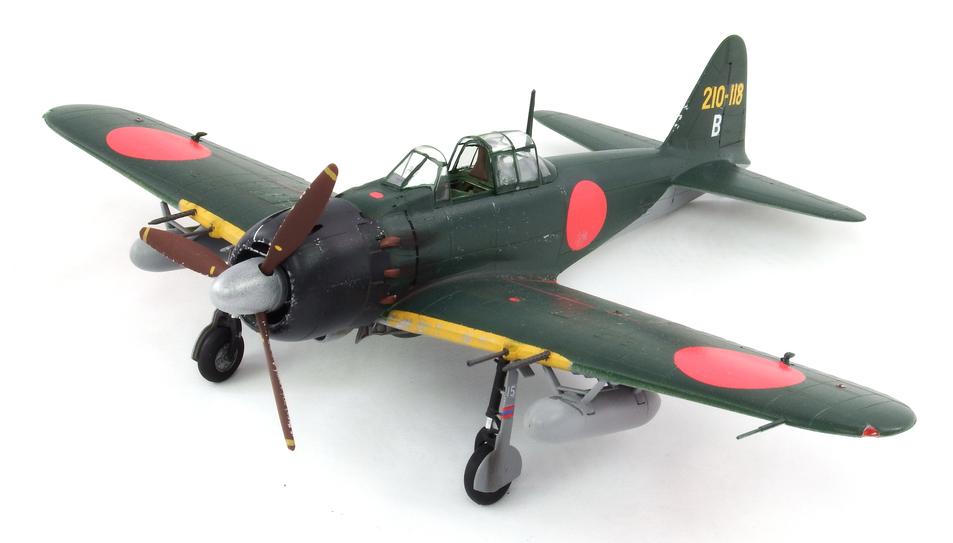 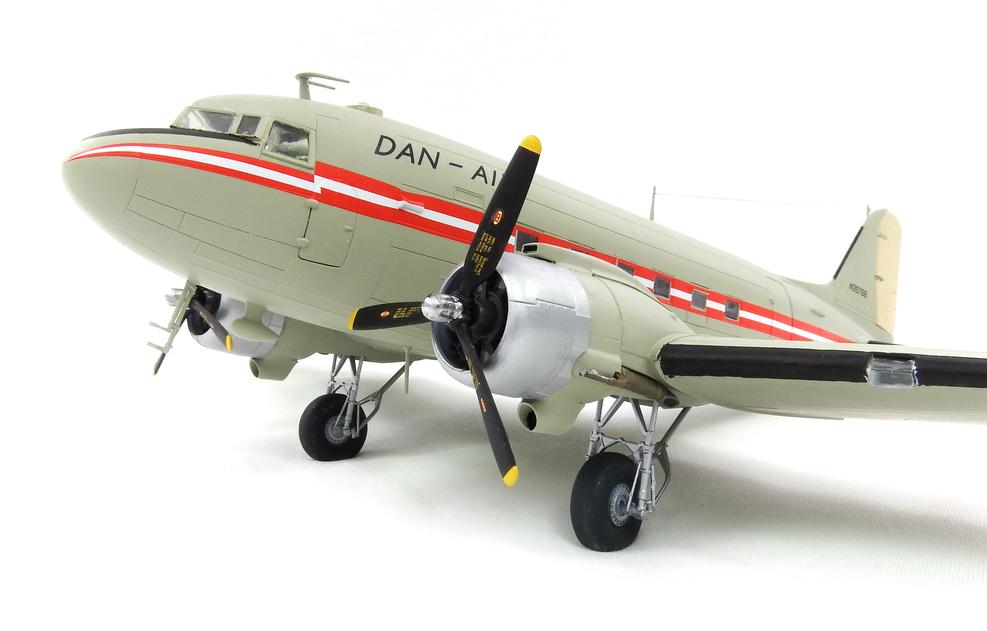