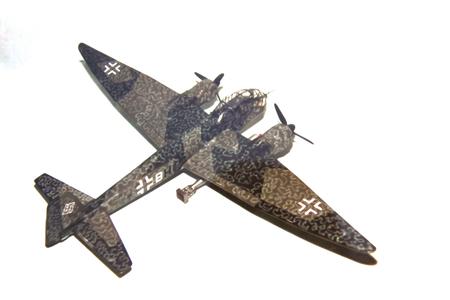 I must confess, this old guy is a little confused about the following photos.  They are my photos of old photos that Dale Yonkers brought in.  They are supposed to go with his bio but I don’t have a photo of him so….  I believe (?) these are Kaster Aero 1/48 vacuum formed kits that Dale built back in the day.  More info to follow.

Speaking of Bob, he emailed me this week and said he just realized that “he is now one foot shorter than before”.  Ehhhhh.  I need an unlisted email address!  Anyway, Dale Yonkers gave Bob these two Maschinen Krieger (machine warriors) to build and paint as they would have appeared if WWII had continued on….  Maybe.  Sweet!  And then we have Bob’s Tamiya 88mm antitank gun with a nine man crew.  Bob uses Vallejo acrylic paints.  Beautiful as usual, Bobbie! 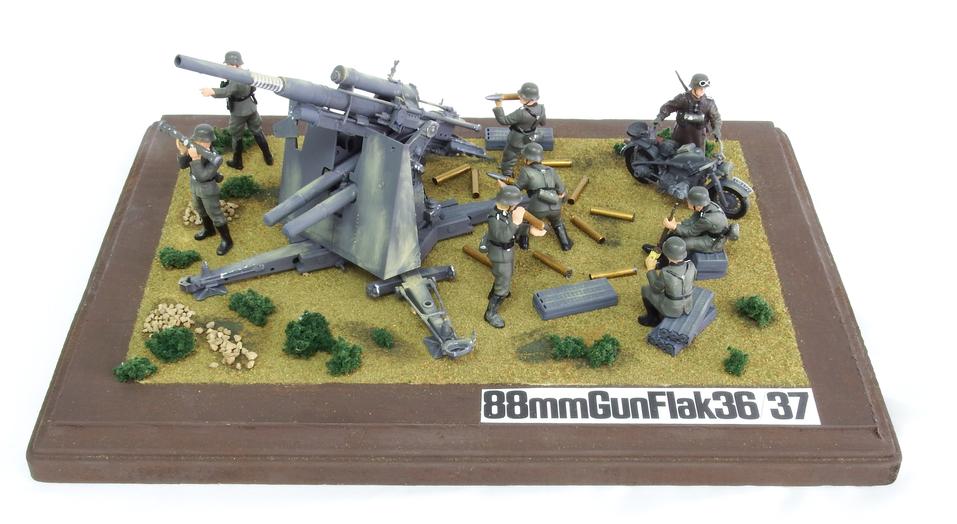 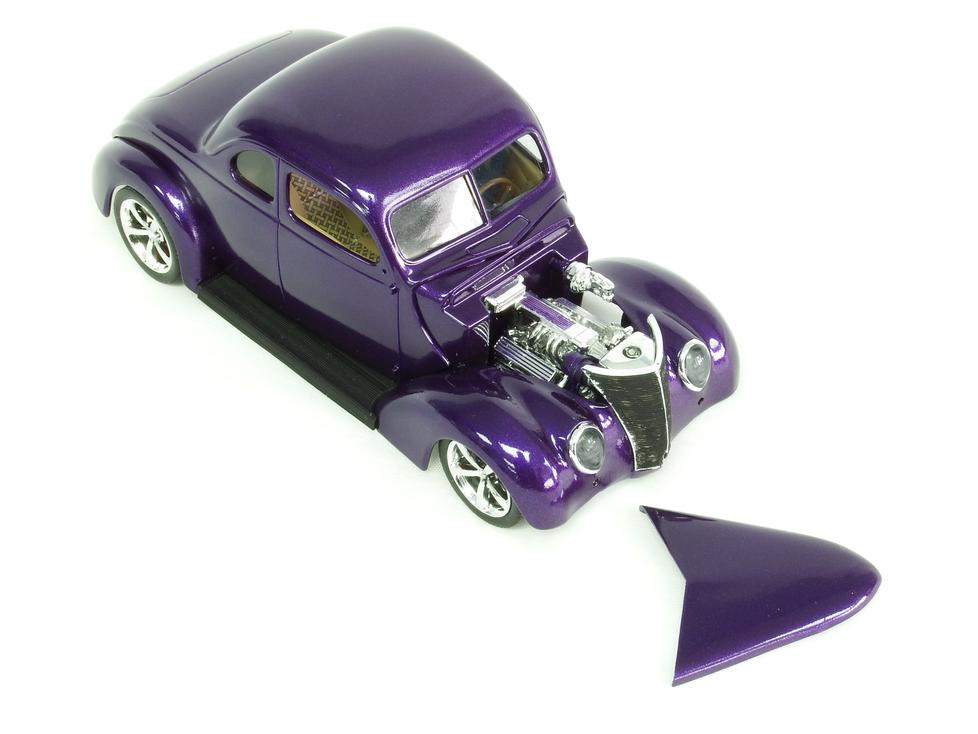 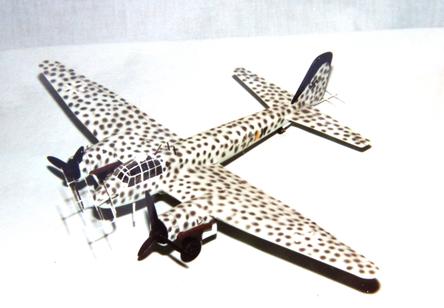 Keith also brought in his model Debra…eh, wait…no…he brought in Debra the modeler!  And she brought in her granddaughter Legace (what a cool name!).  Here is her Meng Toons Sherman tank diorama.  It was a cool kit, great detail, and a fun build.  Thanks, Deb!  Keep up the good work.  We are looking for someone to replace Thompson….  Relax Bob, nobody could replace you!

The “President we can’t get rid of” Burggren brought in another spectacular racecar…an early 1970’s sprint car with wing.  This is a Grant King kit which he said is mostly built per the instructions…which is always a lie…as this time he added or modified the hood, nose, rear end and front of frame.  Oh yeah, I guess he forgot he also scratchbuilt the wing, rock screen, etc.  Yea, this is out of the box….  Just like his campaign promises…lies, lies, lies…. 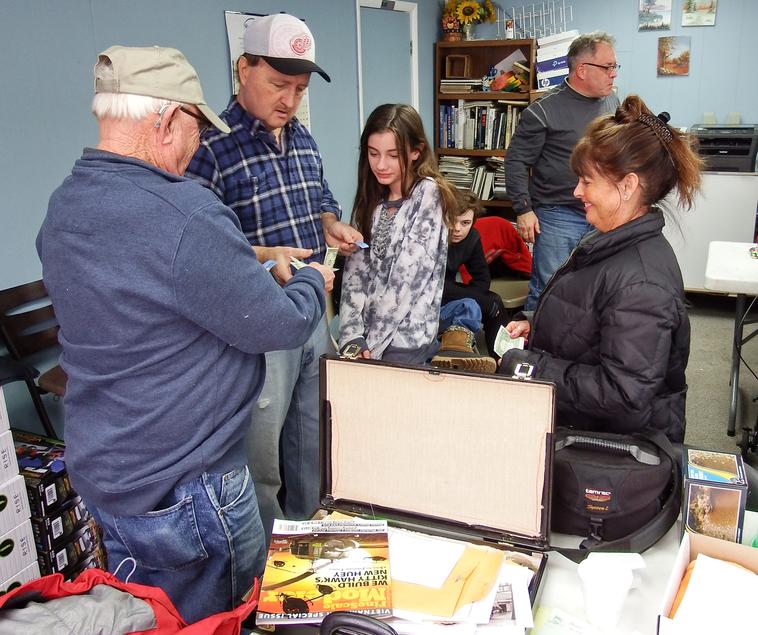 I have to comment on this photo.  Camryn didn’t say a word during the meeting…but as soon as we opened our wallets to purchase raffle tickets, she comes running.  Look at those eyes!  I pity her poor parents!  Also, here we have Feller and Deb purchasing tickets…and they both won! 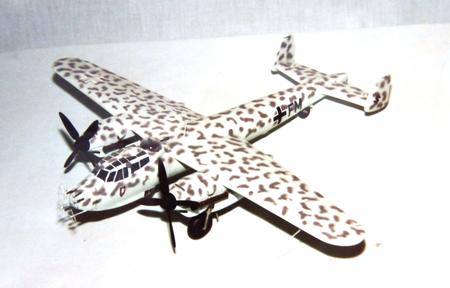 Here are some surveillance photos…just in case we had to call the cops. 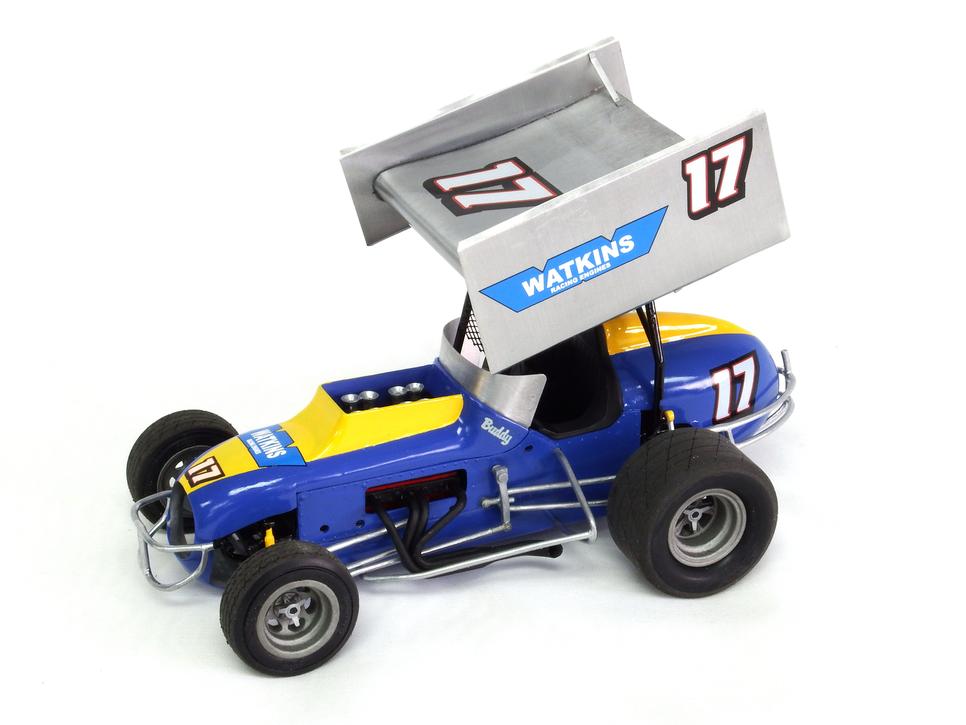 Award winning modeler Keith Lemke brought in in awesome car models.  First up is his ’37 Ford Street Rod to be used with his humungous garage diorama.  He used Testor’s rattle can paint with an ample number of clear coats to give us that amazing finish.  It is built out of the box except for tires, wheel, and rotors…which he stole from Deb’s Ford GT.  Then we have his ’67 Pro Street Chevelle which he plumbed and wired.  The model has been nearly finished for quite some time…he just needed to drop in the detailed engine.  Great work!

Taking the models in the order they were photographed, we have skill level 1.55’s 1930’s era fictional aircraft refueling truck.  This vehicle started life as a MiniArt Soviet Ford truck kit and was a complete waste of good styrene.  The kit had 651 parts with about 2/3’s of those being utilized in some form or another.  To give you just a hint of the assembly nightmare, there are 84 tire slices that went into making 12 tires.  If someone ever gives you this kit, you must know they are not your friend….

Mark Jahsan brought in another beautiful 1/48th model…this time a Monogram issue PBY-5A with a Belcher Bits -6A resin tail conversion.  This is how it looked in Soviet service in the Pacific.  He had to add a lot of weight to the model so he swapped out the kit plastic landing gear with a metal set.  He also used Quickboost engines.  So cool! 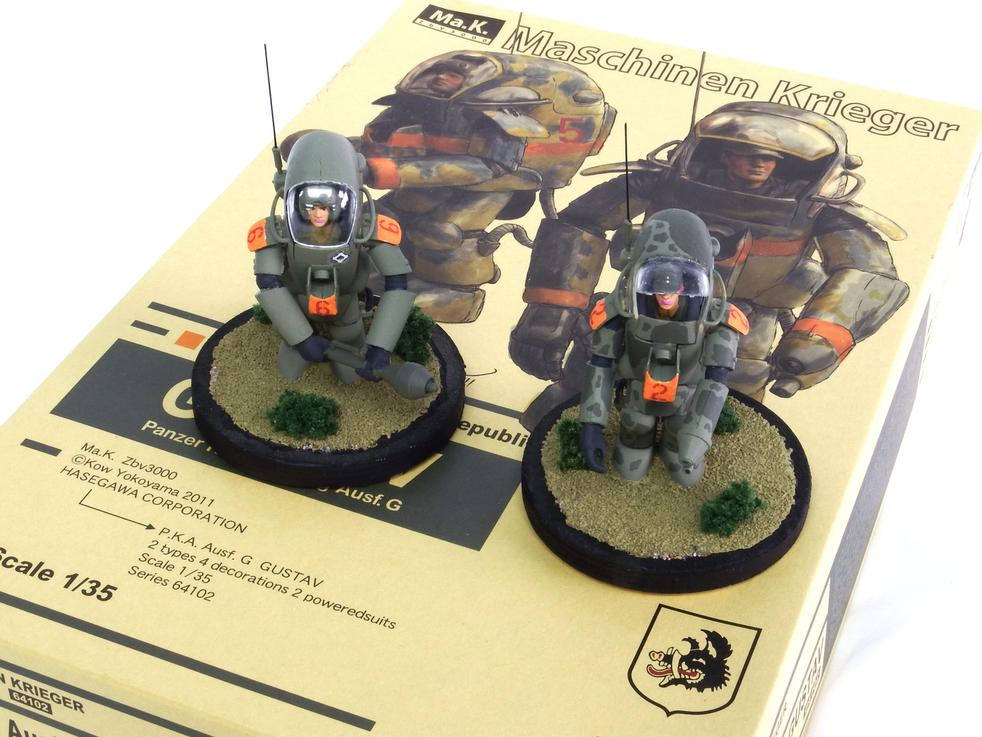 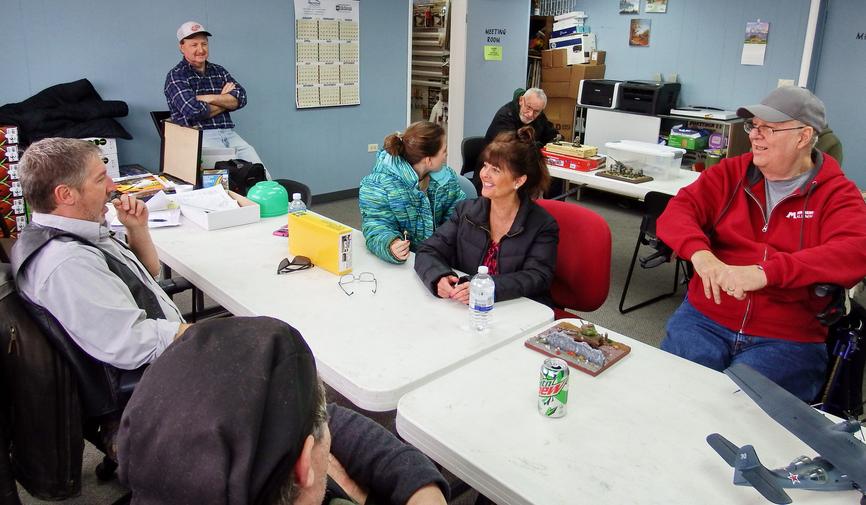 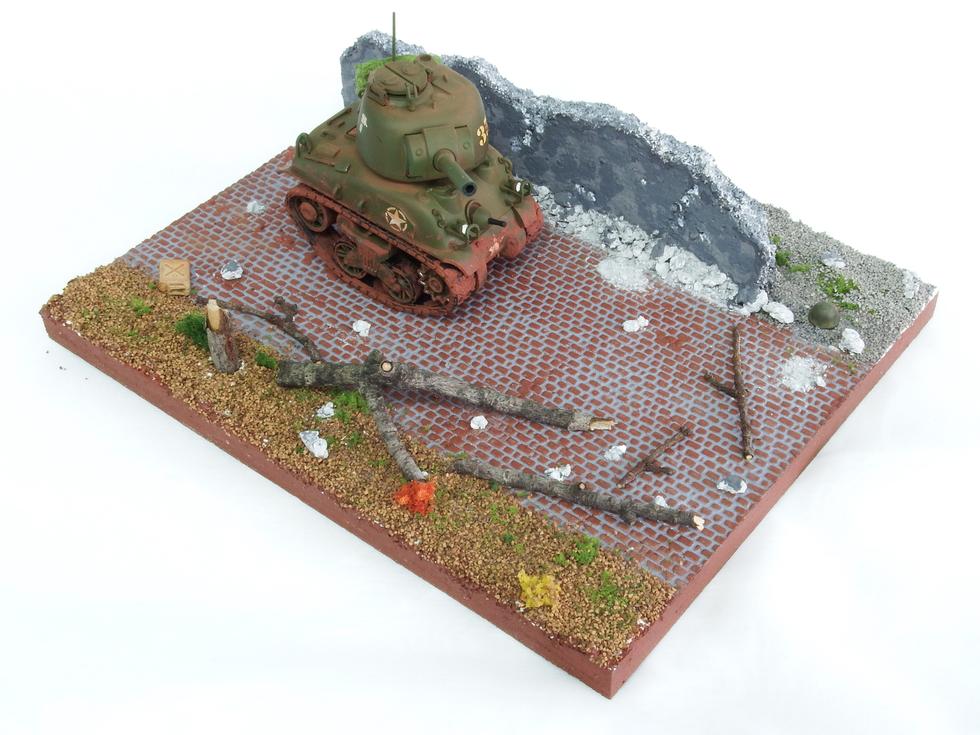 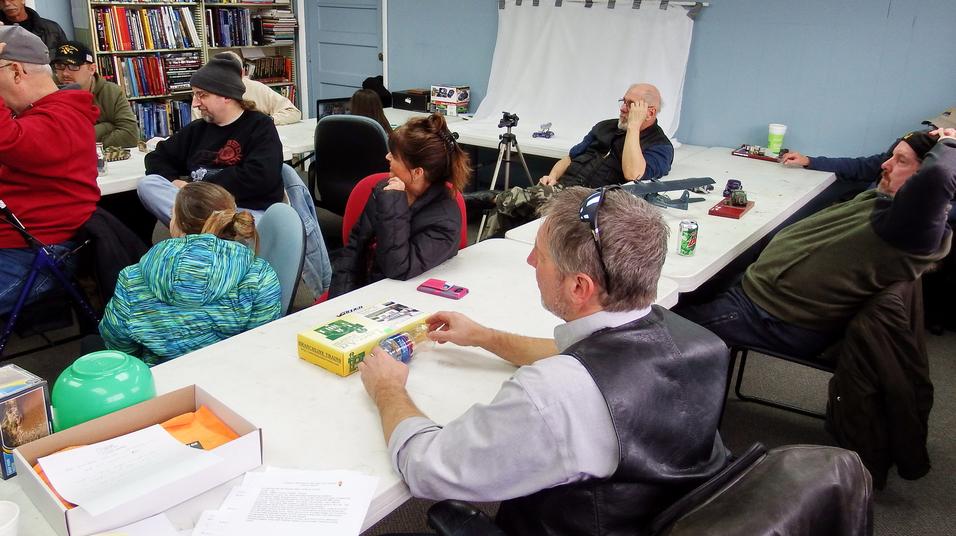 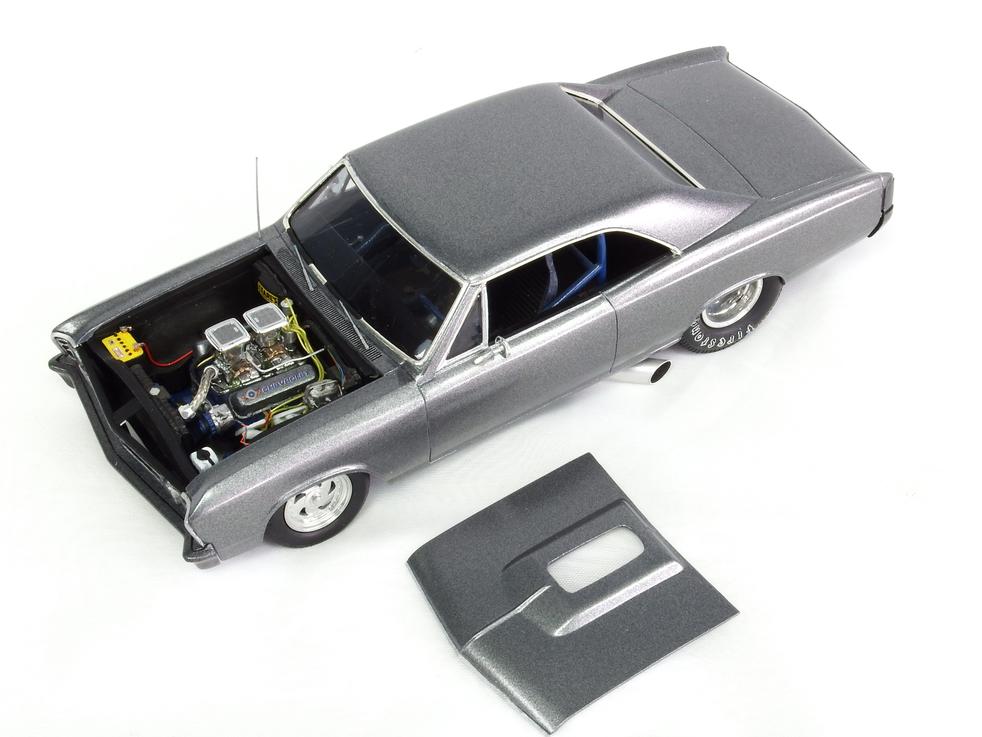 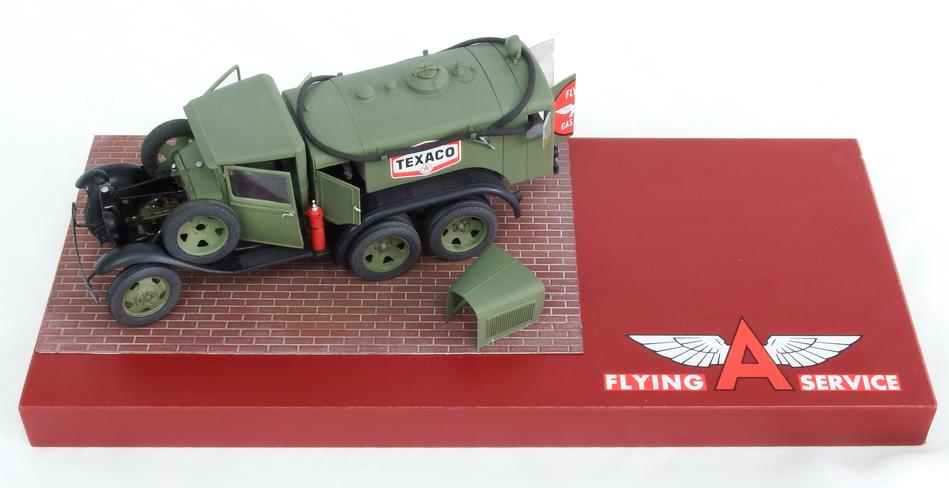 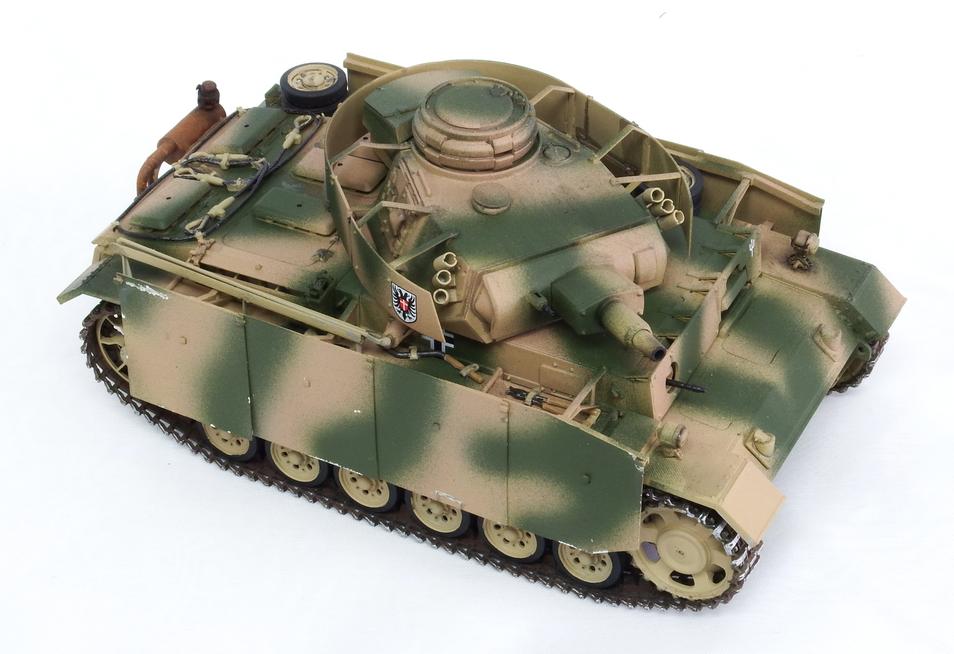 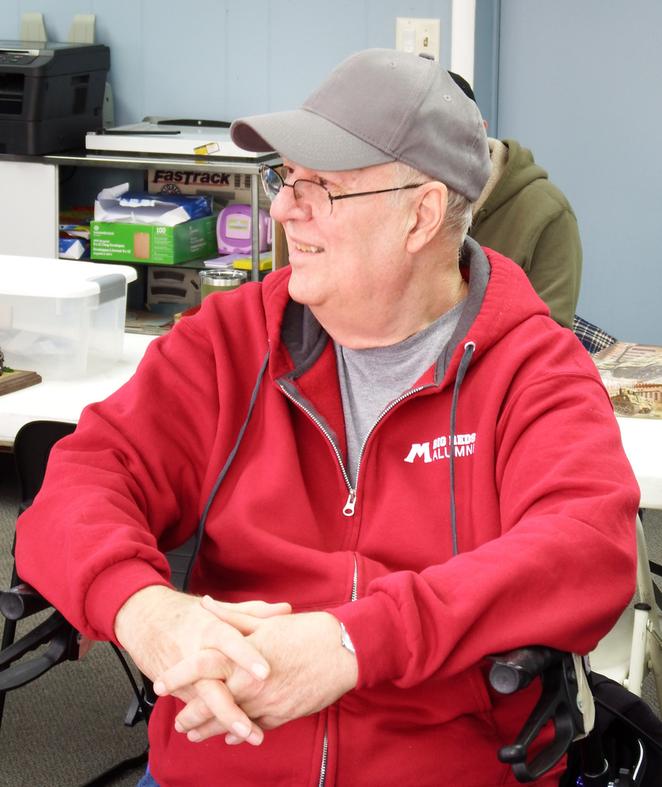 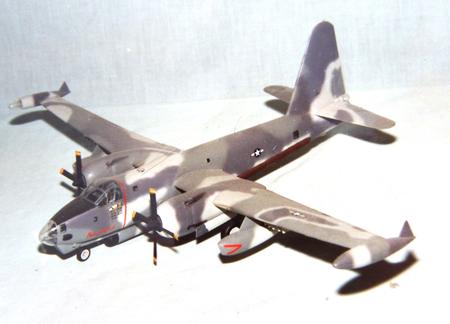 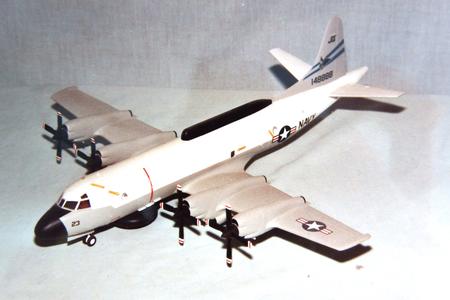 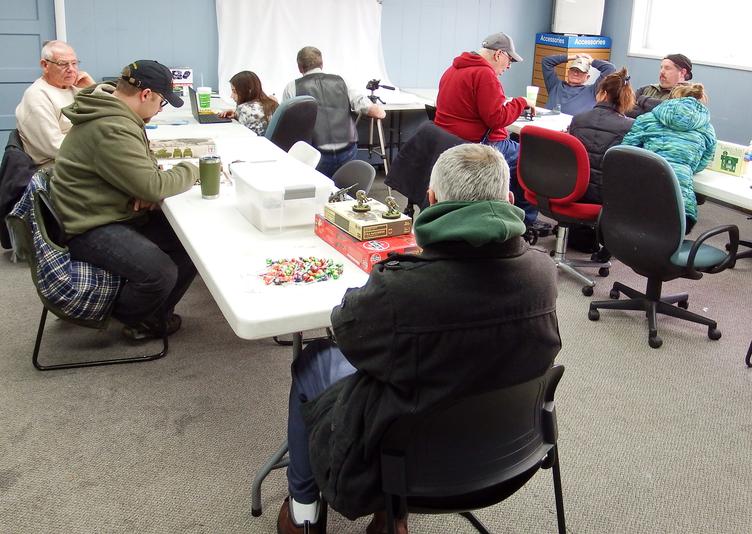