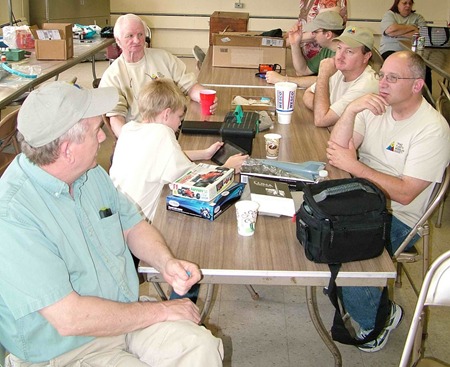 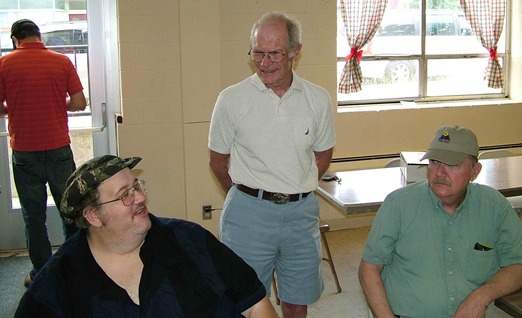 We’ll wrap up with three action shots.  We had a good time and it is always fun hanging with the TRIAD’s and the other club members. 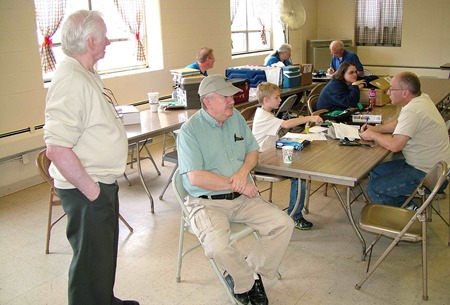 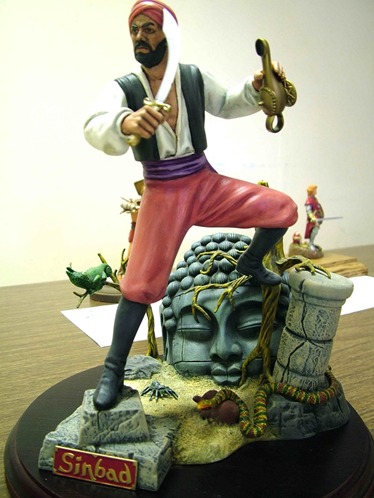 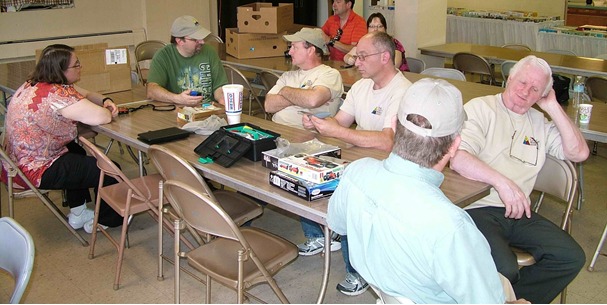 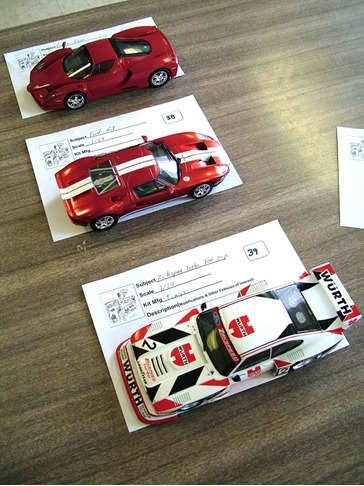 Darrin Watts showed up again this year…but he brought models this time!  Here are the three car models he showed off.  He didn’t win, but I will tell you they are beautiful.  His paint finishes are far better than most.  In the second shot, that is Darrin sitting across from his patient and loving wife. 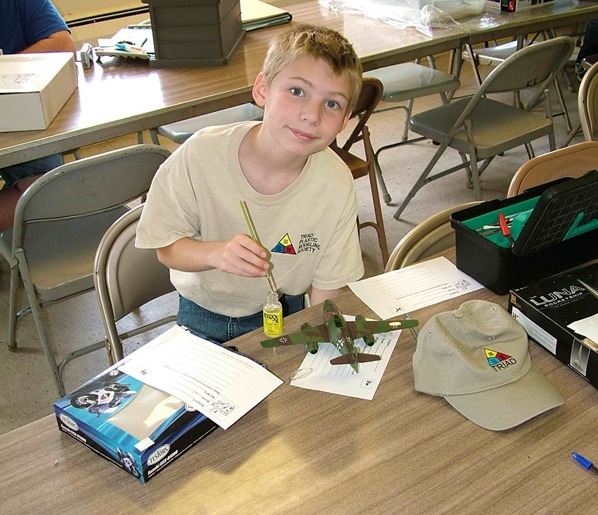 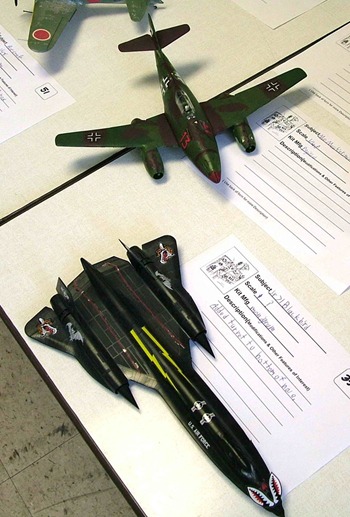 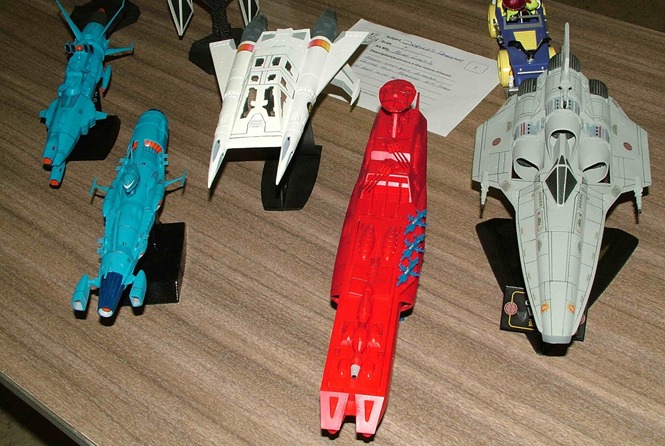 I think the front four models belong to Mark Beck and in the second photo we have Caleb’s Me262 and an SR71.  Yup, that’s Caleb in the third shot. 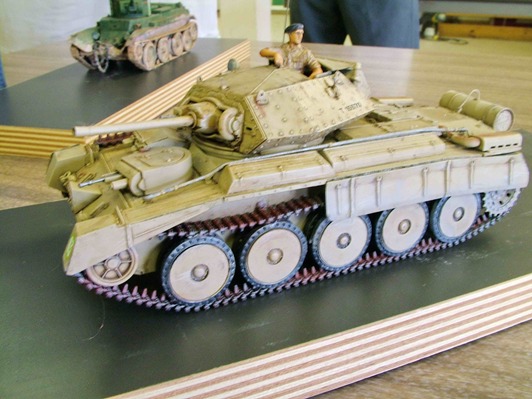 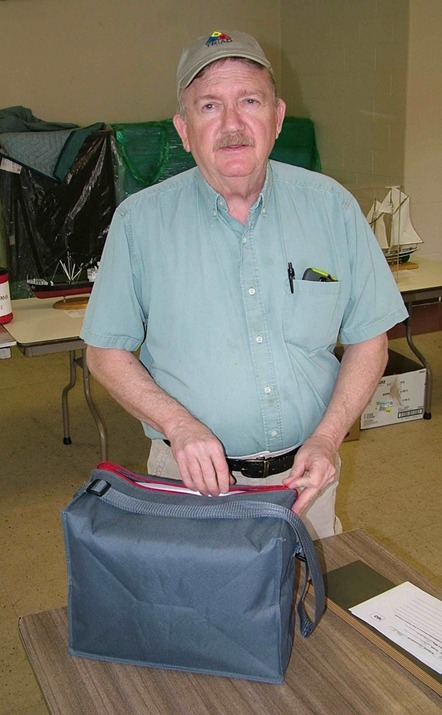 Here’s good guy Jerry Bridenstein followed by his one of his armor models.  Yikes…bad model photo!  For ONCE, Jerry looks better than his model!!  ;-) 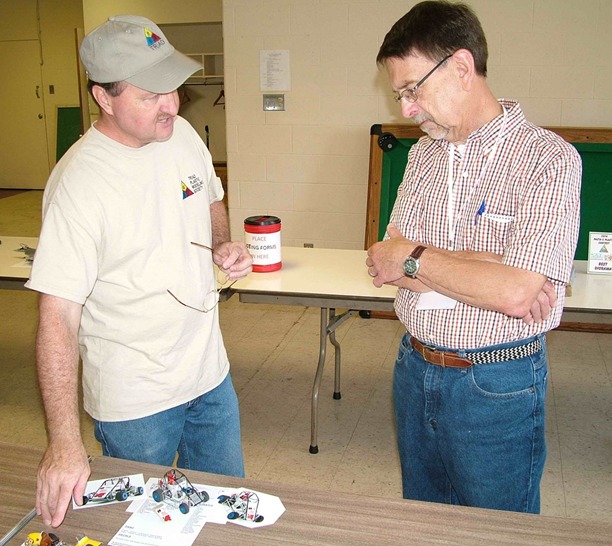 Here is a photo of winners JR and Michael comparing notes. 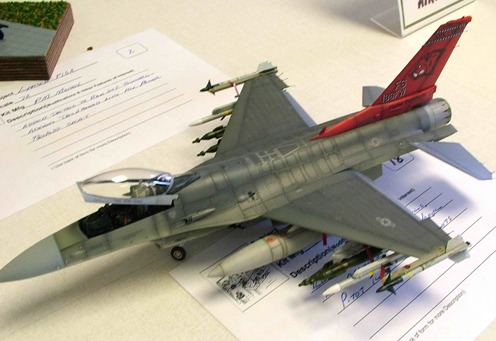 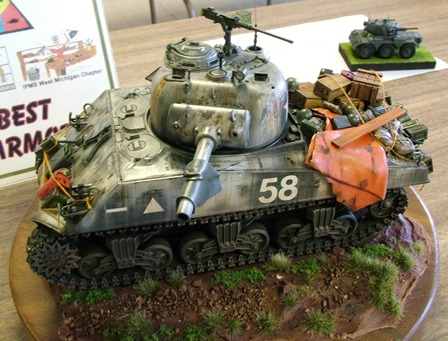 Here is Michael Novasad’s winning Sherman in the armor category followed by his winning F-16 in the aircraft category.  He used to be a TRIAD member so I think we should get partial credit!! 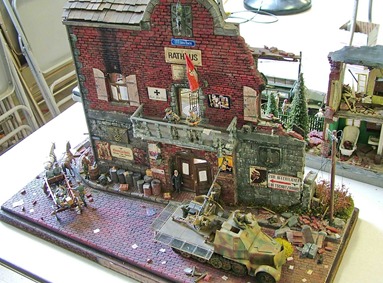 Here is the losing diorama…followed by two awesome dioramas…one of which won…not sure which one.  They both have interiors. 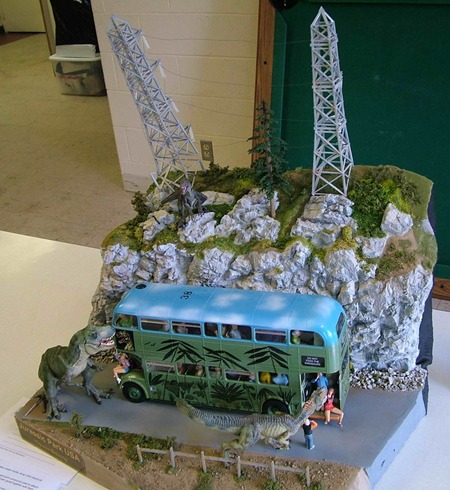 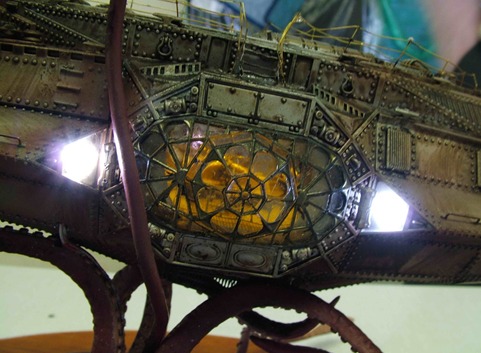 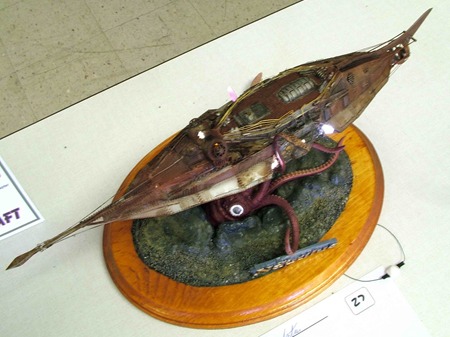 Here are a bunch of photos in no particular order.  Again, I apologize for the poor quality of many of the photos…e.g. as the next two.  Here is the winner in the watercraft category…the new Nautilus with lighting. 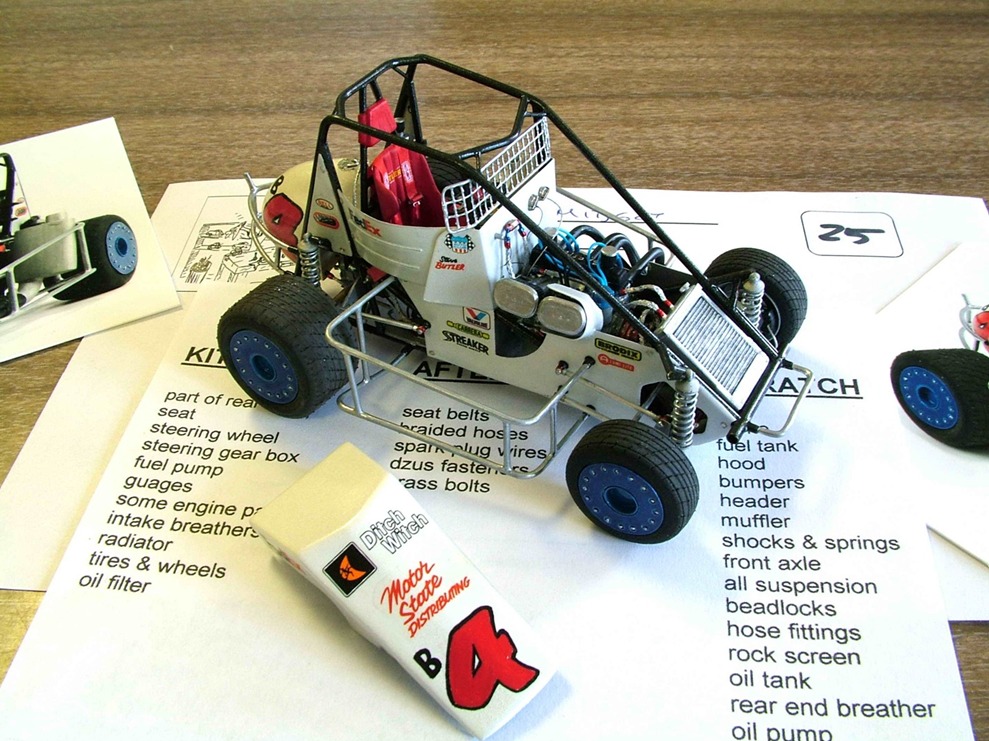