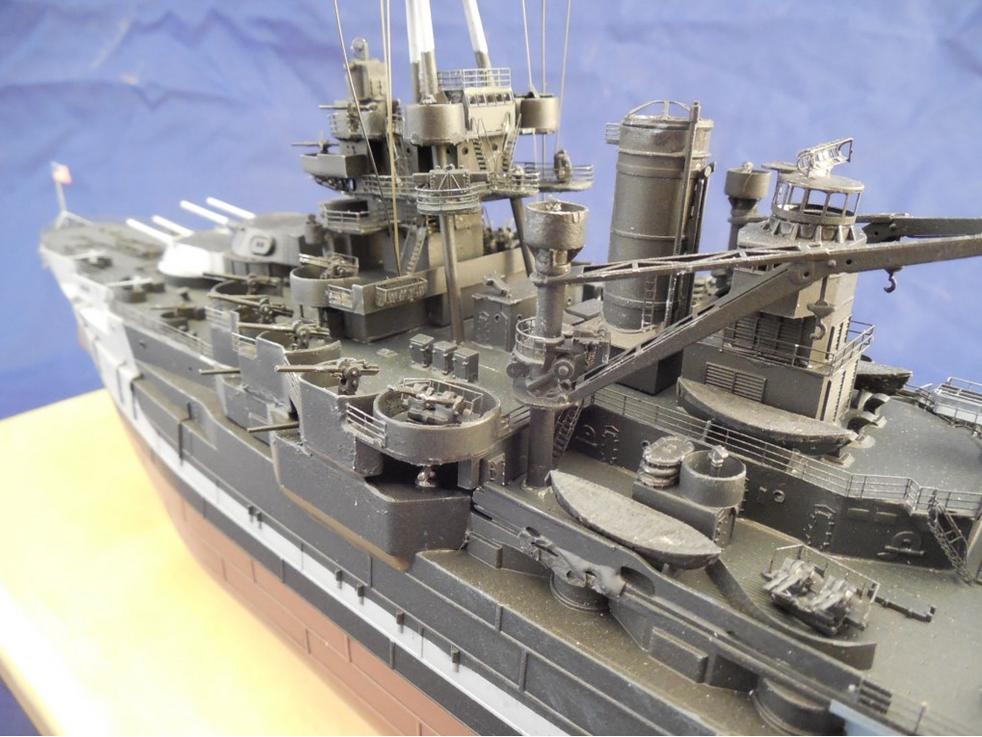 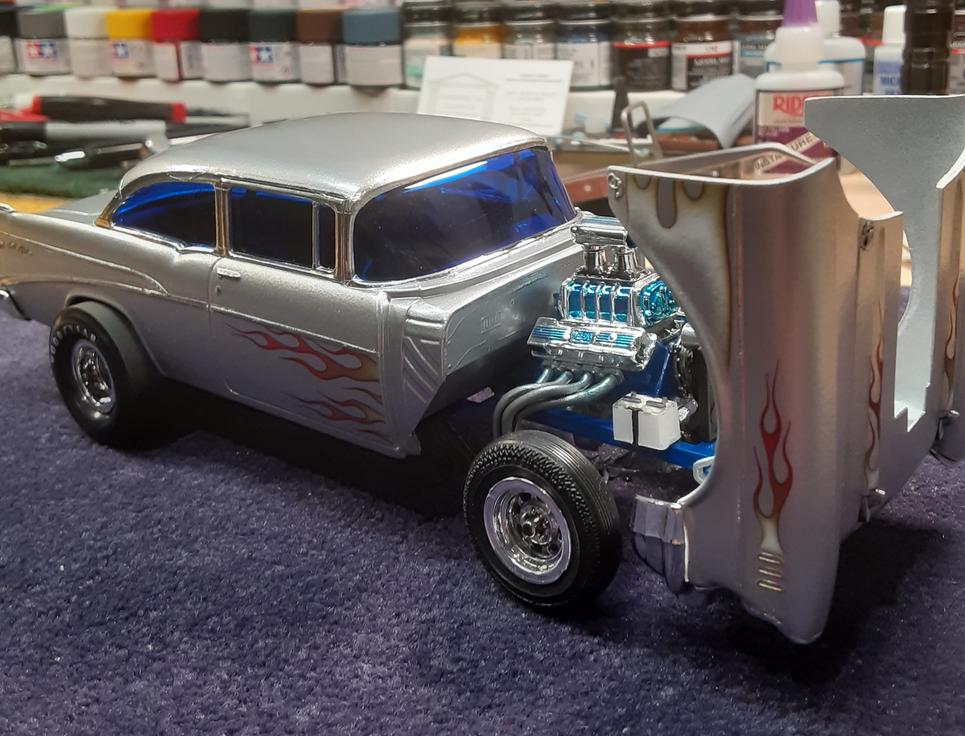 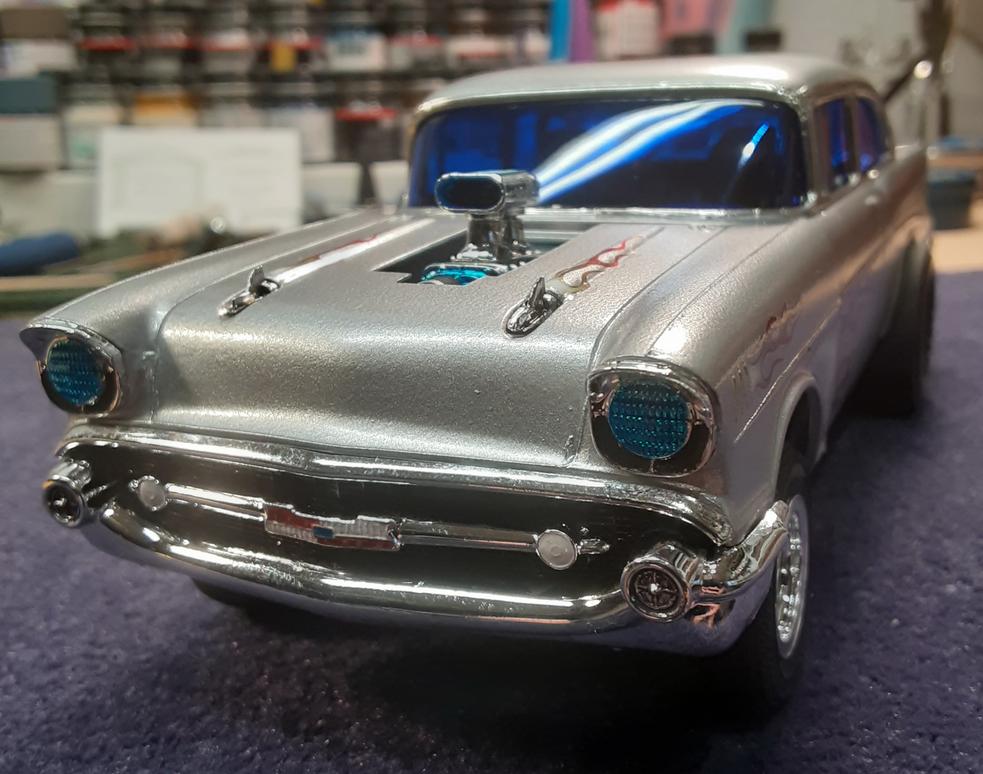 We have fabulous models from three members this week.  We’ll kick off with Keith Lemke.  Yes, he has been a busy boy!  And yes, you saw some of these photos last week but now we have a description.  Take it away Keith:

​This 32 / 33 Ford pro street roadster I had been working on for a year or so. It's a ZZ Top Monogram kit and I only used the body, roof and frame from the kit. Everything else is kitbashed, scratch build or aftermarket. Frame is lengthen, body is channeled over frame, the back is modified to fit narrowed rear end and larger tires. Kitbashed & scratch built interior. Its holding a blown big block Chevy plumbed and wired. Aftermarket wheels and some photo etched parts.

This 39 Chevy is a AMT kit. Really nice detail and fairly quick build. Just a box stock build. All these builds are shot with spray can Dupli-color lacquer and wet look clear by Testors. 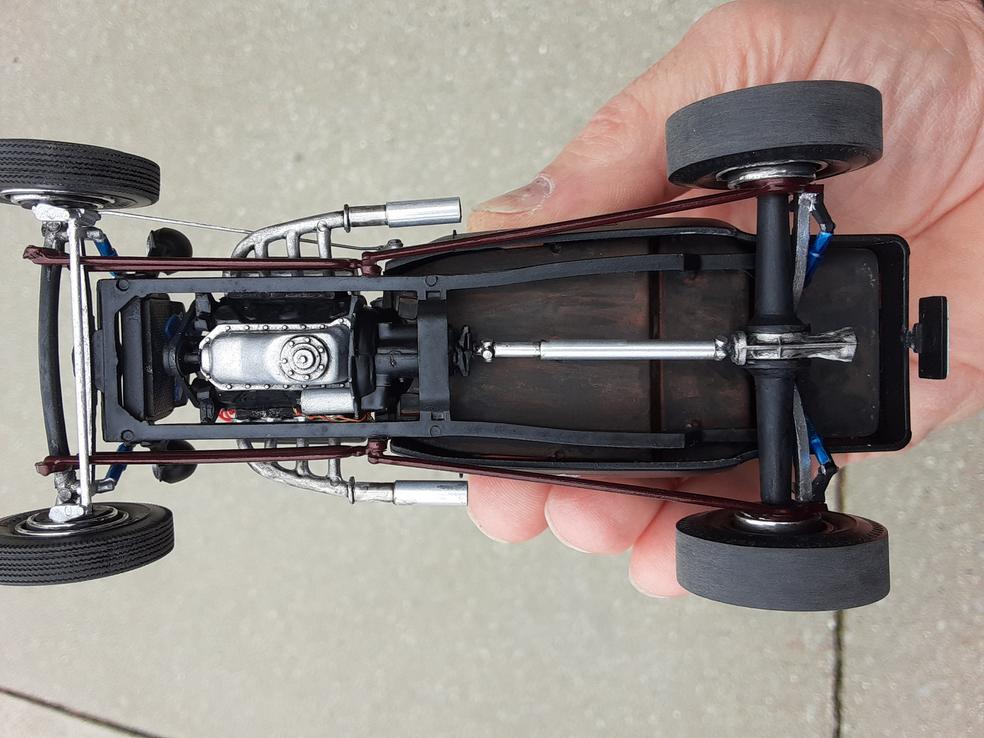 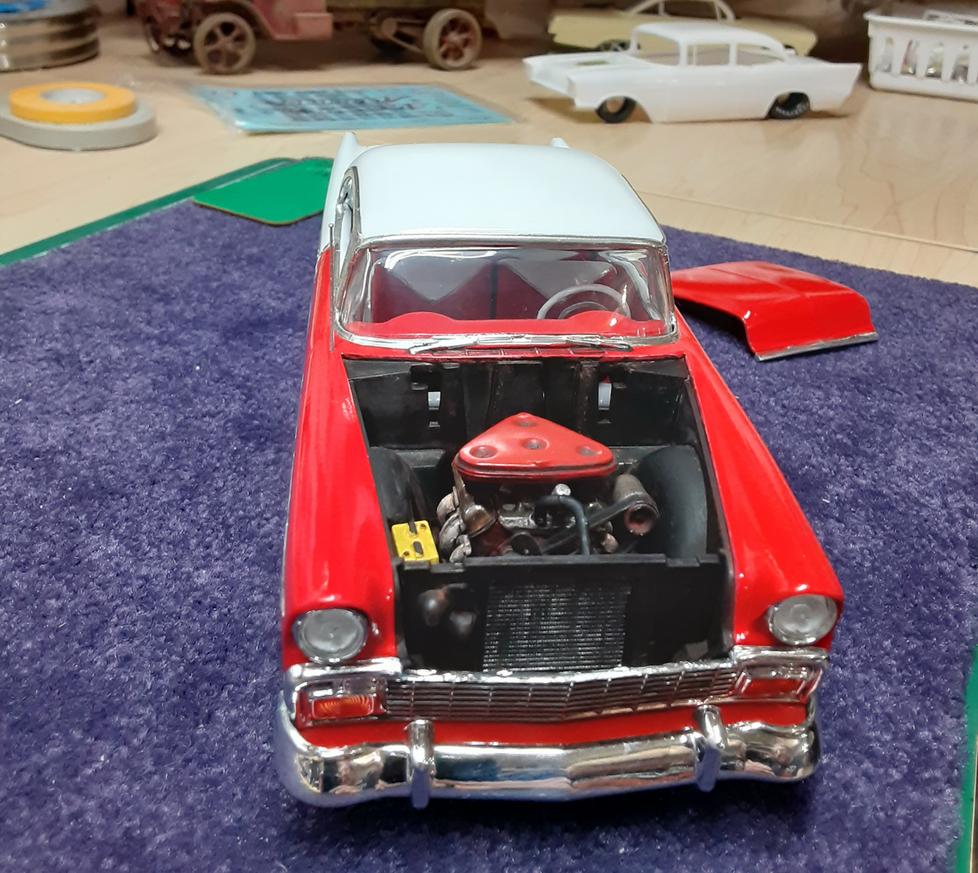 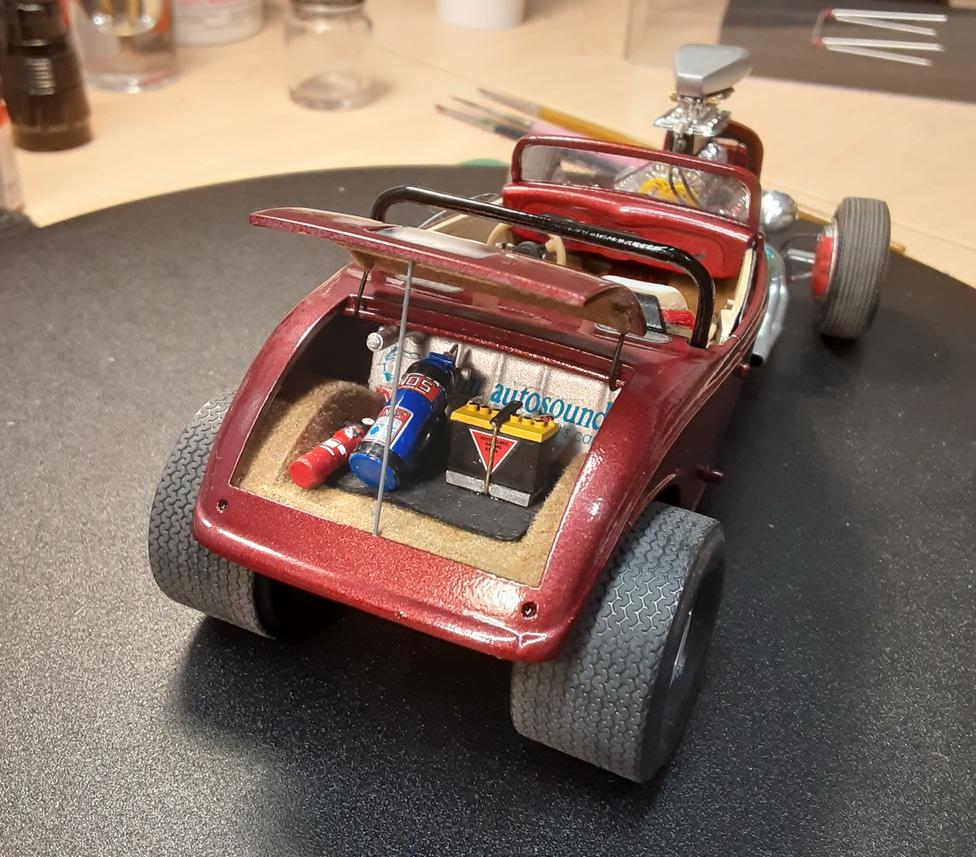 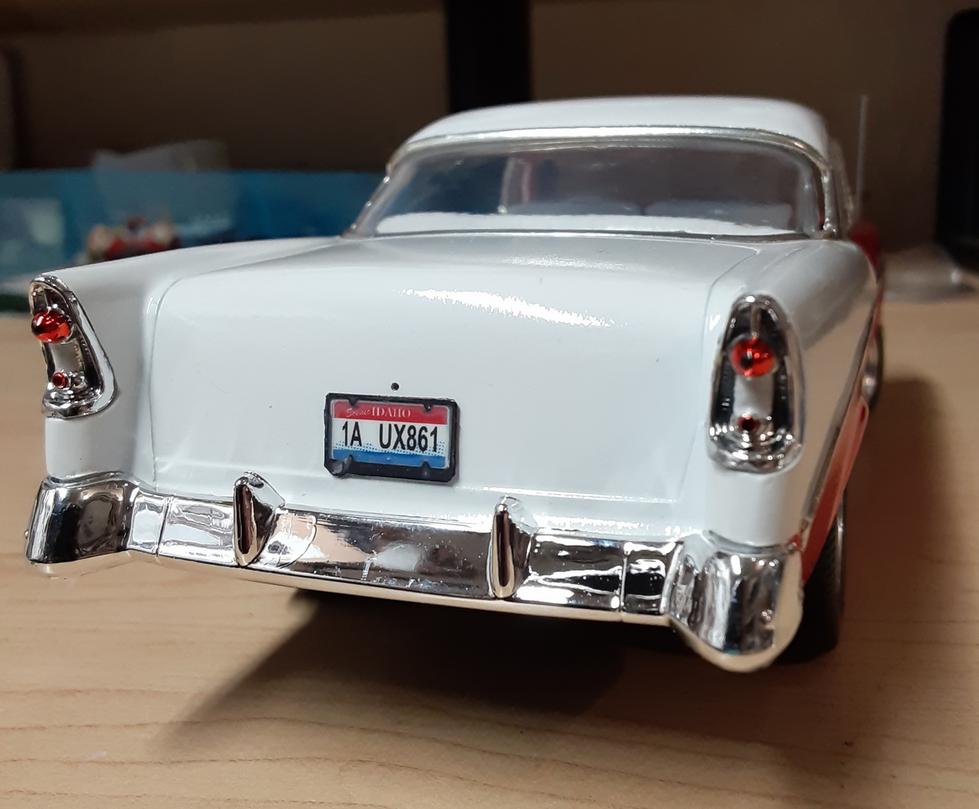 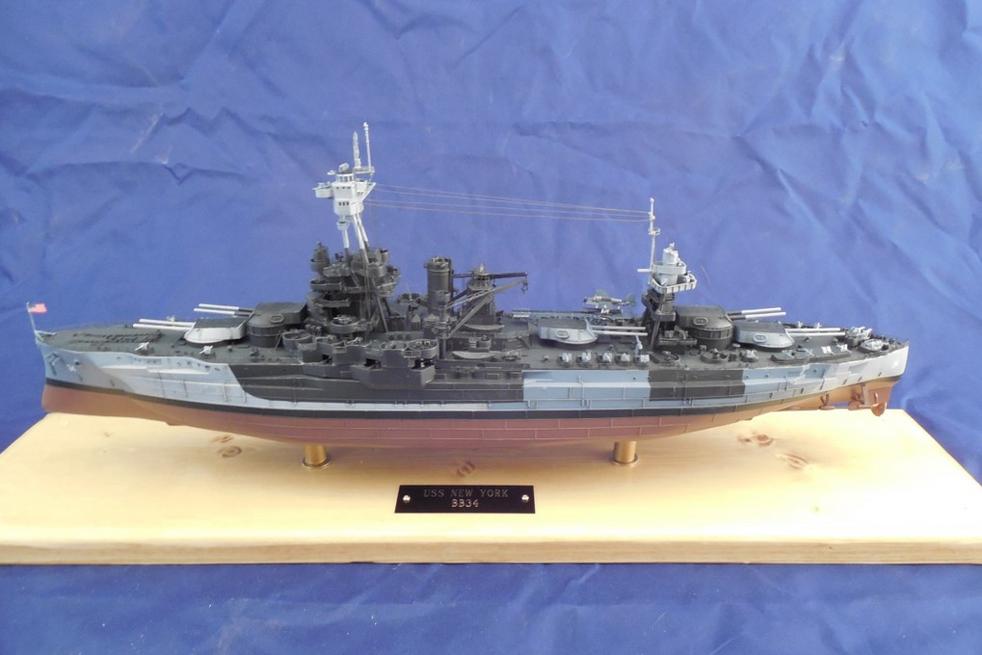 Mark Jahsan: My latest ship is the USS New York, BB34. Originally authorized in 1910, she’s shown here at the end of her career, where she and her sisters shelled Iwo Jima and Okinawa before the invasions.
It’s interesting to me in that she encompasses the trajectory of the battleship era. There was an arms race at the time, the New Yorks were the first with 14” guns. The Colorado class, last of the “old” battleships, were authorized only six years later with 16” guns. There were plans for newer, larger guns, but the London and Washington treaties put a halt to naval building for at least a decade.
Originally built as a coal burner, with two stacks, cage masts, and a total small gun armament of four fifty caliber machine guns and one twenty millimeter cannon, as they called it. All the old battleships were rebuilt several times during their career. In her WWII configuration, there were 16 5”, eight quad 40 mms, and 42 20mms.
This is the 1/350 Trumpeter kit out of the box, which also included four sheets of photo etch, which you can see all over the ship. It’s really a necessity, and adds so much.
This is another commission build. Mike didn’t ask for it, but I put too much work into it NOT to make a case for it. Good thing he liked it! 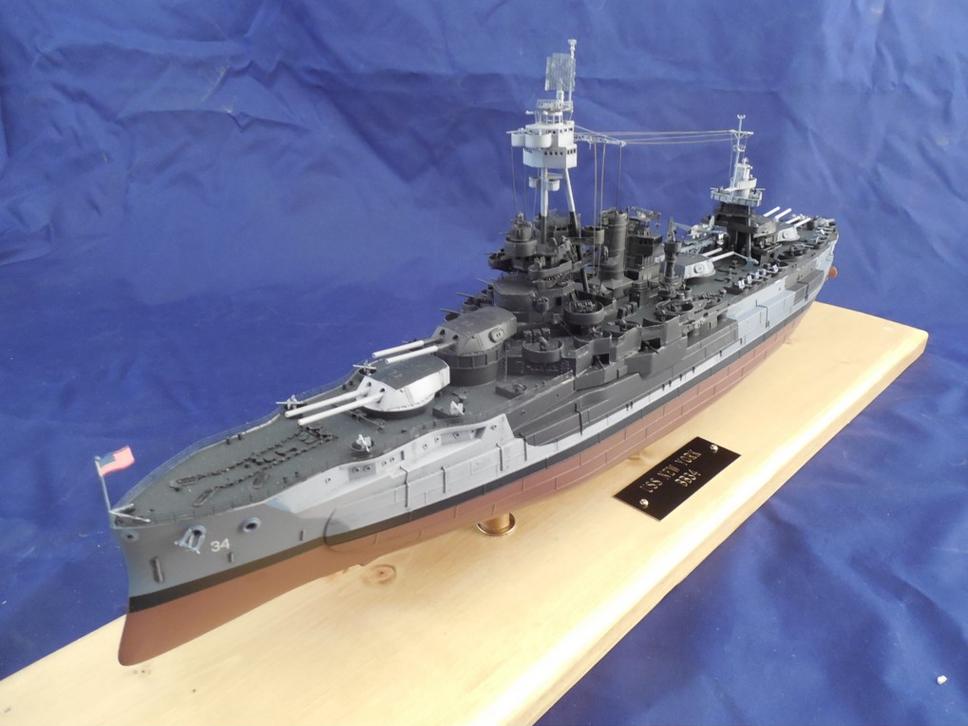 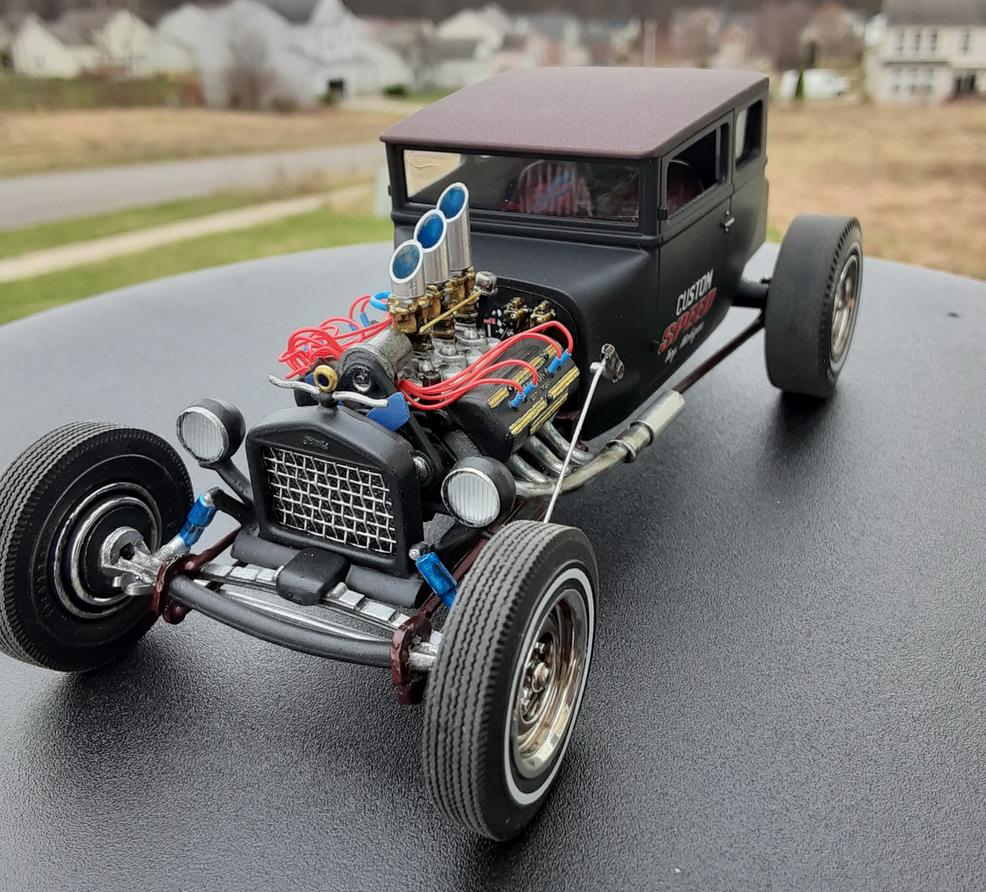 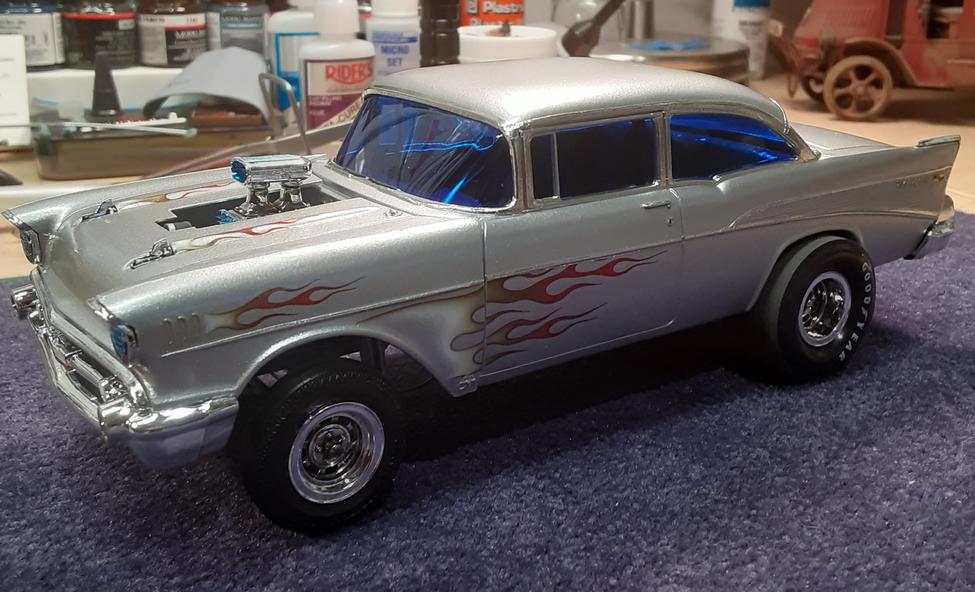 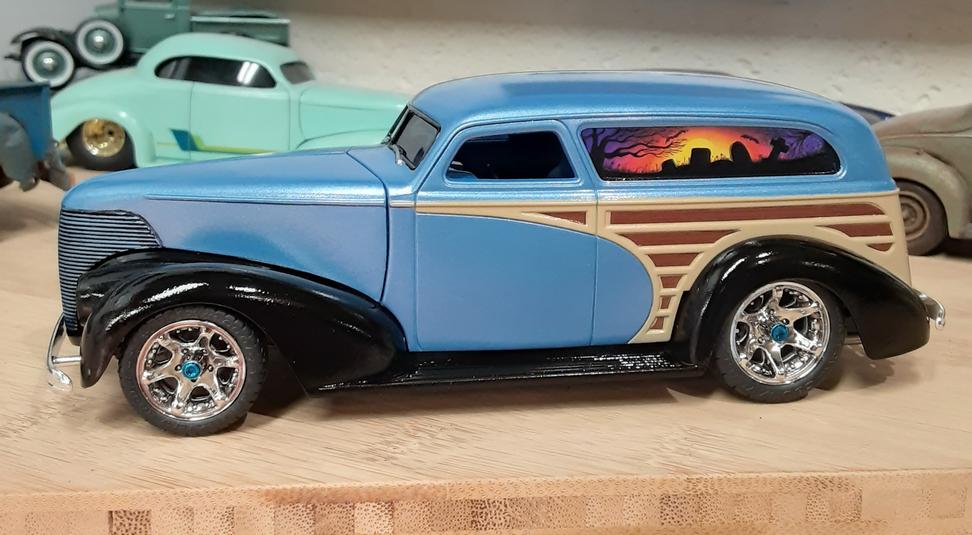 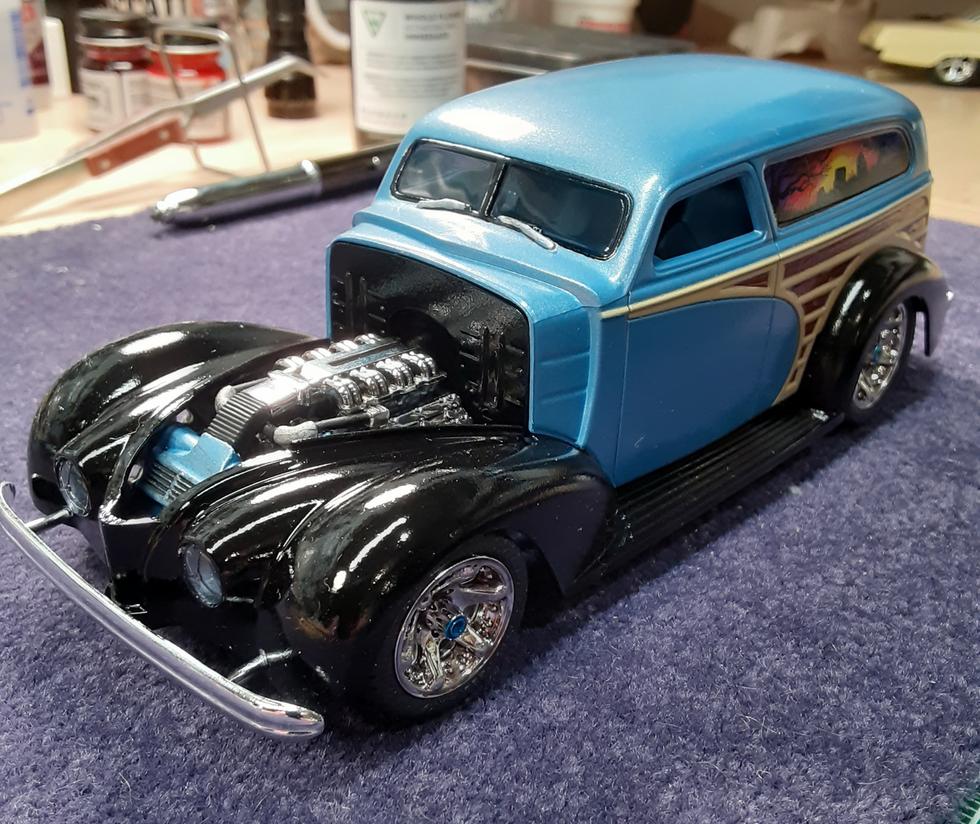 Well, that’s it for this week.  You can look forward to Keith’s 54 Bel Air next week.
Keep those photos and descriptions coming…and stay safe! 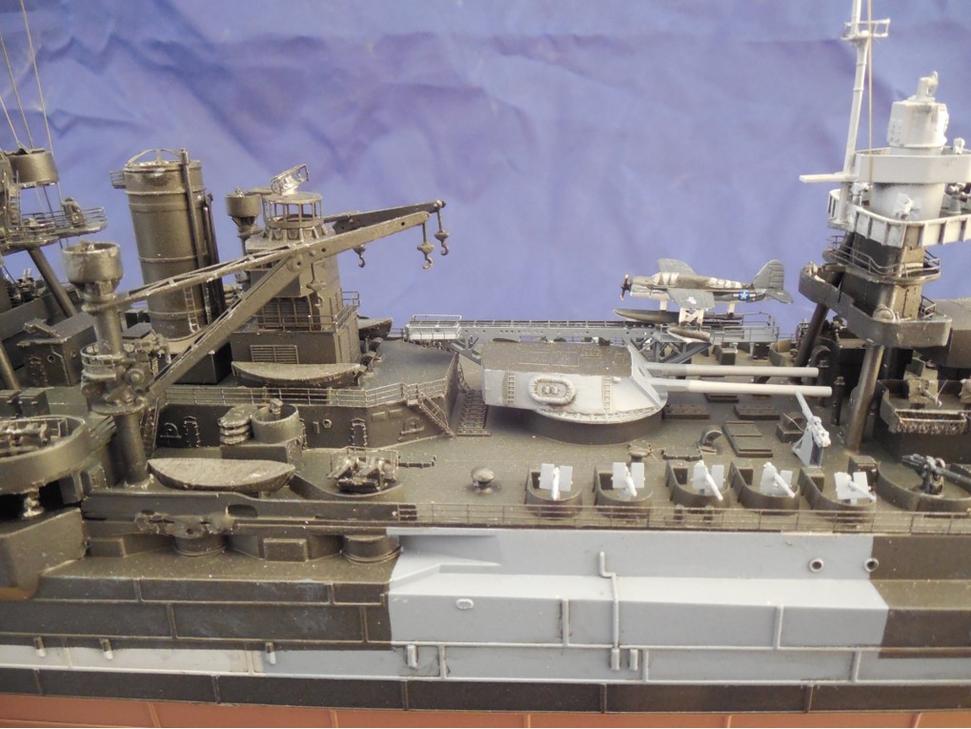 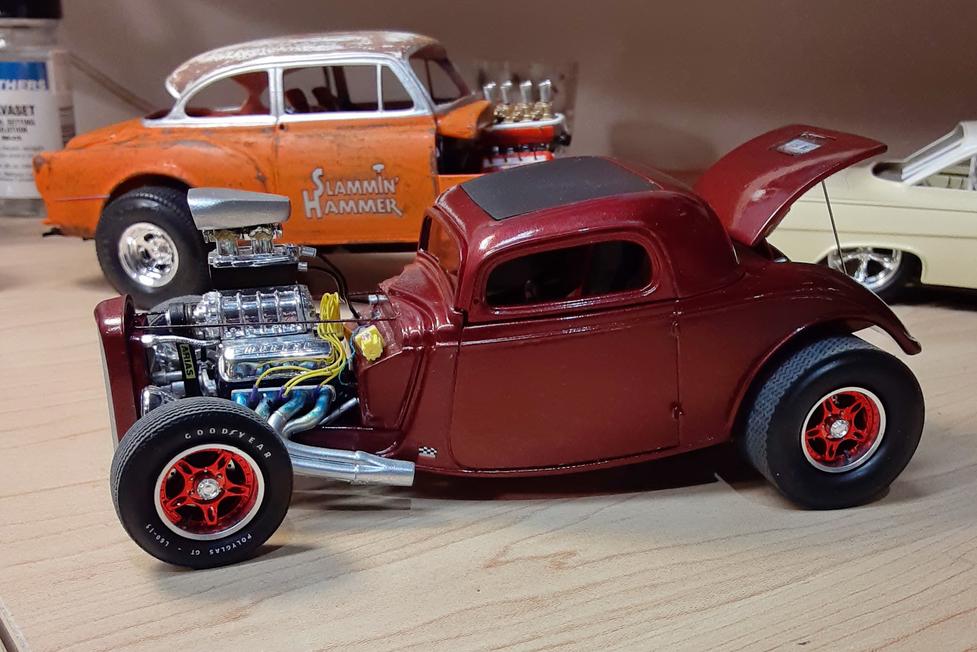 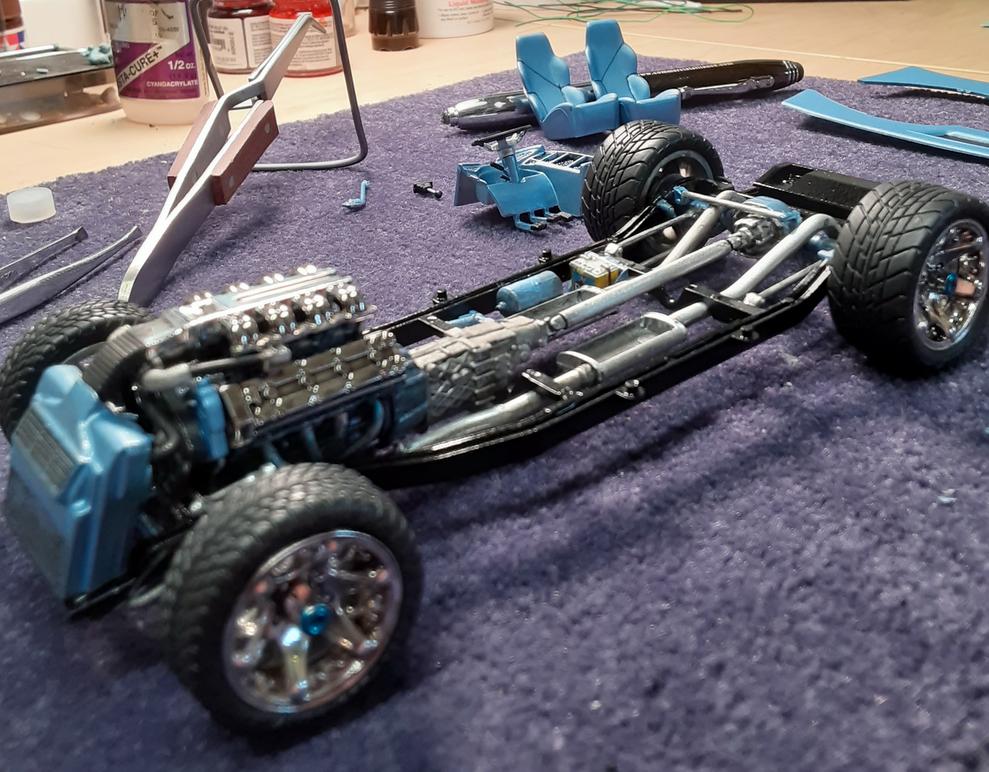 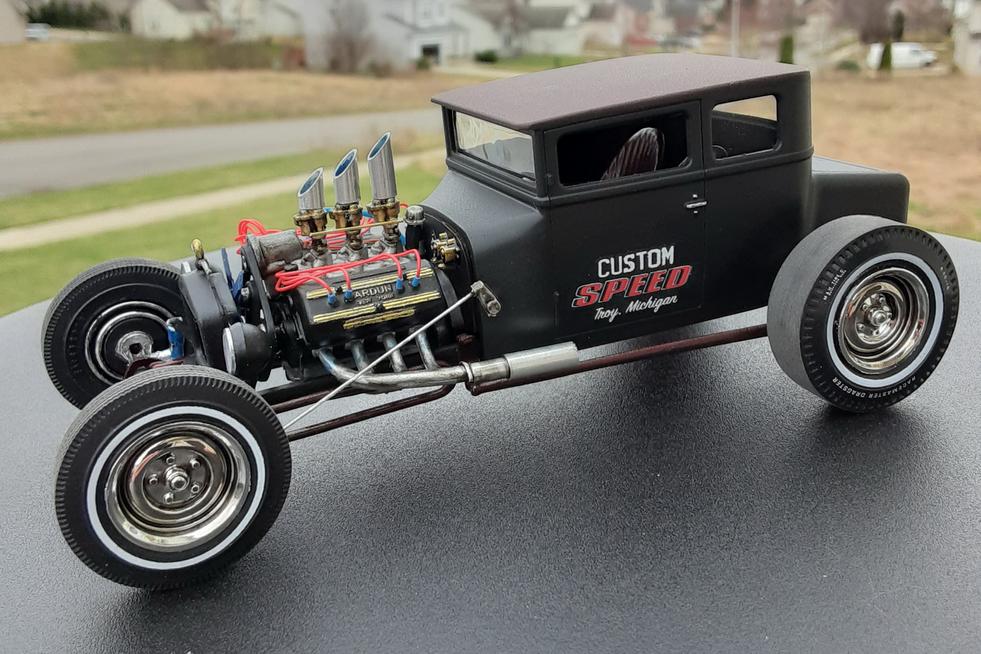 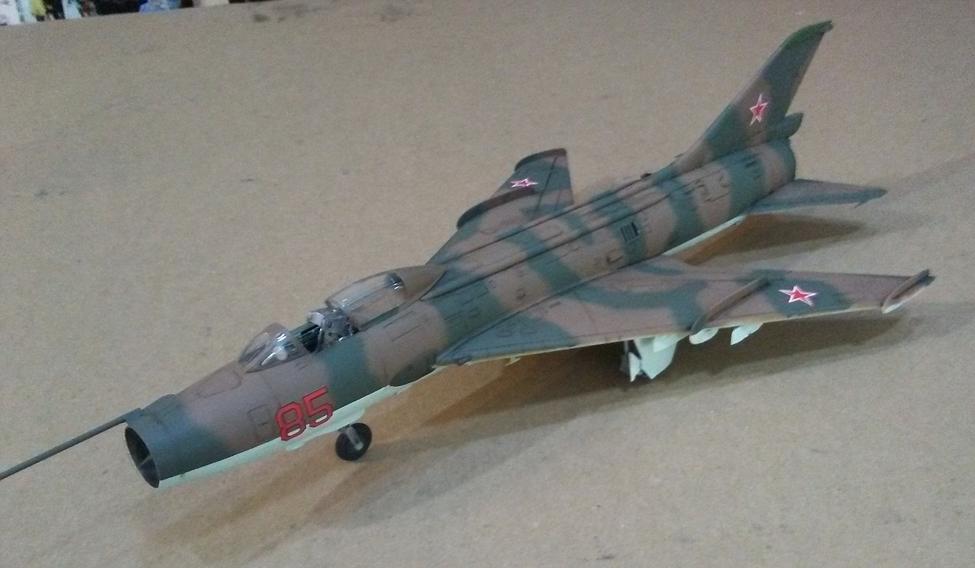 This cool little 1925 Ford Model T hot rod is a AMT kit. Built from box I de-chromed everything except the wheels. Painted flat black and cover with dull coat. Wired and plumbed the big Ford flathead. Added mesh in the grill and aluminum stakes for the carburetors. 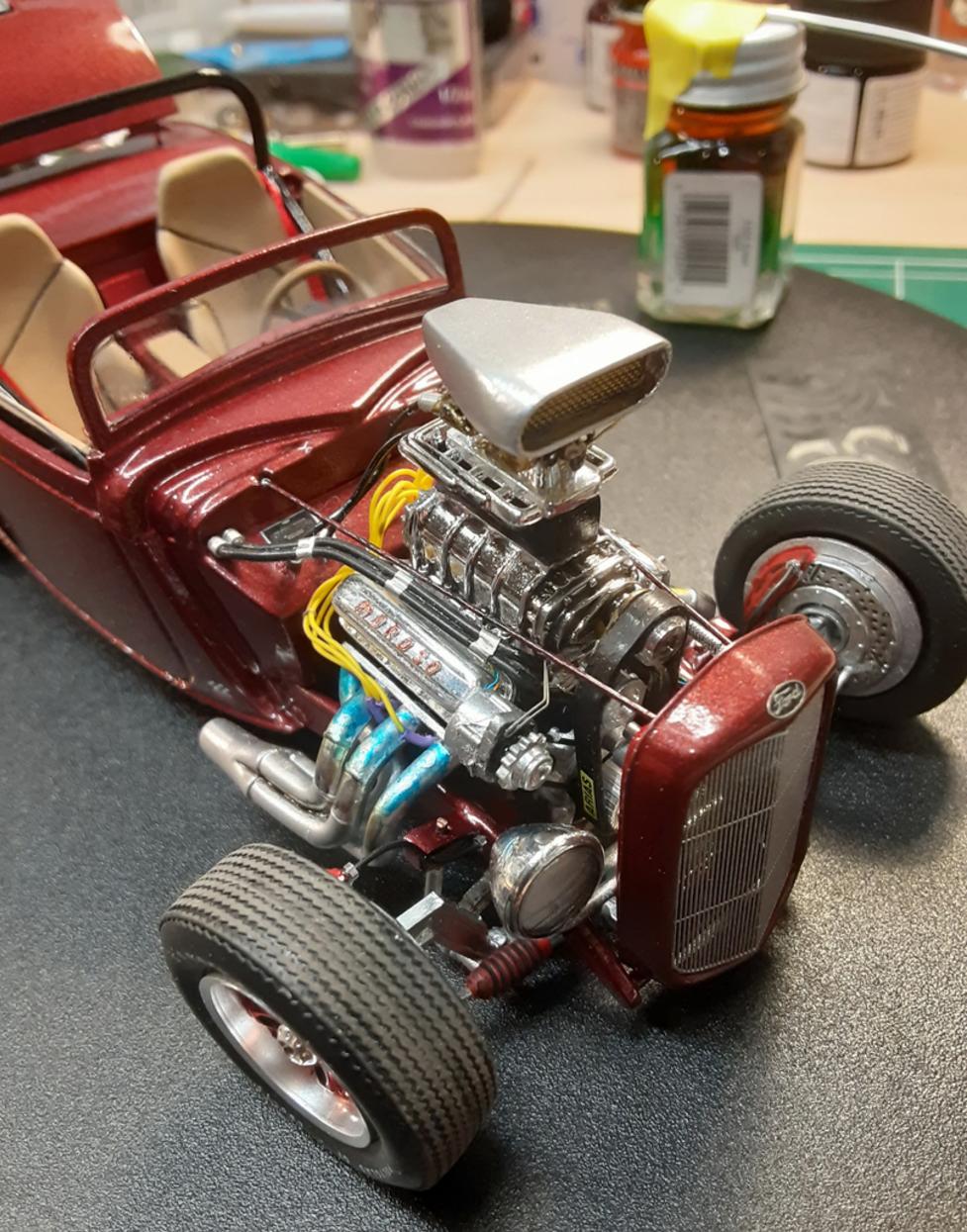 This 57 Chevy is a MPC gasser kit. I painted it silver just to add variety to my collection. Not the best choice for this car but here it is. Built box stock and not much to this kit, very little parts. And the last from this set. Working on a 57 and 62 right now. Stay well and hopefully get to see you soon.

The 56 is a Monogram kit and build during the hot rod T. I usually build a couple at once and bounce back N forth between glue and paint drying. It's also built box stock with the exception of wheels and tires. Dupli-color white & red with bare metal foil wraps this one up. 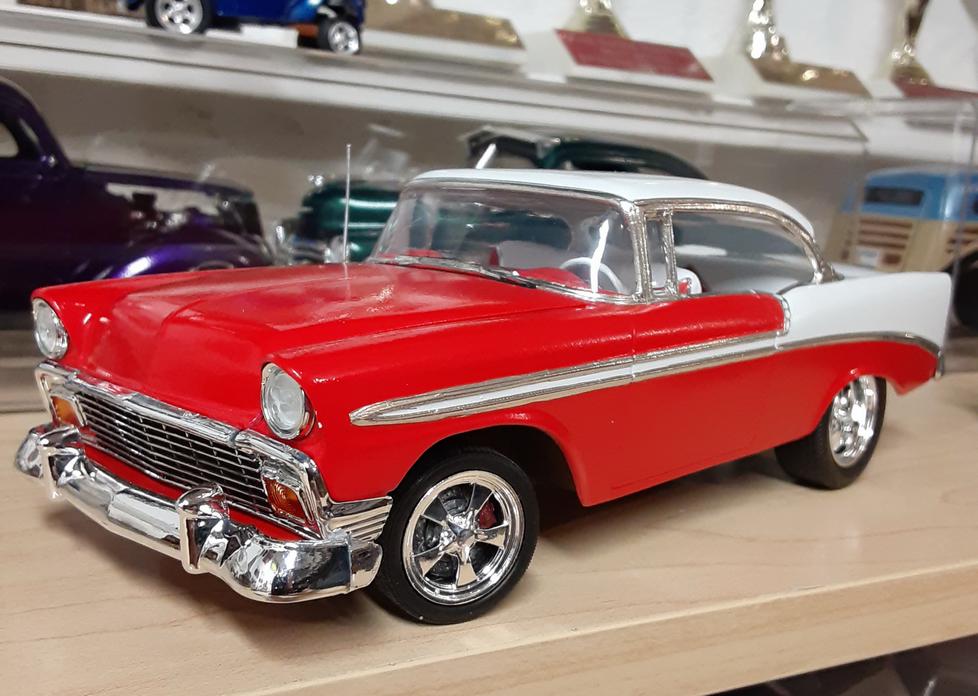