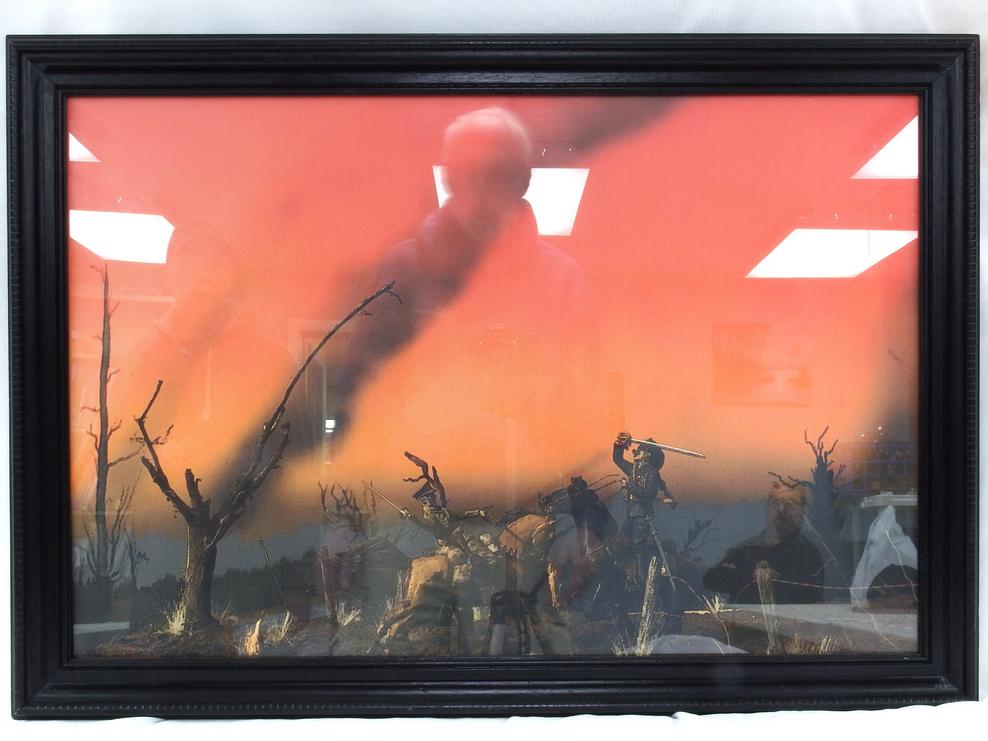 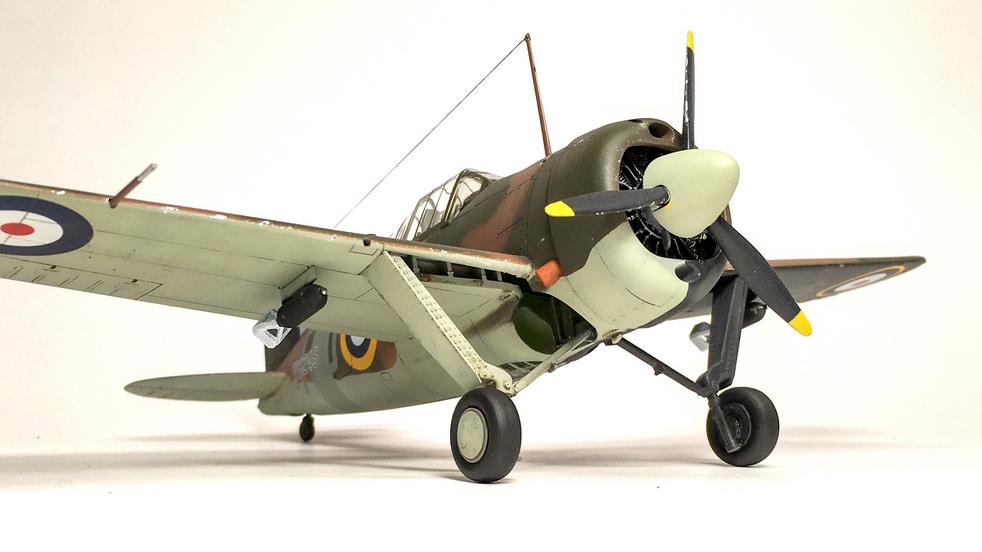 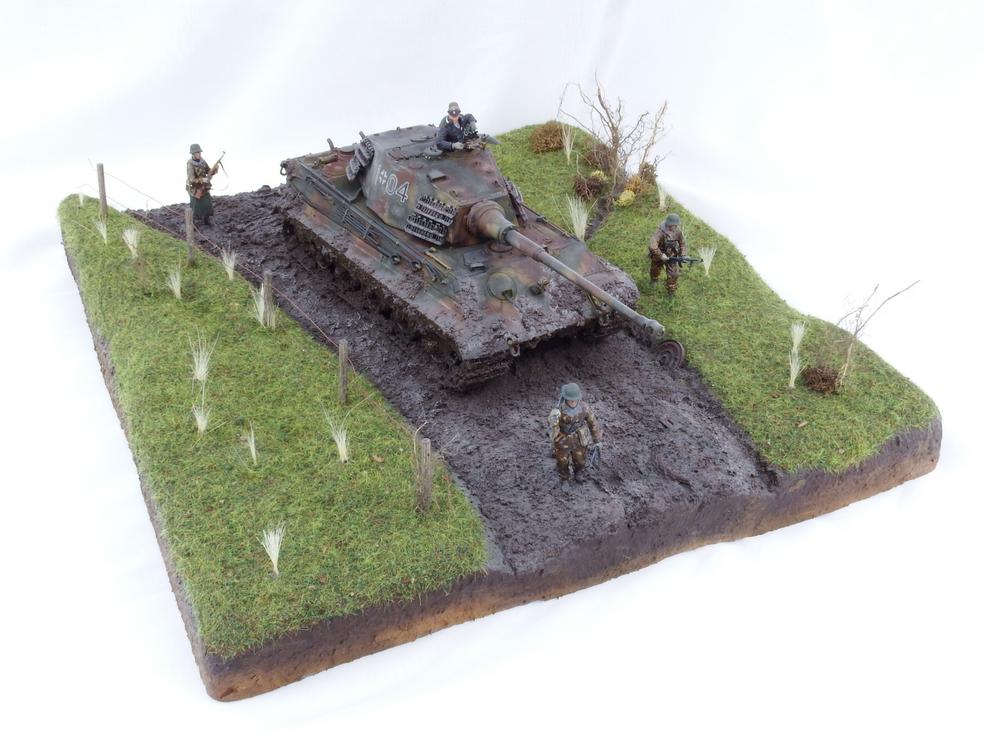 ​Here's a shot of some of the guys...new guy Mike is on the far left. 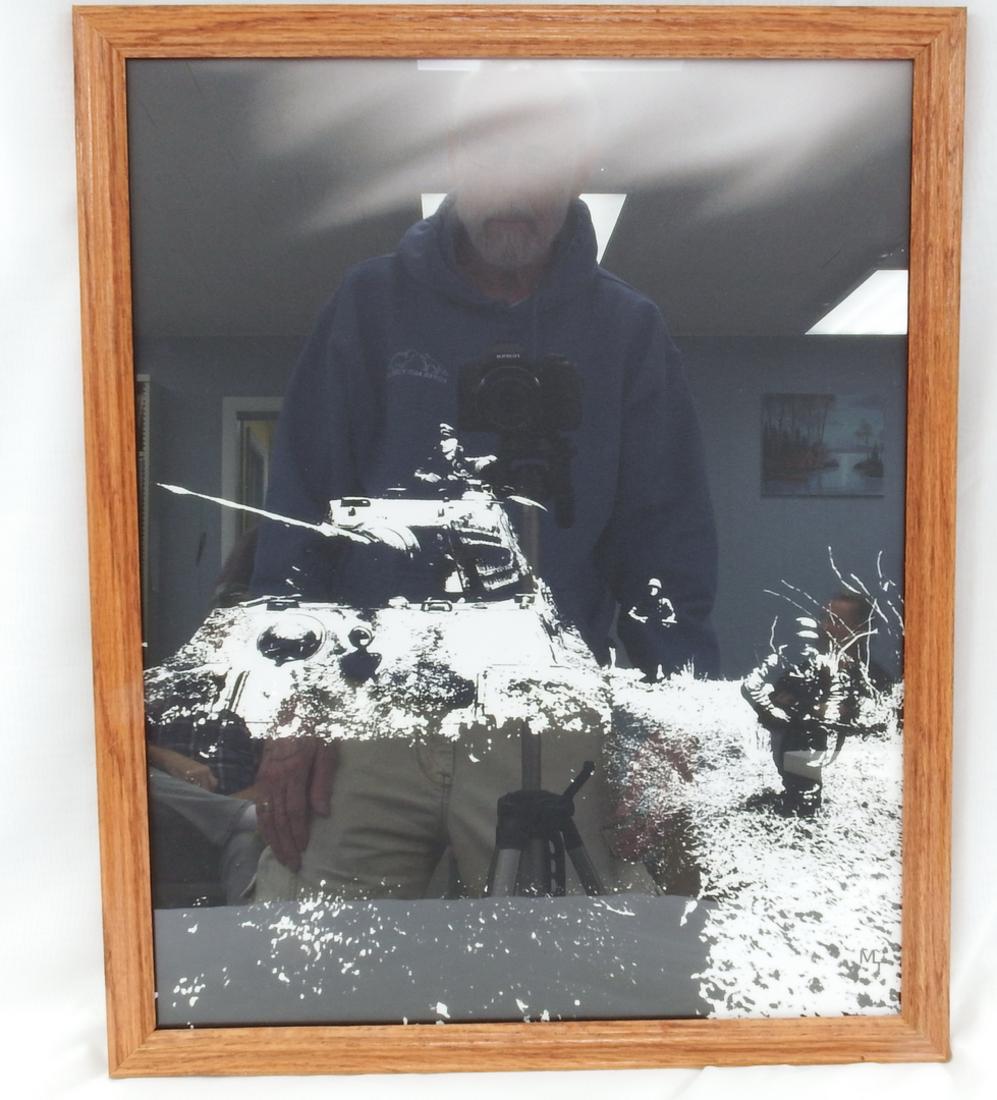 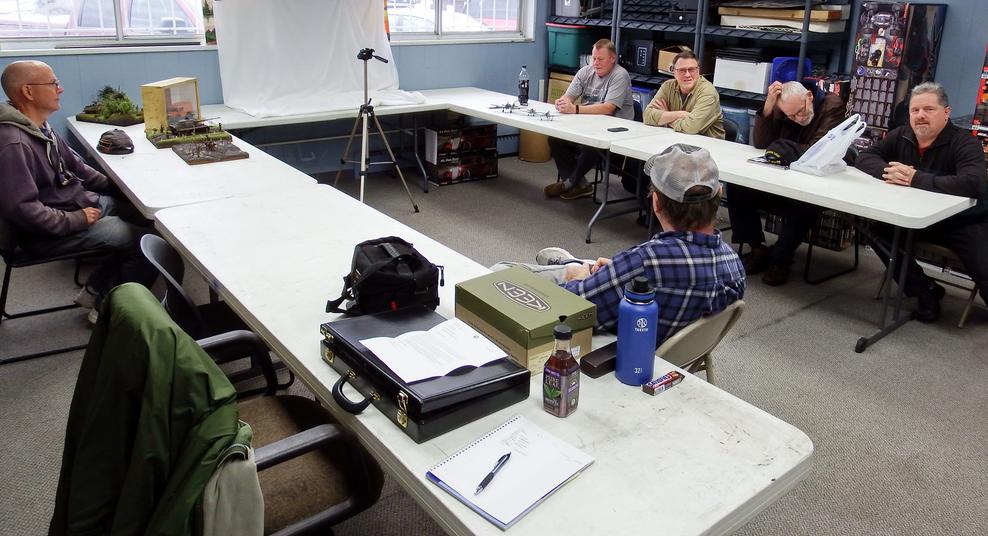 ​Here is his WWII Tiger tank and soldiers on a muddy road.  His fences are scratchbuilt.  Tank was either a Tamiya or Dragon.  Master Box figures.  His figure painting is OUTSTANDING!​

​New guy Michael Teerman brought in three dioramas and several framed photos.  All are built on blue extruded insulation foam.  The first depicts two WWI figures in a battle to the death!  The mud is acrylic paint with sand.  Acrylic gloss medium made it look like wet mud!​ 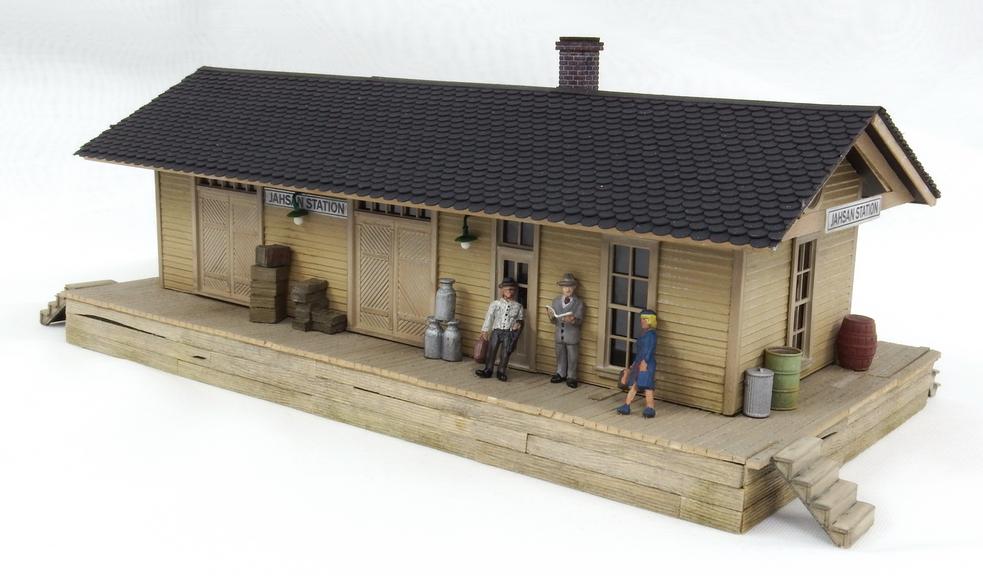 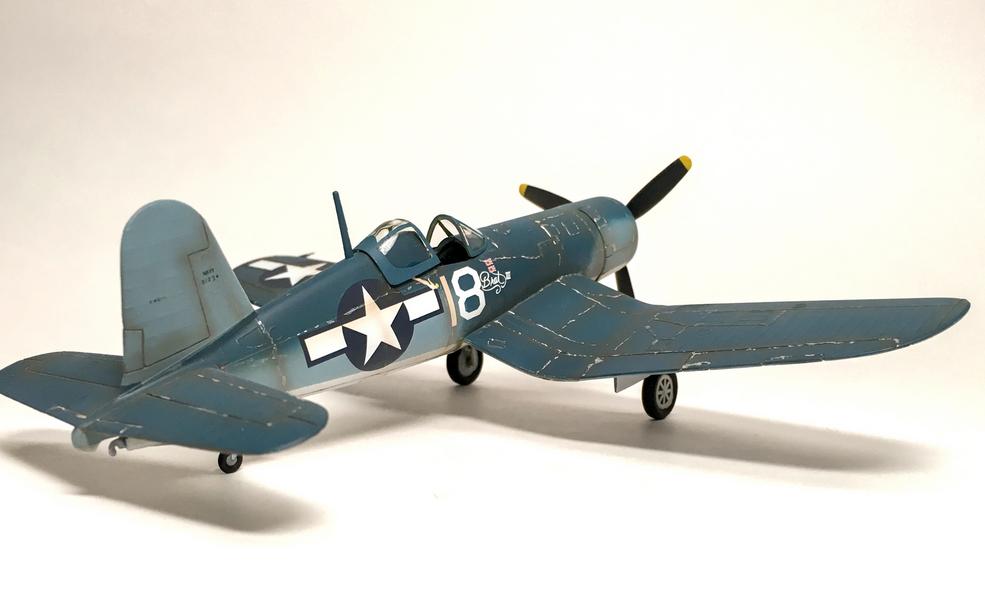 ​His photo was taken in front of a painted backdrop.  The photo was modified using G.I.M.P. software (must check that out!)  What I like is the reflection of the really good-looking guy! 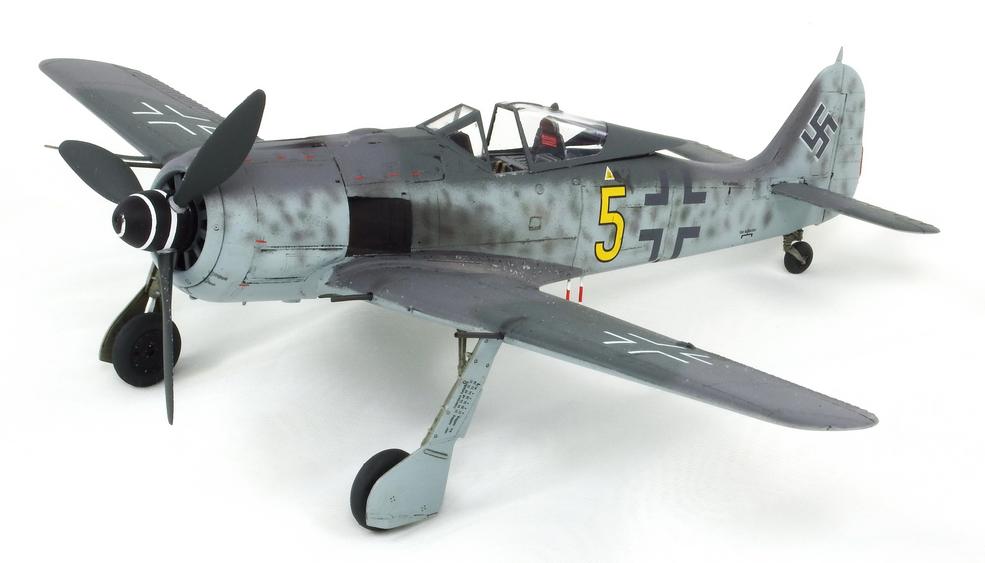 Here is his Hasegawa Fw-190A-5 also painted with Gunze Mr. Color.  He included Ultracast resin seat and decals by Aeromaster, Kits World, and Cutting Edge.  Weathering by Ammo by Mig washes and pastels.  Model represents aircraft flown by Otto Kittel in Feb 1945.  He was the 4th highest ranked ace with 267 kills.

​#3 is Doug’s Bf-109G-6.  Mr. Color used again and decals were from Aeromaster.  It has a resin cockpit from MDK, the prop is from Fusion, Eduard supplied the canopy, and the wheels were from Academy.  Represents the plane flown by Gerhard Barkhorn August 1944 and he was the second highest scoring Ace of the war with 302 kills. 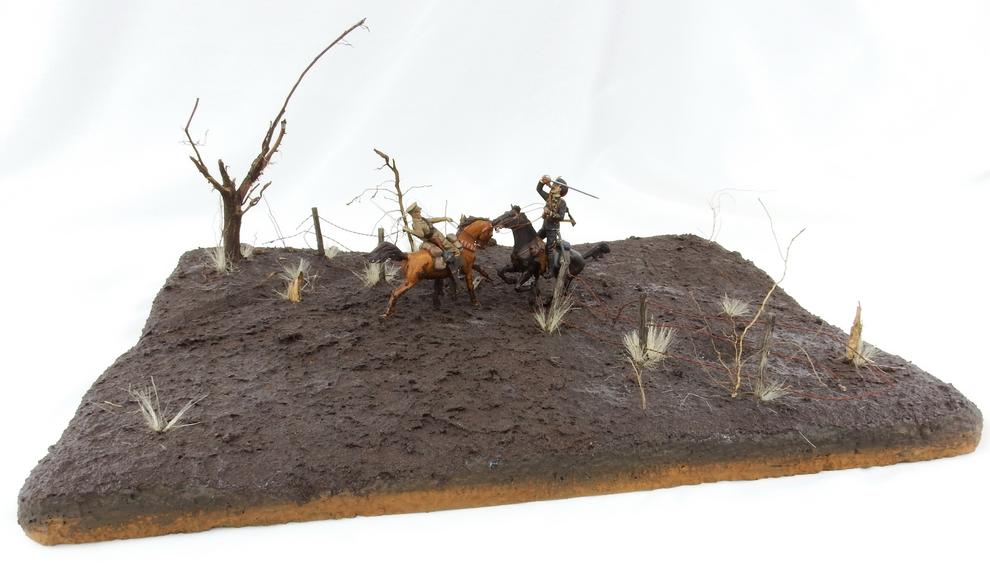 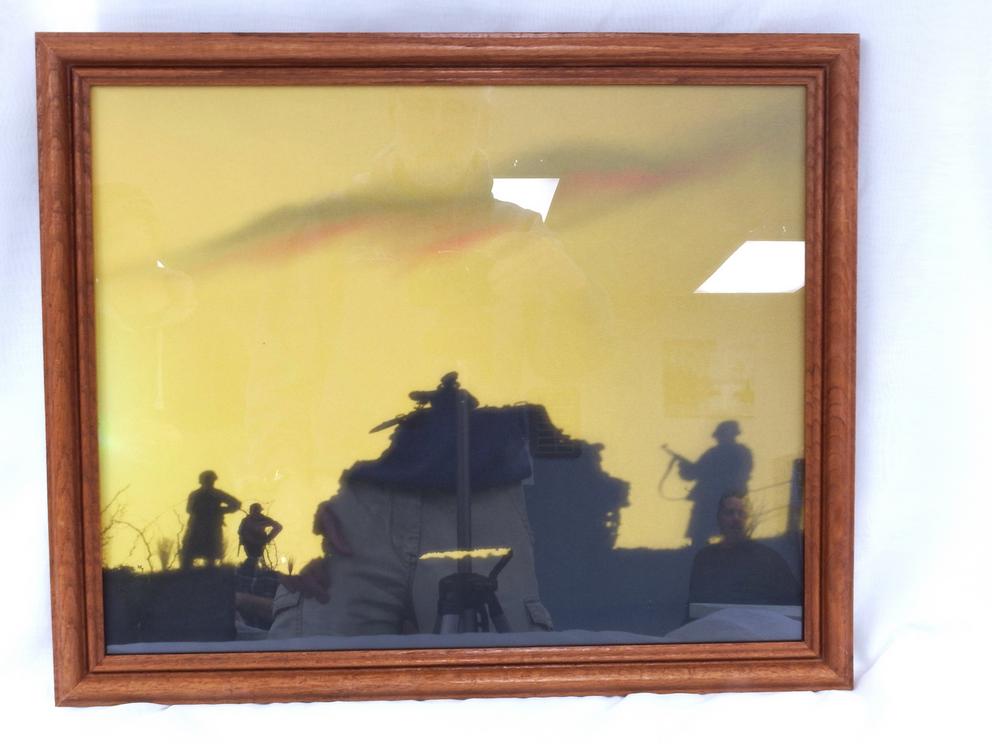 ​Doug Seekman brought in three 1/48 Greman WWII aircraft.  First up is his Promodeler/Hasegawa Ju-87B/R2 Stuka.  Painted with Gunze Mr. Color, QuickBoost seats, and decals by Three Guys Replicas.  He did his weathering with Ammo by MIg washes and  pastels.  Plane was used during the Battle of Britain.  ​

Mike's photo of the Sherman dio was taken outdoors and printed on canvas.  So cool!  Look how amazing his figures are!!

Photograph of Tiger Tank diorama modified in G.I.M.P. and printed on canvas.

​Skill level 1.55 scratchbuilt this HO scale “Jahsan Station” awhile back.  It was intended for Tom Ralya (that explains the very light weathering)…who said it was too big for his layout.  But Mark Jahsan stepped forward and offered me big bucks to purchase the model!  OK,OK…it wasn’t big bucks but now I can at least say I sold a model!​ 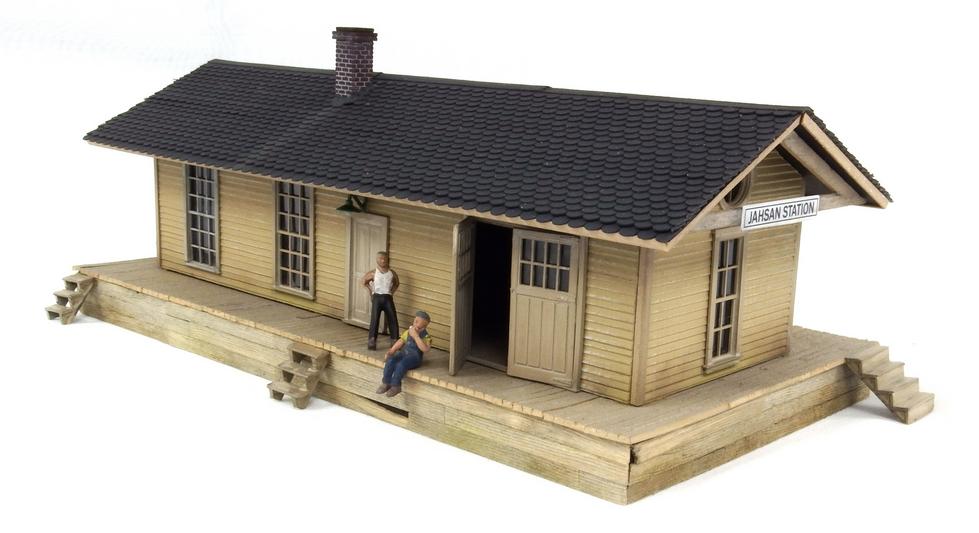 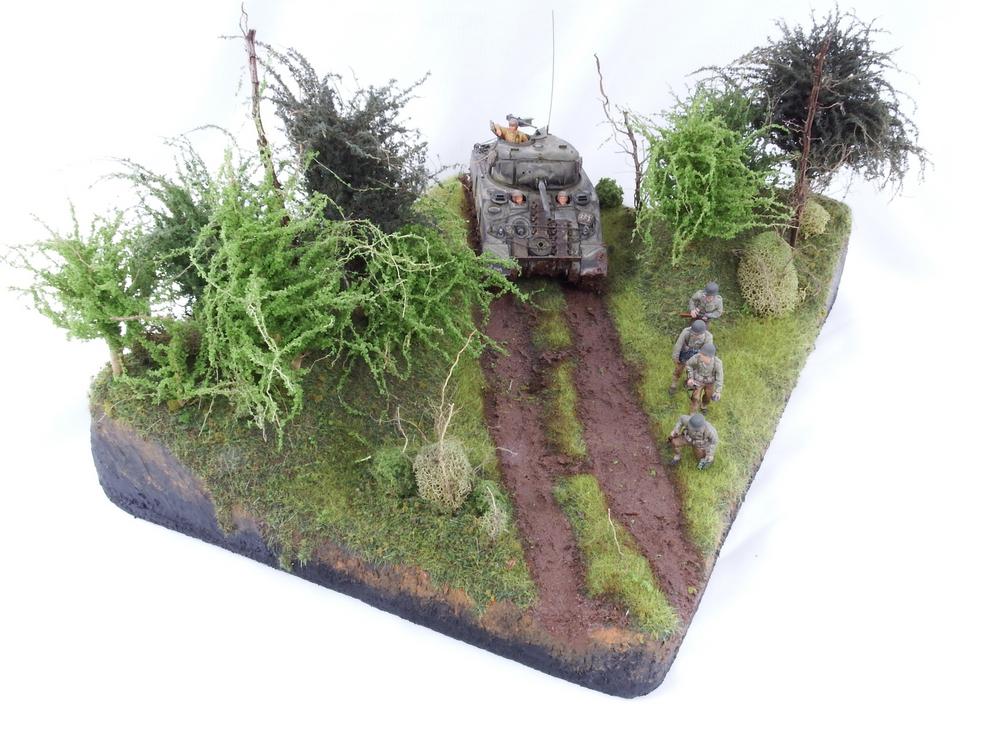 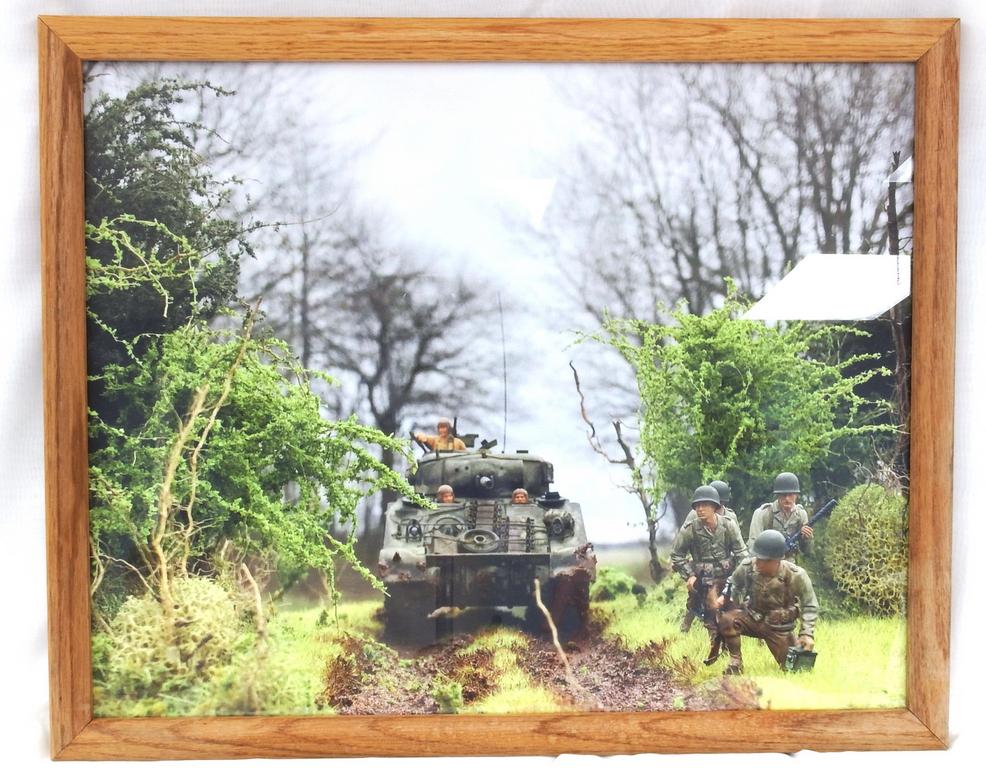 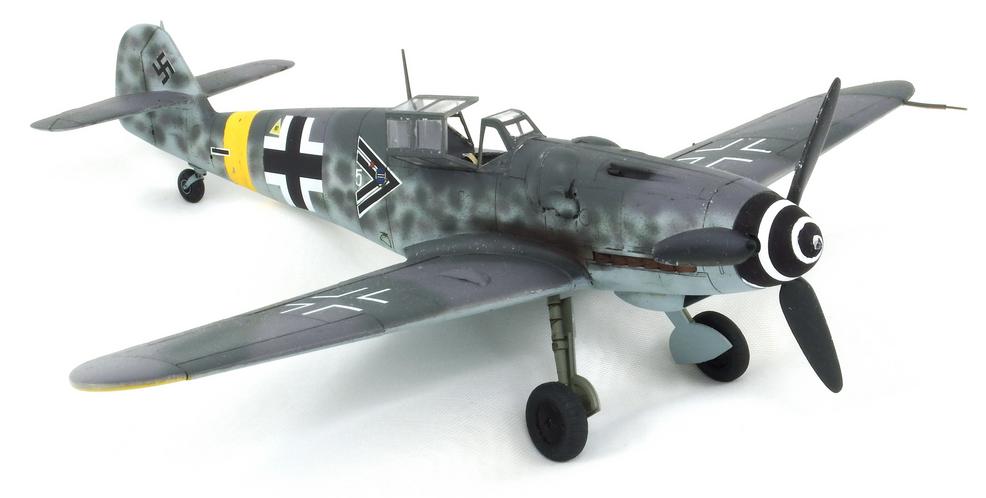 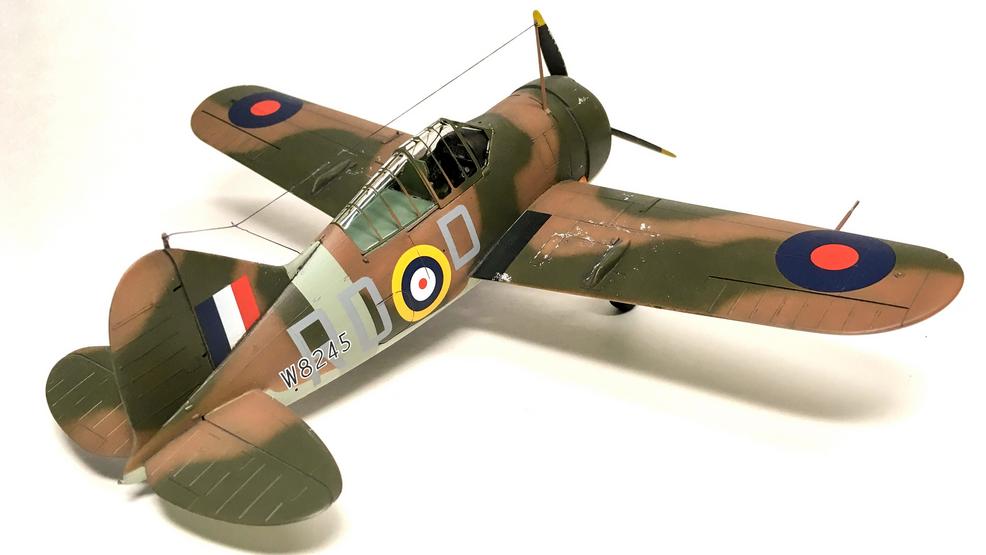 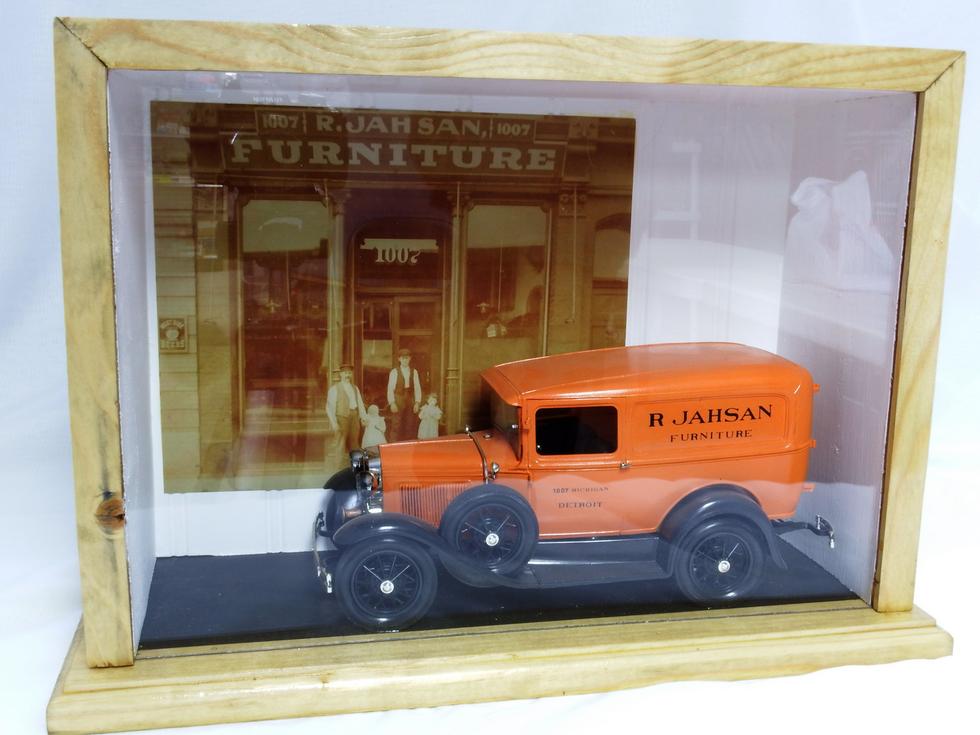 My favorite, the Sherman in a hedgerow…or someplace in the South Pacific…we can’t decide.  I thought it looked like the area around Ferrysburg…..

​Mark Jahsan showed off some family history!  His Great Grandfather Roman owned the furniture store in the background.  The photo is circa 1902 and Roman died shortly after this photo was taken.  The 1/16 1931 Ford Model A delivery van is from MiniArt and didn’t really exist, but Mark wanted to add it to his tribute.  Mark amazed us when he said the deals were dry transfers attached to water slide decal film…and it worked great.  Hopefully, he will provide more info at the 3T’s in November.

Hey, that was a good meeting.  Lots of great discussion.  See ya in three weeks!​

From the BMOC, Spencer Kosc: I'm back in Houghton and so cannot attend, but I did get some things finished that I would like to share, if you could put them on the website with the next report.
1/72 Heller Corsair: OOB, Eaglecal decals. Freehand paint between the dark and medium sea blue. Custom tamiya paint mix.​