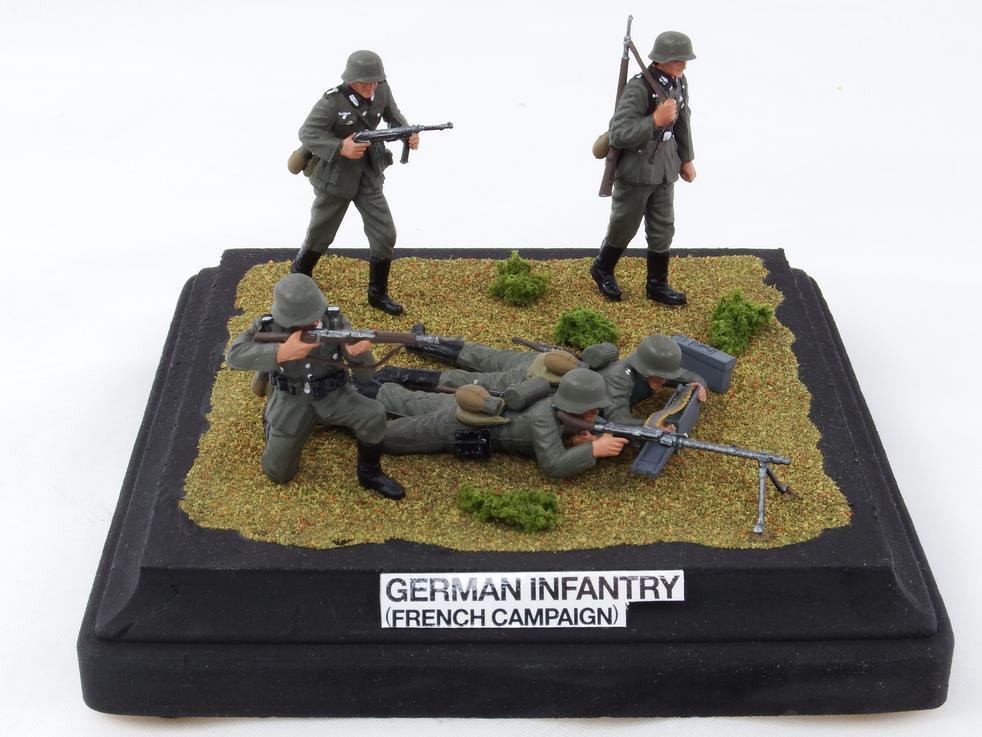 Man, that Doug Seekman gun can really pump out quality models.  The first three are models he built in one month for Dale Yonkers, the fourth just for giggles.  First is his Ju-188E in 1/72 scale from Hasegawa.  Stock decals, Tamiya and Model Master paints, and weathered with pastels.  Amazing camo!!!  Second is his Italeri Do-217P using Printscale decals, Tamiya and Vallejo Air paints, weathered with pastels.  Third is the 1/72 AR-234P which never made it off the drawing boards but this four engine jet is cool!  Dale will be pleased!  The fourth model is the 1/48 Hasegawa F6F-5 using Superscale decals and Model Master Paint and weathered with…you guessed it…pastels!  Fantastic work, Doug! 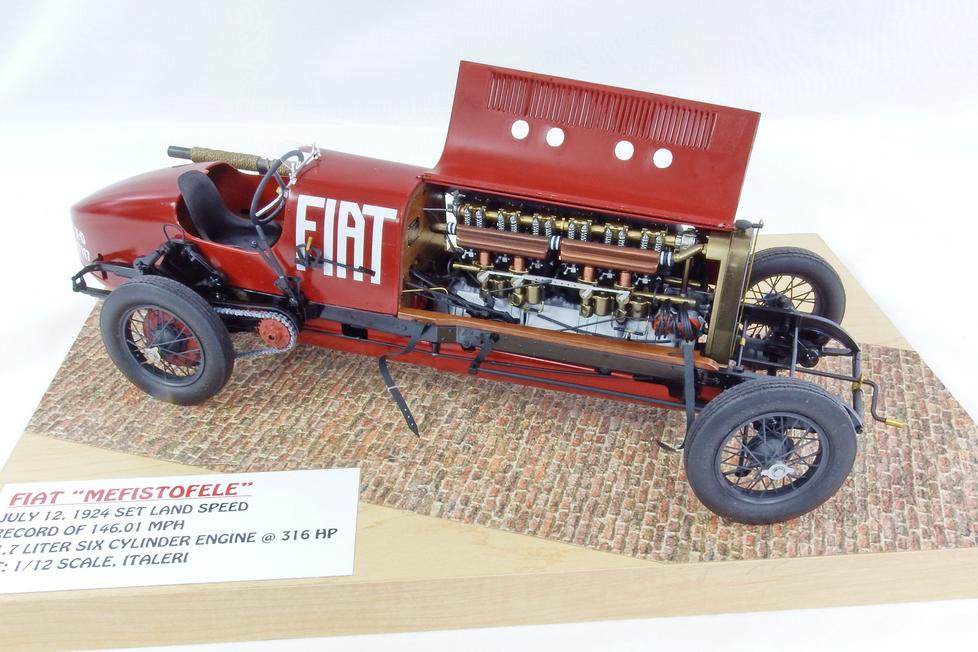 Mark Jahsan dragged in…did he have help carrying it in?…his mammoth 1/32 HKM B-17G.  With a three foot wingspan, this thing is huge.  He modeled it after a plane that his Dad helped restore by utilizing decals from Kitsworld.  He wired the engines.  He used Rustoleum rattle can paint. This model is awesome…great job, Mark! 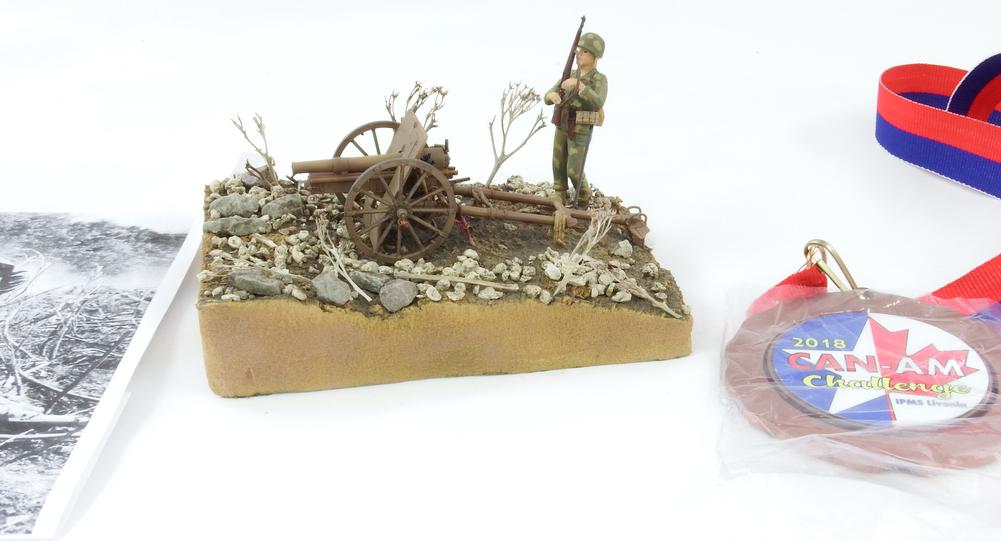 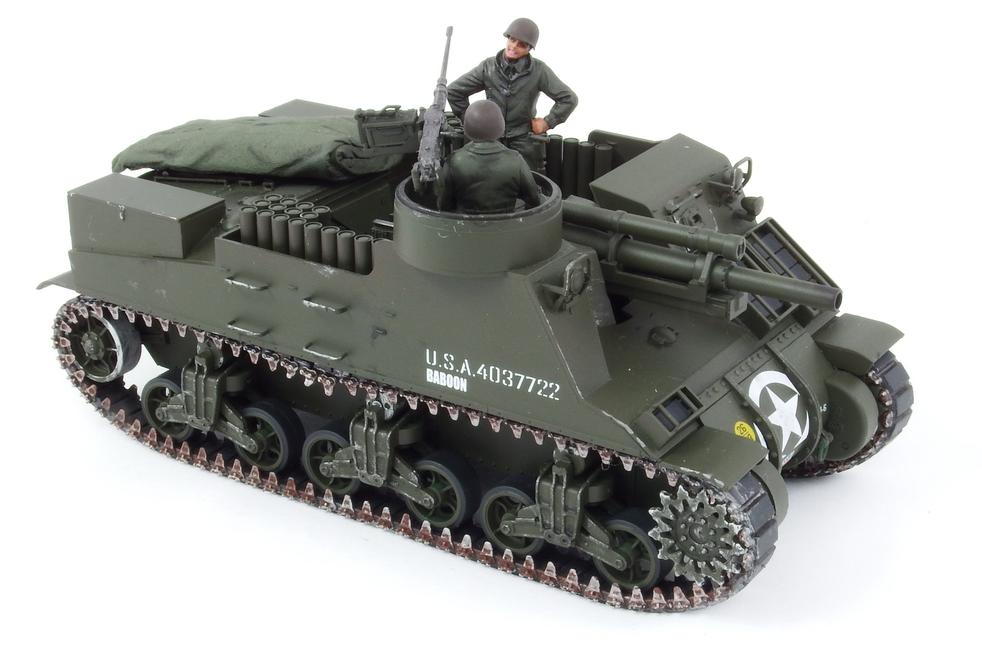 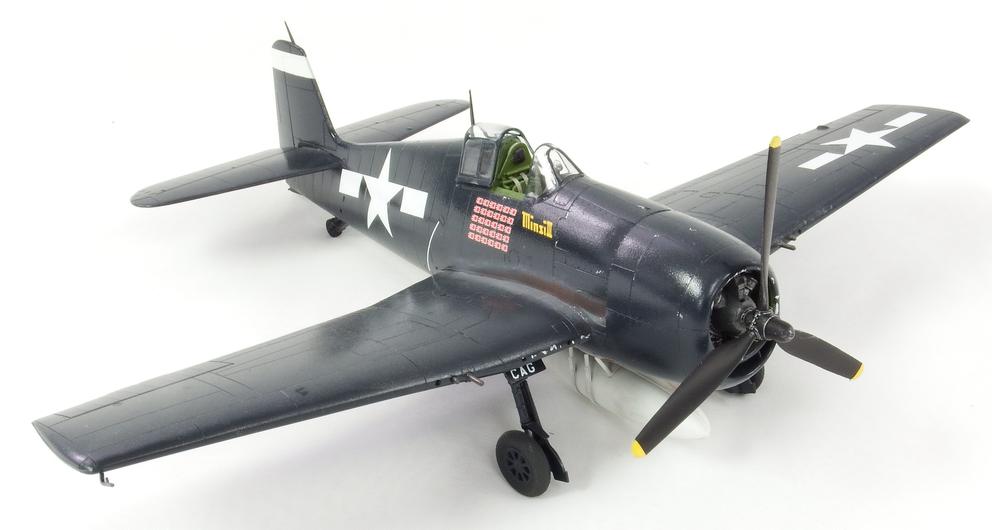 Stan the Man Carrier brought in three great models.  First up is a gorgeous 1/72 F4F Wildcat painted in the North Atlantic paint scheme.  This is one sharp looking model.  Next is the 1/35 Tamiya British Archer self-propelled gun. Stan added metal track links because he enjoys self-inflicted pain and suffering.  And then we have his 1/35 Academy 17 pounder M7 Priest with Tamiya figures that were painted by none other than Mr. Bob Thompson.  Stand says the figures represent Bob and skill level 1.55…(with his hands on his hips).  Frankly, I think I’m better looking than that!  Stan used TP soaked with diluted white glue to make the sandbags.  That Stan, he can do it all!

Old man Thompson brought in what he calls field gray“losers”.  These five figures are from Tamiya and these Germans were last seen during the French campaign.  Of course, Bob used his favorite paint…Vallejo.  Check out the two slings…Bob made them from dental floss and they are perfect.  Great job, Bobbie!

Who the heck said size doesn’t matter???  Prof. Leger says it does!  Here is his M-107 from Tamiya…formerly Testors.  This puppy could launch a 65 lb. 75 mm shell up to 35 miles.  You don’t want to be anywhere near the business end when this baby fires…the shock wave can do serious damage.  Great job, Bill! 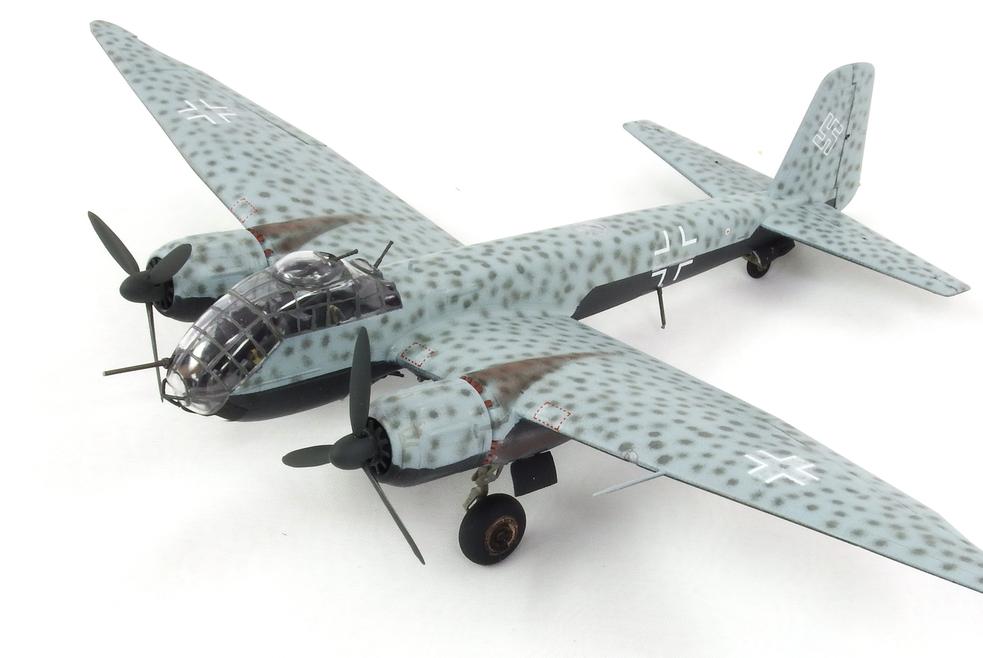 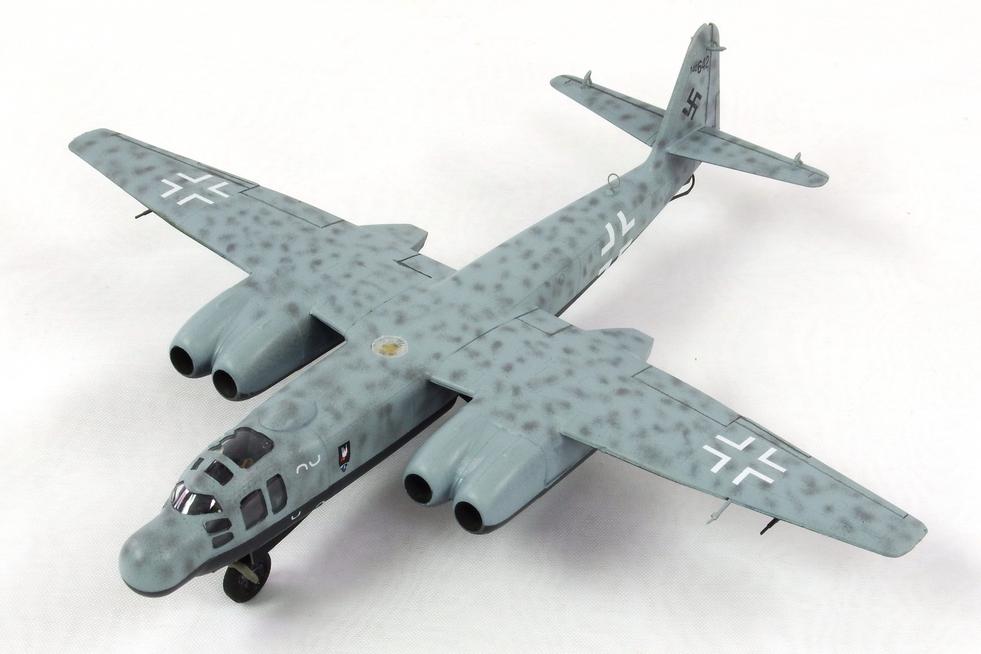 New guy Carl Luther showed up with a vignette of two Revell Jeep Rubicons on the beach.  He used CelluClay and a comb to add ripples in the sand.  Carl is off to a great start!  We look forward to seeing many more models!

One more reason to think that TRIAD has gone to the dogs…
See ya at the November S&T! 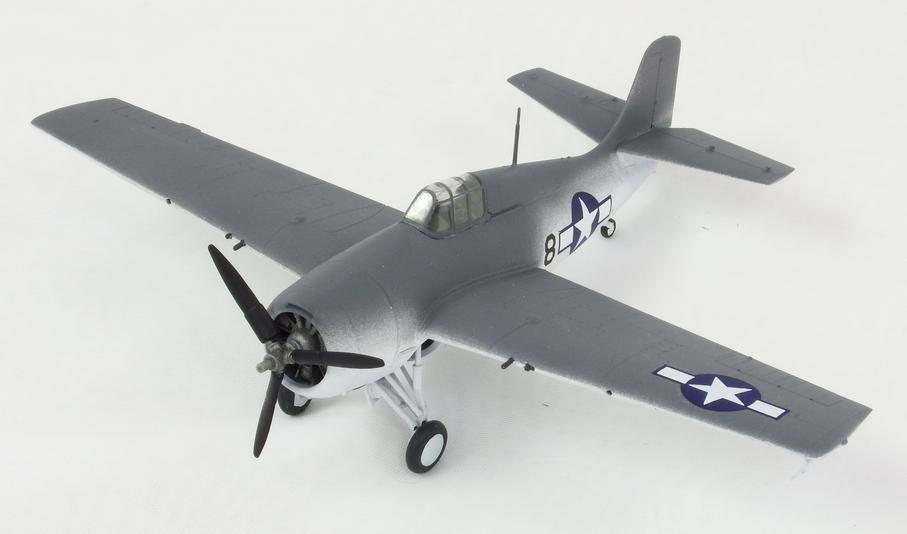 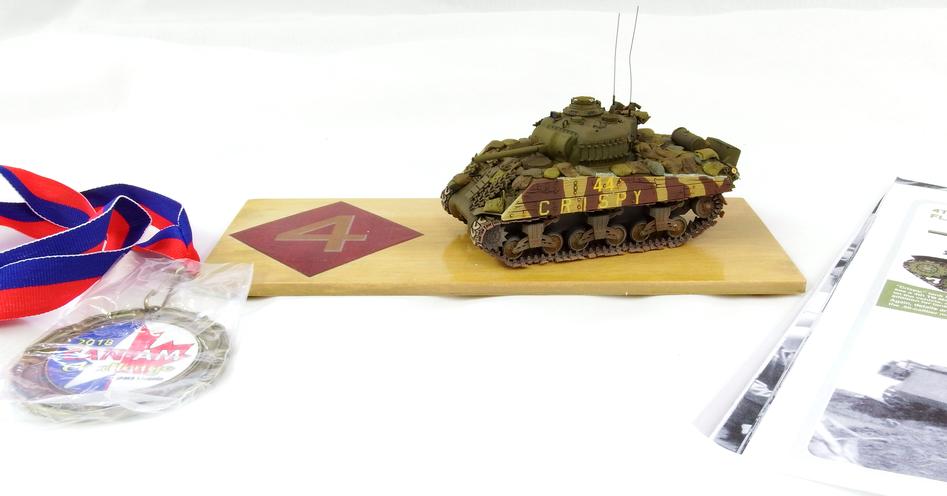 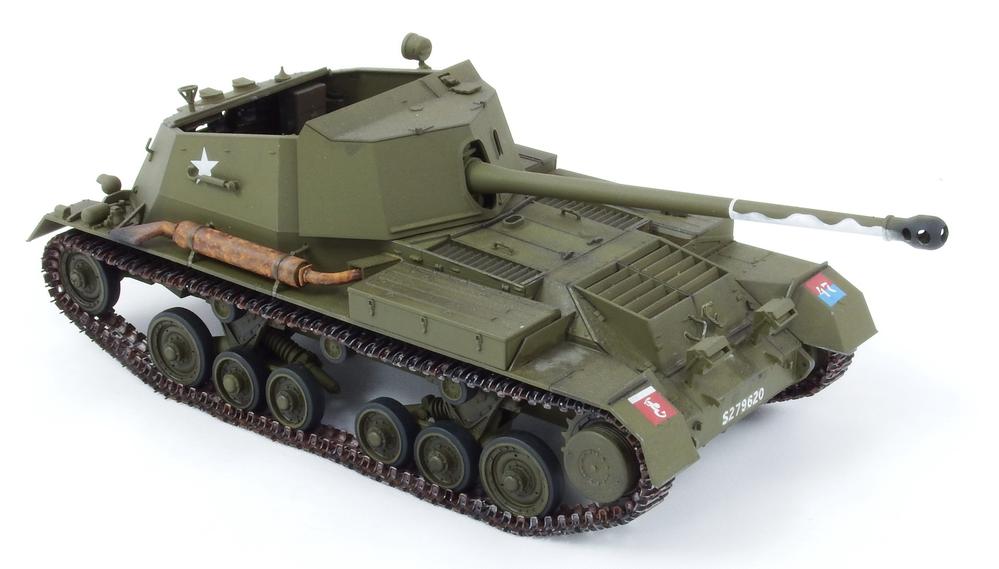 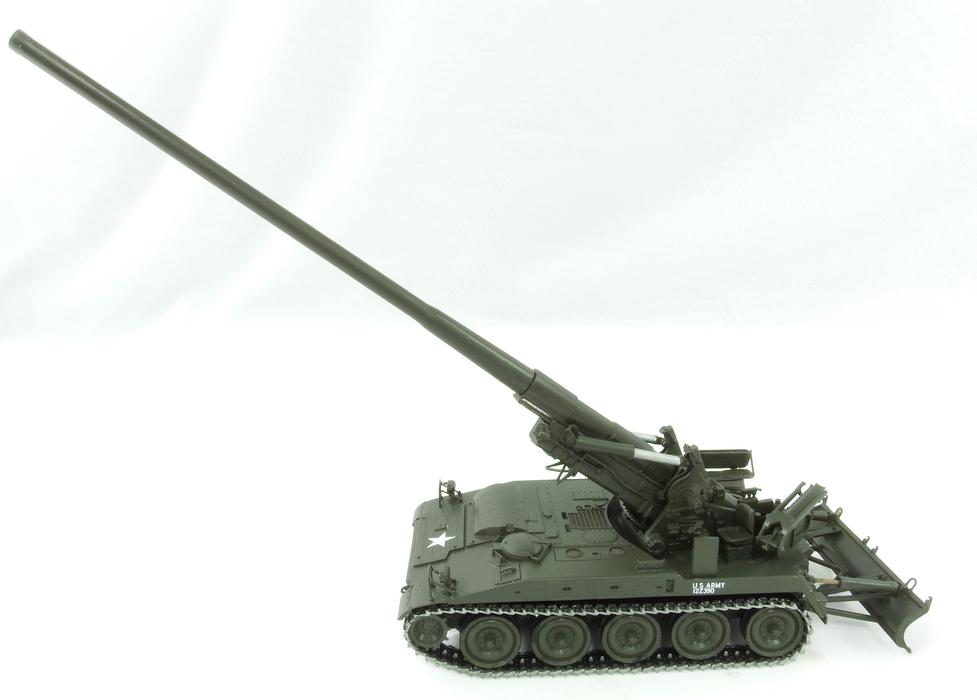 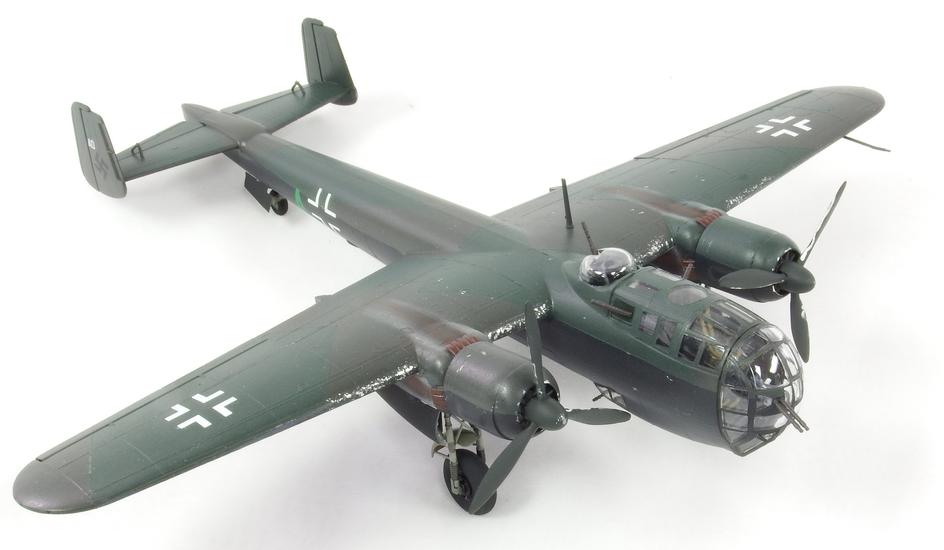 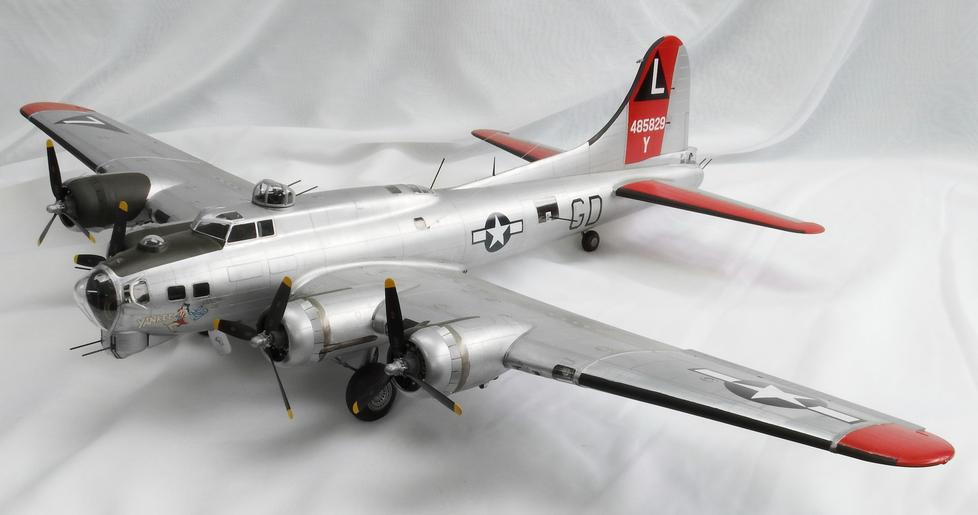