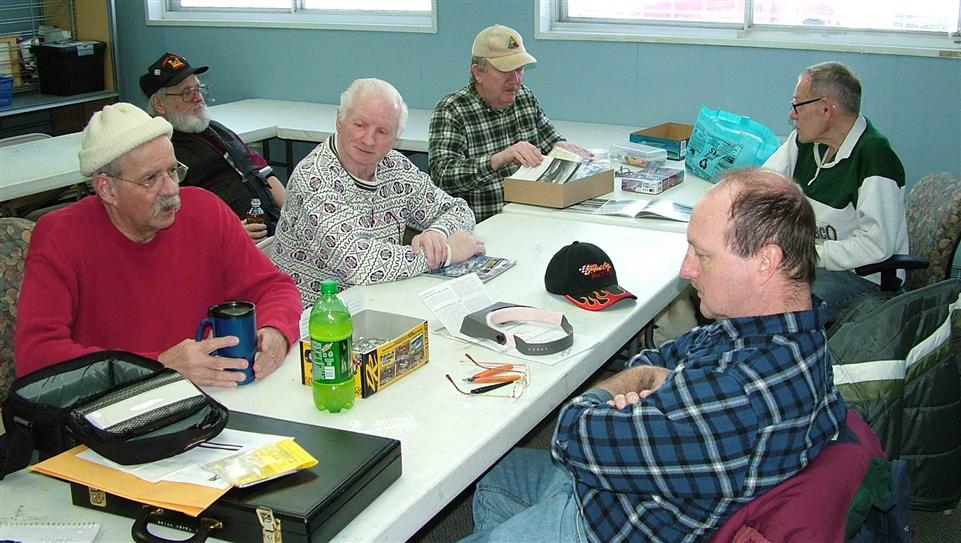 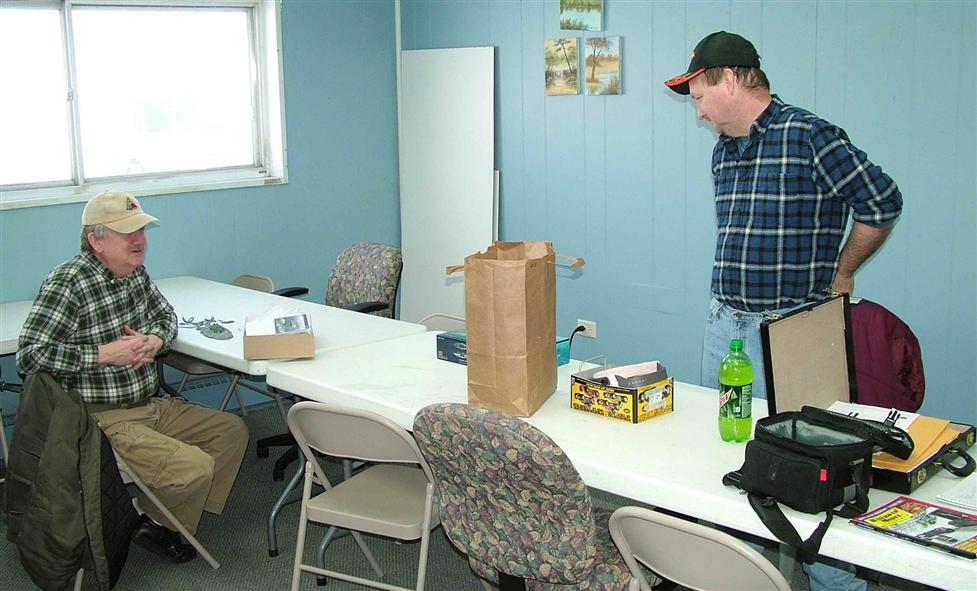 .Our illustrious and awe inspiring President, JR, was just beginning to work on his latest Sprint car…this one from the late ‘50’s.  Hate to say it, but I think another one has bit the dust…I asked where my “granddaughter” Camryn was and JR said she went shopping with her Mom.  Seems she has become bored with, “A bunch of old guys who sit around and talk about war.”  Maybe we could have Dan Jayne bring in his doll collection to even things out a bit…. 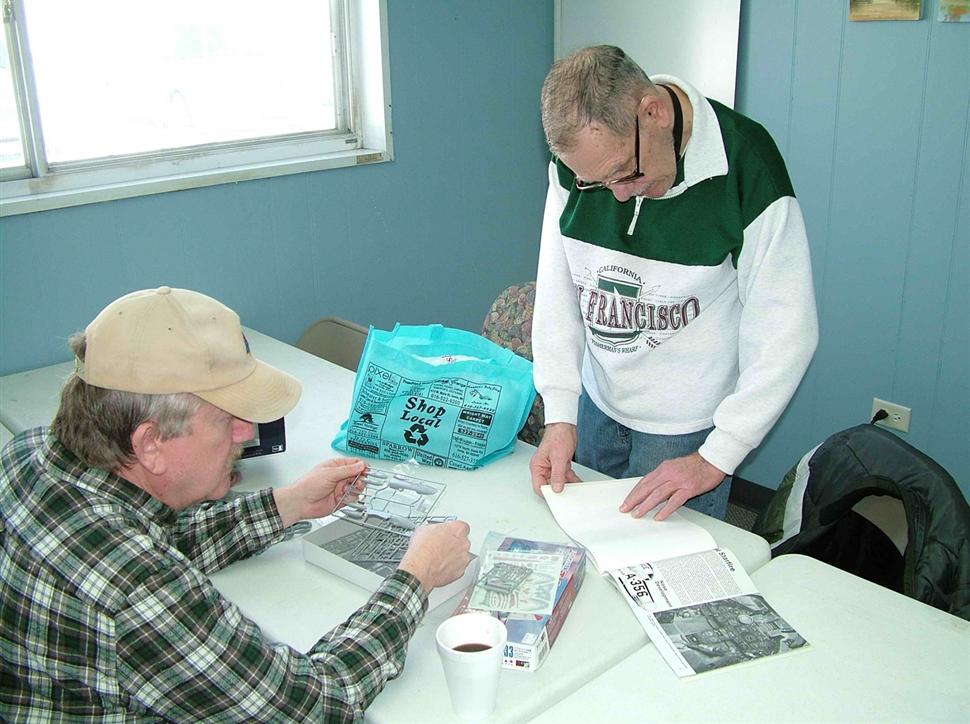 In that same photo, you can see the T-33 jet that potential new member Walter Goetz was working on.  He is retired from the Air Force and was once stationed in Alaska.  That’s Walter on the right in the following photo.  Hope you can continue to join us, Walter, and we hope you enjoyed yourself! 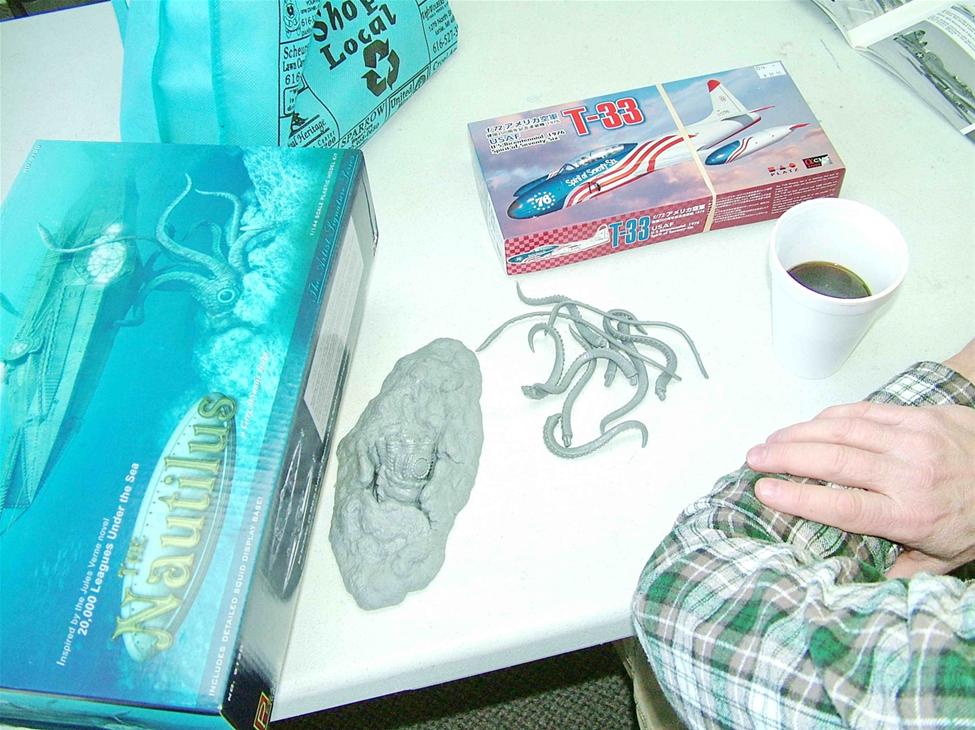 Don’t worry, Bob, the HofH will order you a Pegasus Nautilus kit.  But Big Daddy couldn’t wait and eagerly tore into his just purchased kit.  In this photo, you can see the base with the lair for the menacing giant squid.  Check out those tentacles!  Jerry and I were impressed with Captain Nemo’s stylish Victorian submarine.  The kit is 1/144th scale.  Have fun Jerry!