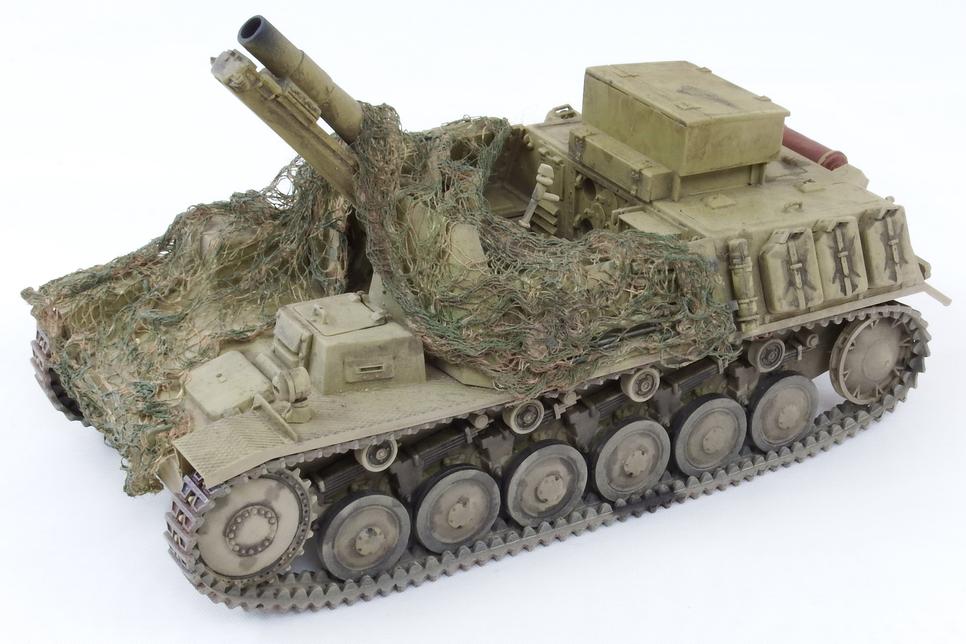 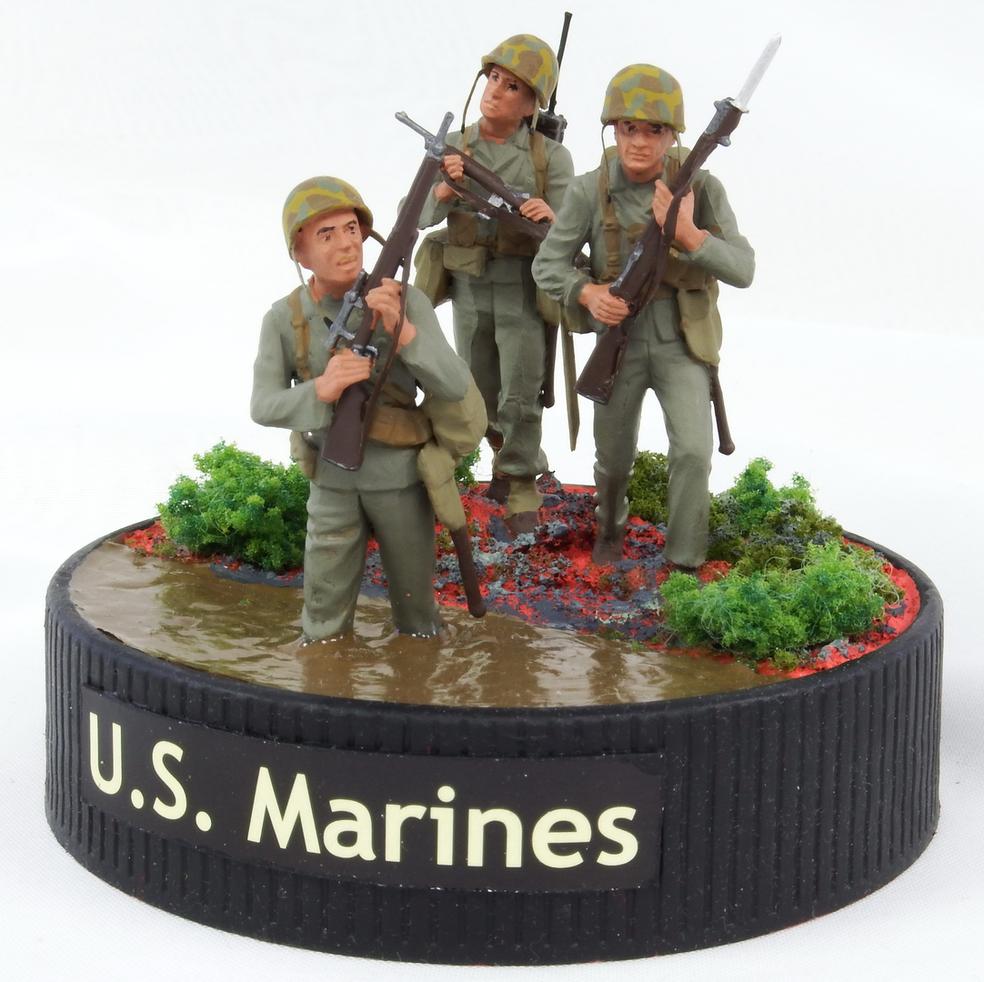 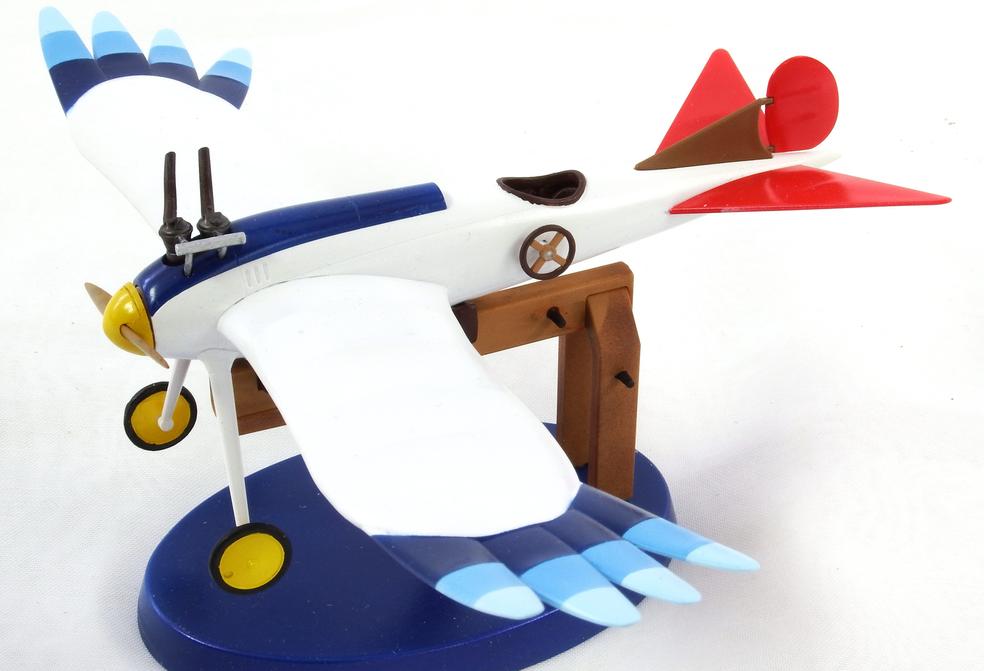 Another great S&T in the record books.  Great to have Judy Jayne join us and she reported that several of Dan's ship models will be displayed next year on board the S.S. Milwaukee Clipper.

See ya all the November Work Session.

Note: We haven't seen Feller Dewitt in a while.  Hope all is well.  Please return ASAP...we miss you!

Theme Master, Mark Jahsan, brought in two Japanese A7M’s.  They are both 1/48 kits from FineMolds (it was a FineMolds kinda day!).  The orange one is the A7M1 and was the first prototype.  The green one is the re-engined last prototype, the A7M2.  Mark used Tamiya paint.  Wow!  Great job, Mark!

Stanley Carrier displayed some more great modeling today.  Let’s start with the diorama.  I think Stan said this was his first diorama and he brought it in to pick up some tips.  Hopefully, he received some helpful advice.  I thought it was just great!  The vehicle is a Dodge WC63.  Next we have his 1/35 15 cm Sturmpanzer Bison II Sig33.  It was designed for use in North Africa.  It is an Alan kit…which I have never heard of and Stan says the “kit was not a pleasure to build”.  Are you positive it wasn’t an Alan Vandam kit???  ;-)  Check out the netting.  I think this model is just cool!  And then we have his Italeri late version SWS halftrack with the ten shot Nebelwerfer launcher.  Note the detailed interior (the “hood” has been moved forward to show the cab interior).  AND, Stan took Second Place in the amour category with his Korean War M-46 at the recent Rider’s Military Contest!  Way to go, Stan!  His winter painted T-26 took an honorable mention.  About time Stan was recognized!!

Ship modeler Par Excellence, Francisco Alvarez showed us his 1/96(?) Constitution.  Take a good look…we may not see it again!  Once the masts and sails are on, it may be too big for transporting.  He estimates the ship will take about two years and 1,000 hours.  Incredible!!! 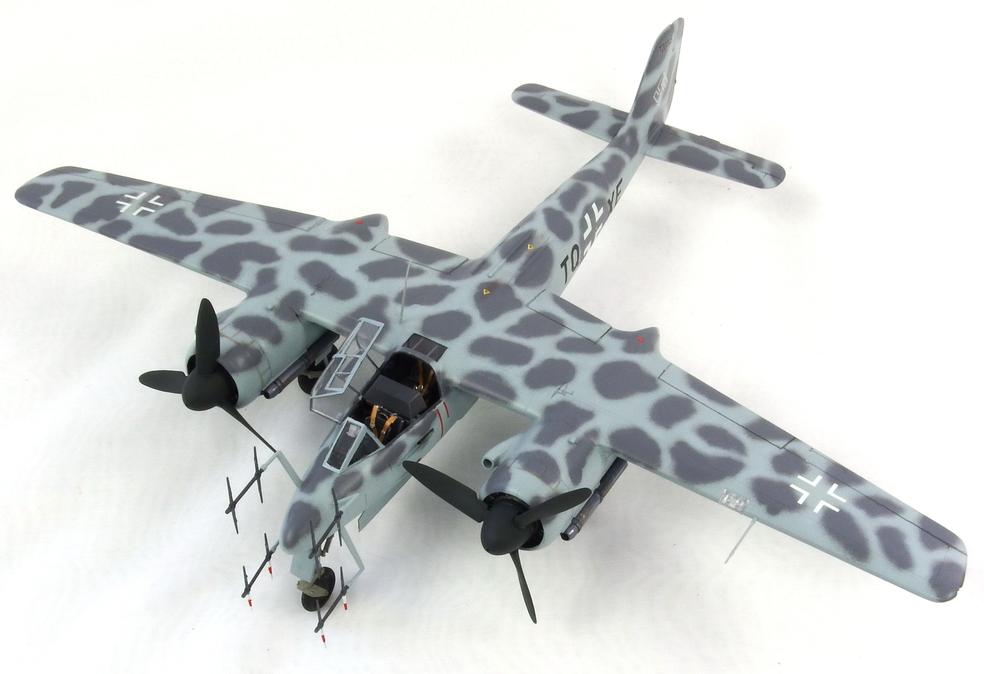 Can you believe that Doug Seekman built this 1/48 Pro-Modeler German TA-154 Moskito in one week?  He built it for Dale Yonkers.  He used Model Master Paints and super detailed the cockpit.  The seatbelts are paper.  This guy is really, really good.  Dale must be very happy and I am impressed! 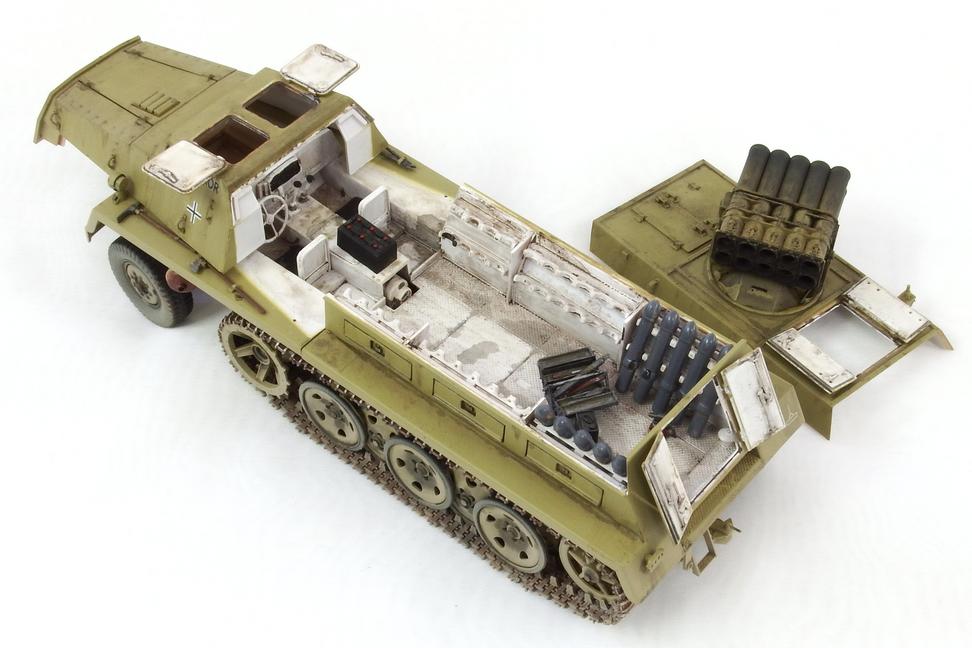 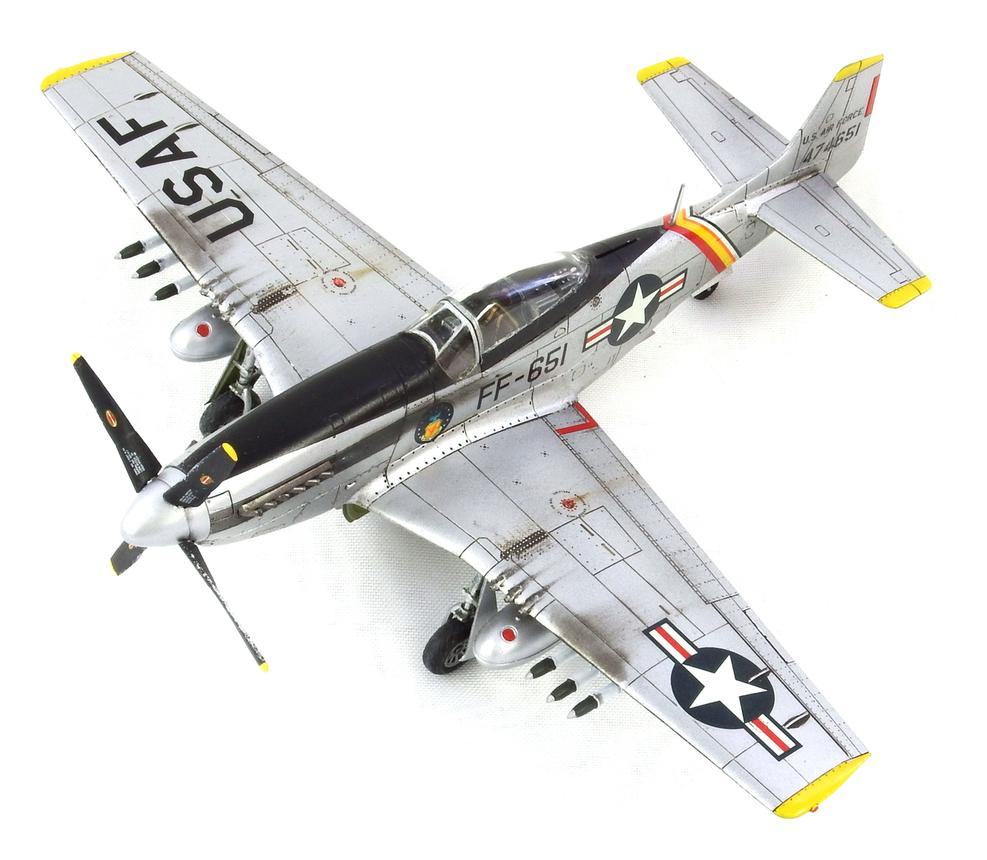 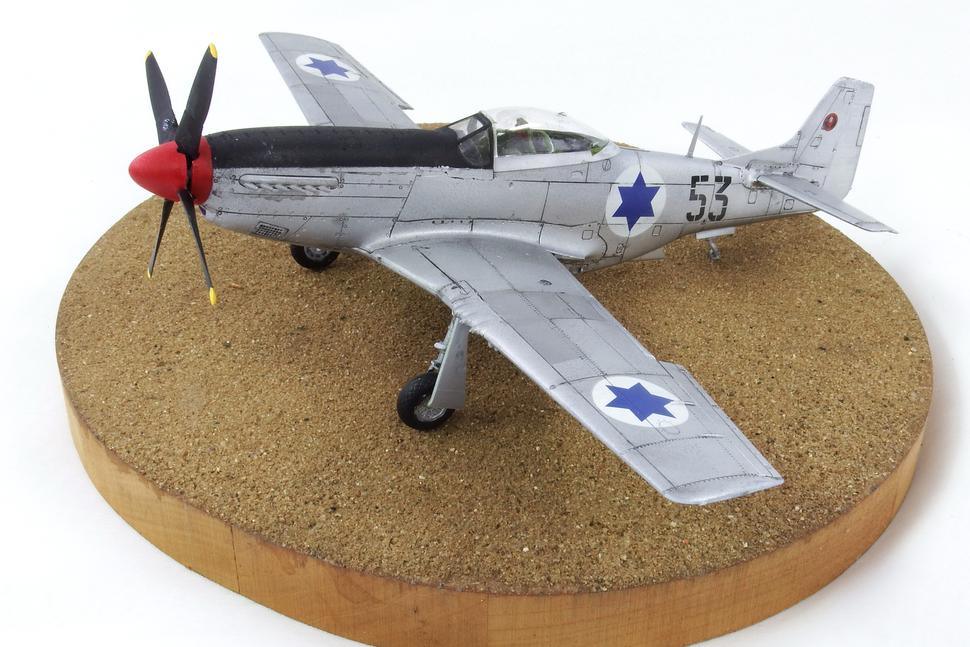 Skill level 1.55 thinks this is his first scratchbuilt model.  It is a 1/87 railroad passenger and freight station.  To honor TRIAD member Mark Jahsan, it is calledf the Jahsan Station!  He drew up the plans than designed it in CorelDraw and cut out the major pieces with a Cricut Maker.  Great fun!

Bob Thompson (or the old geezer as I call him!) is still the TRIAD figure master.  This 1/16 “Iron Cross Goose Stepper” is an SS Hitler bodyguard.  The kit is resin and metal.  As always, Bob used Vallejo paints. The vignette utilizes figures from Alan Vandam and are 1/35 U.S. Marines from Master Box.  He made the slings.  I just now noticed what a fantastic job he did on the water!!  Bob cut the poor guys feet off so he looks like he is wading in the water.  So realistic.  The figures are sitting on top of a Jiff peanut butter lid!  Seriously great job, Bobbie!

Alan “The Judge” Vandam brought in two superior models.  The first is a WWII German fighter prototype….eh…wait….let me check my notes.  No, no, this is a FineMolds 1/72 anime model of “Wind Rises”.  It is a snap-tite type kit but Alan glued it together.  His second model is another anime subject, a FineMolds WWII Japanese rocket plane.  Hold on, jeez…no…this isn’t anime, it is a model of a real Japanese J8M1 Shushi.  This was the Japanese version of the German Me-163.  It pretty much sucked.  The plane, not the model!!  Great job, Alan!  Beautiful work! 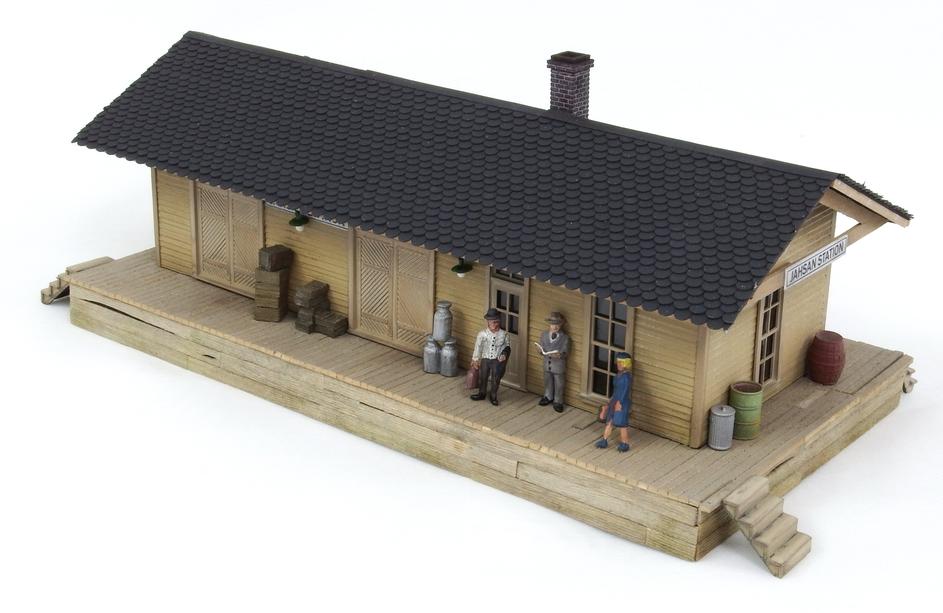 Doug Schuur is back for real!  He’s lost 50 lbs. and he says he feels so much better!  Happy days!  He’s looking good and he’ll be even better after the face lift!!  ;-)  Here is his 1/48 Academy F-4B Phantom from VF-111.  We’ve seen this baby before but it deserves another look!  He used Tamiya paints and panel line washes.  He also brought in his 148 Airfix P-51D…which he calls “The model from hell”.  He has stripped and repainted this puppy numerous times but the paint always ends up crackled.  Don’t you just love modeling sometimes?  It still looks awesome, Doug! 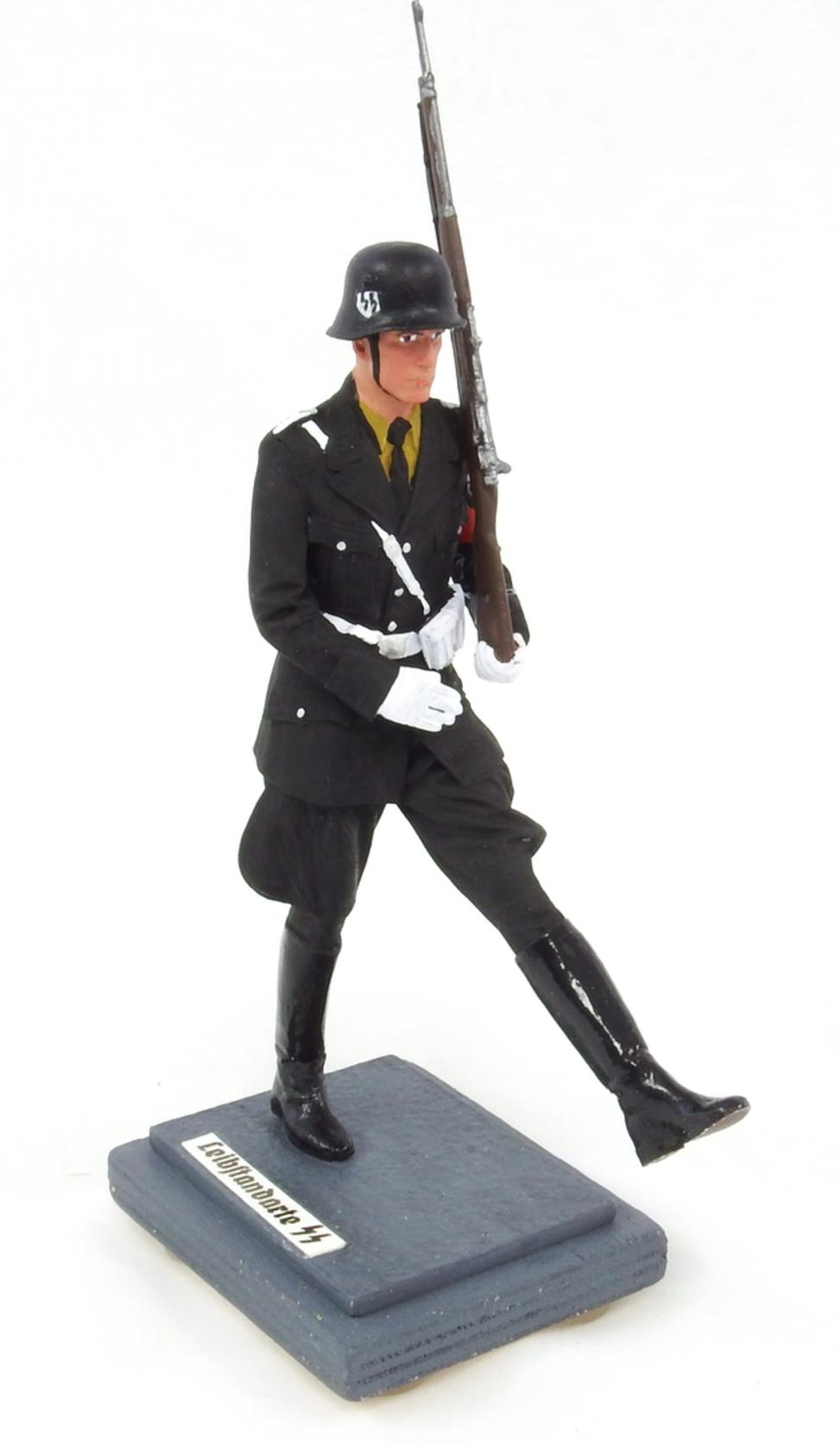 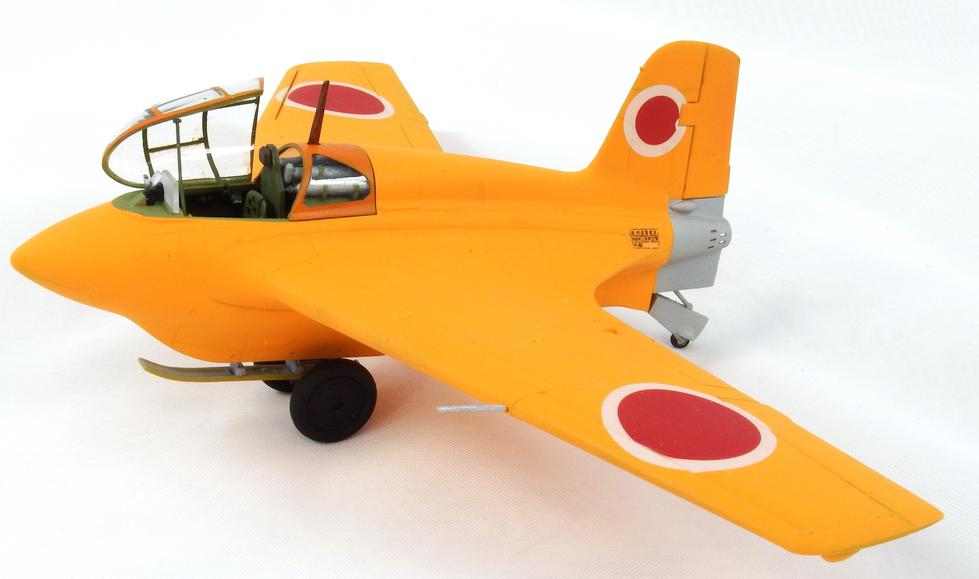 Next we have smarty-pants Spencer Kosc.  I’m glad he doesn’t enter his models in contests…and make me look bad.  Spencer is really modeling at a high level and has certainly caught the eye of his fellow TRIADS…and we all wish he would knock it off.  The days of me smacking him around are over…I’m pretty sure he can now kick my senior citizen butt.  Plus, he brings his Dad in for backup…  Take a close look at this beauty!  Great job, Spencer! 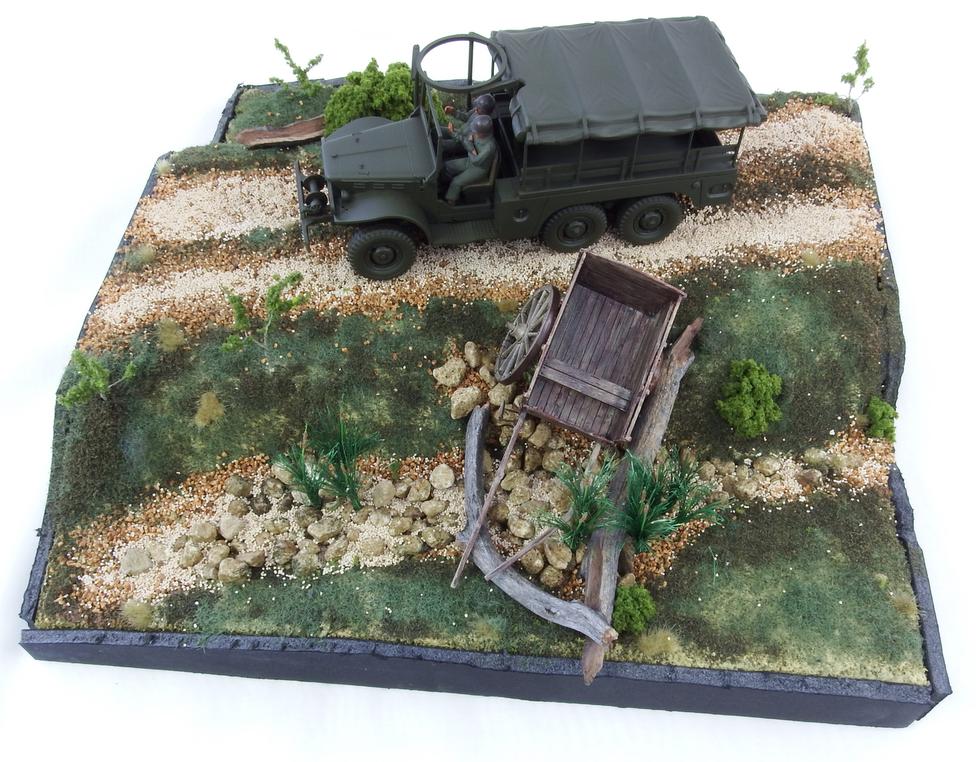 Dan Tyler, normally a model railroad guy, decided to head on over to the dark side and modeled a 1/48 Bandai Willys Jeep.  The white shoot laces denote the soldiers were part of an honor guard.  Either that or it’s a major fashion faux pas!  Nice job, Dan, and welcome to our world!