In this shot you can see Camryn and Debbie are hitting it off.  We’ve got to keep these two separated…no girly talk allowed!!  ;-) 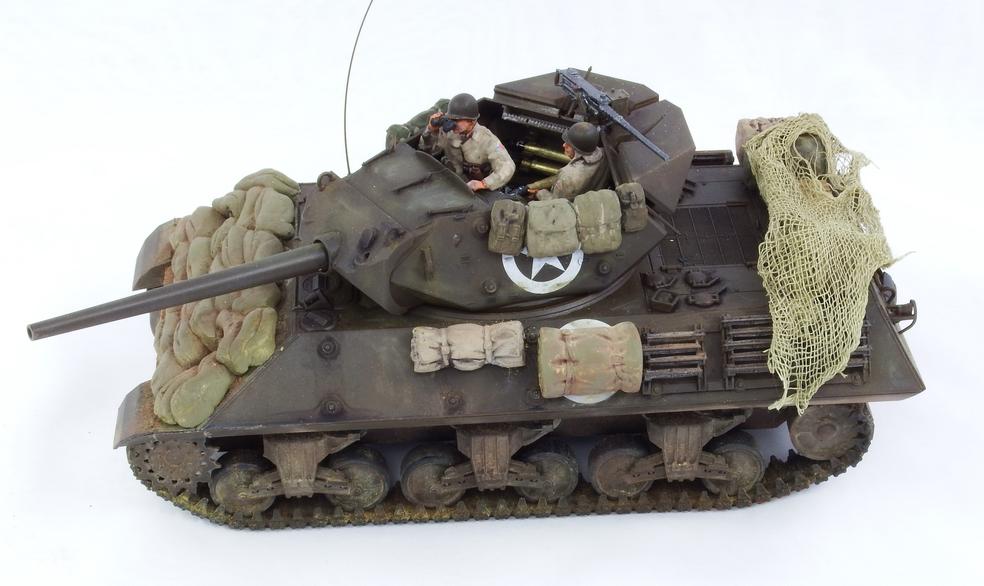 Let’s get this out of the way.  I have good news and bad news.  Keith Lemke brought in a beautiful model…his best ever...nearly full size.  Best in Show I’d reckon.  The bad news for those of you who weren’t there, I didn’t get a photo of her.  Yeah, it was Keith’s girlfriend Debbie Fowler and if she was taller she would be full size!!  ;-)  And she built a model!  And despite Keith’s help, it turned out great!  ;-)  It is a 2015 SnapTite 2015 Corvette.  She says she enjoyed the build and looks forward to the next kit!  It was great meeting her. 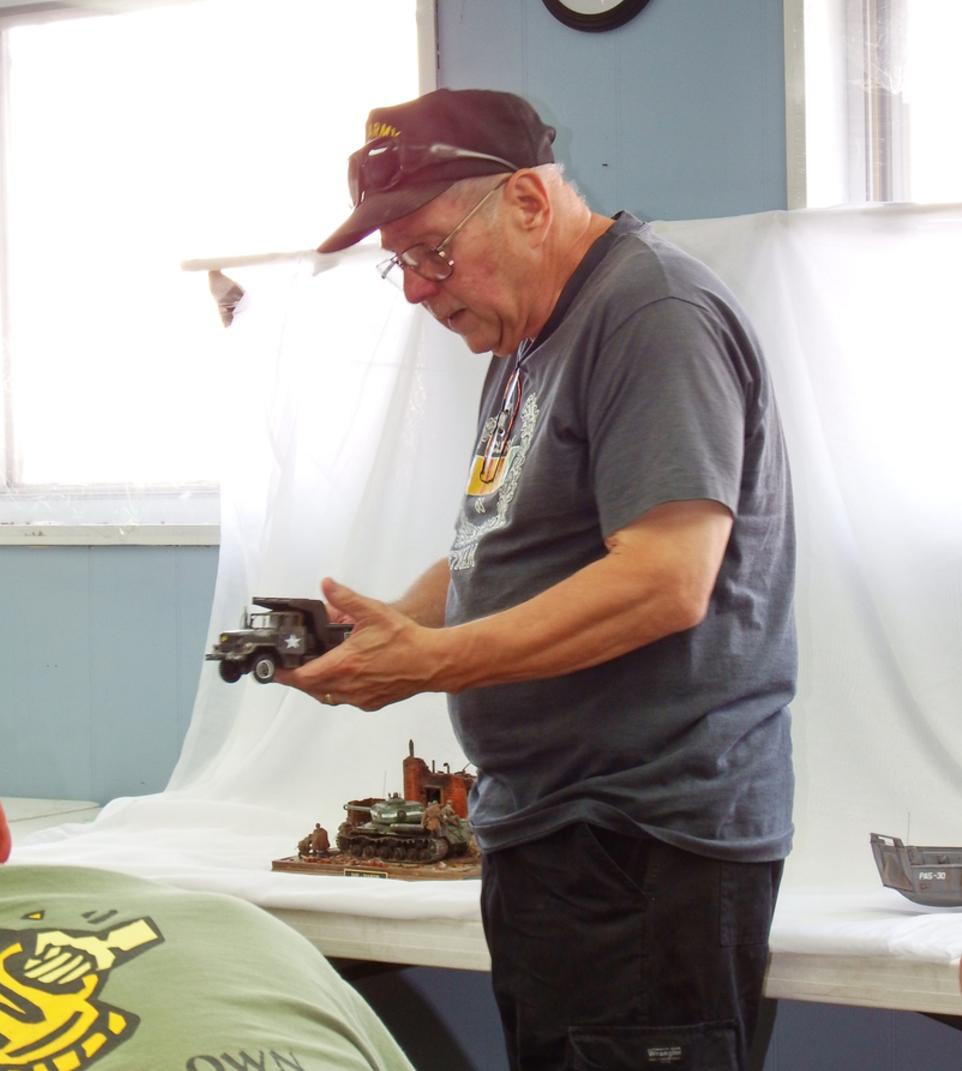 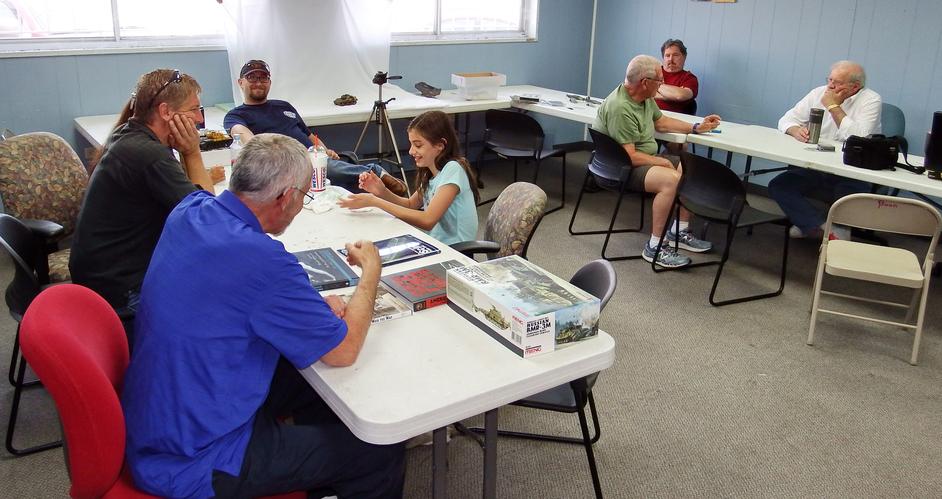 Here are three photos of most of the attendees…sans the girlfriend.  Sorry, Debbie!! 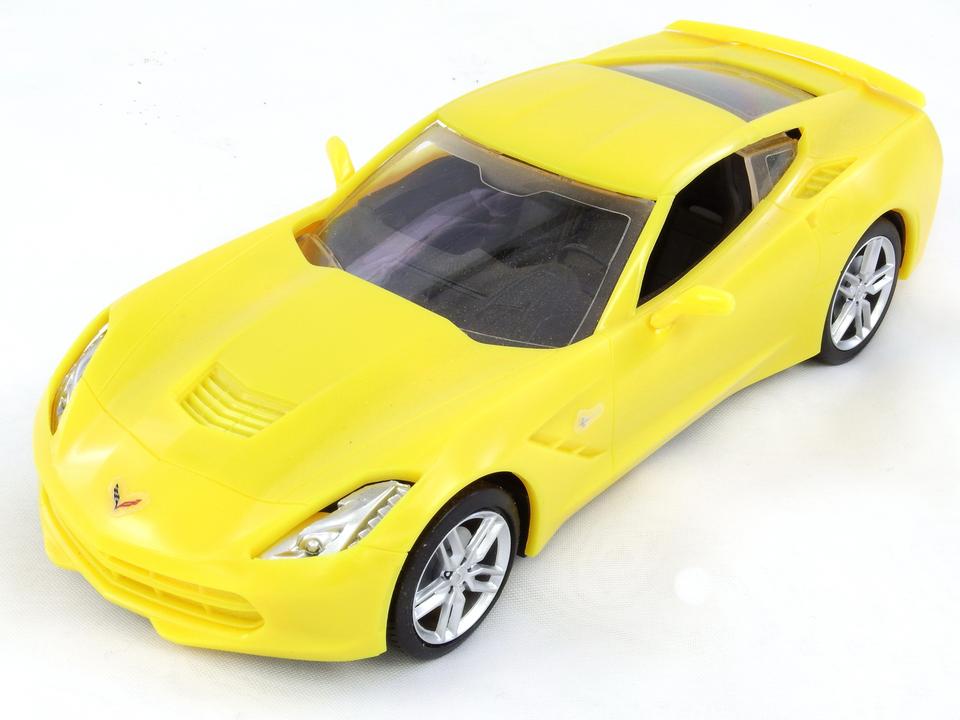 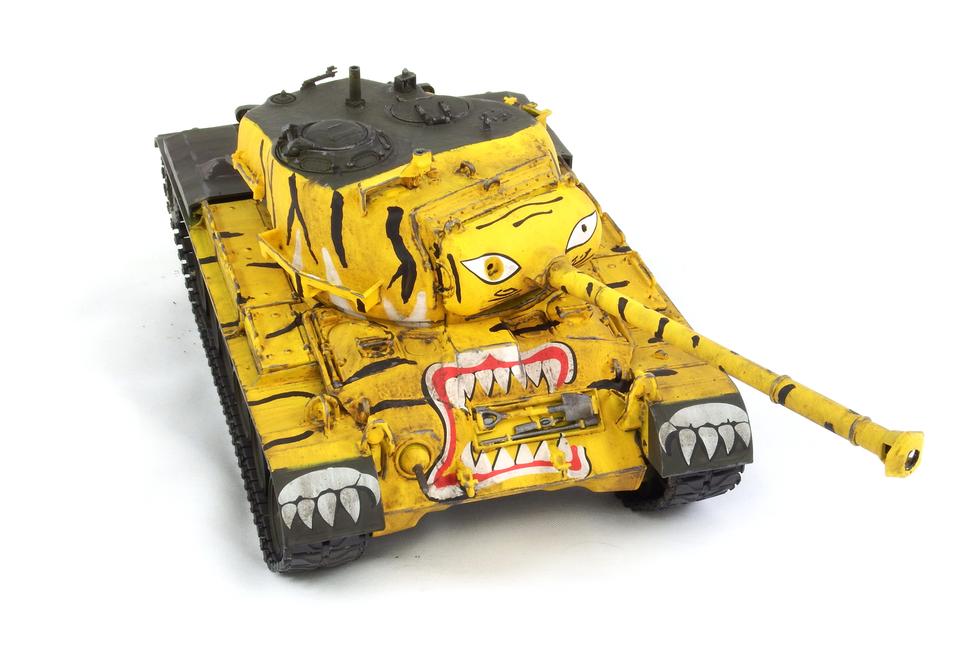 Mark Jahsan’s theme for the day was British carrier aircraft.  On the left is the Sea Hurricane which is a conversion of the Monogram Hurricane.  He purchased this kit for $5.  The plane was used against the Vichy in Madagascar.  The other aircraft is the naval version of the Spitfire, the Seafire Mk XV.  This was a Hobbycraft kit and the plane was based off Ceylon.  Great job as always, Mark.  By the way, I learned that it was the Brits who figured out how to land the Corsair on a carrier.  How you guys know all this stuff never ceases to amaze me.  I just sit there and look pretty….

Past President Jerry Bridenstein showed off two models.  His Higgins Boat is on the homepage.  Here is his just completed M-10 constructed from the new Tamiya kit with figures.  He made his own sandbags, etc.  Always a pleasure to see Jerry’s masterpieces.

Stan Carrier is a master at weathering armor models.  He is really good!  Just look at this SU-85m in winter camouflage.  It was painted with Tamiya white and chipped with Humbrol Maskol.  Mud was made with pigments mixed in Ammo Mud Effects Sludge.  The red circle on top is tell the Soviet pilots this is one of theirs!  The M-46 Patton has been painted just as it looked in Korea.  Stan painted the front half with Krylon Marigold yellow which was a perfect match for the real paint.  Great job, Stan!  Ya done good!

Prof. Bill Leger brought in a diorama and two Army vehicles.  The diorama focuses on a Tamiya Russian JS-2 in Berlin on a rainy day.  Lots of cool details…burned wood and scratchbuilt bricks.  Awesome!  The Jeep is a Tamiya Ford M-151 MUTT as used in Vietnam as is the 5 ton truck which Bill heavily modified including a scratchbuilt cargo box.  This too was painted as it appeared in Vietnam.  Great job, Bill, and thanks for bringing them in! 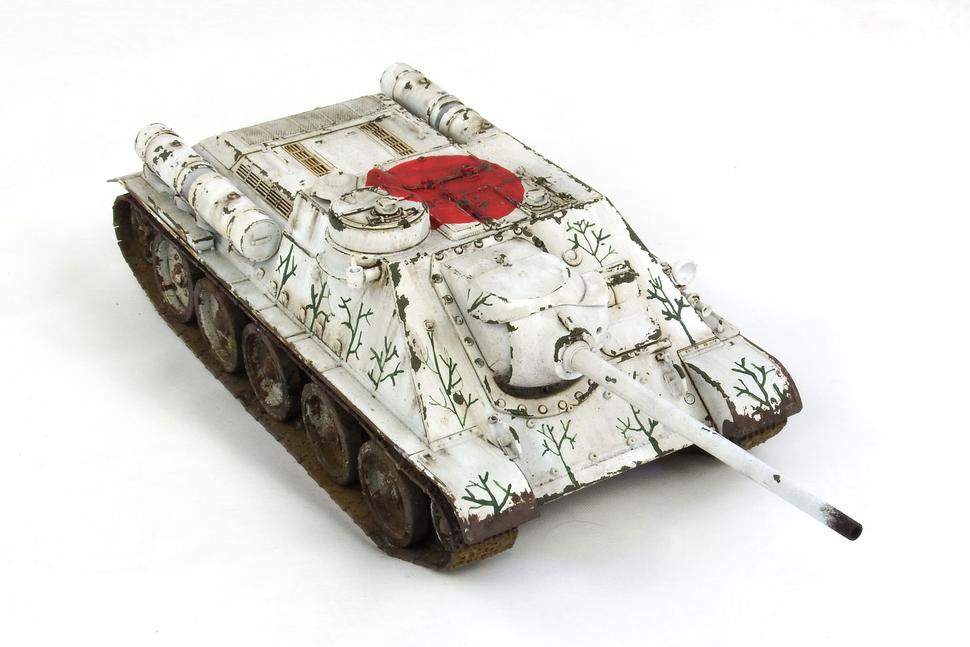 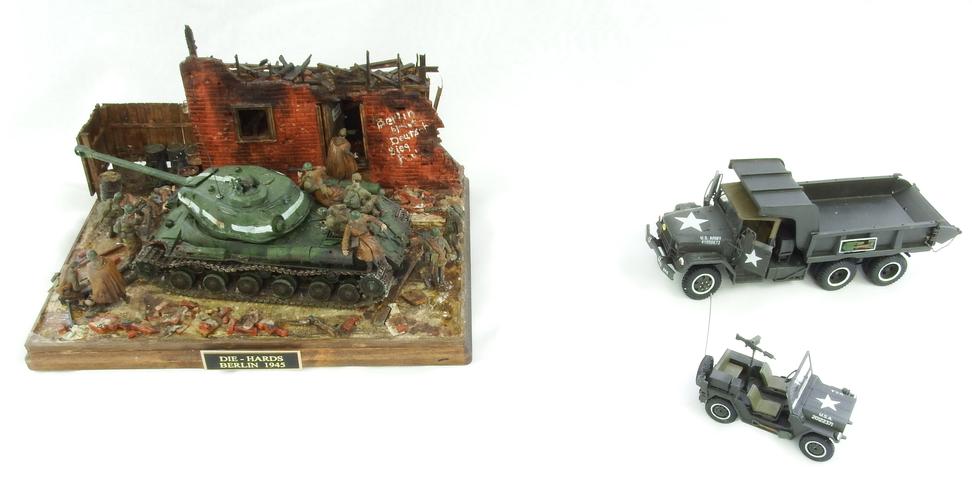 That’s pretty much it.  See ya at the August WS! 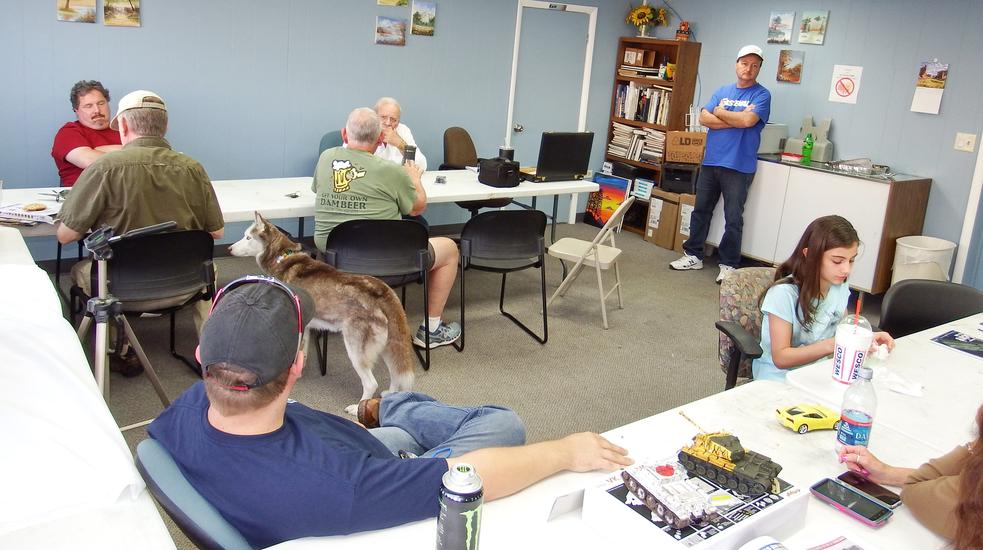