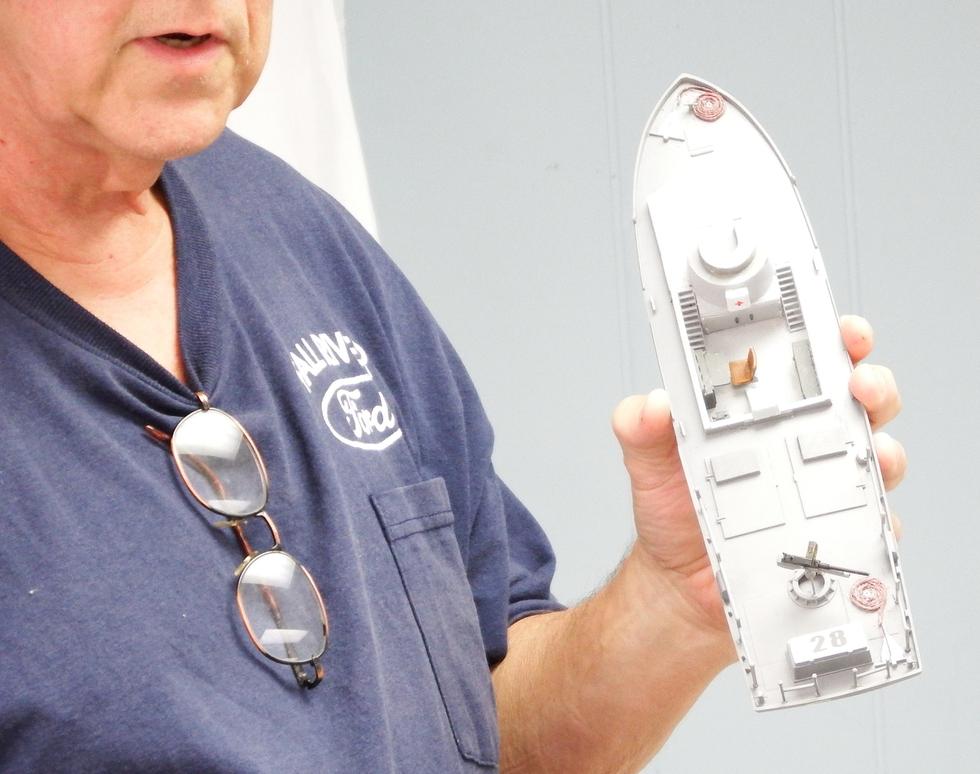 Also showing off was old man Bob Thompson.  He masterfully painted the 1/32 or 1/35 Armies in Plastic “King’s German Legion” figures and crafted a beautiful vignette.  He calls this “All Brits against Napoleon”.  He of course used Vallejo paints.  Great job, Bobbie! 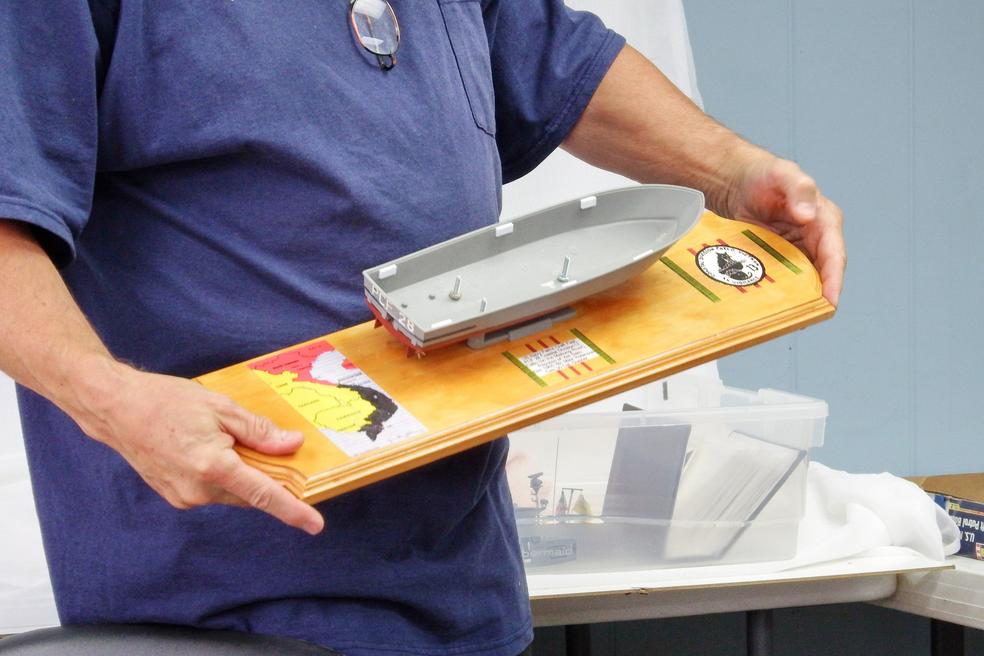 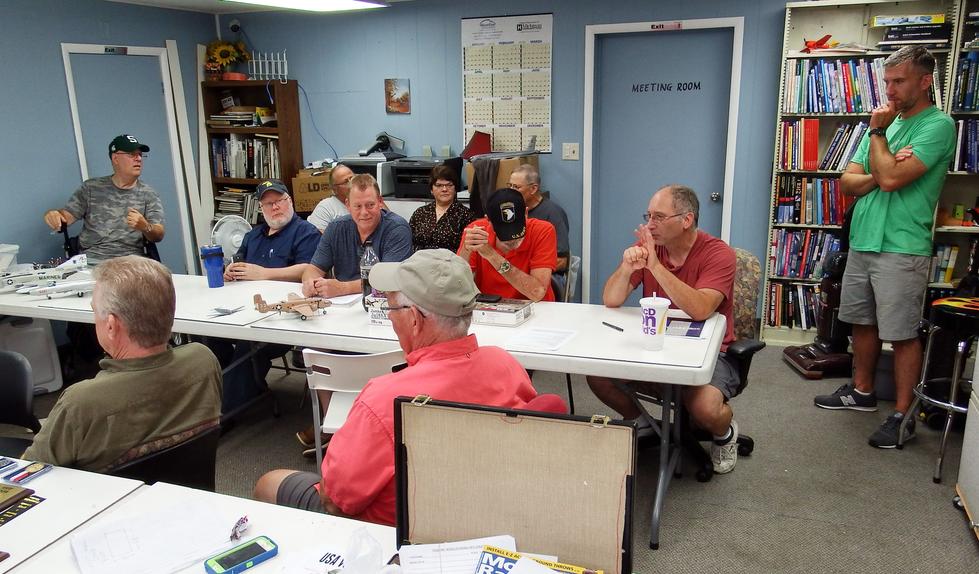 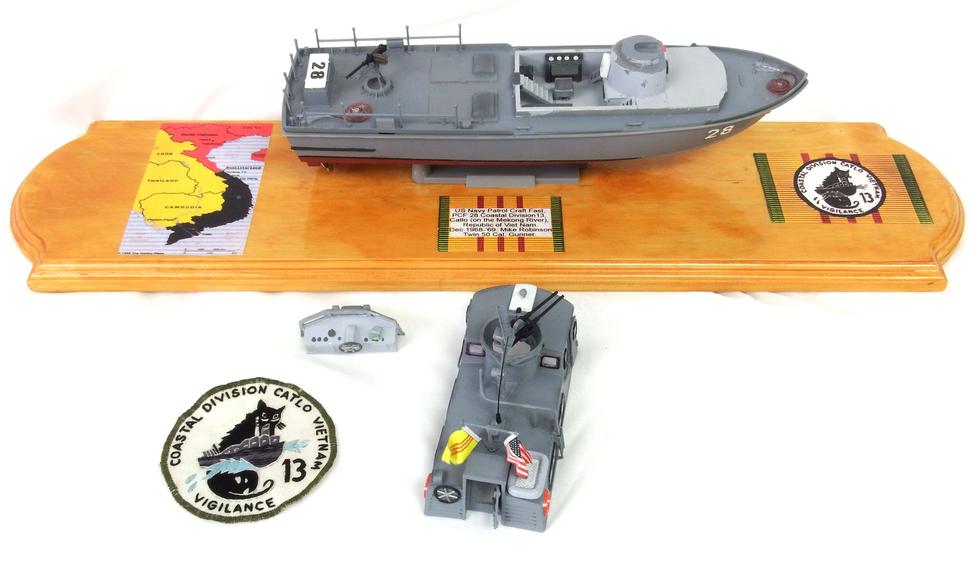 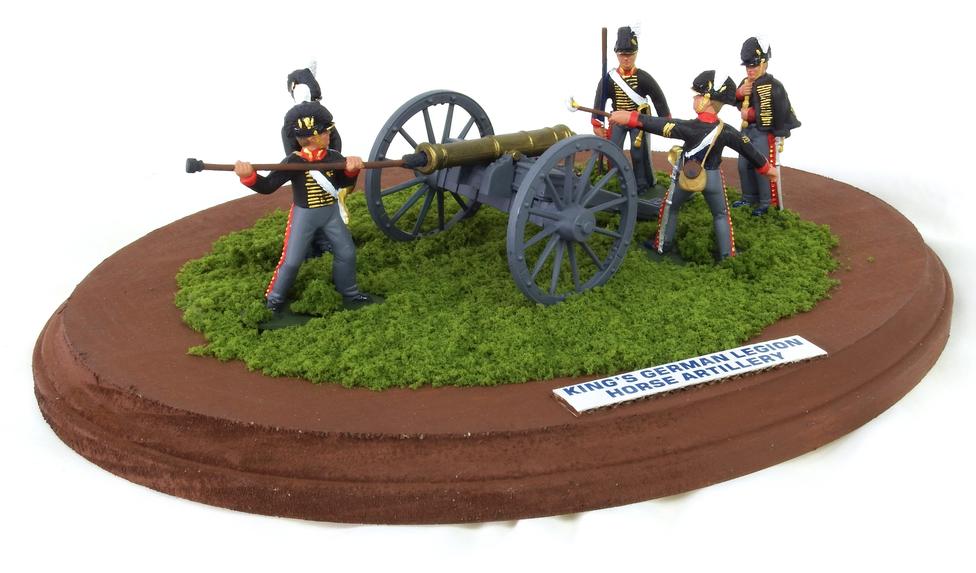 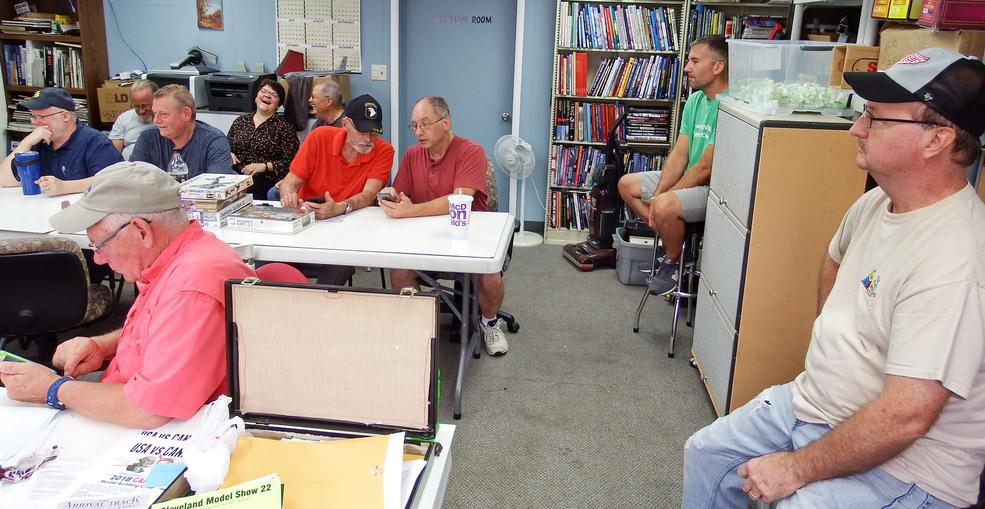 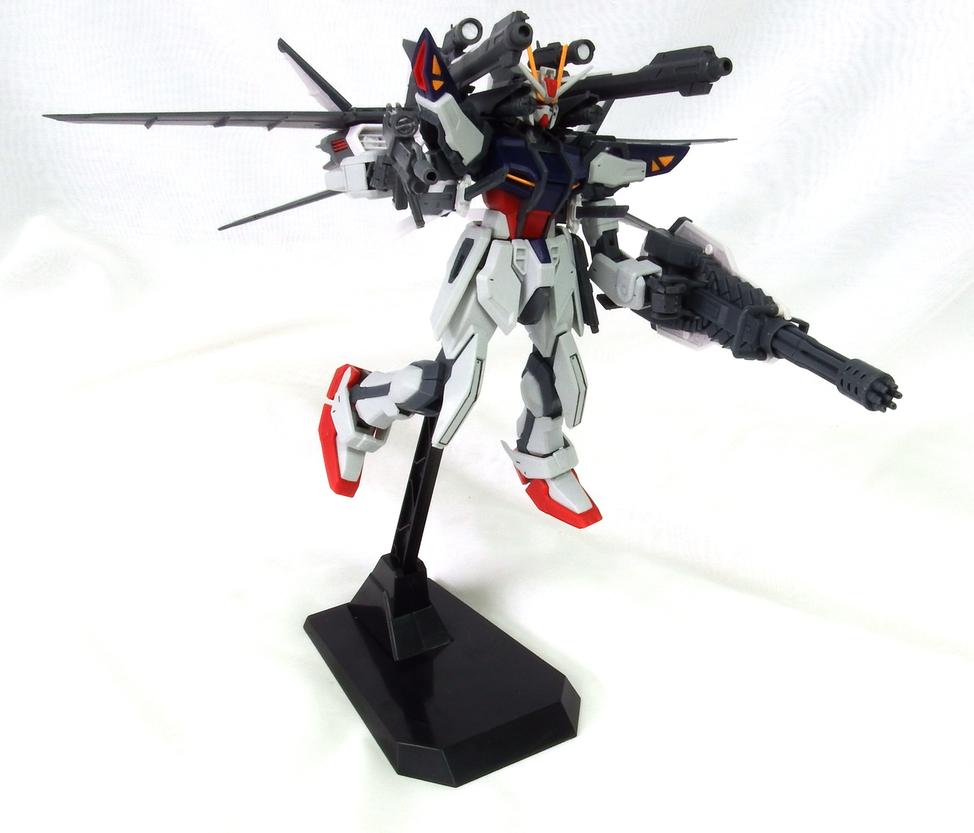 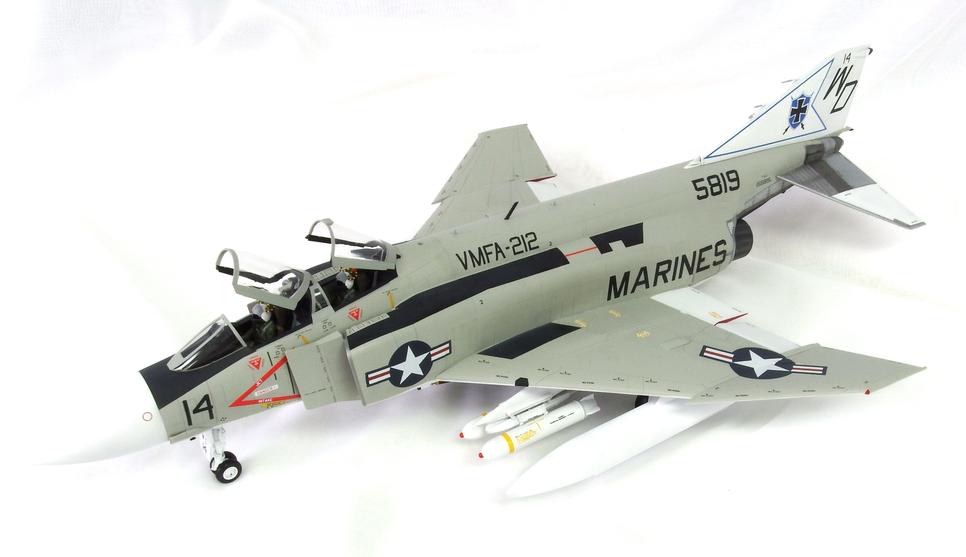 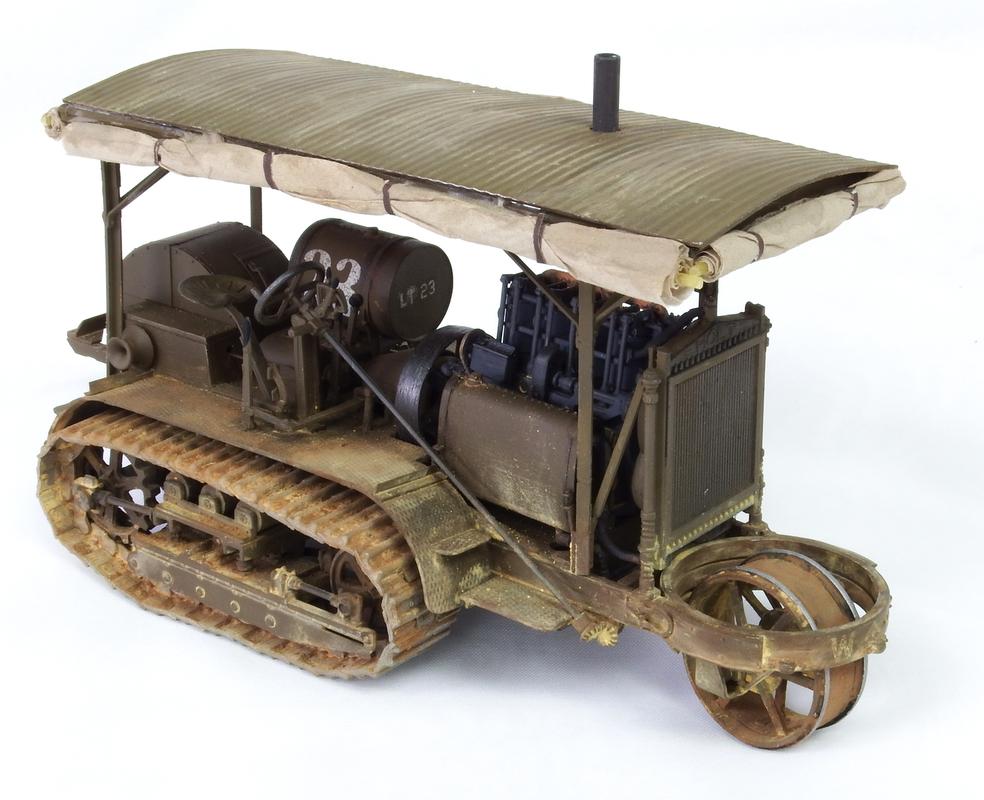 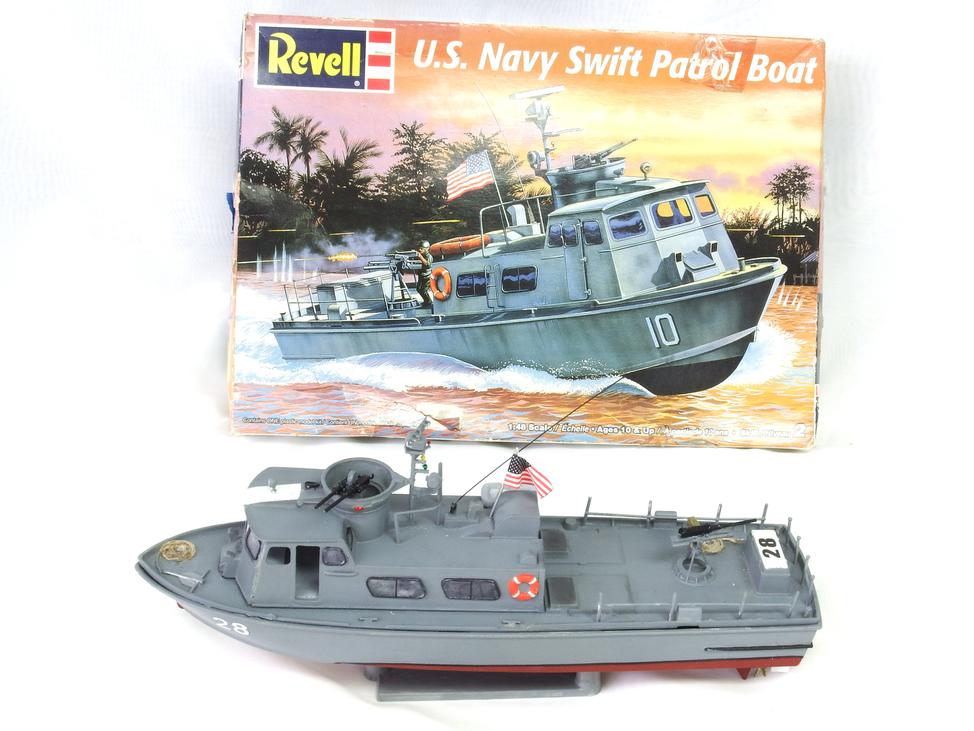 Let’s turn now to Prof. Leger.  Man, what a bang up job he did on this Revell U.S. Navy Swift Boat.  He modified it extensively to match exactly the boat that Mike Robinson served on.  He modified the hull, added an interior, rear hatch cover, scratchbuilt machine guns, and a spectacular base.  He also cut out the doors and added a control panel…among other things.  Wow!  Nice job, Bill! 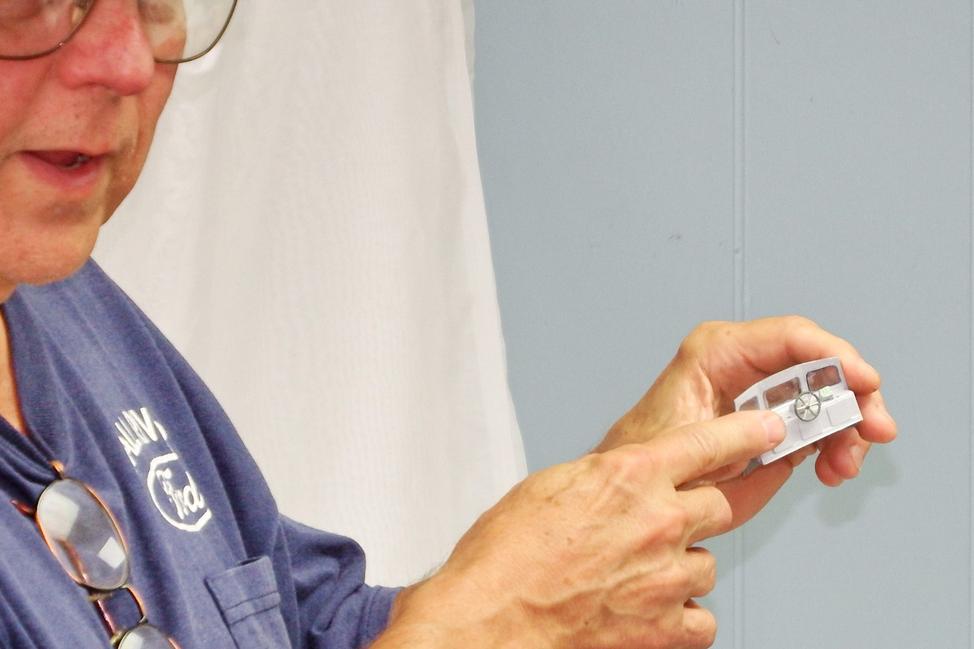 He’s not of this world…of course I’m talking about Mark Beck.  Here is his Strike Gundam + I.W.S.P.  The kit manufacturer is Dragon Momoko.  It is 1/100 scale.  I don’t understand it…but I know it is cool and a great build!  Thanks, Mark!

Here are the members who weren’t washed away in the flood.

Well, let’s take things in the order they happened.  That Doug Seekman has turned out be quite the show off when it comes to his models.  I have mentioned it before that he builds great models…and he brought in two more today.  First up is the 1/48 Accurate Miniatures B-25.  Note how he nailed the faded paint (faded pink) on this North African aircraft.  He used dry transfers for the numbers and kit decals for the National Insignia.  See the OD paint showing were the paint has chipped?  He thought of everything!  Next we have the AMT 1/72 KC-135A with Warbirds decals and Model Master paints.  Here is what I meant by a show off…he cast his own engines out of resin. Huh??  Jeez…  He built this beauty for Doug Schuur.

Ooops…missed it…here is a photo of the wide variety of medals won by Alan Vandam over the years.  Impressive!

Now that I look at the model photos, turns out everybody was a show off today!  That Jerry Bridenstein took the Roden 1/35 Holt 75 gun tractor (“One of the worst fitting kits I have ever built”) and turned it into a work of art.  I have one of these kits…and if Jerry hasn’t scared me completely away, I will build it in showroom condition.  I can’t compete with Jerry’s weathering.  Good grief that’s good!

Next up was long lost…and forgotten…Eric Stone.  He’s old and gray now.  A pitiful sight.  I say this because he said the only reason he showed up was because the family plans were washed out by the torrential rain.  Yeah, well, we love you, too!  ;-)  Seriously, it was great to see Eric again and what beautiful models he brought in.  First is his 132 Tamiya F-4J VMFA USMC Lancers based out of Hawaii which saw combat in Vietnam in 1972.  Next his Trumpeter 1/32 Mig-21 MF in Vietnamese People’s Air Force markings…also circa 1972.  Great job on both, Eric…and come back soon! 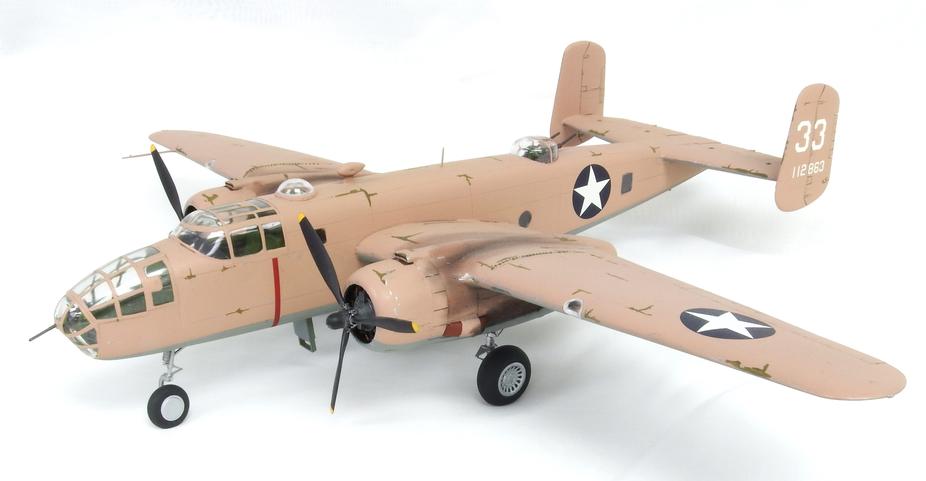 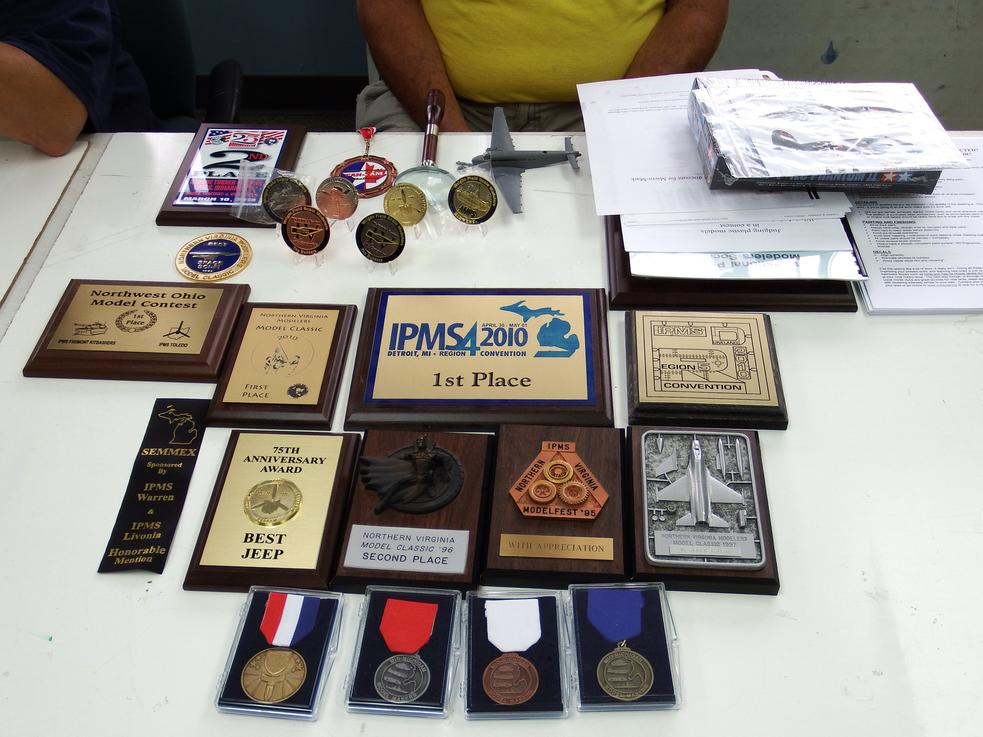 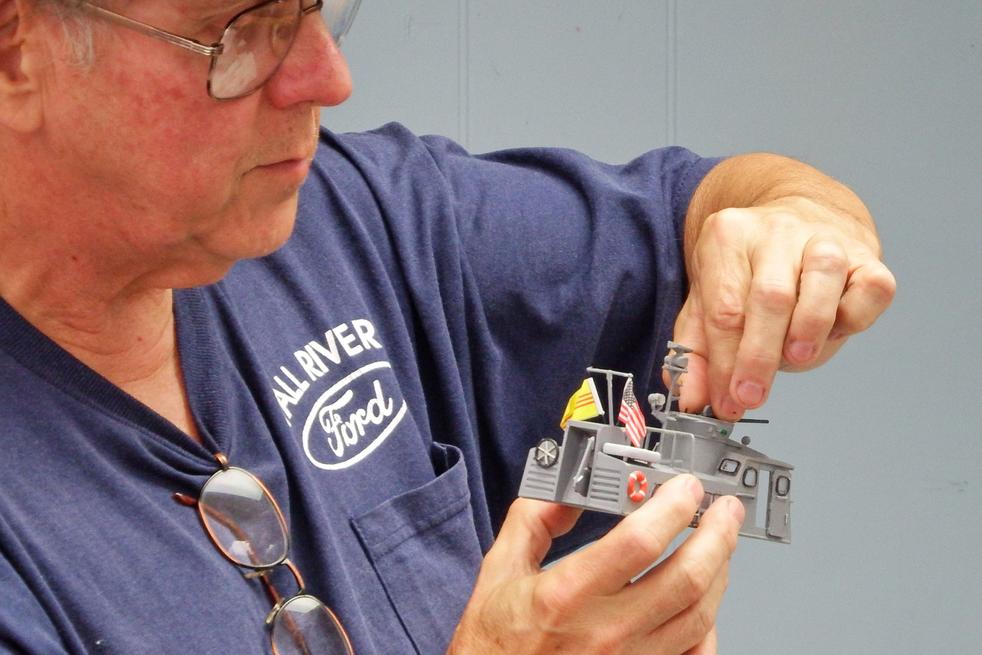 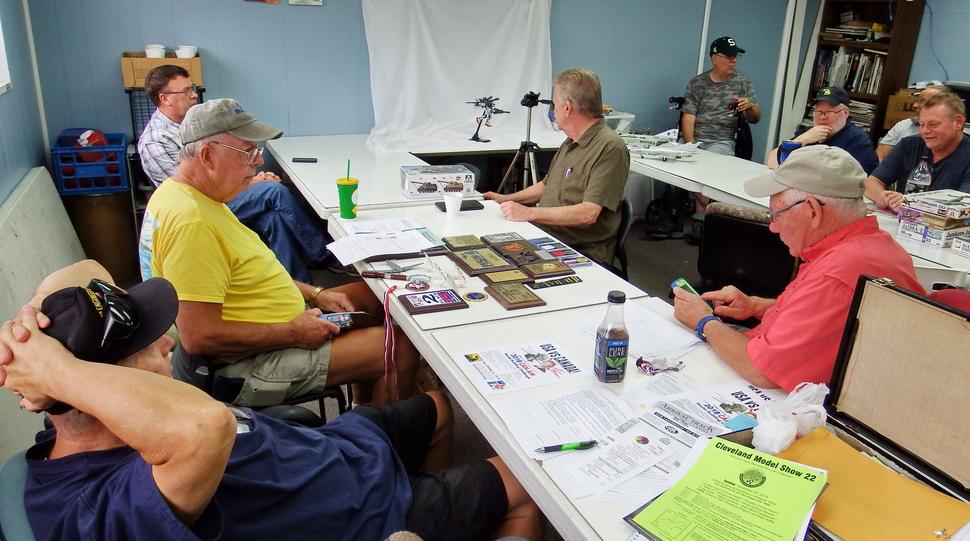 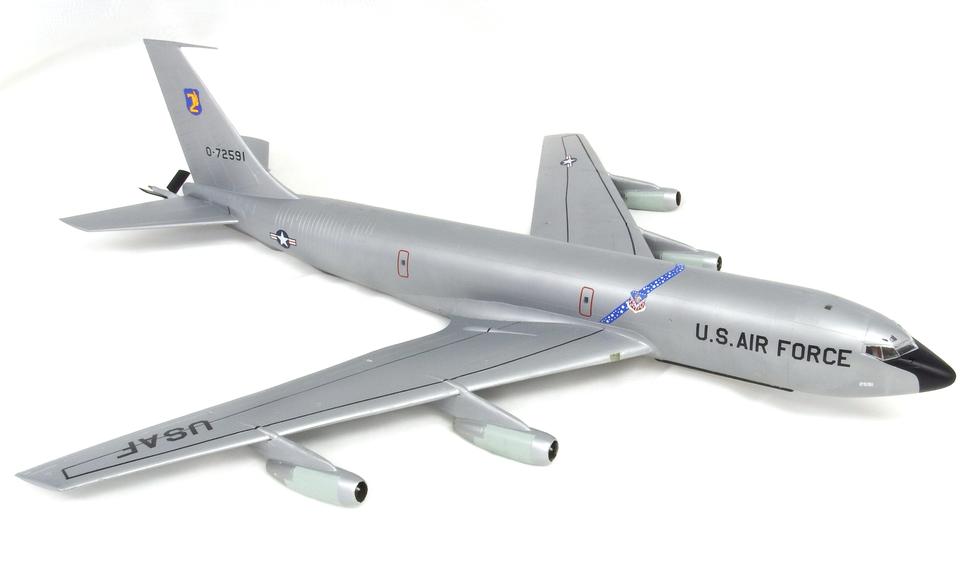