Stanley Carrier is also preparing for the Challenge with his first diorama.  Those nasty Germans are about to ambush us!  He did a great job with the Miniart cart...looks really cool!  The Dodge WC63 truck is from Italeri with the figures from Tamiya.  The base was made from foam.

The driver is lost and just said, "We passed this cart three times"...but the Germans are waiting this time!  Nice job, Stan! 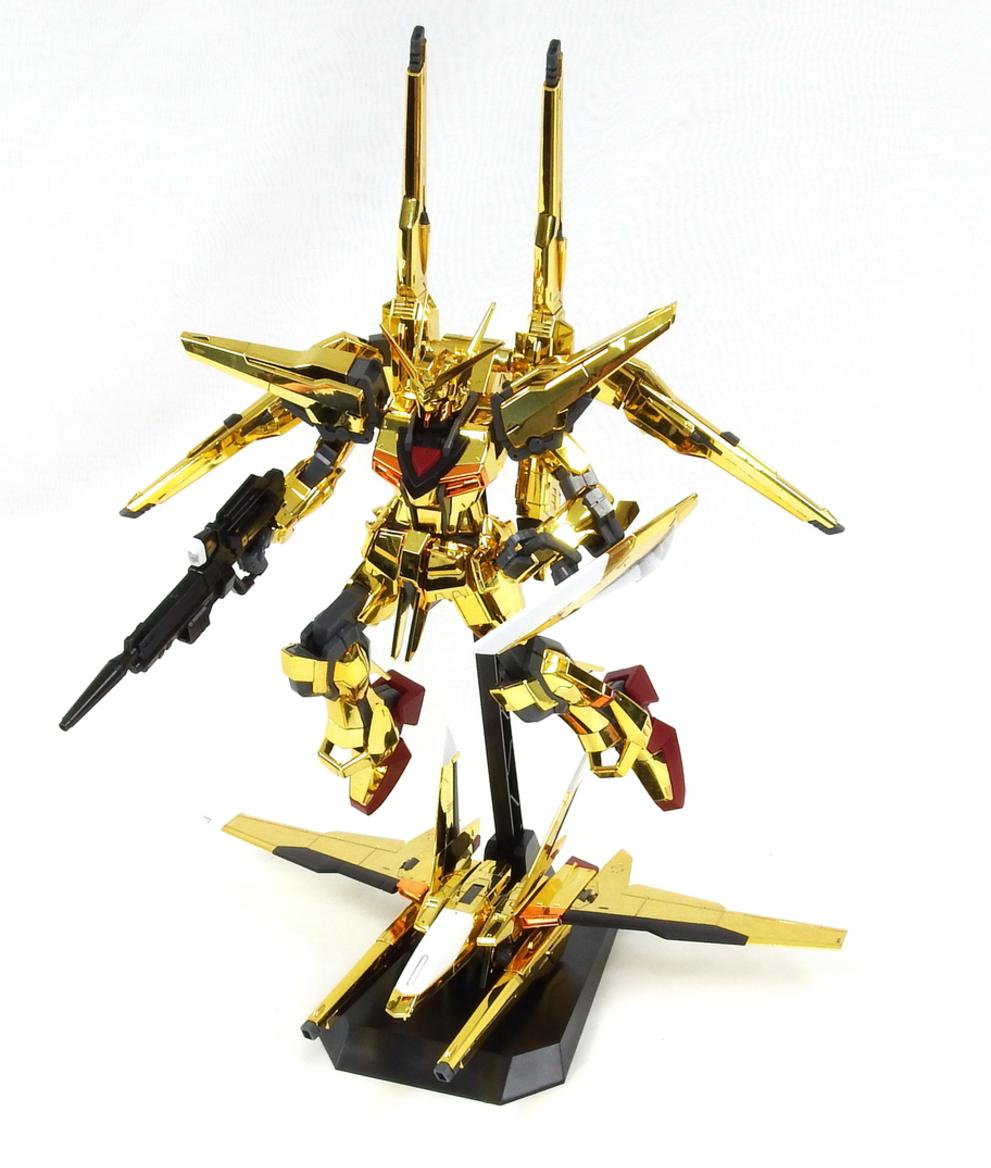 Hope to see you ALL at the Ridout Challenge!!  TRIAD ROCKS!! 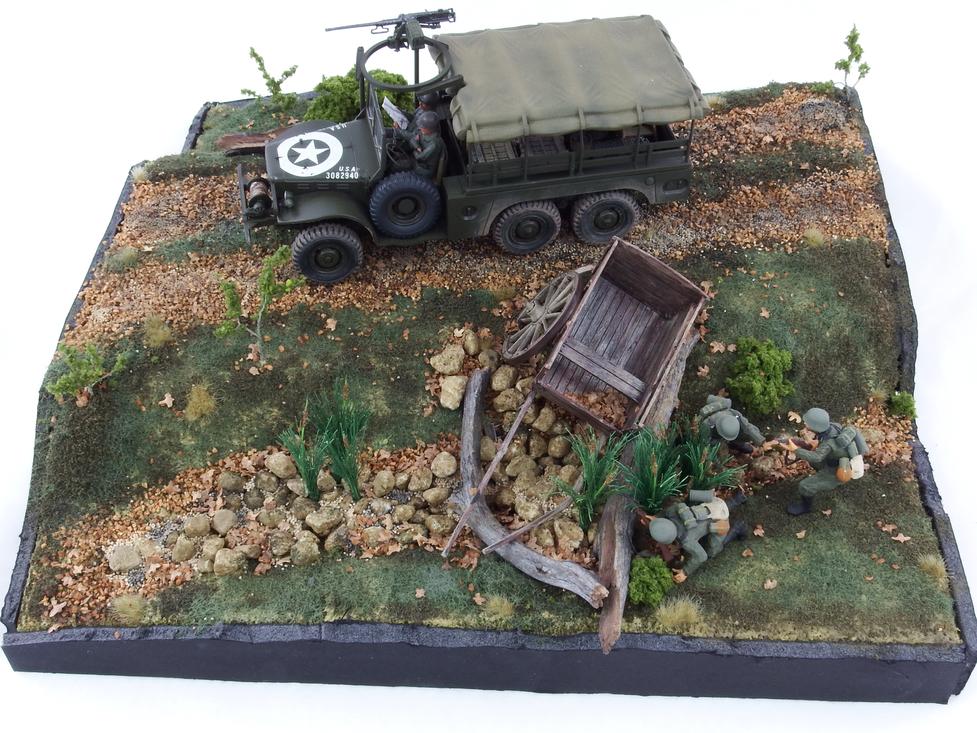 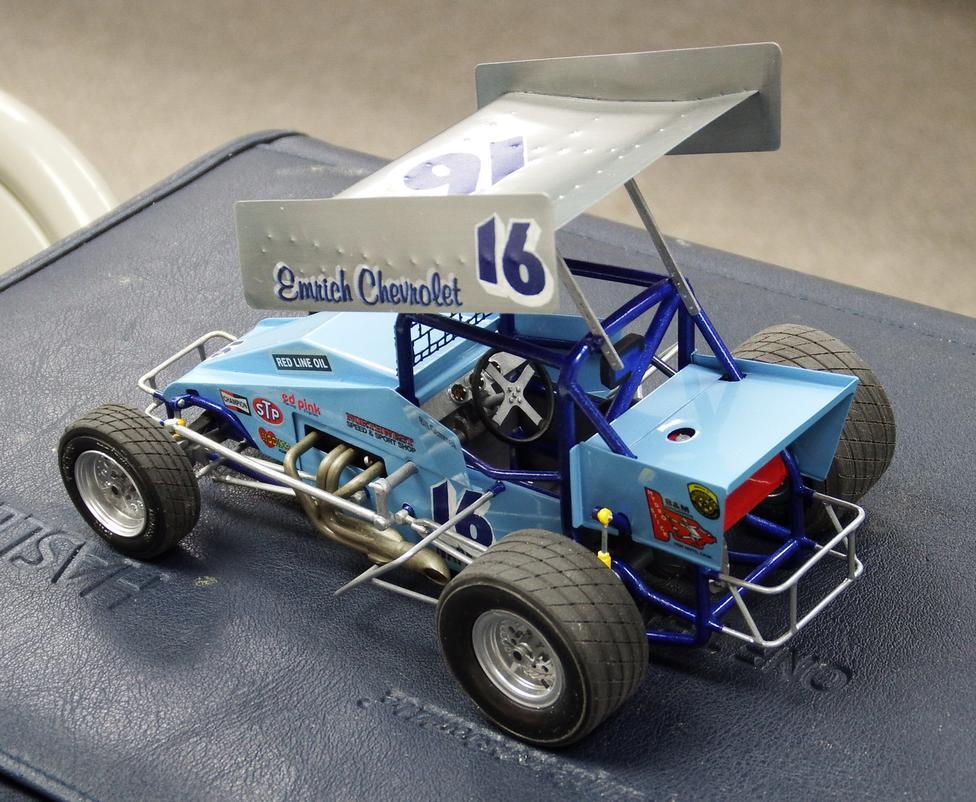 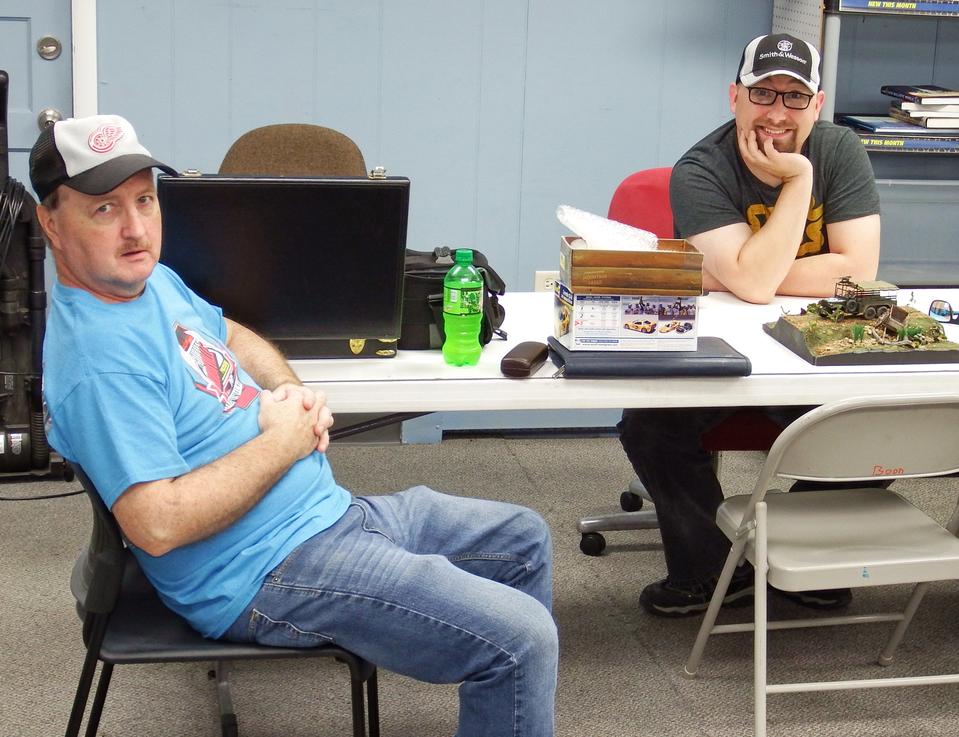 Tom Howard showed off his post war British Army Saladin MkII Armored Car.  This was a 1970’s Tamiya kit and Tom used Tamiya paints sprayed with his Iwata airbrush and compressor.  Tom says it was a fun build and I would say it looks awesome! 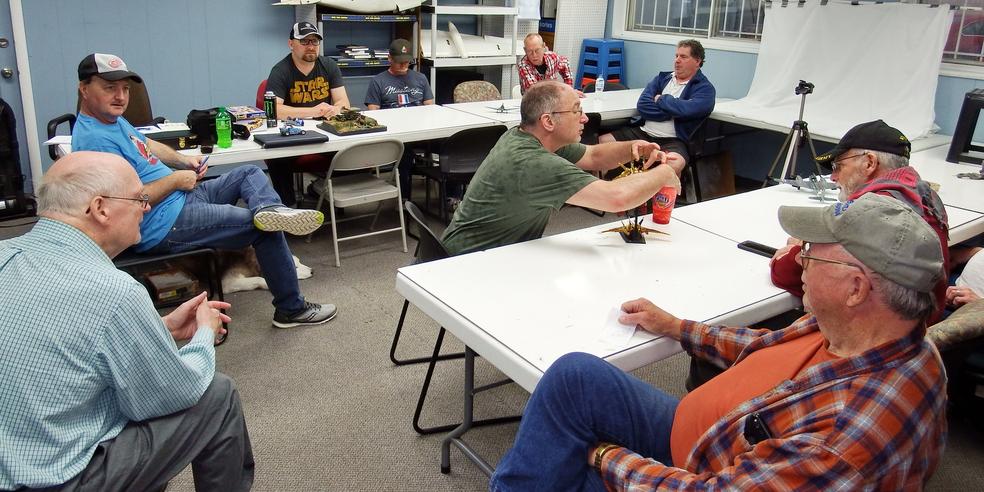 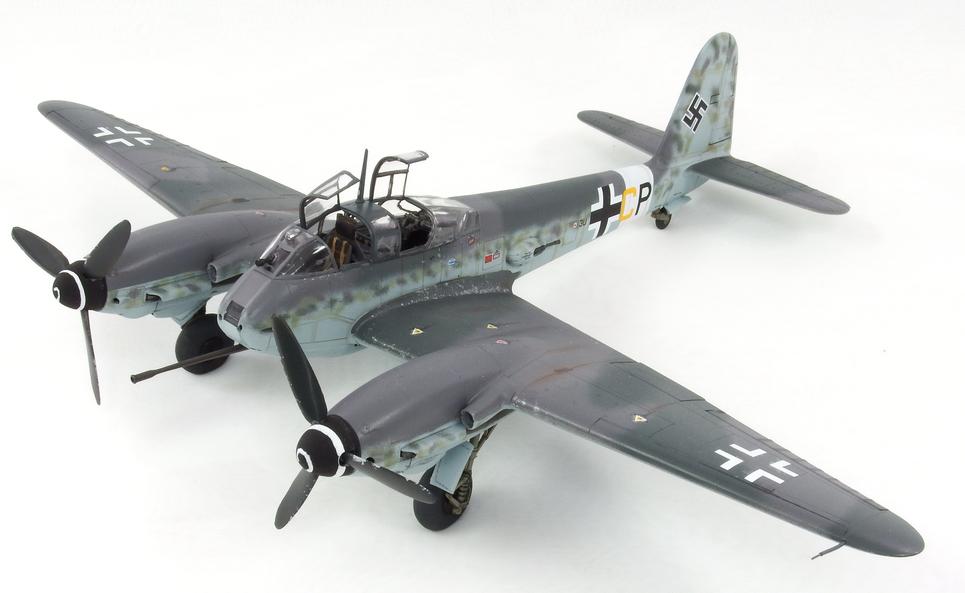 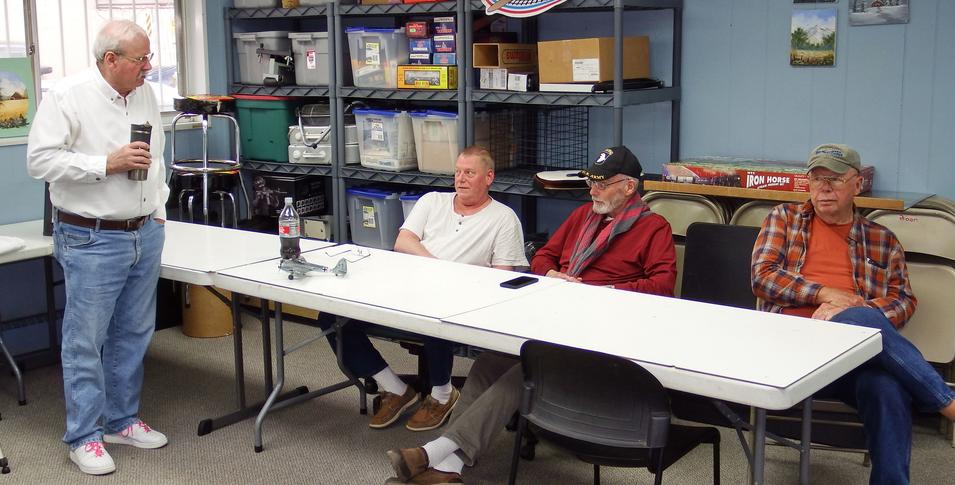 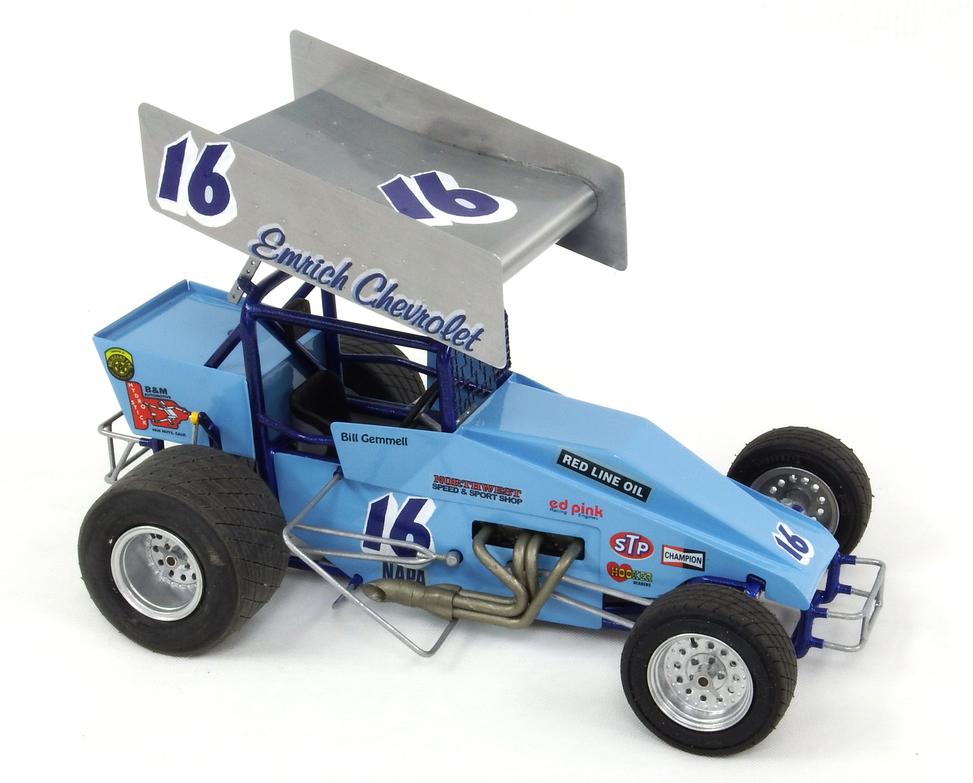 Let’s start off with the President’s dirt track model.  He plans to enter it in the Ridout Challenge.  Yes, I’m leaving my car models at home….
This is a San Jose Dirt Modified which started off as the Revell/Monogram kit.  He rebuilt the frame, scratchbuilt the wing, hood, body panels, headers and bumpers.  The wing is made from that thin aluminum sheet that he got from Jerry Bridenstein.  Speaking of Jerry, we all signed a get well card which will be forwarded to Jerry on Monday.
Yeah, #16 is amazing!!

Mark Jahsan’s theme for today is, “Monogram 1/48 U.S. Navy aircraft from the Coral Sea battle in 1942 that I built at least 25 years ago”.  I think that pretty much sums it up!  Two of these models were very toy like but Mark took care of that issue!  He drilled out 265 holes in the Dauntless’ flaps, added resin engines, and the markings are from his spares box.  Super nice job!

Mr. Doug Seekman brought in another beautiful aircraft model…this is the Revell Me 410B2/U4 which has the oversized 50 mm cannon in the nose.  He painted it with Mr. Color, Aeromaster Decals, and weathered with pastels.  I hope he attends the Challenge…I think he can give Novasad a run for his money!

Mark Beck took first place for shiniest model!  This is the Bandai kit of Akatsuki Gundam.  The kit can sell for up to $200 but Mark got a deal at $60.  It sparkles!!  Lookin’ good Mark! 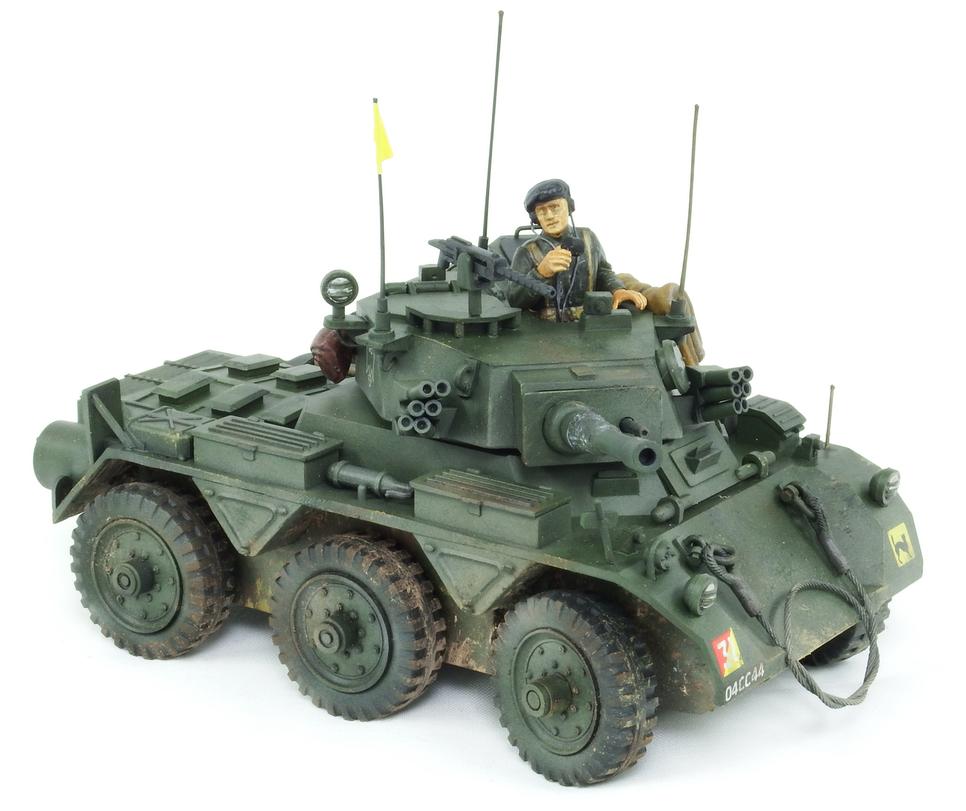