See you at the October work session and don’t forget we have to talk about Dug’s model contest. 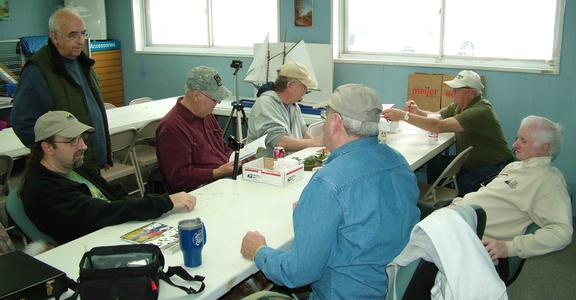 We conclude with four photos of the guys having a good time…or at least pretending. 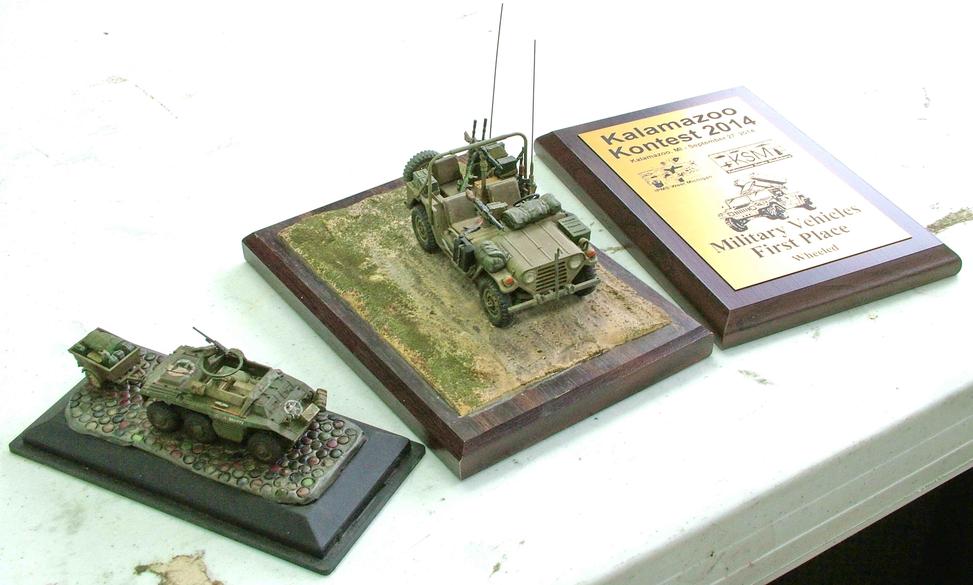 We have a winner!  Tim Ridout took a first place with his 1/35 Israeli M151-A2.  Tim really worked over this Academy kit with radio wire, weathering, Uzi, and a RPG.  Way to go, Tim!  To the left, we have his 1/72 Italeri M-20 scout car.  He added lots of detail including an Airfix trailer.  The cobblestones were made from a two part plumber’s putty.  Sweet!

Jeez.  Doug Schuur just looks for trouble.  Look at these three F-18 Hornets.  Look at the digital camo on the left and right models.  Those are decals.  They take forever to apply.  You have to be crazy to do this!!  Starting on the left, that is the E version, C version, and the F version.  The one on the right celebrates the one hundredth anniversary of U.S. Naval Aviation and the camo is a special paint job. 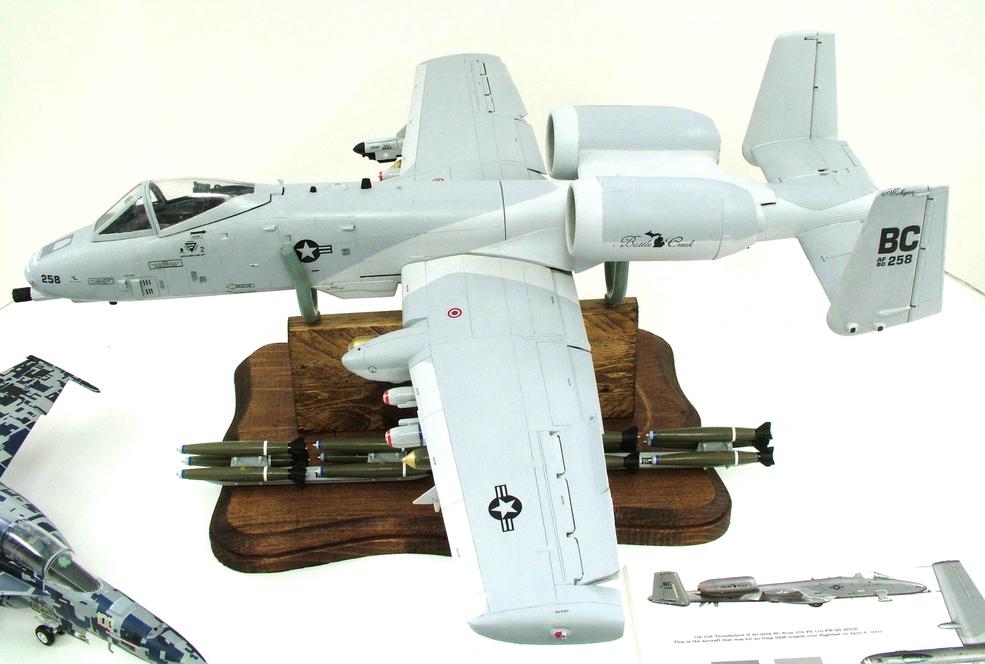 Bill Leger, who I thought belonged in a museum years ago, remains busy building museum quality models…this A-10 Warthog is for the LST Museum.  This model started life as the horrible Trumpeter 1/32 kit.  Great resin engines but a very poor cockpit.  The Michigan decal was custom made by Bill.  Looks fantastic, Bill! 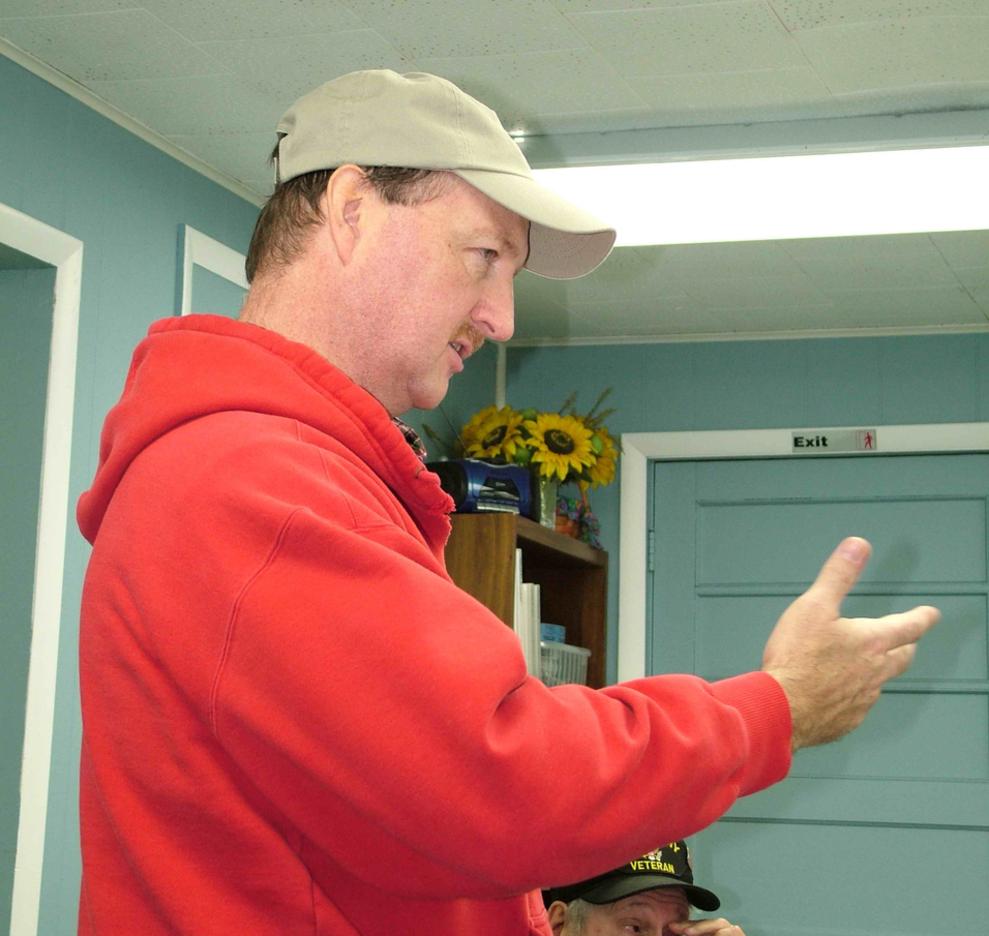 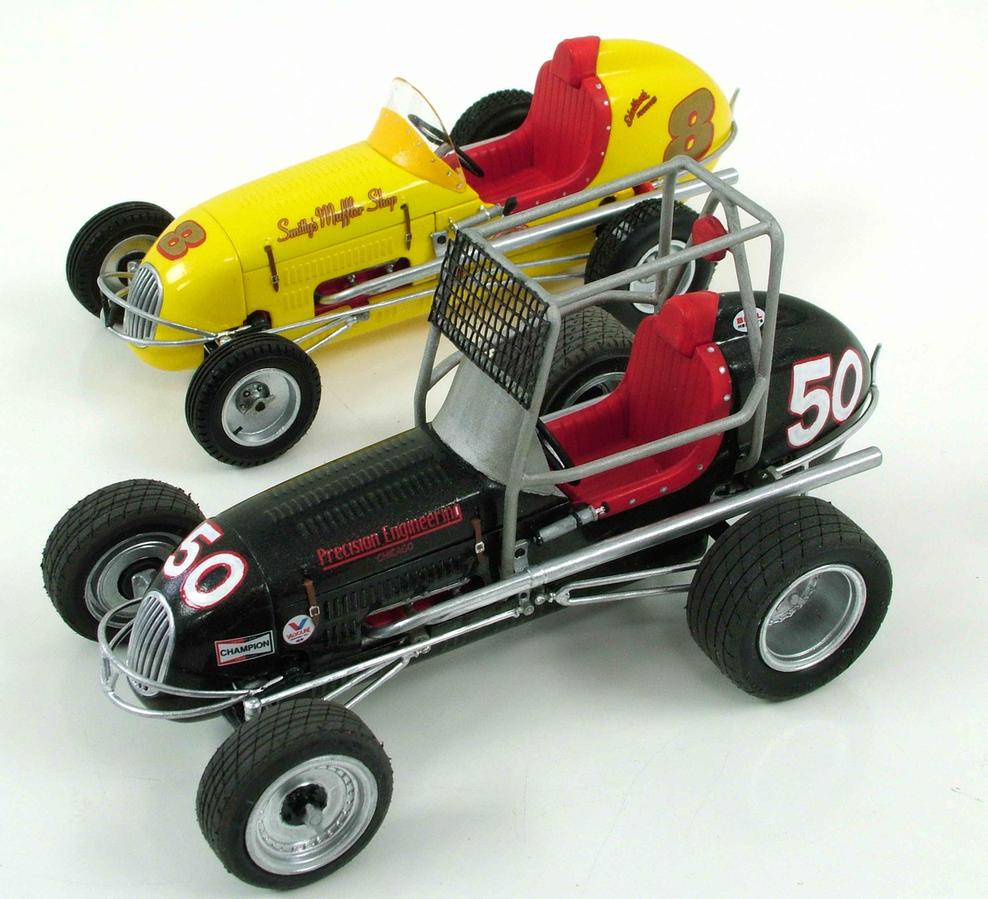 The modelers who entered car models in the competition category at K-Zoo dodged a bullet this year as JR didn’t attend.  If he had, they would have lost and his black Kurtis Midget V-8/60 would have won.  He built this Revell kit mostly stock but added a roll cage, wider tires and wheels, grooved tires, and hand painted numbers.  Yeah, those guys lucked out this year…watch out next year! 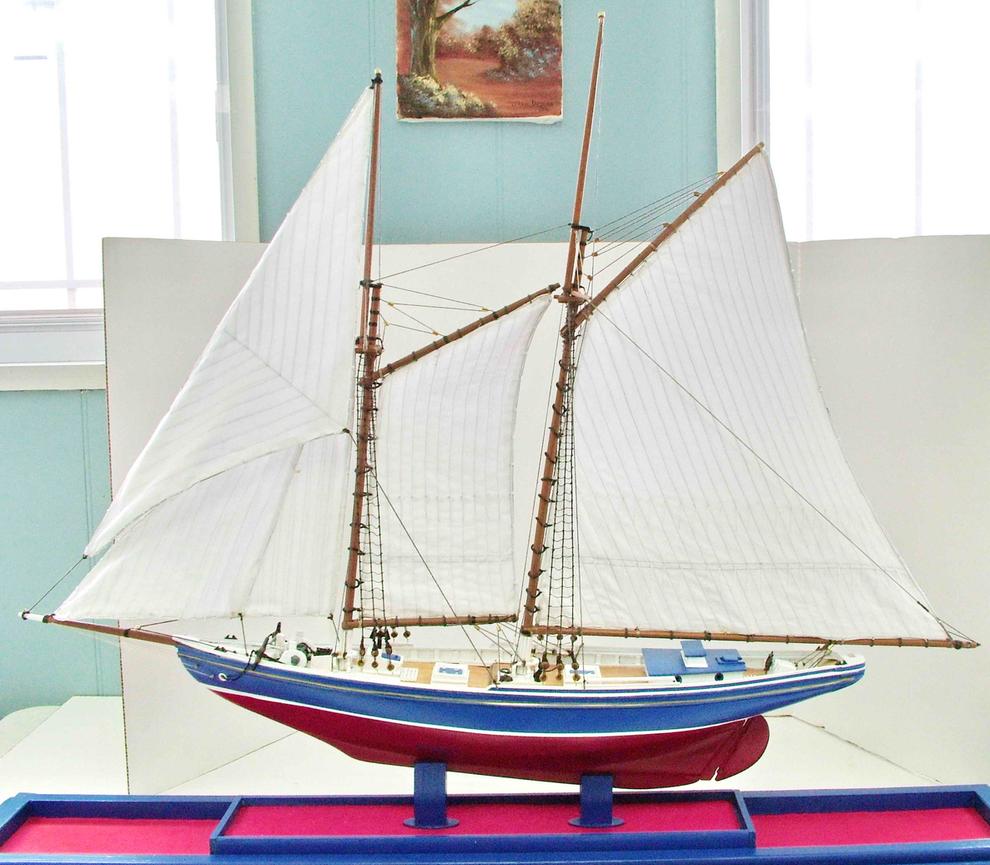 Francisco Alavarez proudly showed off his just completed fishing boat, the Benjamin W. Latham, a 1/48 wood kit from Model Shipways.  Credit has to be given to his daughter for the fantastic job she did on the sails.  Magnificent.  Despite bad plans, Francisco did a masterful job as usual. 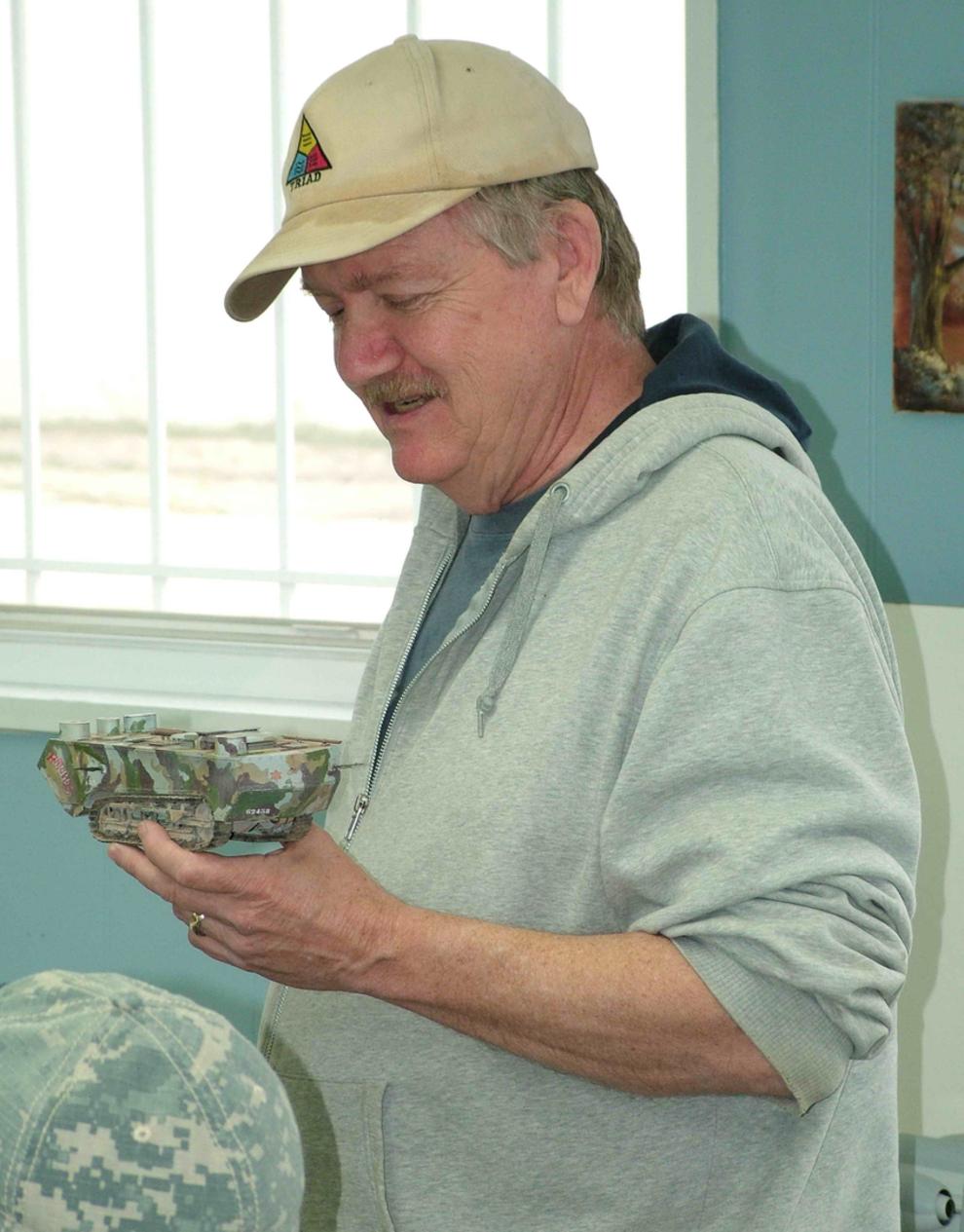 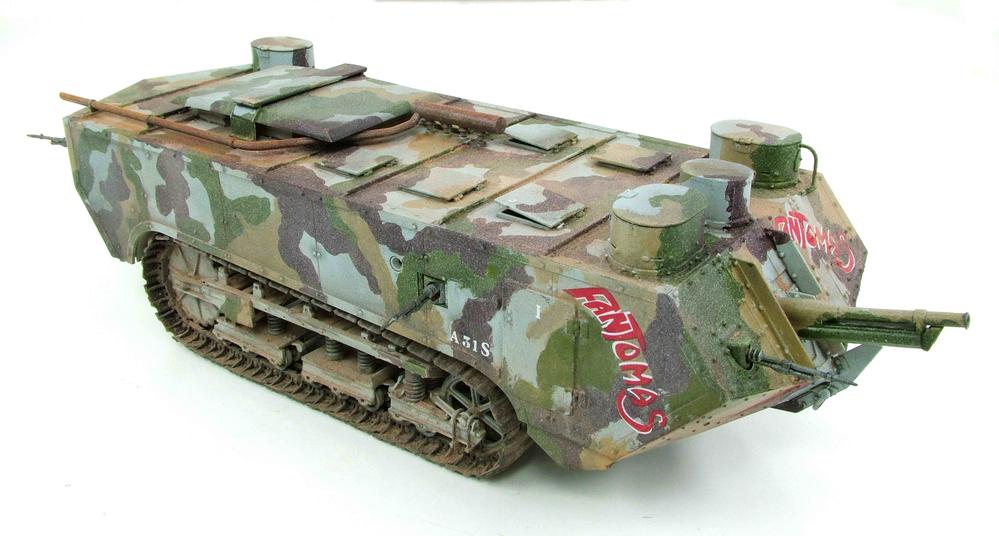 Big Daddy Jerry Bridenstein brought in his 1/35 Takom St. Chamond WW I “tank” that he took to K-Zoo.  This baby won a…eh, what did Jerry say…oh, yeah, an award for Out of the Box.  Congrats, Jerry! 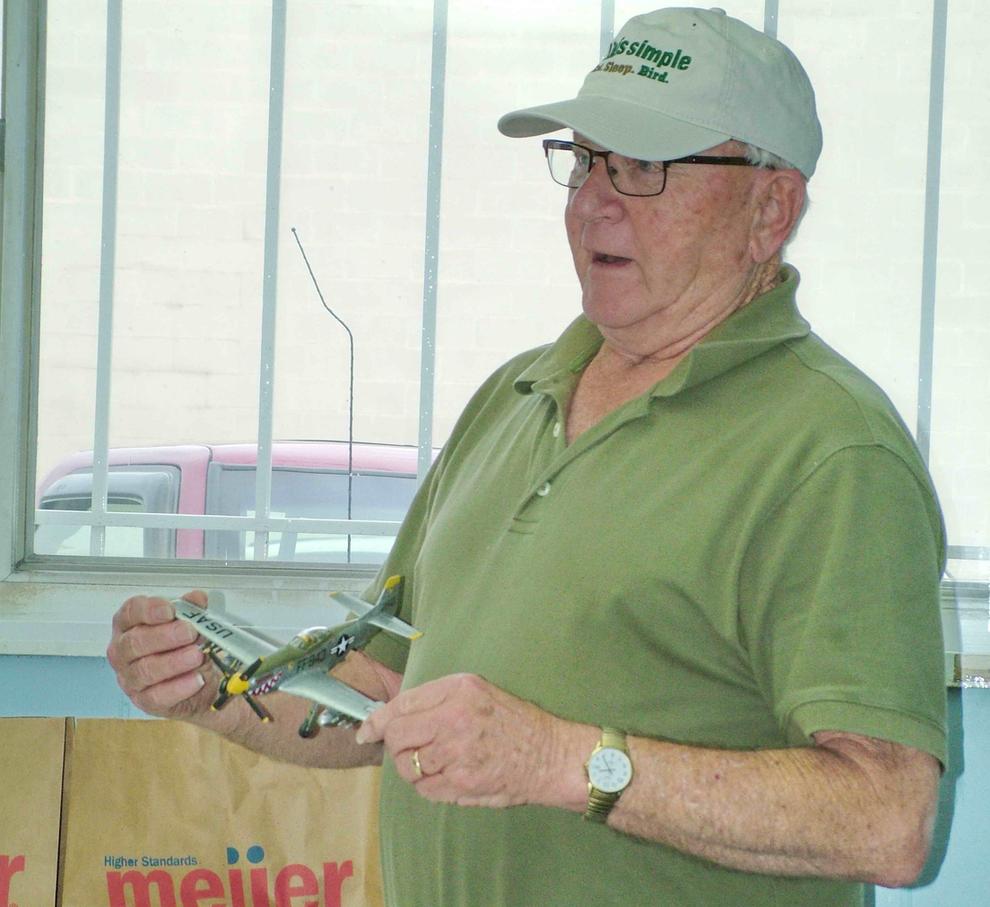 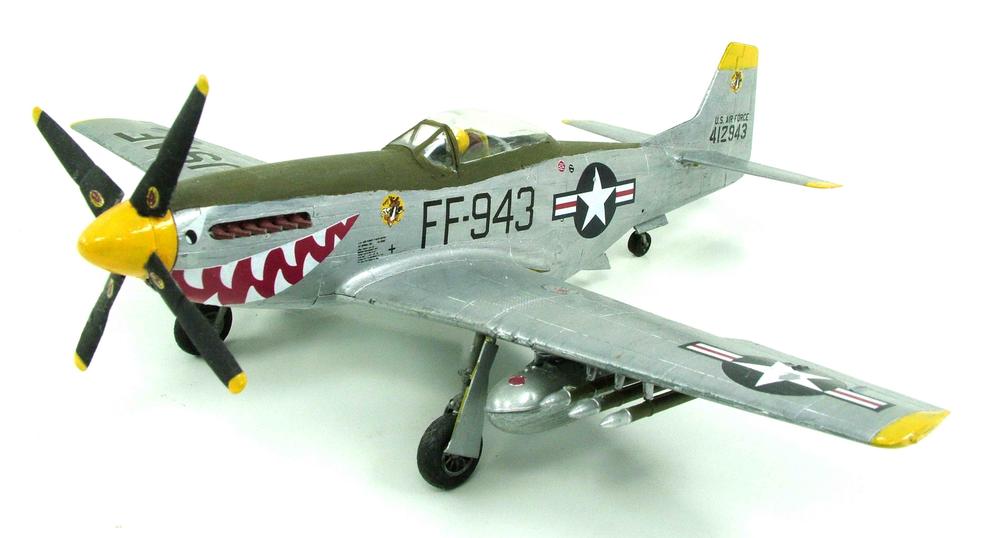 Feller Dewitt brought in another great looking P-51…eh, an F-51 Mustang.  This plane was used for ground attack during the Korean War.  Feller said this 1/48 Tamiya kit was wonderful as usual and “pretty hard to screw up…but I can.”  I guess he was able to gouge out one of the Super Scale decals.  As usual, the model looks fabulous! 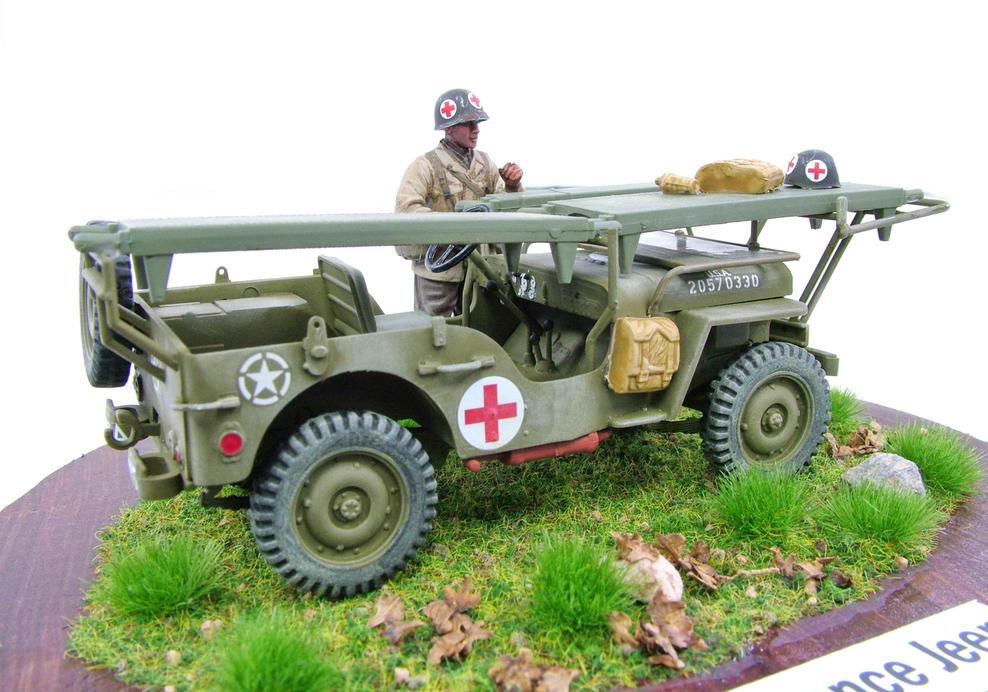 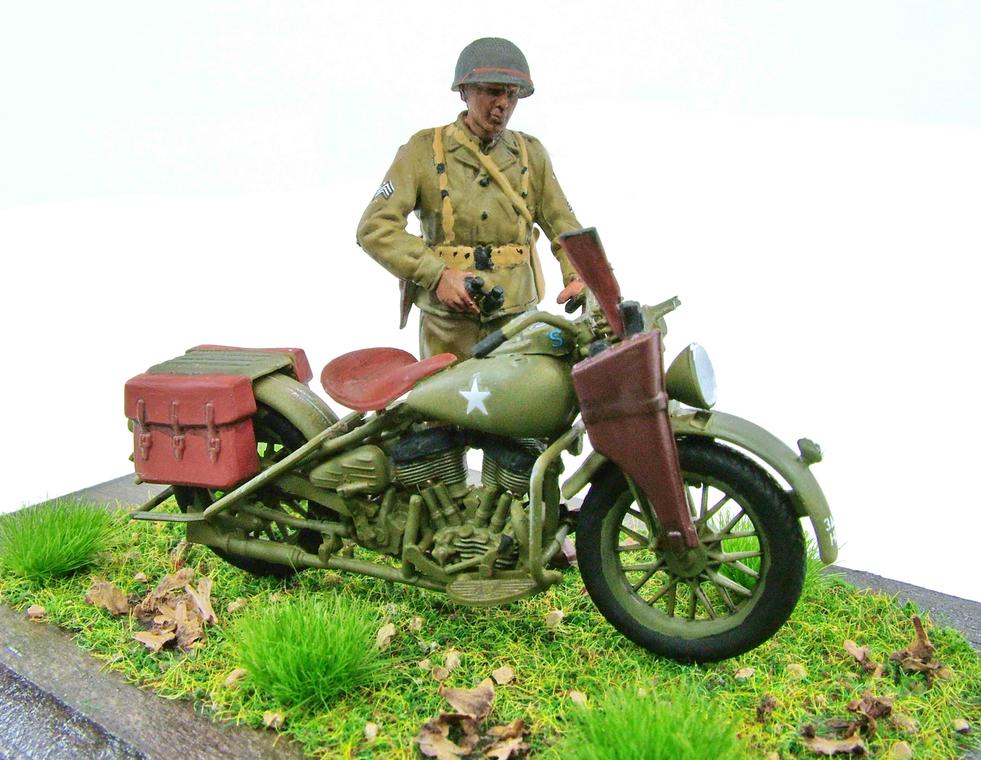 Speaking of Bob, he can’t really be rusty…looks at these models.  The guy really has the touch.  Or is he touched in the head…no, that’s me.  The Jeep ambulance and the Harley motorcycle are by Italeri and the figures by Dragon.  Sweet as usual, Bob! 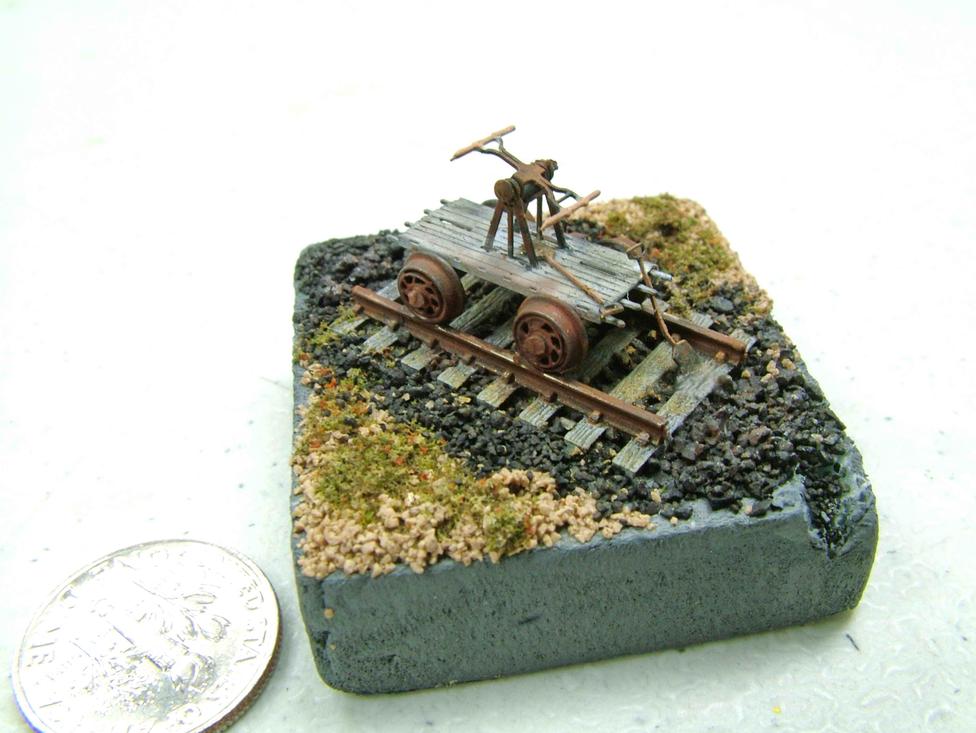 Al George may be old as dirt but his modeling just keeps getting better!  Look at his tiny N scale hand car.  I could go on and on about how great it is (the handle even works!) but look at those wheels…perhaps the best rust job I’ve ever seen.  The only thing I’ve ever seen rustier than that is Bob Thompson….  ;-)  Great, Al!