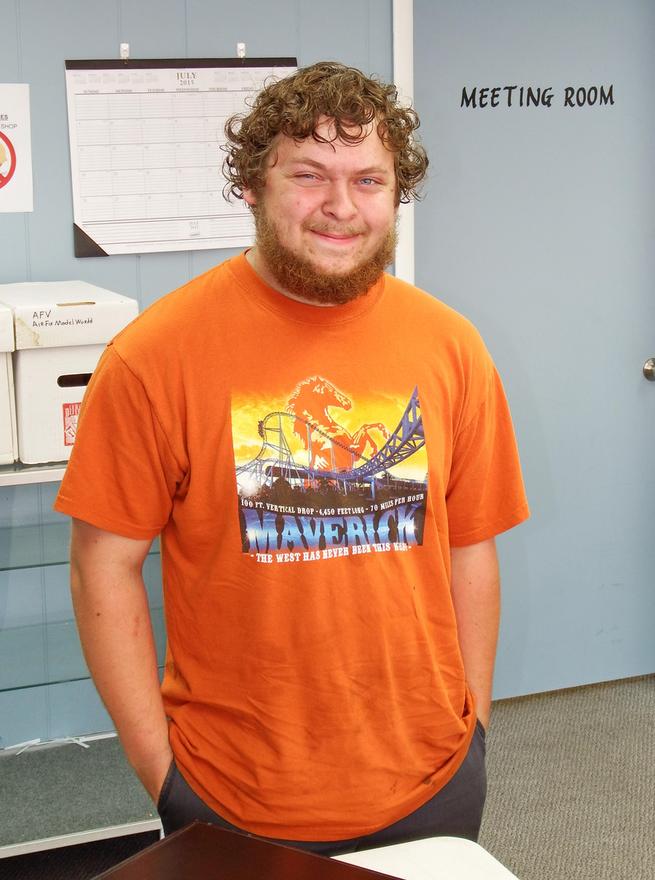 And then the bad news arrived.  I thought he was in prison or something.  I had heard he had taken up stamp collecting.  You take all the worthless scumbags in TRIAD (you know who you are!) and roll them into one and you get this guy…Eric J. Gemzer, AKA The Punk.
He just lost his job on Friday so he thought he’d stop by and ruin our day.  Want you know what he’s doing for fun these day?  No?  Well, I don’t care, I’m going to tell you anyway…he races in demolition derbies and those crazy figure eight races.  He even took a first at the Berlin Speedway.  Yeah, first at wrecking and destroying.  I think we all knew the first time we met him, when he was just a little puke, that his life would end up like this.  I think the first clue to his demolition inclinations was when he’d show off one of his model cars and invariably the wheels would fall off!  I invited him to the August S&T.  I’m so sorry….

Here we have Dale Yonkers taking notes on Bob’s diuretic lesson.  Or, he might be writing down his new address.  He’s moving from Fremont to West Olive. 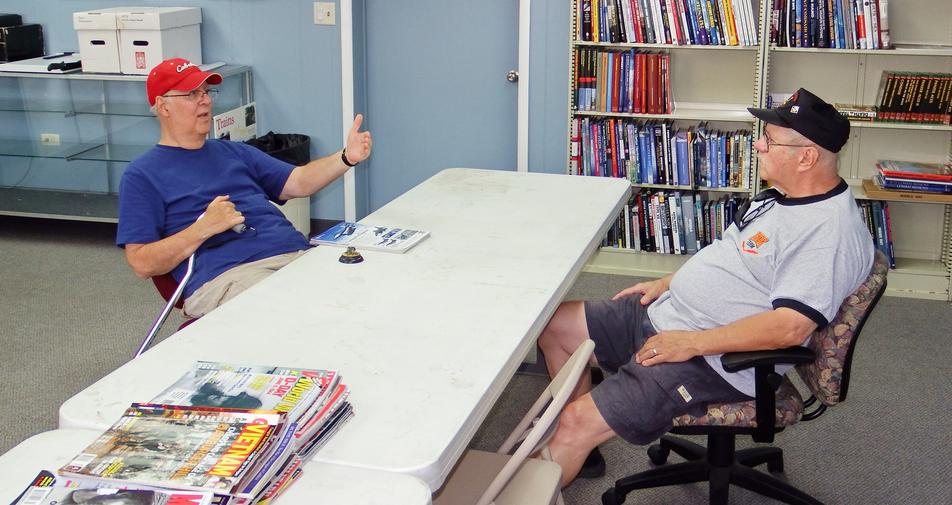 I was having a really, really good time at the Work Session and then eight other guys showed up.  Bummer.  And since our President, JR, was at a Christmas Party (yes he’s a little confused), skill level 1.55 had to find a way to control the unruly assembly.  Having failed that, I decided to give up and just wait for JR to return to the August S&T.

Be sure and check out the books in our new library.  Wow!  Dale really donated some amazing reference books.  Seriously!

​
Here we have Bob Thompson educating the Prof. on the history and efficacy of diuretics.  I hear Bob has become an expert!  ;-)