Mark Beck brought in a wood ship model that he was able to purchase complete for $5.  Unfortunately, it didn’t make it to the photo area so I don’t have a photo.  Hopefully, Mark will bring it back in along with the stand and we can capture it on film…eh….in ones and zeros. 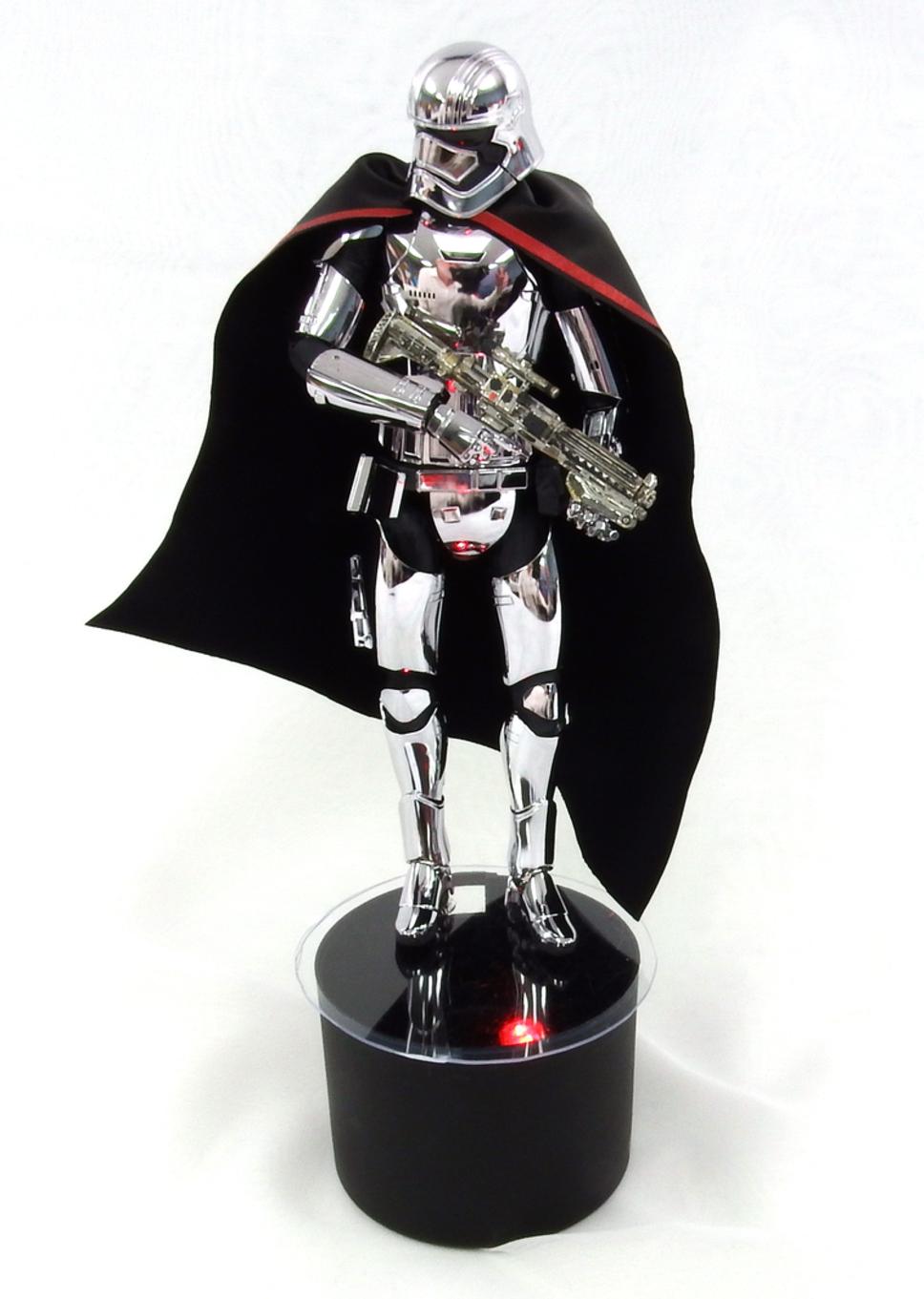 Stan Carrier got in touch with his French side today with three French tanks. First up is the Tamiya Char B1 Bis tank with snap together operable track links.  Next is the Tamiya Somua S35 tank painted to represent 1940 cavalry service.  This also has workable track links.  And then we have the Trumpeter Hotchkiss H35 which utilizes some Tamiya detail parts and Tamiya paint.  Escargot anyone?  Great job weathering, Stan! 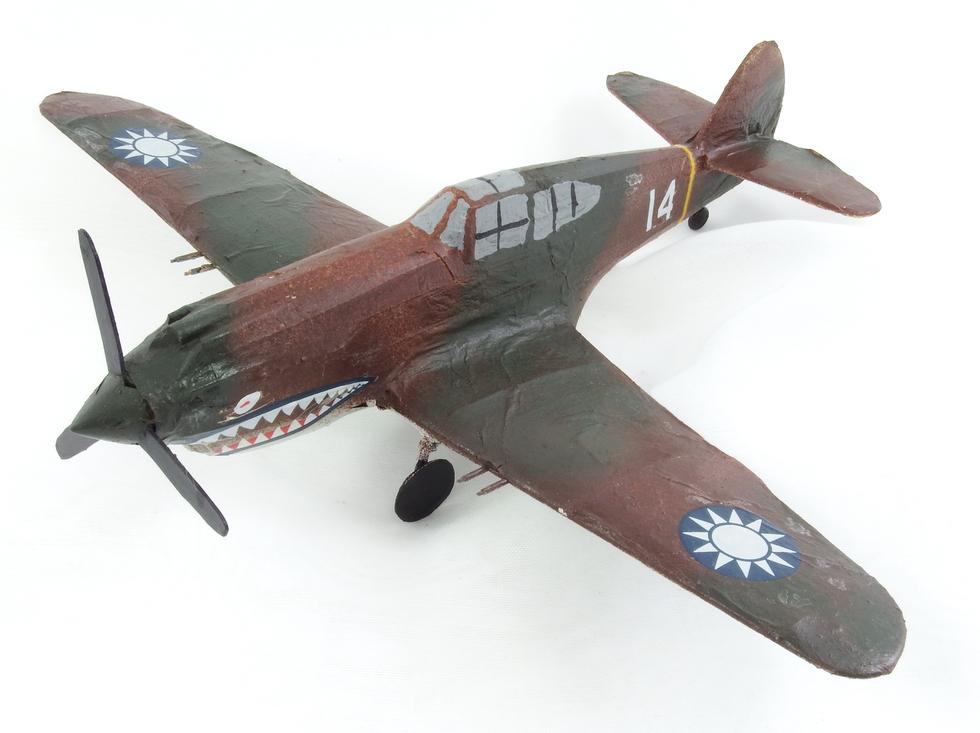 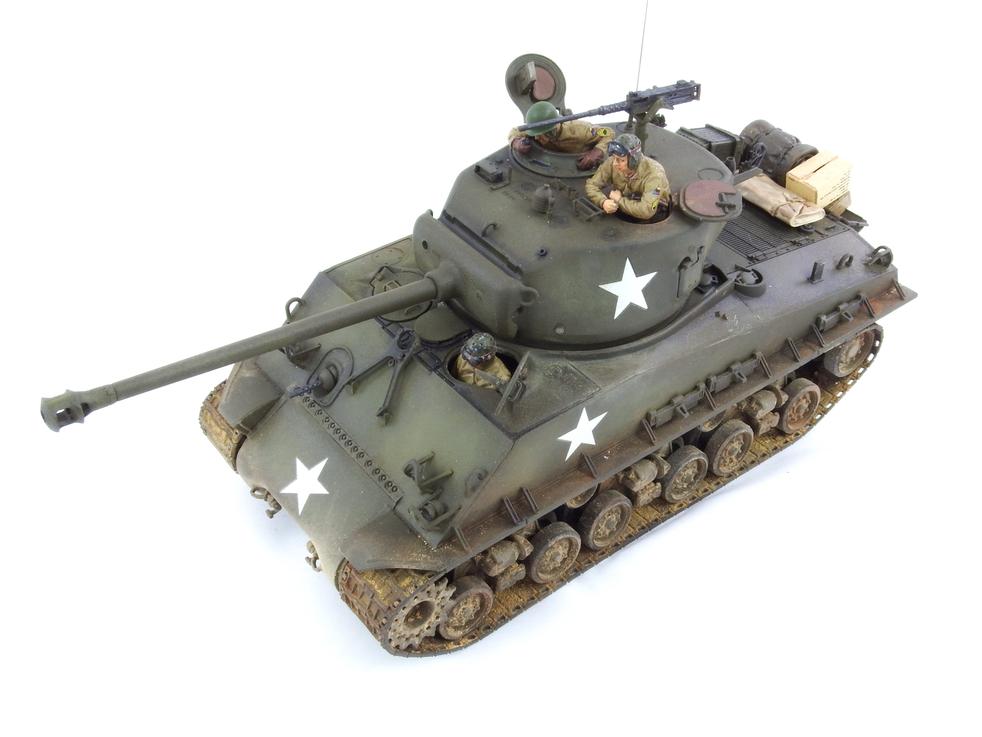 Mark Jahsan surprised us with something different…a fake, imitation airplane.  I’ve never seen anything like this modeled before.  This P-40 was made by the Chinese out of bamboo and canvas to fool the Japanese.  Note the fake props.  Mark used tissue paper among other things.  This is so cool!  Thanks, Mark! 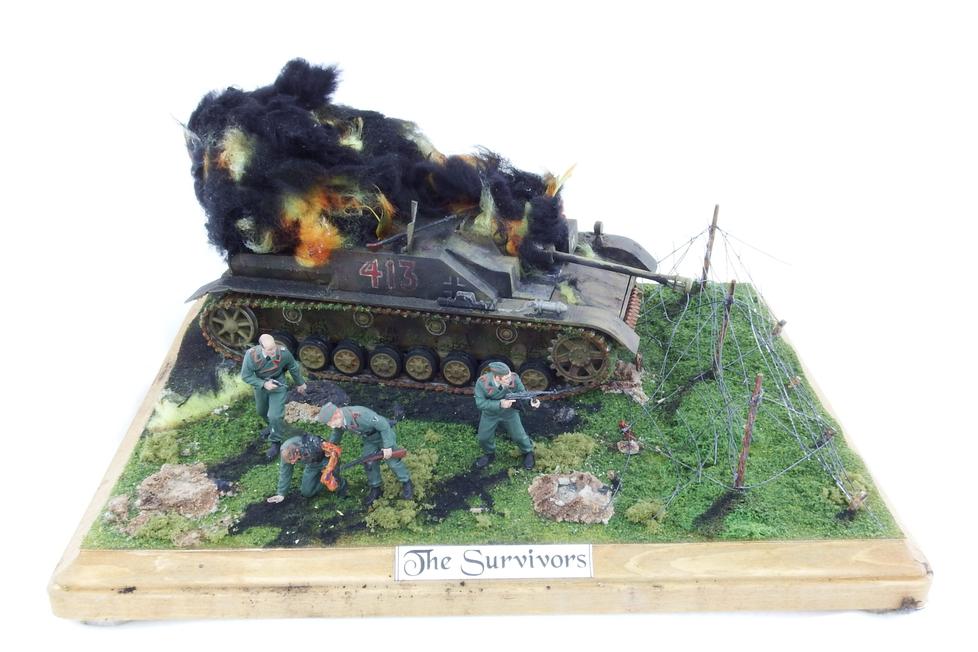 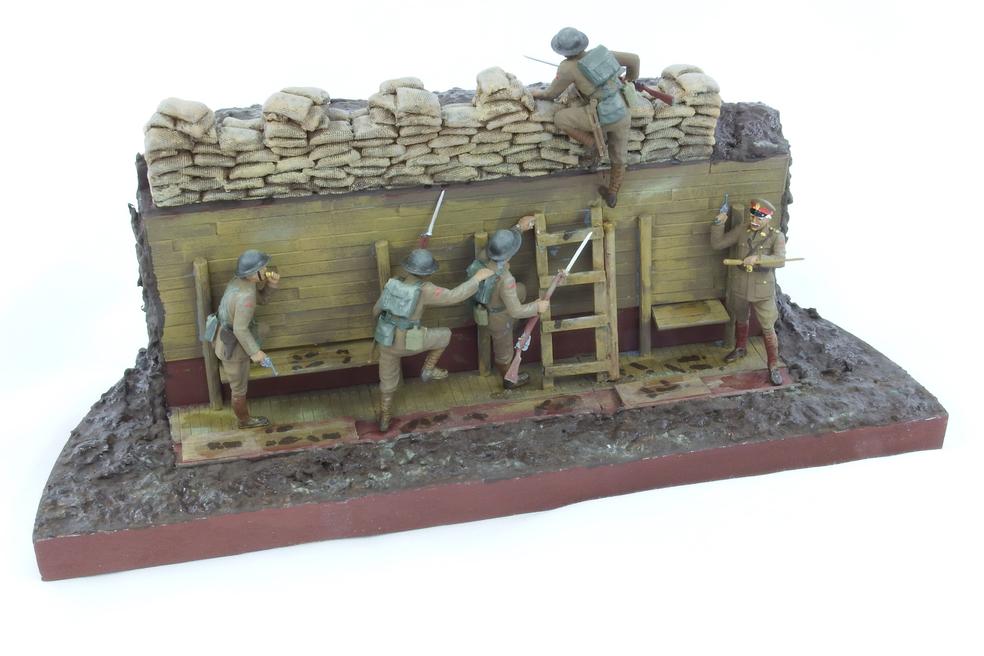 Big Daddy Bridenstein just completed Tamiya’s newly tooled Sherman M4A3E8 tank.  The figures are from a new Tamiya figure kit.  Jerry pointed out many of the improvements in this kit versus the old kit.  Jerry likes!  So do we!   Great job, Jerry!! 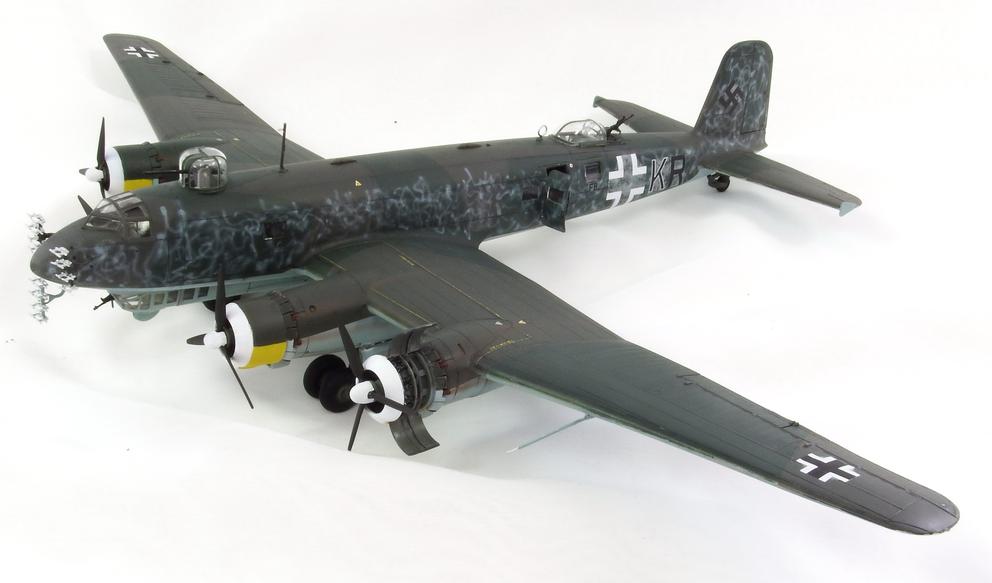 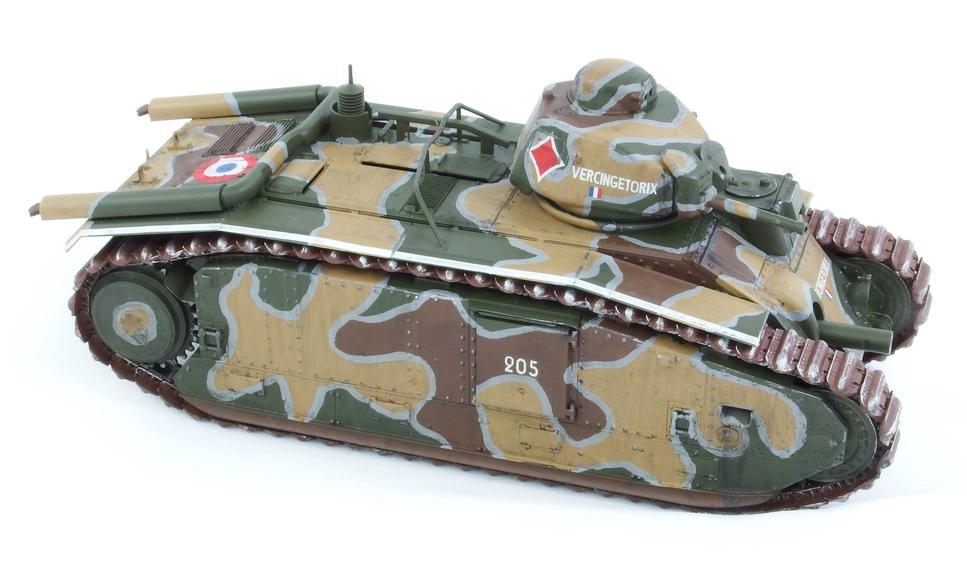 Rob Sheffer really mixed it up today…a blimp, sci-fi, and a car from a Fast and Furious movie.  The Goodyear blimp was a major undertaking.  Rob scratchbuilt the gondola and painstakingly added all those panel lines!  Good grief!  You can’t see it, but there is also an interior.  Way cool.  The ’69 Charger looks just like the one in a Fast and Furious movie.  Rob upped the ante by wiring the engine.  Great!  The big guy is Captain Phasma from Ban Dai as is the AT-ST Imperial Walker which is surrounded by a snow speeder and a chicken walker.  Jahsan…please have a talk with Rob and explain to him the “theme concept”!  ;-) 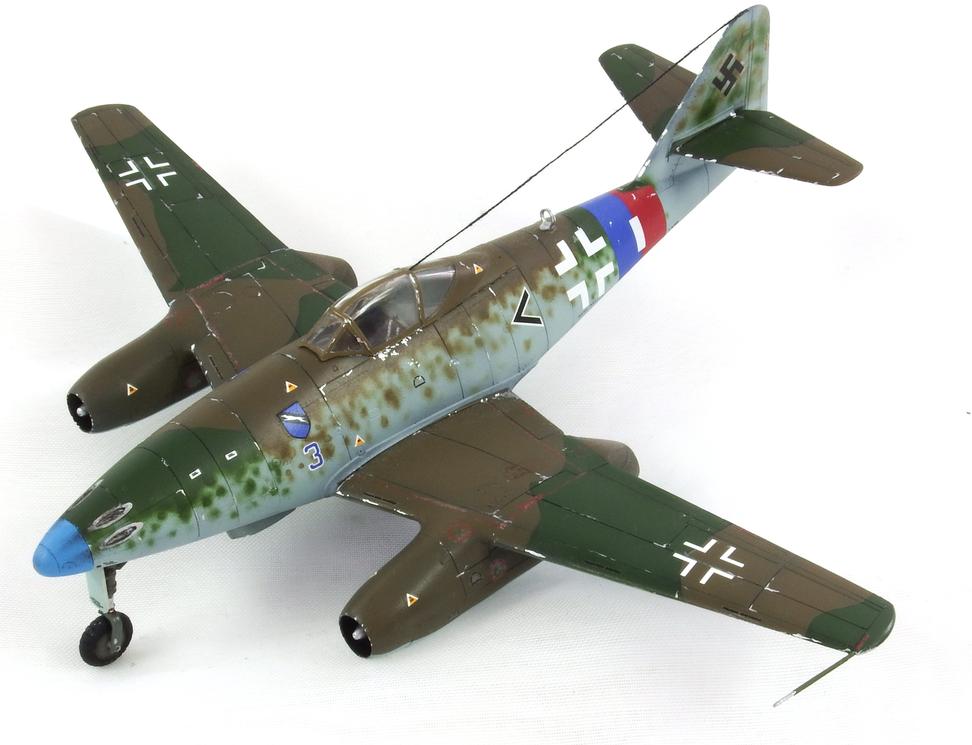 Sixteen-year-old Spencer Kosc appeared with Mom Janel.  I think I speak for everyone when I say we liked Spencer better when he couldn’t airbrush better than us.  We don’t like being showed up.  Oh well.  Check out his amazing 1/72 Me262 and Fw 200 Condor.  I think Jerry said it was Germany’s only 4 engine plane of the war.  I like it because it was designed for commercial aviation and wasn’t suited to be a bomber.  I like the fact that the plane kept breaking in two!  Spencer also make his own Swastikas.  Man, this guy is good.  Hope he will join us for the next Ridout Challenge.  Great job, Spencer!  Hold on a minute...how did you print white??? 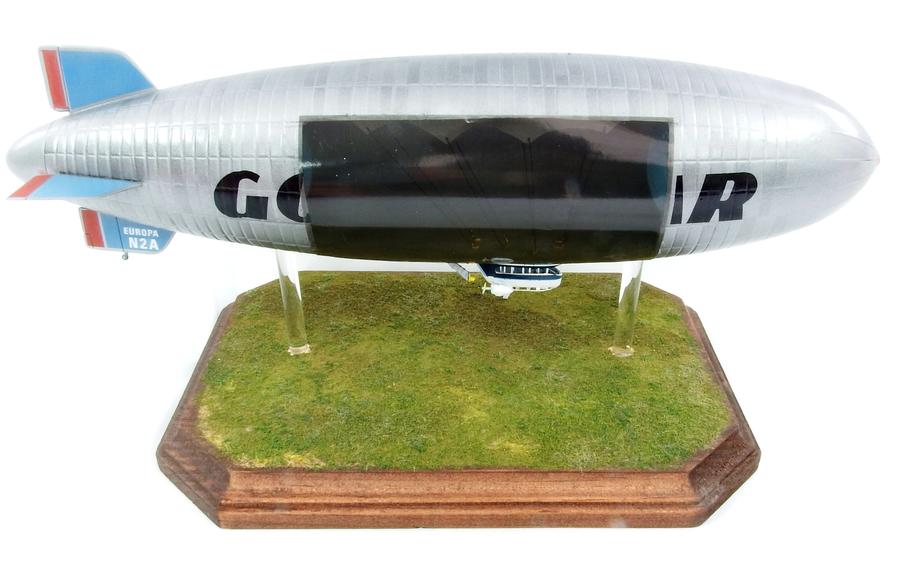 Only had time to take one group photo.  Those of you not in the photo will just have to look in the mirror to see what you look like.  See ya at the Work Session!

Next we turn to Bob Thompson.  He brought in a chocolate cake that looked like a WWI trench.  OK…you have to see the back side to know what I’m talking about.  I’m still hungry.  The trench scene is from Master Box but the trench itself wasn’t very good so Bob made his own out of Dan Jayne’s wood bases and Sculptamold.  The three vignettes are from one Tamiya kit.  Bob used Vallejo paint.  Real sweet Bob…as in chocolate cake! 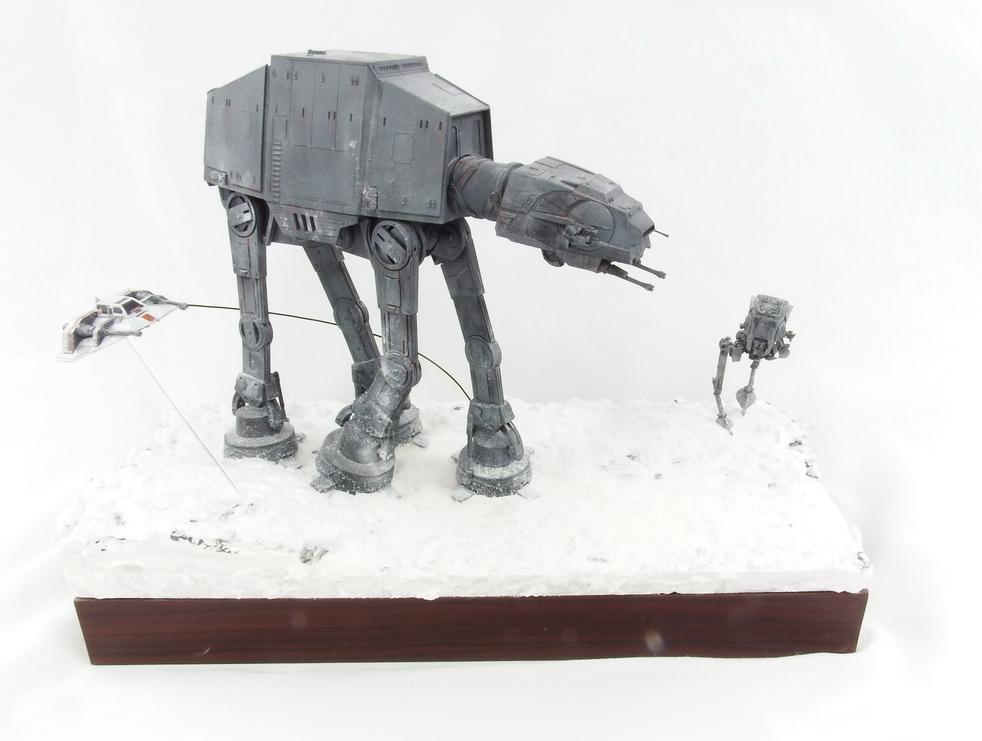 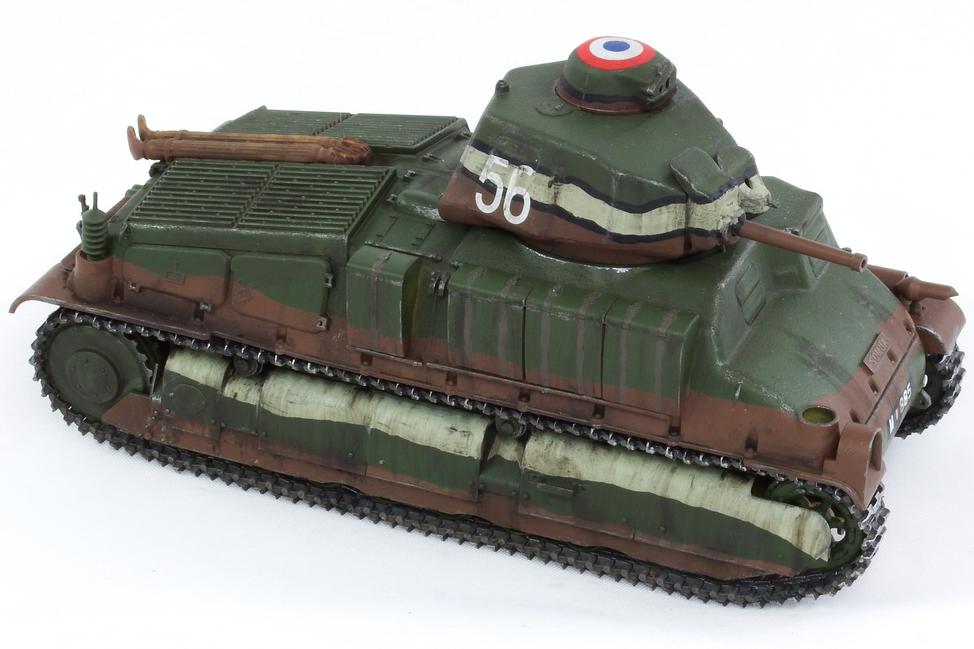 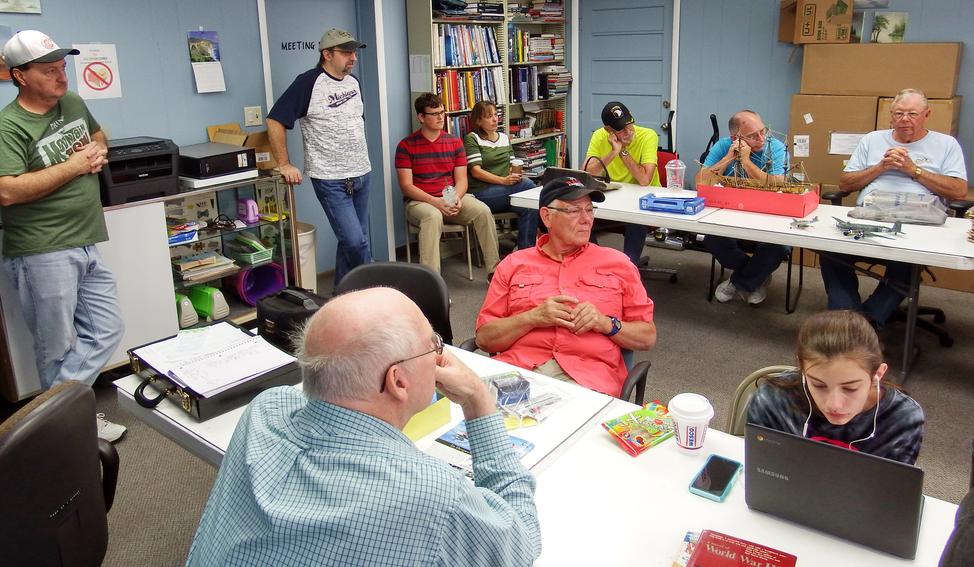 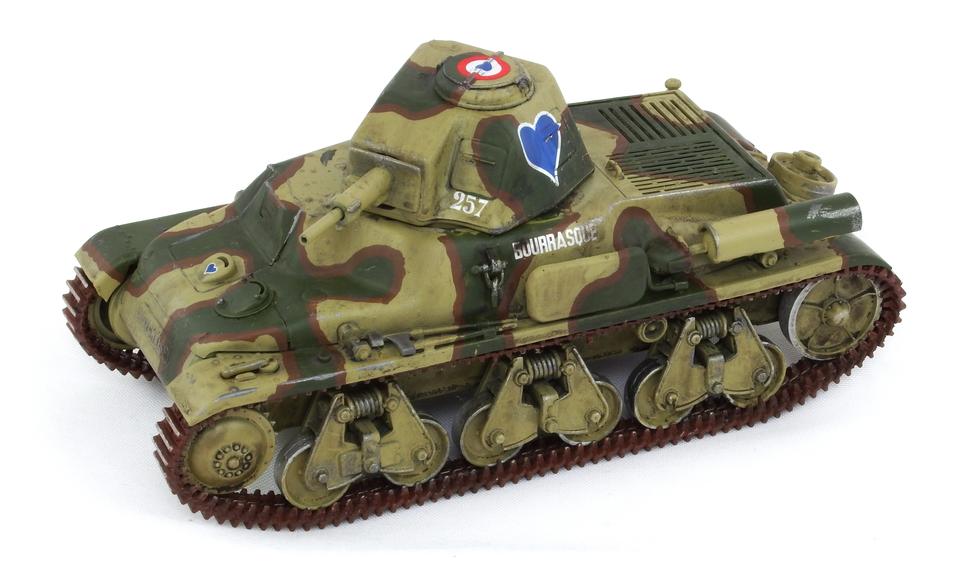 It was good to have Robert Jackson join us again…his latest ordeals are of biblical proportion!  Back injury, dental issues, and water damage just to name a few.  I waiting for the locusts to show up….
Prof. Bill Leger brought in a diorama from the 1970’s.  The Stug IV started life as a Monogram kit.  Bill’s fire and smoke were made from cotton balls.  Imagine this tank in the battle of Kursk.  Nice job, Bill!