Next, the tank that I bought the paint for.  This is a kit I was working on in one of our last actual work sessions an Academy Israeli Magach 7 which is their upgrades to the M60s sold to them by the US. I painted this several colors before hand, trying to find a color that matched close enough to avoid using Mr. Color. I eventually caved and used mr. Color 529(pictured) but not without waiting 5 months for it to get here. Academy decals are too thick to be really workable and I fought with these for the better part of 2 hours and about 2/3rds of the bottle of micro sol.

Stan the man Carrier starts us off: I actually have TANKS this time!   First up is an AFV Club Centurion Shot. This kit has been floating around for a while, decal-less and sad. When I finally found the correct color to paint it, I'm making it happy again! I an still adding detail to it, and am out of crucial flat coating paint, but I wanted to show it off because it looks so good.  (Nice photos, Stan!) 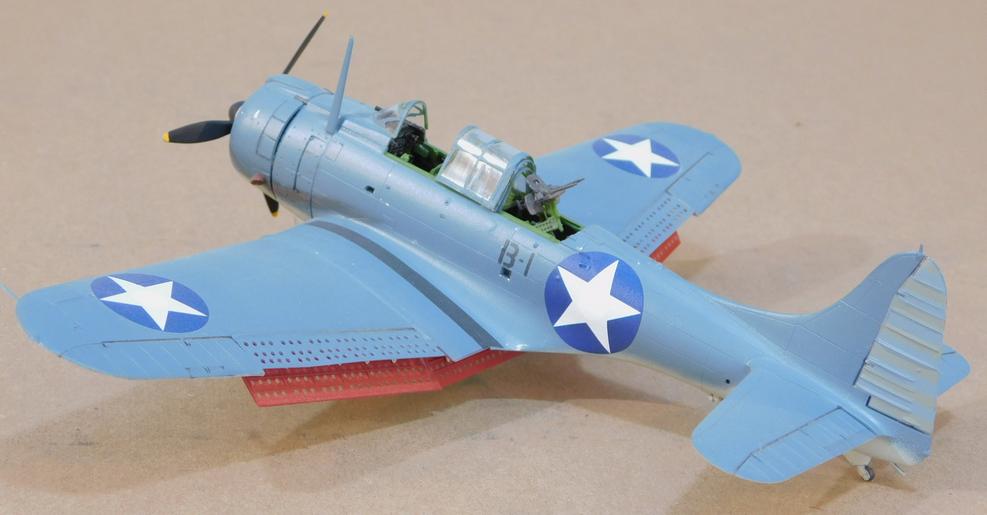 This one is the pro modeller/ accurate miniatures SB2C-1c helldiver. Painted with model master enamel; kit decals, weathered with pastels and oils. The kit had some moments but after everything was said and done, it was okay.

Douglas Seekman presents us with three great models...how he can pump out this many models out in a week and maintain the quality I don't know.  This one is the 1/48 accurate miniatures SBD-3 dauntless. Painted with model master enamel( RAF pru blue). Decals are from the kit representative of Richard Best of the USS ENTERPRISE during the battle of midway. He is credited with dropping the bomb that sunk the Japanese carrier akagi. After returning to his ship he was "wounded" after inhaling caustic soda accidentally through his aircraft's oxygen system. The kit is weathered with oils and pastels. Went together very well.

That's a wrap!  I know you guys are working on models...send me some photos!  See a next week...same time, same station! 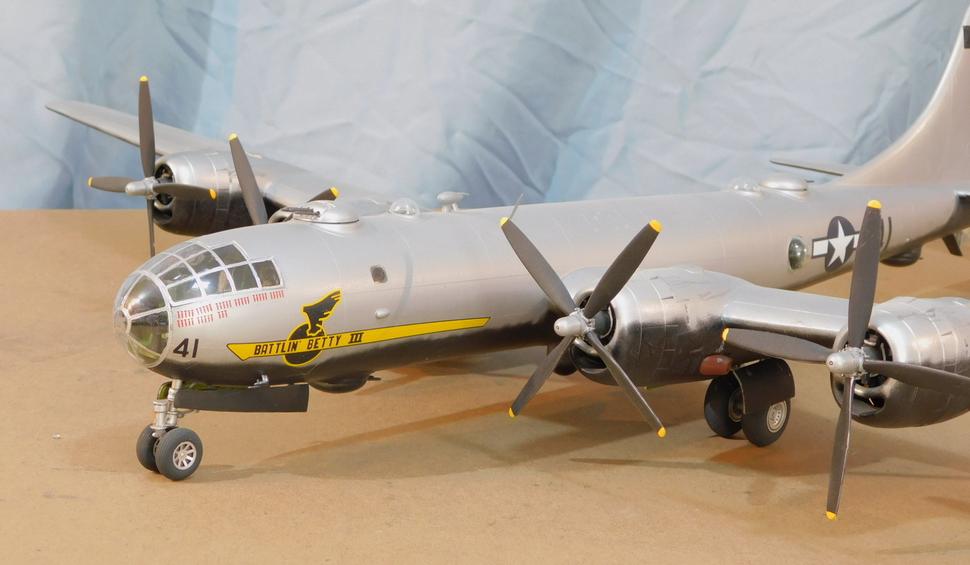 This one is the monogram 1/48 B-29. The kit was re-issued in 2003 with all the correct parts (props, radars, up to date decals) finally. The kit was painted with model master chrome silver. Superscale decals, weathered with pastels and oils. The 4th time I've built it. Would like to do it again but don't have any room for it. Nice kit.