Armor guy Stan Carrier was inspired by Mark Jahsan’s PBY that he wanted to build one.  This is the 1/72 Minicraft kit.  Boy, Stan did a great job of painting this baby in the three color scheme.  He used Tamiya diluted 1:1 with Windex and sprayed around 15 psi.  Paint job was great!  This was Stan’s first aircraft in seven years and I see more in his future!  The only thing Jahsan's inspired me to do is to take up drinking....  ;-)

Keith Lemke brought in two car models.  Both are great!  The first one is very unique…half of the car is assembled only…no paint, etc. and the other half is painted and finished.  A before and after that Keith says will let non modelers see what is involved in building a model.  His second model is an AMT 1940 Ford coupe fixed up to appear as an old bootlegger ridge runner.  Love the holes where the hood trim is missing!  Great job, Keith! 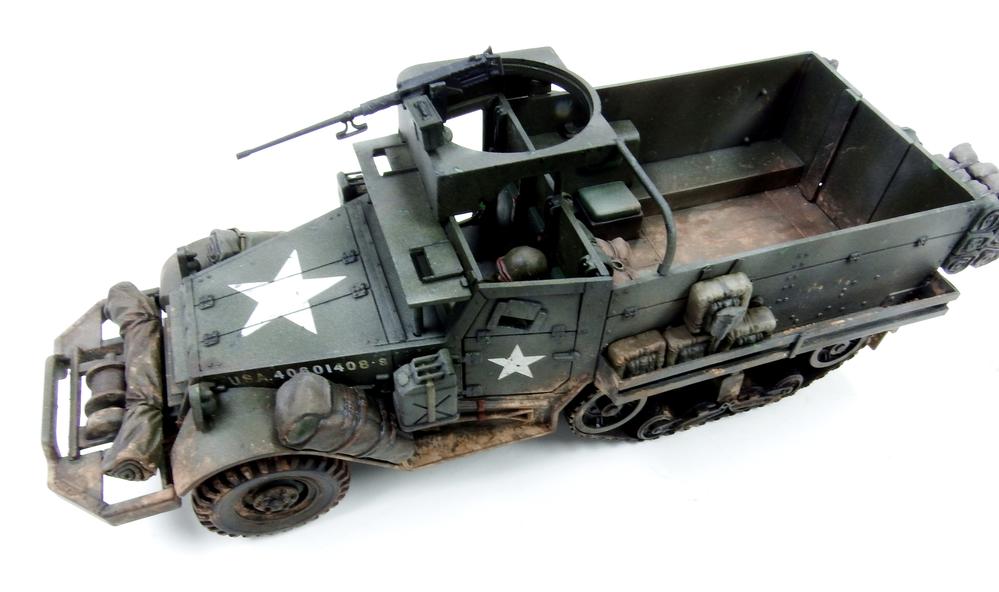 Dave Martin is not quite finished with this Dragon ISU-152 Soviet “Box Howitzer” in Chinese livery as it would have appeared during the Korean War.  My favorite comment was when Dave said the Magic Tracks weren’t very magical!  Nice job, Dave! 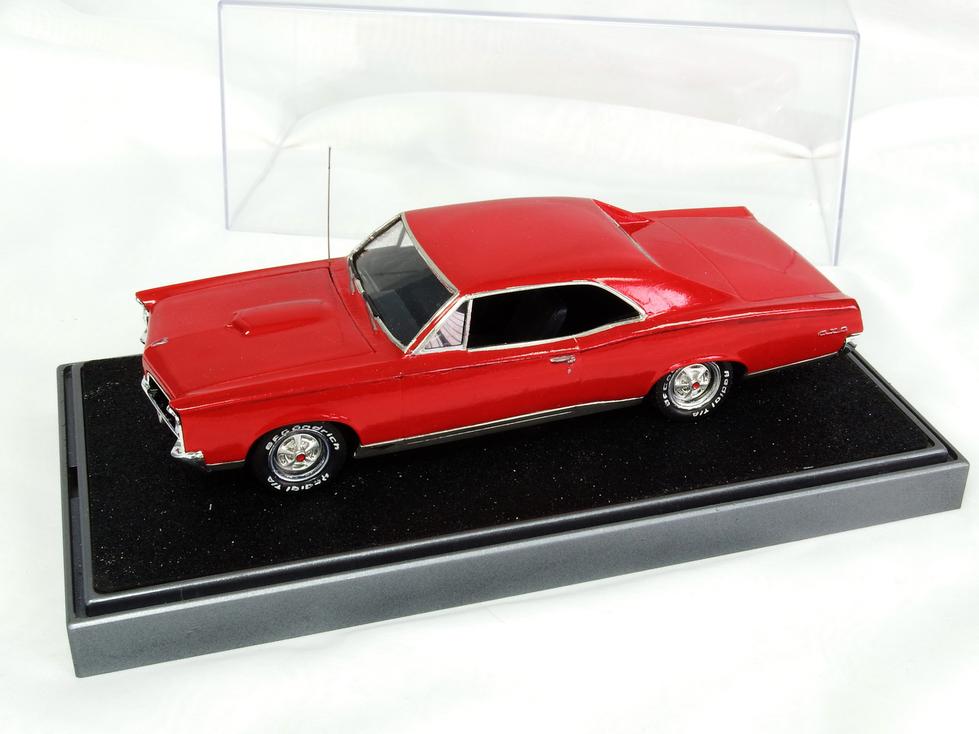 New guy Tom Howard brought in a great looking Monogram U.S. M3A1 halftrack.  I didn’t even know Tom had brought the model in so it missed the photo shoot so this photo sucks.  It looks even better in real life!  This kit was originally released in 1958.  Tom did some modifications to make it look more like a WWII vehicle.  Tom did a masterful job with Tamiya and Mig weathering products.  He went all out and applied those tiny little Archer instrument faces and placards.  Whew…that’s tough!  He did more cool stuff but I’ll just add this is his first model built and painted in twenty years.  He’s off to an impressive restart! 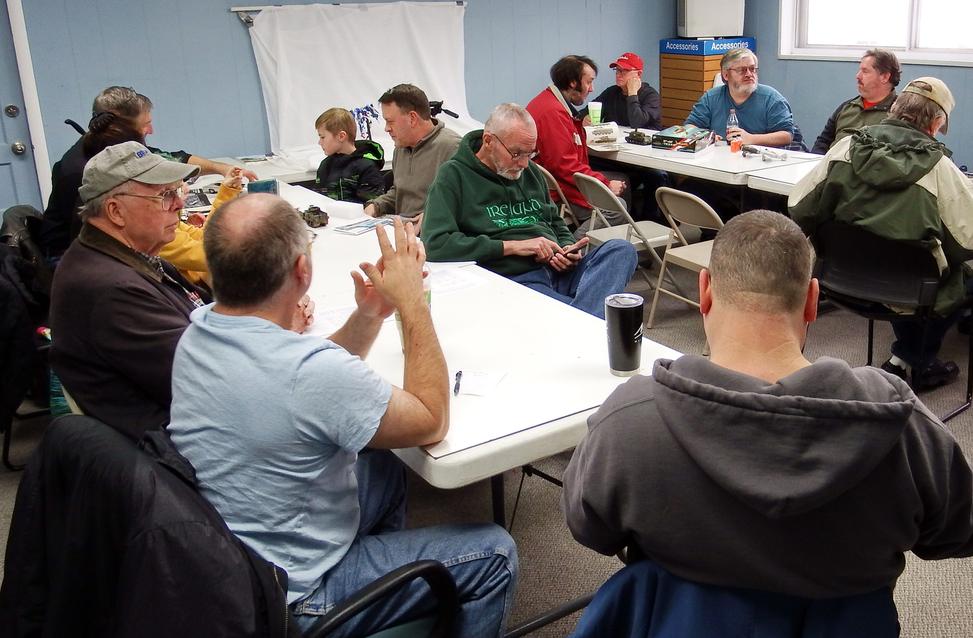 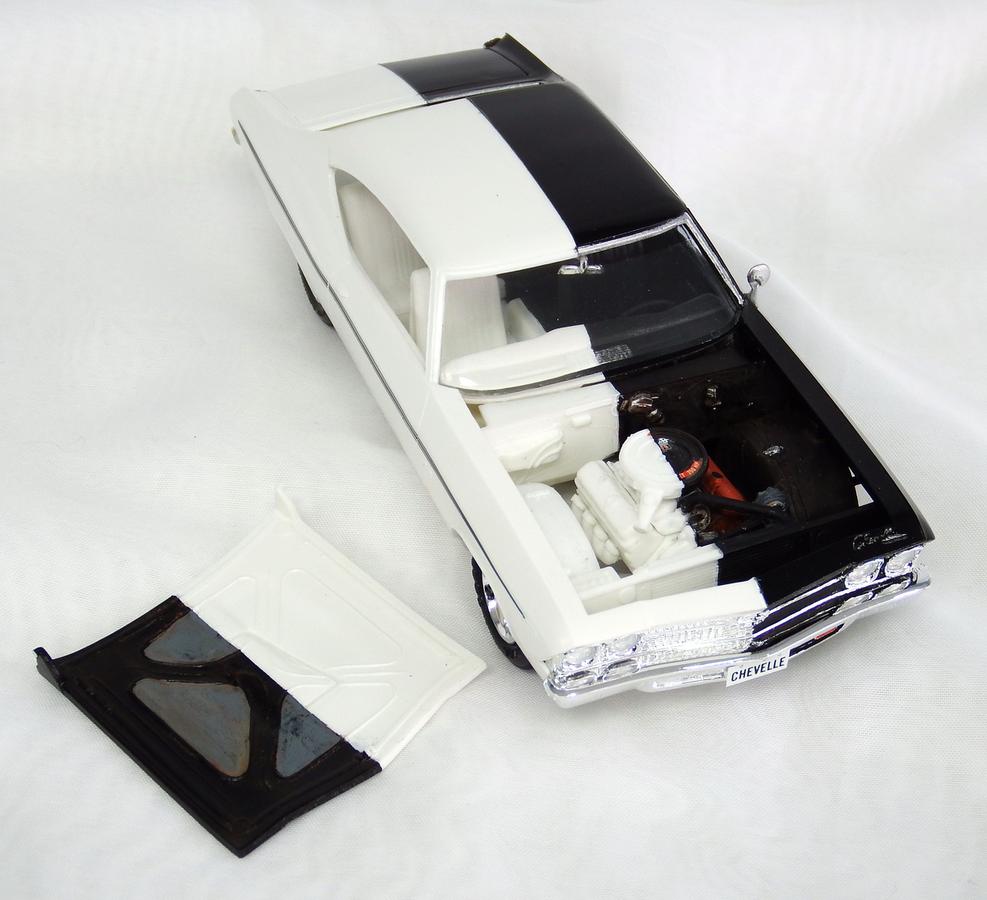 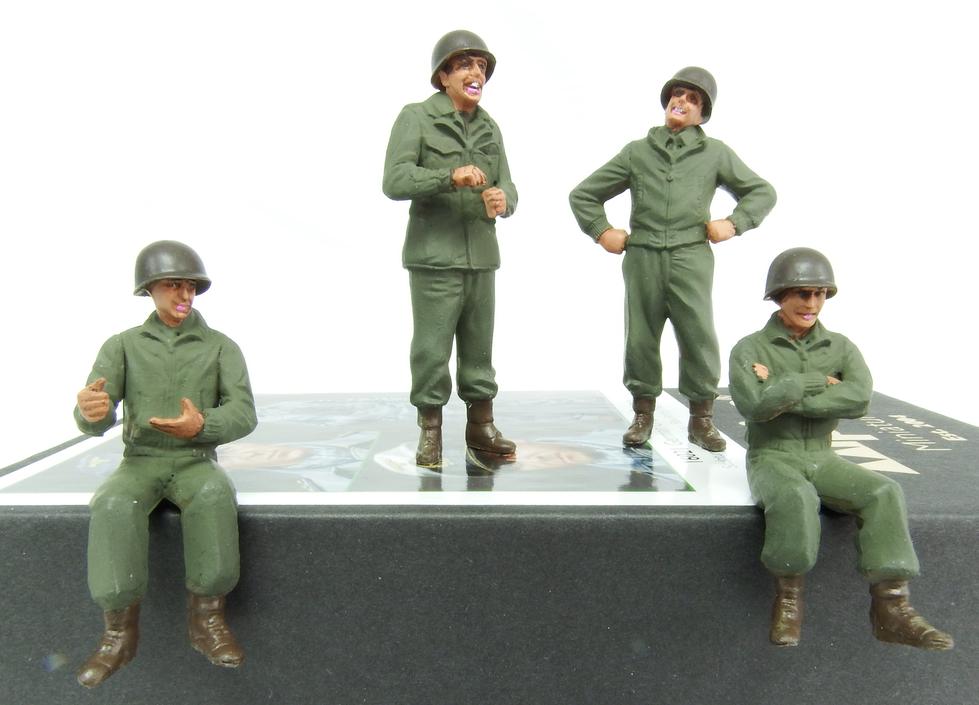 Prof. Leger brought in his ’67 GTO for an encore presentation.  This model is an exact replica of the one he owned.  He once burned rubber for 87’.  Kids, TRIAD does not condone this sort of behavior…but cool!  ;-)  The trim is aluminum tape and he built it ten years ago.  Nice job, Bill!

Scott Herbert brought in a gorgeous 1/72 Atlas ICBM rocket from Horizon Models that he build for an ISM group build.  The metal finish is awesome!  Instead of Alclad, he used AK Extreme Metal enamels…stainless steel, aluminum, and burnt metal.  He finished it off with a great decaling job!  Sweet, Scott!

Mark Beck filled out a data sheet, and then forgot to give it to me.  But this is a Gundam Raiser which he picked up for $7.  Unfortunately, the led lighting package was missing.  I don’t know, I think trying to go to the bathroom might be challenge…and dangerous!  Nice build, Mark! 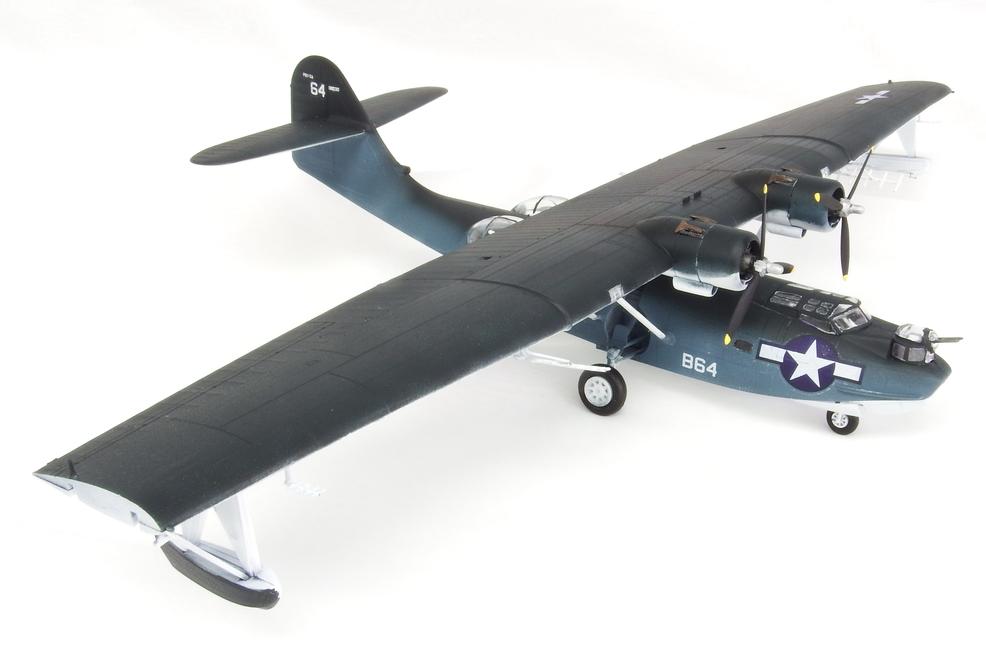 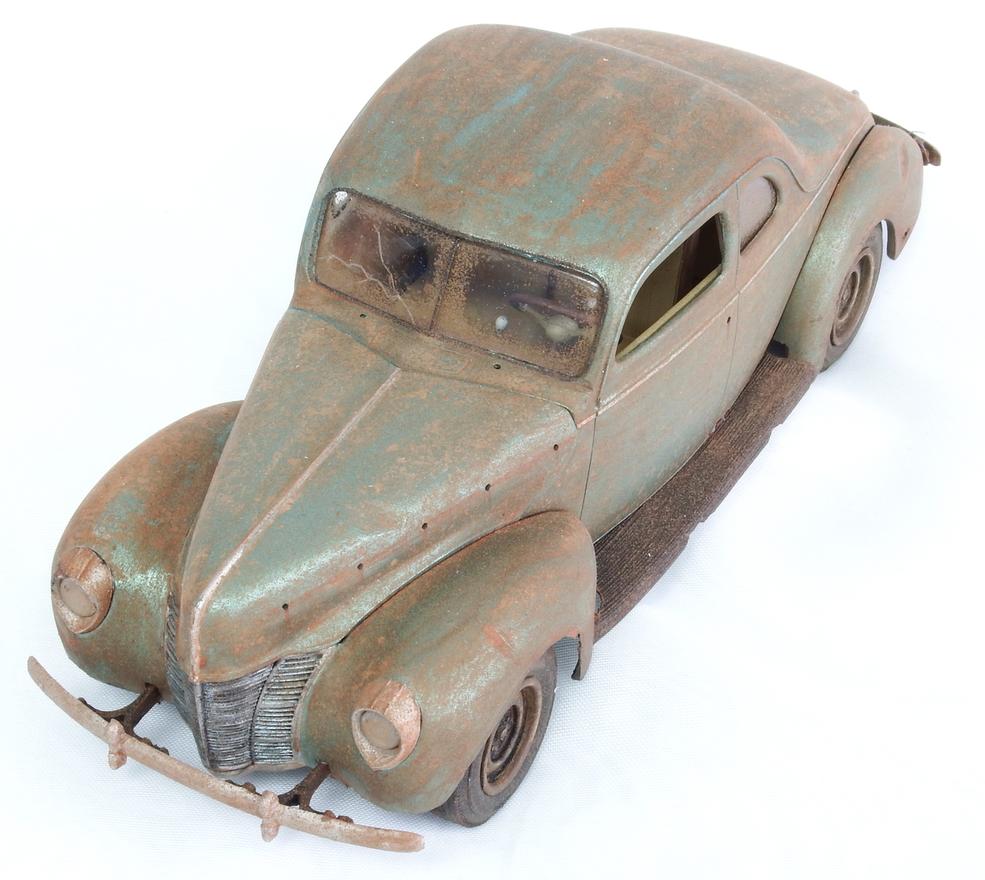 Let’s start with Mark Jahsan whose theme for today was “Aircraft that were intended for Sweden but were sent to the Philippines instead to be used by the Americans”.  We’ve never had that category before!  The silver Swedish aircraft is how it appeared ready to ship to Sweden but the other aircraft shows how it looked after it was repainted for use by the Americans.  Mark started with Hobbycraft Seversky P-35’s.  Cool!  Also, Mark showed me a large scale model he is working on which he is keeping under wraps until it is finished.  I was blown away by what he had done so far. 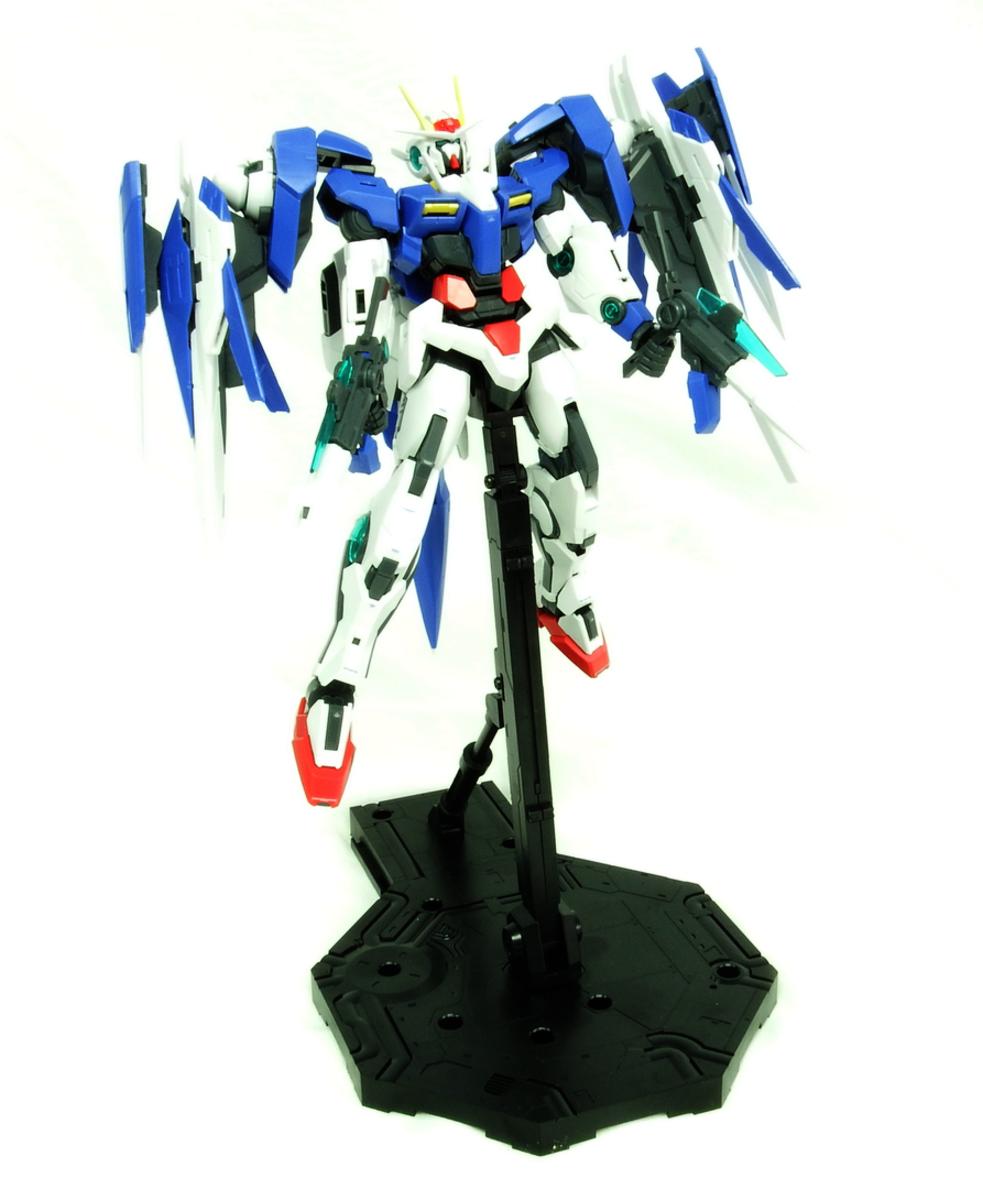 Old man Thompson had the sense to stay home today but wife Linda brought in four figures he painted for Stan.  They will be used for an M26 wrecker vehicle.  . 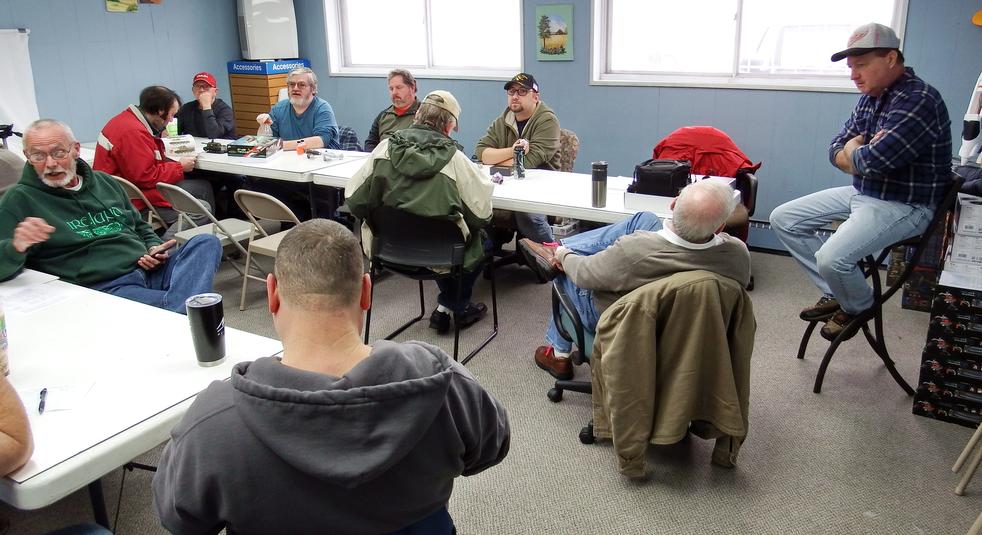 See ya at the Work Session!!

Here we go with a few shots of the fast paced action.  I had to set the camera to an ultra-fast shutter speed!