Skill level 1.55 and Alan Vandam represented TRIAD at the 2017 IPMS Roscoe Turner winter model contest and swap meet.  Four members (plus Alan) from the GR club also attended.  The GR guys set up two tables to sell kits and sold a combined $1,400…some of which was my money!  Have to say it was great getting to know the GR guys…they are a great bunch of guys.
There were some great kits for sale…I should know, I purchased enough of them.  Last Cavalry was there so I purchased a resin figure kit for Bob.
Alan entered 7 models in the contest and ended up with 1 first, 1 second, and four thirds. That guy is good!  The online results haven’t been published yet but, I heard there were 656 models entered…far and away more than K-Z00.  Based on previous years, I would estimate there were 125+ models entered in the automotive section which had ten subcategories.
I entered four models and my 0-8-0 steam loco took a second, my ’66 Beetle took a second, my Volkswagen hippie van a third, and the infamous “happy hooker” took a first.  To my total disbelief, shock, and amazement, the happy hooker also won the best overall automotive award.  Somebody pinch me!!  I know you can’t believe…either can I!!!!

Here is a shot of what Alan calls the Motley Crew.  Fortunately, their models are better looking than they are…..  ;-)  From left: Alan, John, Dan, Rod, and Gordy. 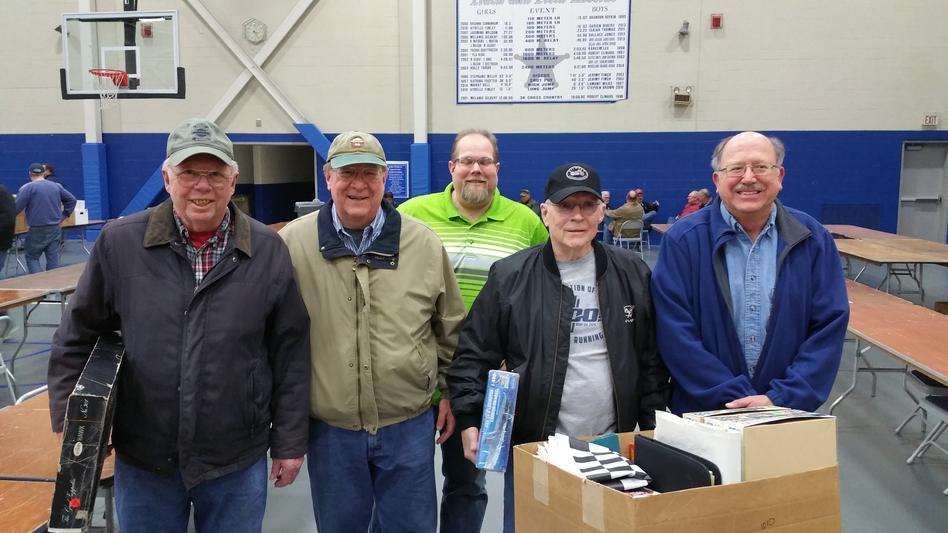