Alan Vandam reported on the Model Expo at the Chicago Hilton on 7/8.  The world’s best figure painters and sculptors attended this triennial International event.  The talent was mind-blowing but the vendors and kits were not.  JR, Tom Ralya and myself made it to the lobby of the Hilton but then realized we didn’t have enough time to take in the show and catch our train…we were too busy eating and drinking!
Jerry Bridenstein purchased the recently retooled Tamiya Sherman M4A3E8 (Easy Eight) tank kit.  Stan Carrier said it was a good kit and an easy easy eight!  You can see the kit in front of Big Daddy.

That's all the news for now.  Hurry back Mr. President!  See ya at the August S&T! 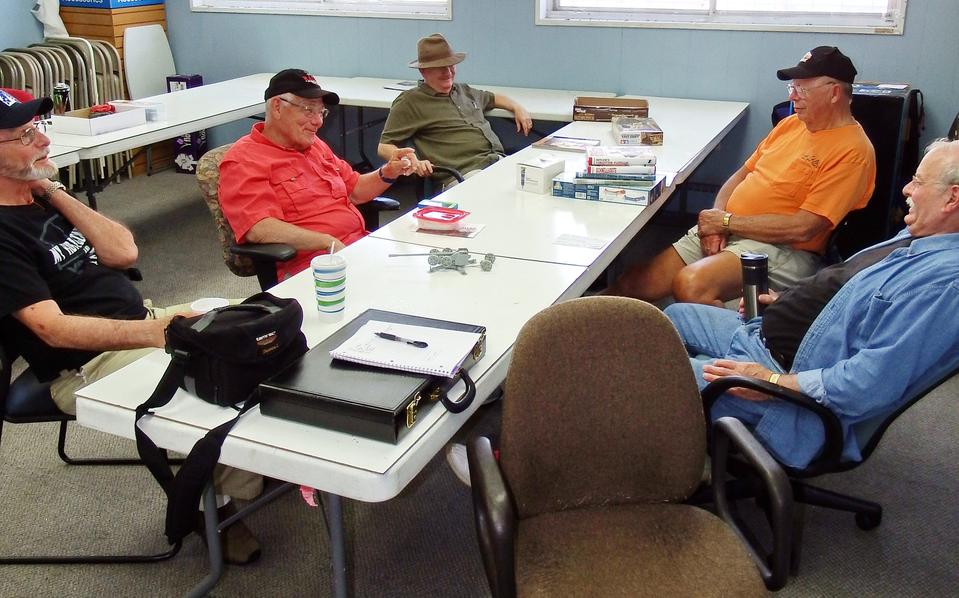 Here is a shot of Jerry's German 128mm anti-tank gun that was fielded late in the war.  That is an odd shade of Field Gray!  ;-)

Mark Beck was busy at work on the Battlestar Galactica.  There is a good shot of the spacecraft on the homepage.  Stan Carrier is making good progress on his T-29.