Our other new member is Keith Lemke and he is an award winning and published car modeler and diorama builder.  He is currently working on a very large auto garage diorama and he brought in his just completed ’55 Chevy Gasser.  He also brought in his Curbside Dioramics metal air compressor (note the great weathering job!).  So cool!  His previous garage won all sorts of contest awards and was even published.  I don’t know if we’re good enough for this guy!  Welcome to our merry band of styrene junkies, Keith!

What a great meeting.  After the rough year we had in 2016, great to see old friends and make new ones.  Happy New Year to TRIAD! 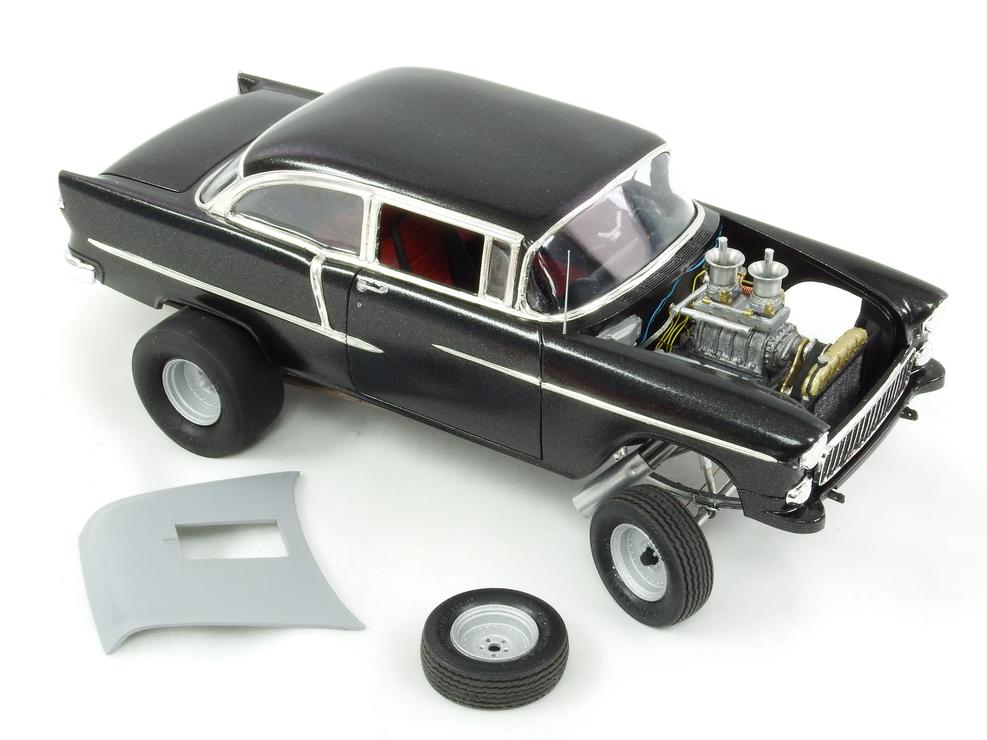 Eric Stone was here!!!!  A super nice guy and a super modeler.  He likes jets and helicopters.  Today he brought in the Monogram Bell AH-1 Cobra.  Note his attention to detail on the paint job…the aircrews painted sand color over the original drab in the field…so some of this underlying color can show through.  Either that or Eric doesn’t know how to use an airbrush!  ;-)  Great job Eric!  Remember, TRIAD is ALWAYS more important than family.  That goes for you too, Jeff!

Alan Vandam keeps amazing us with…well…amazing models.  Here is his 1/144th resin Carvair aircraft which had a special clamshell nose added to nineteen C-54’s back in the 1960’s.  They were intended to fly six autos across the English Channel.  I guess they weren’t that successful…but Alan’s model certainly is!  Awesome!  (PS When viewing this photo, keep in mind the model is 1/144th scale!  Beautiful!) 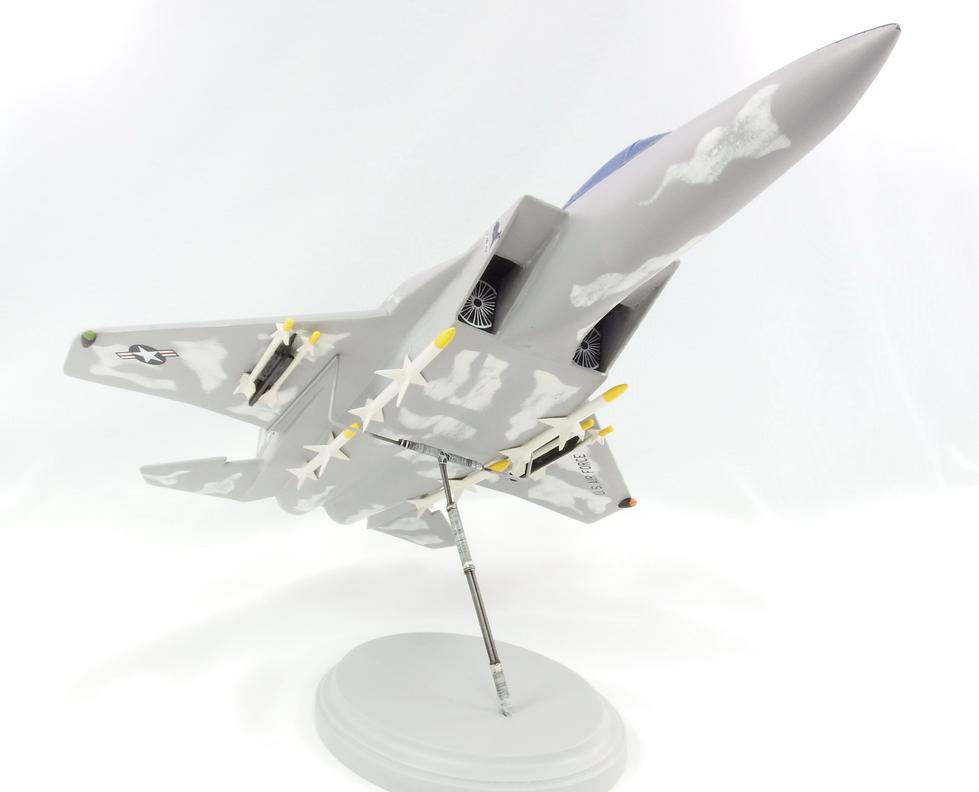 Time once again for a strong stomach.  Yes, it’s time to look at yourself and the other attendees.  At least you don’t have to look at me! 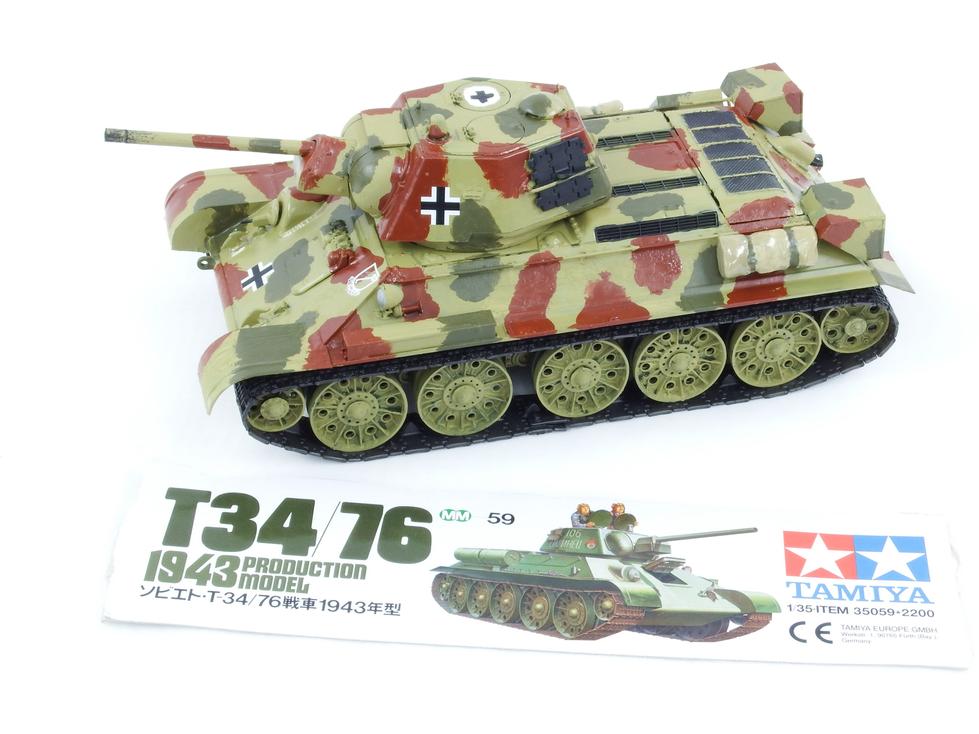 Mark Jahsan’s S&T theme was Australian attack aircraft flown during WWII.  First up is the 1/48th AMT A-20 Havoc flown by the 22nd Squadron.  This particular aircraft was shot down.  Next we have the Tamiya Bristol Beaufighter which wasn’t actually built by Bristol but by the Australians.  Beautiful work as usual, Mark!

His Royal Majesty, JR Burggren brought in another gorgeous dirt track stocker.  This 1966 Ford Fairlane is pretty stock by JR’s standards but he did add a roll cage and race seat, the interior, wide wheels, windshield and nose screen, and his trademark aluminum printer’s foil on the side of the car.  Hummm…not very stock after all!  He painted it in Plum Crazy with DullCote.  Sweet! 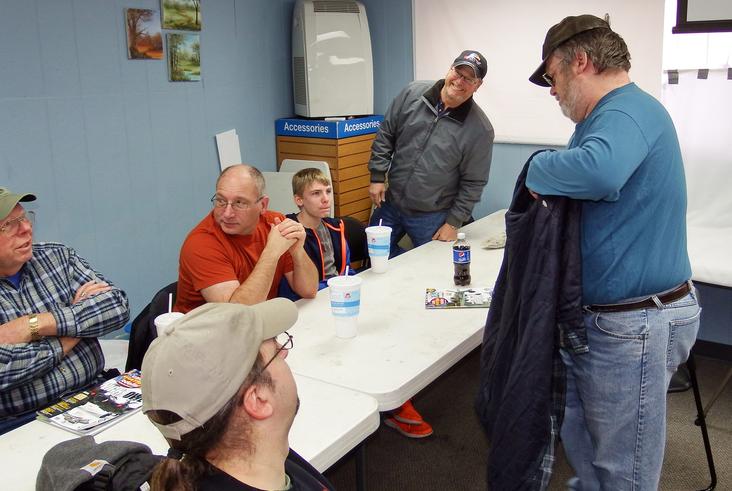 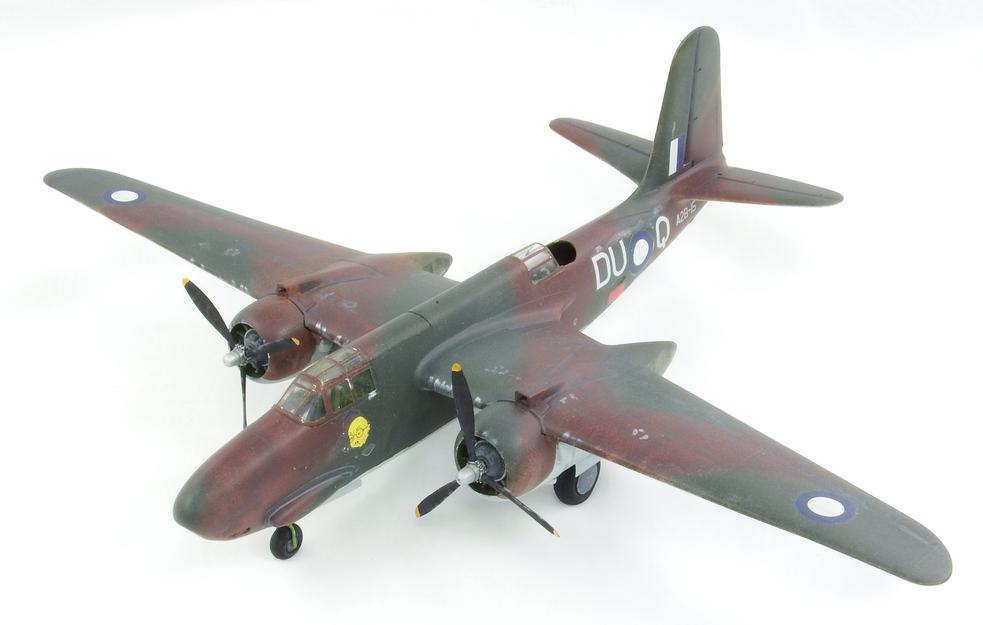 Jody Dunning said he didn’t like the way his AMT 1957 Chevy turned out but maybe he’s just too close to realize that it looks great.  He used four colors and he hand painted the model.  That’s dedication!  Nice job, Jody, and glad you could join us today!

How's this for a dramatic shot!

Mark “Out of this World” Beck showed off some sort of Star Trek vehicle which he had brought in before…but this time he had replaced the old prone to failure incandescent lightbulbs with LED’s.  See the pretty blue?  Really sets off the model.  Nice job, Mark,  and thanks for sharing your experience! 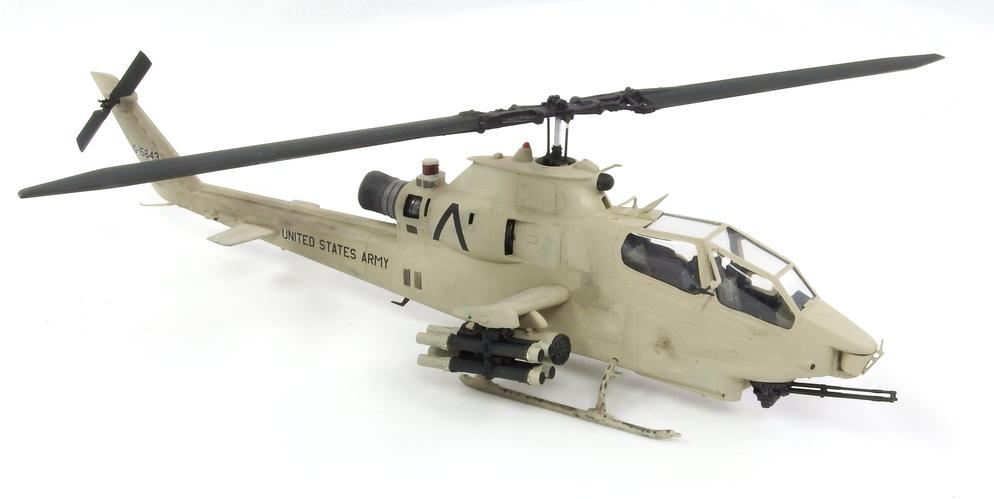 From the left...Eric Stone, Scott Herbert, and Keith Lemke. 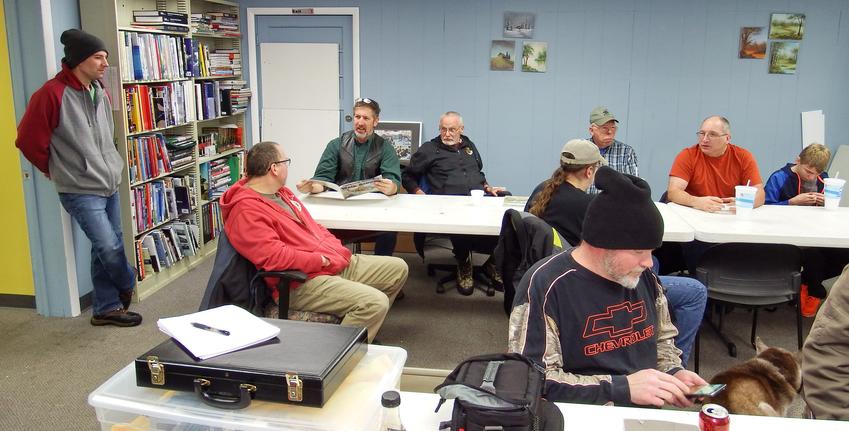 Grinning at the camera is Jeff McClain....who is an outstanding figure painter. 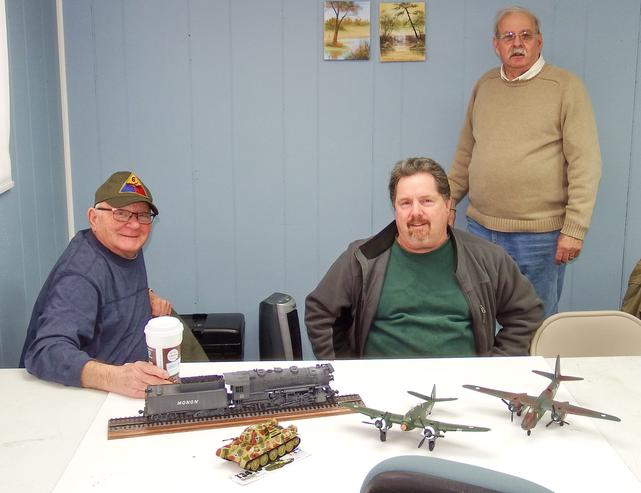 Dave Martin had to work but he had dropped off his captured Russian T-34 in German markings.  It is a triple tone finish with the base in RAF middlestone and the break-up in flat olive and rust.  He kept the cupola in the pre-1943 style.  Nice job, Dave! 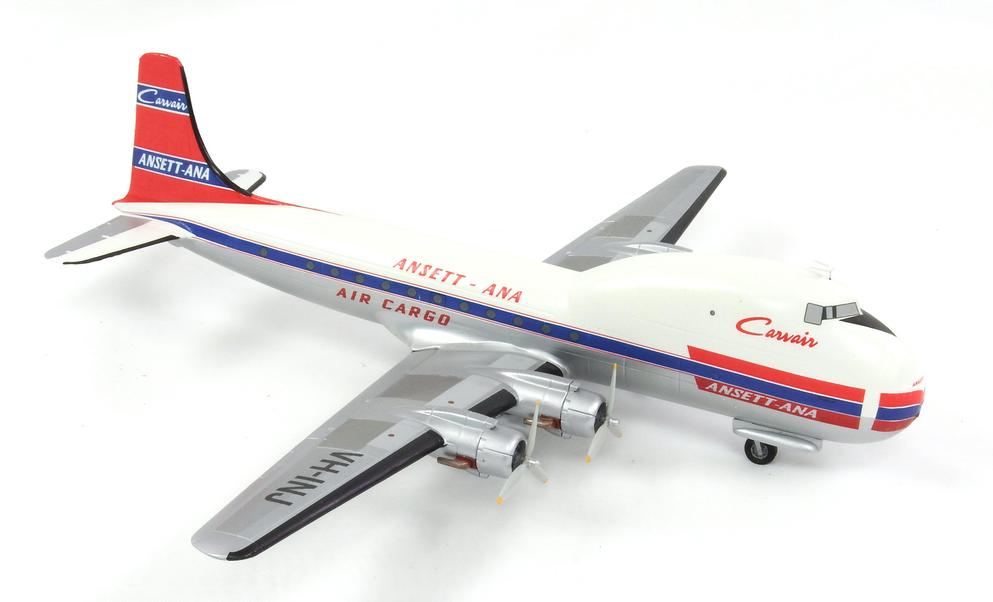 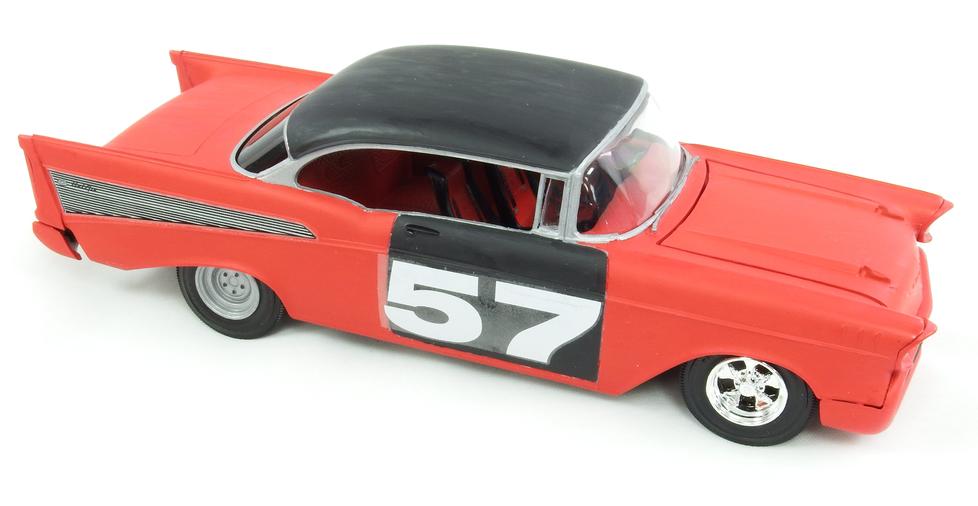 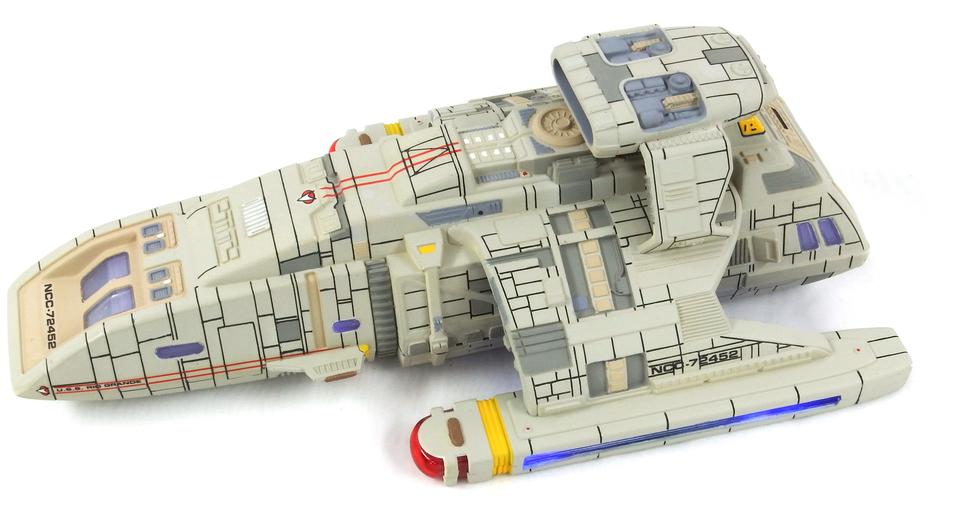 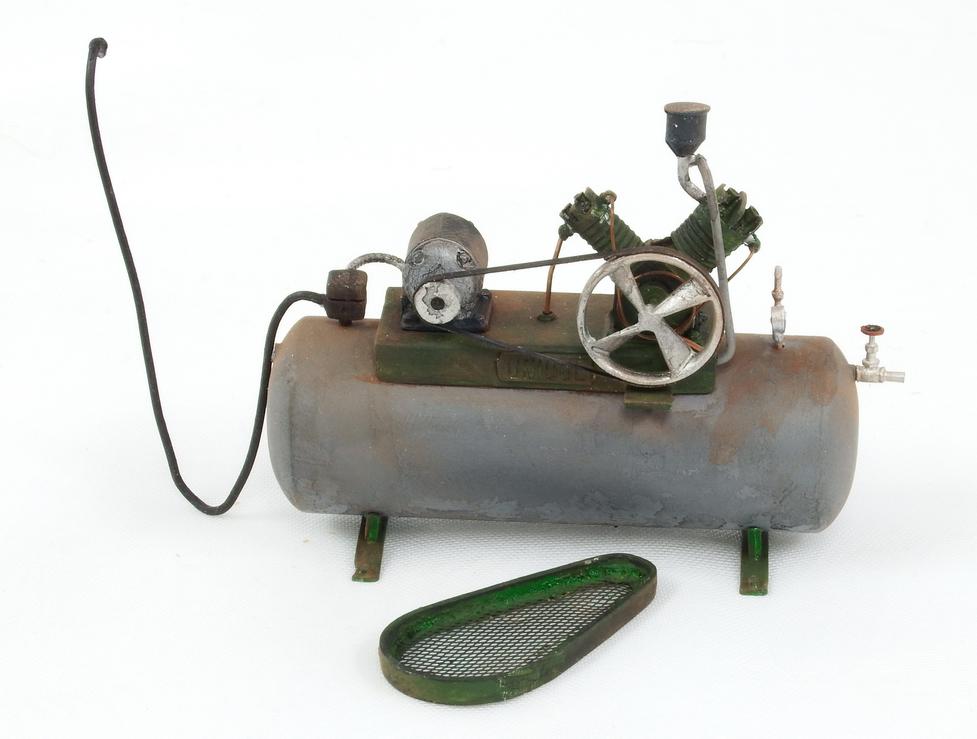 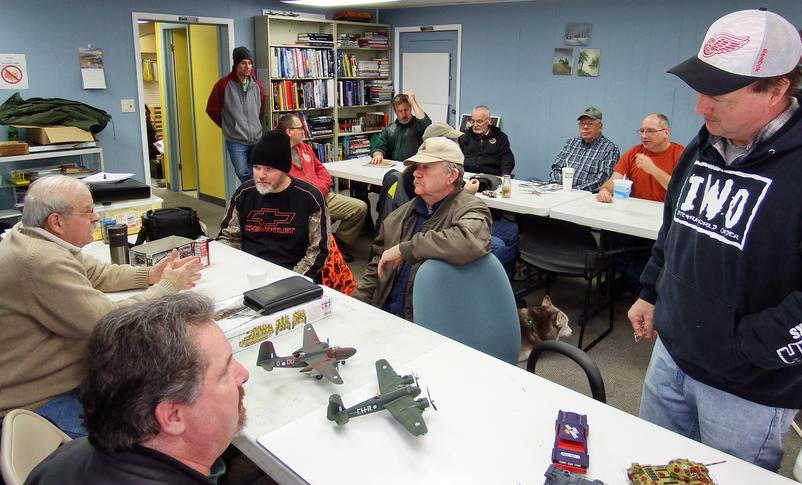 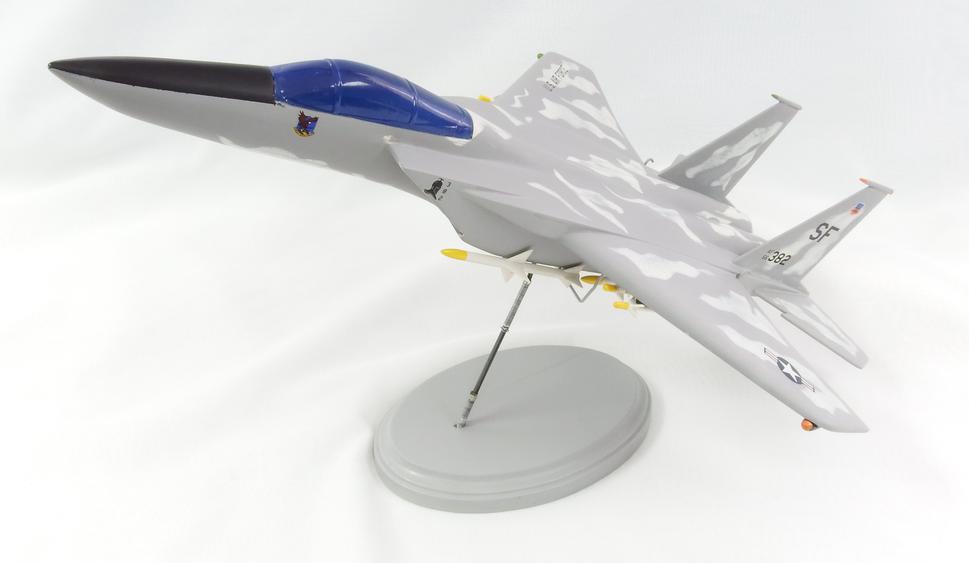 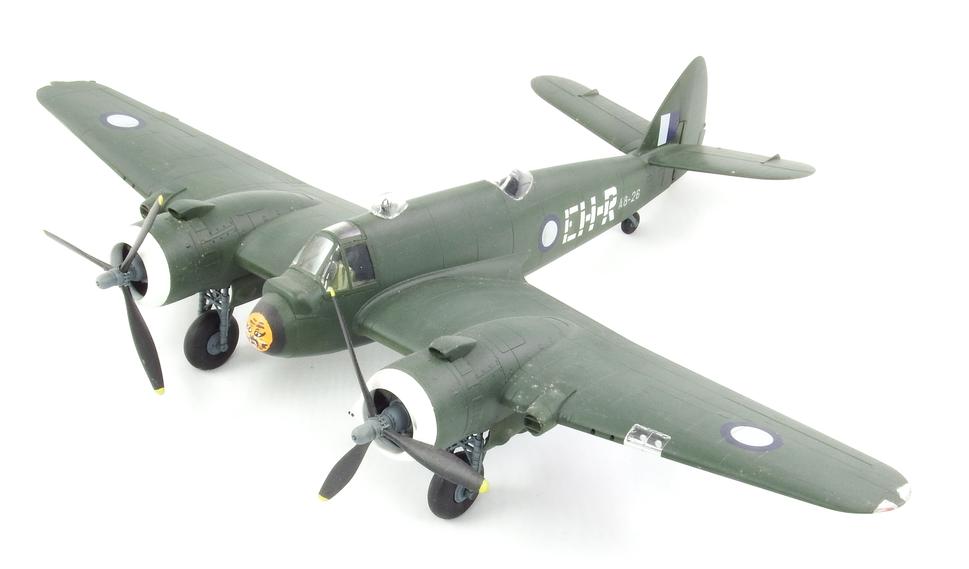 Returning to his childhood, skill level 1.55 brought in his just completed 1/48th scale 0-8-0 steam locomotive.  The kit was from 1961 and was a superb kit for the day and is still a great kit by today’s standards.  He added MV lenses, real coal, real glass windows, a deck plate, and air hoses with glad hands. The various rods are made from metal and are riveted together…something different.  And I thank you for your kind comments!

New guy Bruce Bishop stopped by long enough for me to take two photos of his F-15 model.  Since he was gone before the S&T started, I don’t have much info but the model is mostly made out of balsawood and was Bruce’s first attempt in this medium.  Usually we say, to see it is to believe it…but in this case, to feel it is hard to believe it.  His finish on that balsa is super, super smooth.  Nice job, Bruce. 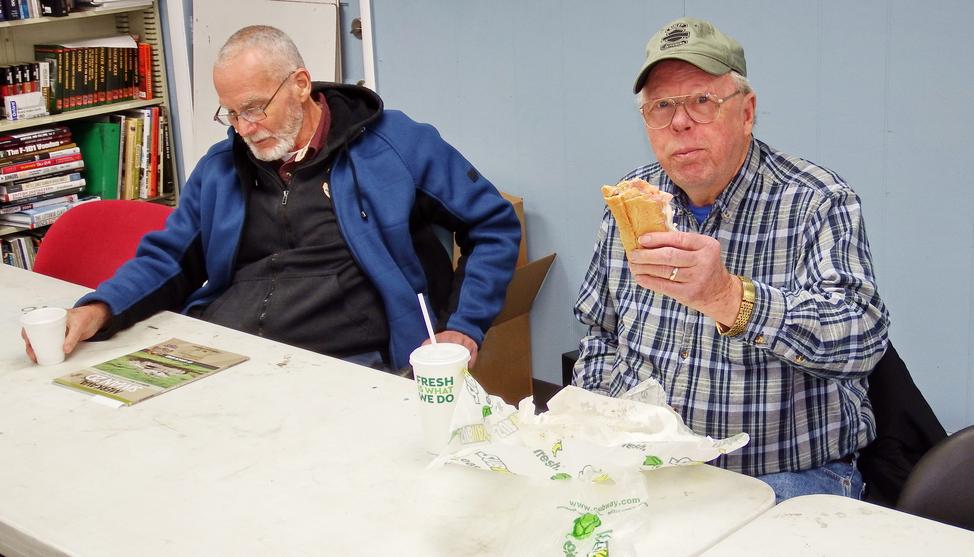