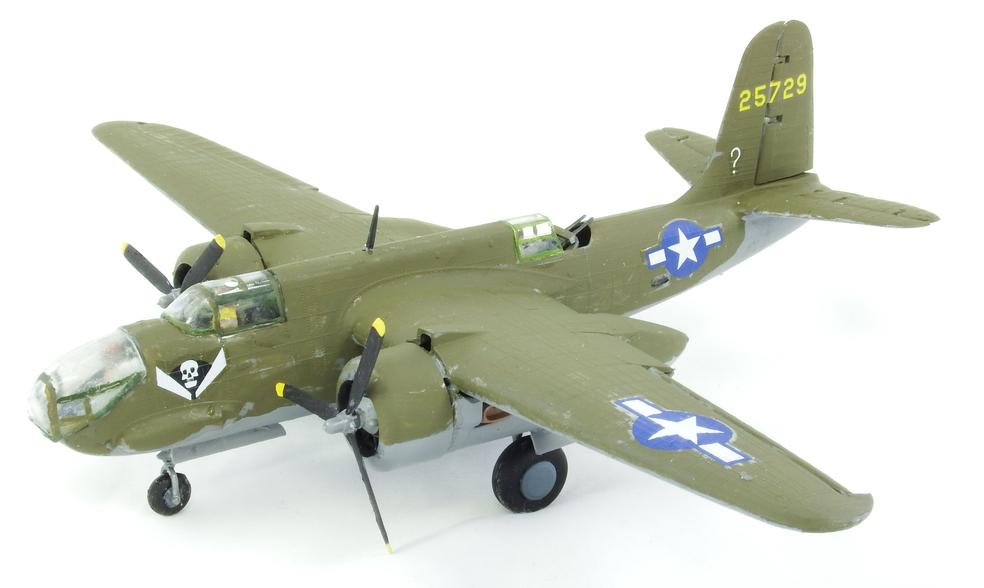 Mark Jahsan brought in a finished model and, perhaps for the first time, a WIP model.  Both are 1/48th scale and both are vacuum formed.  The yellow beauty is the N9M which I believe was a 1/3 size test vehicle.  The big baby is Combat Models XB-35 flying wing.  Mark wanted us to see his scratchbuilt structure inside the wing which will give it the required stiffness and structure.  Jeez…is that impressive!!  Thanks for sharing that with us, Mark! 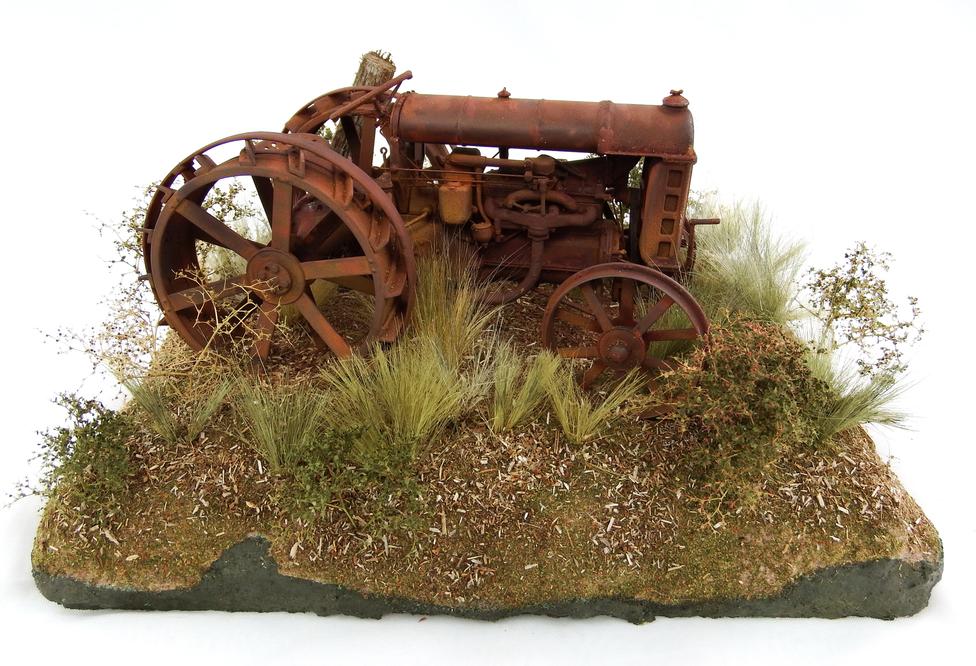 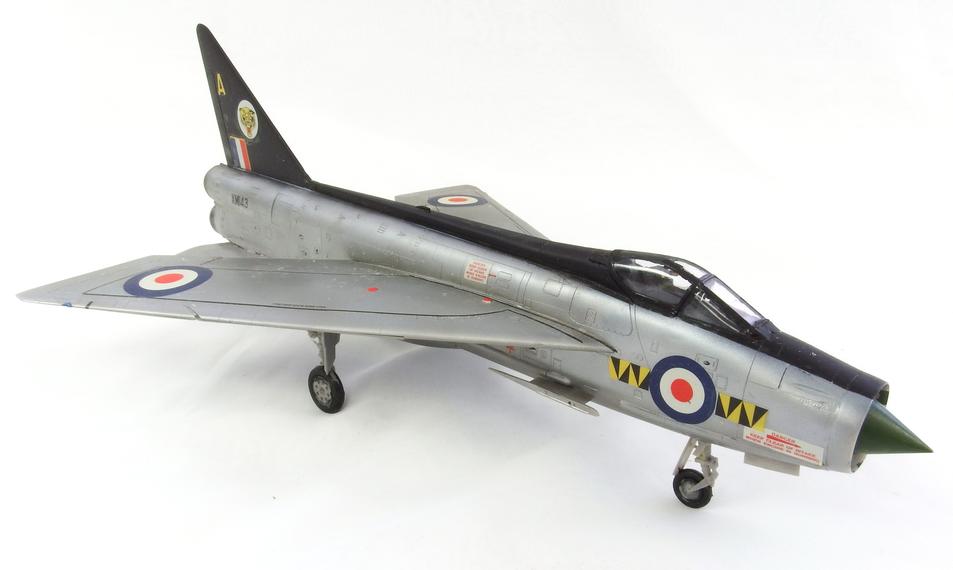 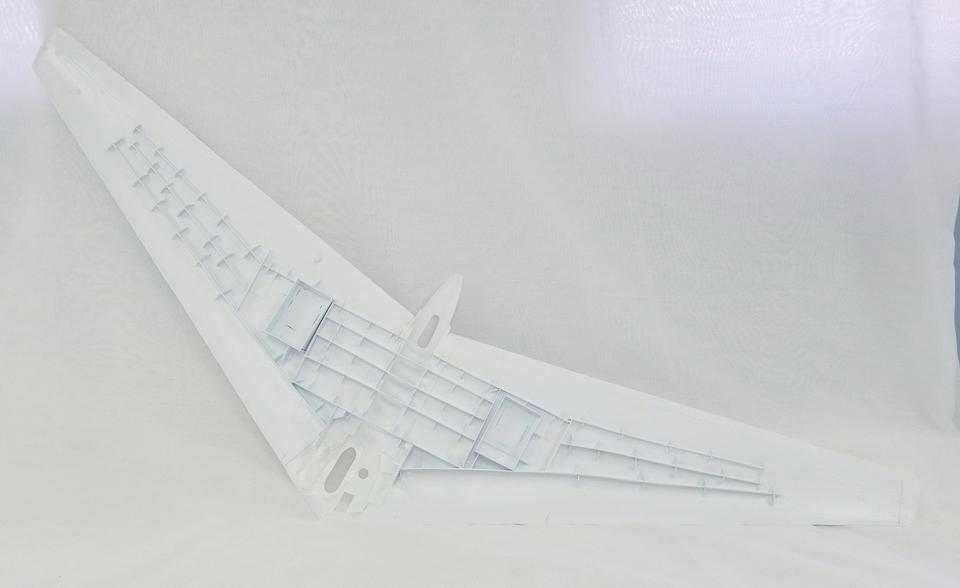 Here are some candid shots from the proceedings.  As you can see in the first photo, Bob tried to wait until he got home to take his nap…just didn’t quite make it!  ;-) 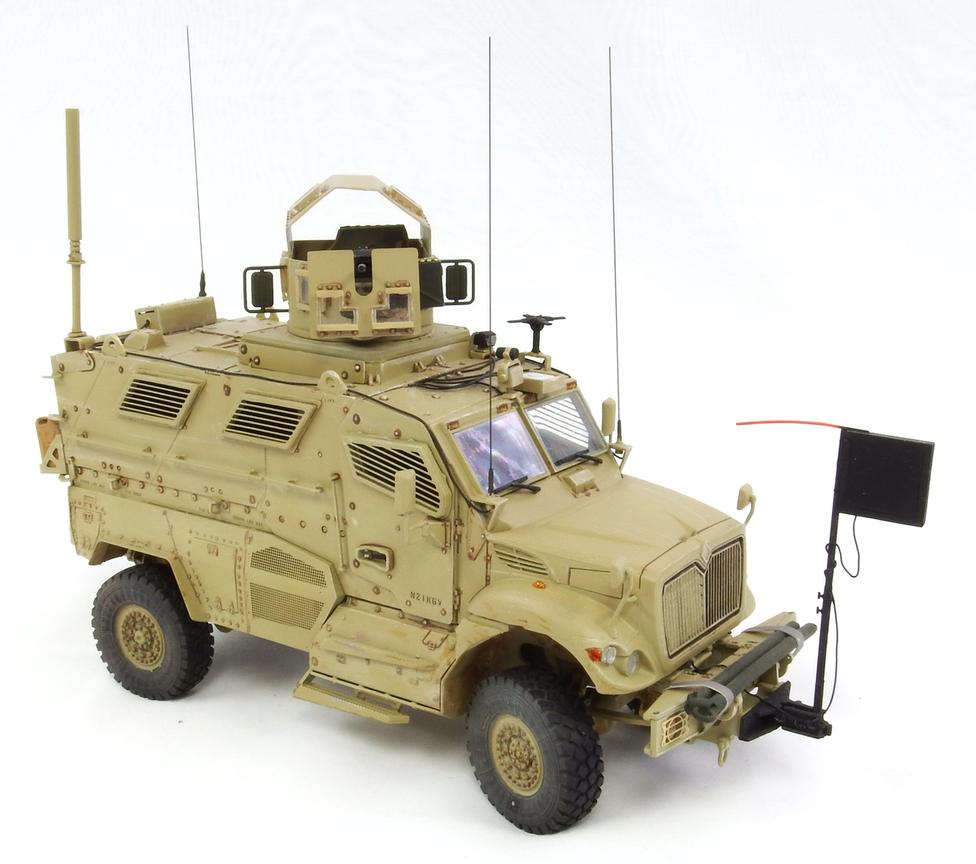 Let’s turn our attention to modern armor.  Making his triumphant return is Tom Miller with his Panda MATV which looks terrific but mostly due to Tom’s skill as an advanced modeler.  The kit sucked…very flashy (and not the Bob Thompson kind of flashy!).  The tires/wheels are DEF Model resin with realistic sag.  His second model is the Kinetic MRAP which is based on the International Windstar truck.  Tom says it was a good kit.  He used MM paint, dry brushing, pin washes, etc., etc. to achieve the realistic appearance.  Thanks, Tom, and welcome back! 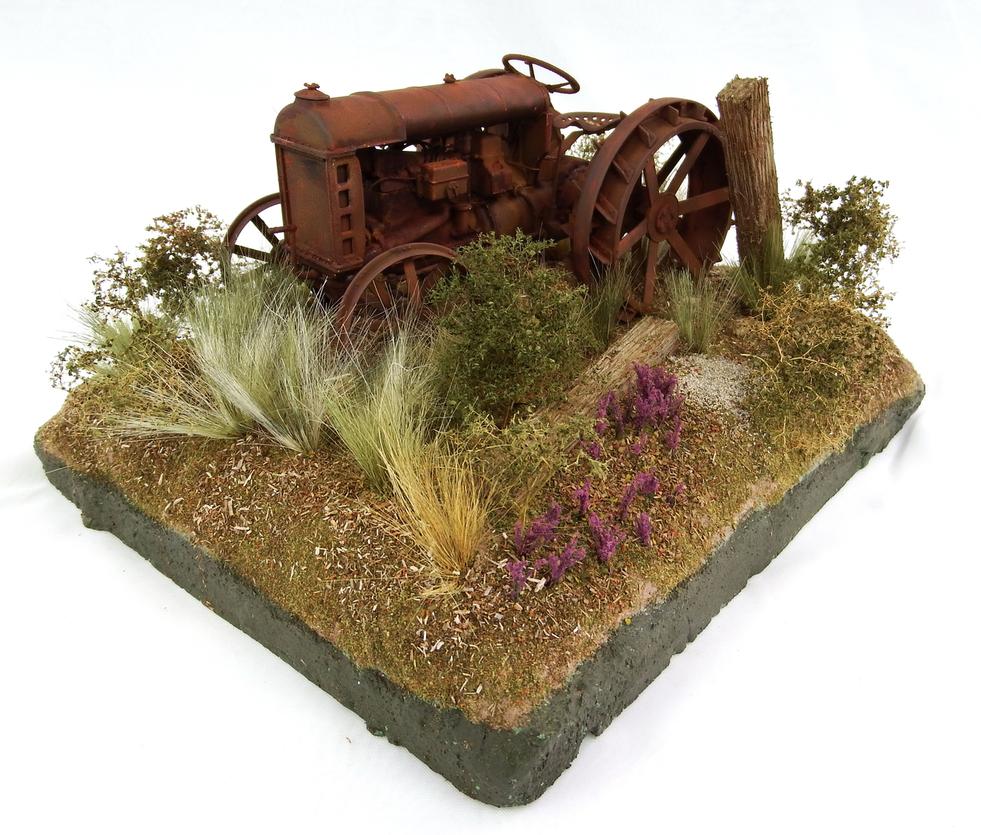 More dirt!  President Burggren proudly showed off his ’36 Plymouth early dirt modified.  It was pretty much built out of the box except he scratchbuilt the hood and nose from printer’s aluminum.  The decals were from his spares box.  He used MM and Testors paint.  This guy is good!

Brad Hicks is another modeler of modern armor.  First up is his Challenger 2 (desertized…if there is such a word…spell check says no!).  This is the British main battle tank and some would say it is superior to our M1 Abrams.  The white squares are ID chip panels and are supposed to protect against friendly fire….  Brad didn’t describe the second tank which he had brought in previously.  It is a Challenger MK1.  Brad did a fantastic job on both and his figures were also well received.  Good to see you again, Brad! 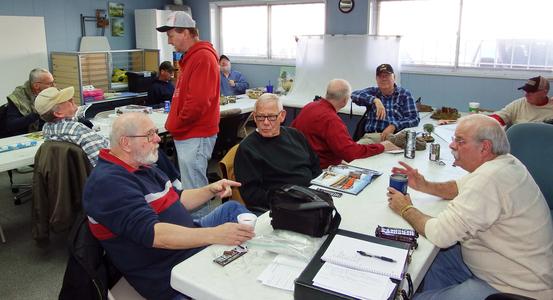 And speaking of Al George, here is his large scale, 1/16, Fordson tractor that started life as a happy and healthy die cast metal model…then Al got ahold of it and made it look old and decrepit.  Al has mastered the art of rust!  Although the tractor looks big here, in real life the wheelbase was only 63” with a tire size of 42 X 12”.  This puppy had 12 HP and had a diesel engine.  Great job weathering, Al! 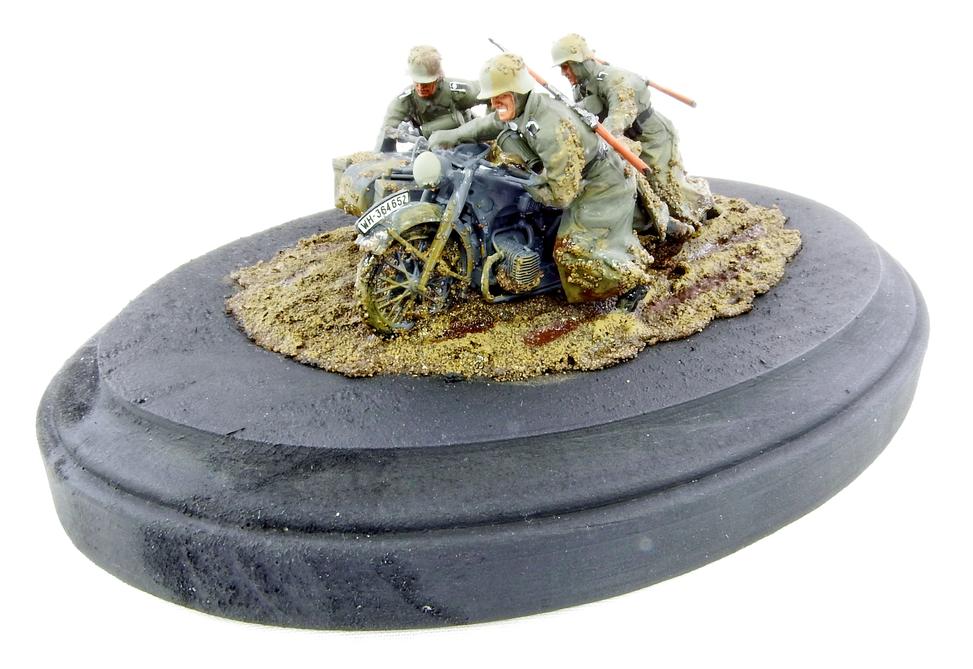 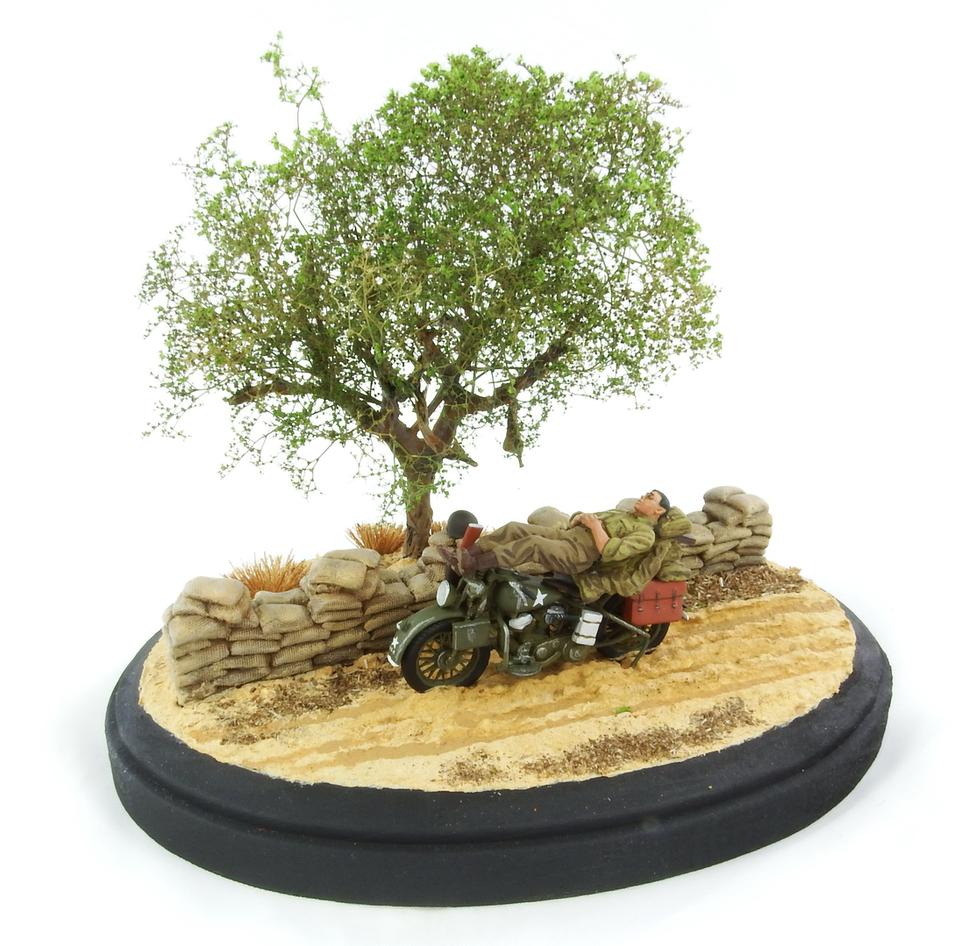 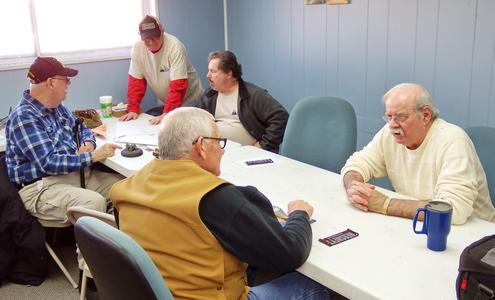 The one, the only, the incomparable Big Daddy.  As seen on the home page, is this Jerry’s finest model?  Take a good look…could be.  This is Takom’s Mark IV British WWI Female tank.  He used Future as a gloss base for the decals and as a sealer and Jerry said it worked great.  He used Pan Pastels to weather and rust.  He waited and purchased the snap together track links at the AMPS convention in Auburn…the kit requires 5 pieces per link!!  Jerry did a bang up job on this beauty…should take first place at K-Zoo…oh…wait….

Bob “Motorcycle” Thompson brought in a German and an American motorcycle vignettes.  The first is from MiniArt and shows a GI relaxing on his Harley.  The realistic tree is from George Trees, Inc.. Note that this tree is alive and healthy!  ;-)  While the American is relaxing, the same cannot be said about the Master Box Germans who are trying to push the cycle through Bob’s realistic mud.  I’d rather be resting under Al’s tree!  Great job, Bob. 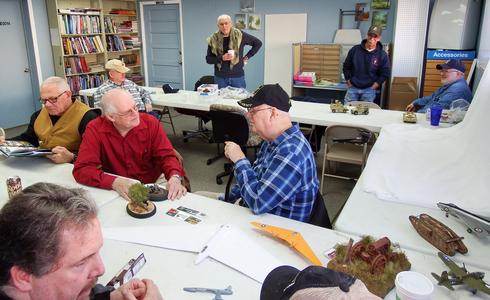 Let’s start off with the life of any party…or S&T, Mr. Feller Dewitt.  The A-20 Havoc is one cool looking airplane.  This is the 1/72 Airfix kit which he hand painted with Model Master paints and decals from his spares box.  Feller has been fighting Shingles (and they are very painful!) but he managed to complete this beauty in time for its 2016 unveiling.  But there is a tale of woe associated with the build…it started life as a tail sitter.  Feller cleverly figured out how to use CA and glue in BB’s in the nose after the plane was built.  Unfortunately, either the glue or the fumes messed up the nose canopy.  Let’s hope Feller got his modeling problems out of the way early in 2016 and will have clear “flying” the rest of the year!  Still looks great!

Doug Schuur brought in a beauty of an aircraft model.  This is the Airfix 1/72 Lightning F.2A/F (I think…this is why I need data sheets!).  It was part of the Tiger squadron…and we all know Doug loves Tigers!  He believes the bare metal finish is the old Pactra stainless steel.  One of the best metal finishes I've seen.  Great job on this one, Doug! 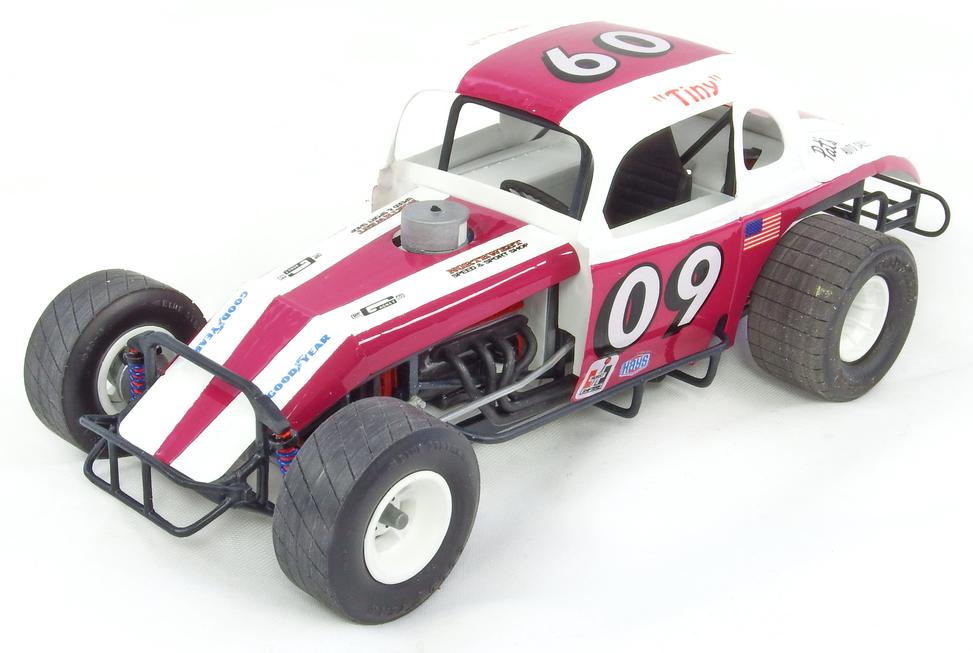 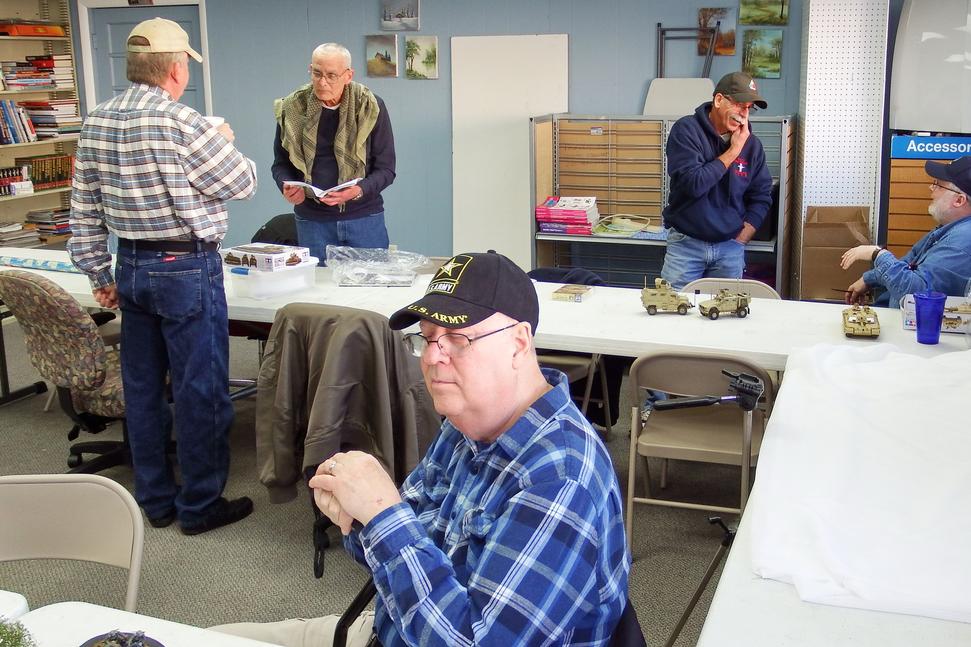 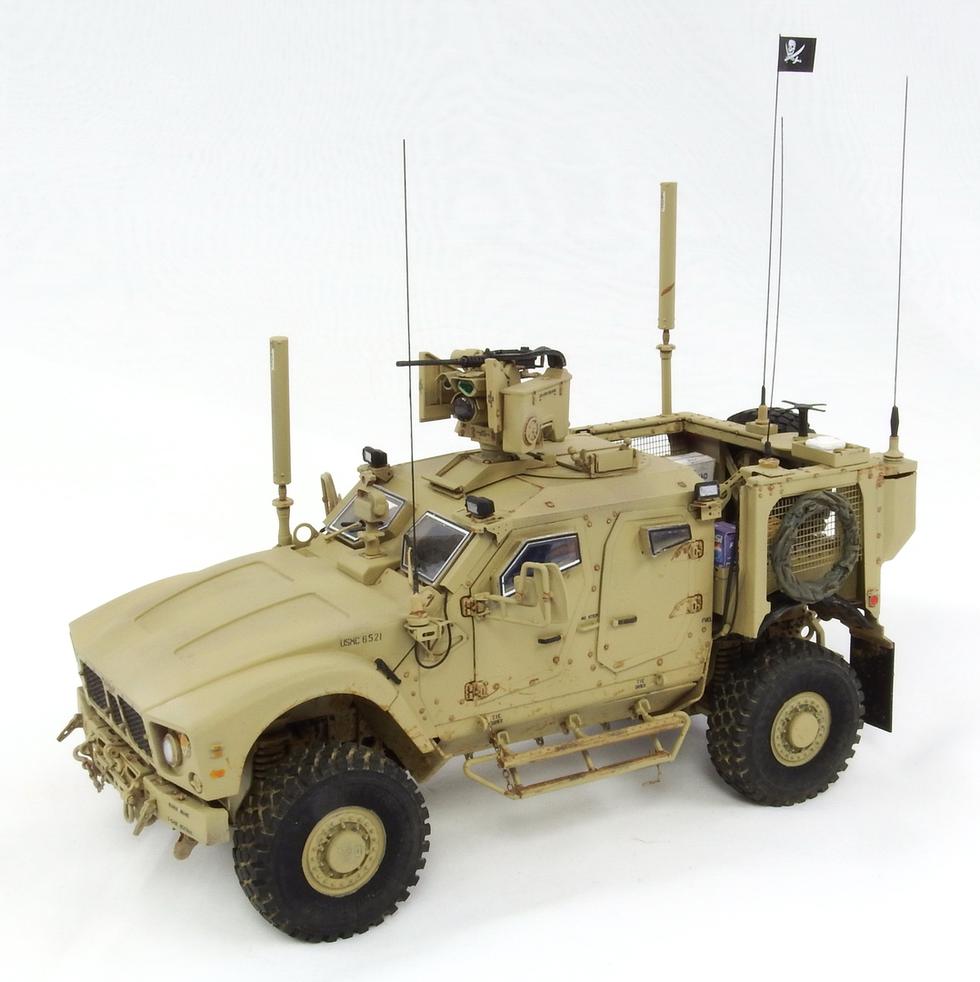 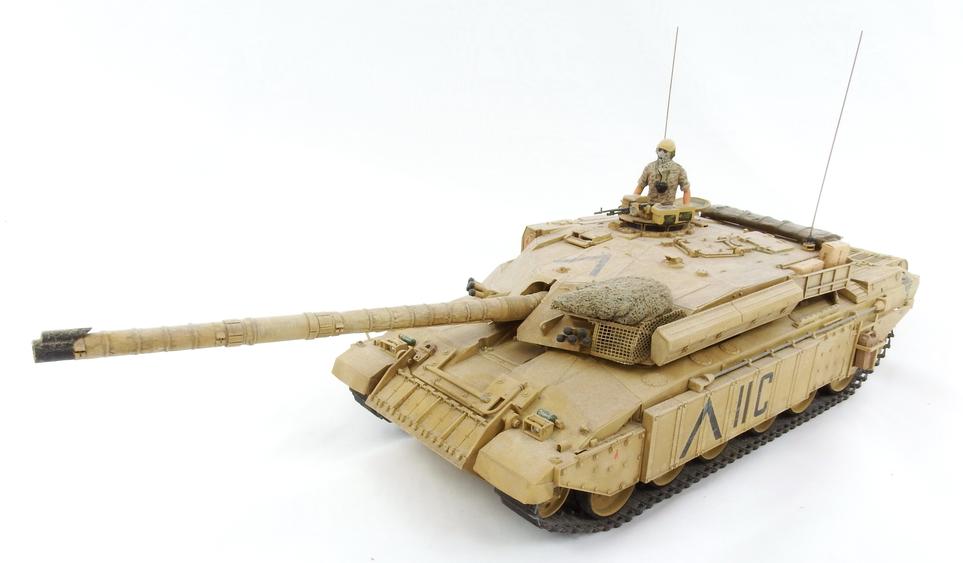 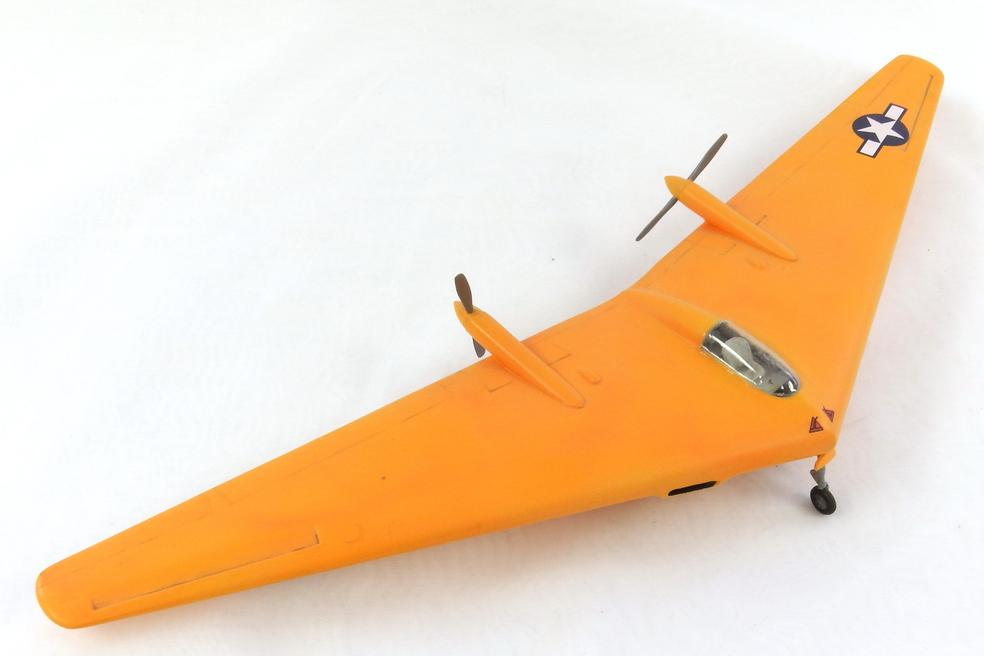 TRIAD is off to a great start for its 32nd year!  See ya at the January Work Session…and those Thompson birthday cookies!!!