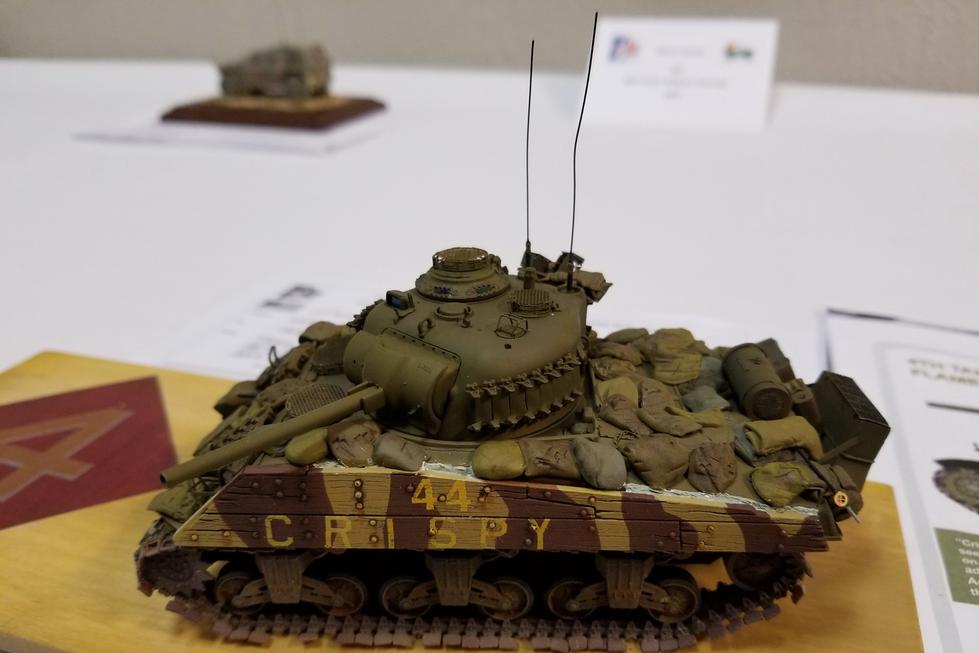 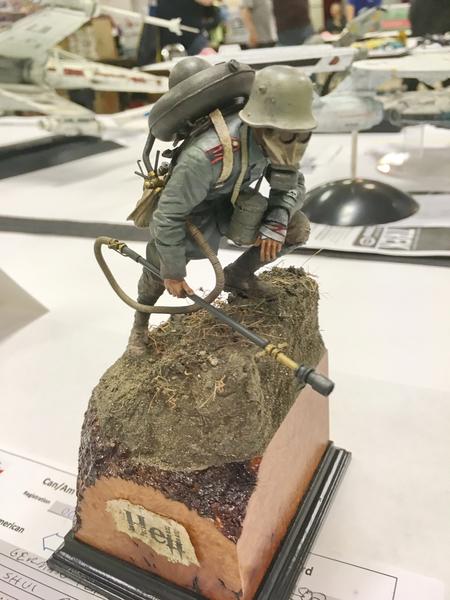 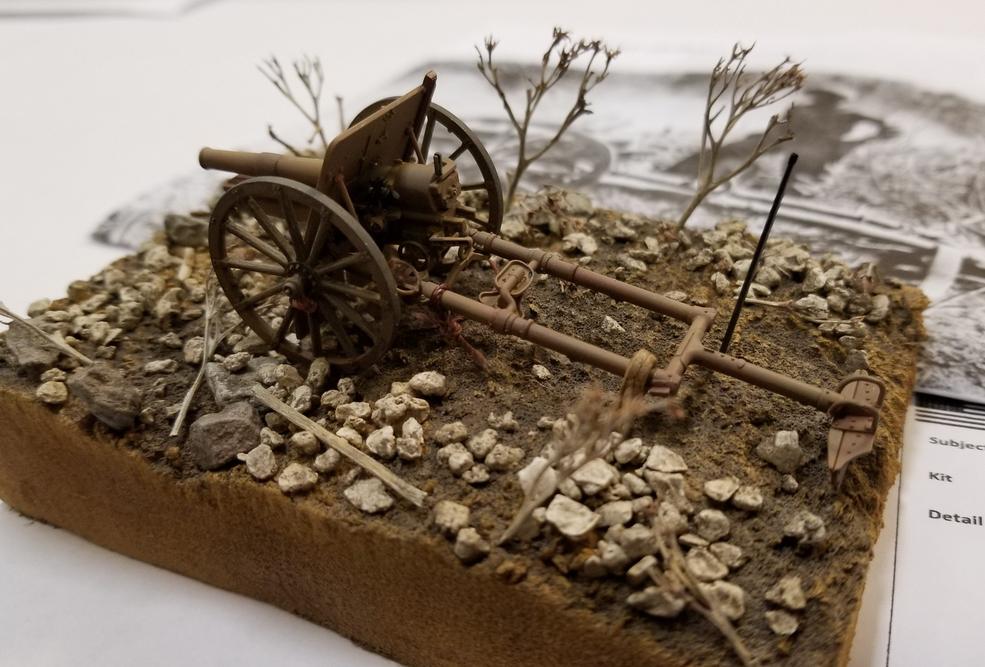 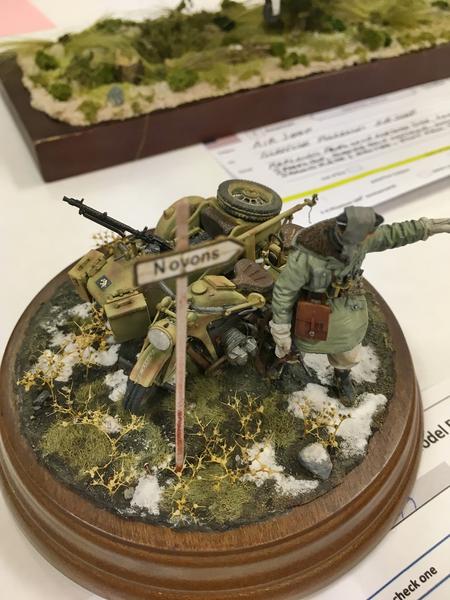 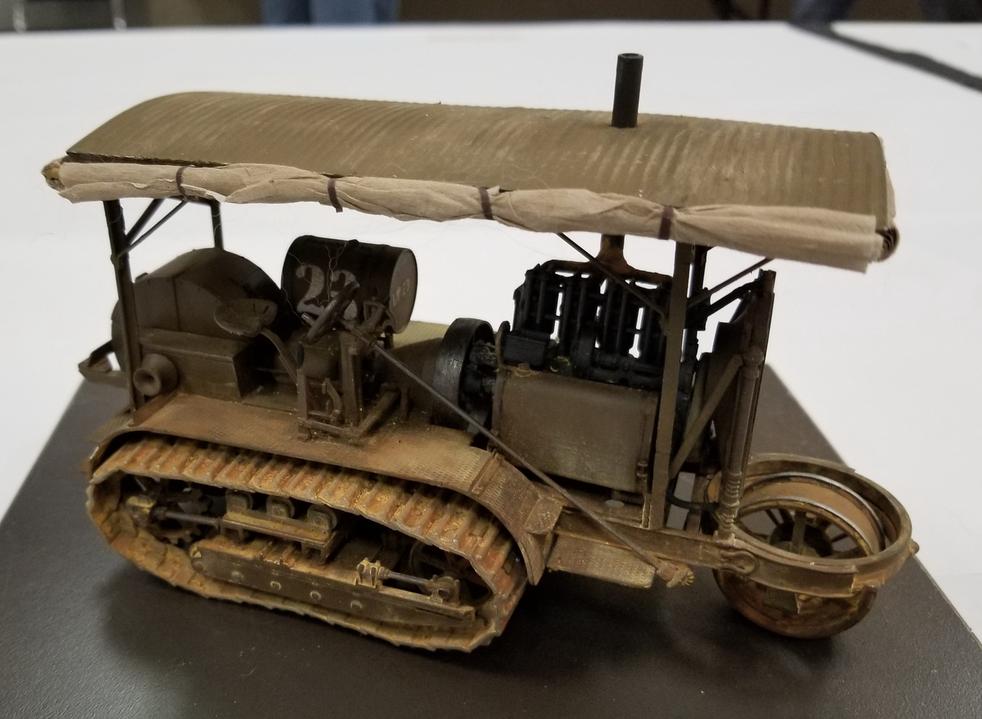 Seven TRIADS and one wife attended the 2018 Can-Am model contest in Livonia.  It was a soggy day…who am I kidding…I’ve never seen so much frickin’ rain!  But that didn’t dampen our spirits.  Most of our group were able to secure a table and chairs and we’re able to hang out together.  We feasted on hamburgers and hot dogs.
The contest was a huge success.  104 contestants entered 408 models, vignettes, and dioramas.
This was the second time the contest was held and once again, based on a weighted average, the Canadians won…again!!  Who invited them??
TRIAD kicked butt. 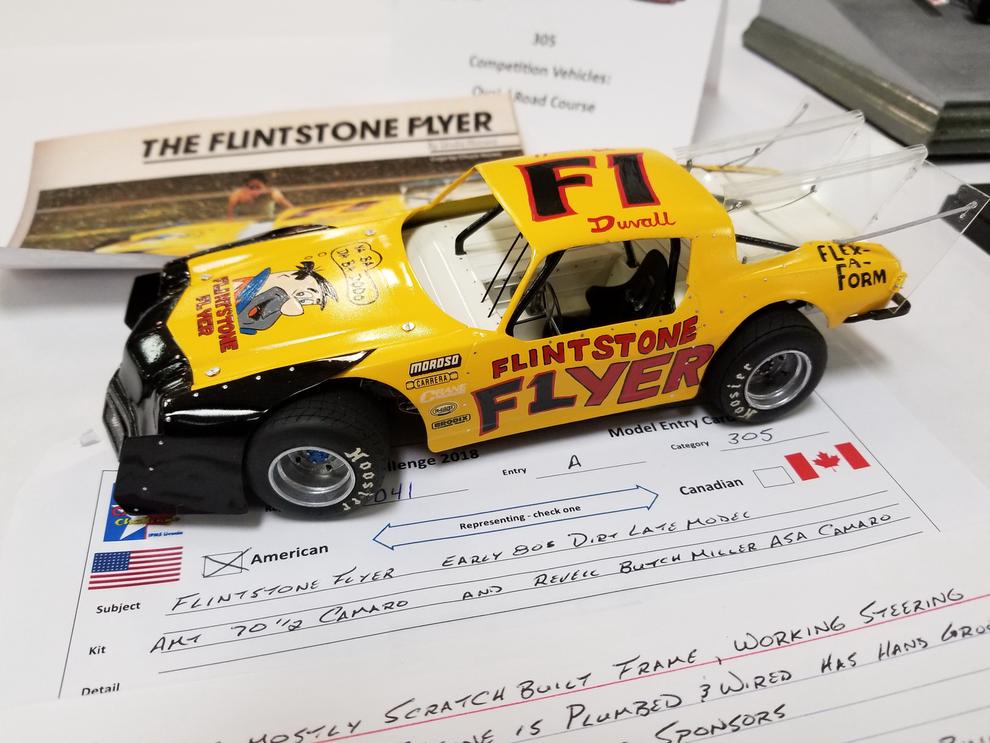 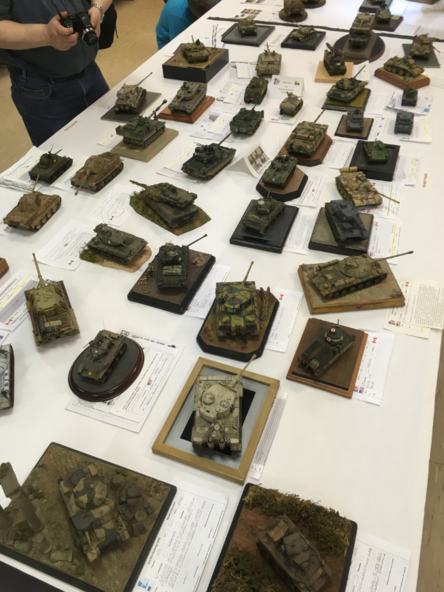 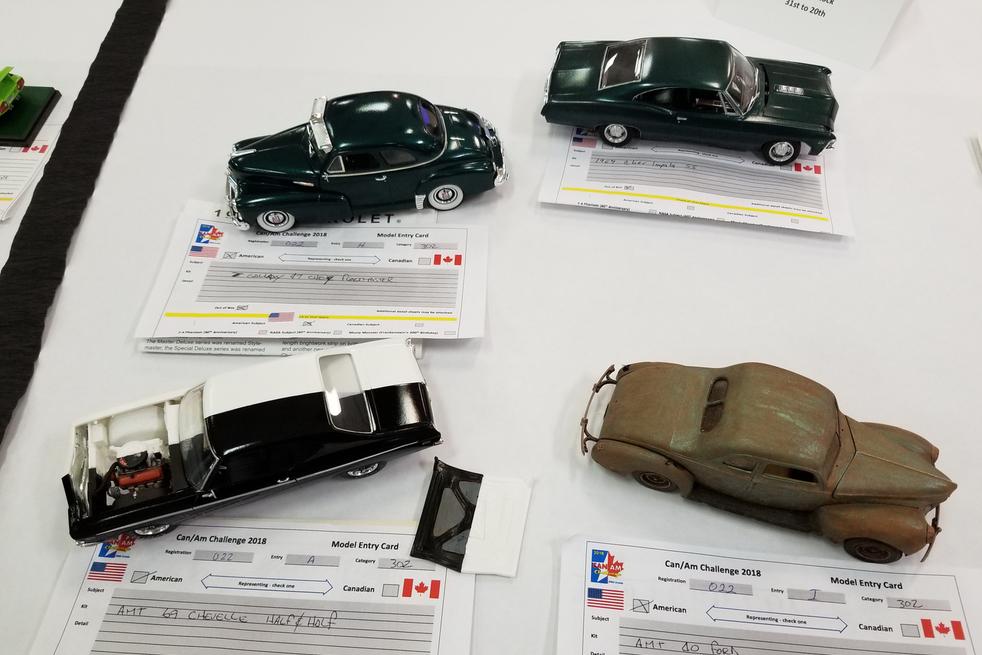 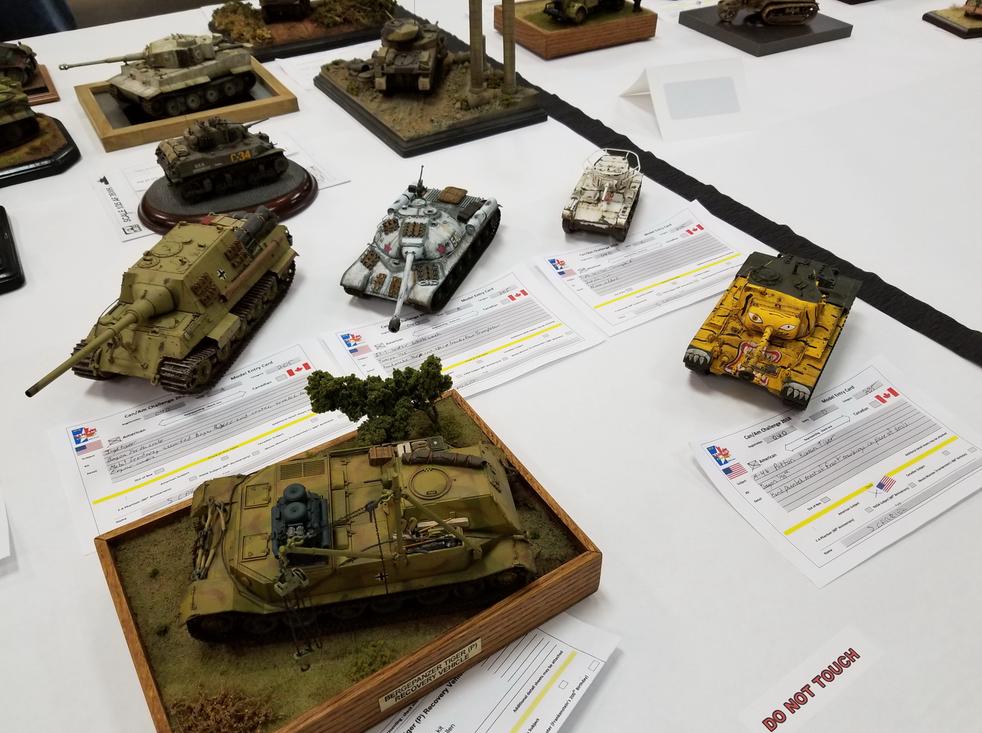 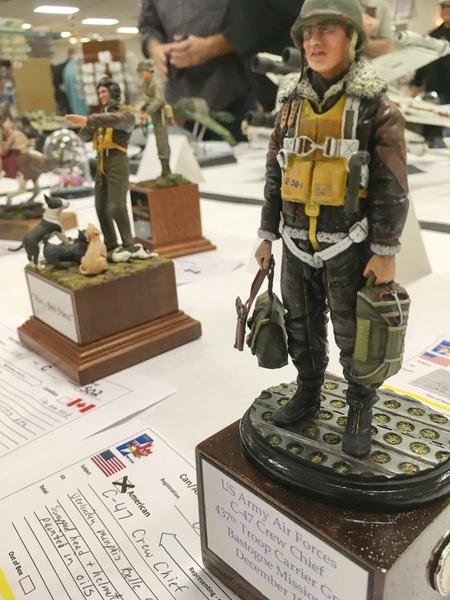 Keith Lemke’s world renowned garage diorama failed to win but his car models pulled down a FIRST with his box stock ’40 Ford, SECOND for his ’37 Ford street rod, another SECOND for his ’53 beater Ford truck, and an HONORABLE MENTION for his ’67 pro street Chevelle.  Good Heavens!!  Awesome, Keith!

And Alan Vandam struck gold, too, taking a FIRST with his gorgeous 1/48 Sherman Crispy.  He also won a THIRD for his Japanese Type 41 Mountain Gun.  Way to go Alan!! 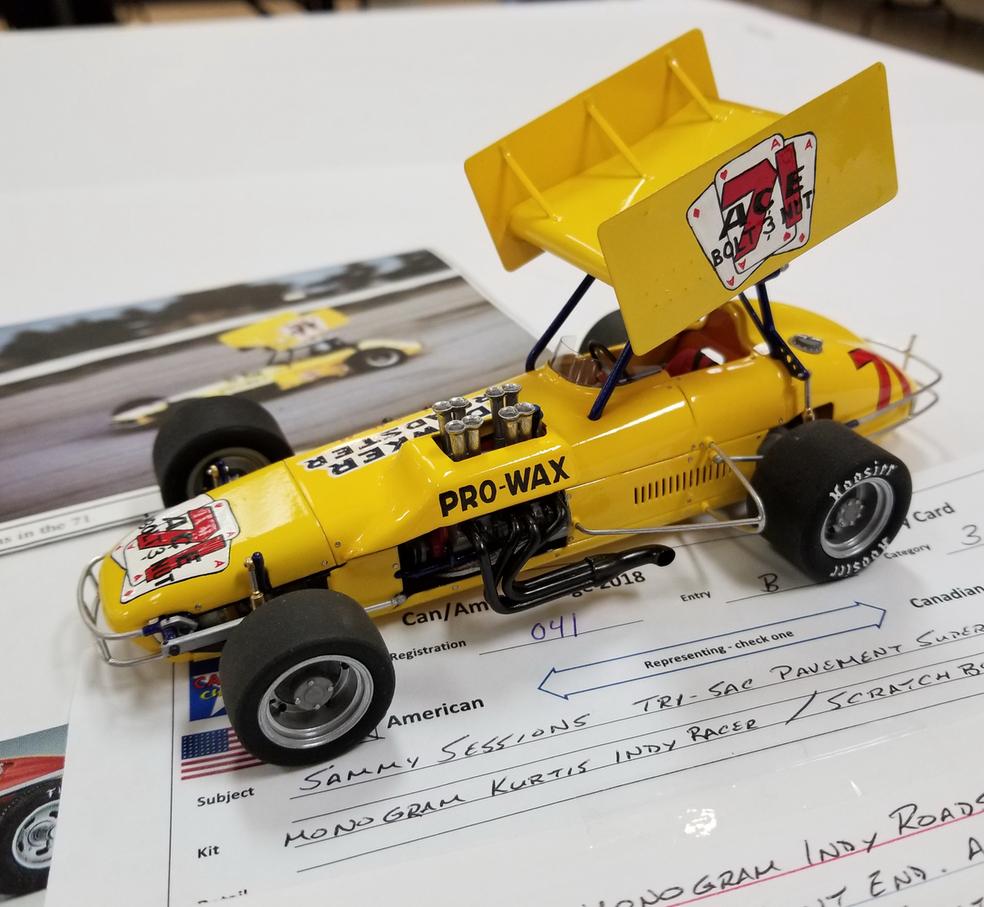 Stand Carrier’s models were amazing as always but he came away empty handed.  That sucks…at least he got to sit with me!!  ;-)  Here is a photo.... 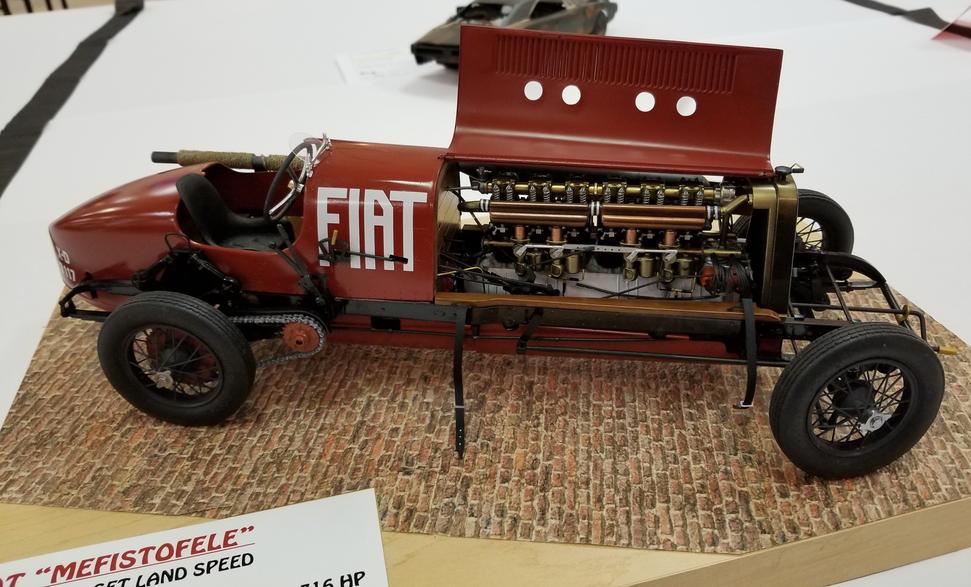 Here are a few photos submitted by Keith Lemke:

Skill level 1.55 entered one automotive model in the large scale category and took home FIRST!  To everyone’s shock and amazement, he was also awarded the “Best Automotive Award”.  He also met his Italian guardian angel Fabrizio...but that's another story....