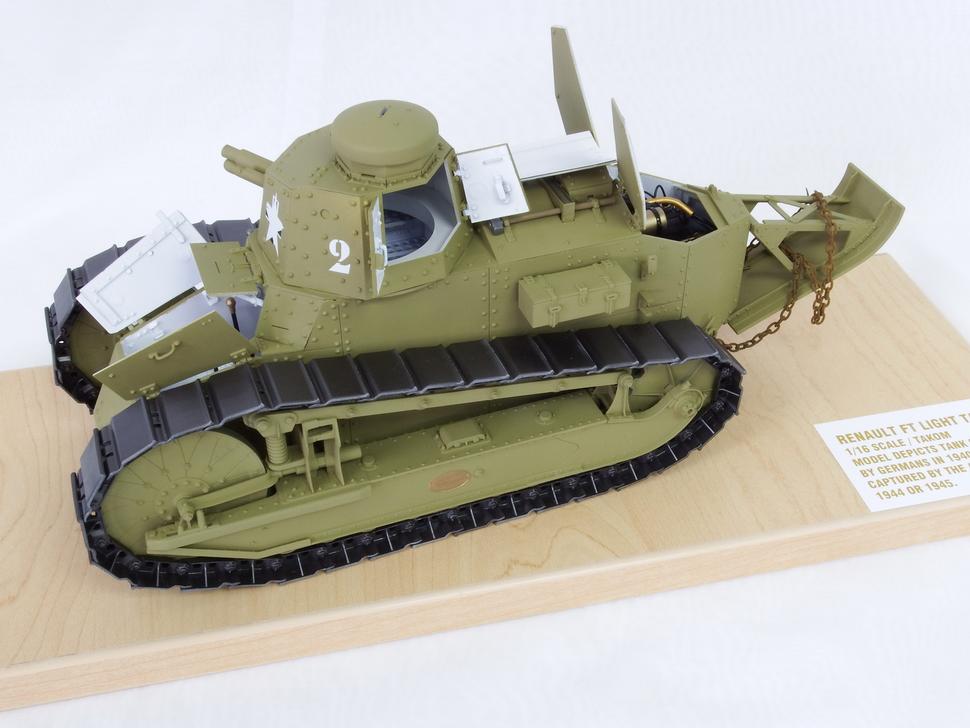 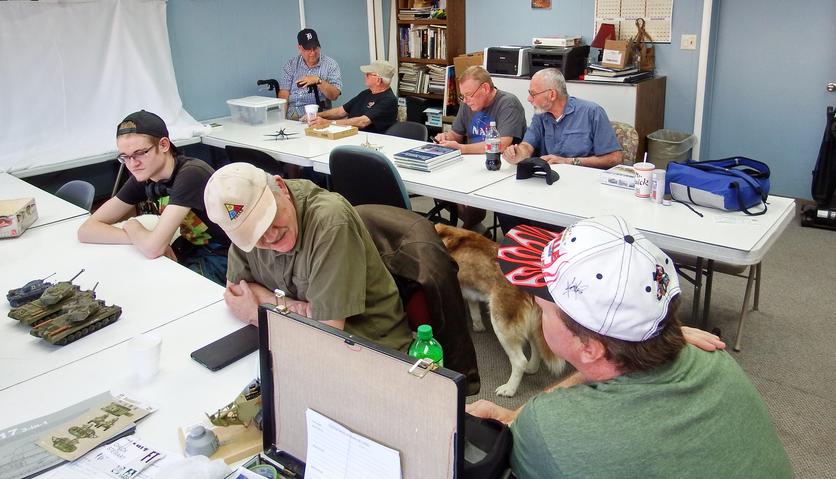 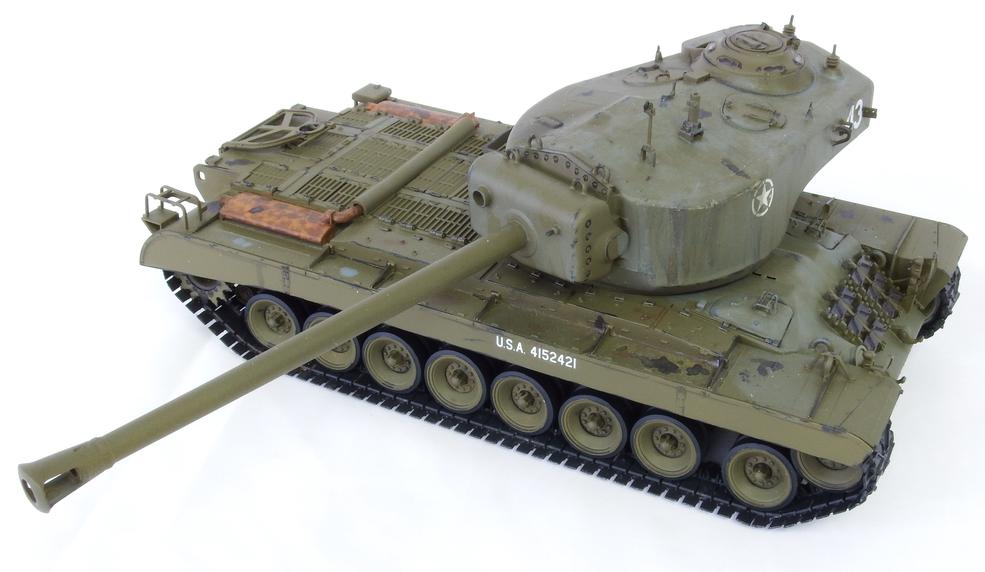 Stanley Carrier brought in two Takom kits, a T29 E3 #35 and a T34 #43.  Stan says the T29 was a “joyful experience”…obviously, he did something wrong!  The 105 mm gun was designed to take out King Tigers.  The T34 is a variant of the T29 and carried the 120 mm gun.  It was hoped this gun would be able to take out the latest German armor.  I think Stan said neither of these tanks made it into WWII combat.  The third little tank is something very special.  Stan started with a Tamiya kit and then added parts as he saw fit from three other kits.  Hope I get this right…he calls it a Volkspanzerkamfpfwagen II “Volkskatze”.  He said it was a tank the Germans might have created at the end of the war from leftover parts.  I think it looks cool…better than some “real” tanks!  Great work Stand! 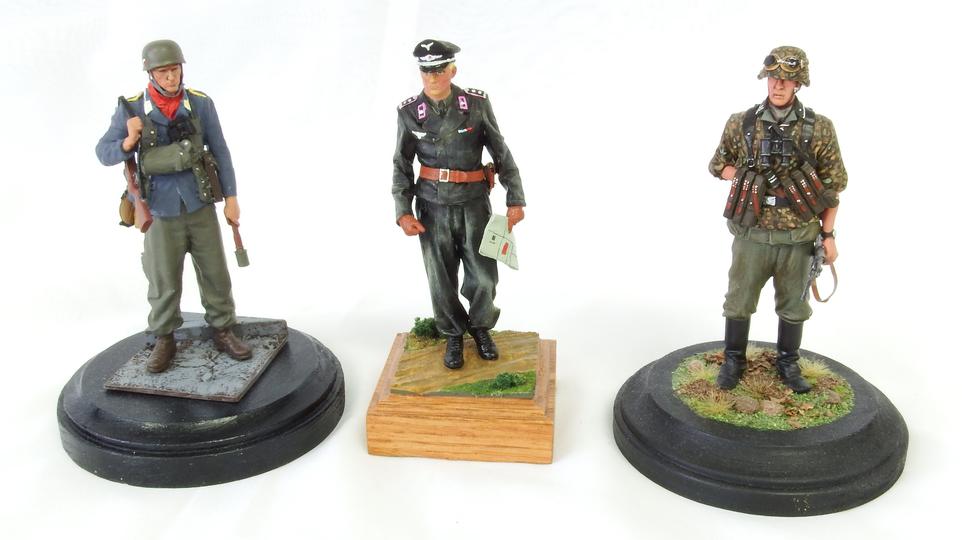 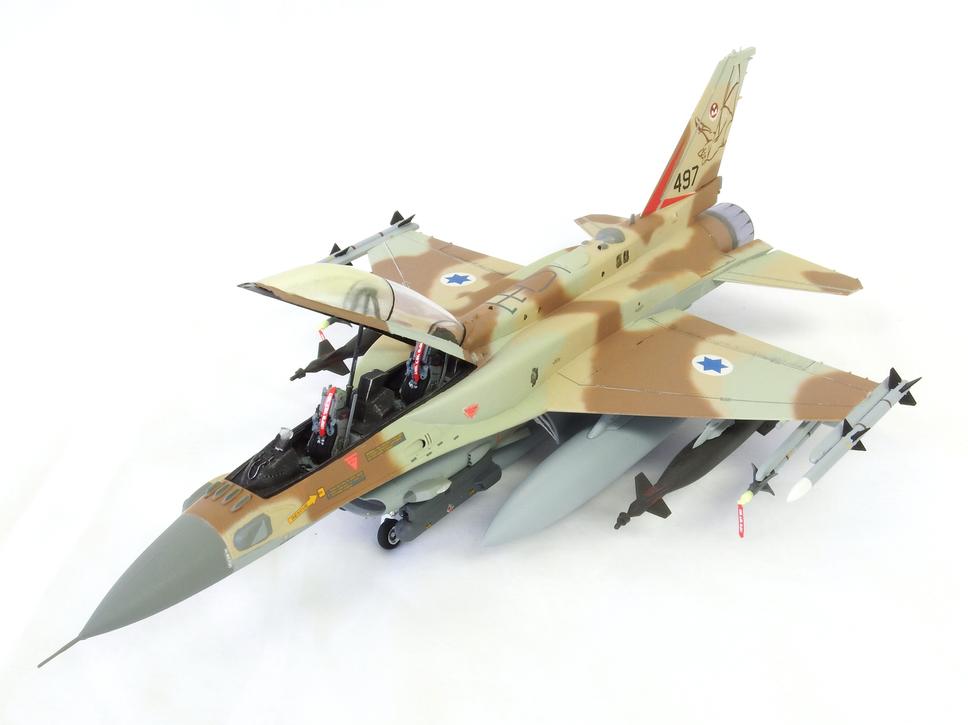 Bill Leger brought in his award winning Soviet JS2 diorama he built a few years back.  The tank is from Tamiya with Tamiya tank riders.  He nailed the wet look.  The base and building are scratchbuilt.  Sweet!  The M51 5 ton dump truck was Bill’s ride into work during his circa 1968 stay in Vietnam.  Except for the cab, one fuel tank, and the tires and wheels, this puppy is scratchbuilt.  Great job, Bill!

As I asked during the meeting, remember when Spencer Kosc was a cute kid?  Now days…not so much.  His outstanding modeling is kicking our butts.  He is getting on our nerves…but you have to appreciate his talent!  First up is his Trumpeter 1/144 Kawanishi Type 94.  He built it out of the box with Tamiya paints and weathering.  Awesome!  Then we have his 1/48 Tamiya V-1 buzz bomb again out of the box but painted with Vallejo Model Air.  He also successfully tried wreathing with oil paints…especially on the cart.  Is there nothing this punk can’t do???  Great work, Spencer!

Bob Thompson has agreed to let us enter one of his figures in the Ridout Challenge.  He brought three of his favorites in.  All three are 1/16 resin.  The Germans are, left to right, a paratrooper, tank commander, and an SS soldier.  I have selected the soldier…I love how he’s outfitted.  Hope he does well at the Challenge!  All were painted with Vallejo paint.

Here are a few shots of members having fun! 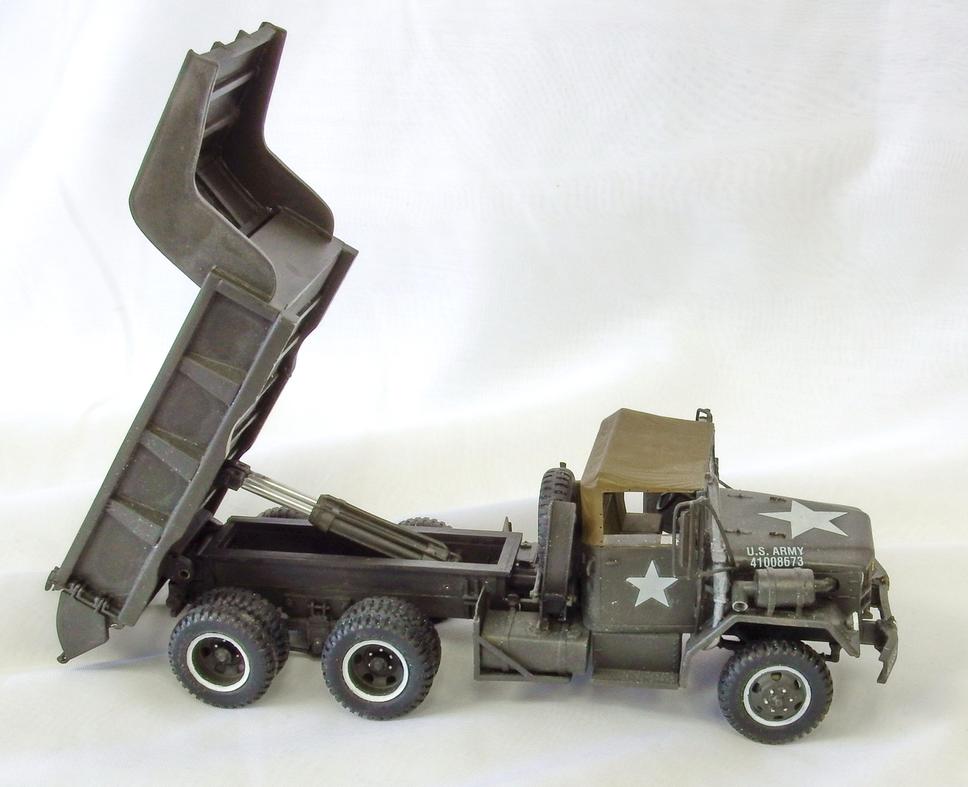 Skill level 1.55 brought in his just completed 1/16 Renault FT tank from Takom.  It was his first Takom kit and Chuckie likes!  The markings are from the kit and they represent a French tank that was captured by the Germans in 1940 and then captured by the Americans in 1944-1945.  Track links work!  Fun kit! 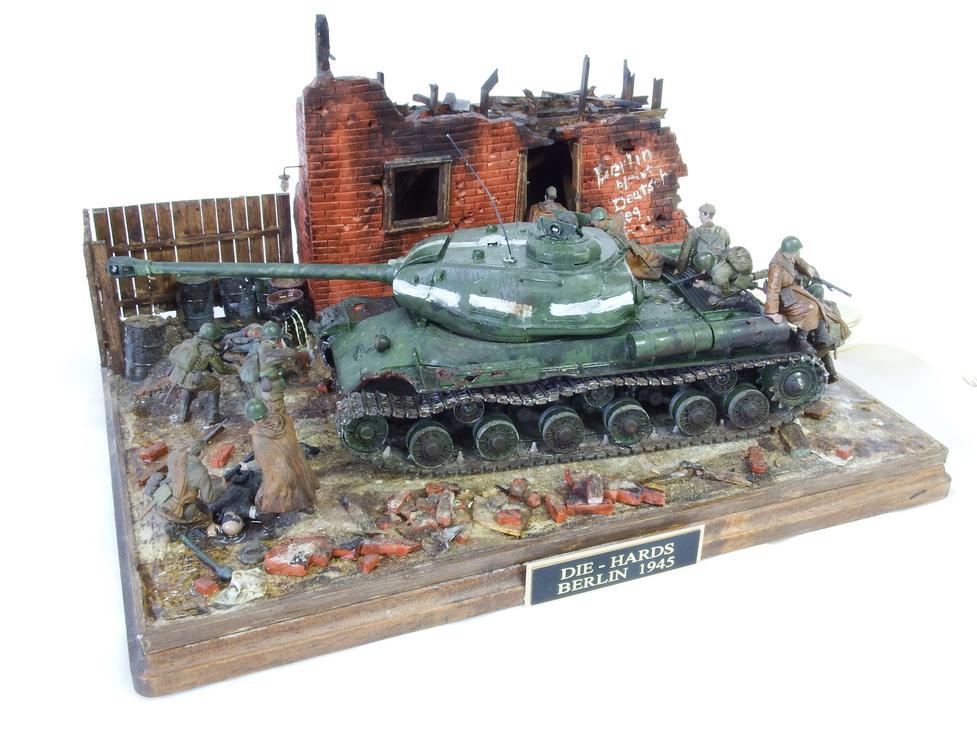 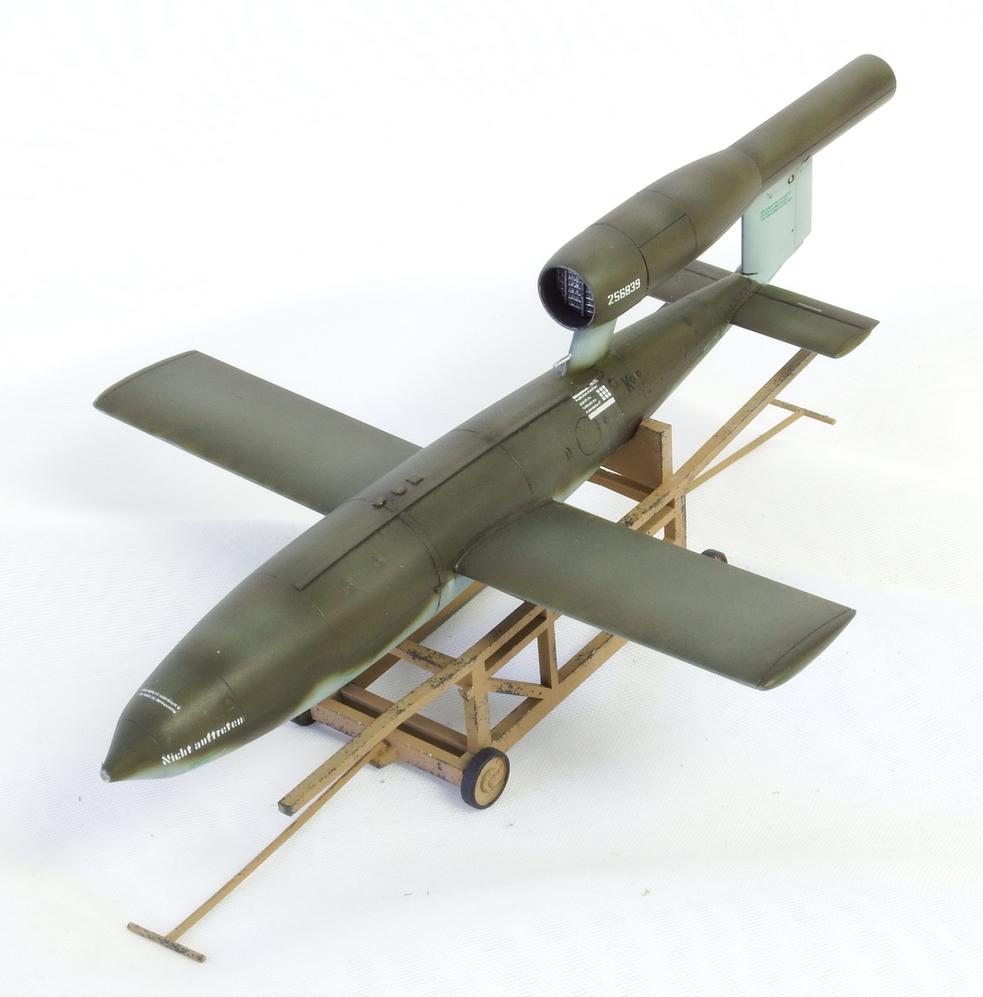 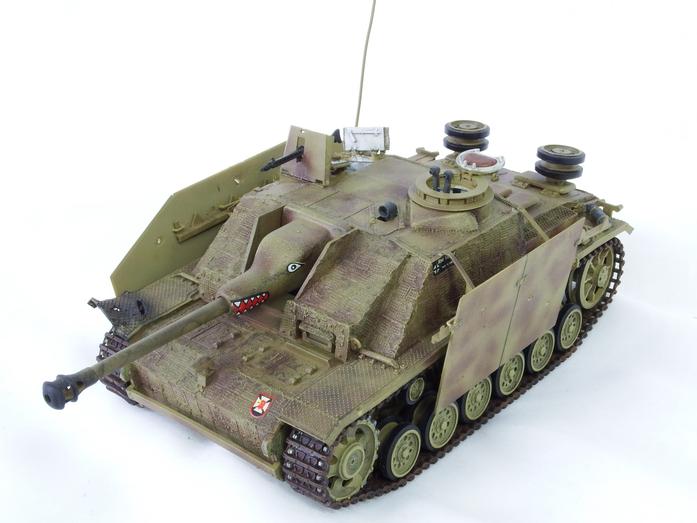 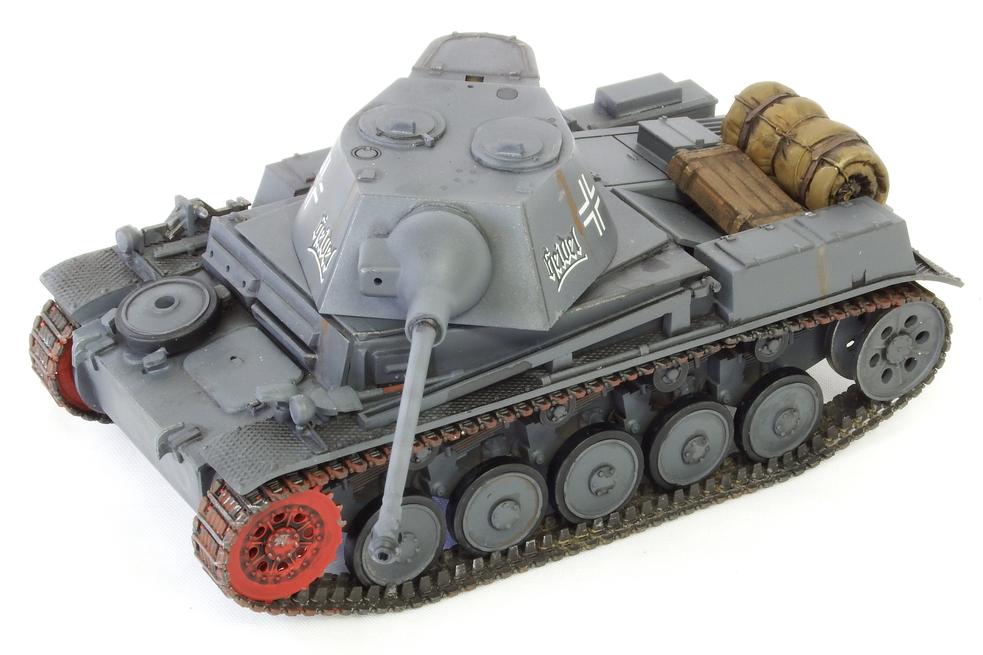 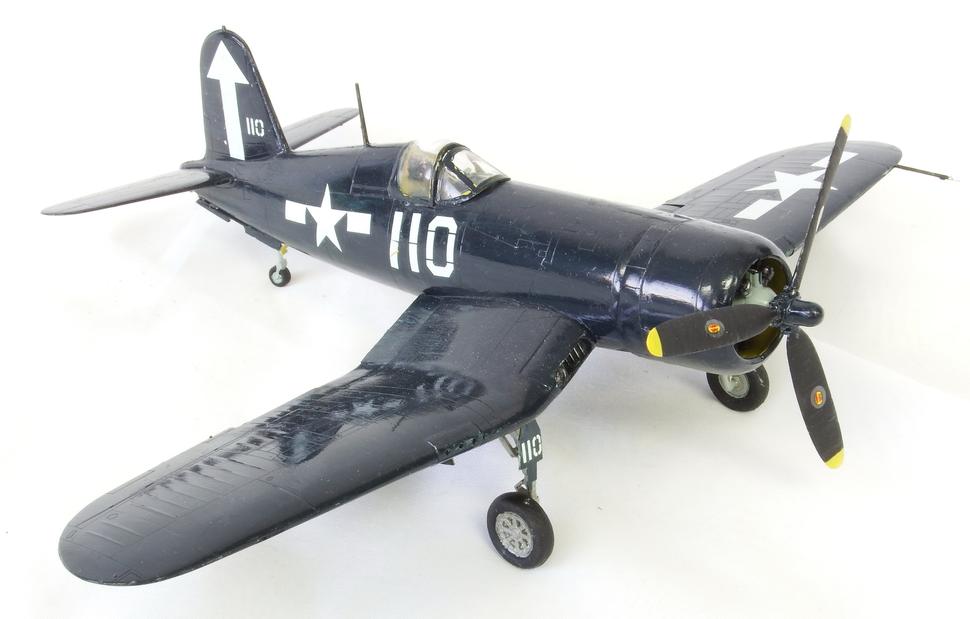 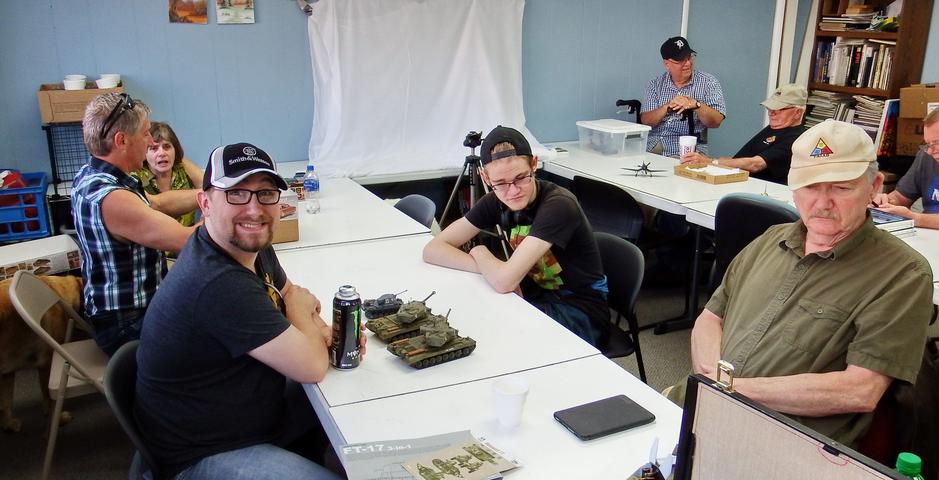 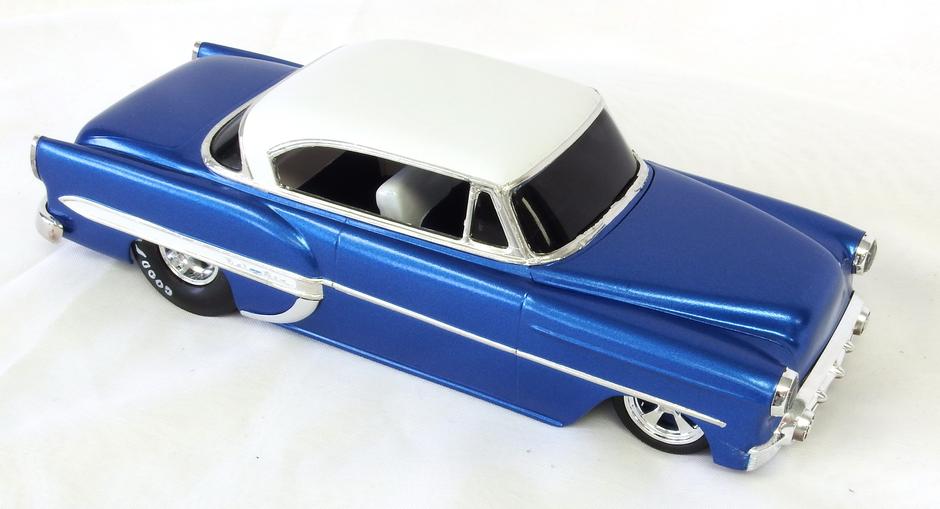 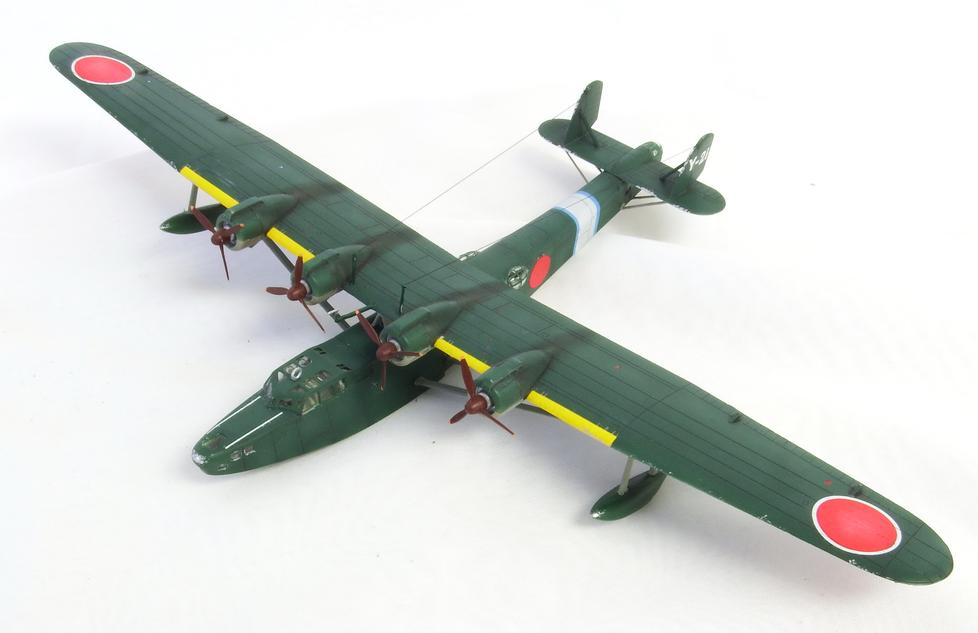 What the heck, let’s jump right in with our homepage model from Feller Dewitt.  He loves Mustangs and Corsairs and here is his latest F4U-1D from Academy in 1/48 scale.  Per tradition, he hand painted with Model Master paint and Super Scale Decals…which I guess were a bit crumbly this time.  Great job. Feller!

Keith Lemke showed off his Monogram ’53 Chevy Bel Air Pro Street painted with Duplicolor metallic blue lacquer rattle can.  It is a slam/curbside build.  Man, that is cool!

Chris Chalupa brought in three models but he wanted a photo of only one…his Tamiya StuG III to which he added Zimmerit and a PE ammo belt.  Looks fantastic! 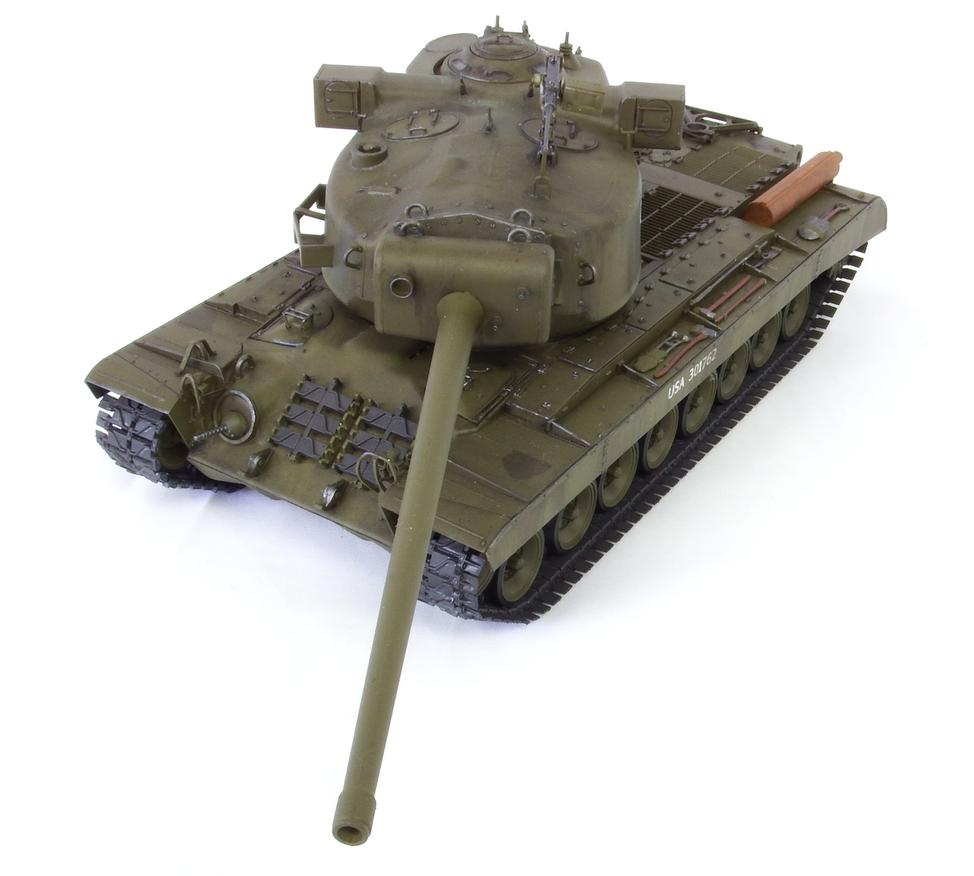 Would love to see all the TRIADS at the Ridout Challenge! 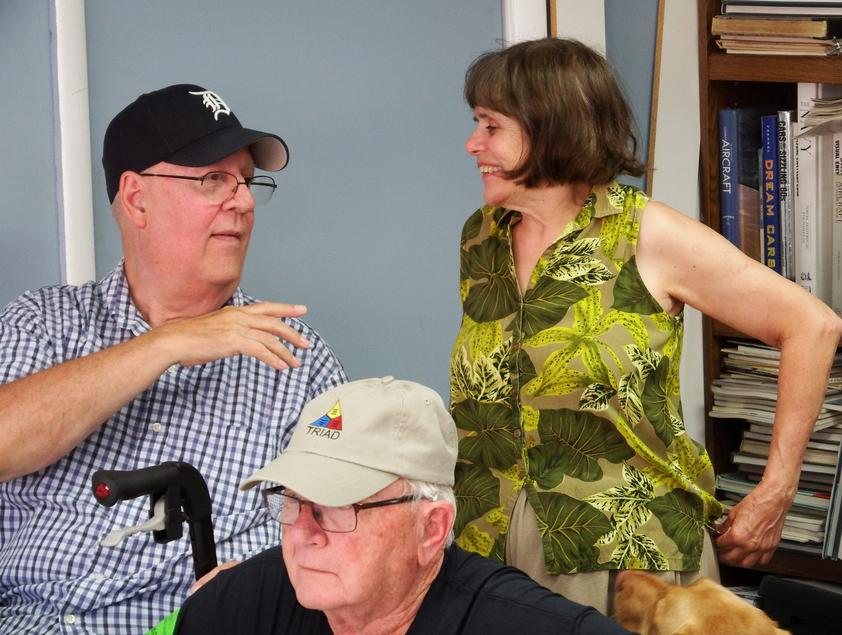