The guy with the beard who has fallen asleep is Ed “skill level 0” Small.  He thought if he laid low and stayed away from the meetings that this old guy would forget about his dastardly deed.  Wrong!  ;-)  The lovely lady on the far right…no, not Bob!...in the back row…is Jane Bridenstein.

Let’s take a look at a few meeting photos.  It really was a fun time.  In the first photo, we see Jerry doing what he does best.  ;-)  In the second, we see his wife Jane's talent...a beautiful beaded bracelet.  Sweet! 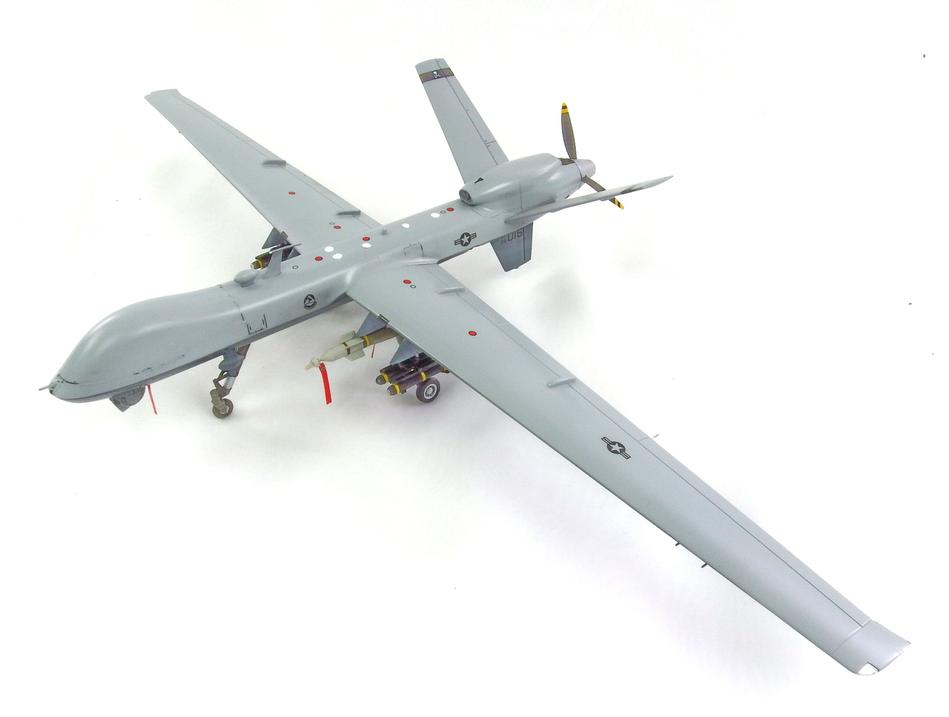 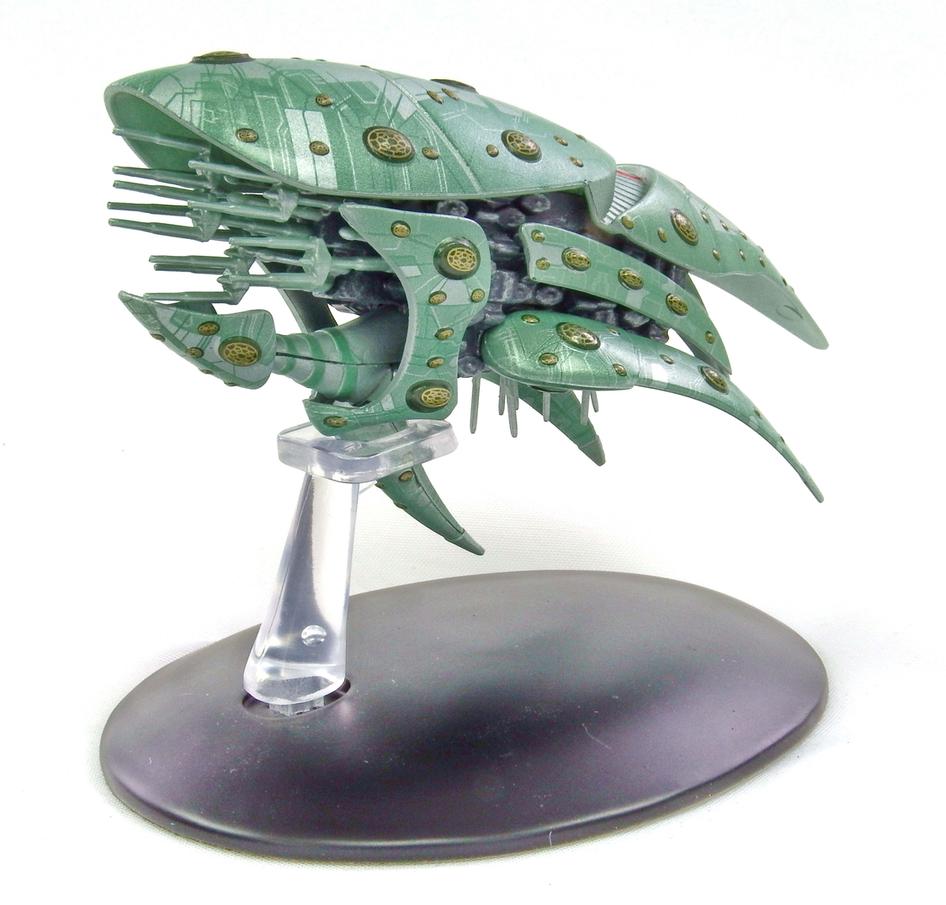 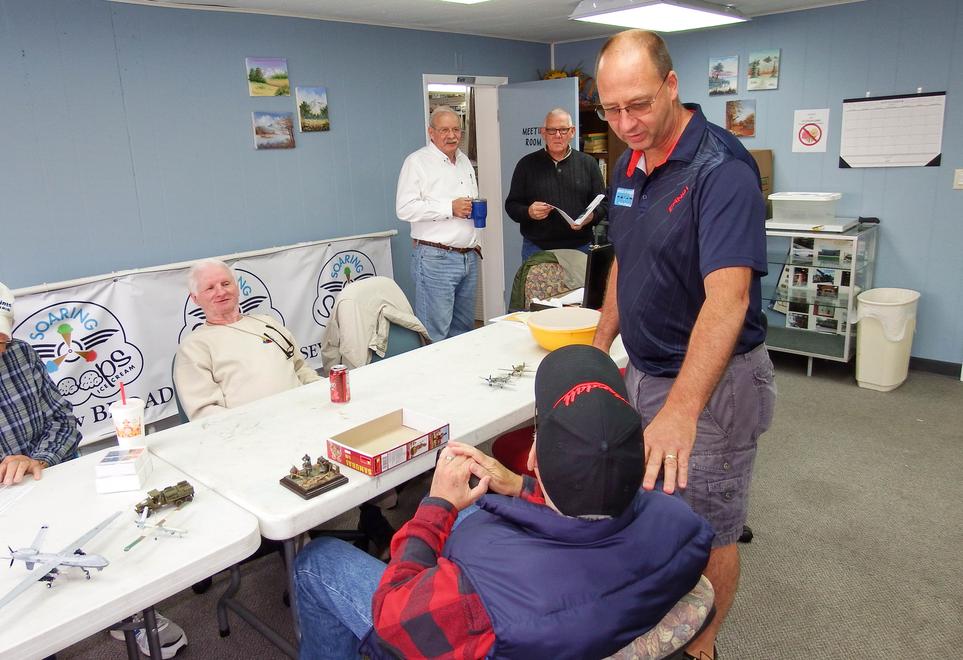 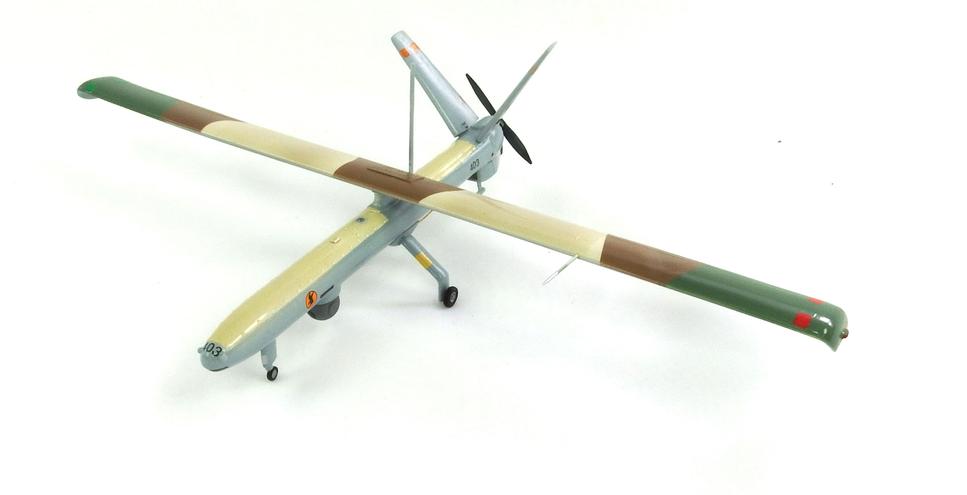 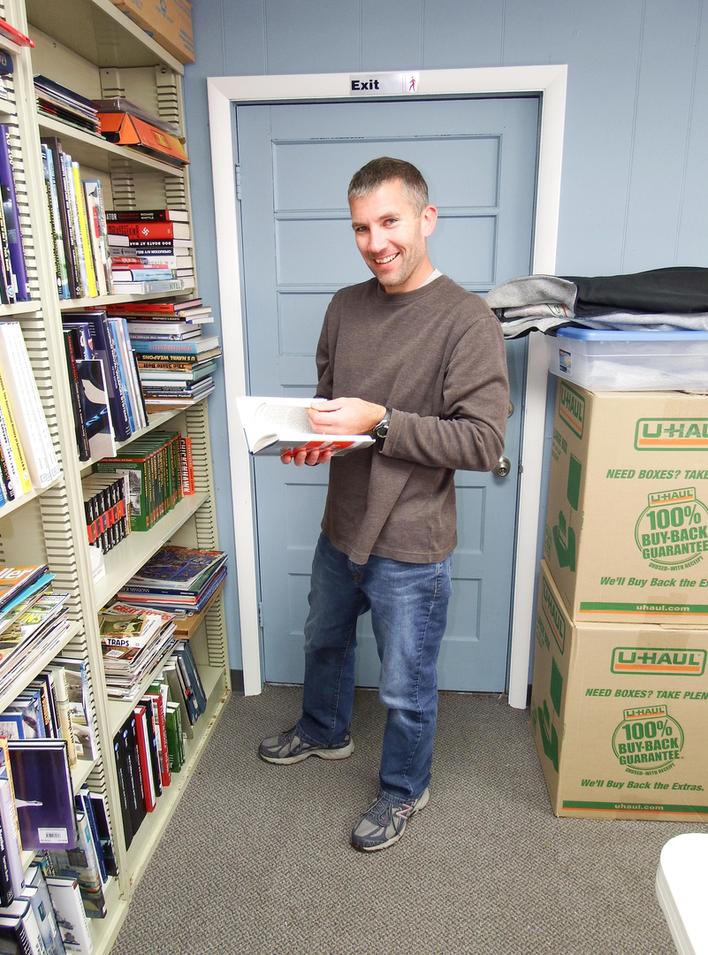 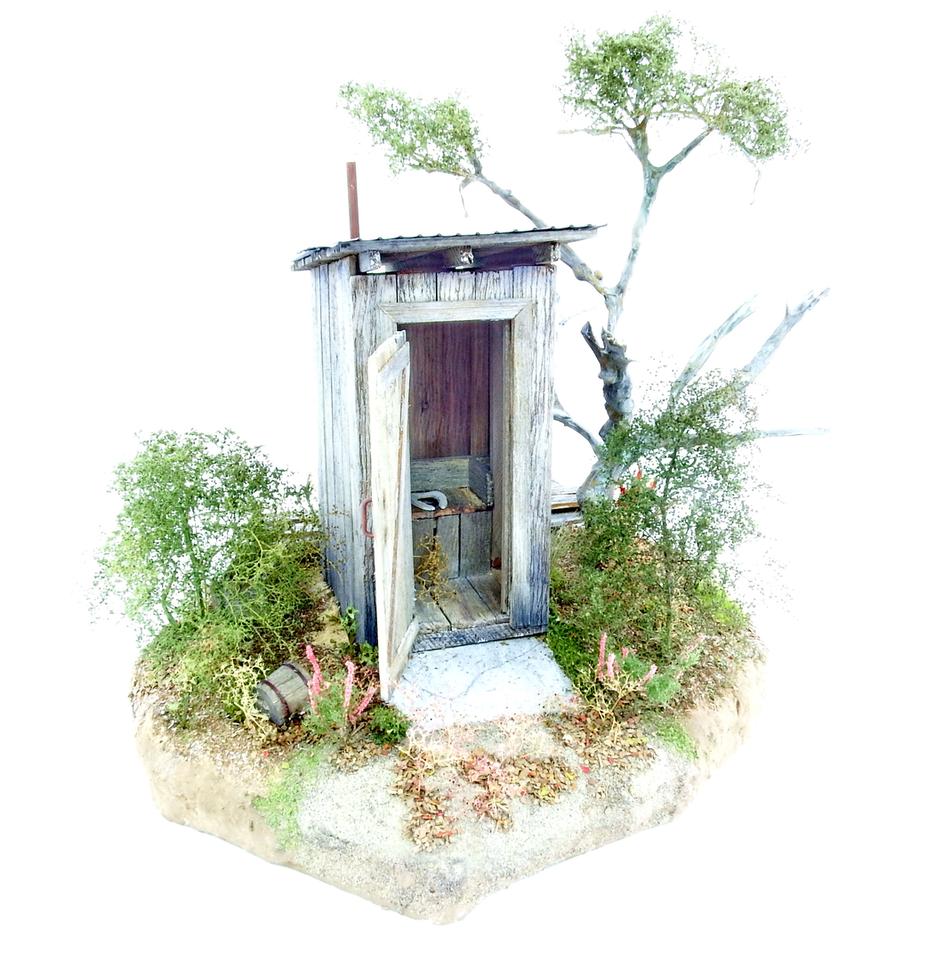 Oh no.  Al George has hit bottom…get it…bottom…with his latest 1/16 structure masterpiece.  About 98% scratchbuilt, the roof is metal and has been extensively weathered and aged.  The tree is handmade.  The door hinges work.  The scale lumber was hand cut about 1990 (I guess it needed to dry!)  I thought it was amazing…but Feller said it was…”a crappy diorama”.  I guess that sums it up!  Beautiful work Al! 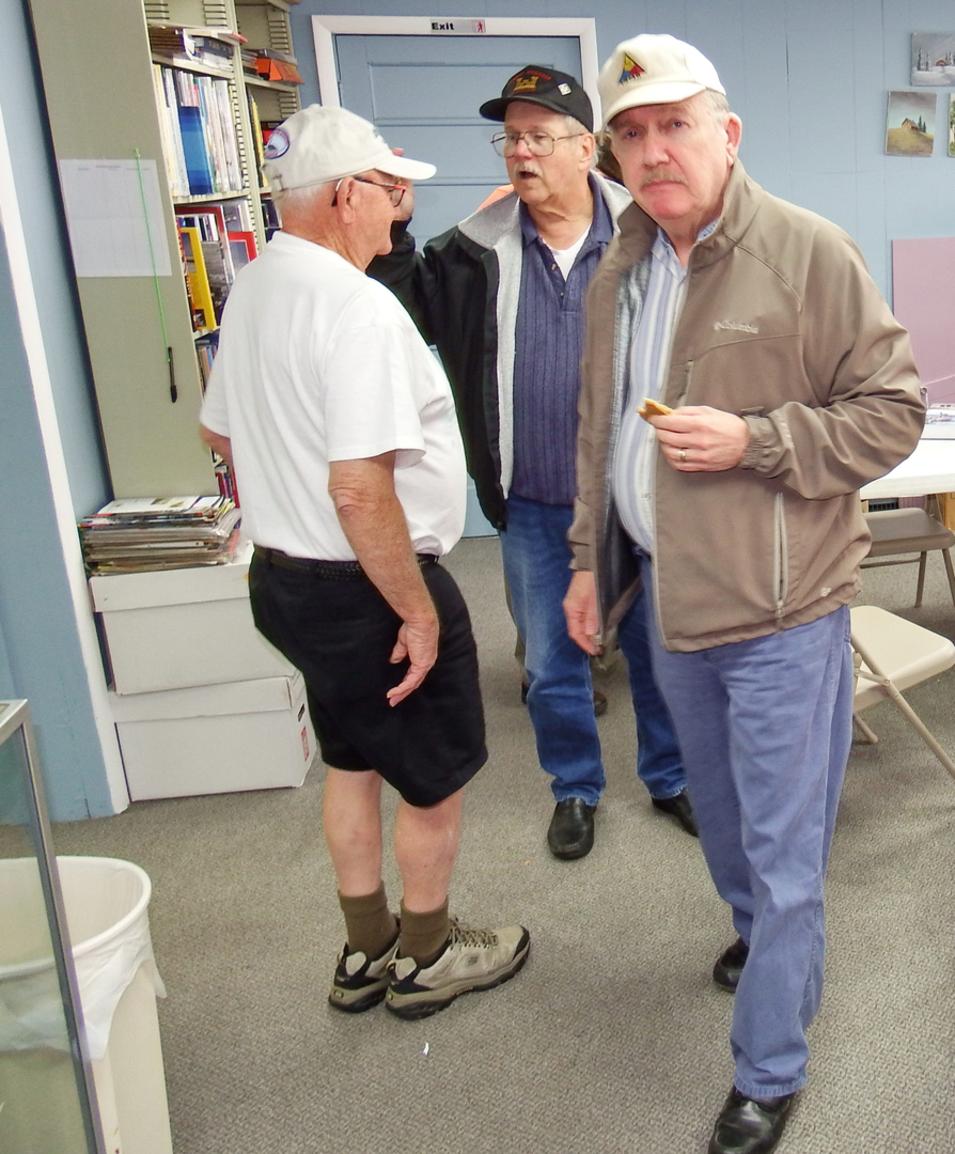 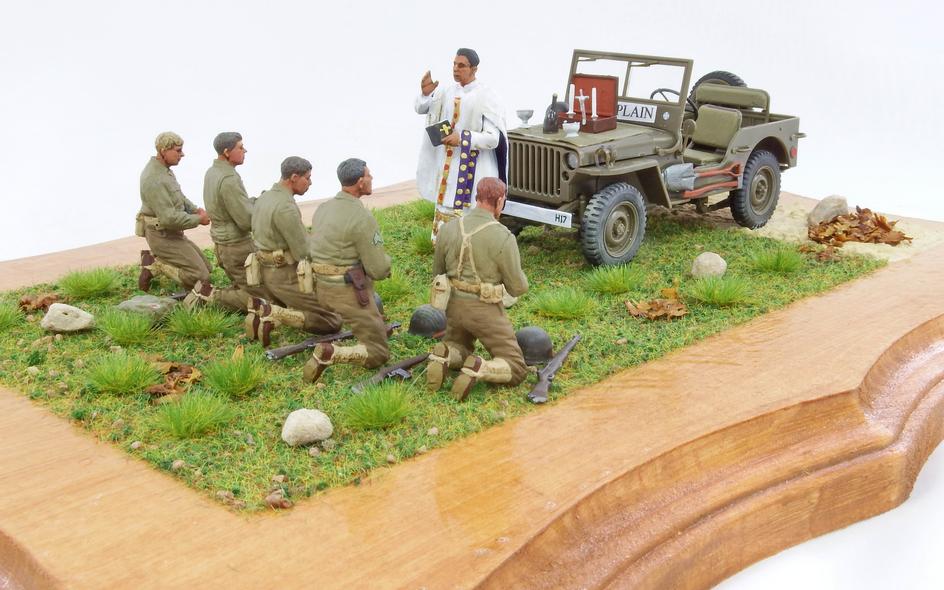 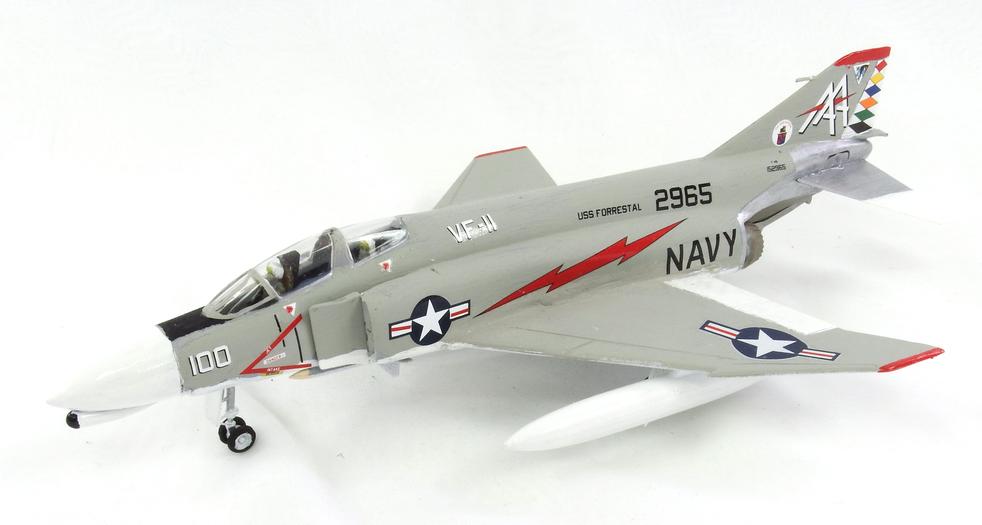 Here we have shop owner, Dug Boon, telling Bob that he is about to be escorted out of the building if he doesn’t shape up and behave himself.  Bob bribed Dug with cookies and that was that!

No, it’s not for prostate exams, it is a Romulan Long Range Robotic Probe!  TRIAD benefactor, Dale Yonkers, built this little beauty.  The decaling process was bizarre and too complicated to cover here…but it involved using fixtures and decals that didn’t have backing paper but rather a backing that simply dissolved away.  Amazing.  Really cool, Dale! 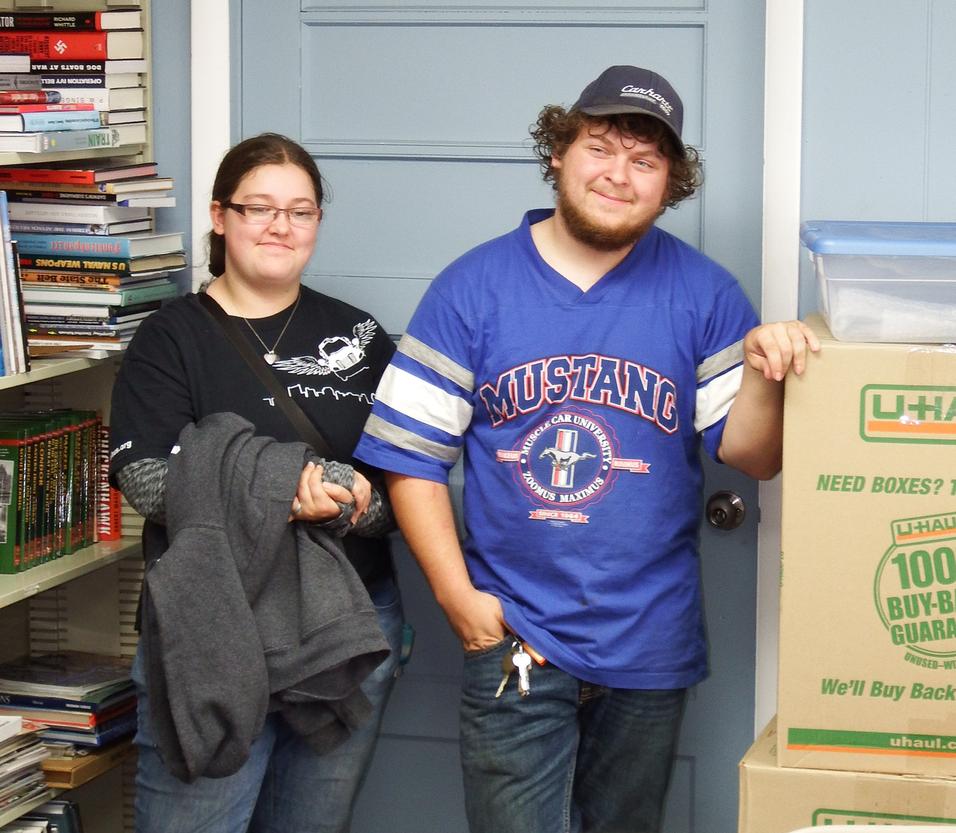 New guy Alan Vandam impressed us with two drones and one truck…all in 1/48 scale.  The guy is obviously a highly skilled modeler.  It’s about time we had one of those!  ;-)  First up is his Skunk Models Reaper drone.  He used Caracal decals and Alan prefers lacquer paints.  Next is an Israeli Hermes 450 recon drone.  This is an all resin kit so finding a home for nose weights was tricky.  The truck is a Tamiya 2-1/2 tone GMC truck with Gaso-Line twin gas tanks.  Man...these models are awesome! 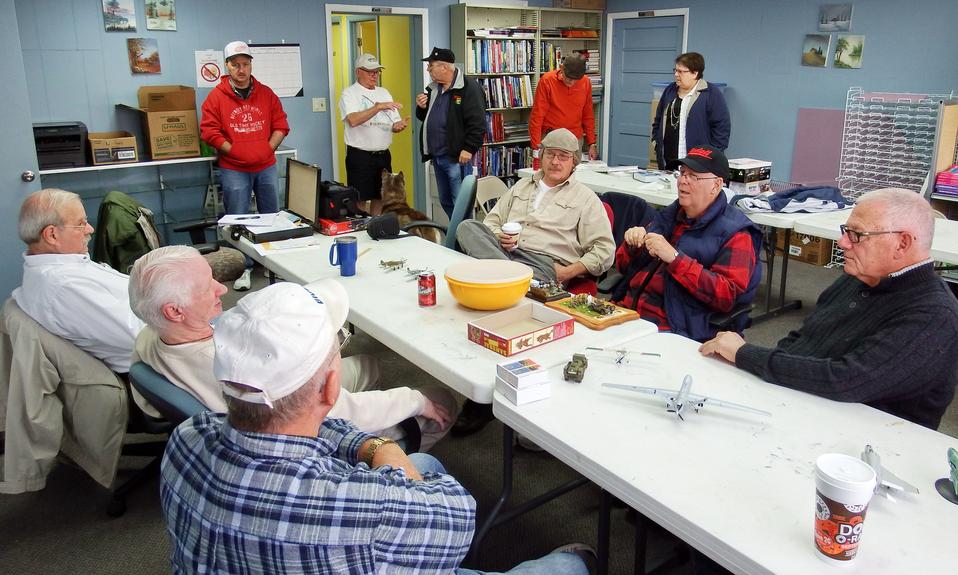 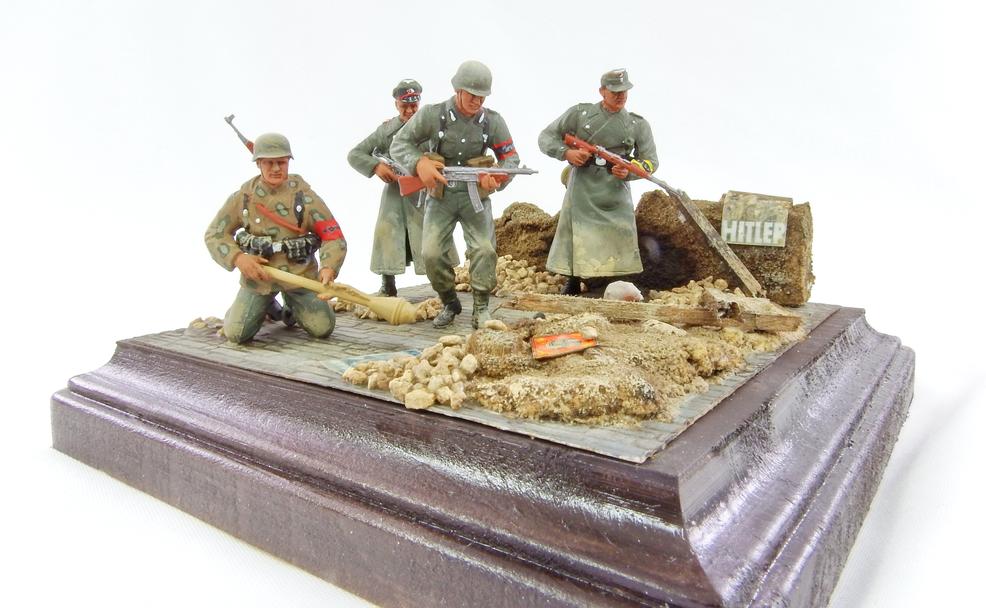 Let’s start off with everyone’s favorite modeler, Feller Dewitt.  He has built a few(!) F-4 Phantoms over the years and here is his latest.  It started life as a 1/72 Airfix kit.  He used SuperScale decals, rattle can paint on the underside and hand painted Model Master up top.  He said there was a warpage problem…then we learned he was talking about himself!  It is a beauty, Feller!

Not to be outdone, long lost member Eric Stone brought in his 1/48 scale Phantom F4-C circa 1965 Vietnam.  He used Aeromaster decals. Check out the gun pod and the weapons load.  Look at all those tiny decals!  In the second photo, we have a valuable life lesson.  See Eric’s gray hair?  That is what happens when you don’t attend the TRIAD meetings.  If he had only made all the meetings, he would have stayed young!  Nice job on the Phantom, Eric!

Why do we put up with Bob Thompson?  Oh, yeah…Linda’s cookies!  And, I suppose, for his amazing vignettes!  First up is his “God’s Blessing” complete with the chaplain and five GI’s.  This was a Bronco kit but the Jeep was “sold separately” and came from Tamiya.  Lots of extra goodies and details.  Great job, Bob!  In the second photo, we see German Volkssturm in 1945 Berlin.  These are Dragon figures.  The Volkssturm were made up of old men, women, and youngsters.  Another beauty, Bob! 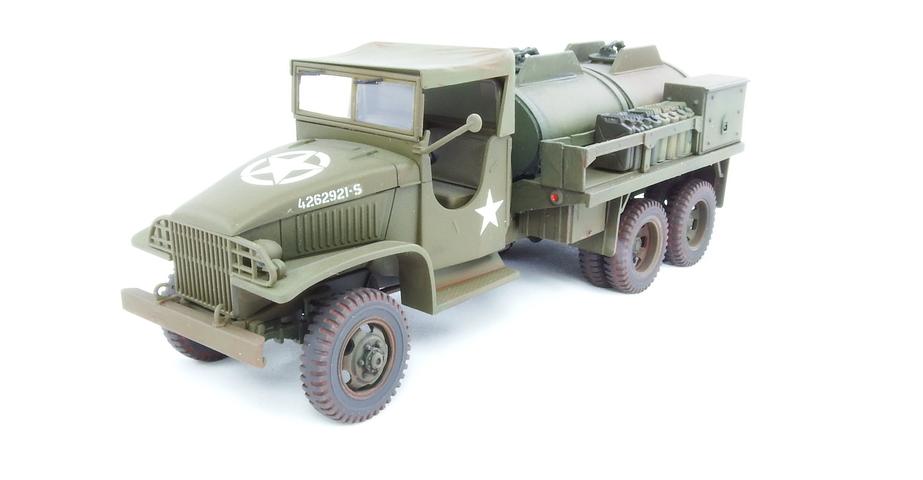 The beauty and the beast….