See ya at the May Work Session!

Trying to put on a brave face is Janel Kosc.  What a great Mom.  Sure, she drove Spencer to the meeting but then she dragged poor daughter Victoria to the meeting, too!  Well, it was nice to see 75% of the Kosc family.  Hey, I’m not saying it’s the top 75%, I’m just saying it’s 75% by numbers!  ;-)

OK...I took Jerry by surprise.  I do stuff like that! 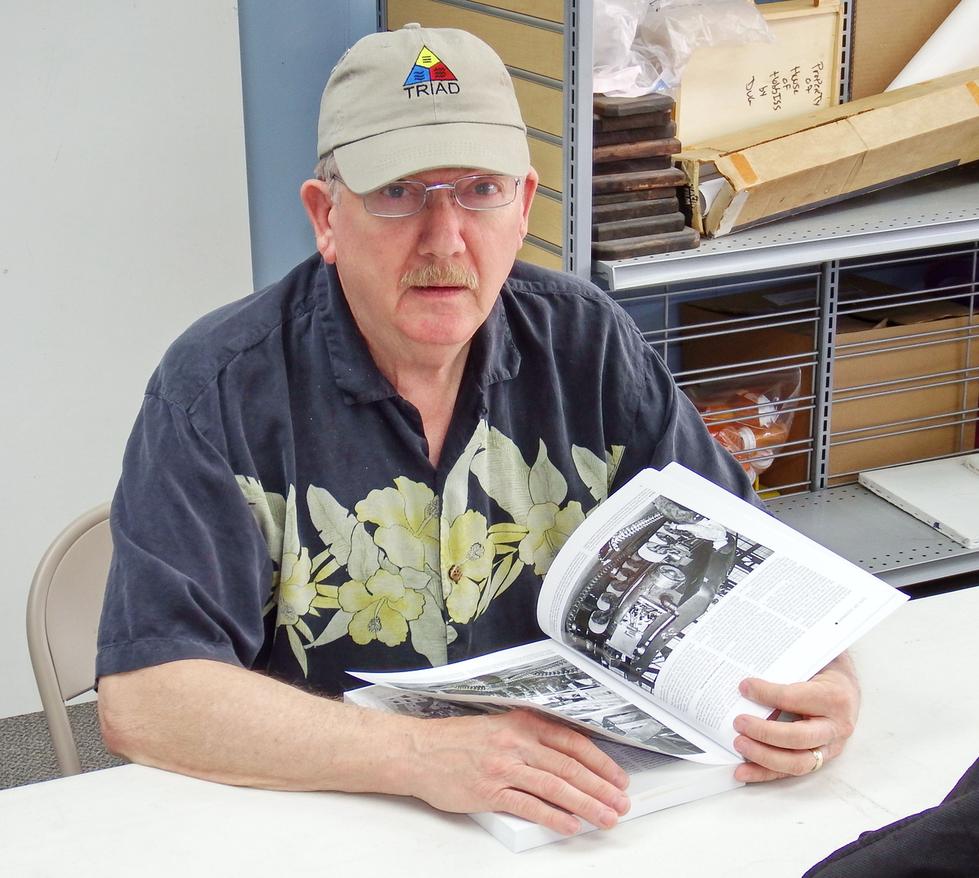 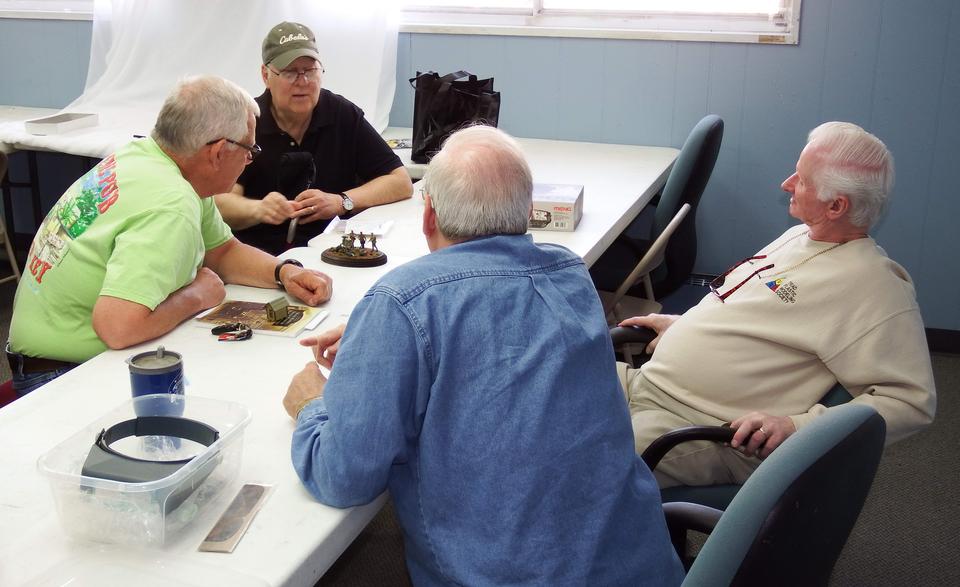 OK...here are photos of the members doing stuff.... 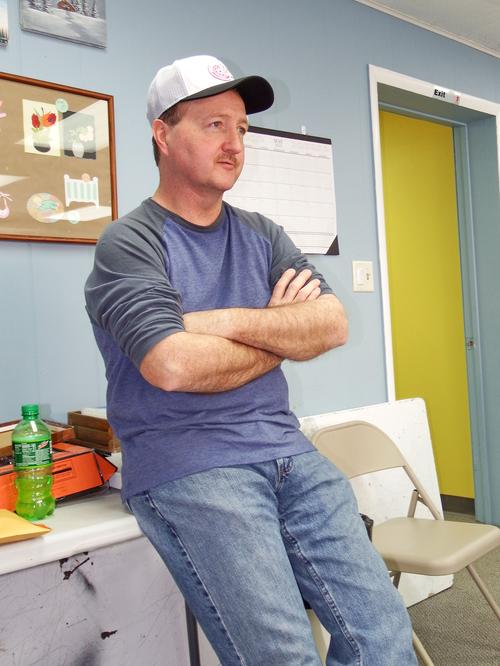 His Royal Majesty, the King of TRIAD, the Great One…brought in another amazing car model…this time a ’57 Chevy body on a NASCAR frame.  He spared no expense using only the finest Walmart $.96 orange spray paint.  Yeah, that’s another reason this guy honks me off…he can make anything look great.  This was a quick build to relieve stress.  Maybe so, but the model looks stressed out to the max!  Great job, JR! 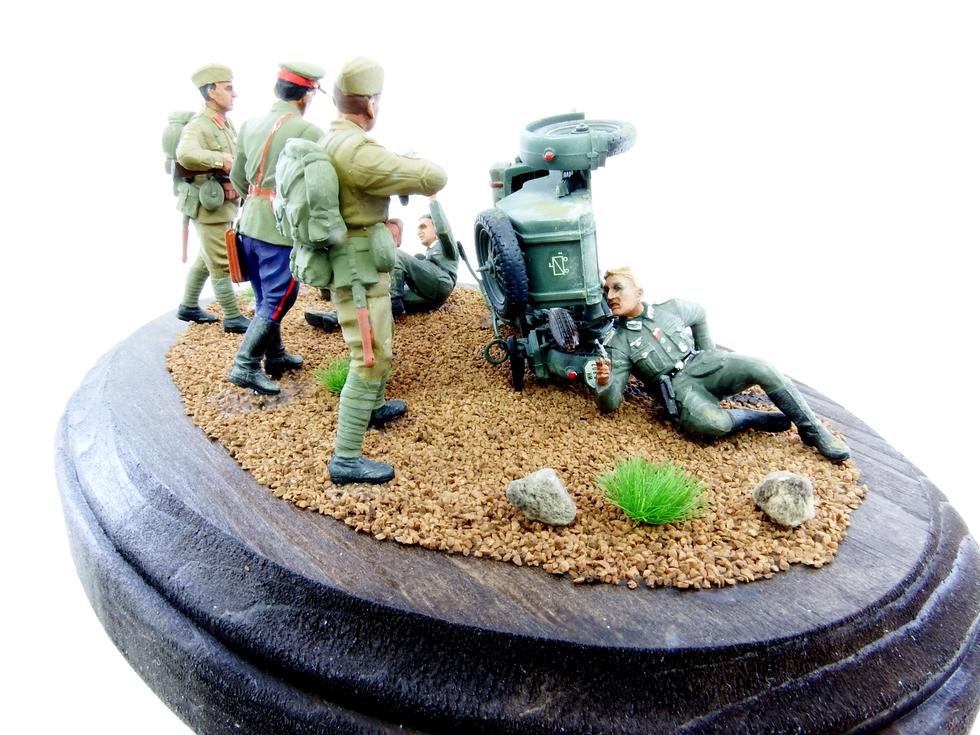 Bob “damaged goods” Thompson brought in an accident.  That’s what he calls it.  One Master Box German wants to surrender to the Russians while the other German wants to take his chances with his pistol.  A lot going on here…hard to catch it all in one photo.  He borrowed the motorcycle from another vignette.  He used Vallejo paint.  Sweet, Bob! 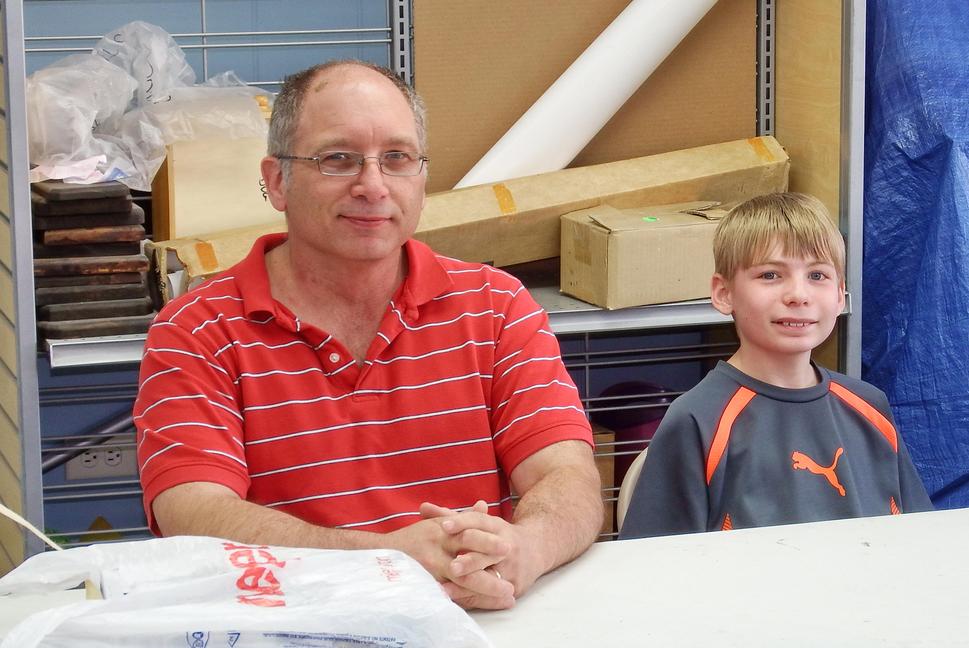 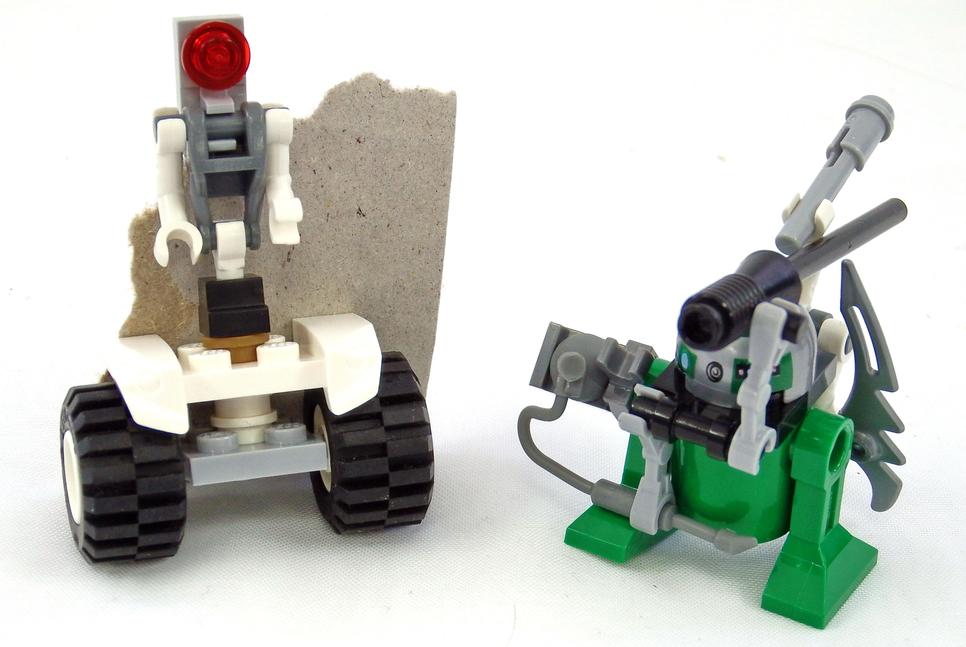 Caleb Beck…jeez is the kid growing…brought in two Star Wars figures of his own creation.  The green one is a “demented” R2-D2 and the other is a servant drone.  Now, I have no idea who took this picture but it looks to me like the guns are pointed in the wrong direction.  Duh.  Nice job, Caleb!  (That's a piece of cardstock to hold the servant drone upright.) 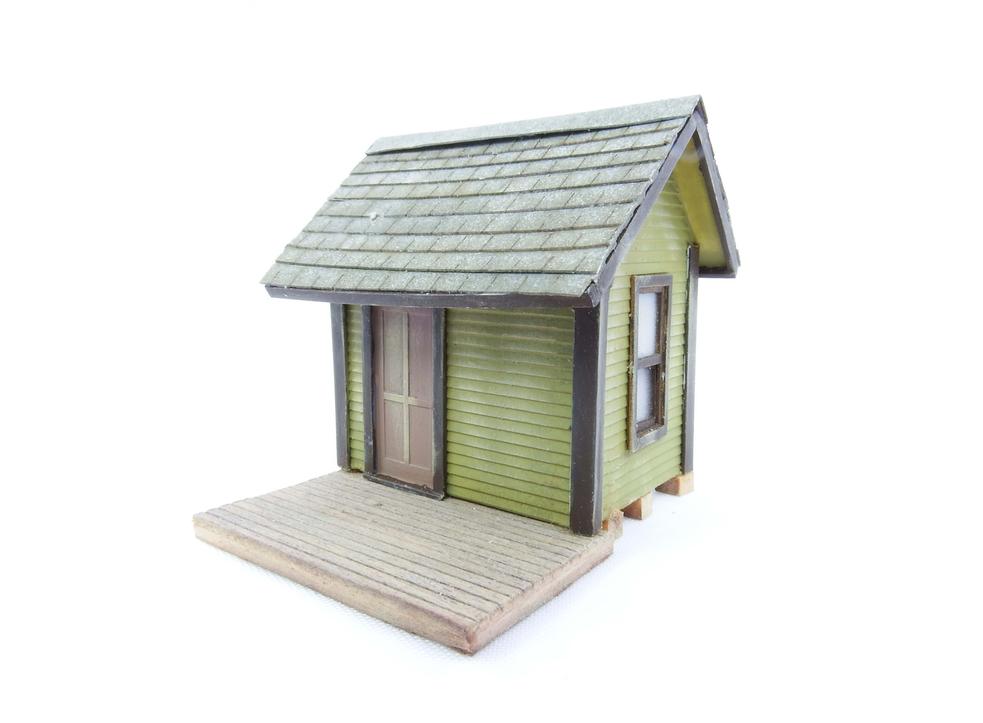 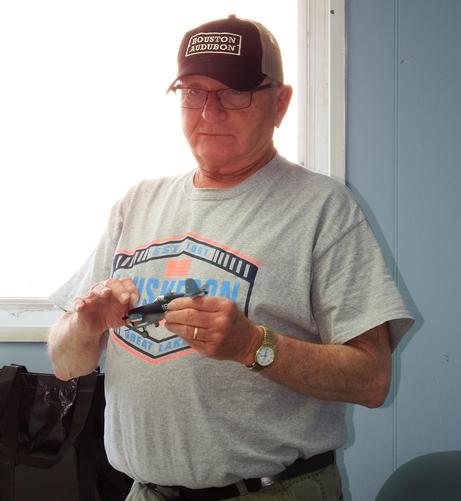 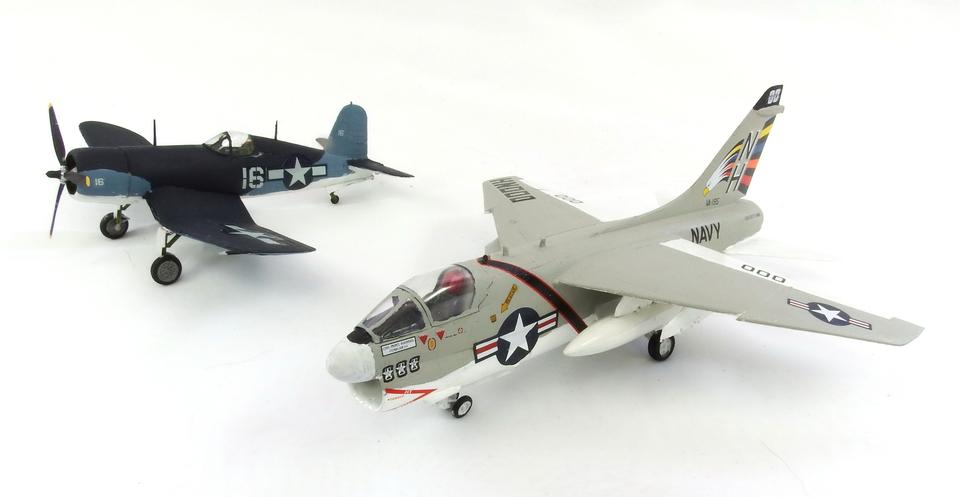 Only five members showed and “telled” today.  Let’s start with Mr. Feller Dewitt.  It was a Corsair day.  The dark blue Corsair is a Hasegawa 1/72 F-4U.  He wrote that the kit was a SOB which deeply offended my gentile disposition…then he told us it was "Straight Out of the Box".  Oh…OK then.  ;-)  This was Fellers 39th F-4U!!  The other Corsair is the Fujimi/Testors 1/72 kit of the A-7-E and he used Eagle Strike decals.  This was his 17th A-7!!  Very nice, Feller!