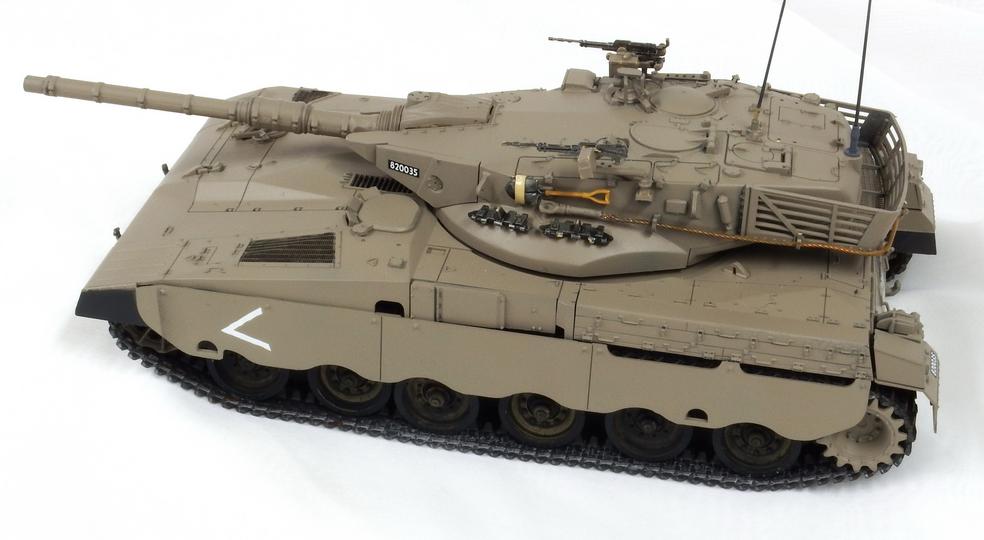 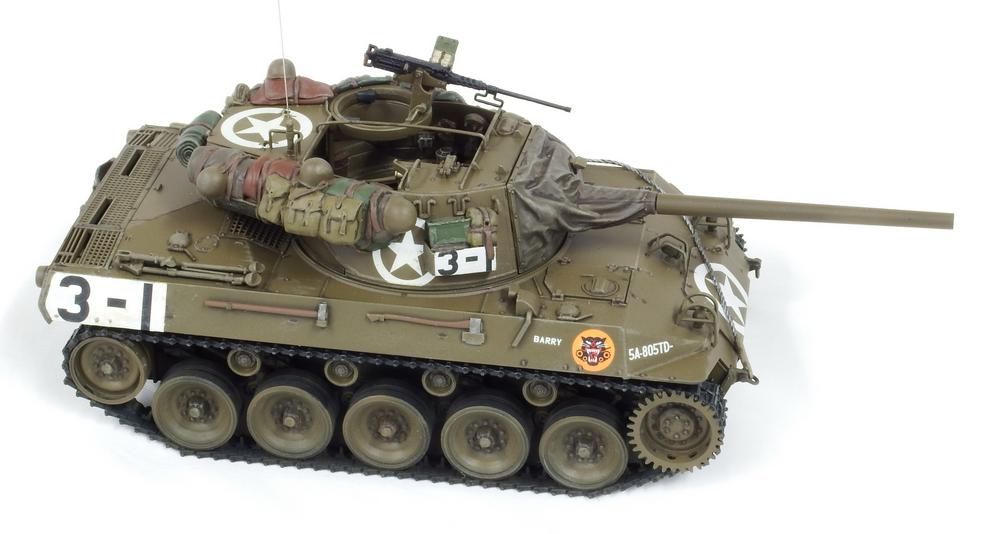 ​Let’s get started with modeling sensation Mark Jahsan.  Boy, this guy is so good!  Here we have his 1/350 (Commanders?) resin AVP-13 small seaplane tender which spent time in the Aleutians during WWII.  It supported up to eight Catalinas.  It also supported the invasion of Guadalcanal.  The ship was later transferred to the Coast Guard and served as a Cutter.  In 1968, the ship was sunk being used for target practice!  Mark reports that the kit was not good, and the small parts were bad.  It did include the PE.  Great job, Mark!

​Mark Walling showed up…again…for the second time.  Appears he is making a habit of this!  And we’re glad…real nice guy and a great modeler!  Here is his 1/35 Tamiya Israeli Merkava main battle tank.  It sports the 900 HP Continental diesel engine.  He added some aftermarket parts and he may add more weathering.  The tank had A/C and could carry six soldiers in the rear of the vehicle.  Great job, Mark!.

​His second model is this 1/48 ICM O-2A Skymaster ariel recon aircraft which was painted with Hataka Agent Orange…I mean Orange Line lacquer.  Decals from Caracal, metal landing great struts from Scale Aircraft Conversions  (There was so much nose weight added, he needed metal landing gear!).  Weathered with Ammo by Mig washes and pastels.  Doug is the reason I don’t build aircraft models anymore….​

That's it for now.  Thanks again to Tom Miller for making the room arrangements...it was fantastic.  See you all at the Potluck!

​Next up is Tom Miller’s 1/35 Tamiya U.S. M18 Hellcat WWII tank destroyer with the 76mm gun that fired tungsten rounds…before the days of depleted uranium!  Tom did an amazing job!  Check out the tarps and backpacks!  Awesome, Tom!​ 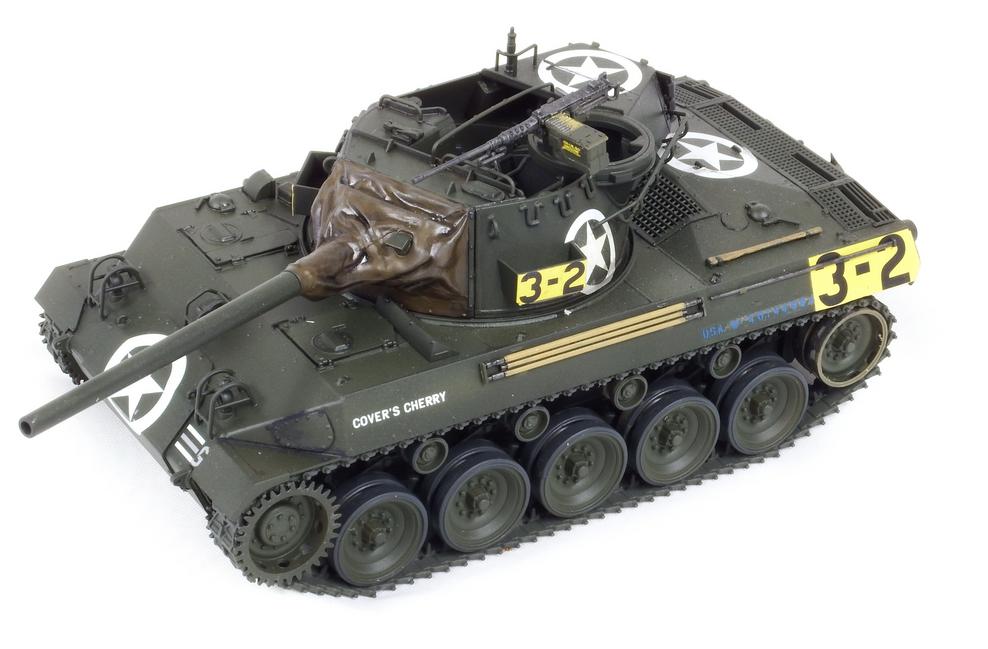 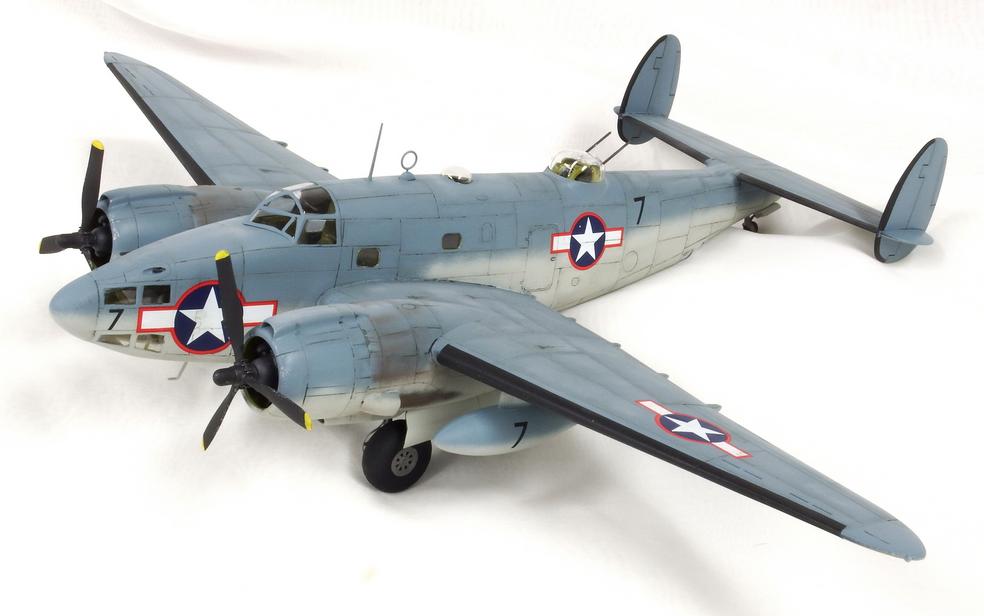 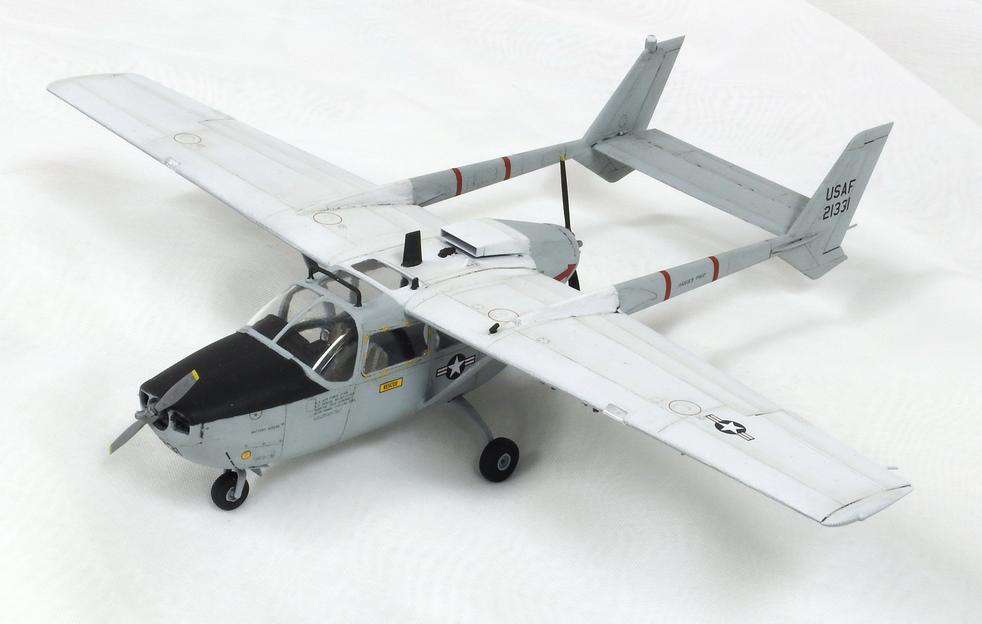 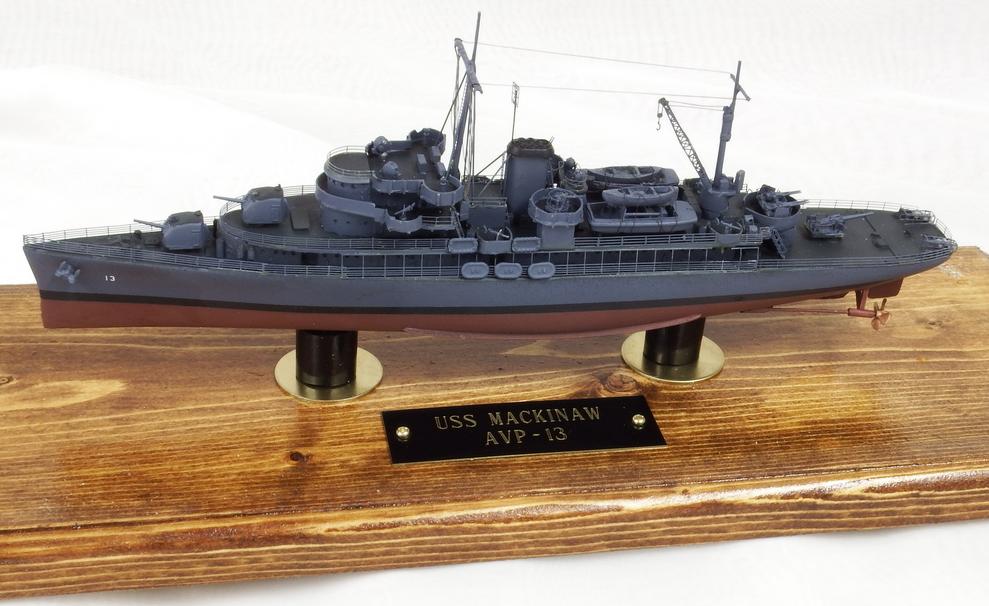 Here is Stan Carrier’s 1/35 Tamiya WWII M18 Hellcat…hey wait a minute…didn’t we just do this???  How did that happen??  Stan said it was a great kit and he painted it with Tamiya paint.  It has a full interior…except for the engine.  Another great Carrier model!

Doug “The Master” Seekman brings up the rear with two outstanding models.  First is his Revell/Academy PV-1 Ventura.  An interesting plane that could outrun a Jap Zero.  It is painted with Mr. Color, Eduard PE interior, Super Fabric seatbelts, scratchbuilt radio operator’s compartment, weathered with Ammo by Mig wash and pastels.  Decals from the spares box.  He also used his copyrighted “pastel scrub” weathering technique which he will explain further at the next 3T’s!  Damn...this model looks so good!!!!  Real good!