​Michael Teerman brought in a very interesting diorama…Dragon(?) German figures sniffing around for land mines!  He started with a wood base from Hobby Lobby.  The ground is made from acrylic caulk and is very effective in showing tire tracks, etc.  The fence was made from wire and wood dowels.  Man, that is cool!​

​Mark Jahsan brought us another grouping…airfield vehicles.  From left to right, the UM Russian airfield stater truck.  That thingy on the end of the shaft is the dohinky.  Then we have the Tamiya GMC E-5 which Mark has extensively modified with a frame/base to hold a turret used for gunnery training.  The turret came from a B-24 kit.  Sweet!  Third is the Tamiya Ford tow tractor which came from their Corsair kit.  And lastly, we have a KMC resin Clark tow tractor which Mark thinks is from the modern era.  Great job on all four, Mark!​

​Seekman’s back with a vengeance!  First up is his DML Me-163 Komet.  Painted with Gunze Mr. Color and Hataka lacquer.  He used a Quickboost seat, Squadron vacuumformed canopy, decals from Kits World, Superscale, and the kit.  Weathered with Ammo by MIG washes.​ 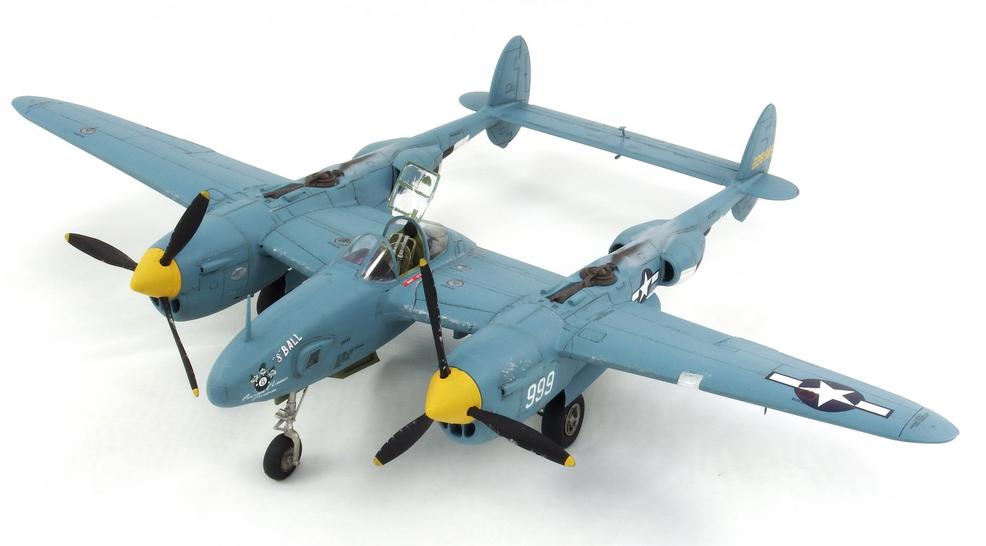 ​Doug’s third model is the Academy F-5-e (P-38) Lightning.  He painted this one with Xtracolor synthetic enamels.  Decals from Aeromaster, seat and wheels from Ultracast, weathered with Ammo by MIG washes and pastels.  The paint color is synthetic Haze paint.  The plane was used for photo recon.   ​ 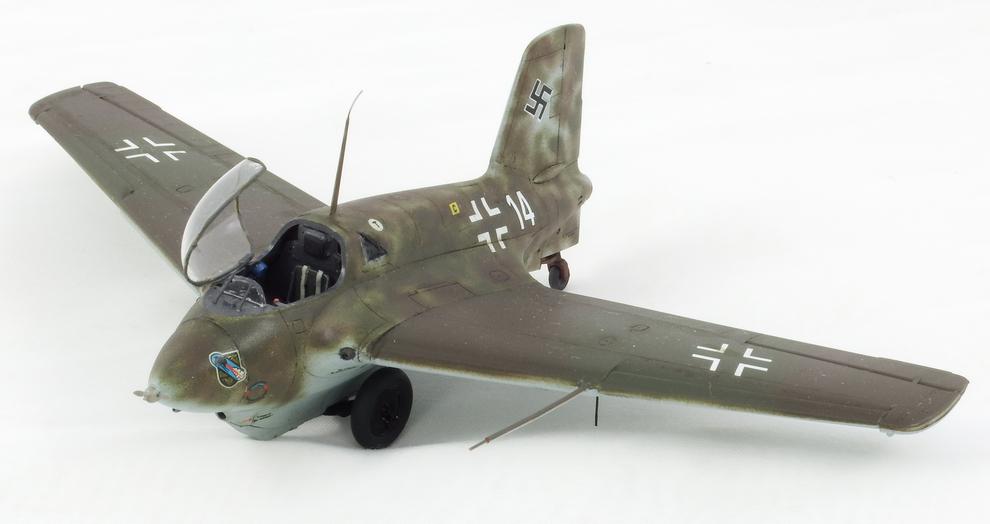 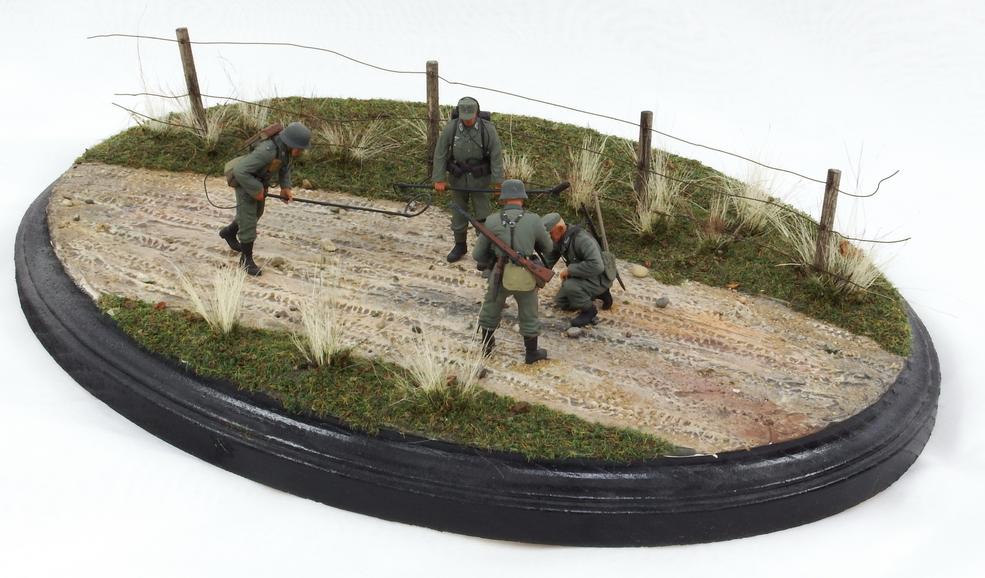 That's it for now!  Tune in again in two weeks for more fun and excitement....well fun anyway! 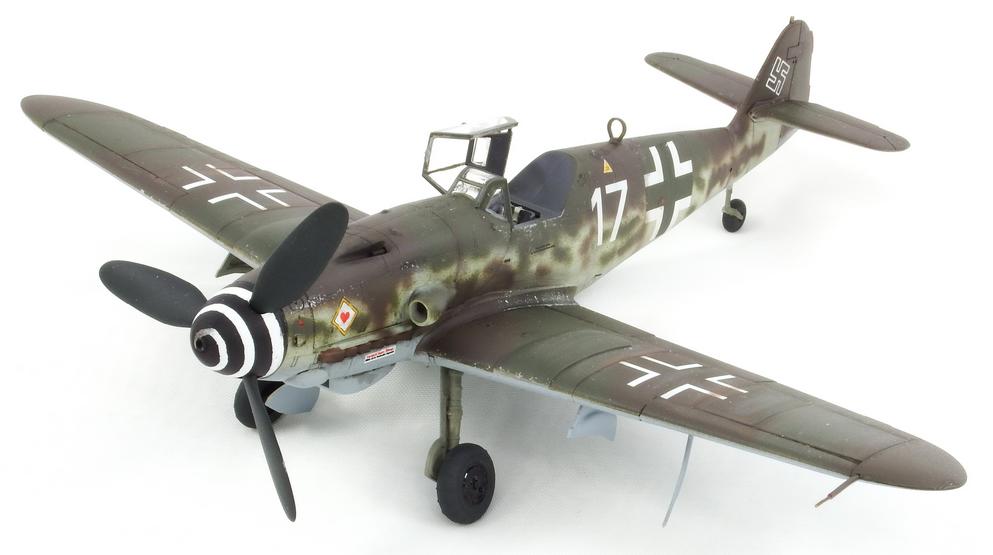 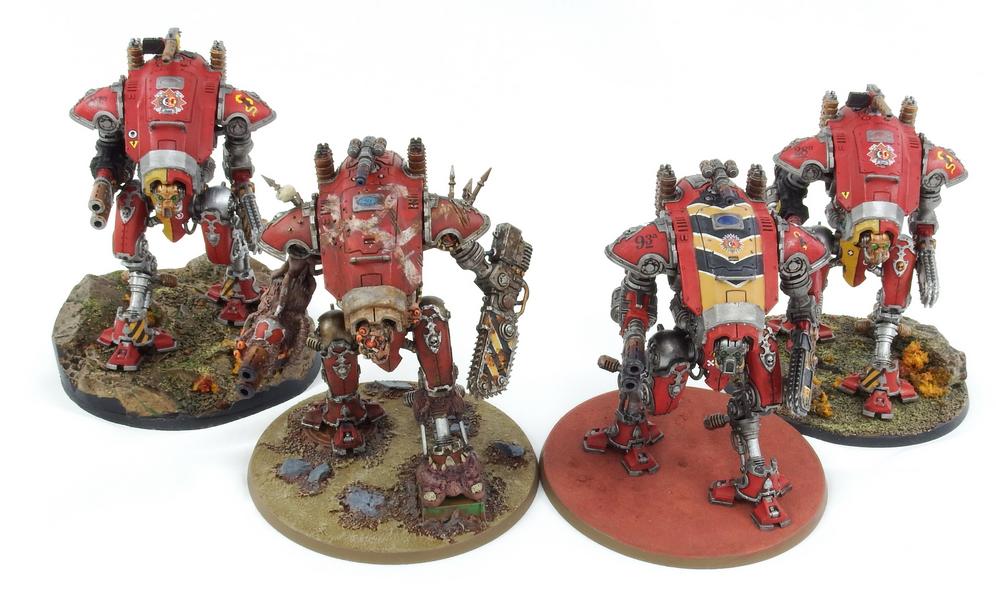 ​Next is his Fujimi Bf-109k painted with Hataka lacquer, decals from Aeromaster, and a Ultracast seat.  Beautifully weathered with MIG washes and pastels.​

​Bill Payne and son Lucas brought in four Warhammer 40K figures.  The only way I could tell who built which ones was Bill’s had brass gun barrels…  Based on that, I believe Bill's models are on the far right and left.
Here’s Bill description: these are 28mm (1/64) Warhammer 40K War Glaves.  Great model to build with posable arms.  Base is plaster rocks, Woodland Scenics grass.  Painted with brushed on water based paint.    These are part of a larges army under assembly used in playing Warhammer games.  There were two figures in the kit.​

Lucas has one standard figure and the other one he has hand sculpted parts from Milliput.  He hand painted with Citadel watercolor paints.  I like this Father and Son modeling team!  Nice job, guys!