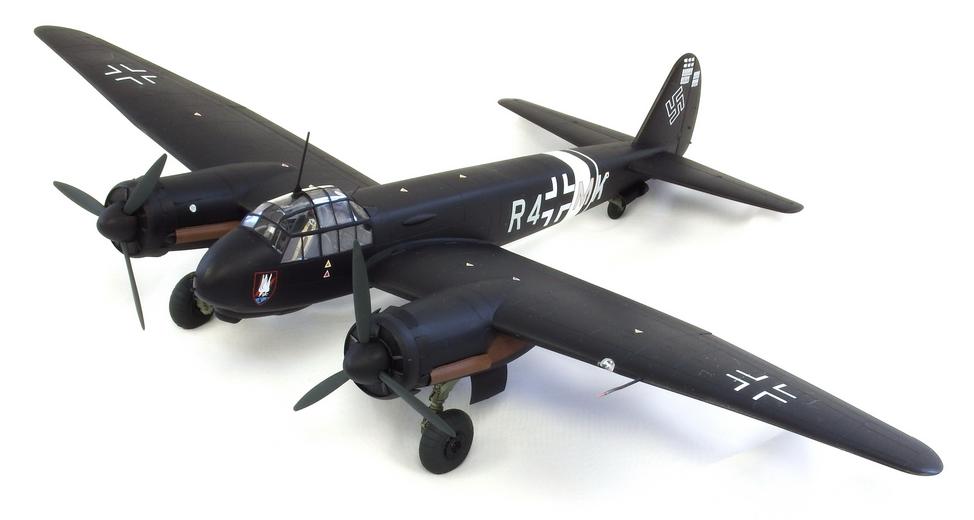 Stanley Carrier starts us off with his Tamiya 1/35 Japanese Type 74 main battle tank…AKA the STB-1 to the World of Tanks crowd.  The STB-1 was the prototype designation.  It has the 105 mm L7 gun.  Stan used Tamiya paint and MIG weathering products.  GREAT JOB on those pioneer tools, Stan  Lookin’ good!

And dead last, bringing up the rear, is Mr. Doug Seekman!  😉  And no, this isn’t a Japanese tank!  This is his 1/48 JU-88C-4 former ICM kit updated by Special Hobby.  He painted it black for its nighttime mission…shooting down British bombers returning from Germany.  Pretty sneaky if you ask me!  He painted it with Gunze Mr. Color lacquer, kit decals, and Eduard Super Fabric seatbelts.  He weathered it with pastels.  Armament was wicked…3 MG 17 7.92 mm machine guns and 3 MG FF 20 mm cannons.  Those bombers didn’t stand a chance.  Thanks, Doug!

​Here is a photo of the meeting.  Missing from the shot are Albert George and Chuck Gaunt who came in late…just to pay his dues.  I like this guy!!  😉  You’ll notice everyone is looking at the camera…except the Pres.  He was especially hideous looking today so I told him NOT to look at the camera.  You’re welcome!!  😉  See ya next time!​. 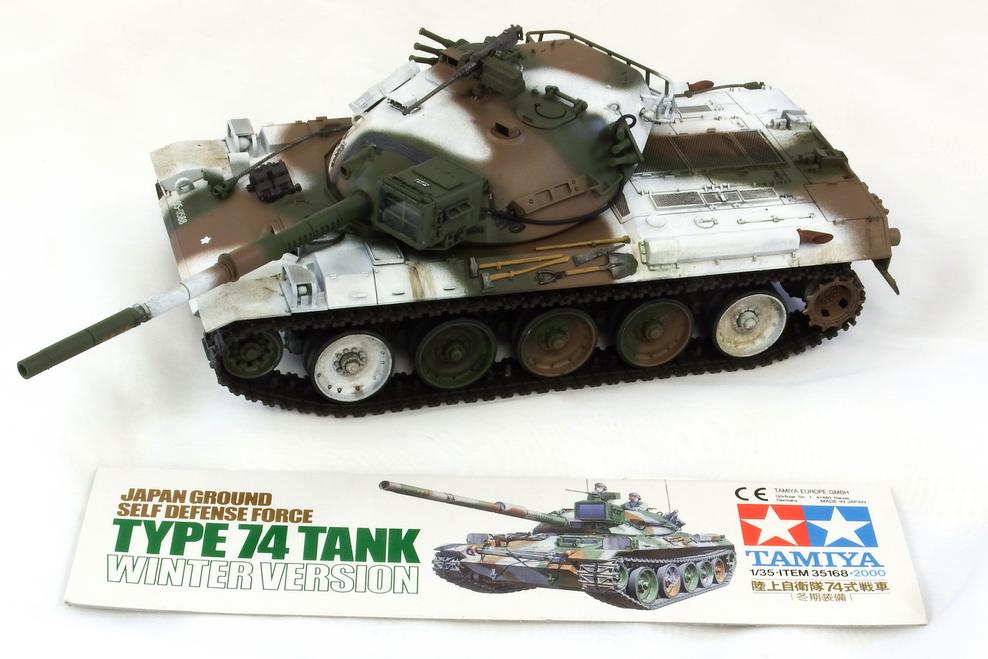 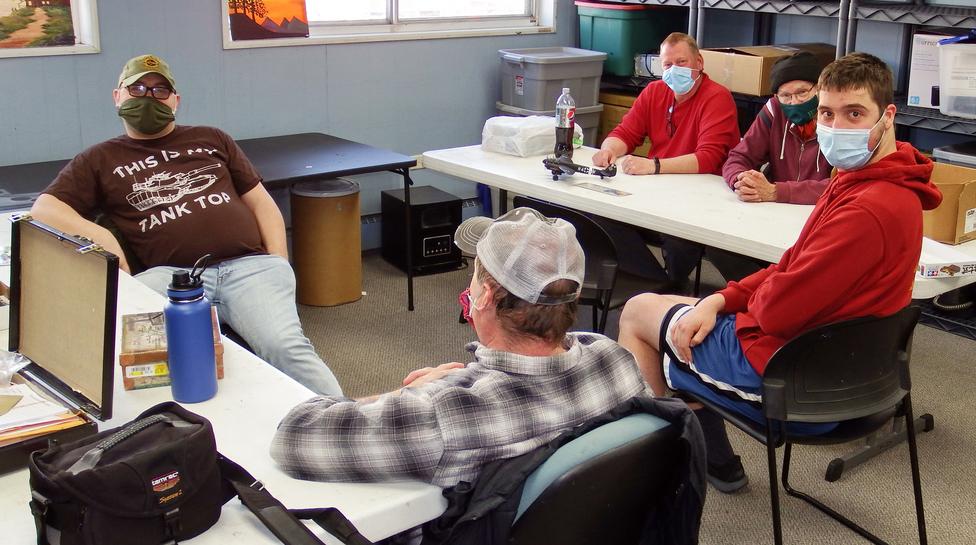 ​Next up is our new guy, 21-year-old Nathaniel Foster.  He brought in his Tamiya Japanese Type 97 Chi-Ha medium tank used by the Imperial Japanese Army from 1938-1943 against Chinese and Russian forces.  Nathaniel says it wasn’t used against American forces as it was obsolete by that time.  It has a three-man crew…and they didn’t fare too well against the Russian tanks.  Thanks, Nathaniel!​ 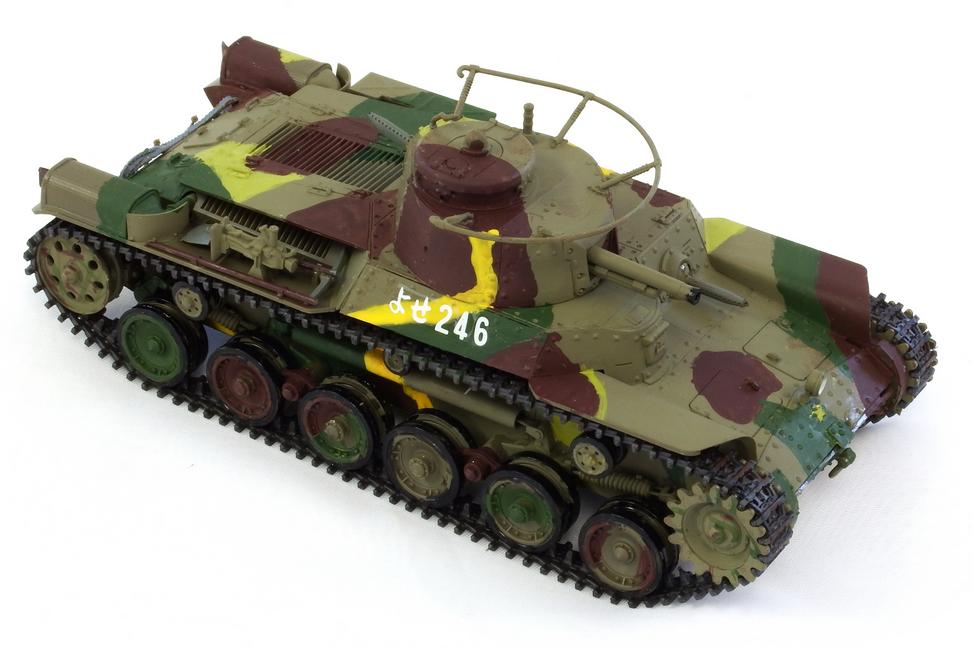