The Pres once again amazed us with his latest creation…a Revell ’57 Chevy dirt track stocker that had opening doors (which he had to seal shut) combined with a NASCAR frame, roll cage, and other parts.  He hand painted the number.  He scratched built the bumpers and interior...of course.  He painted it rattle can white. A see a battle brewing between Keith and JR in the GR auto category!!  ;-) 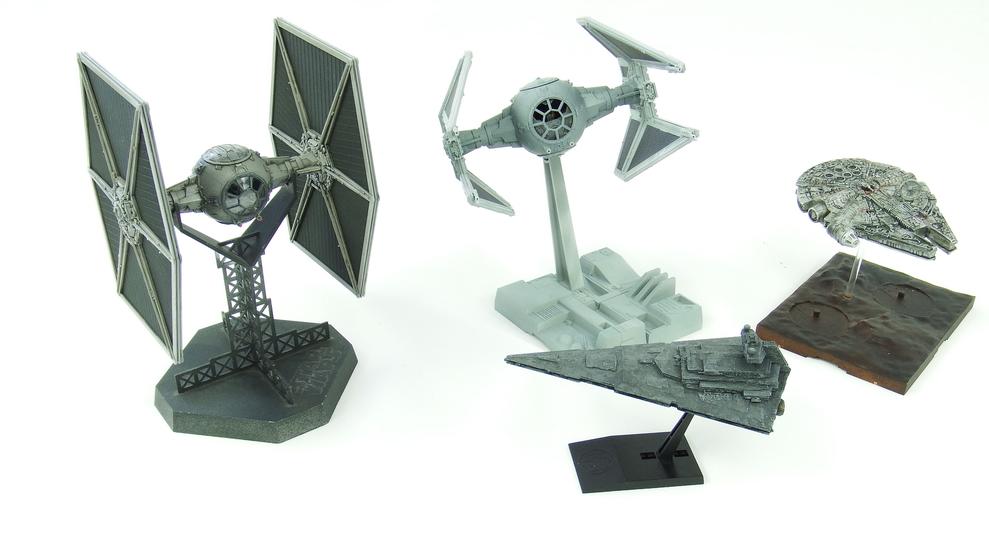 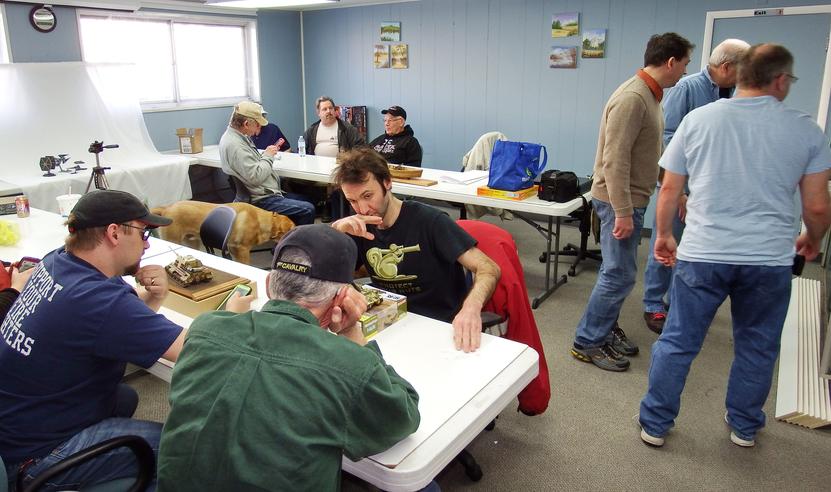 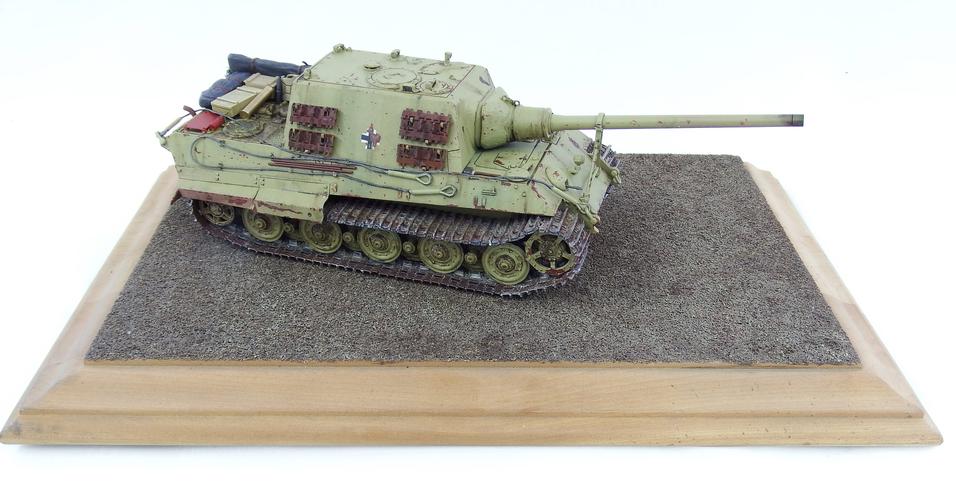 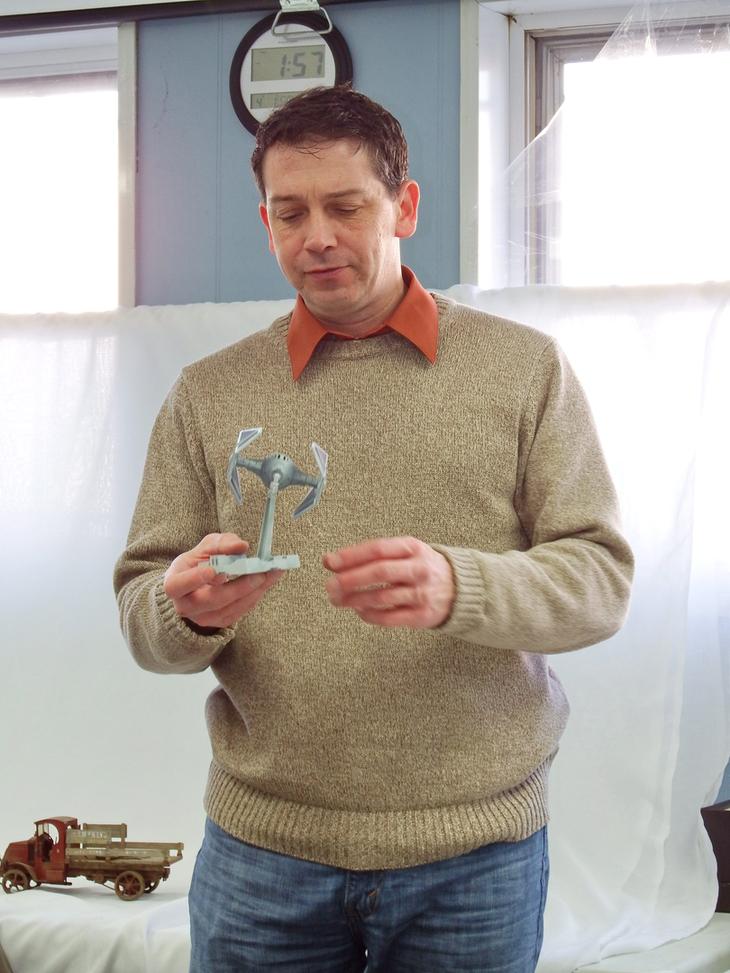 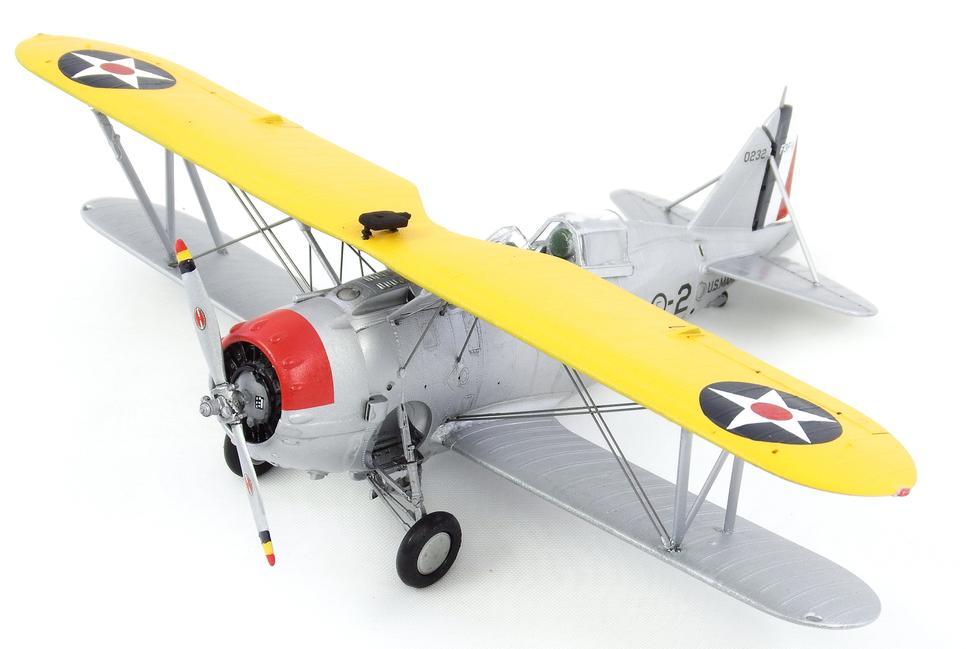 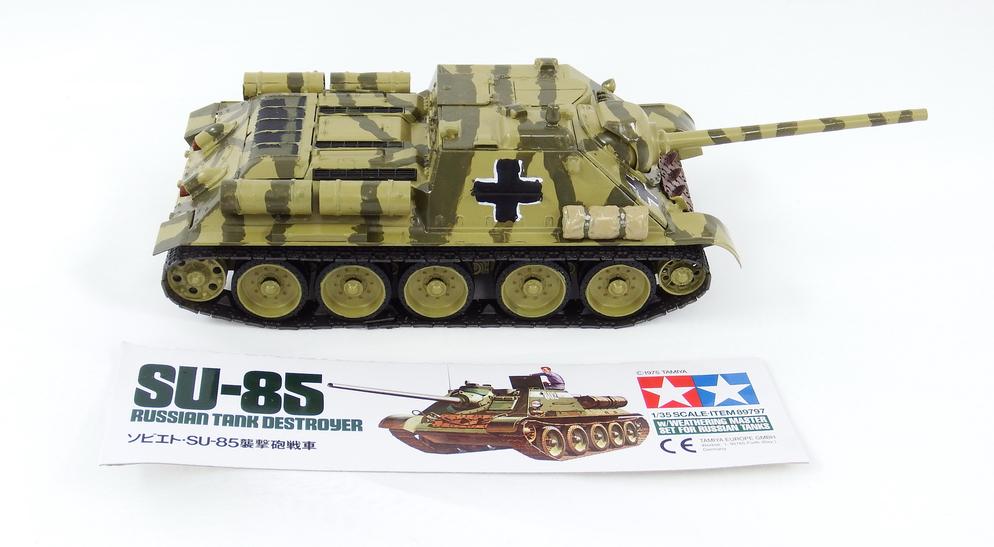 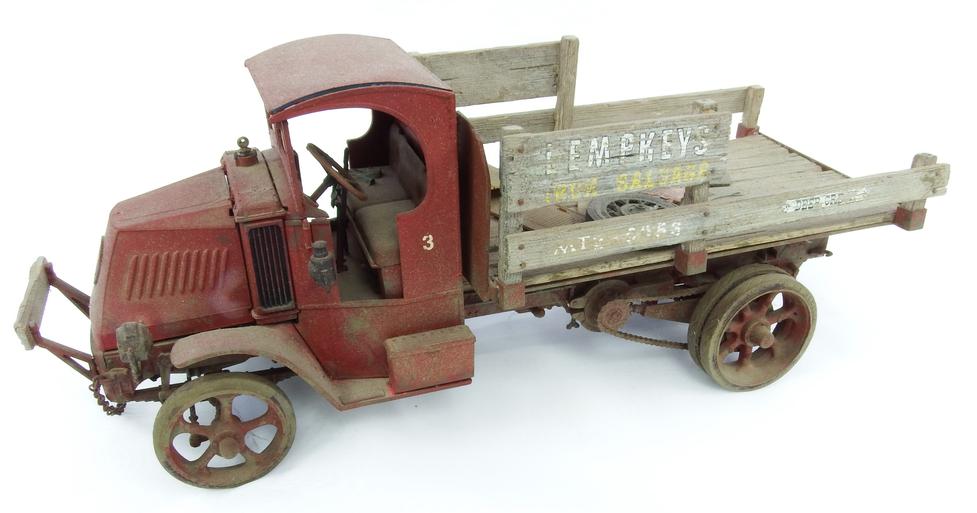 Rob Sheffer brought in a gaggle of Star Wars goodies.  And unfortunately, I can’t read my handwriting, but you guys know what this stuff is (e.g.Tie Fighter, Millennium Falcon, and the Star Destroyer (the little tiny one!).  Rob said the prices on these kits was reasonable.  Rob does great work.  Hope he makes it to the GR contest! 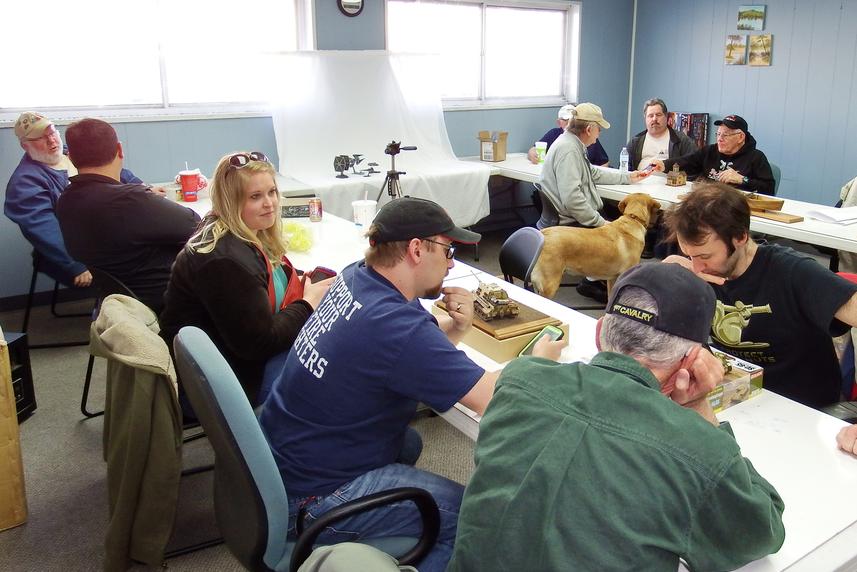 Doug Schuur built a 24” long Mace Missile for a buddy who now has the model. It was an old Renwal kit. Doug reported good success with the white paint.  Doug took the photo with his smart phone…a little blurry but you get the idea of how good looking this model is!

As usual, Albert George is up the creek…or lake…without a paddle…or an oar.  I can’t wait to see him rust up this puppy!  ;-)  This wooden WIP is the Revolutionary War 53’ USS Philadelphia.  It was built in 1776…and sank in 1776.  It was recovered and now resides in the Smithsonian.  We are all looking forward to seeing it completed!  Nice job, Al!

Here are three photos of the gang.  The hot girl goes with Stan Carrier!  The guy second from the right in the back row, next to Smartass #3 on the far right, is our newest guy, David Rosel.  He is just getting back into the hobby.  If he has the guts to show up again, I'll add him to the roster and try to trick him into paying dues!  He does armor.

Some guy showed up that we didn’t recognize.  He brought in a captured Russian Su-85 tank destroyer.  The only guy we know who does captured stuff is Dave Martin…so that must be who this guy is!  Welcome back, Dave…we hope to see you again soon!

Sure glad we are getting some new members because, frankly, I’m fed up with the old ones….    ;-)   See ya the Work Session! 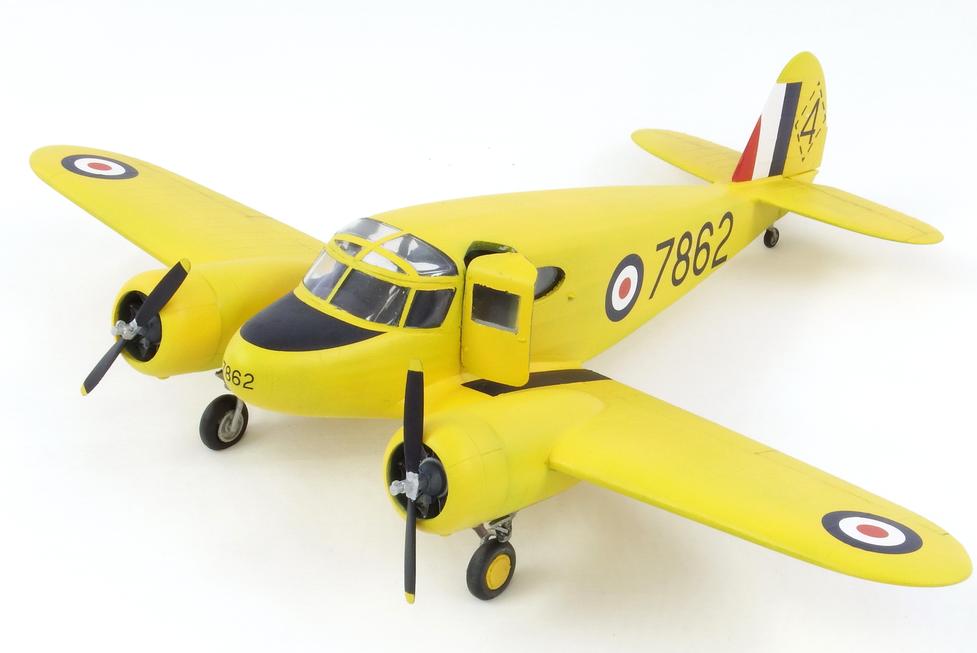 Let’s take another view of Stan Carrier’s Jagdtiger.  This was the last model Danny Jayne was working on and Stan did a masterful tribute to our Master Modeler.  He used Humbrol Maskol to great effect to achieve the chipping.  He also used Mig products for the weathering. Stan is proud of his handiwork and so are we!

Fresh off his stunning Best in Show victory at the Rider’s contest, Keith Lemke brought in his twenty year old 1926 Mack Truck.  Man, this guy did a fabulous job on this old Monogram kit. I hope Keith can also make it to GR…I’ll avoid the embarrassment and leave my models at home.  Sweet! 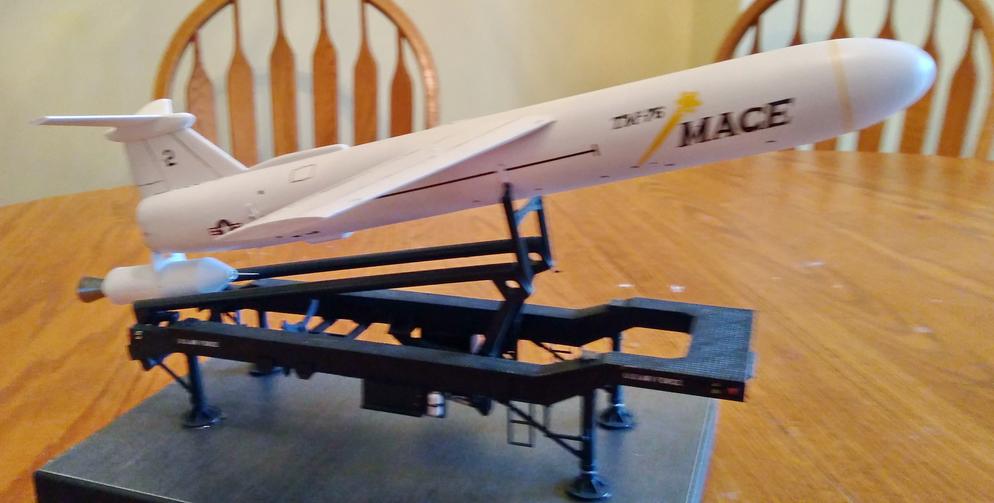 I thought Mark Jahsan’s theme for today was yellow airplanes.  Wrong.  The first 1/48th aircraft is a Czech Model Cessna Bobcat done as a RCAF Crane Mk I trainer.  The second model is the Accurate Miniatures F3F-1 done out of the box. So what the heck was the theme?  Gift kits. The first kit was a gift from Big Daddy Jerry and the second from Al George.  I think the theme should have been “springtime” what with all that yellow!

Tom Ralya brought in his HO scale doll house…hey…I can say that because I’ll be bringing in mine in May!  This was a Laser Art/Branchline kit.  This style of house is called a painted lady…and yes those colors are accurate and correct…just drive down to GH and see the house for yourself!  Lookin’ good, Tom! 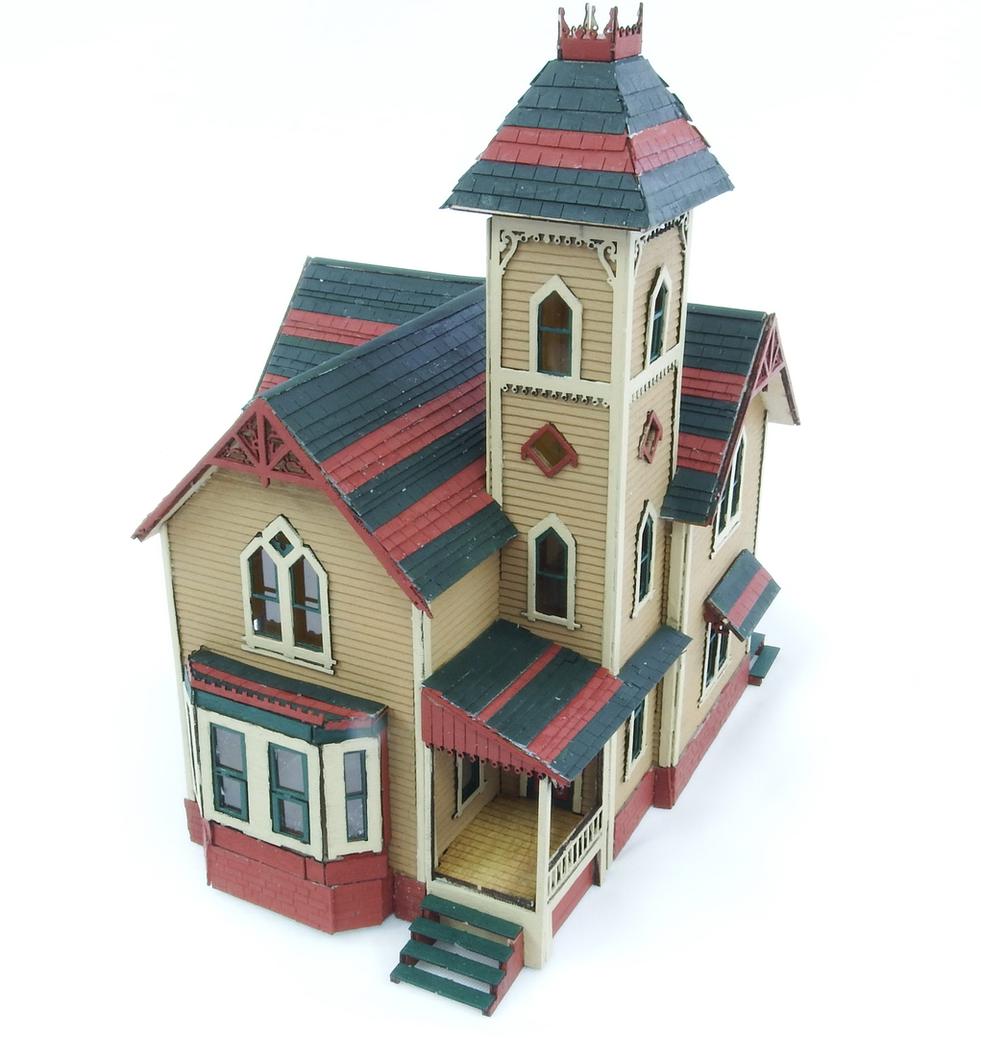 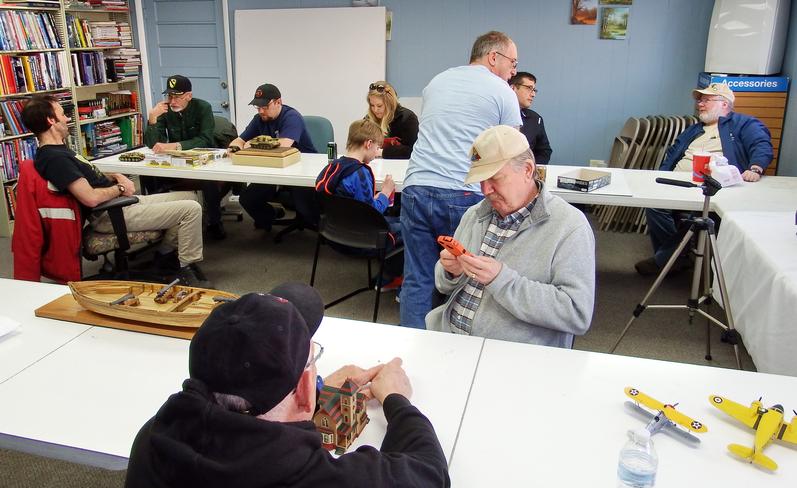