Boy, it is great having Tom Miller back as a regular!  His gorgeous Jeep started as an Italeri kit with the figures from Bronco.  He used a plethora of different paint brands.  Hard to believe something this awesome could be completed in two weeks.  Sweet! 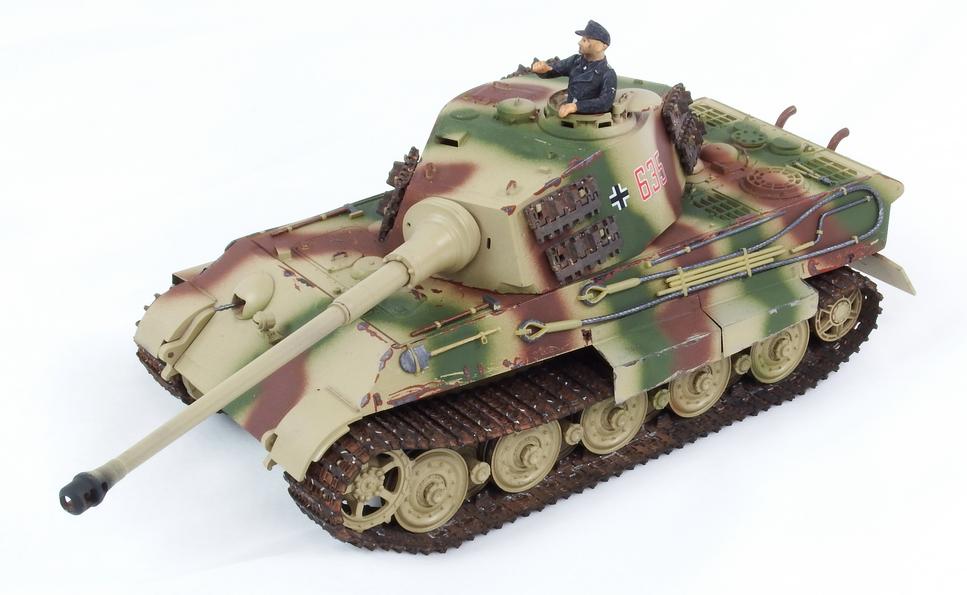 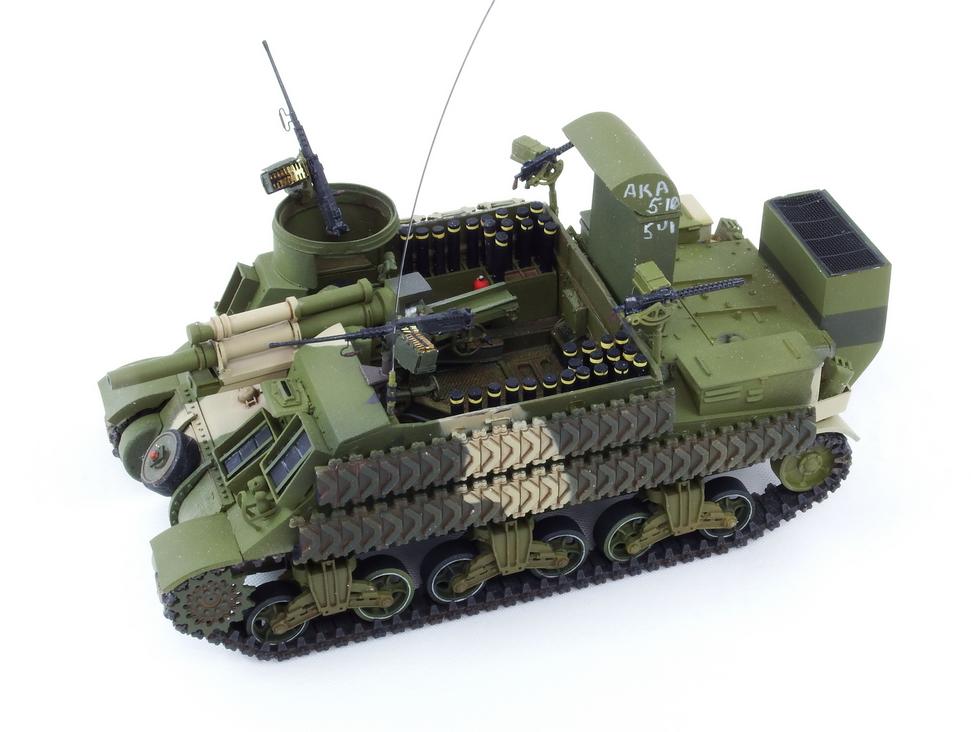 Big Daddy Jerry Bridenstein brought in three Kubelwagens.  Two are from Tamiya and one from Dragon.  I don’t know which one is which…hey, ya see one Kubelwagen and you’ve seen 'em all!  ;-)  Jerry said the later Tamiya kit was the best.  Great job, Jerry!  Great to have you with us again!

Mr. William Payne just finished his 1/60 Blood Angels Assault Squad (Warhammer 40,000).  Like son Lucas, he too used Citadel paint.  The figures are plastic.  I don’t know, they don’t look like angels to me!  Nice job, Bill! 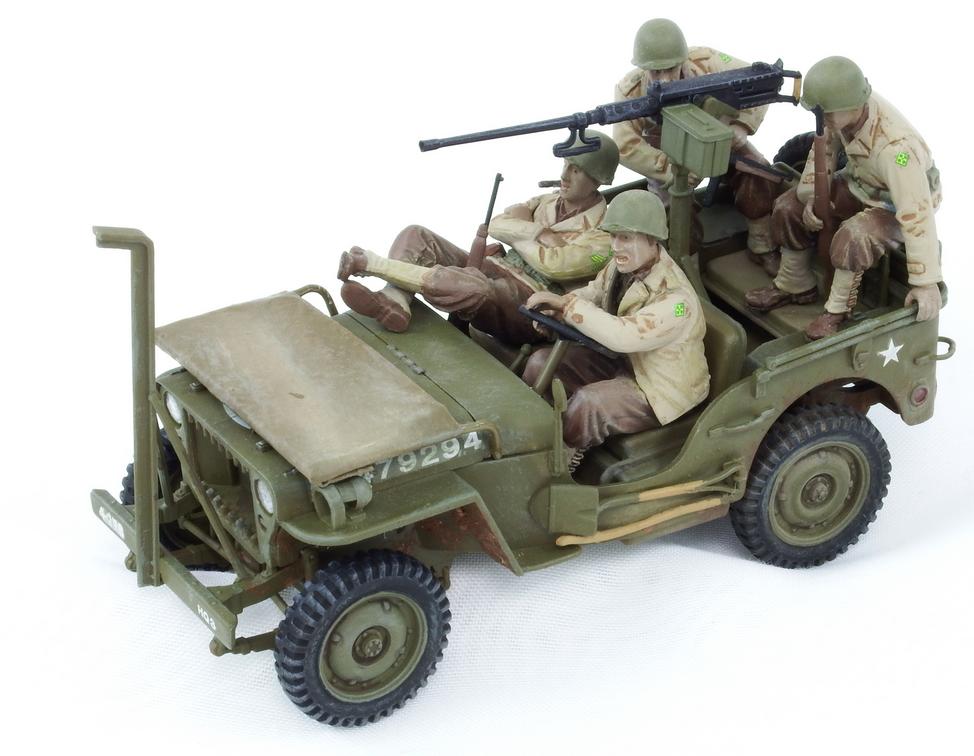 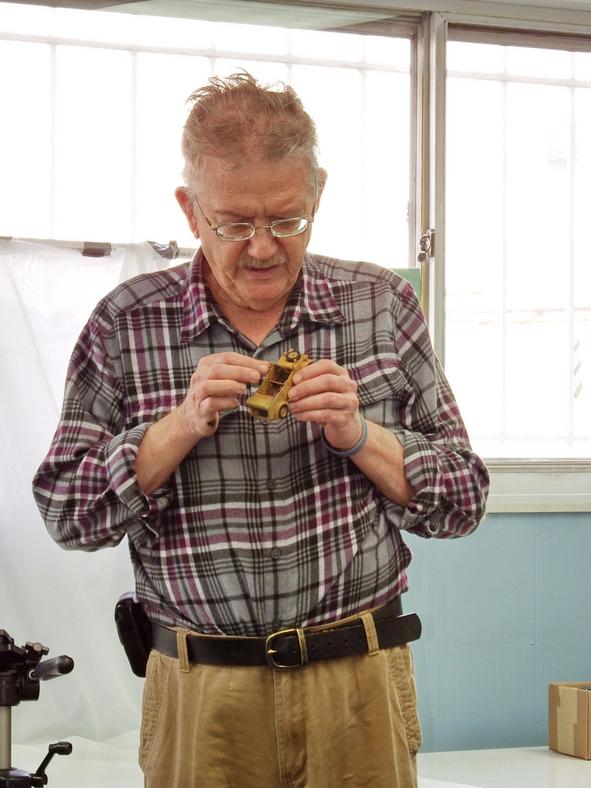 Here are three shots of the meeting…less a few members who arrived late.

Stan the man Carrier went crazy on his model, too!  Here is his Tamiya Henschel turret King Tiger.  He used Fruilmodel metal tracks (they work and the noise they make reminds me of the imitation Tiger in Saving Private Ryan.)  The fenders are PE and the barrel is metal.  The figure is from Tamiya and he used Tamiya paint and Italeri decals.  Wow!

Let’s take another look at Lucas Payne’s 1/60 Ork Warbuggy which is part of the Warhammer game.  I think everything is scratchbuilt except for the wheels/tires.  He used Citadel acrylic paint.  Man, I am impressed!!!!

We’ll start with his Royal Majesty, JR Burggren.  He just completed an AMT ’58 Chevy Impala modified stocker.  He added a roll cage, interior, tires and wheels, and bumpers.  He also grooved the tires.  Decals were from his spares box and he used Model Master classic white gloss rattle can and after applying the decals, he sprayed it down with Dullcote.  Awesome as usual!

Good guy Mark Jahsan showed off his 1/48 models of the Otaki J2M Raiden and Tamiya A6M2-N Rufe seaplane.  Today’s theme is that both of them were captured from the Japanese in Singapore and evaluated by the Allied Technical Air Intelligence Unit.  The Rufe became the property of the French and promptly sank during its first take off!  Great job, Mark!

Great meeting...great models!  See ya at the November Work Session! 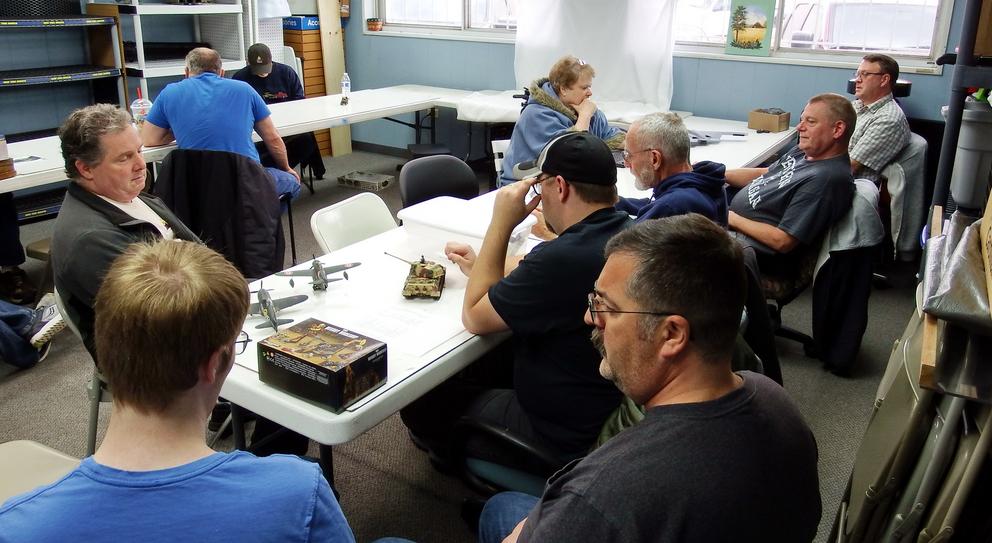 Next is our modeling perfectionist, Alan Vandam.  He started this model last spring.  Tamiya chassis and tracks...Gaso-Line M-7 Priest upper body.  It consumed 3 Sherman kits and 2 Jeep kits…and a ton of expensive aftermarket goodies.  The 50 cal MG cradles were built up from 7 PE parts.  Jeez!!  All the fiber tubes for the shells were scratchbuilt.  Rear exhaust scratchbuilt.  There is more but you get the idea!  Yeah, he’s crazy!  ;-)  It is beautiful! 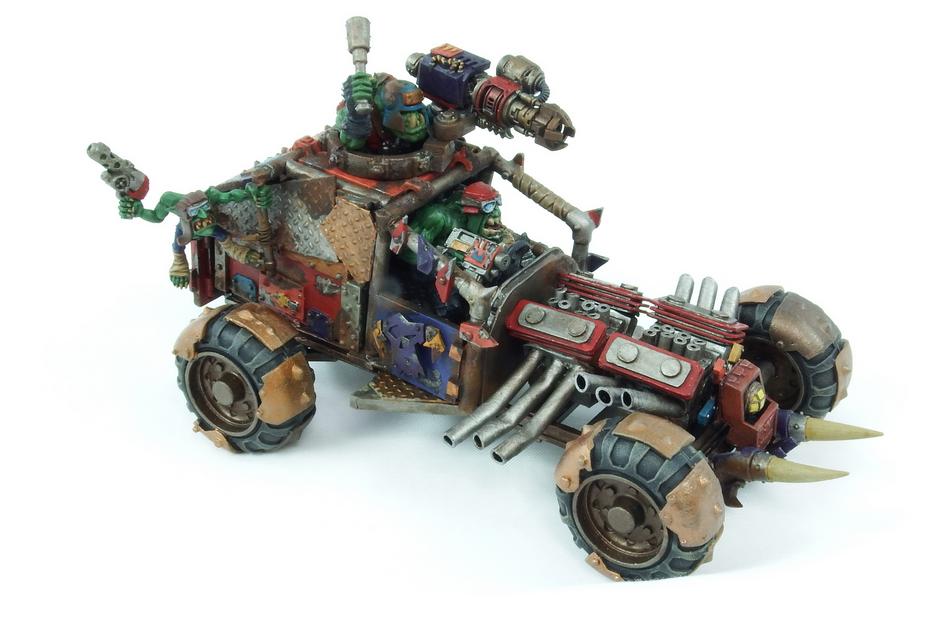 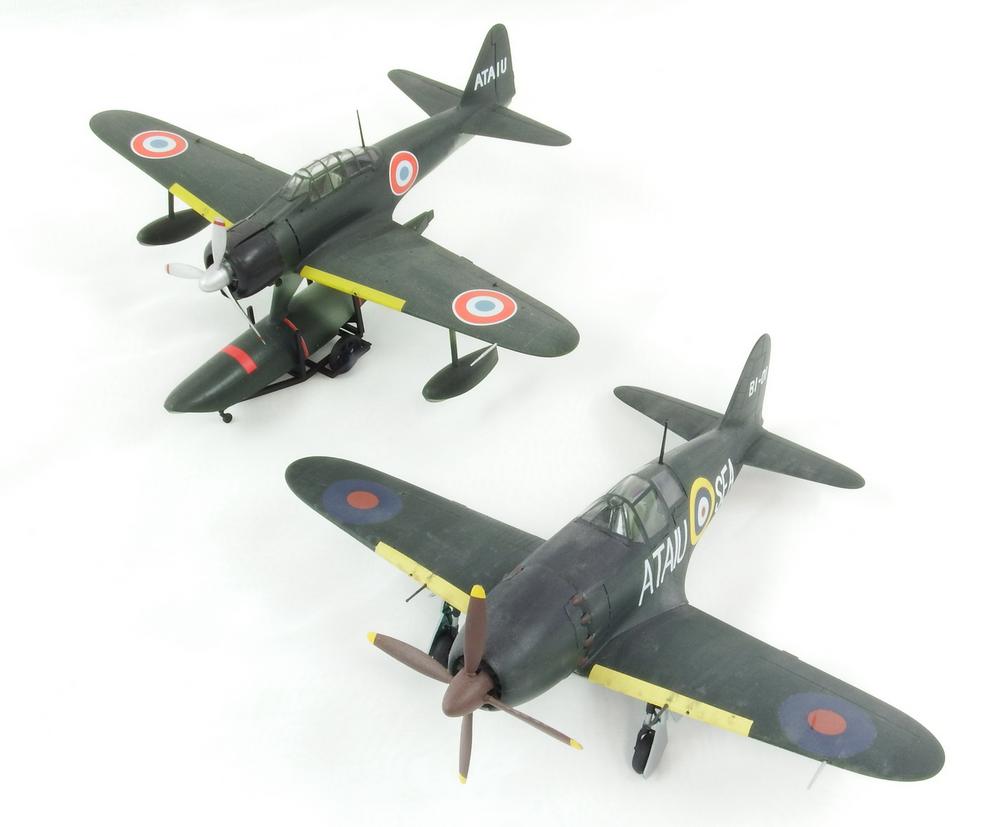 Doug Seekman decided to build another Testors 1/72 B-2 Spirit.  He painted it with Mr. Color as they had a gray that was a good match for the real plane.  He use Pavla Aces II ejection seats and Begemot decals (which he liked).  He purchased the kit on Ebay…the kit was a mess but all the parts were there.  Awesome!